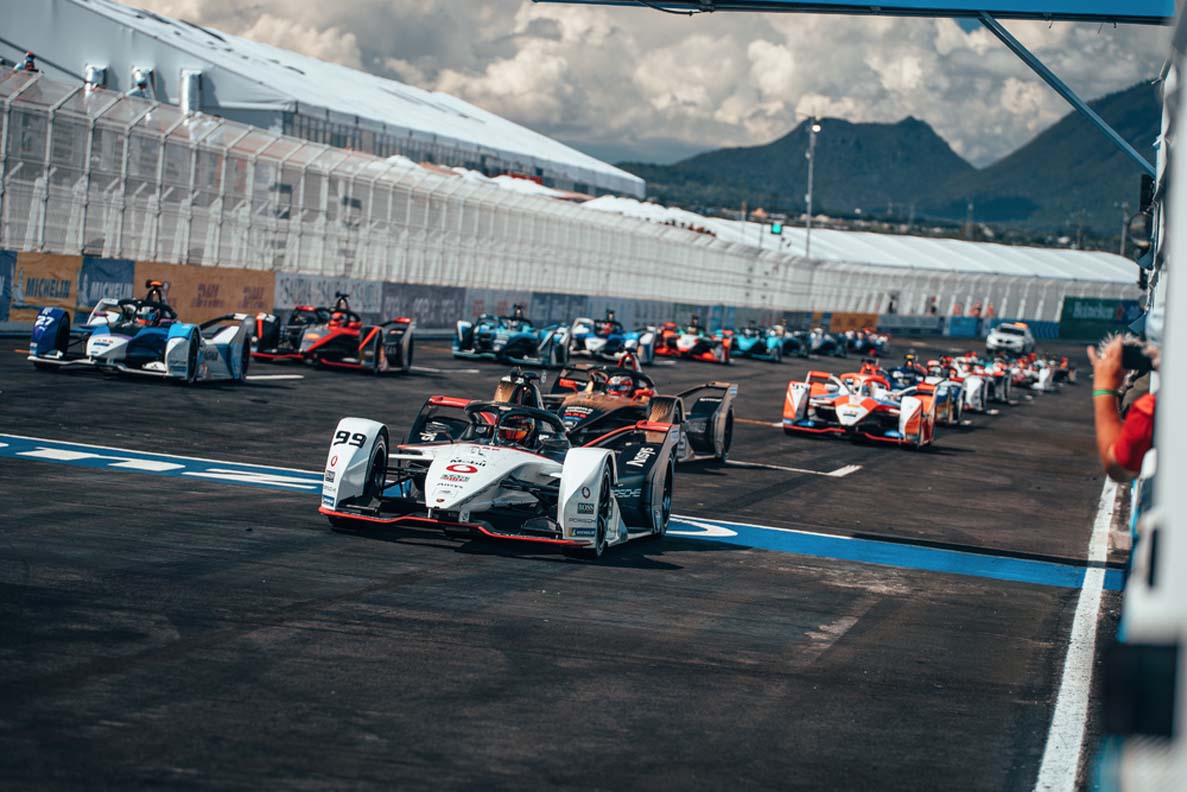 First a win followed by disqualification, then second place and a time penalty: The TAG Heuer Porsche Formula E Team experienced an eventful Puebla E-Prix in Mexico, with convincing performances in both the qualifying and race. However, despite a disappointing outcome, the Puebla E-Prix marked a promising start into the second half of the ABB FIA Formula E World Championship.

At the premiere of the innovative electric racing series on the Autódromo Miguel E. Abed circuit, Pascal Wehrlein (GER) was the first across the line with the Porsche 99X Electric after an outstanding performance at race eight of the season – only to be disqualified by the race officials due to an irregularity in the tyre registration. Obviously unaffected, Wehrlein bounced back for the second race on Sunday to finish second after a tough fight. In the closing stages of the race, the additional power provided by the Fan Boost was not utilised, and Wehrlein was handed a five-second time penalty, which threw the German back to fourth place.

For the first time in the current Formula E season, spectators were allowed at the circuit. 10,000 tickets were given away to staff of the Mexican health system.

Race 9
Despite the huge disappointment after his disqualification, Pascal Wehrlein made a remarkable recovery. After his pole position the previous day and setting the second-fastest time in the Super Pole Qualifying, he took up race 9 from the first grid row. In lap seven he seized the lead in the No. 99 Porsche 99X Electric, only to lose the top spot shortly afterwards when he activated Attack Mode for the first time. After twelve laps, Wehrlein again picked up the 35 kW of additional power for four minutes and from fourth place went in pursuit of the top three. Thanks to a strong drive and efficient energy management, the Porsche driver moved up to second place by half time and kept his cool during the final phase in the Puebla summer heat. Having slightly overworked the front tyres during his charge on the abrasive asphalt of the 2.982-kilometre Formula E circuit in Puebla, it proved impossible for Wehrlein to chase down the leader. After 45 action-packed minutes plus one lap, the German crossed the finish line in second place. Due to a subsequent time penalty, he was classified fourth.

His teammate André Lotterer (GER), who had also been disqualified on Saturday, drove a solid race during the opening stages on Sunday. Taking up the race from the fifth grid row after qualifying on tenth, he was on course to score points with the No. 36 Porsche 99X Electric. However, after making contact with a competitor in the second half of the race, he fell back to finish 17th.

Comments on the Puebla E-Prix, Race 9

Amiel Lindesay, Head of Operations Formula E: “Except for the disqualification and the time penalty, this was a very insightful weekend for us. We made great progress, although this is not mirrored in the final results. On Saturday we showed that we’re able to win races, and on Sunday we confirmed our strong performance. Pascal drove an incredibly efficient race. At the start, he lost some positions but regained them and put pressure on the leader over many laps. His tyres had deteriorated from the chase on the rough tarmac, but he couldn’t get past and secured a commendable second place. Unfortunately, the time penalty cost him the podium result. André made up positions after the start but then plastic banners got stuck under the car, which completely changed the vehicle balance. We stand united as a team after Puebla and now we look forward to New York City.”

Pascal Wehrlein, Porsche works driver (#99): “We were really strong over the entire weekend. Compared to the last race we took a huge step forward. I’m very happy about that. My relationship with the team gets better from race to race. I understand how to get even faster with the Porsche 99X Electric, and the team understands how I’d like the car to be. We can be proud of the progress that we’ve made together. First and second in qualifying, first and second in the race – without the disqualification and the time penalty we’d be on top of the championship right now. I look forward to the races in New York City.”

André Lotterer, Porsche works driver (#36): “I had a good start and was very happy with the car. But then I picked up a lot of plastic ribbon from an advertising board at the side of the track, which altered the handling of the Porsche 99X Electric, especially in the fast banked corner. Unfortunately, my race was compromised after that.”

Next up
The next event for the TAG Heuer Porsche Formula E Team is the New York City E-Prix on 10/11 July with races 10 and 11 of the ABB FIA Formula E World Championship.

Porsche in Formula E
The TAG Heuer Porsche Formula E Team contests its second Formula E season in 2021 with the Porsche 99X Electric. André Lotterer celebrated a successful racing debut in November 2019, finishing second at the season-opening race in Diriyah after meticulous preparation: a dream start and proof that Porsche had a competitive vehicle right from the outset with the Porsche 99X Electric. This was impressively underlined by the first pole position in Mexico City and another second place on home turf in Berlin. Formula E is the world’s first fully-electric street racing series and, as an accelerator for innovative and sustainable mobility technologies, it has brought thrilling motorsport to people living in major cities since 2014. This season, in which a driver and team world champion will be crowned for the first time, more automobile manufacturers compete than in any other racing series. As such, the races are fascinating and fiercely contested. 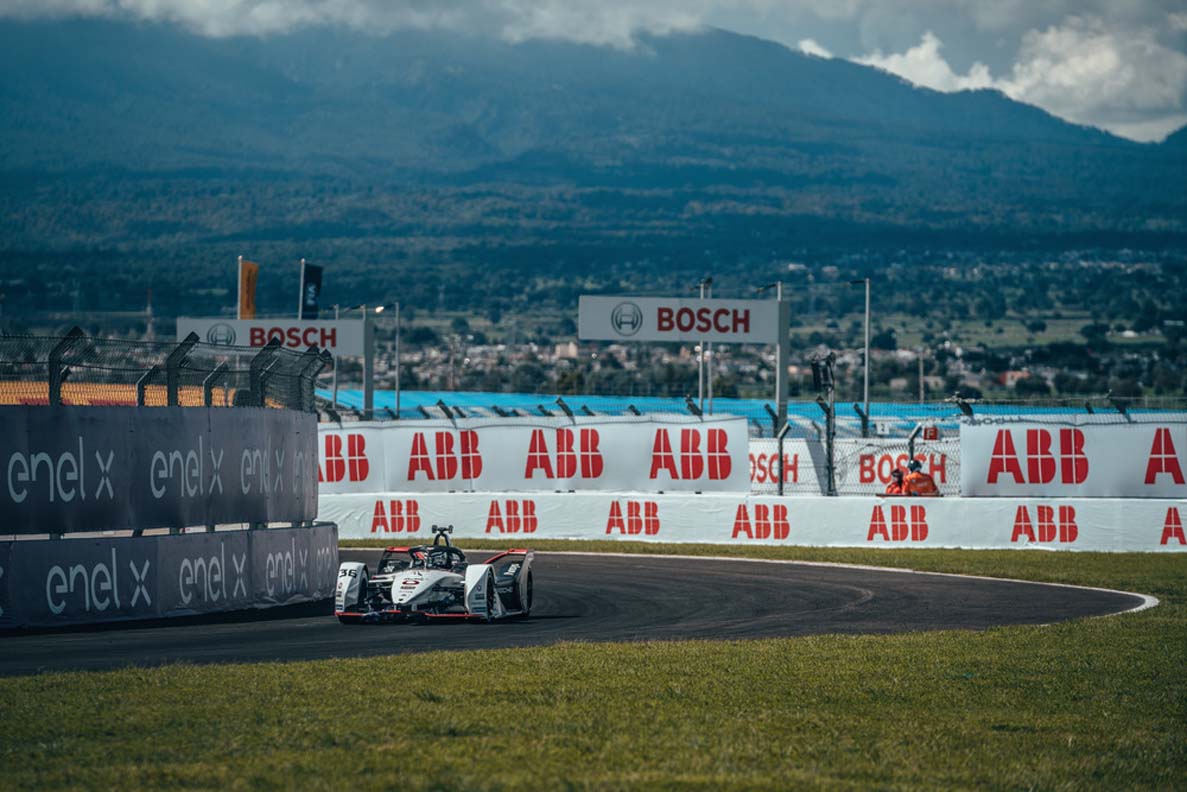 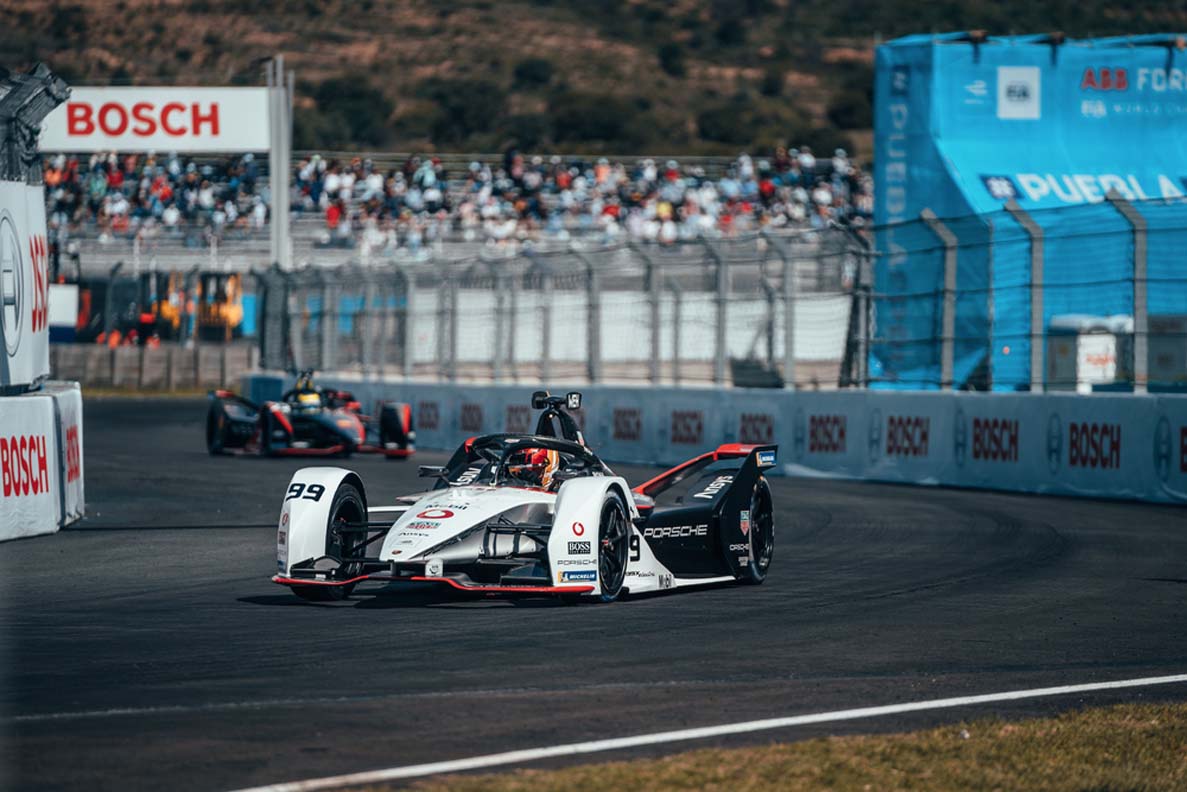 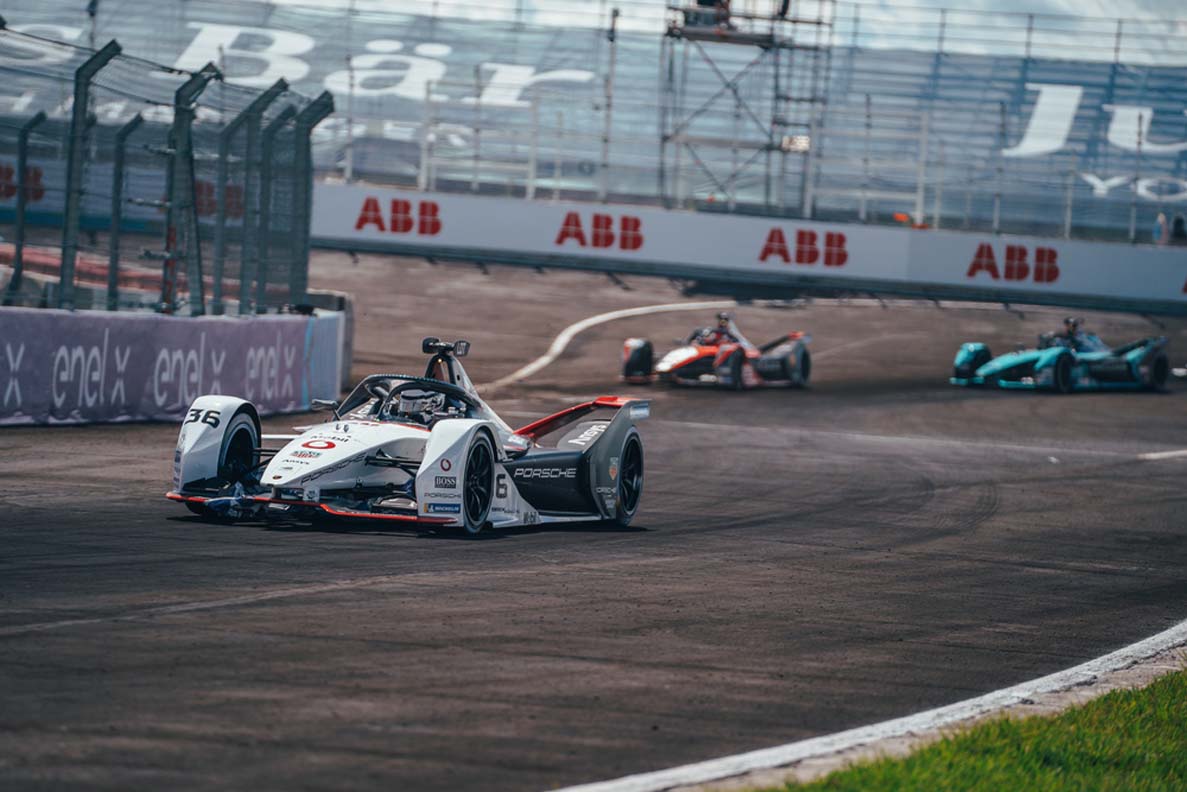 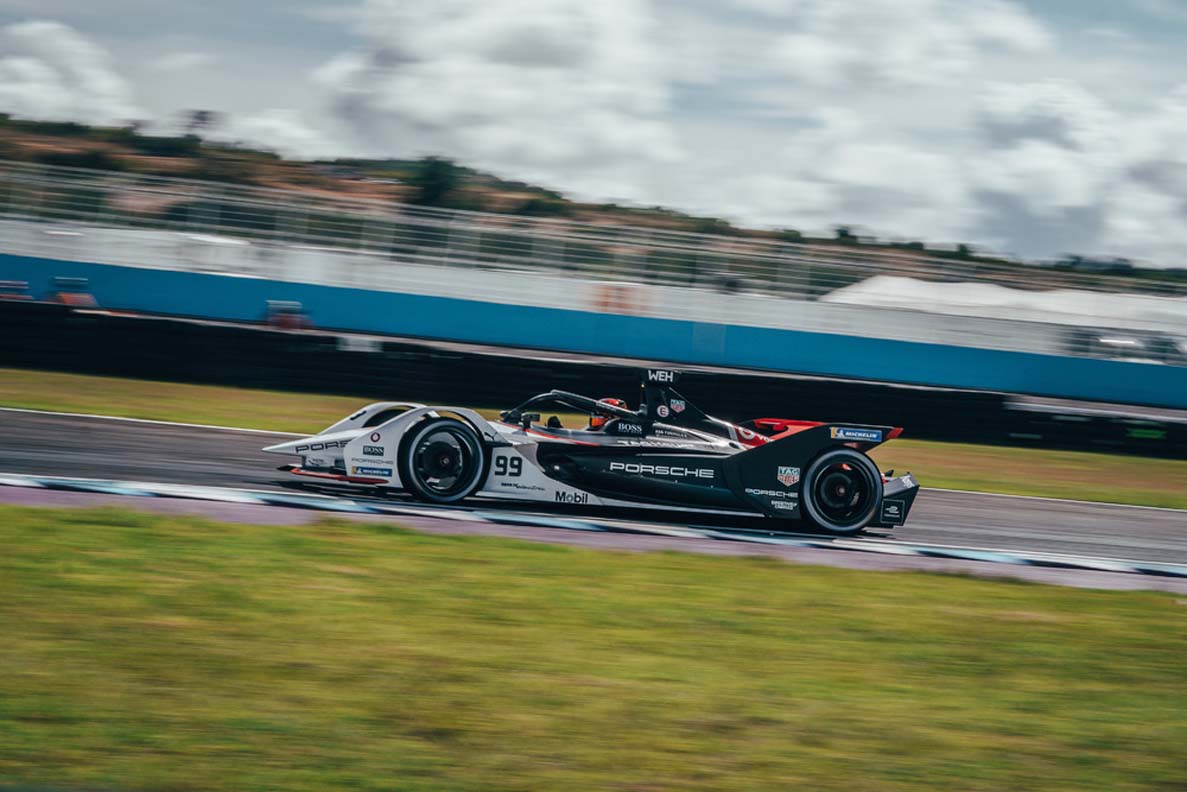 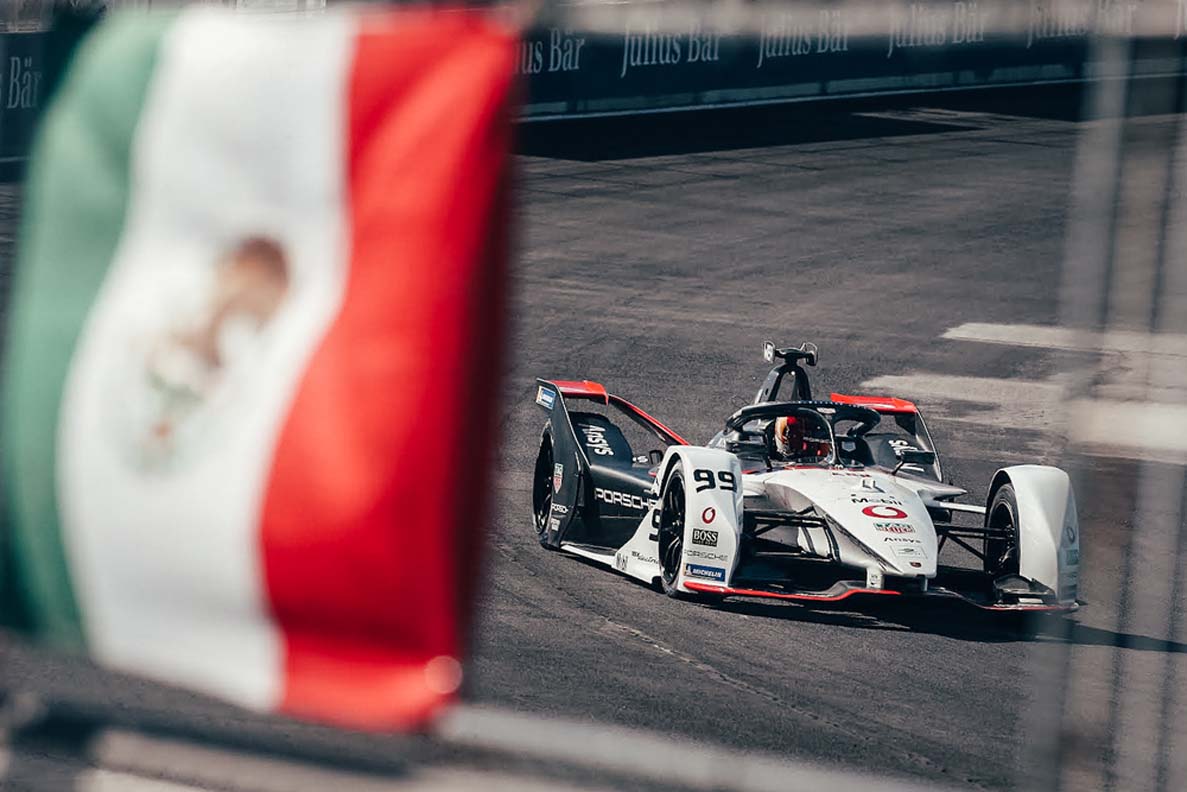 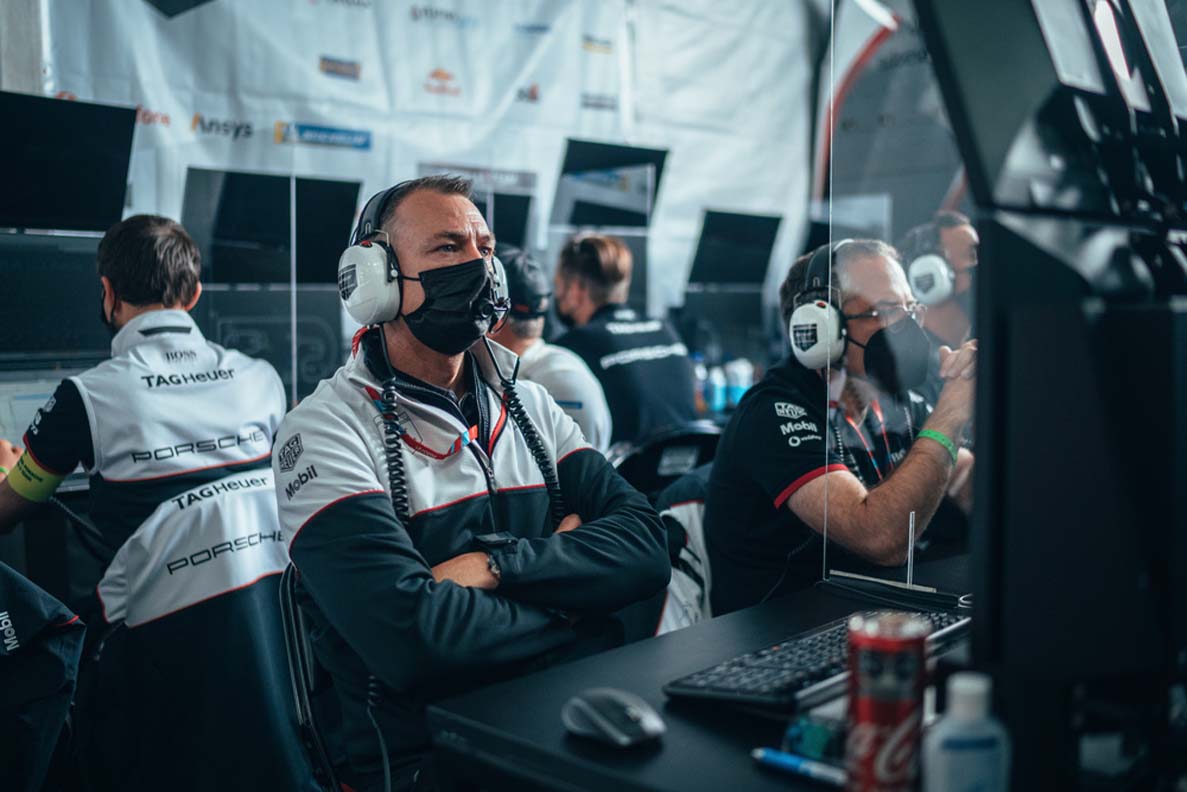 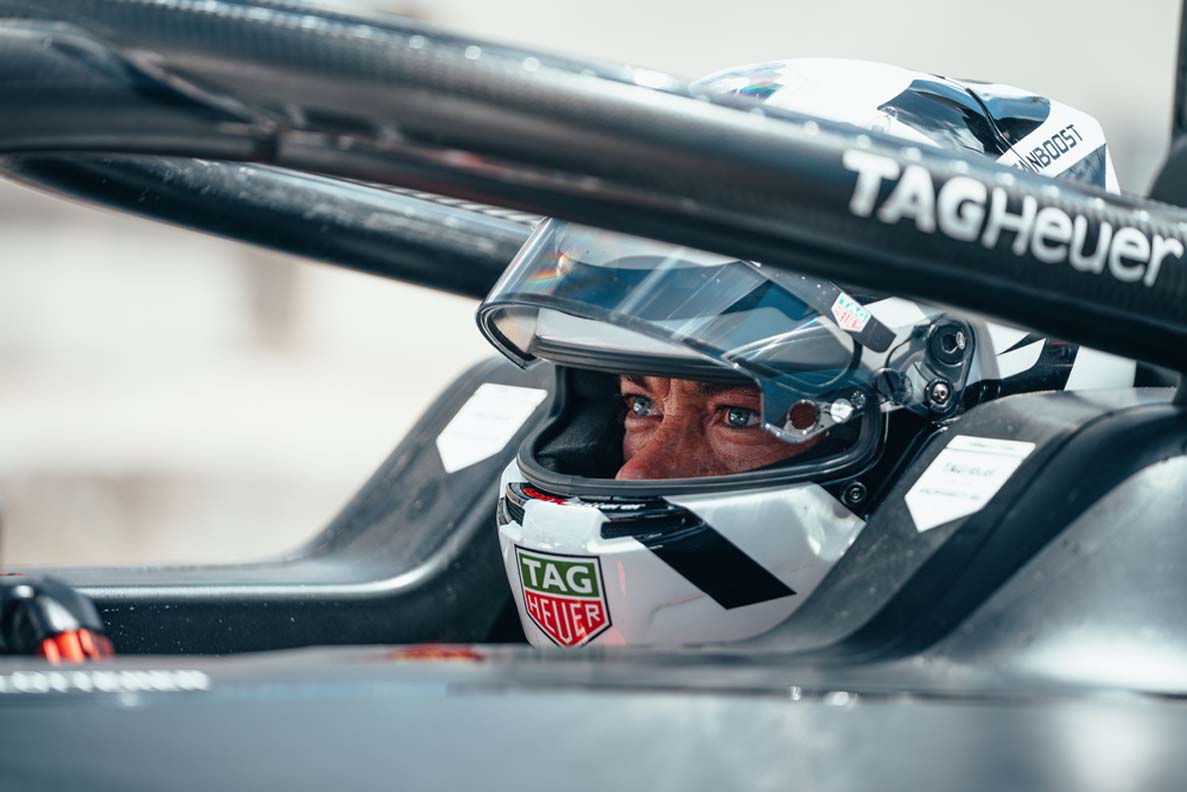 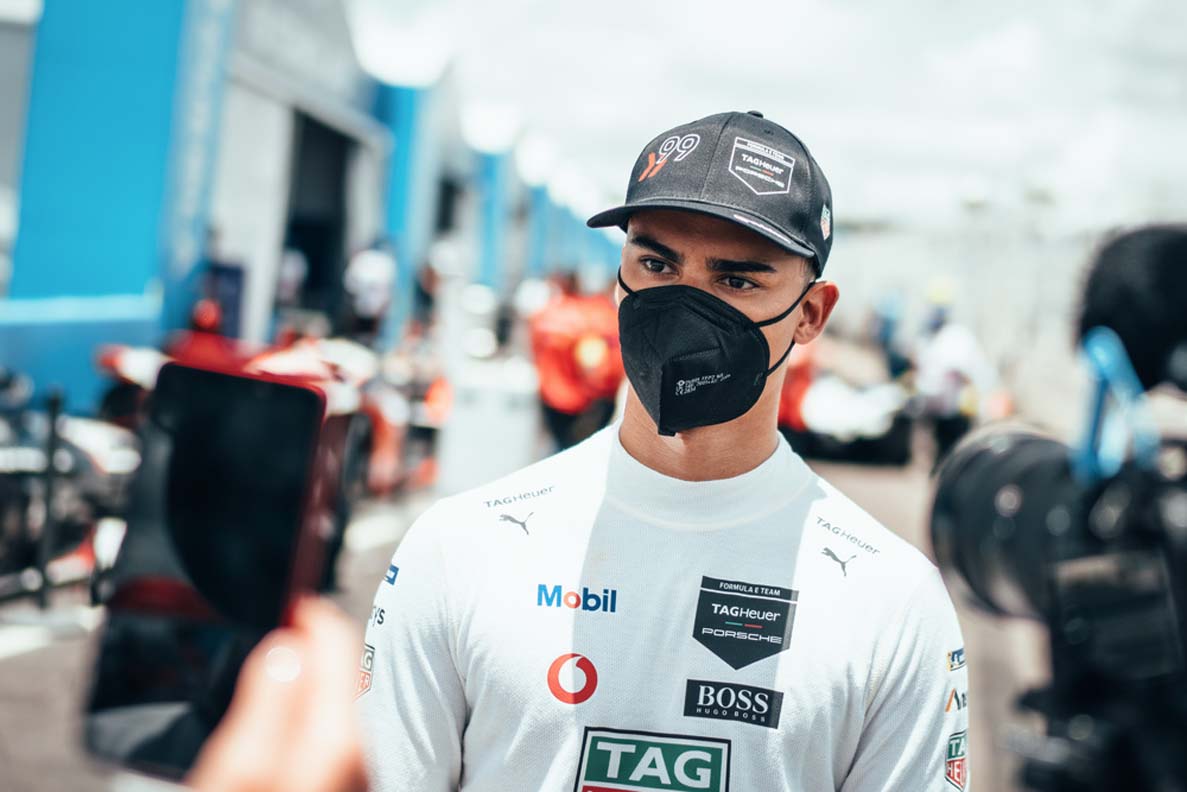 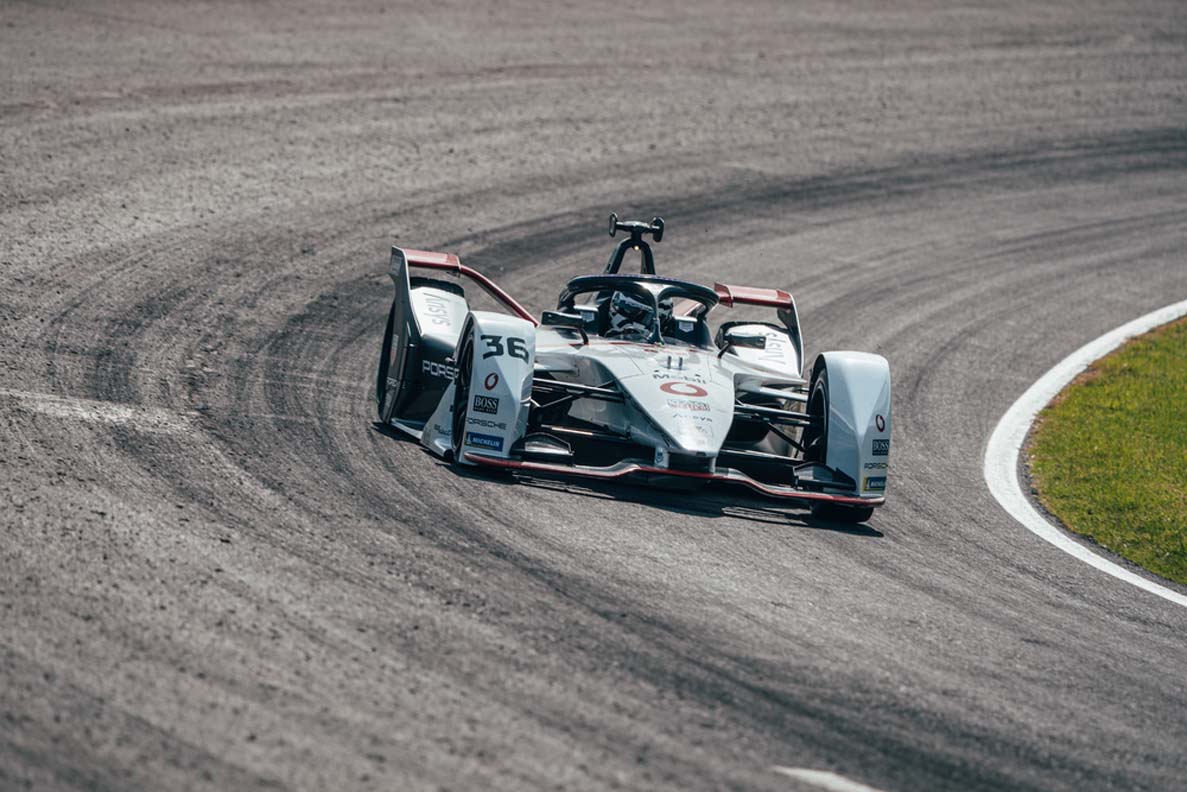 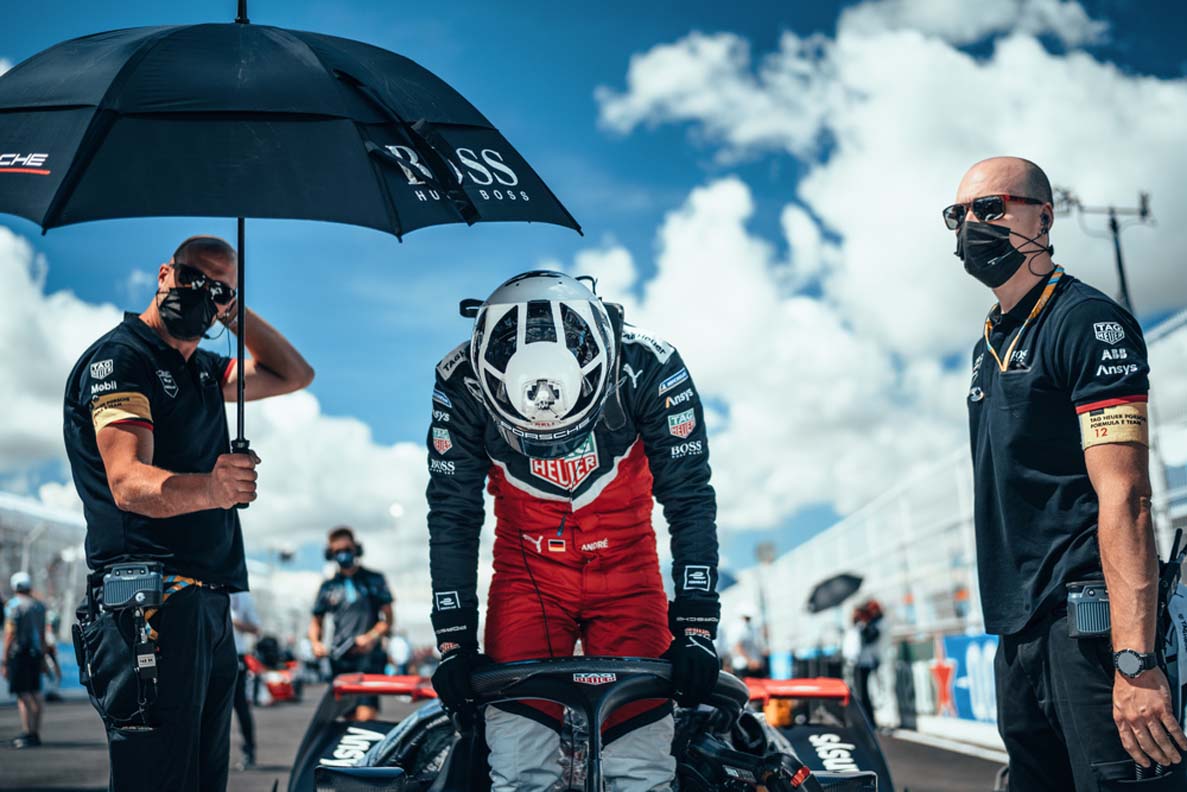