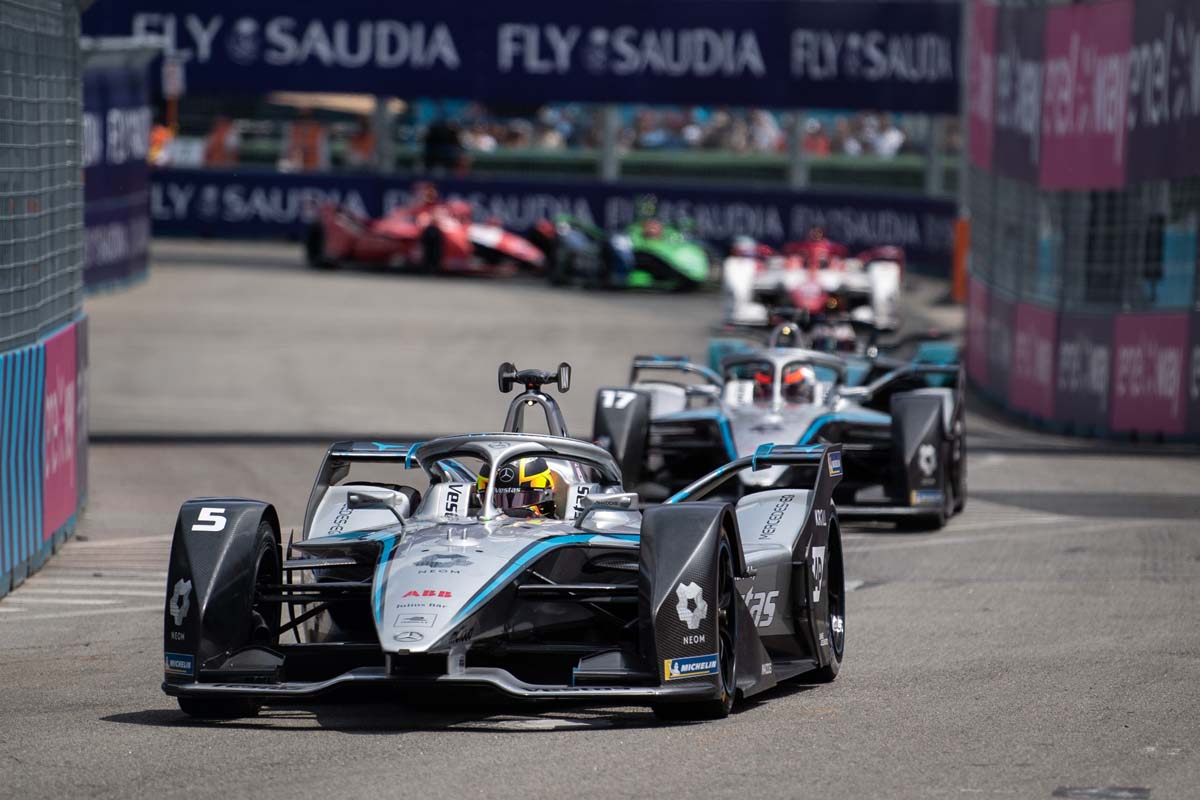 António Félix da Costa led from the start to Chequered Flag in the second race of the New York City E-Prix double-header, the first victory of the season for da Costa and his DS TECHEETAH team.

A third place finish for Mitch Evans of Jaguar TCS Racing also closed the gap on Edoardo Mortara to five points after Mortara was limited to 10th place and a single point. A braking problem in Qualifying had marooned Mortara at the back of the grid.

In front of a second sell-out crowd on the scorching Brooklyn Street Circuit, Portuguese da Costa sprinted away from first on the grid and fended off the attentions of Alexander Sims (Mahindra Racing) early on before Vandoorne applied pressure later in the race. The Mercedes-EQ driver could find no way through, with da Costa expertly controlling his car’s energy and position all the way to the Chequered Flag.

Mitch Evans wound up third, holding on to a mid-race half-spin as he tried to break into the top. Evans hit a bump in the Turn 6 braking zone and caught a huge sideways slide to keep it out of the wall and drop only to fifth. By the Chequered Flag he had fought his way back to third and silverware, with Sims following home in fourth for Mahindra Racing.

Sam Bird’s scrap to fifth position from 16th on the grid left the Jaguar garage in raptures and reignited their Teams’ World Championship push. Robin Frijns rounded out the top six for Envision Racing. Nyck de Vries (Mercedes-EQ Formula E Team) was next over the line in seventh, with Jake Dennis (Avalanche Andretti) in eighth, TAG Heuer Porsche Formula E Team’s André Lotterer in ninth and Mortara recovering for a valuable point in 10th.

With just four rounds to go, Vandoorne returns to the top of the Drivers’ World Championship, with an 11-point margin over prior leader Mortara. Evans is five points further back in third with Jean-Éric Vergne unable to score, the Frenchman sits 27 points shy of the top. Mercedes-EQ is top of the Teams’ running, ten points up on DS TECHEETAH

It’s London calling for the next stop in the ABB FIA Formula E World Championship. The London E-Prix double-header on 30 and 31 July is a unique event in the Formula E calendar with an outdoor/indoor track running through events venue ExCeL London.

Following Rounds 13 and 14 in London, it’s the Season 8 climax in South Korea with the first-ever Seoul E-Prix double-header of races concluding the biggest-ever 16-race calendar.

ANTÓNIO FÉLIX DA COSTA, DS TECHEETAH, #13 said: “I love it! This is a little bit like our Monaco, it is such an incredible city and to win here – I finished second and third here in the past – but to win this one today is amazing, especially given where we were coming from after such a tough start to the season. I love this, I love the struggle and to keep proving everyone wrong, working with my guys and keep on improving and finding ourselves better, and here we are standing as a winner this season again, amazing. Thank you so much to the team, FANBOOST, everybody, I love it.

“The guys behind were keeping me honest the whole way. I didn’t have a lot of information how we were doing on energy, so I was just trying to stick to my targets and I was mentally ready to fight, if I have to lose a position I would, but I really wanted this win and I could see with like ten laps to go what Stoff had and that I could keep him behind if I made no mistakes. The track was picking the grip a lot, cars starting to oversteer, very hard not to make mistakes, but I am so happy with this.

“(It is our) first win of the season. We have worked so hard man, these guys called me out to Paris and I spent weeks in the sim. It’s boring, it sucks! But I need to thank them as well. I know I am the one lifting the trophy now but I couldn’t do it without the 18 guys behind me, back in Paris as well. I am so happy and to do it with all the fans is amazing. The end lap was really amazing.”

STOFFEL VANDOORNE, MERCEDES-EQ FORMULA E TEAM, #5 said: “It is a great result today, and overall the weekend was a great result. P4 yesterday, P2 today, and especially after what happened yesterday with the big crash, the team had to change a complete new chassis and rebuild a new car overnight. They gave me a good one again today, so thanks to them. This result is definitely for them. It has been a good weekend for us in New York.

“I have always had consistency, obviously last season with the more random qualifying format it was difficult to show, but I think this year it is possible to excel a little more. So far we have been on a very good run, but we can’t back it down because competition is super strong – Antonio’s first victory today – Mitch was super strong again in the race, he was hunting us down. It comes down to small details, we need to keep on top of it.”

MITCH EVANS, JAGUAR TCS RACING, #9 said: “When you’re in the title fight you have got to get stuck in when your back is against the wall. There was the time I got the pothole and the car went, and I thought ‘that’s it we are over’. Before that I thought it was a pretty cheap move from Nyck to try and overtake me, obviously he is trying to help his teammate but it was one of those moves where I had to get out of the way or we make contact, and he obviously hits Alexander as well. Anyway it is the way it is, it is all strategy and tactics at the end of the day, but its not really my taste but even after that I am pretty sure the car was damaged after the big moment, and I thought I was out to be honest. The pace was good today, and without Nyck sticking up the inside of me I thought we would have won today.

“It is all part of the game, when you play your next move, sometimes it comes continuously but sometimes you need to wind it up for a few laps. Alexander was quick today in qualy, he got me in the Duels, and fairplay to them they were strong in the race and held their own. We had a really good pace today, unfortunately the win slipped away from us, but the pace was strong and that is encouraging.” 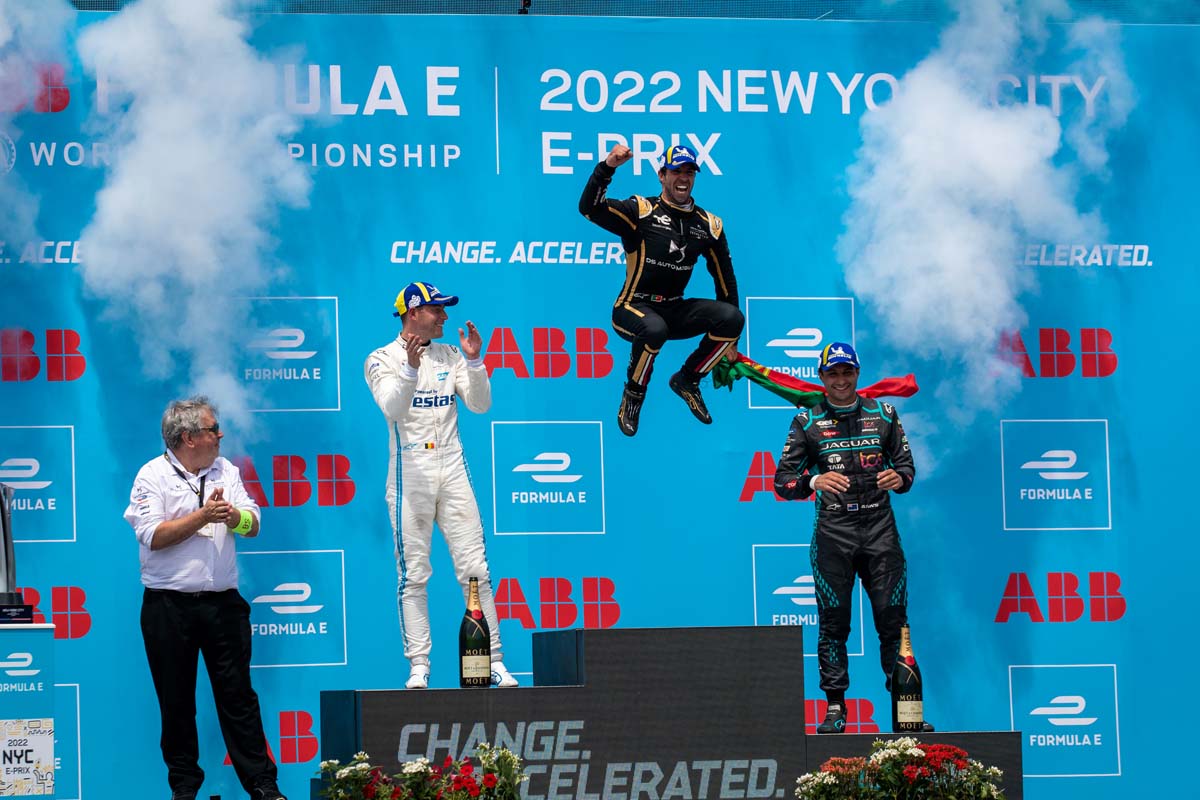 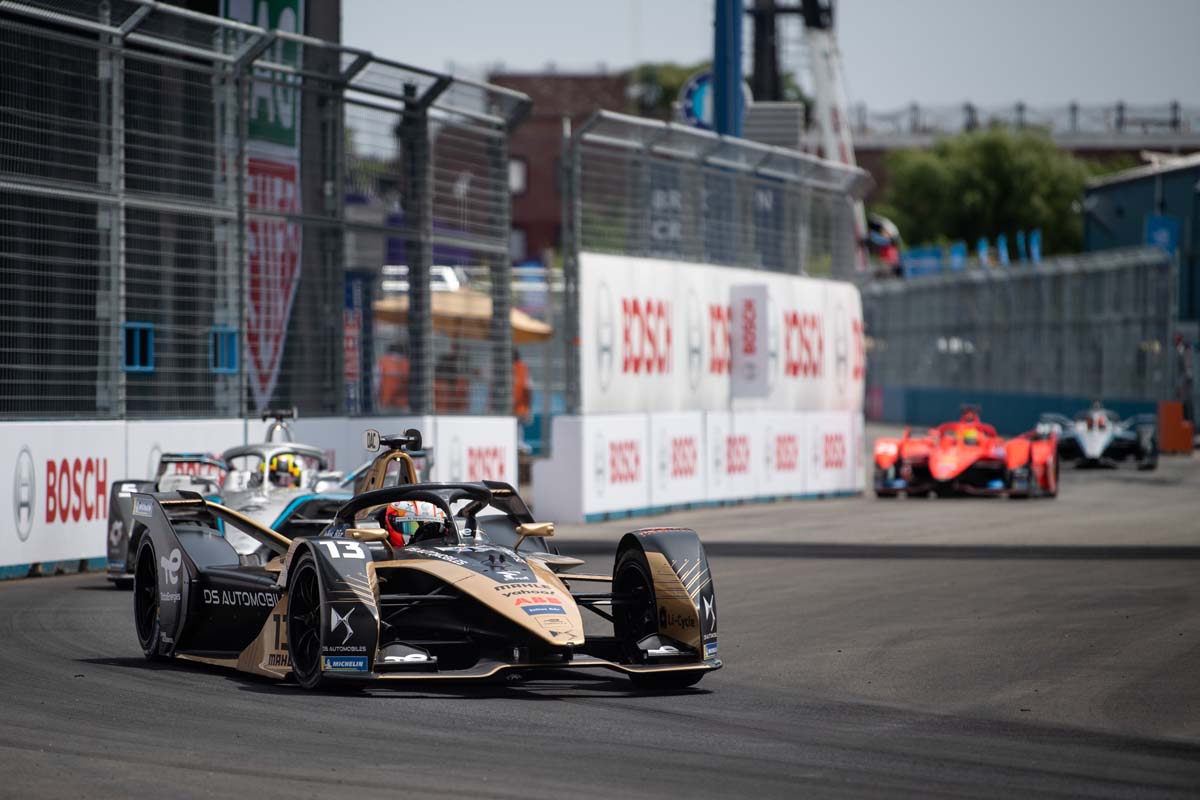 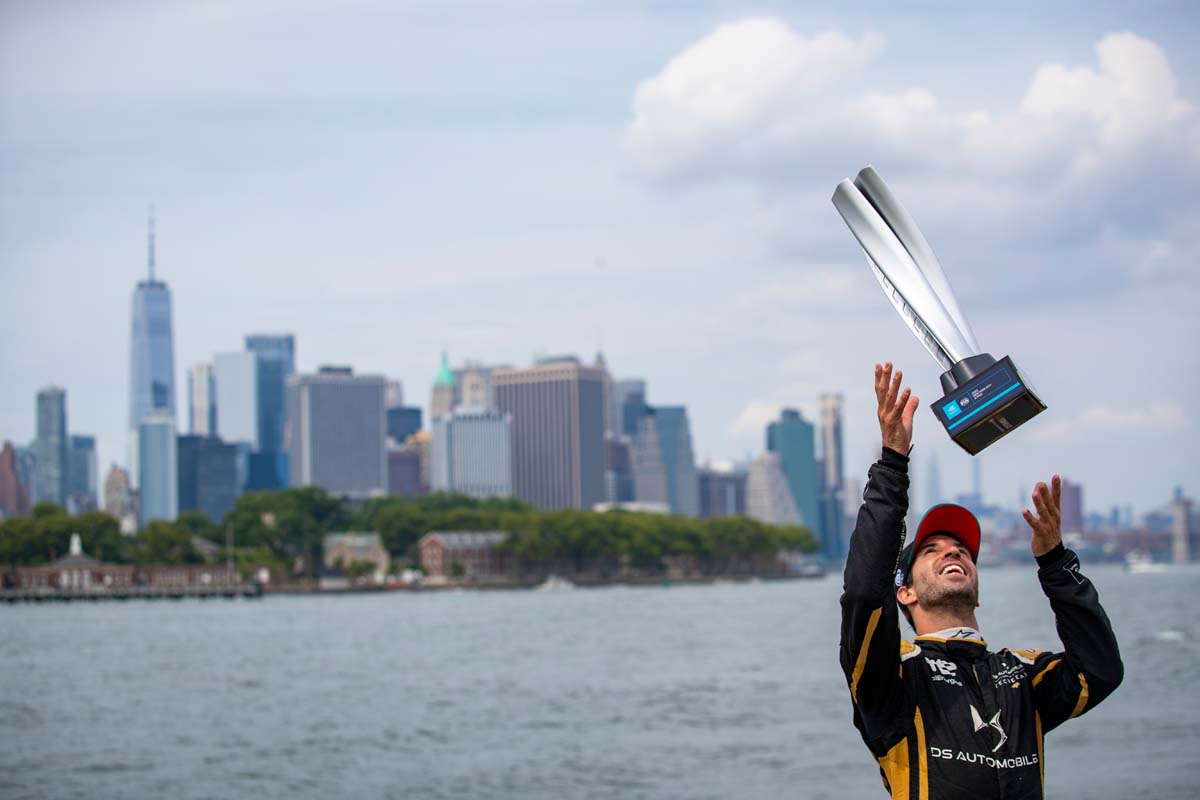 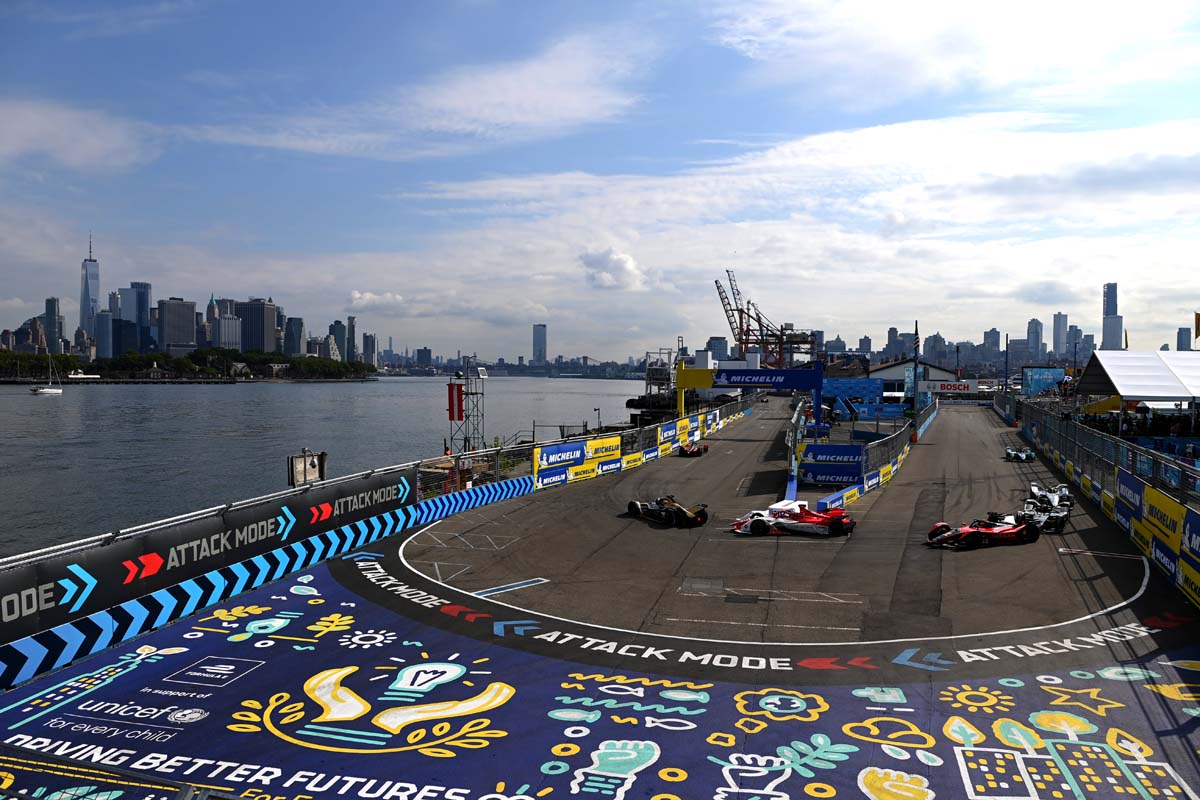 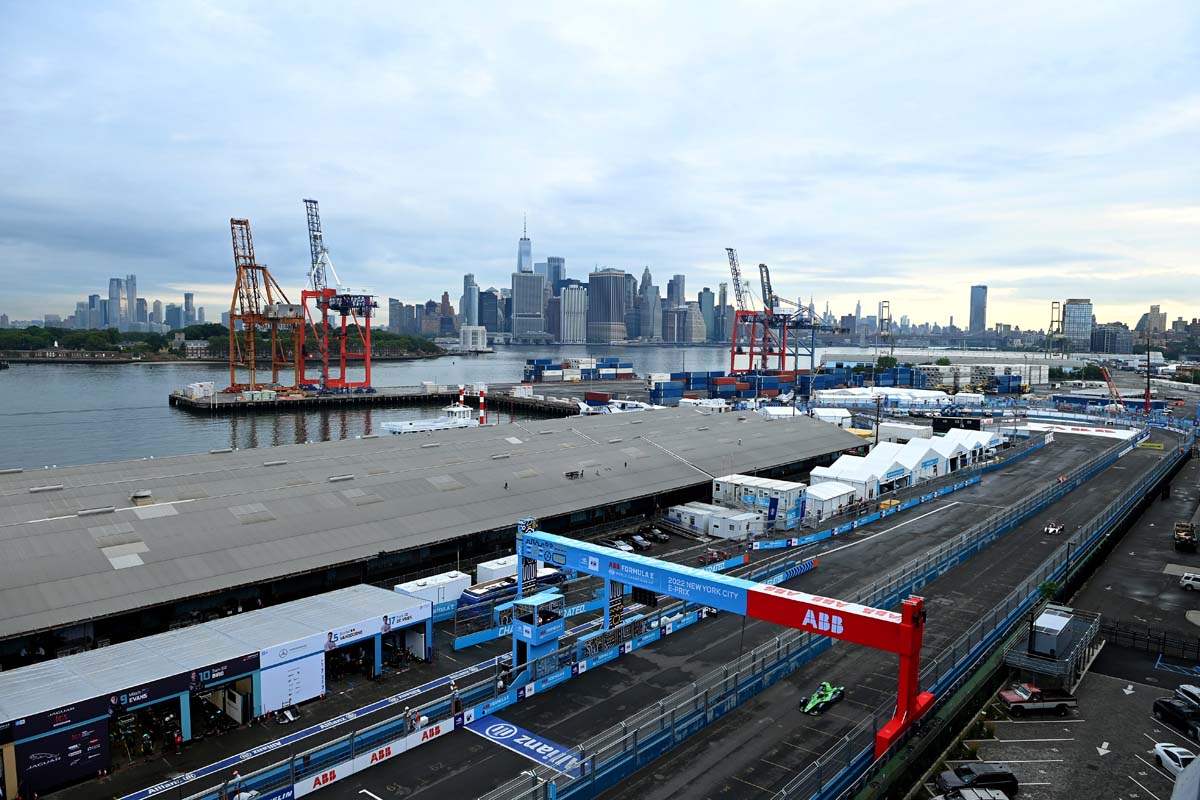