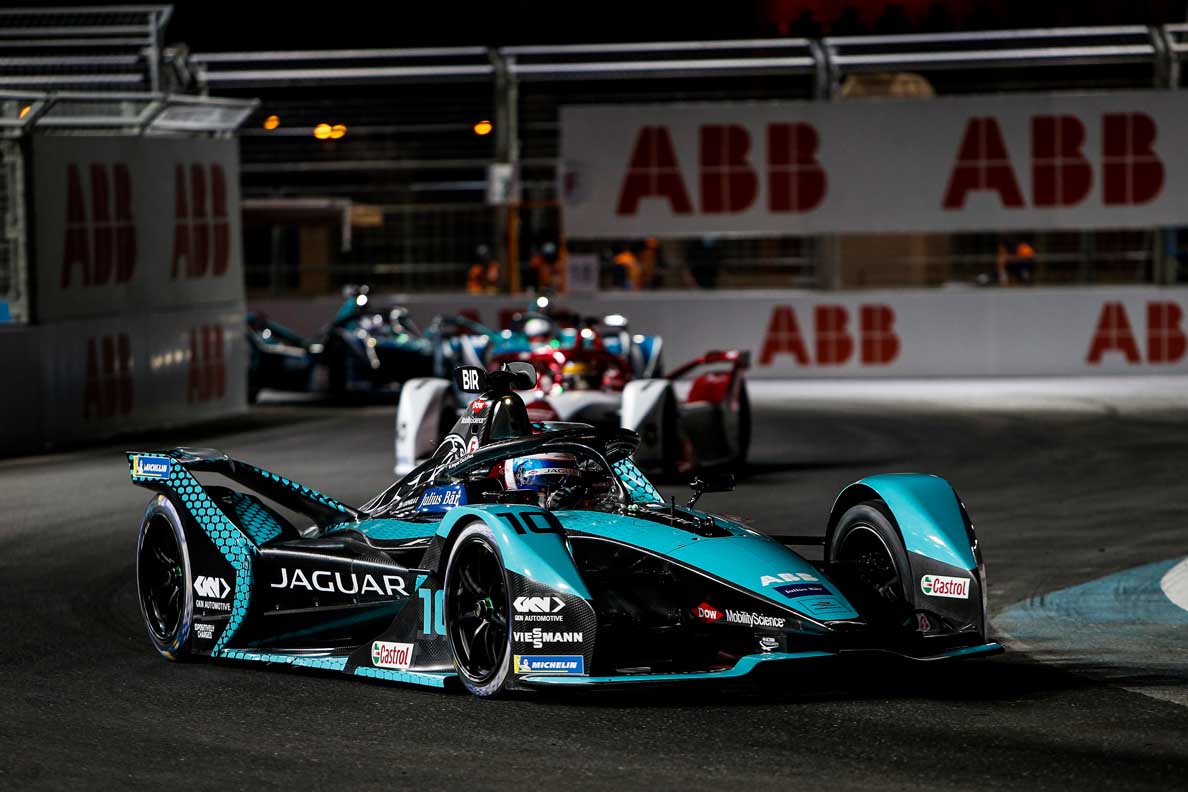 Sam Bird won the second round of the ABB FIA Formula E World Championship under the lights of the streets of Diriyah. Jaguar returns to the podium for the second time this weekend. Briton, Sam Bird, secured his debut victory for Jaguar after qualifying third in Super Pole.

Sam Bird started the race on the second row of the grid but made a decisive move and progressed into second at the first corner, overtaking Sette Camara. Bird battled with his old teammate Robin Frijns for the majority of the race – attacking and defending and showing the pace of the Jaguar I-TYPE 5. After multiple incidents, Sam followed the safety car for the last six minutes of the race before taking the victory under a red flag.

The second night race brought less fortune to the other side of the garage. It was frustrating day for Mitch Evans as he started in eighteenth on the grid after being held up by Oliver Rowland on his qualifying hot lap. The Kiwi did not finish after a collision ended his race.

James Barclay, Team Director, Jaguar Racing: “An absolutely fantastic way to start the season – two podiums in two races, a third place and a win is a really brilliant start for Jaguar in this most incredibly competitive world championship. It’s a real testament to the hard work and the expertise of the team that have worked together on all aspects of performance including the new Jaguar I-TYPE 5. It’s great to be leaving Saudi Arabia leading the championship and we’ll be working hard to continue this positive momentum into Rome.”

Sam Bird, Jaguar Racing driver, #10: “I’m so incredibly happy right now. Jaguar have opened their doors with open arms, let me into their family and taught me new things. We’ve worked really hard together during the pre-season and although there were some challenges, we’ve worked for this result. This is for everyone – not only for the people in Riyadh, but for the team back at the factory and everyone at Jaguar who have tirelessly worked on this project. We walk away from this weekend in a strong position and I look forward to racing on the city streets of Rome.”

Mitch Evans, Jaguar Racing driver, #20: “The race was always going to be tough from the back of the grid. I was trying to make some progress but ended up losing some places at the start. Although this is disappointing we’ve had a great weekend as a team, we’ve scored great points on both sides of the garage. We’ll take a lot from this weekend and hopefully move things forward for Rome.”

The lights turn green for the third round of the ABB FIA Formula E World Championship on the streets of Rome on 10 April 2021. 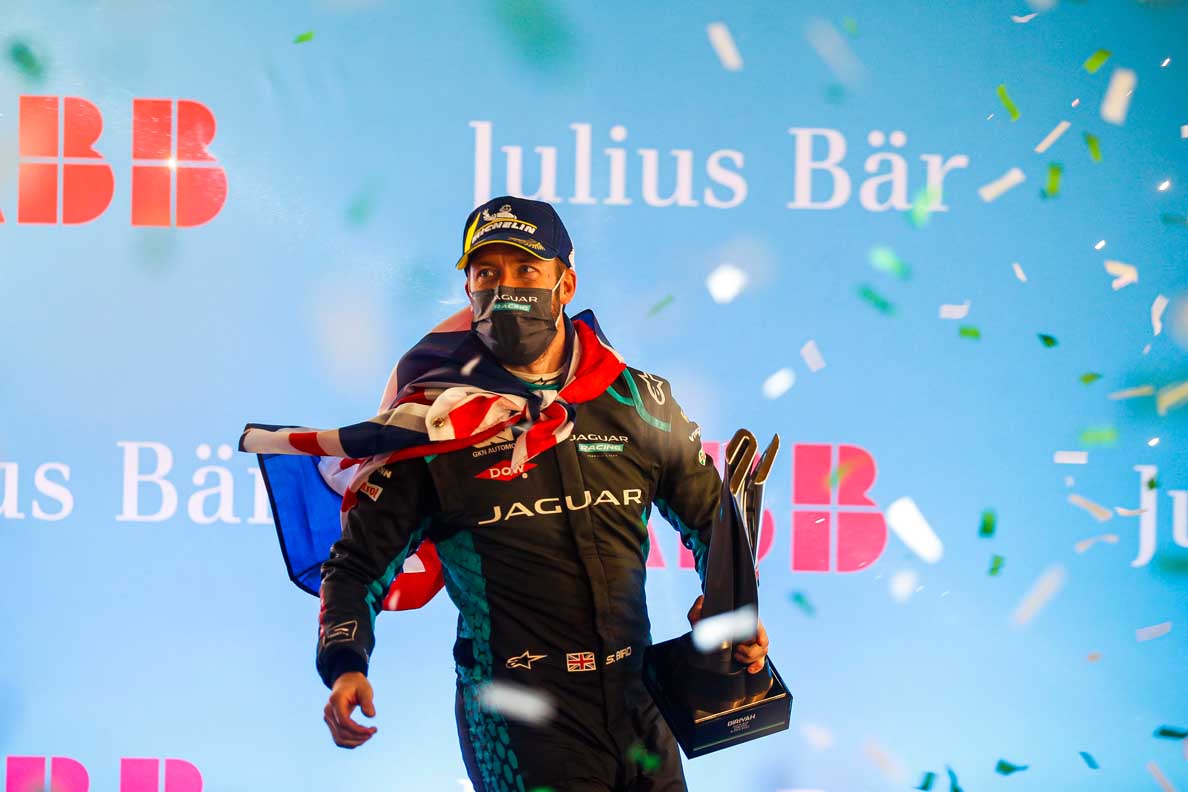 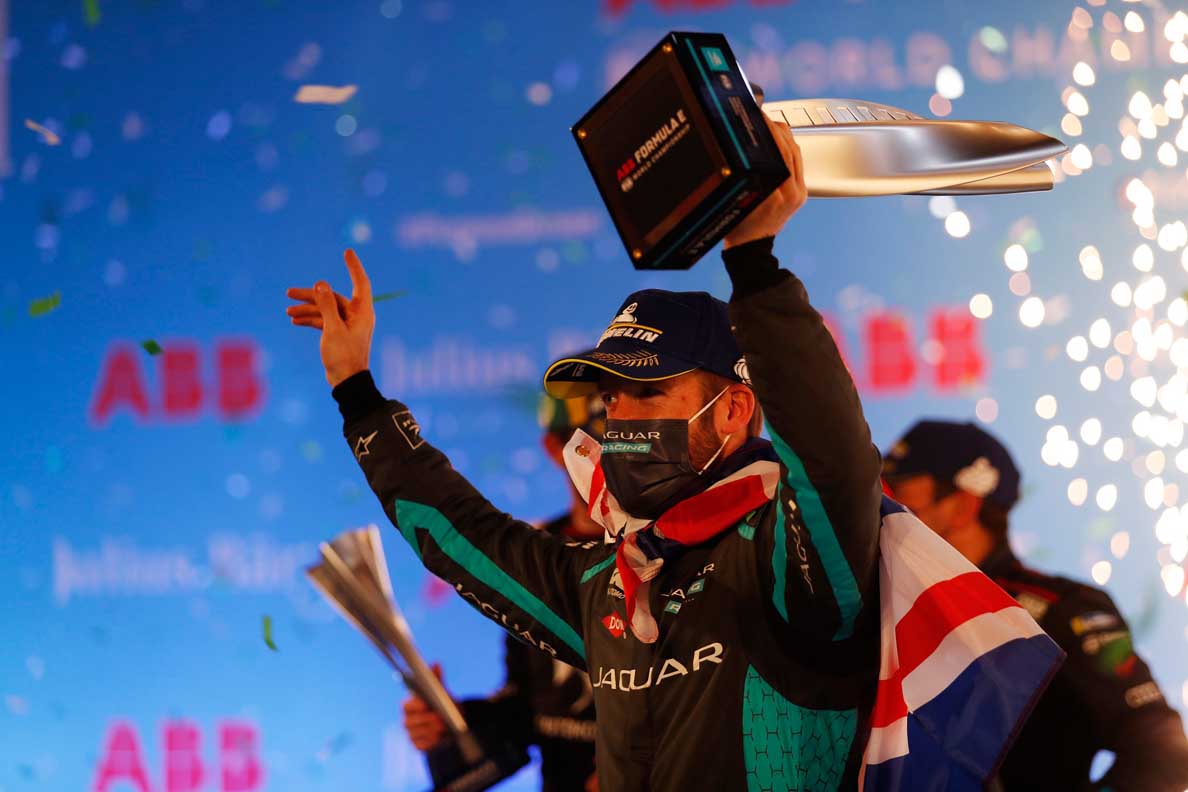 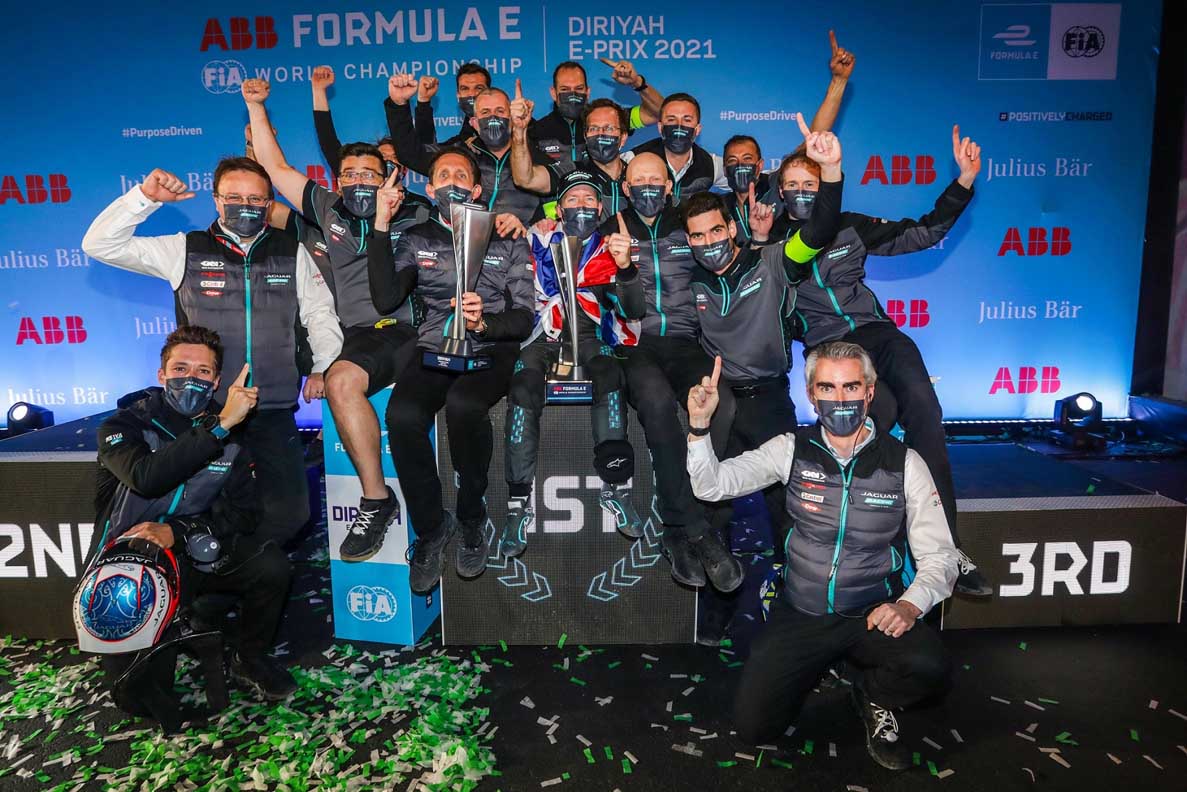 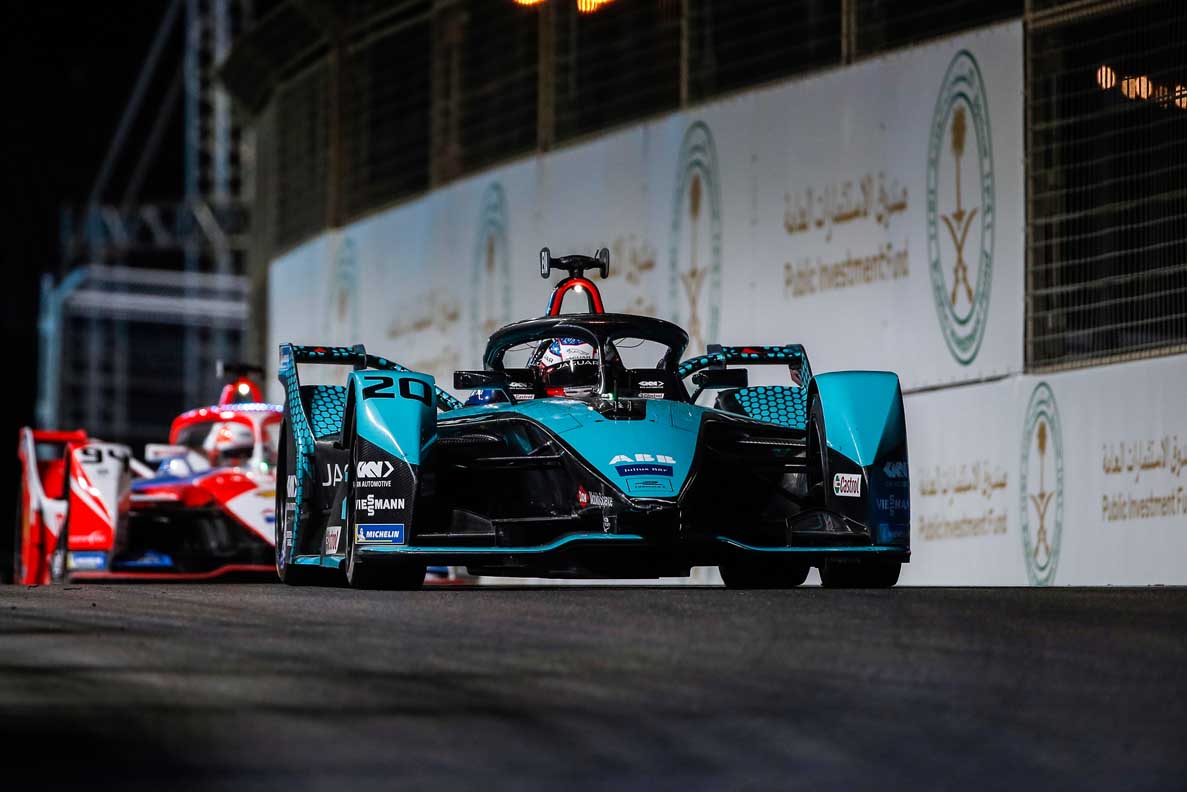 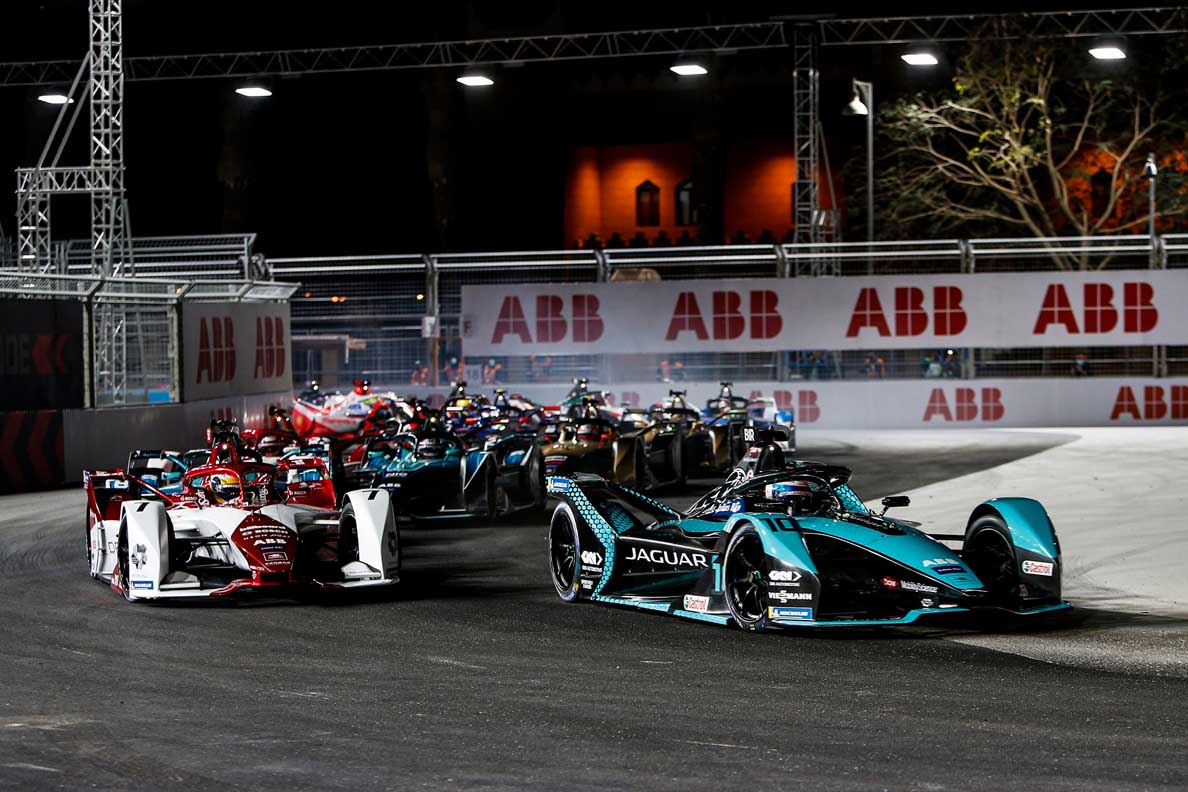 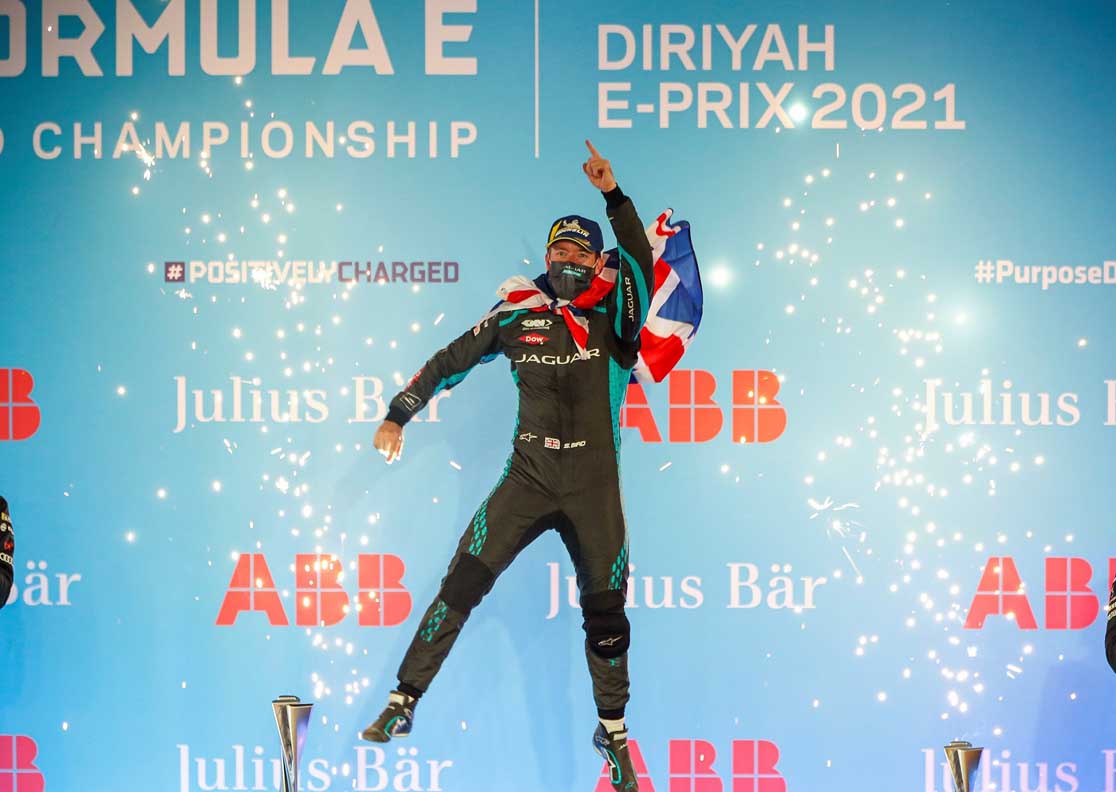