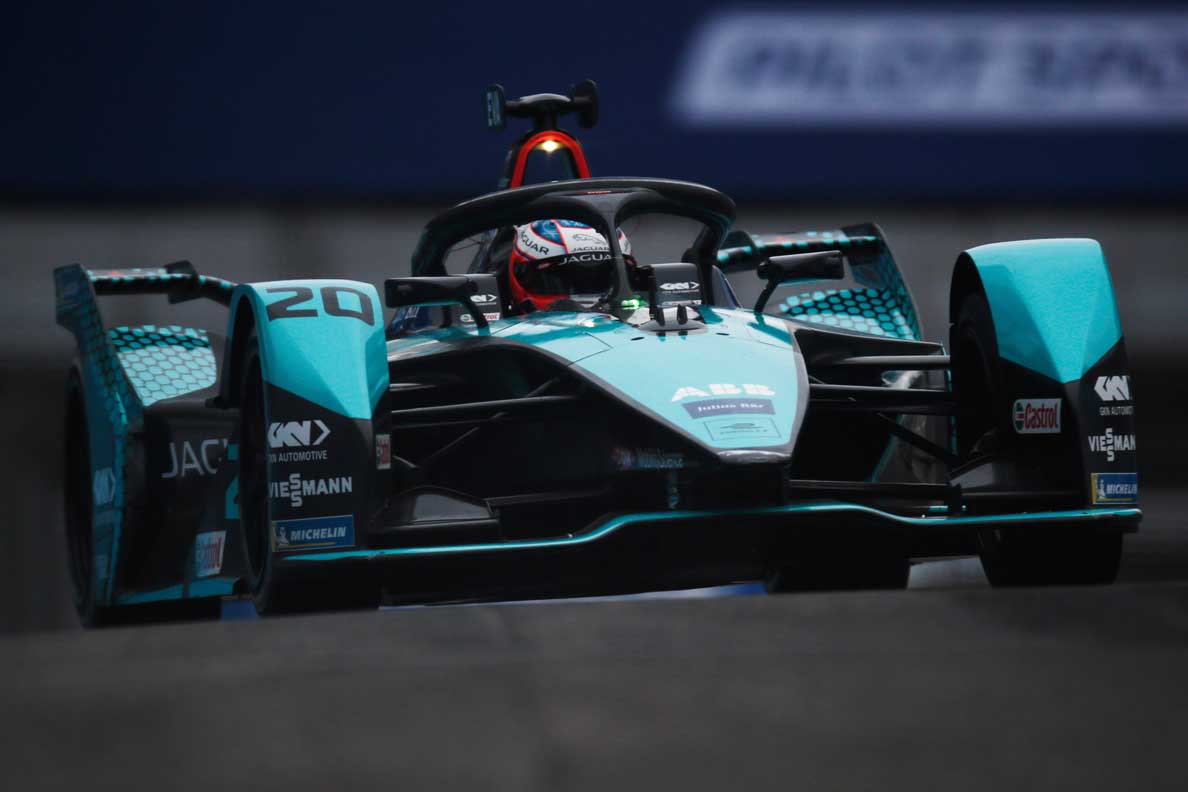 Jaguar Racing secured their first double podium finish in 30 years with Sam Bird and Mitch Evans finishing second and third respectively at the Rome E-Prix. Mitch Evans also secured the fastest lap of the race with a 1:42.387 while Sam Bird achieved his first FanBoost with the British team.

Sam Bird carved his way through the pack from tenth and finished the race in second – his second podium for Jaguar in three races. The action-packed race, which started under the Safety Car, saw Sam overtake Sebastian Buemi as the green flag was waved – showing fantastic pace in the Jaguar I-TYPE 5. A number of clean overtakes and clever uses of ATTACK MODE allowed the Brit to move up to second before the race concluded under the Safety Car.

Mitch Evans also executed an incredible drive through the field, gaining nine places from twelfth to third and securing his second podium of the season. Evans tussled with Vandoorne and Frijns but made some decisive moves throughout the race.The Kiwi pushed through to take the final place on the podium while proving the speed of the Jaguar with the fastest lap of the race.

Jaguar Racing extends its lead in the ABB FIA Formula E Teams’ World Championship by 34 points. It was Jaguar’s first double podium in 30 years since the 1991 World Sports Car Championship round at Autopolis, Japan where the XJR-14 finished in second and third positions.

James Barclay, Team Director, Jaguar Racing: “A brilliant result for the team today! Our first double podium in 30 years and our first fastest lap this season. Rome has been kind to us as a city. Ultimately a great result came from two fantastic drives from both Sam and Mitch. The Jaguar I-TYPE 5 was performing really well and the strategy was absolutely on point. A real testament to all the hard work that everyone’s put in to achieve this historic result for us as a team, but also to build on the opening weekend we had in Diriyah. We have no doubts about how close it’s going to be this season but performances like that are going to be really important for the rest of the championship.”

Sam Bird, Jaguar Racing driver, #10: “What a great start to the year it has been – to have four podiums, in three races, combined for Jaguar Racing is honestly a great achievement. The whole team should be so proud. It’s the full team who are making us strong on track so congratulations to everyone involved. But it doesn’t stop there, we have a great car in the Jaguar I-TYPE 5 and another race tomorrow so it’s an opportunity to try and do it all again.”

Mitch Evans, Jaguar Racing driver, #20: “It’s such a great moment for the team with our first double podium in Formula E. It was a great race, in very difficult conditions, where things can go wrong really quickly but I’m happy to reward the team with this result after all the hard work they put in. Sam did a great job too, we both moved forward in the pack together and executed a brilliant race. It was a great moment and milestone for the team and we look forward to tomorrow.”

The lights turn green for the fourth round of the ABB FIA Formula E World Championship today, 11 April 2021, at 15:00 UAE time. 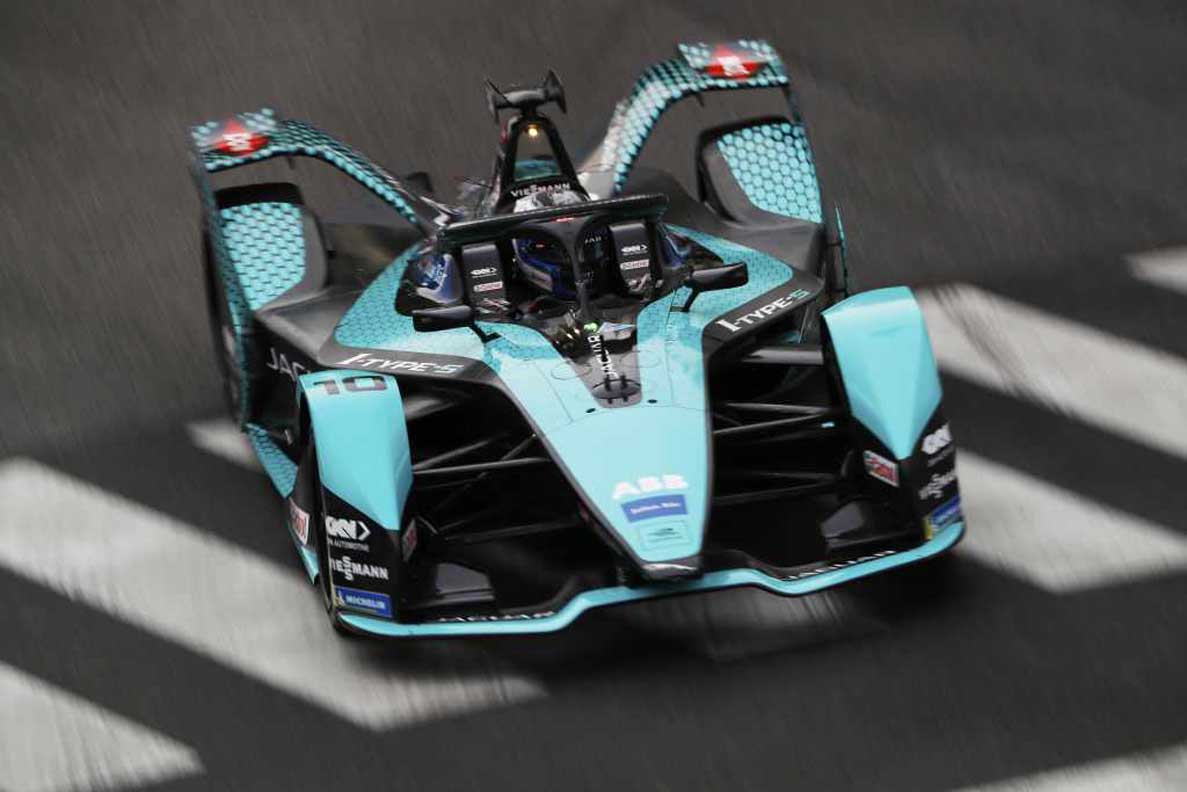 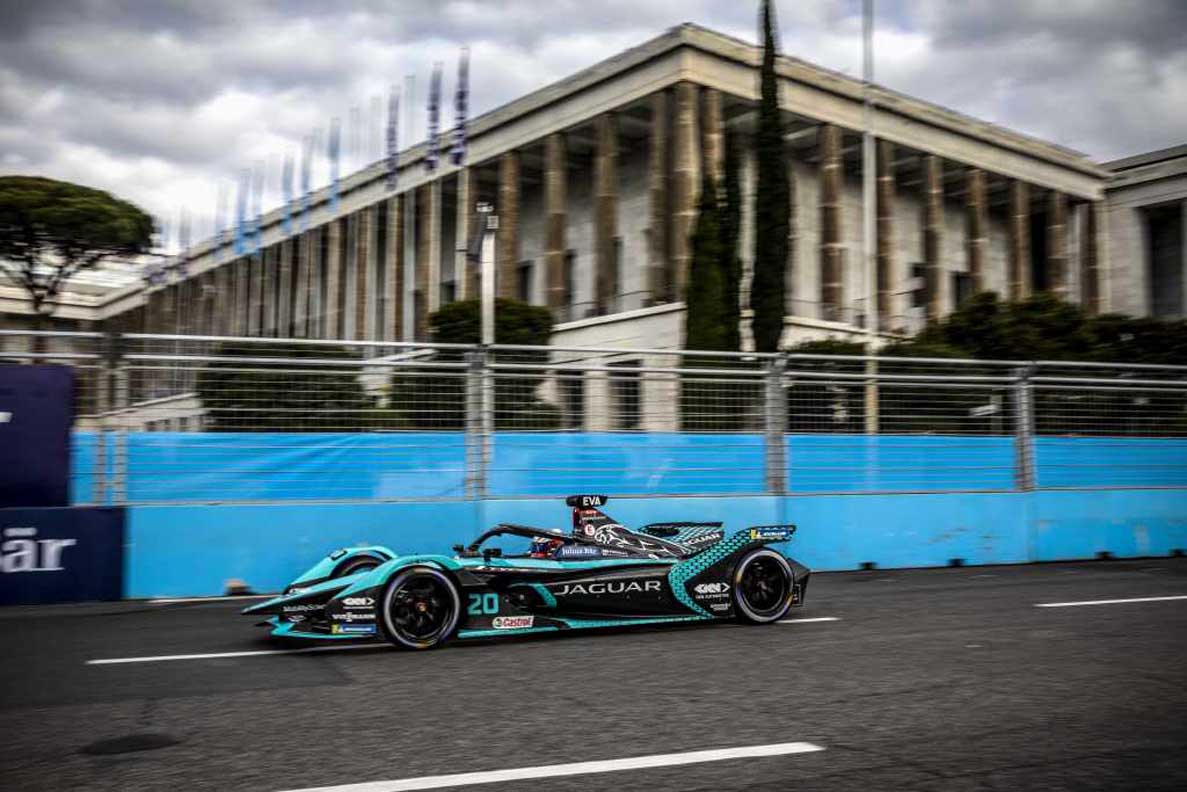 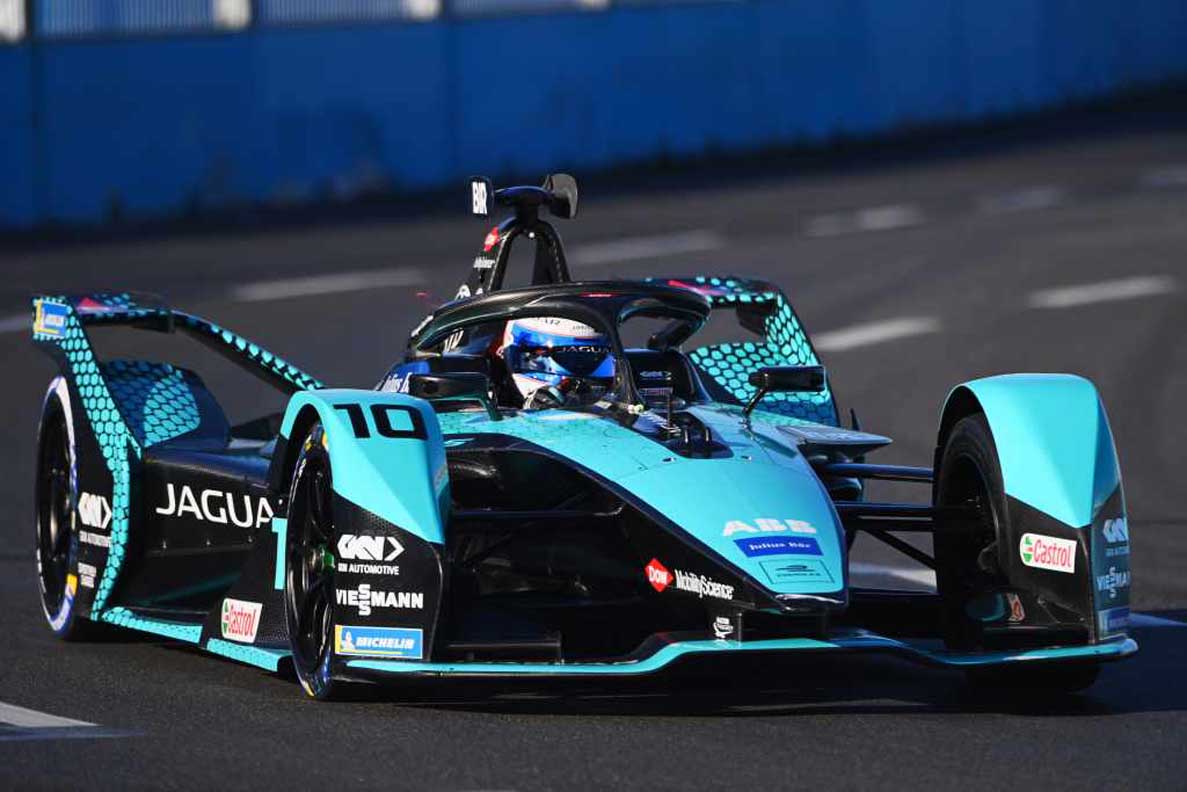 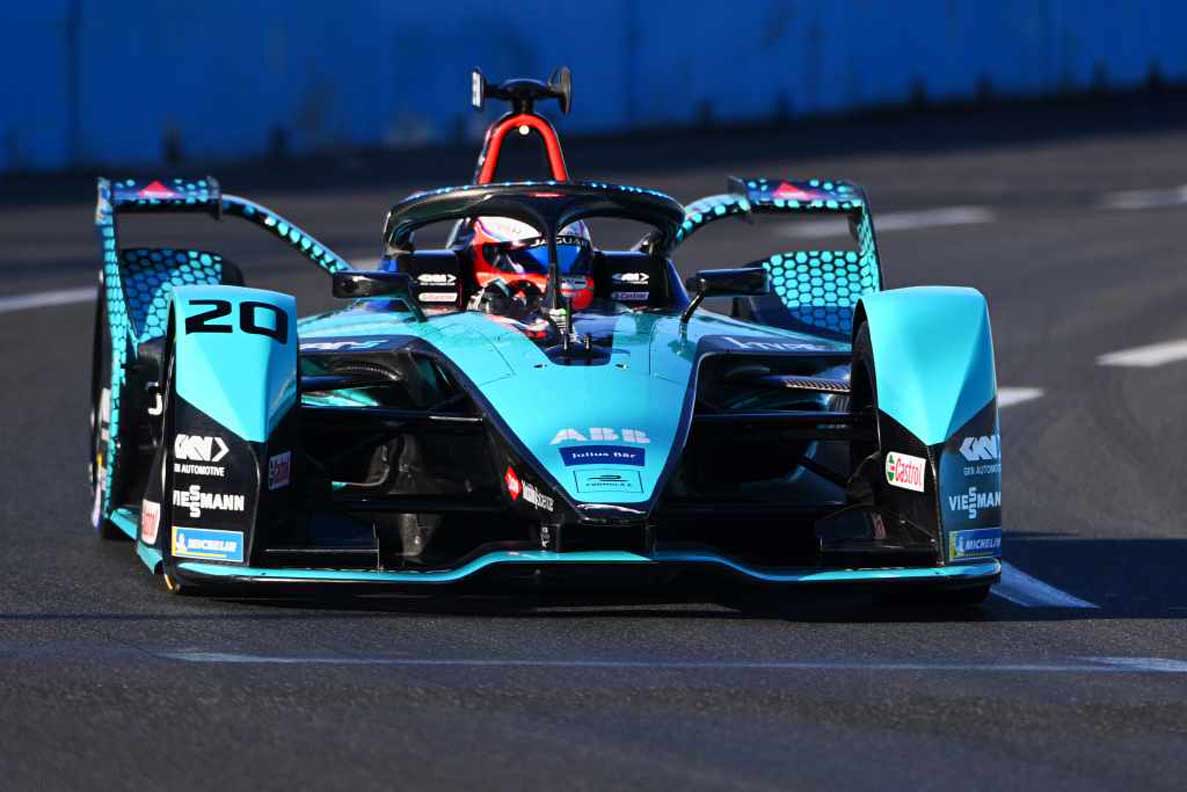 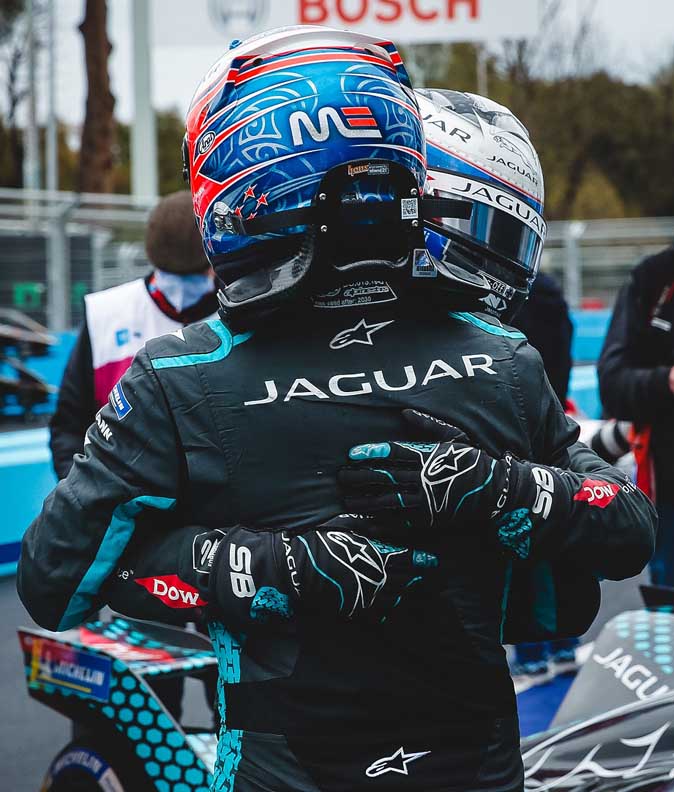 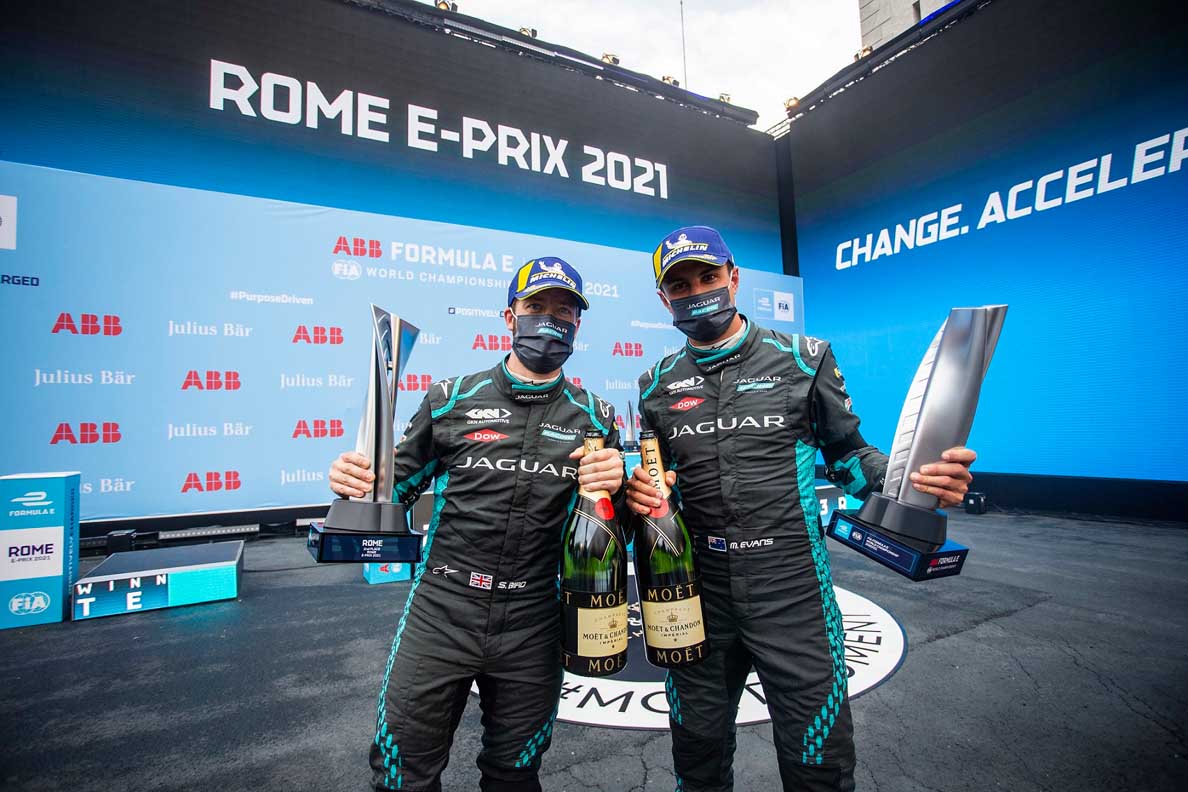 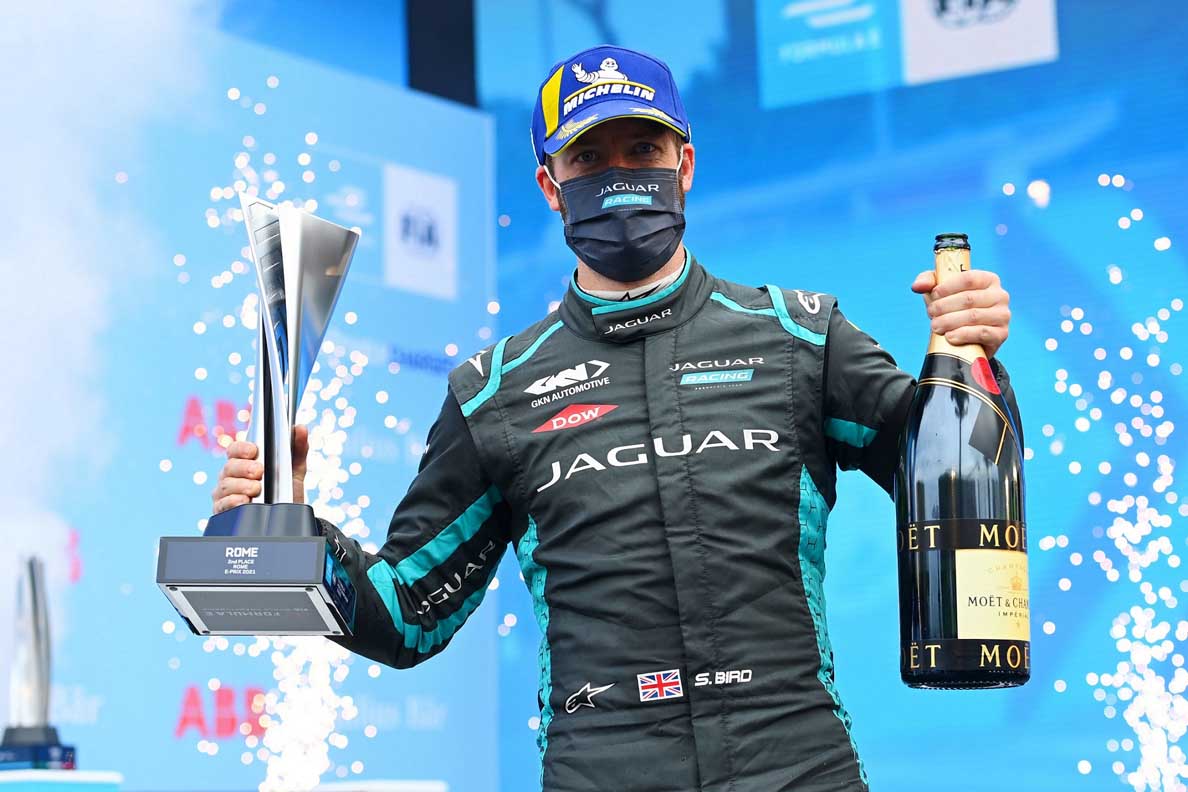