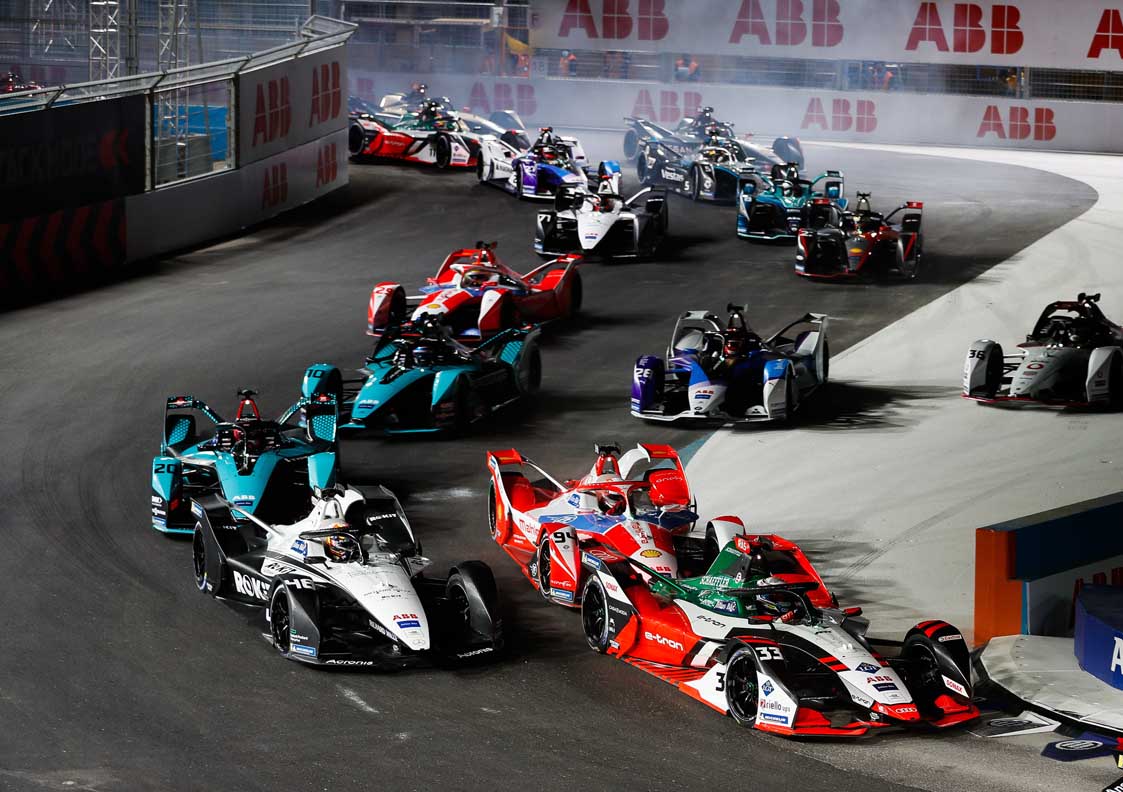 Strong debut for the Audi e-tron FE07 in the ABB FIA Formula E World Championship: At the season opener in Diriyah (Saudi Arabia), René Rast from the Audi Sport ABT Schaeffler team finished in fourth place missing the podium by only two tenths of a second. Teammate Lucas di Grassi made up seven positions in the first night race in the history of the electric racing series, also scoring world championship points in ninth place.

Already in qualifying on Friday, René Rast showed that he immediately wants to fight for victories in his first full Formula E season: The German qualified for Super Pole that includes the fastest six drivers and secured third place on the grid. In the race, the three-time DTM champion overtook Pascal Wehrlein’s Porsche on the outside on lap eleven and then put pressure on leader Nyck de Vries in a Mercedes-Benz. However, two safety cars spoiled his race: In the end, those drivers who had the luckiest hand in using their Attack Modes had an advantage.

“In the end it’s unfortunately ‘only’ a fourth place,” said René Rast. “If someone had told me before this weekend that I would finish fourth, I would have signed it, but more was possible from third on the grid. We were faster and had more energy than the leader Nyck de Vries. I think I could have overtaken him, but then the safety cars came out. I could not make use of my two attack modes. I had more energy in the end, but this didn’t help me because everyone was going flat out. So, a lot of things went against us today, but we can still be happy with fourth place.”

Lucas di Grassi, sixth overall in the previous season, had to qualify in the unfavorable first qualifying group. “As expected, that was a very big disadvantage, because the track was getting faster and faster,” said the Brazilian. Third fastest in Group 1, di Grassi had to settle for 16th on the grid. In the race, the 2017 Formula E champion showed one of his famous comeback drives, which moved him forward to ninth place and thus into the points. “It was a pretty strong race and the car feels really good this year,” he said.

“This is definitely a good result for us,” said Team Principal Allan McNish after the season opener. “René drove a really strong race. He was fighting for the lead. Unfortunately, the safety cars came at the wrong time for him. René showed how strong he and our car are. Lucas also drove well from 16th on the grid with a decisive and faultless performance.”

Audi customer team Envision Virgin Racing remained without points on Friday night. Robin Frijns was unable to take part in qualifying after an accident in the second free practice session. The qualifying time of his new teammate Nick Cassidy was cancelled because the Briton had disregarded the yellow flags on his fast lap.

The second Formula E race of the season is scheduled for Saturday evening in Diriyah, the first to be broadcast live on SAT.1 in Germany, Austria and Switzerland. 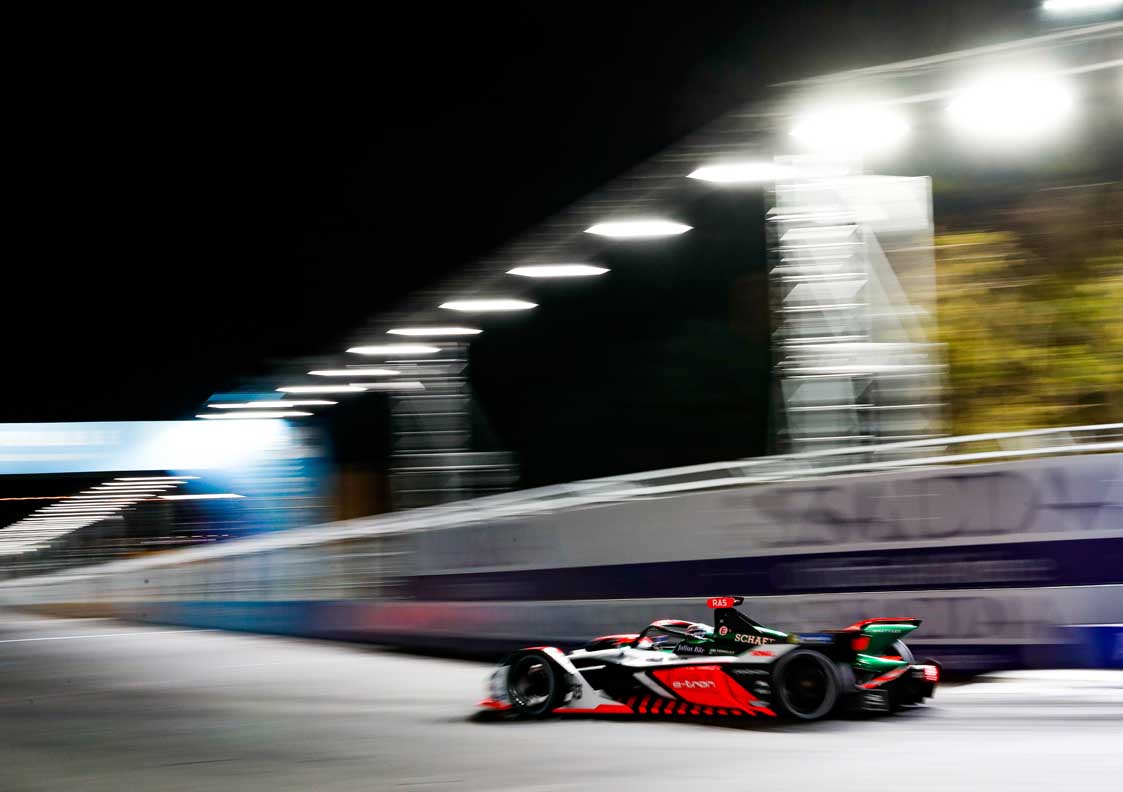 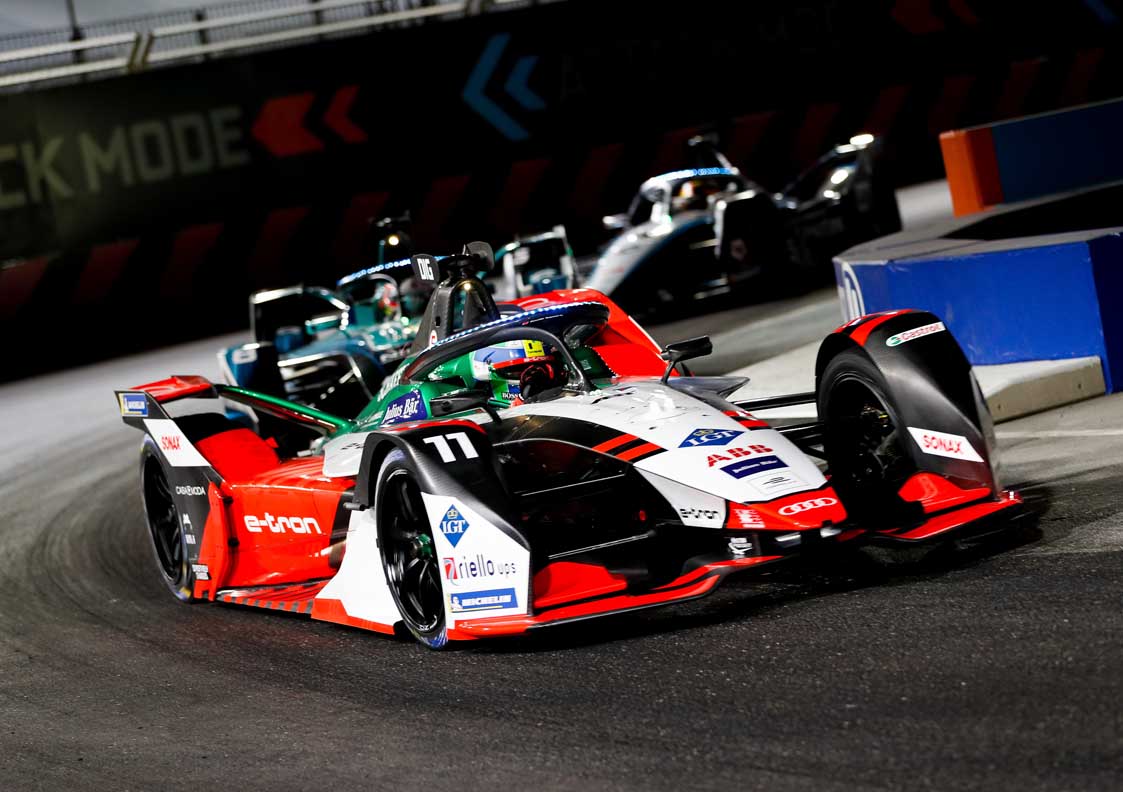