Hennessey, the Texas-based hypercar manufacturer and high-performance vehicle creator has confirmed production for its new Venom 1200 Mustang GT500. Based on the most powerful factory-produced Mustang of all time, the Ford Mustang Shelby GT500, the latest Hennessey build will be one of the most powerful muscle cars Hennessey Performance has ever produced.

Ford Performance’s factory-stock Shelby GT500 boasts a hand-built supercharged 5.2-liter V8 rated at 760 bhp and 625 lb-ft of torque – it’s the most powerful factory engine ever dropped under the iconic pony car’s hood. Yet Ford still leaves much of the vehicle’s potential untapped.

The Hennessey Performance team in Texas, which has been ‘making fast cars faster’ for more than 30 years, seizes the opportunity. Its engineers make wide-ranging improvements to the factory setup to increase horsepower and torque considerably. These include a higher capacity 3.8-liter supercharger, a high-flow induction system, new fuel rails and injectors, and an air/oil separation system. In addition, fittings, lines, belts, and tensioners are upgraded, and the dual-clutch transmission is recalibrated for its high-output role. Lastly, the vehicle is calibrated on Hennessey’s in-house dynamometer, before being road-tested.

When the Venom 1200 leaves Hennessey Performance, its comprehensive upgrades and enhancements have unleashed a formidable 1,204 bhp and 902 lb-ft of torque – an astounding 58 percent increase in horsepower over stock.

John Hennessey, company founder, and CEO: “The stock Shelby GT500 is an extraordinary muscle car, but we take it to the nth degree with our Venom 1200. Our engineers were able to coax more than 400 additional horsepower out of the engine, which takes performance to supercar levels. Only a handful of vehicles in the world offer this level of power… especially at this price point.” Priced from $59,950 – exclusive of the base Ford Shelby GT500 – the Venom 1200 package offers comprehensive professional upgrades to the stock 5.2-liter V8 engine, unique exterior badging, and a special serial-numbered plaque. Only 66 examples of the Venom 1200 will be built globally. Owners will have the choice of adding the historic 1966 24 Hours of Daytona Ford Mark II GT40 red, white, and black livery to their build (an optional upgrade priced at $4,950 and shown on the vehicle in the press images). 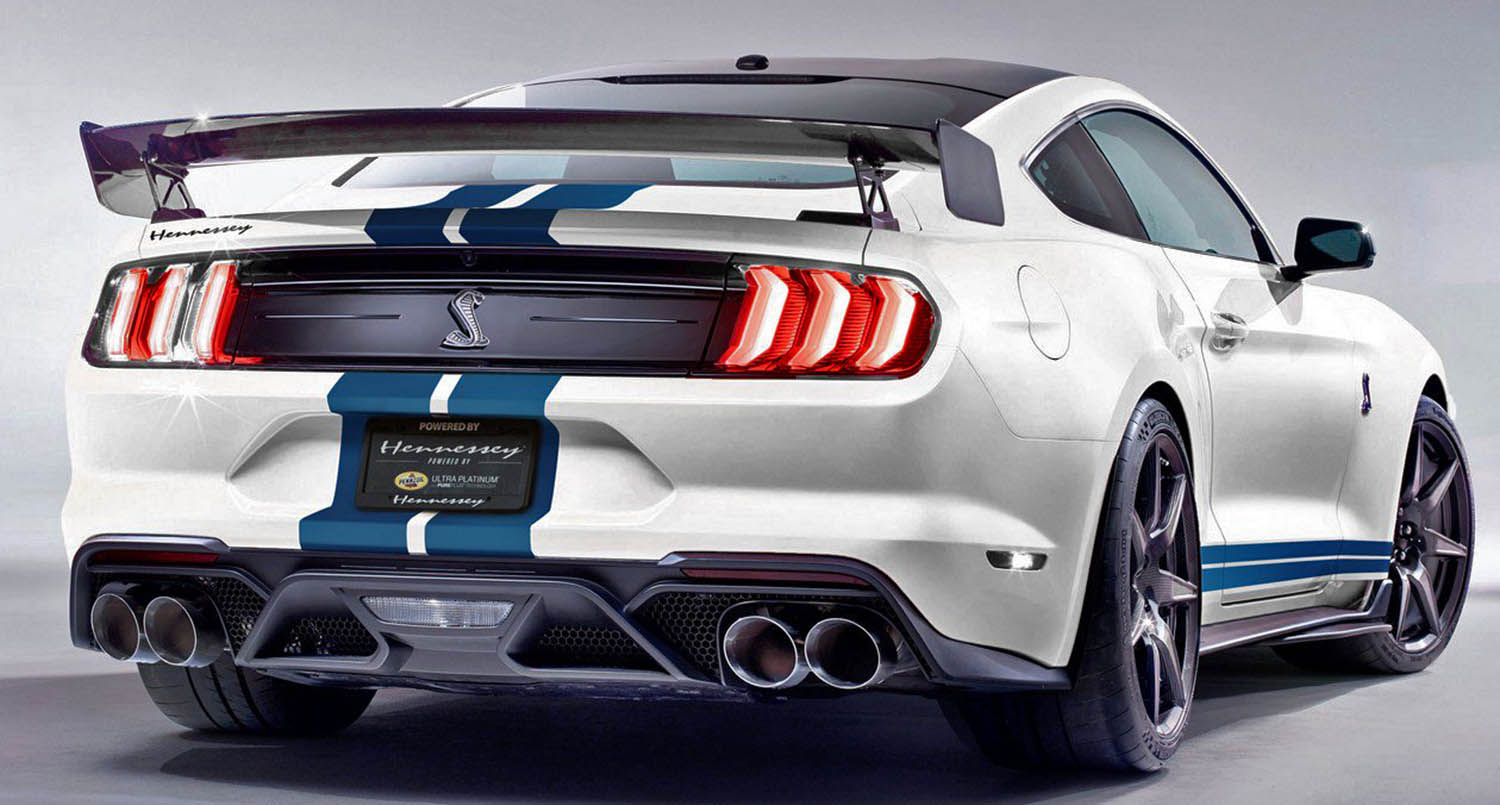 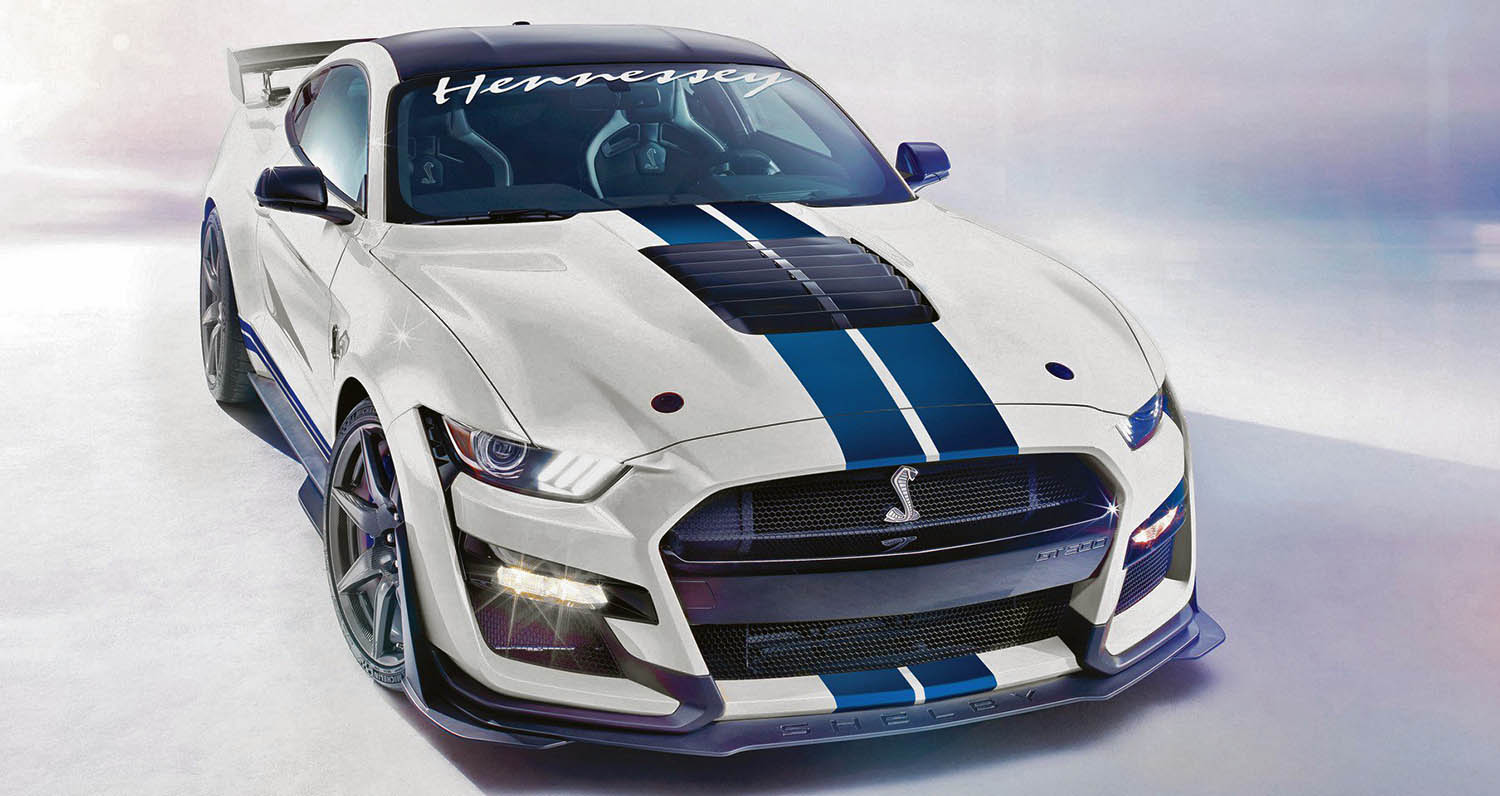