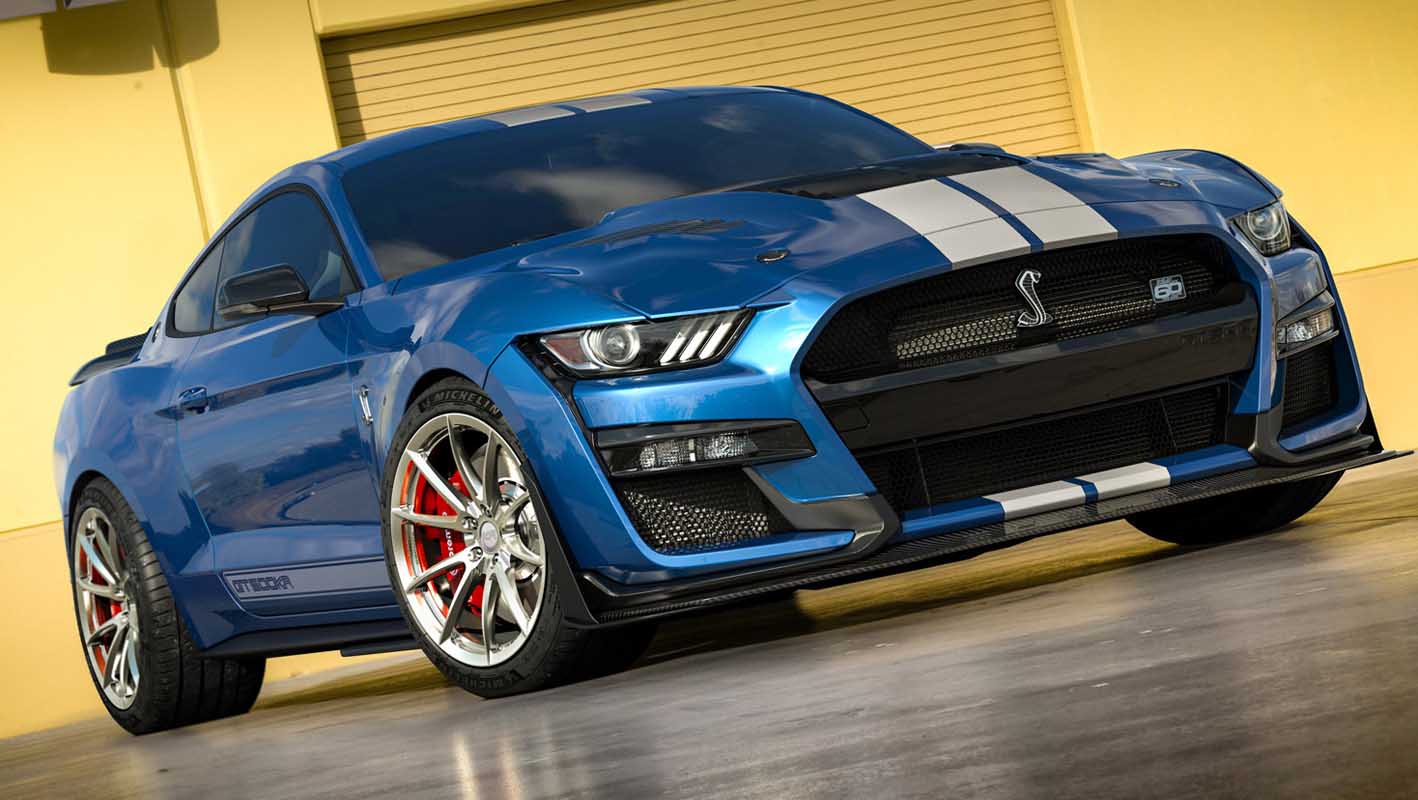 Shelby American, a wholly owned subsidiary of Carroll Shelby International Inc. (CSBI:PK), today announced that one of its most famous vehicles, the Ford Shelby GT500KR Mustang, will return to honor the company’s 60th anniversary next year. A limited run of 60 “King of the Road” post-title packages with 900+ horsepower will be available worldwide for 2020-2022 model year Shelby GT500’s from Shelby American. Shelby and Ford representatives made the announcement inside the Segerstrom Shelby Event Center in Irvine, California, as part of the milestone kick-off celebration.

“Sixty years ago, Shelby American and Ford Motor Company collaborated on their first car, the Shelby Cobra,” said Joe Conway, CEO of Shelby American. “That relationship resulted in racing championships, victories over Ferrari at Le Mans and amazing Shelby cars based on the Ford Mustang. Today, we offer a line of Ford-based Shelby trucks and cars and have begun exploring electric vehicles. Every 2022 model year vehicle we build will wear a 60th anniversary badge to symbolize our heritage and bright future, beginning with the Shelby GT500KR.”

This is only the third time in history that a version of the Shelby GT500 has carried the “King of the Road” name. The first time was in 1968 when the Shelby GT500KR was powered by the new 428 Cobra Jet V-8 that was conservatively rated at 335 horsepower. It was equipped with a modified suspension, redesigned front and rear end, custom fiberglass hood and Cougar taillights. Shelby added a functional roll bar and wood-rimmed steering wheel. Offered in both fastback and convertible, Ford dealers sold 1,570 GT500KR models in 1968 (1053 fastbacks and 517 convertibles).

In 2008, Ford and Shelby brought back the Ford Shelby GT500KR. Its supercharged V-8 produced 540 horsepower (40 more than the standard GT500) and also included a short-throw shifter, 3.73:1 rear axle and unique wheels, tires and suspension settings. A special composite hood with push button hood pins, unique stripes and badges distinguished the KR. A total of 1,000 cars were produced that year; demand was so great that Ford and Shelby agreed to build an additional 712 cars for 2009.

“Shelby American vice president Vince LaViolette and I were deeply involved with the Ford Performance team for the 2008 Ford Shelby GT500KR program, and I also own a 1968 model,” said Gary Patterson, president of Shelby American. “We’re committed to ensuring the third-generation model is worthy of the iconic ‘King of the Road’ crown. Our program team includes experts at Ford Performance and key suppliers, as well as specialists like Shelby GT500 factory development driver Billy Johnson. We announced the program launch today and we’ll show the car to the public at Barrett-Jackson Scottsdale in January. From its initial design to final performance specs, the Shelby GT500KR will live up to the name.”

Based on the world class 2020-2022 Ford Shelby GT500, the KR will boast 140+ plus extra horsepower, dry carbon fiber hood, new wheels, tires, suspension tuning, interior and badges and more. Only 180 total (60 per model year) of the 900+ horsepower cars will be available in the USA, with 45 available overseas.

“The current Shelby GT500 already has amazing capabilities,” said Vince LaViolette, Shelby American Vice President of Operations and Chief of R&D. “We’re taking it to an entirely new level for the extreme driver. We integrated a new supercharger and coolers, then tuned the 5.2-liter V8 to churn out 900 plus horsepower on pump gas. The KR has more aggressive adjustable springs, Ford Performance sway bars and a new aggressive suspension tune. The exhaust was reworked to be even bolder and we sliced 30 pounds off with an ultra-light dry carbon fiber hood that delivers even more cooling. An optional wide body version is even available.”

Each car includes membership in Team Shelby, the worldwide club Carroll Shelby established in 2008, and will be documented in the official Shelby Registry.

The first production car will be auctioned at No Reserve on January 29 by the Barrett-Jackson Auction Company in Scottsdale. Proceeds from the sale will benefit the Carroll Shelby Foundation and the Juvenile Diabetes Research Fund (JDRF). The winning bidder can choose from any standard Ford color available on the Shelby GT500. Carolyn and Craig Jackson, chairman and CEO of Barrett-Jackson, were part of the vehicle announcement in Irvine.

“My grandfather, Carroll Shelby was often called the ‘King of the Road’ for pushing the performance envelope both on and off the track,” said Aaron Shelby, Board Member of Carroll Shelby International and co-President of the Carroll Shelby Foundation. “He was proud of his company’s relationship with Ford Motor Company and was passionate about supporting philanthropic causes. We’re pleased that the first 2022 Ford Shelby GT500KR will be sold by our friends at Barrett-Jackson for JDRF and the Carroll Shelby Foundation. Together, we’ve raised millions of dollars for charity through the years by giving collectors the rare opportunity to own a very unique and valuable vehicle.”

Shelby GT500KR production will begin in Las Vegas during the first quarter of the year. Owners of 2020 and 2021 model year Shelby GT500s can contact Shelby American about transforming their car into a KR as of Feb. 1, 2022. Orders for 2022 model year cars will be accepted and they will also wear anniversary badges. Individuals interested in a Shelby vehicle can go to https://www.shelby.com/en-us/Vehicles.

“This is just the start of our milestone celebration,” said Patterson. “In addition to updates to our current lineup, we plan to announce three more significant vehicle programs. The incredible Shelby GT500KR is just the beginning of an amazing year.” 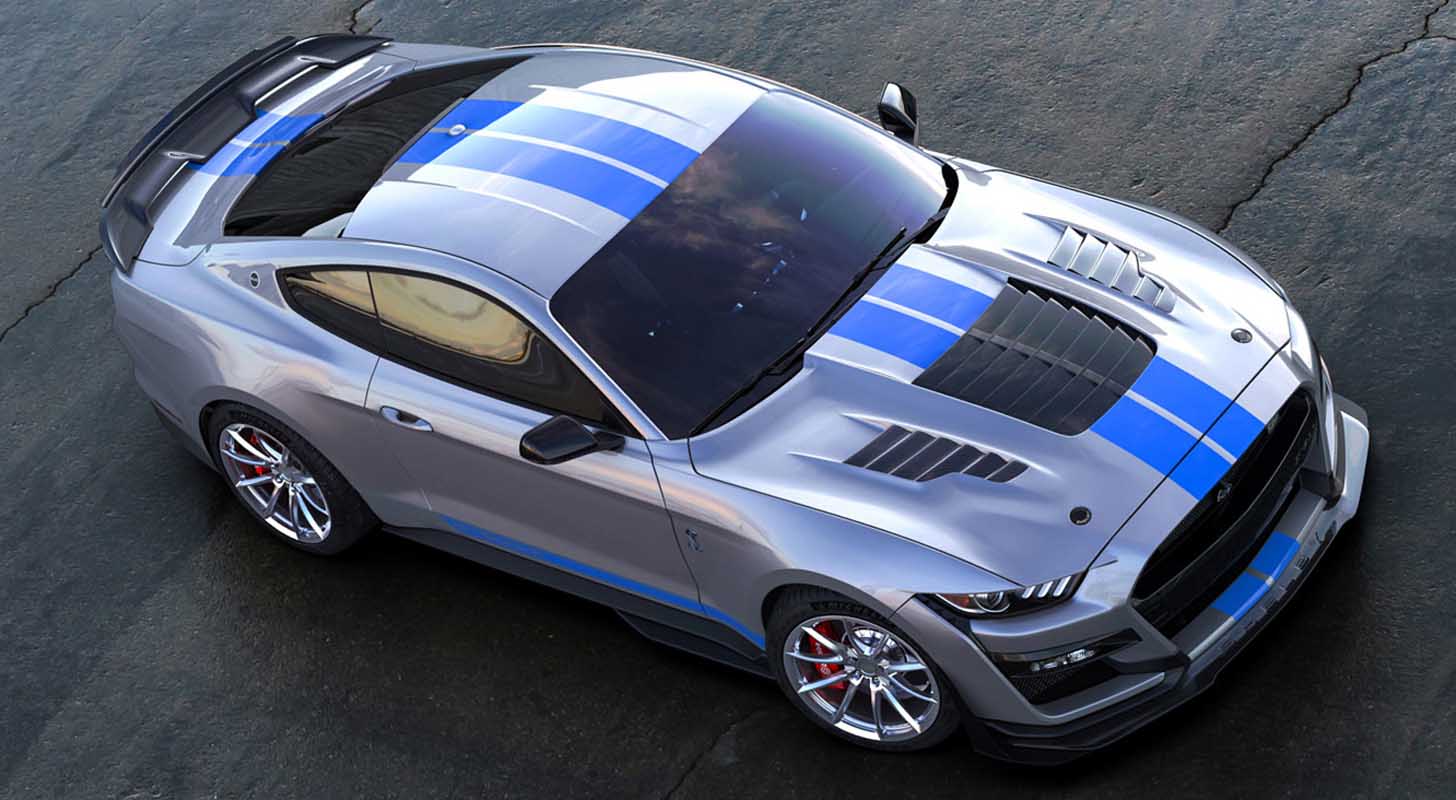 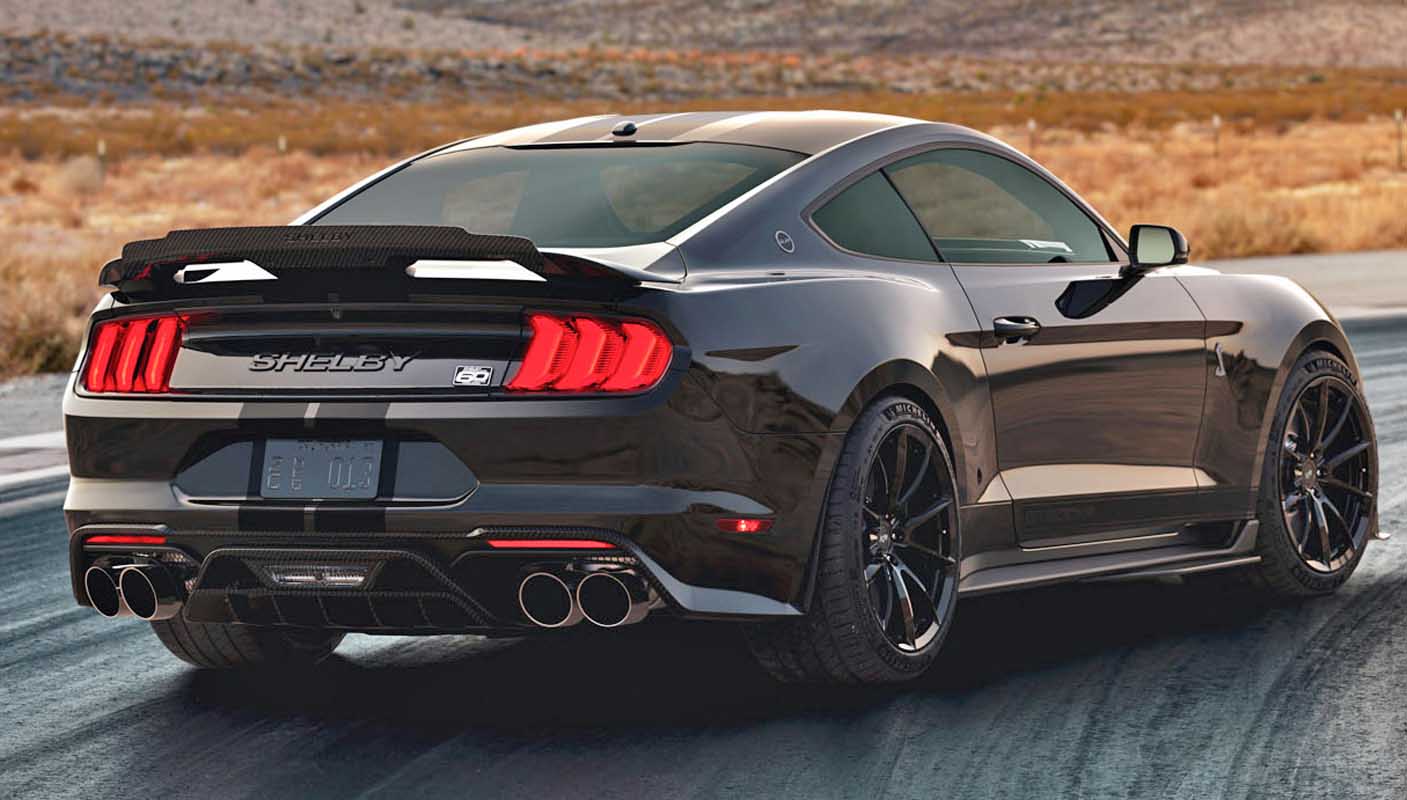 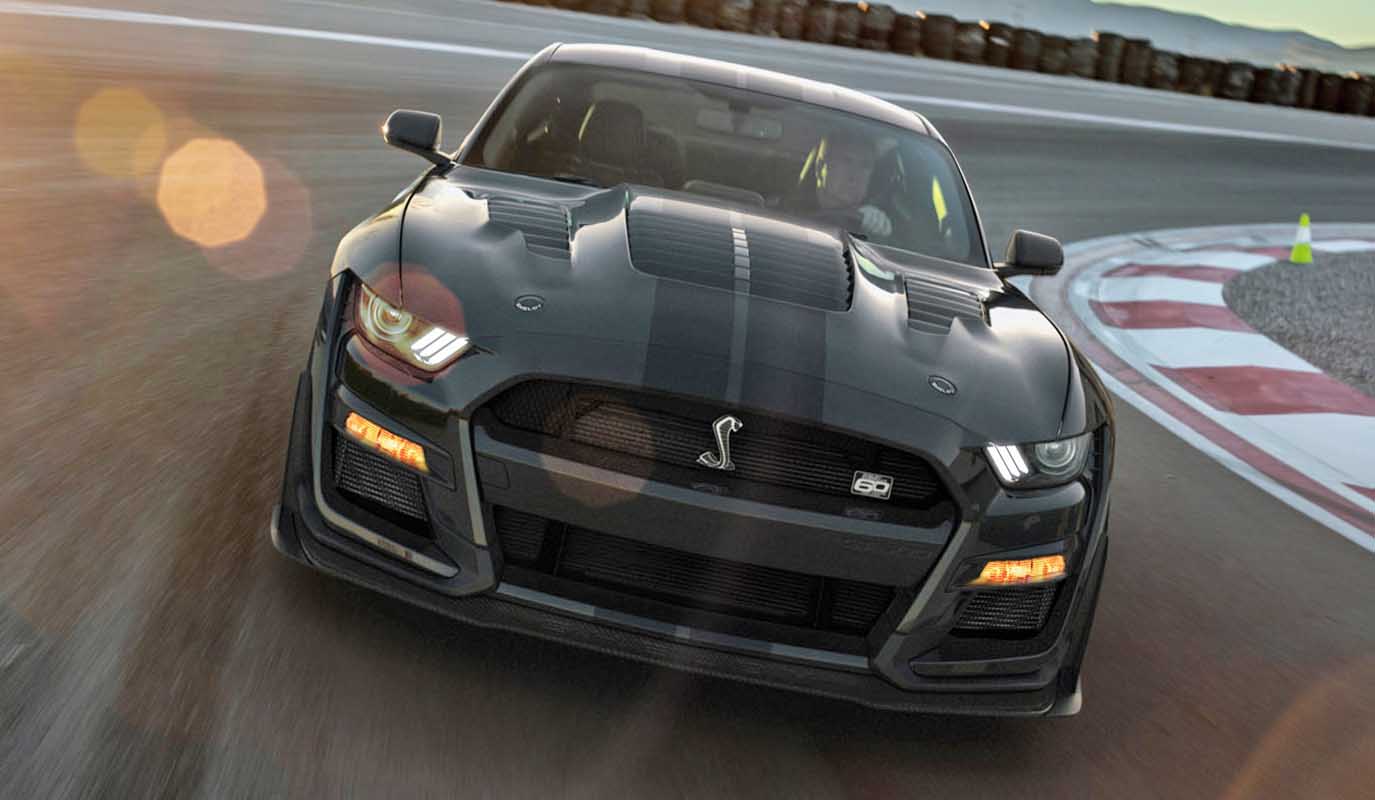 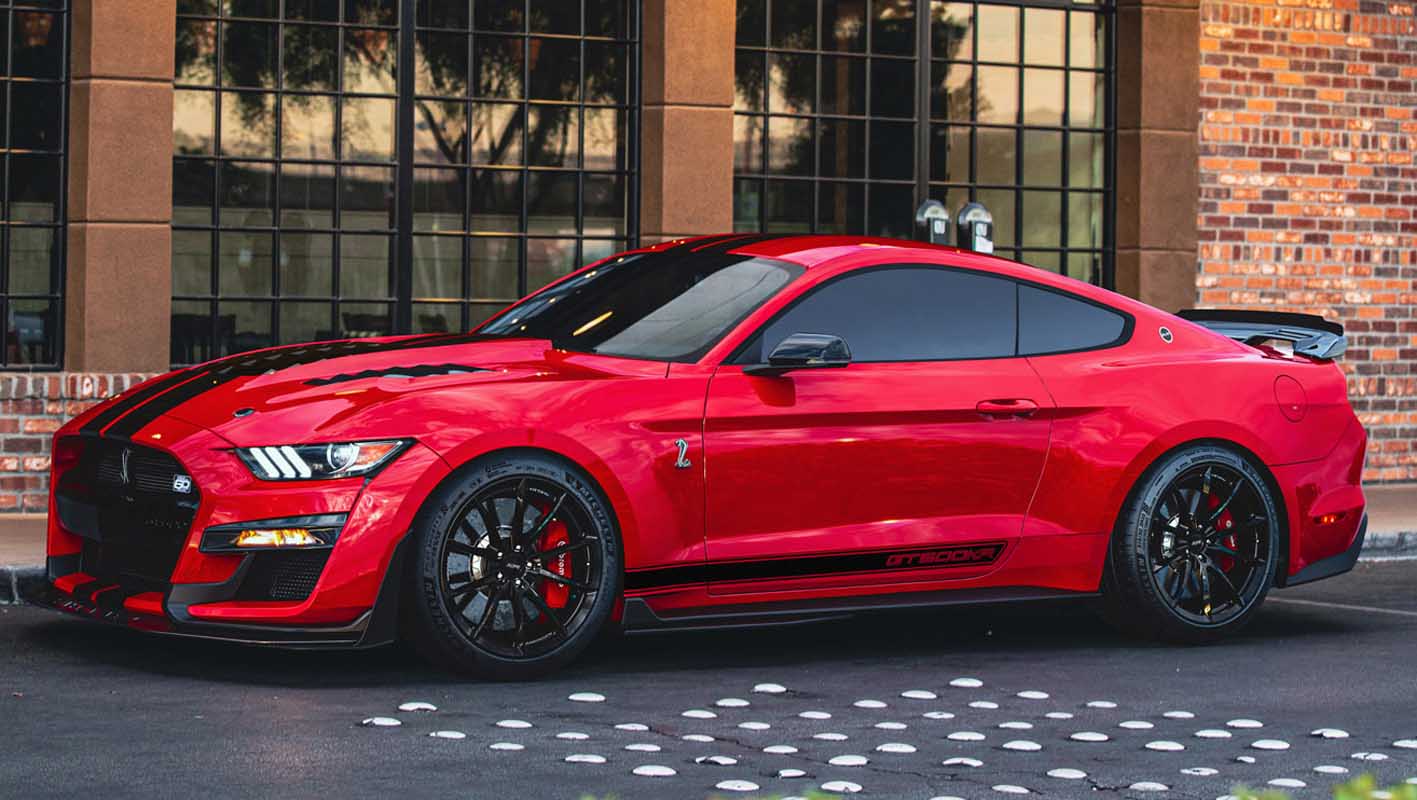 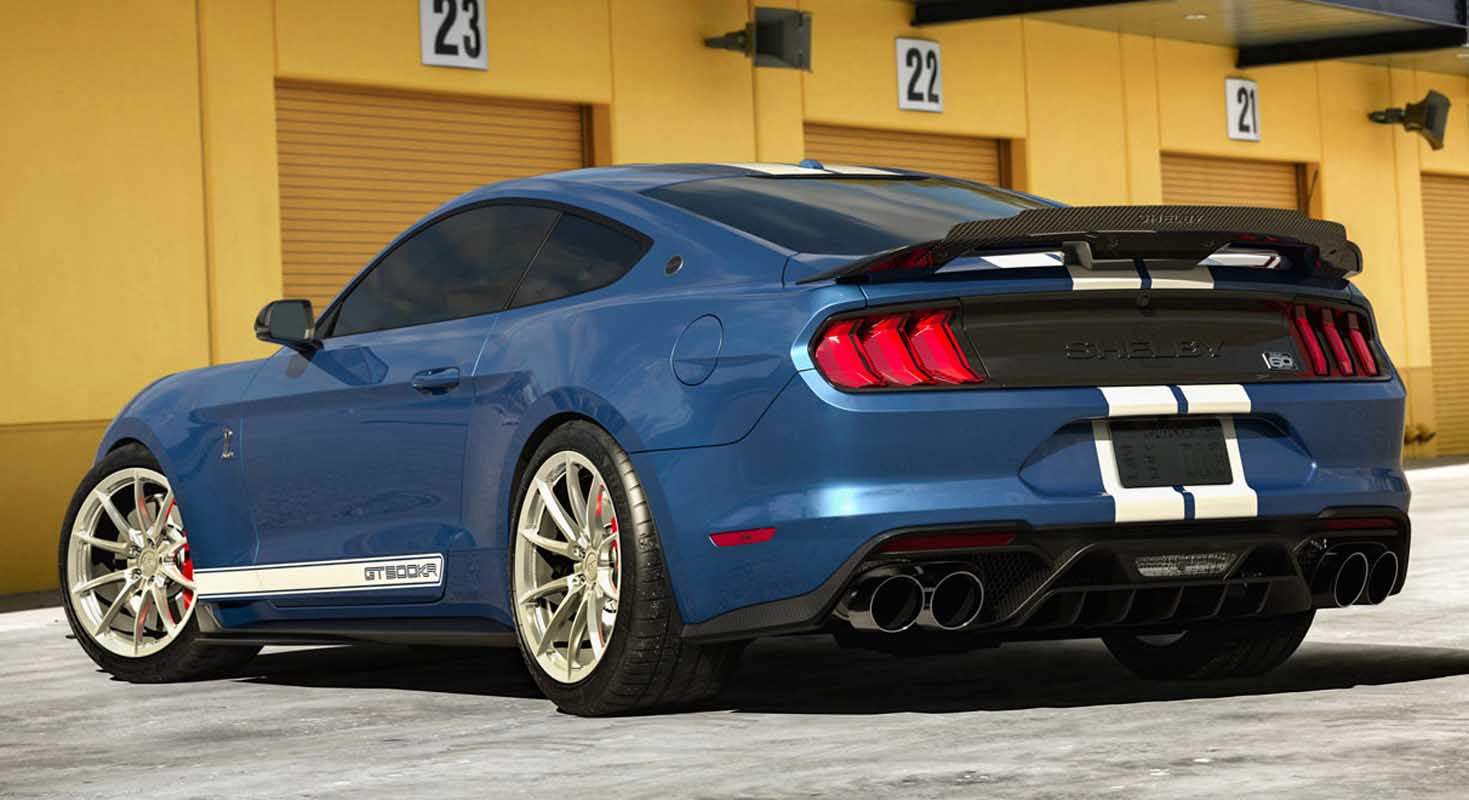 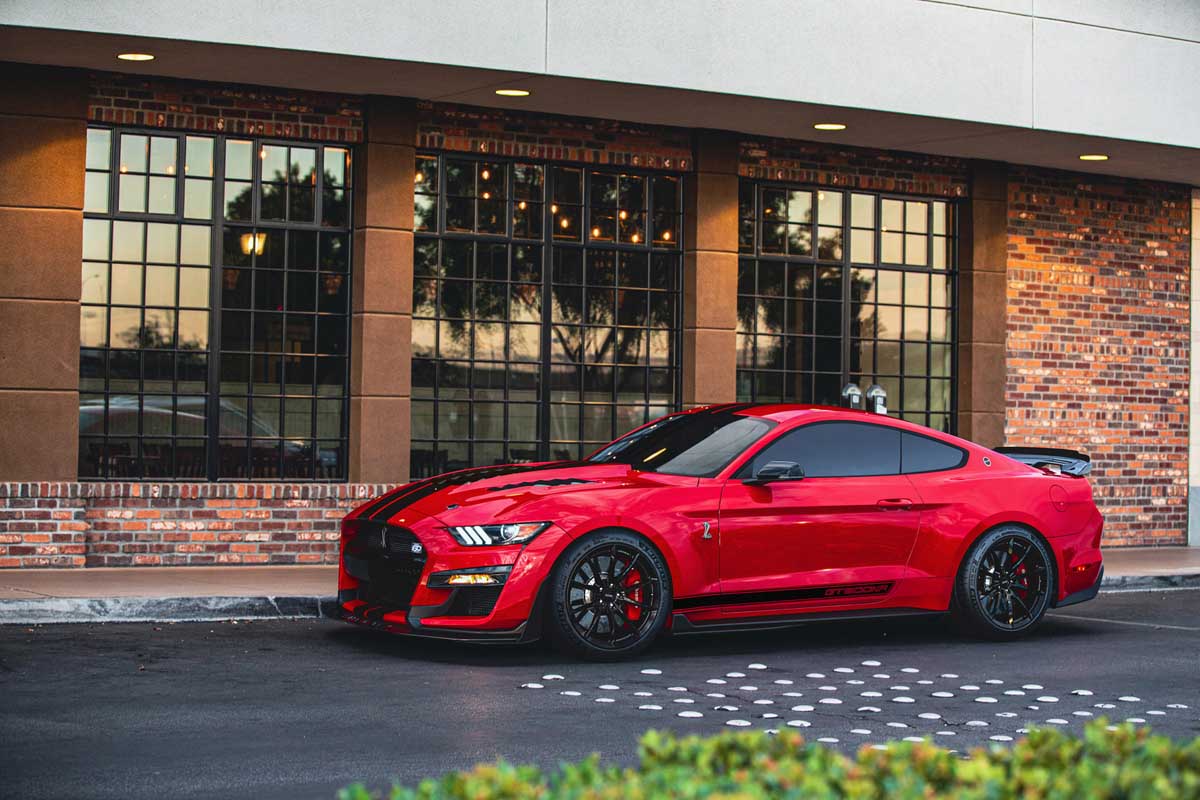 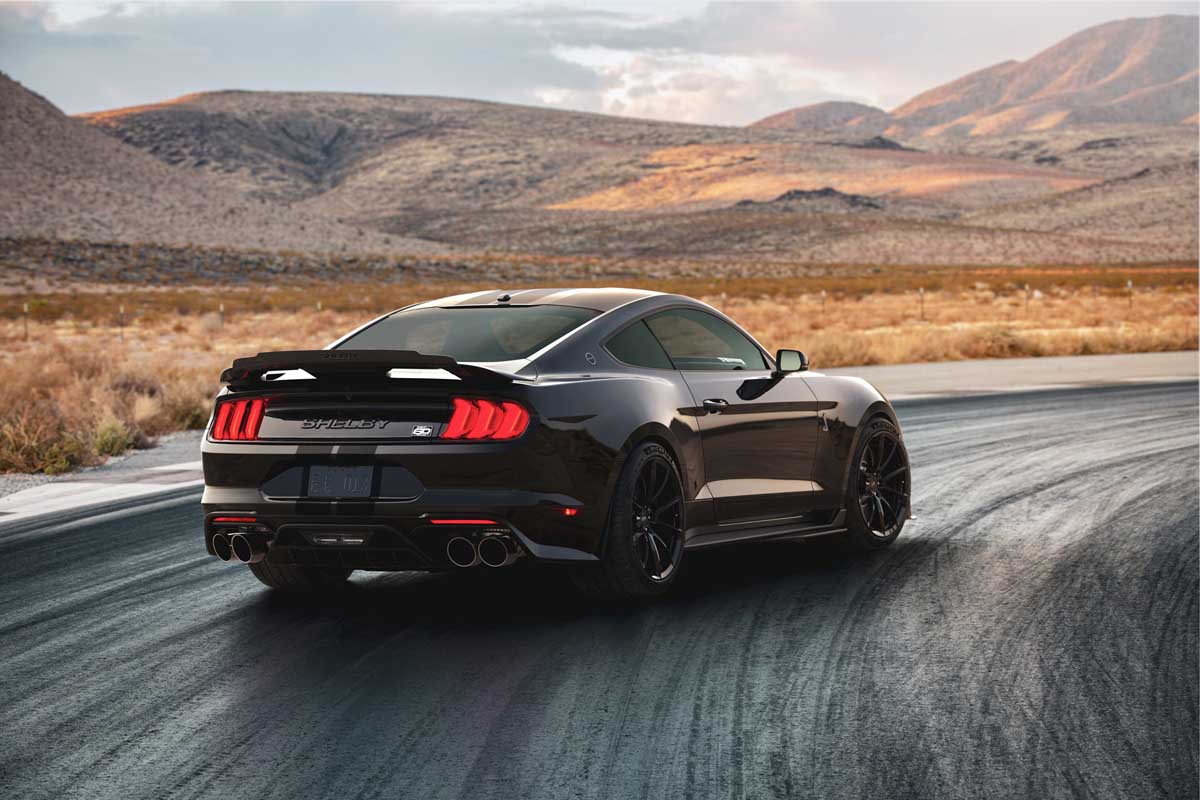 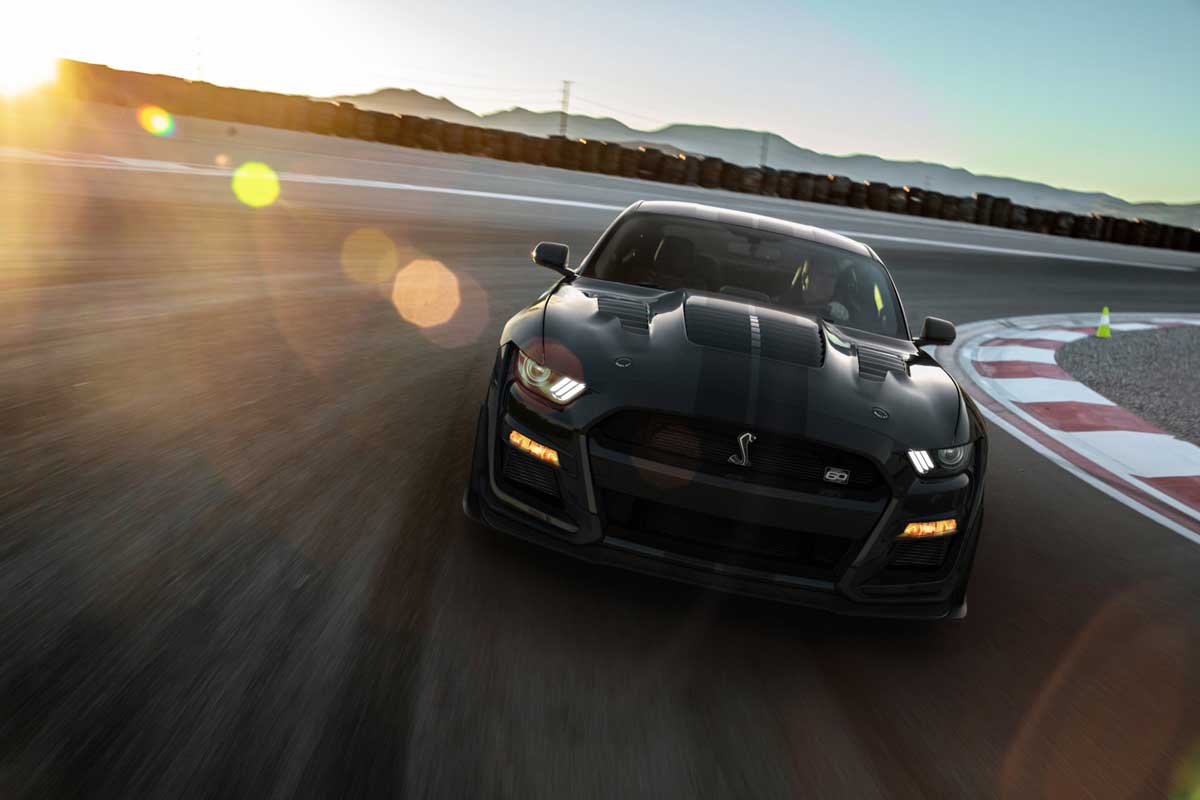 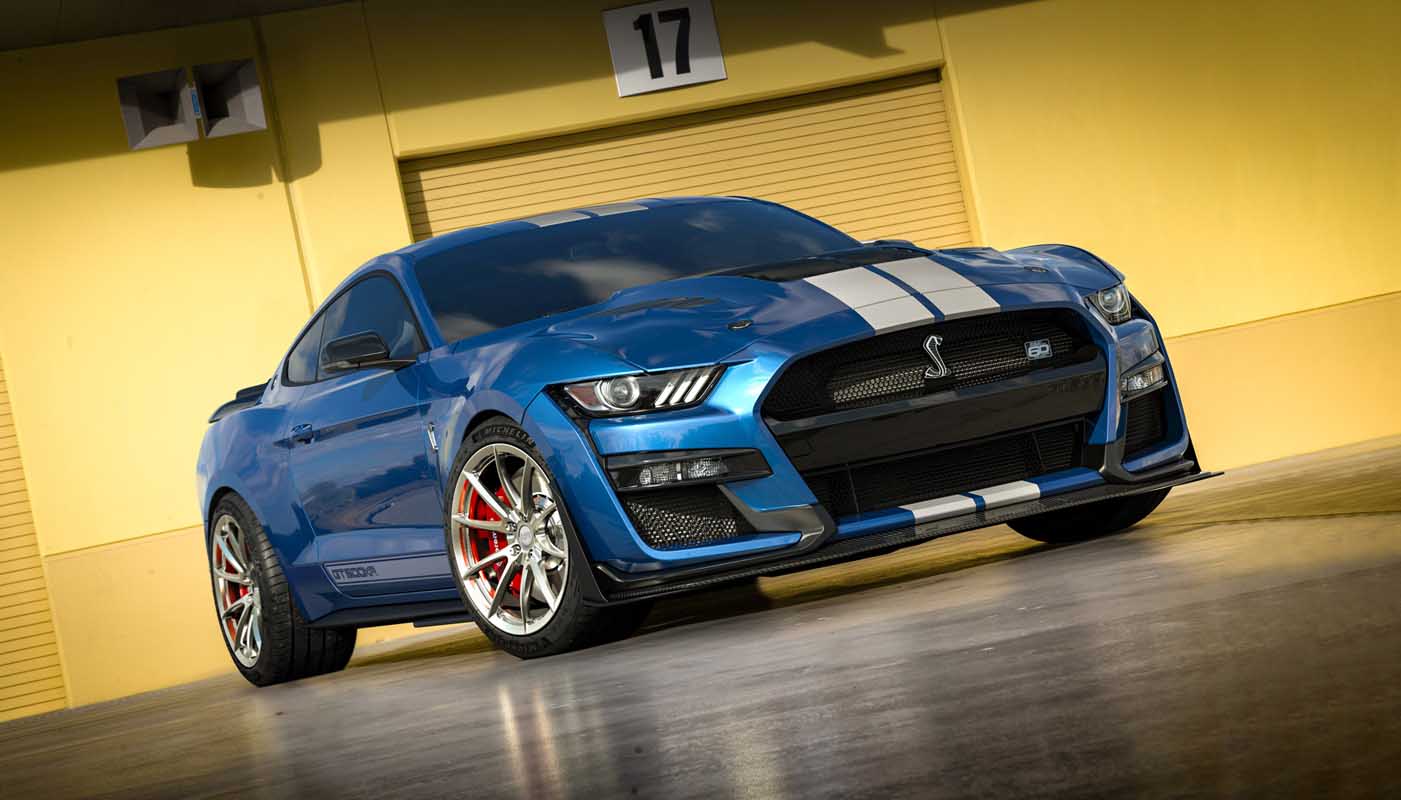 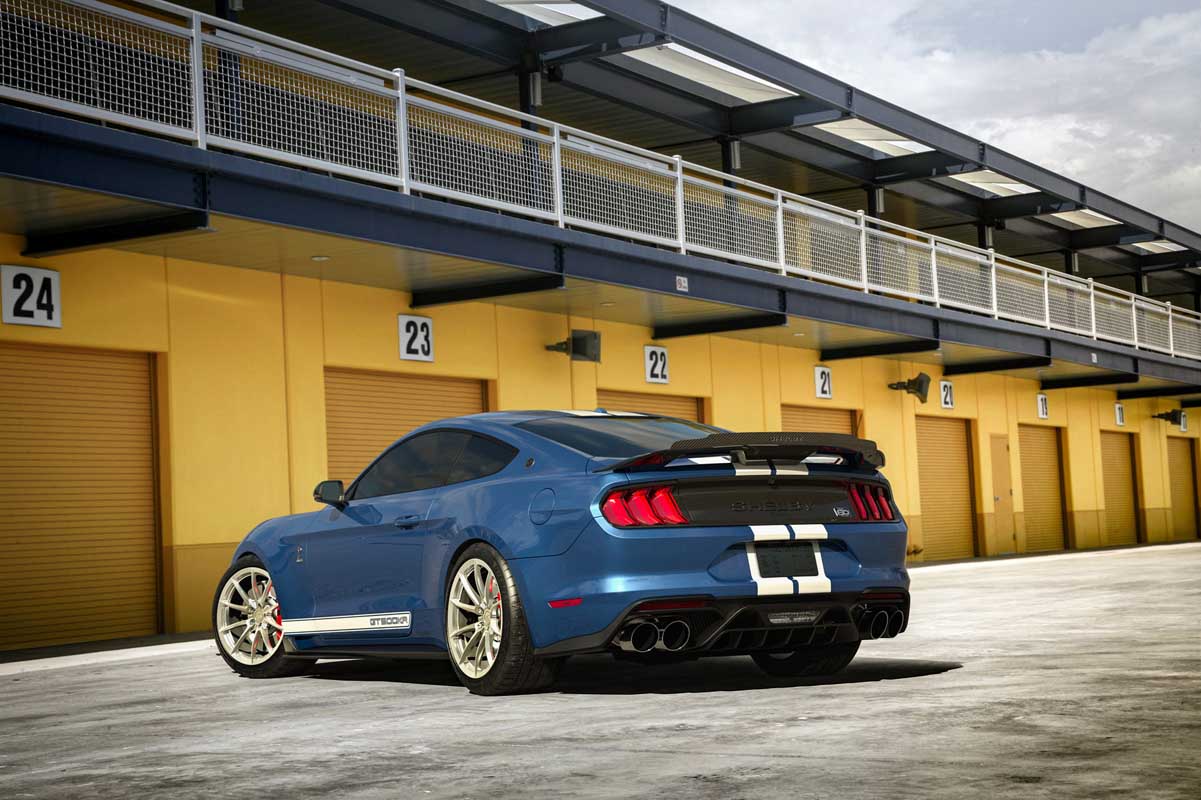 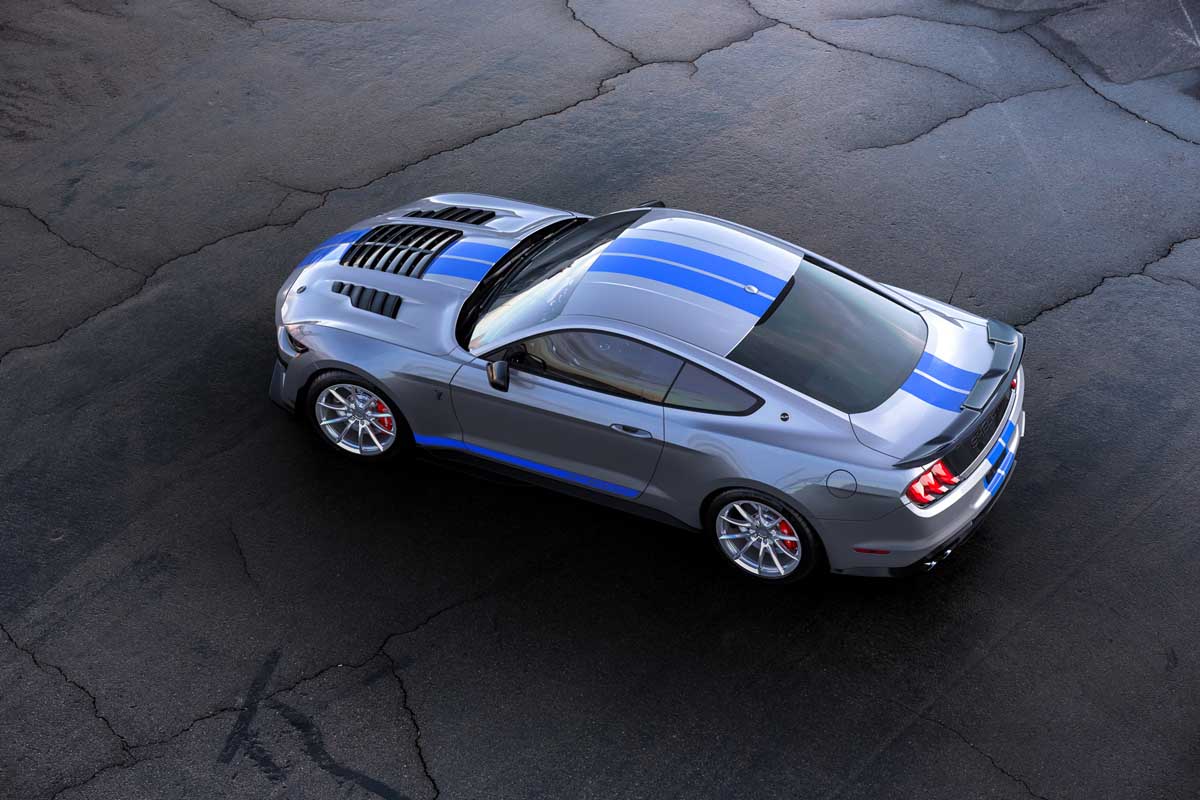 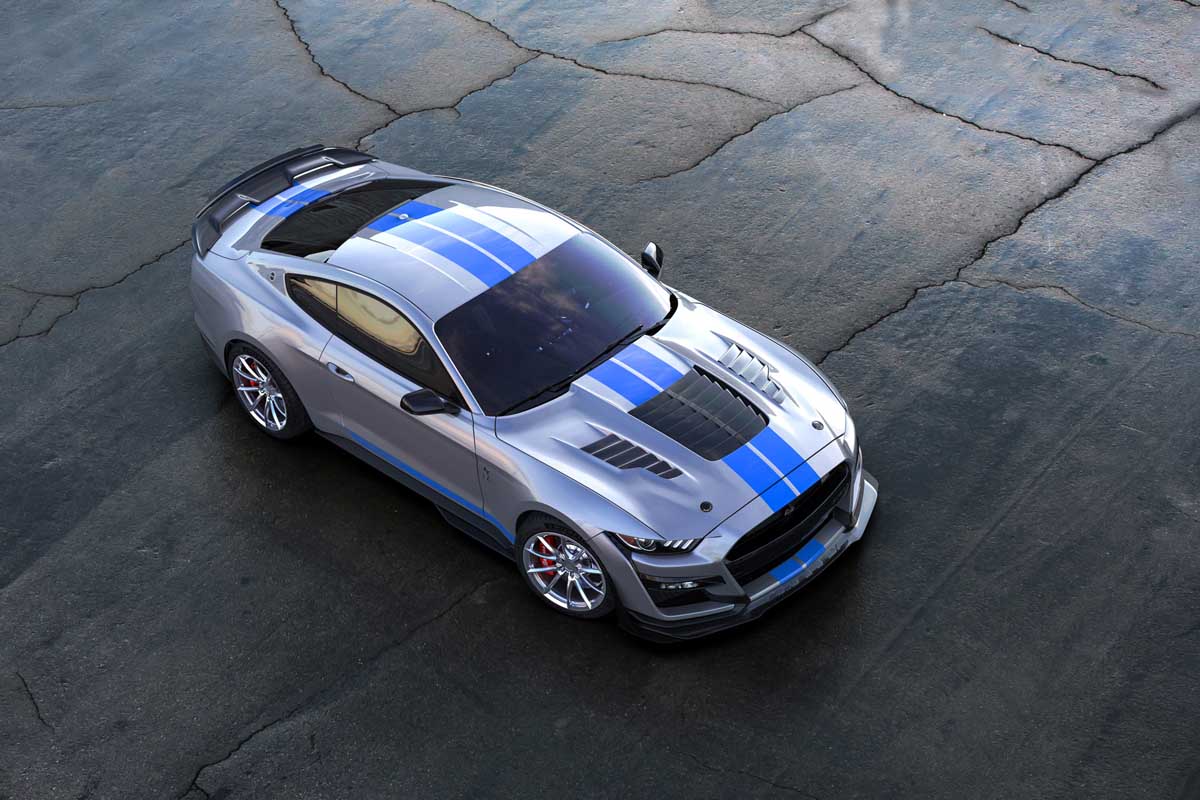