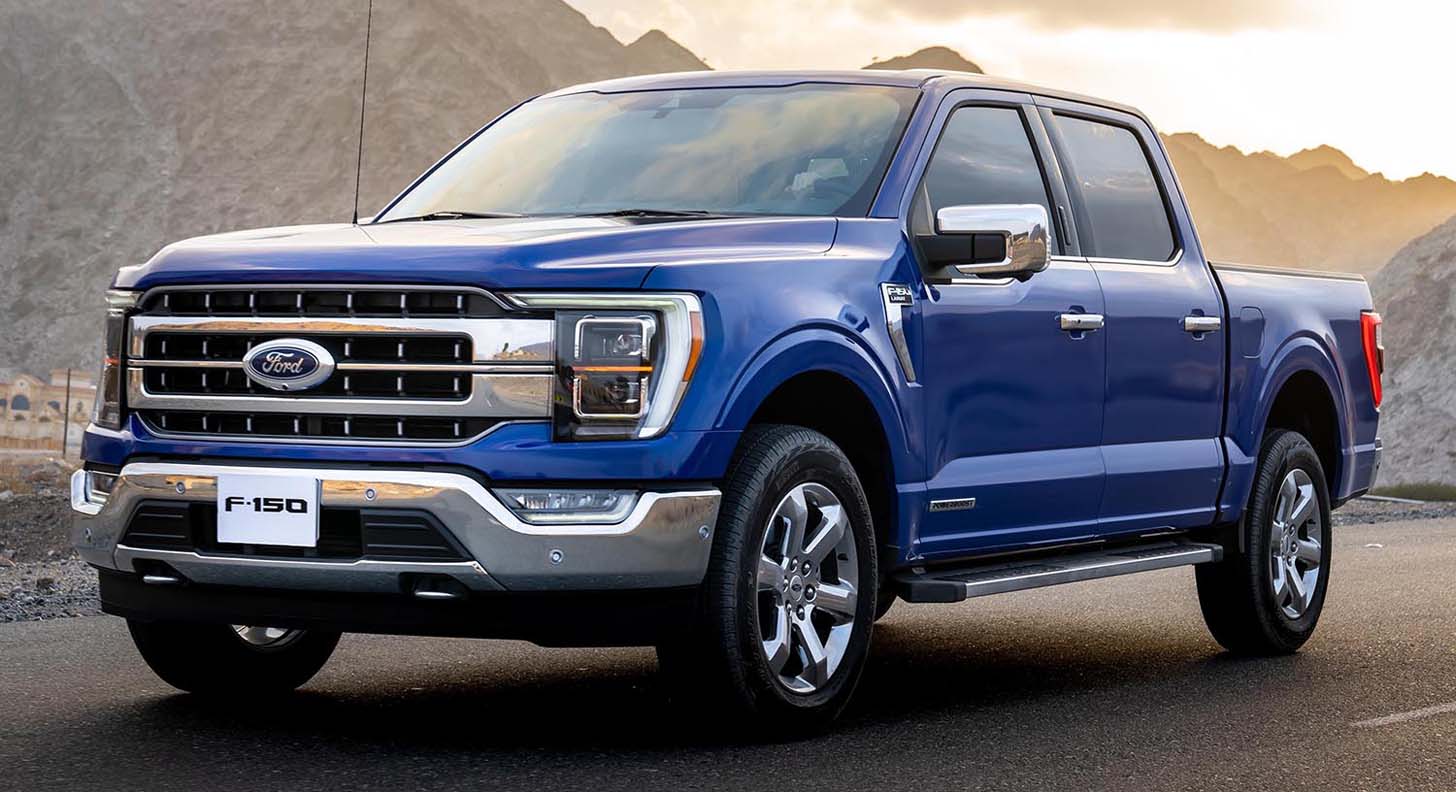 Ford F-Series trucks have been the cornerstone of work and play for more than 40 years, and the all-new 2021 F-150 has a list of new class-exclusive features that help owners to get more out of their trucks than ever before.

The secret to the success of the F-150 – and indeed, all Ford vehicles – lies in the work Ford puts into getting to know what its customers really want from their truck and using customer-centric design to drive product innovation.

“We knew that customers loved their trucks, but we also knew that they wanted more than just a pickup designed to do hard work,” said Ehab Kaoud, Ford Chief Designer, Trucks. “They wanted a truck that delivered at every level, and that involved a lot of thinking by our teams to not only understand our customer and how they use their vehicles, but what we could do to help.”

As part of the all-new F-150 development process, Kaoud’s team spent hundreds of hours with customers to see how they use their pickups in normal daily living. The team took 600 hours of video, snapped more than 18,000 photos and gathered 1,800 pages of notes while observing how people use their vehicles and what product “pain points” they either endure or compensate for with workarounds.

“Before we ever put pen to paper, we wanted to understand how the truck was really used,” Kaoud said. “Understanding all of this and turning it into something tangible was our challenge.” 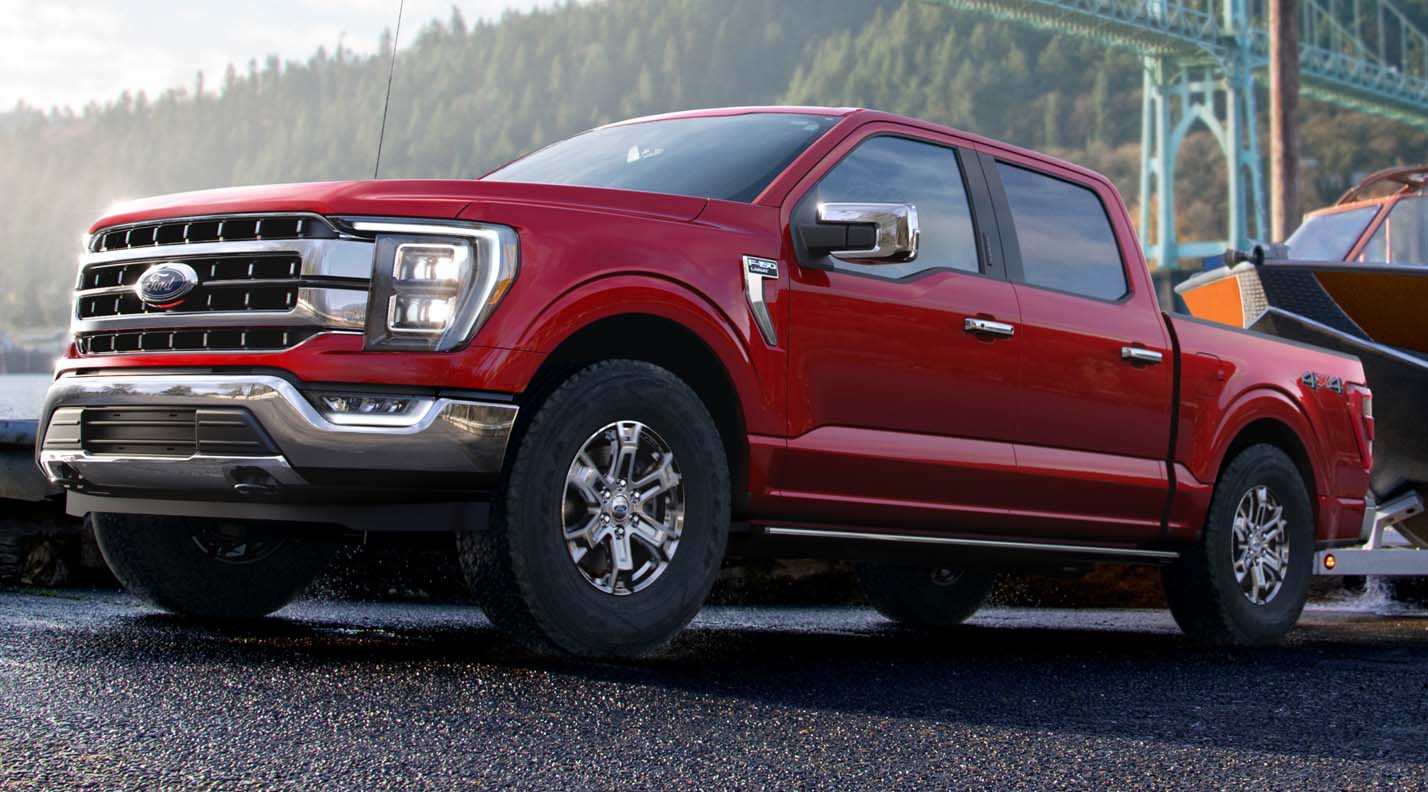 Designed around the customer

Inspiration for many of the class-exclusive features in the 2021 F-150, like the maximum recline seats, came from the observations made by the team.

“We discovered that many users took a nap in their truck at lunch time – people in construction, on job sites or mining. Some even spend the night in their trucks when camping. So we looked at ways we could help them with that.”

To make this new seating system come to life, Ford engineers determined the best and simplest user experience, then created mockups to quickly develop a proof of concept. They used hot glue, foam core and pins to build up components and attach them to a standard seat frame so they could test multiple concepts. After finding the most promising design, they developed a fully functional metal prototype to refine the motion and comfort of the seat; then production parts were created.

The end result: a seat that makes for a comfortable nap. The mechanism lifts the back half of the seat bottom 3.5 inches to make a flat surface to support the lower back. The upper seatback can also be moved forward for neck support. Ford’s all-new seats have been awarded five patents tied to the novel design and assembly process.

“There are no additional motors in these seats – just a simple mechanism that relies on the customer moving the seatback using the power recline function,” he said. “It’s simple, it’s effective, and we believe our customers will love how much more productive they can be just by getting a little more rest during downtime.” 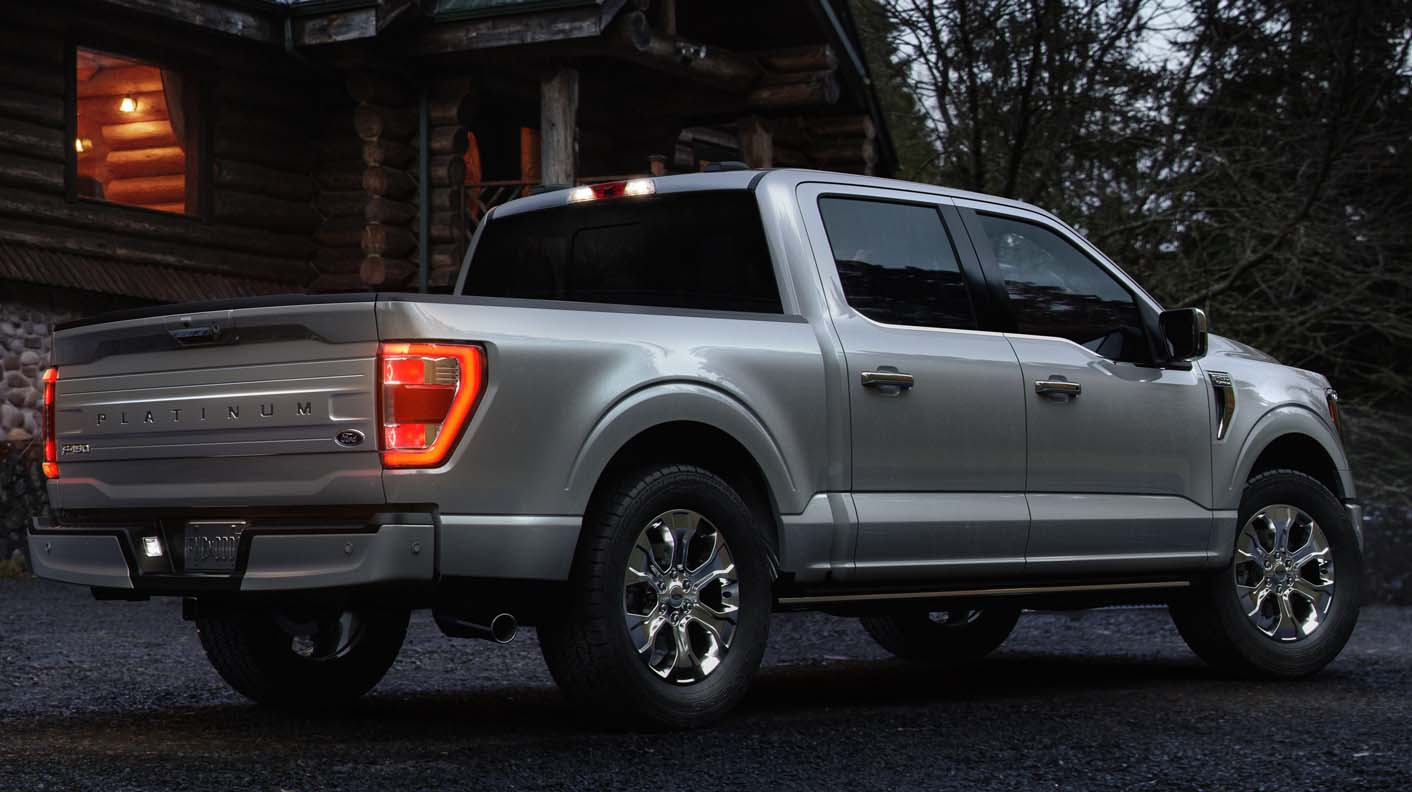 Kaoud’s team also discovered that owners used their trucks for more than just simply getting to and from the job or camp site, or lunchtime naps. They learned that owners used the truck as an office, catching up on emails or invoices between jobs. They used it as a place to eat and relax during lunch, take notes and make plans.

“We looked at ways we could help them do that. It was clear that we needed to create a stowable flat work surface for customers, and the best place for that was the centre console,” he explained.

The large, fold out surface would not have been possible without another innovation devised by the team: the stowable shifter.

“Our customers love the large, chunky shifter where they can rest their hand while driving. They like that there is this big shifter that represents our Built Ford Tough quality,” Kaoud said. And, rather than replace it with a dial, a column-mounted shift lever or Lincoln-style transmission buttons, the team simply created an electrically actuated shifter that would fold into the centre console to make room for the work surface.

Every detail of the all-new F‑150 interior was examined with the truck customer in mind. The result is materials and color choices that are more upscale. There is more storage, more comfort and more functional real-world features. The new instrument panel now includes standard 8-inch and available 12-inch centre-stack colour touchscreens.

“What is interesting is that we’ve created a little ledge below the screen. As you’re driving and you’re going over bumps and trying to press a certain button, you actually have a place to rest your hand so that you can get to the target button much easier.”

“We also centralised the functions with the radio switches and the climate control. Customers want buttons and they want these big controls that they can operate with gloves on. So, we focused on what they wanted by centralising the functions to certain areas so that they became more intuitive.” 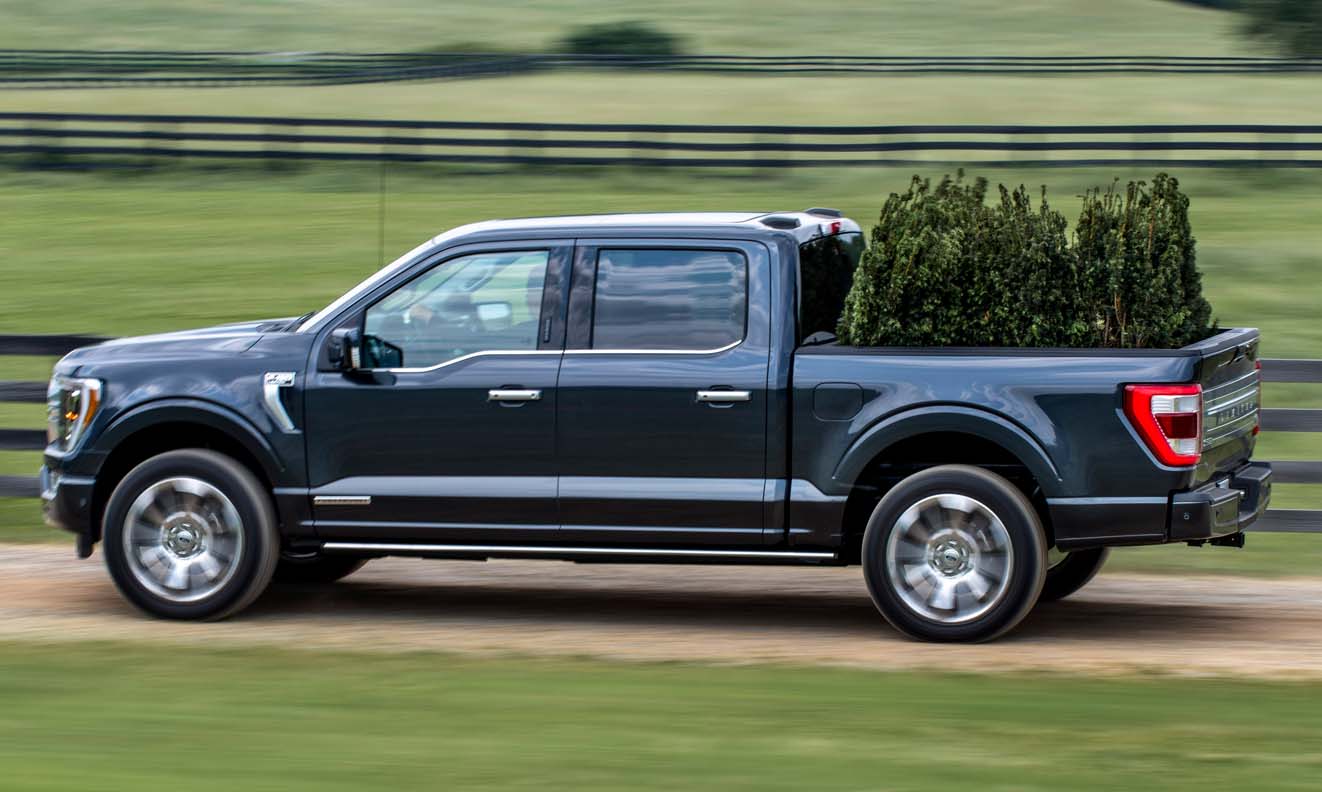 “We also wanted to understand how the bed of the truck was used. We have a diverse team of engineers from across the globe, and wherever you go in the world, the truck is used in different ways,” Kaoud said.

One clear area Kaoud said his team excelled was in creating a tailgate that helped customers to be more productive.

“We’ve created a work surface with a smooth area that you can use for writing invoices, or checking emails, or for whatever else. On the side, there is a tablet holder. We discovered that many of these guys look through YouTube to understand what they need to do, or the directions they need to follow to do their work, so we’ve created an area where you can put a tablet or phone sitting up facing you so that as you’re doing the work, you can go step-by-step through instructions.

“We also paid attention to stationary machinery. We now have anchor points in the tailgate where there are designated areas in the plastic that you can cut through to anchor machinery to the metal itself for better precision cutting or measuring. You can actually clamp things to the tailgate for more precise cutting as you’re doing your work.”

Longer items can be secured with tie down hooks on the sides of the tailgate which, as a little added touch, can also be used as bottle openers.

“Of course, all of this is enhanced by the pro-power on board which is literally a generator that comes with the truck. A moment of discovery was that many owners buy these anyway, and they take up a lot of extra space in the box, and they’re 300lbs.

“That was an ‘aha’ moment for us. Our engineers came back and said that we could fit a built-in generator that would sit inside the wall of the truck and wouldn’t take up any space. It’s inside the wall of the truck and you can use it for powering machinery. I thought this was a really exciting part. It’s not a really a design feature, it’s more from the engineering side, but it is a feature that customers really appreciate.”

With a reputation for toughness and a proven track record of 44 consecutive years as America’s favorite truck, the Ford F-series lineup has continually raised the standards expected of all light duty trucks.

“As truck owners, we have this love affair with F-150, and diversity within our development teams is critical to that. They’re not just Americans, they come from different backgrounds. Diversity is  a big part of this: be it with customers we work with or the engineering teams, they are very diverse. And I think that’s a large part of the international appeal of the F-150,” Kaoud concluded. 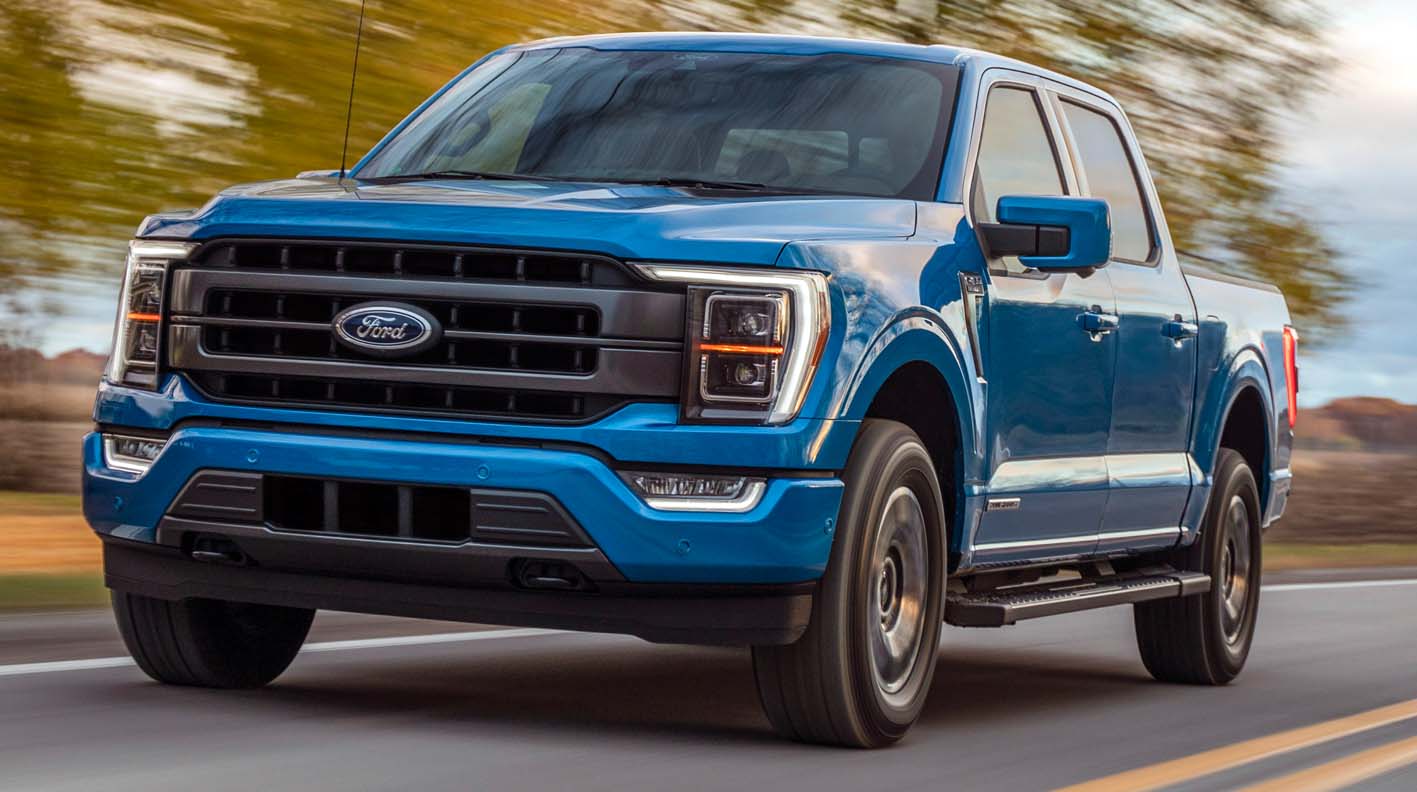 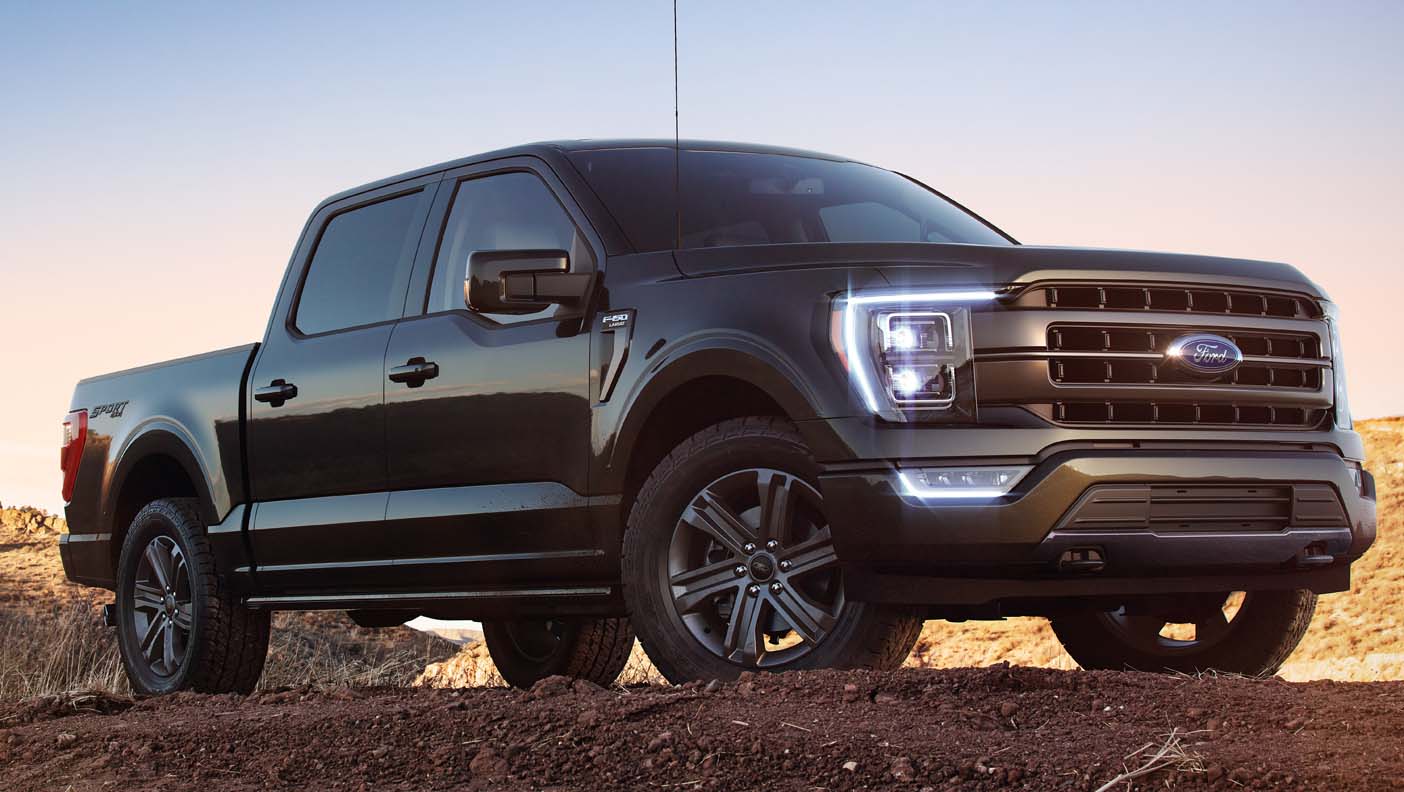 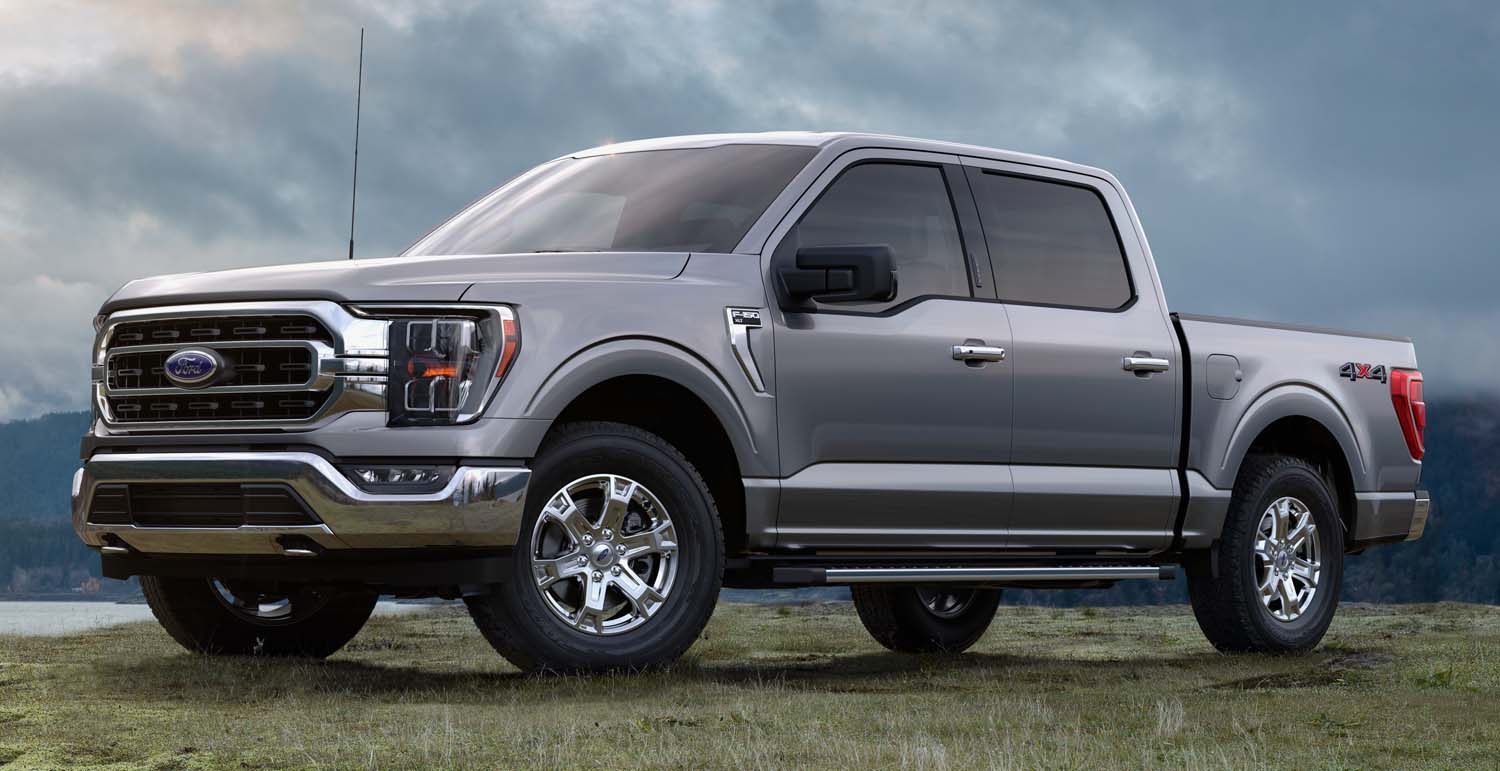 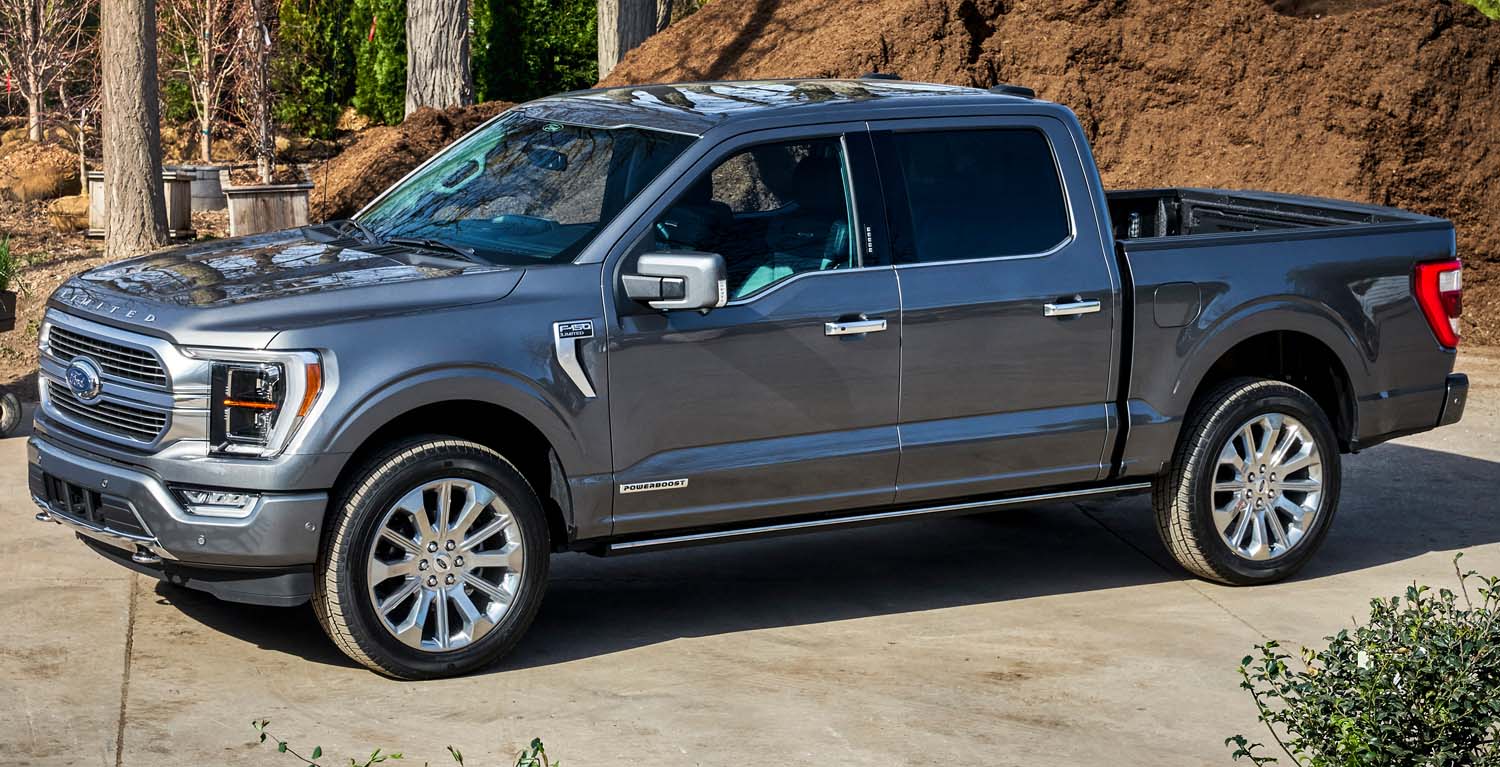 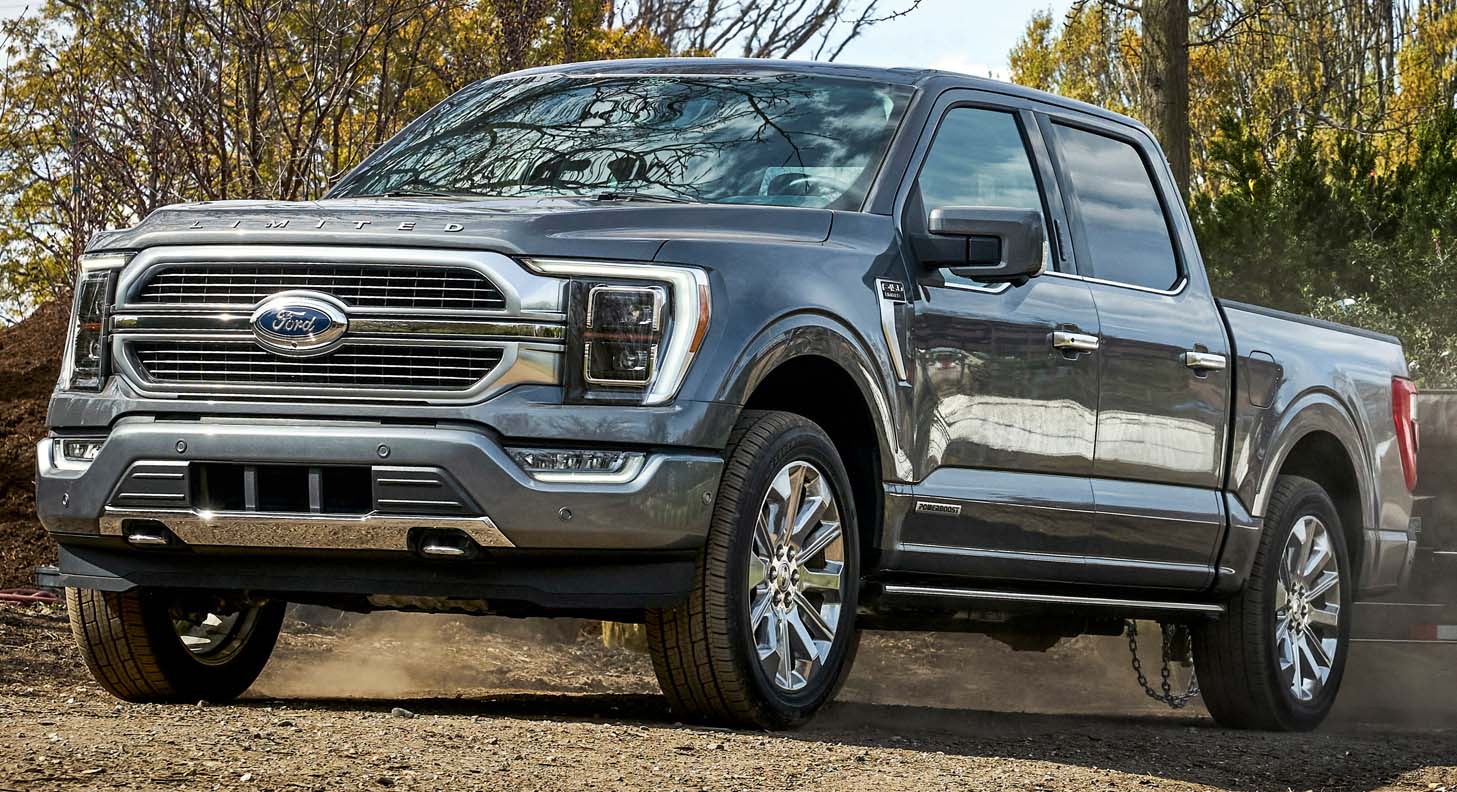 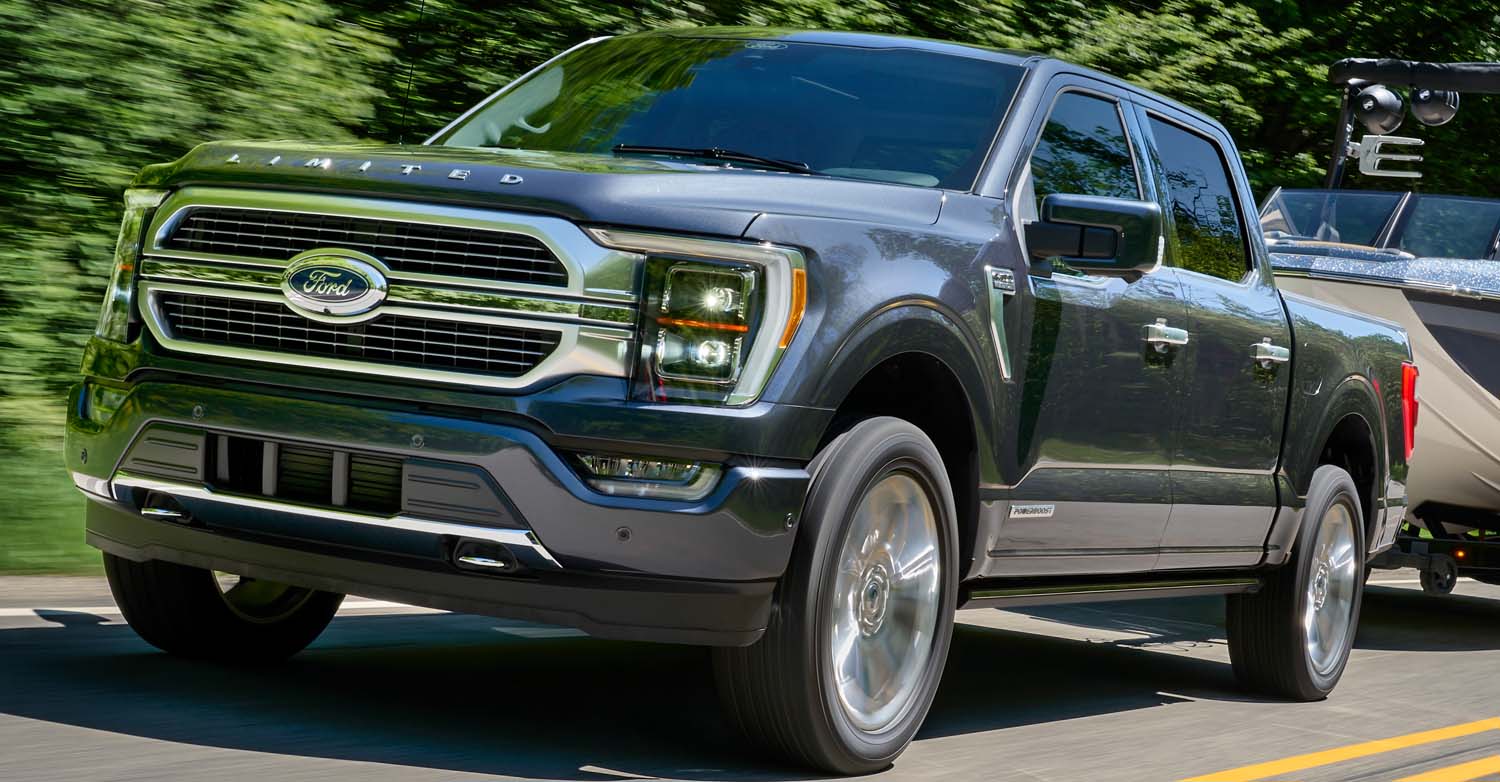 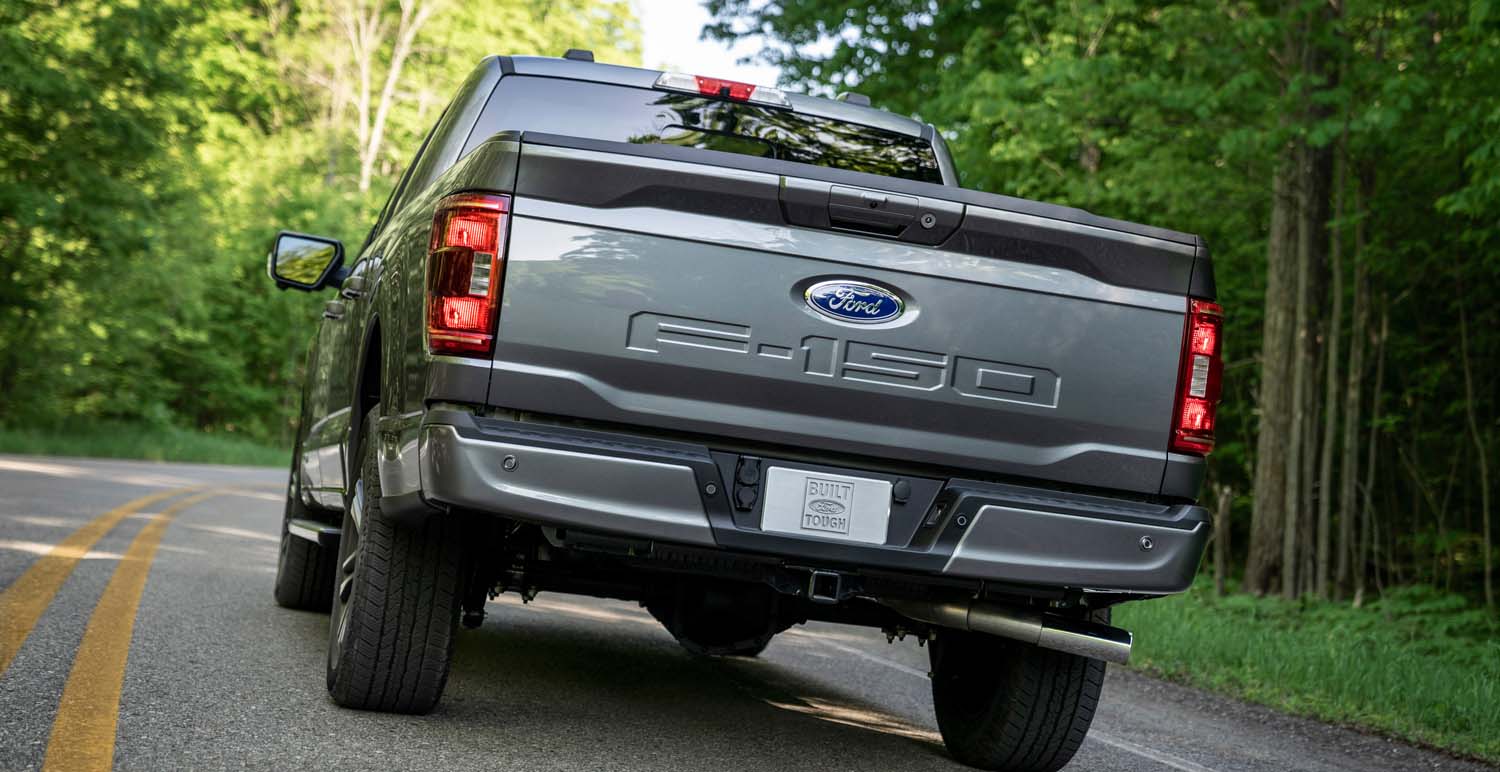 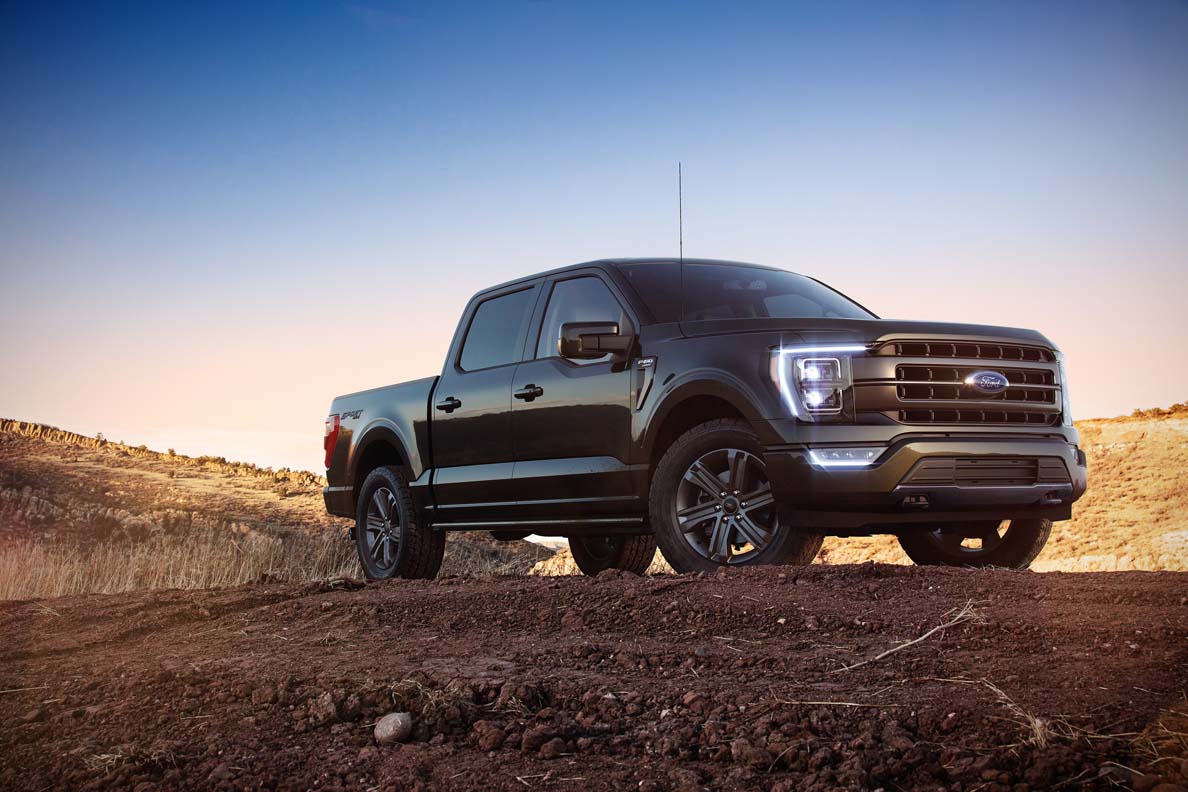 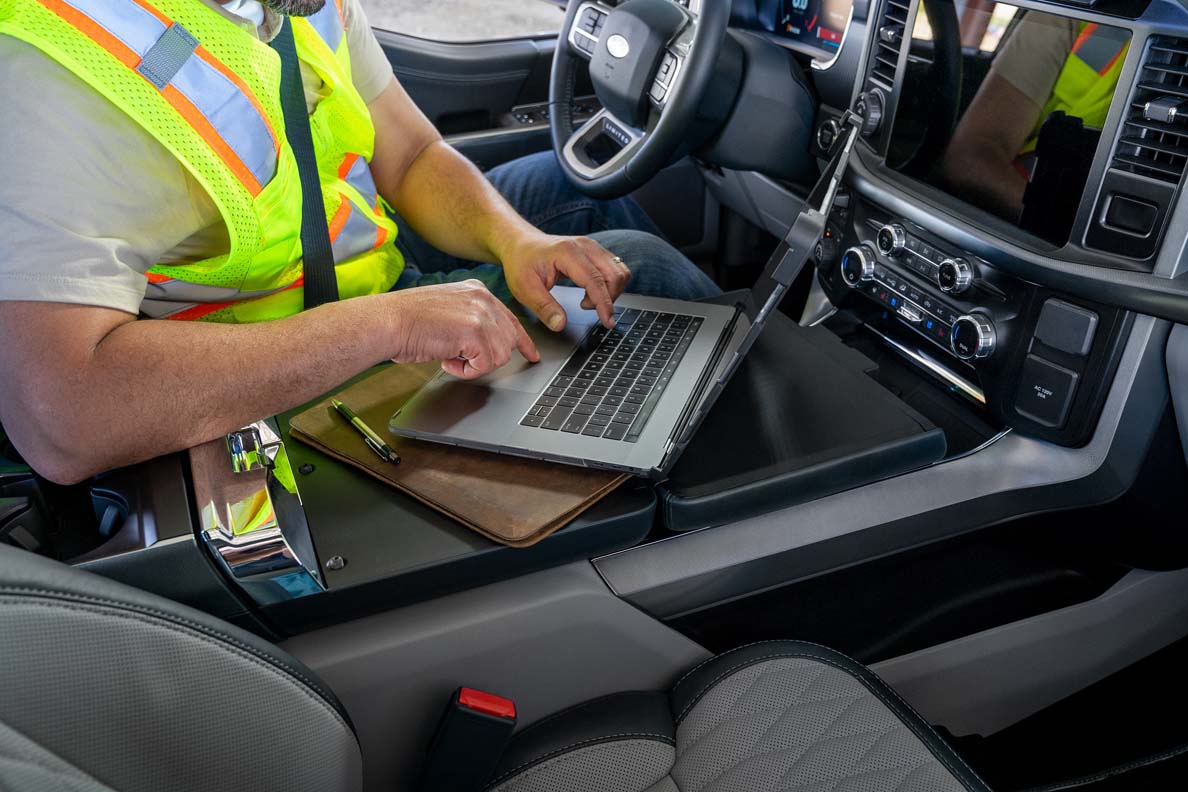 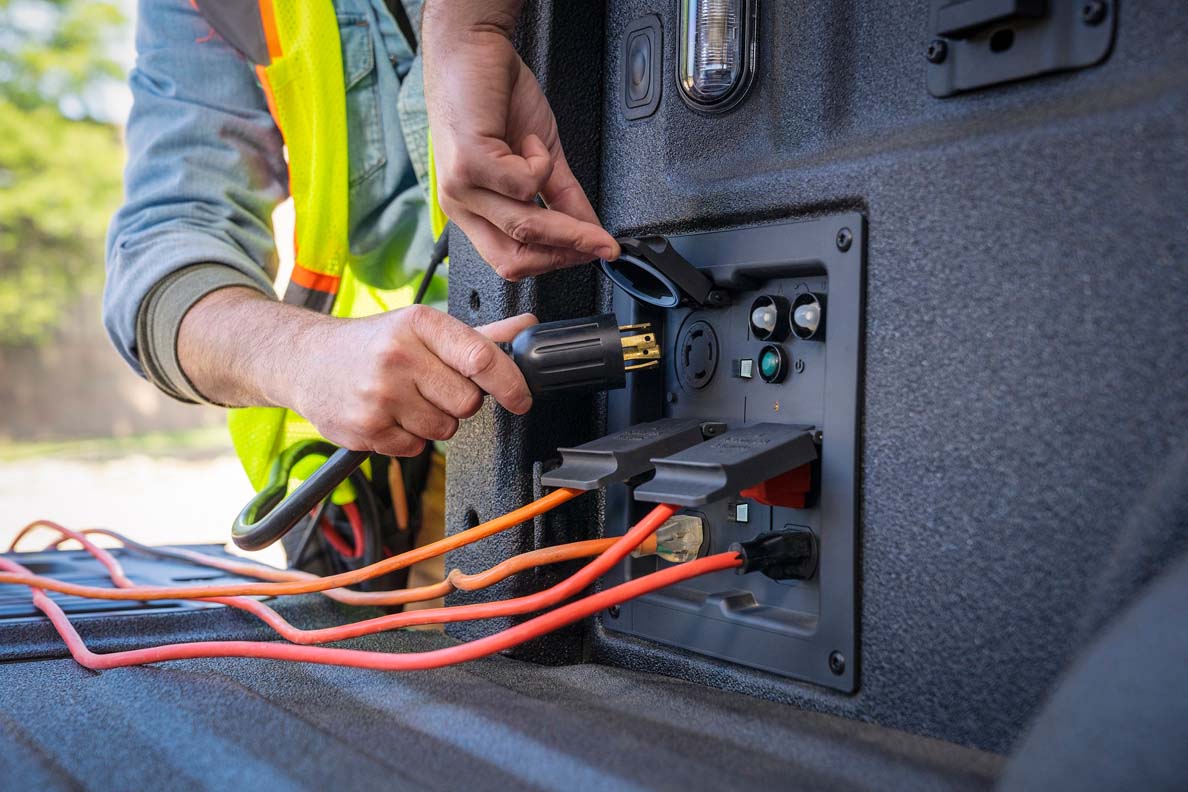 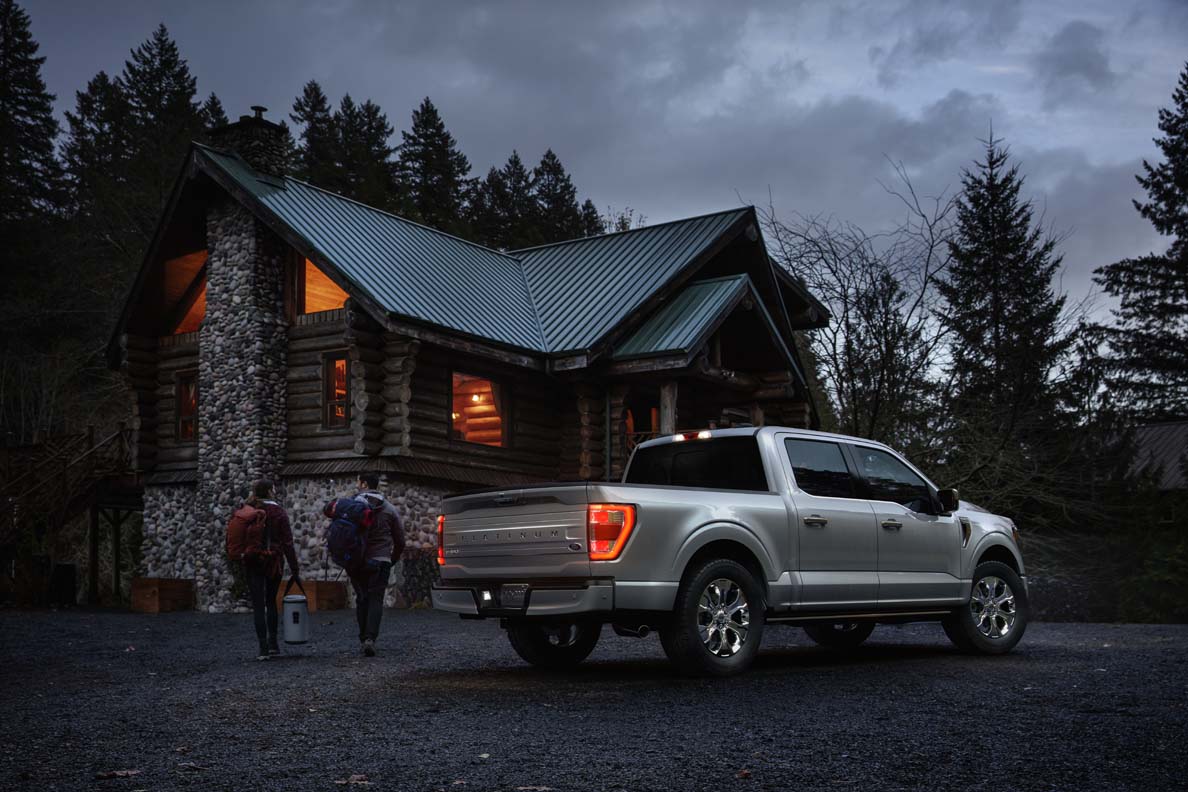 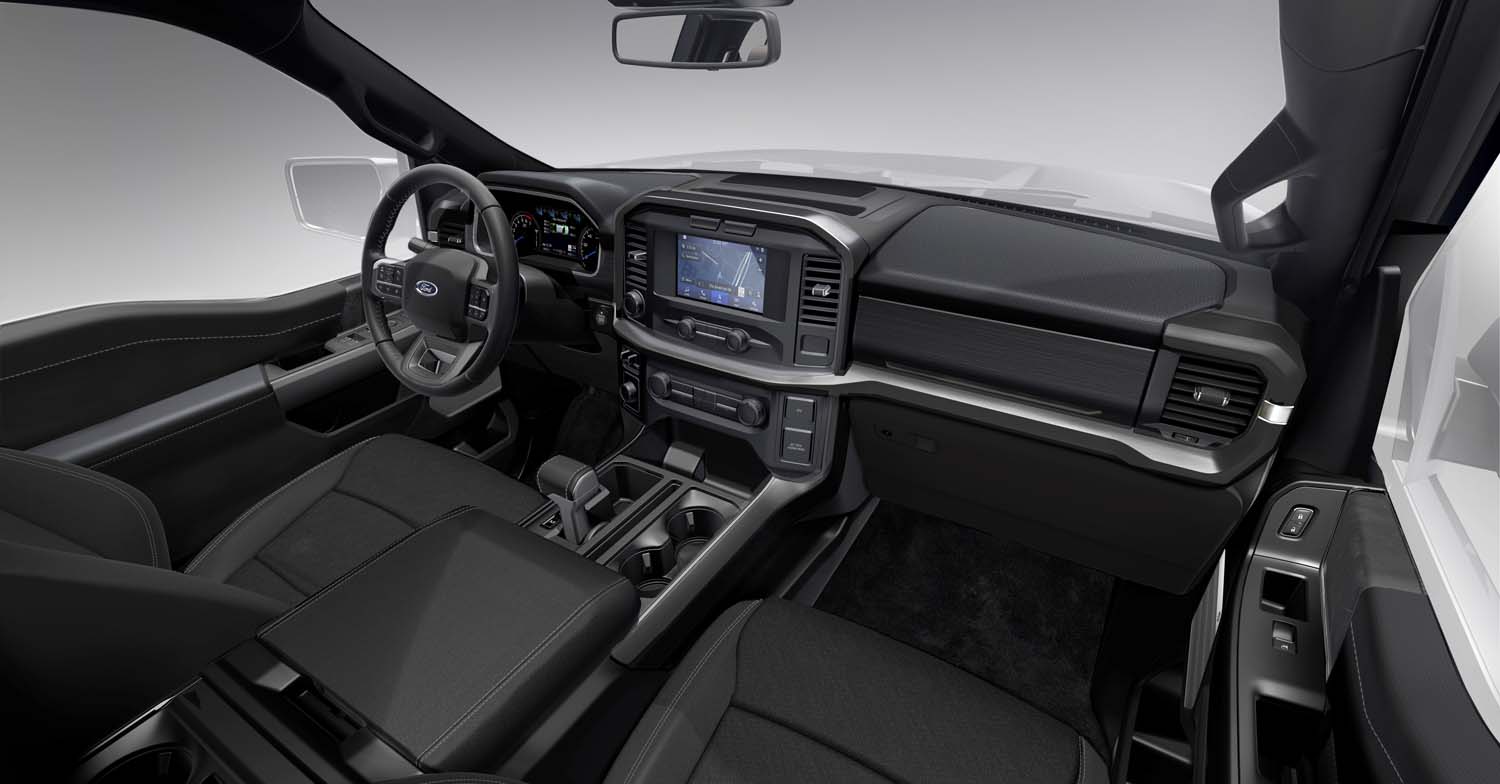 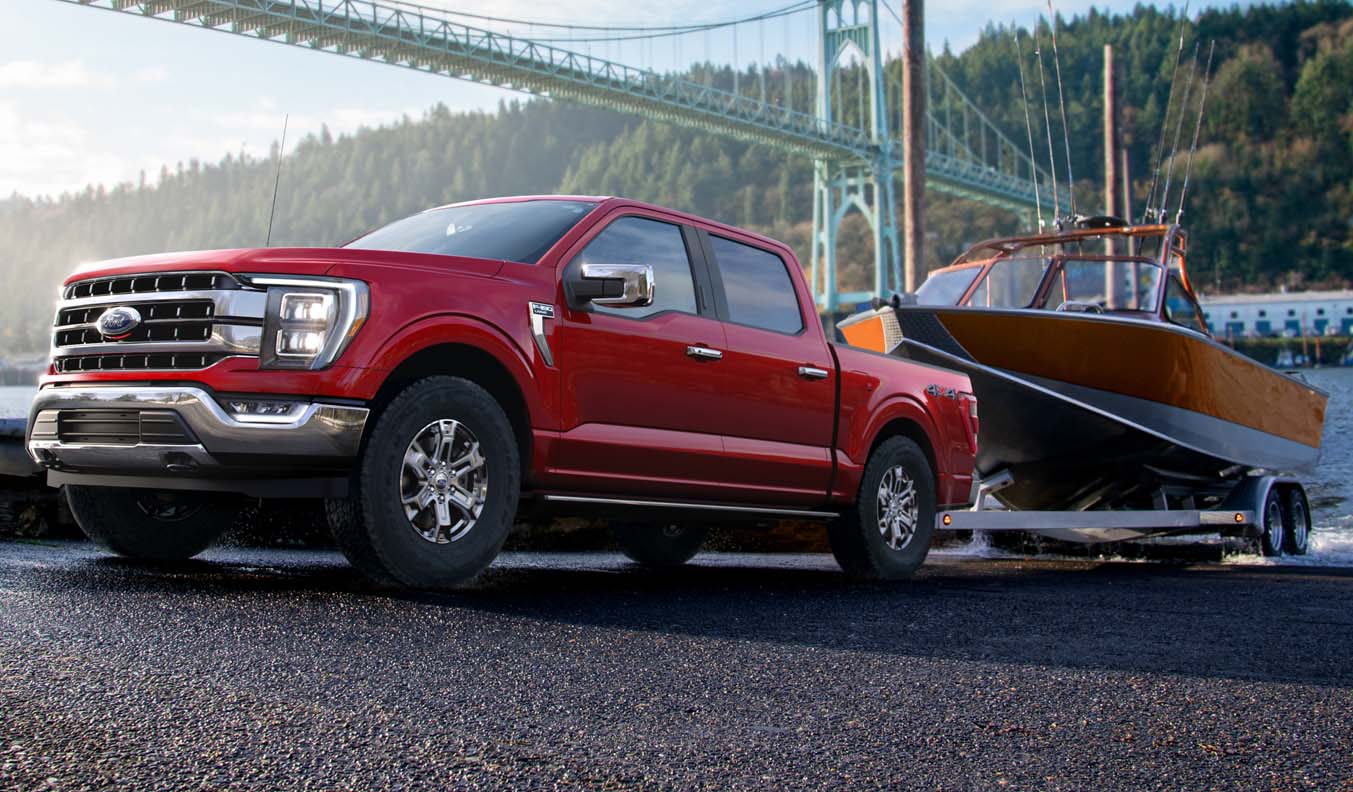 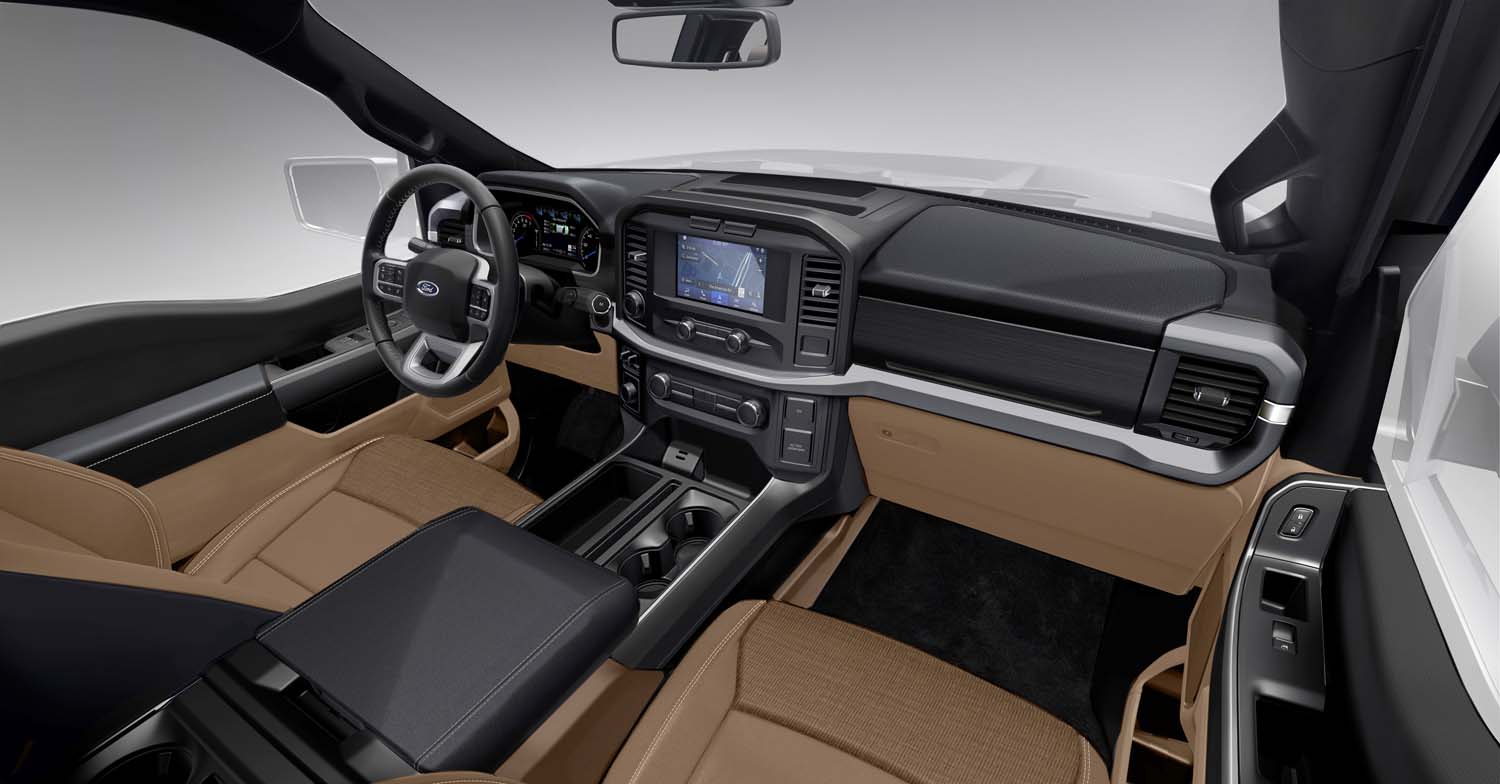 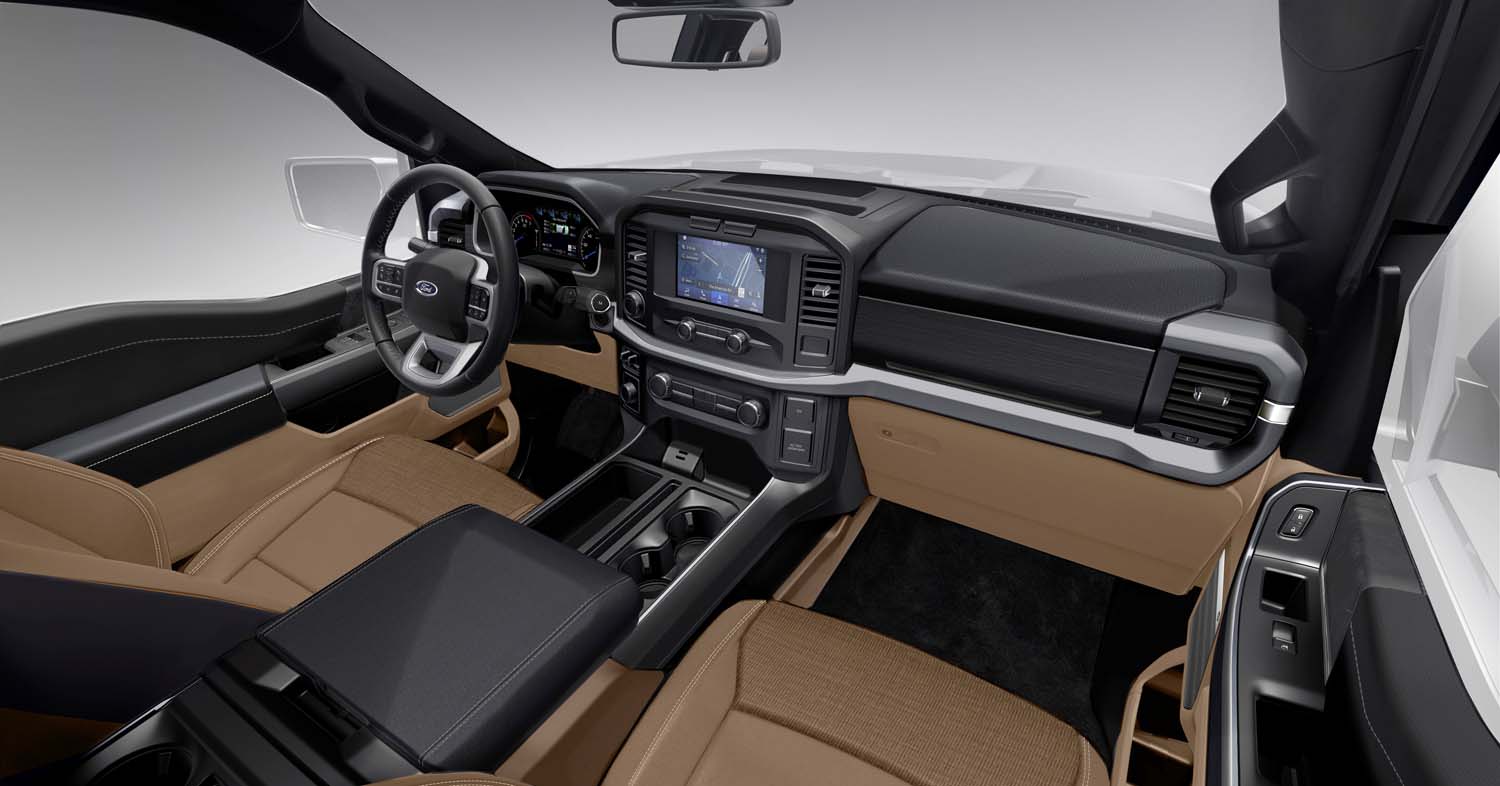 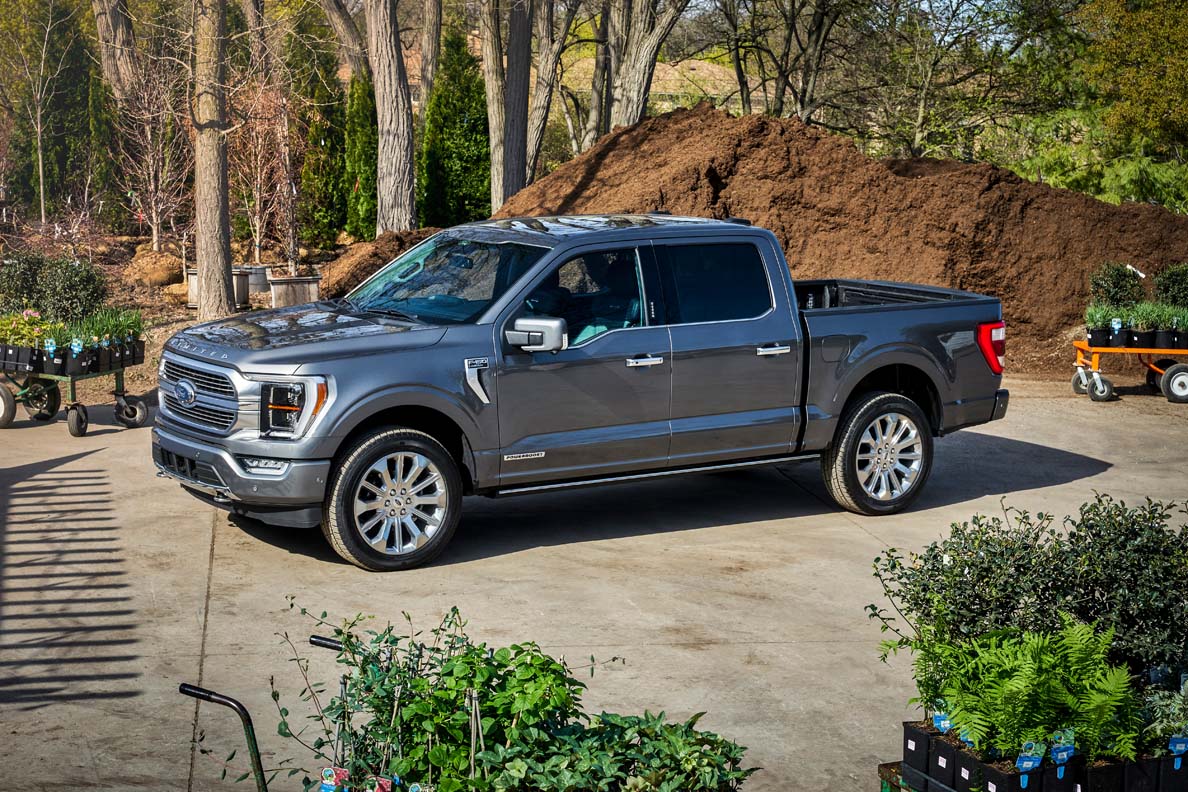 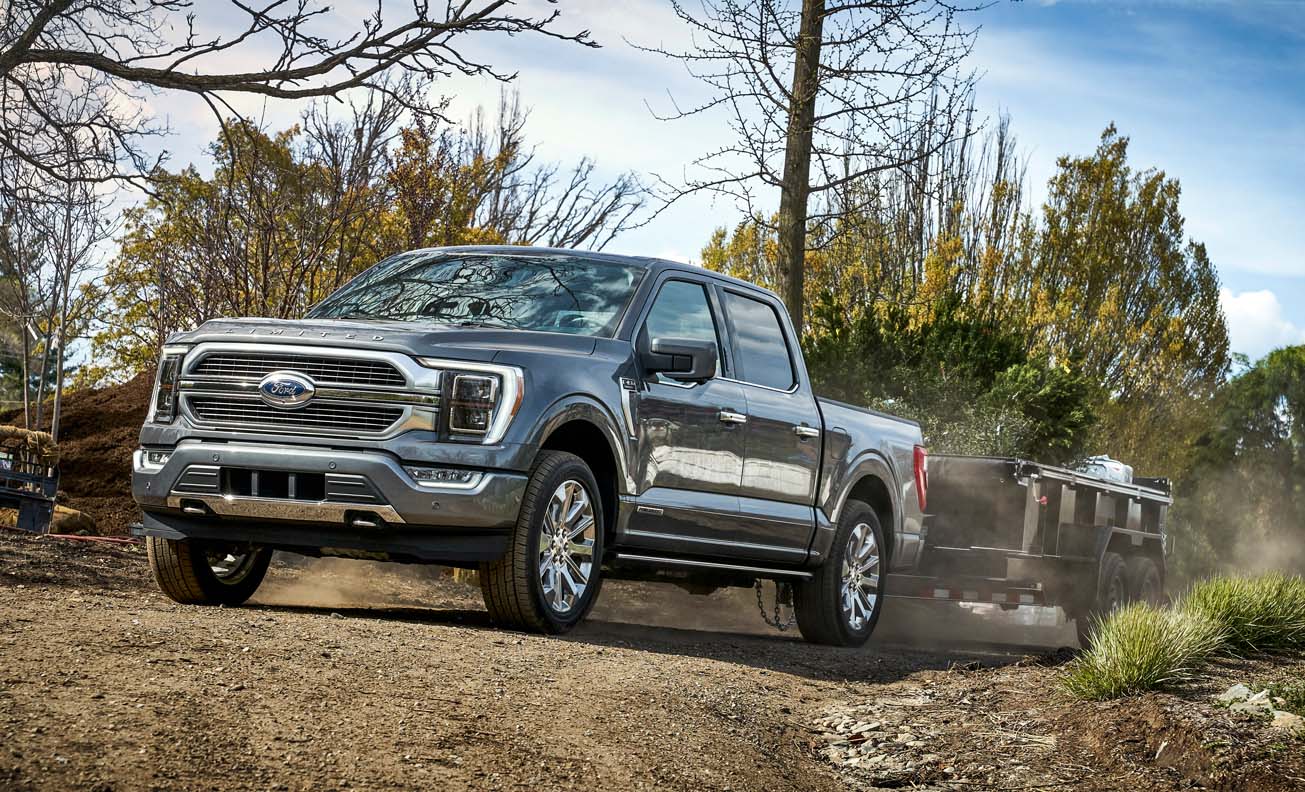 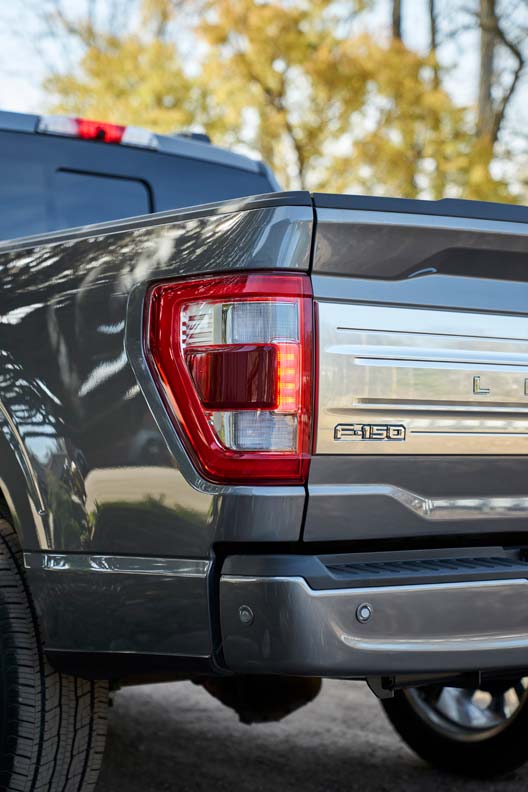 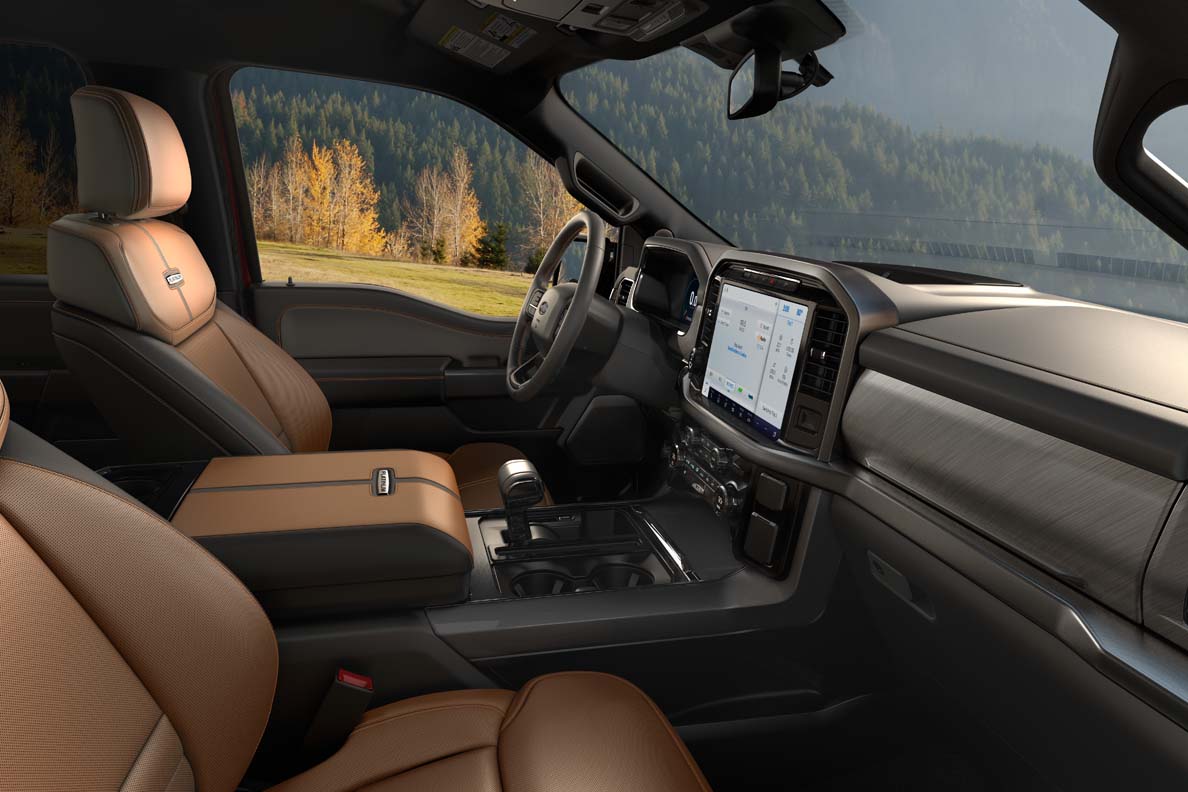 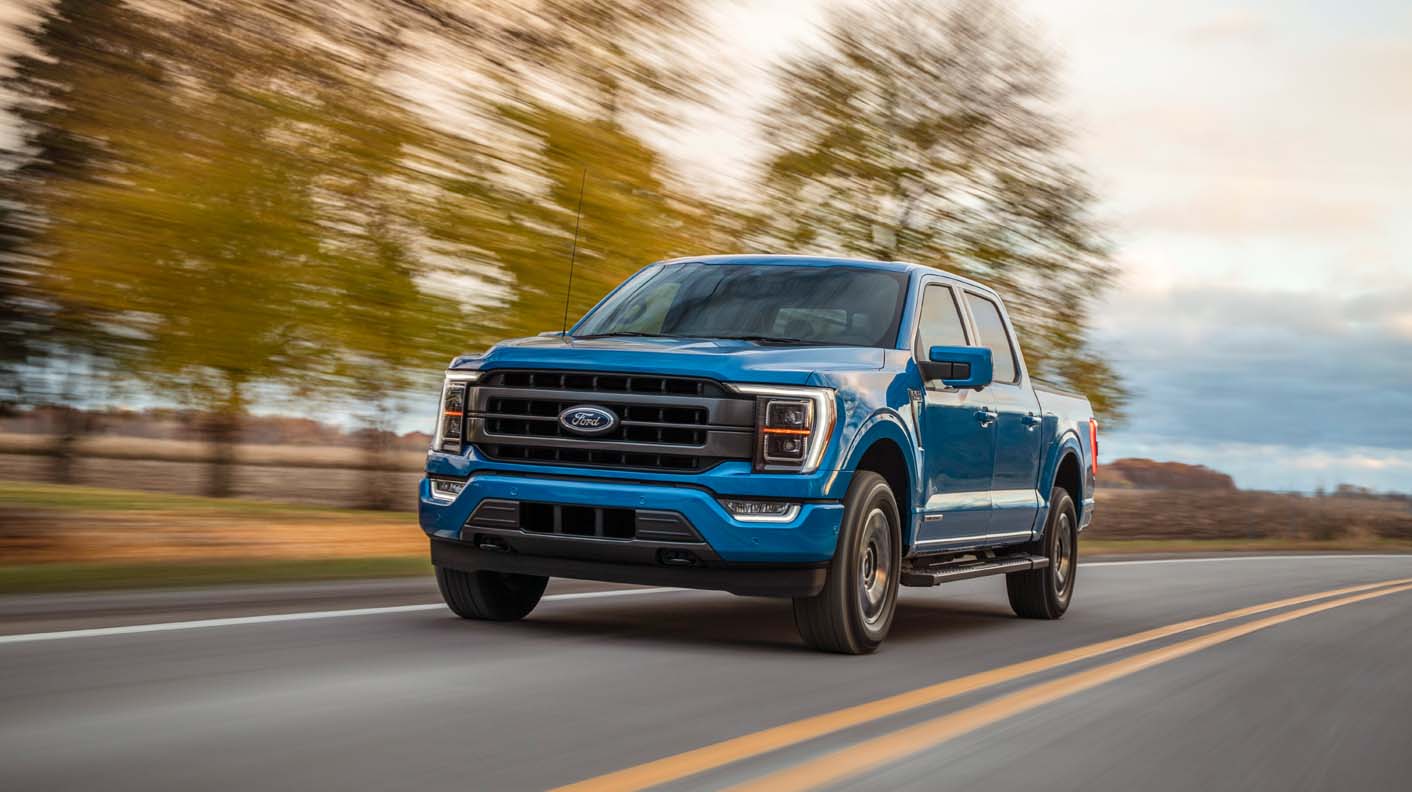 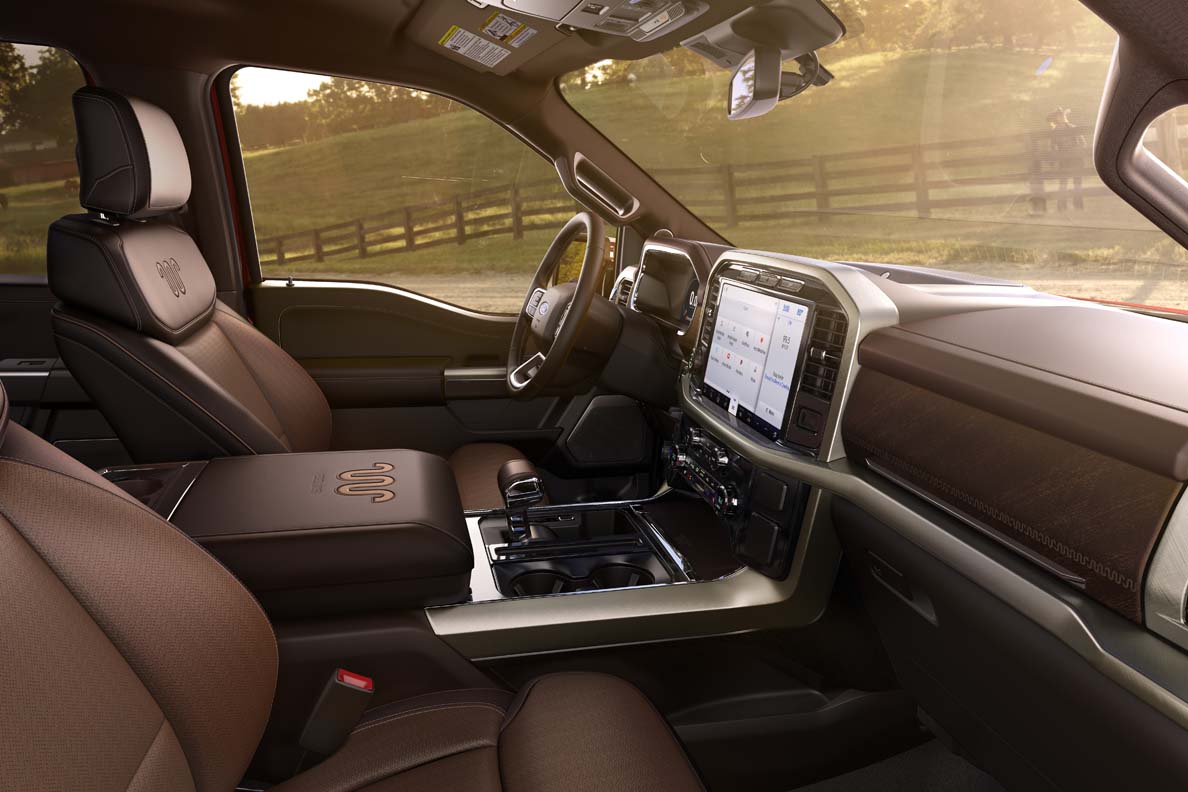 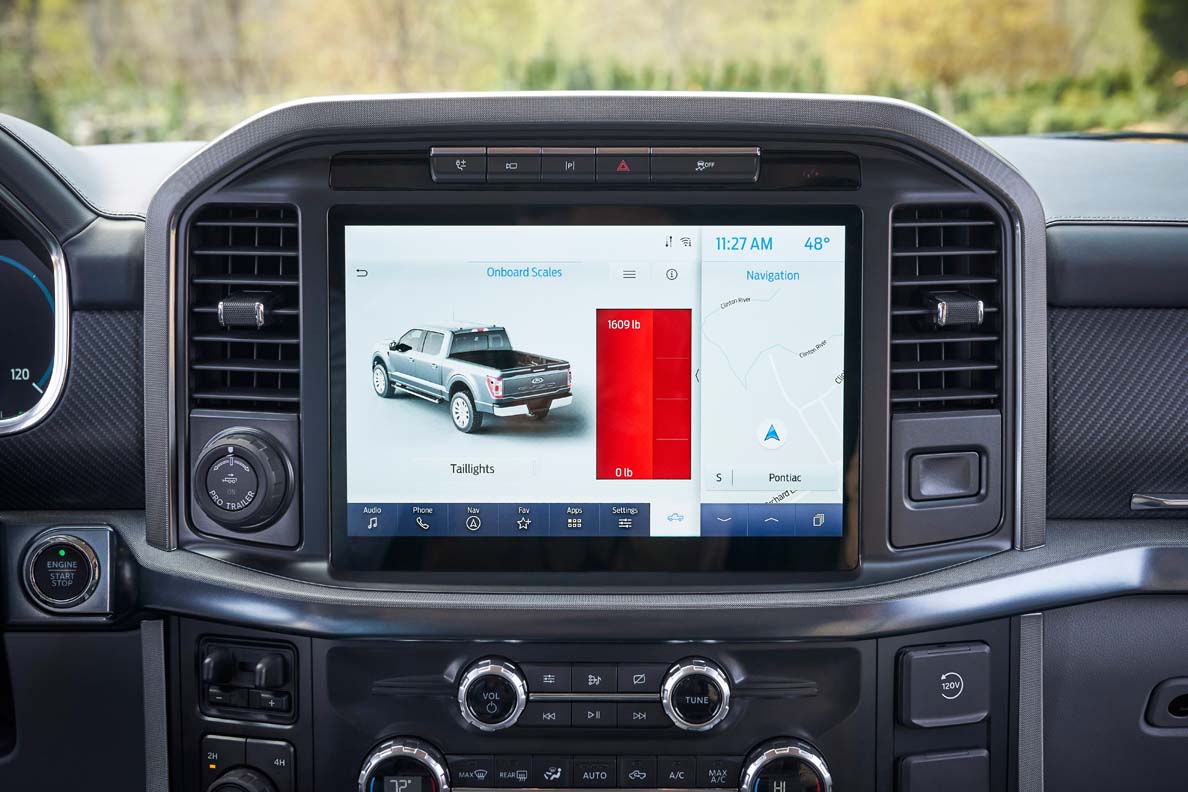 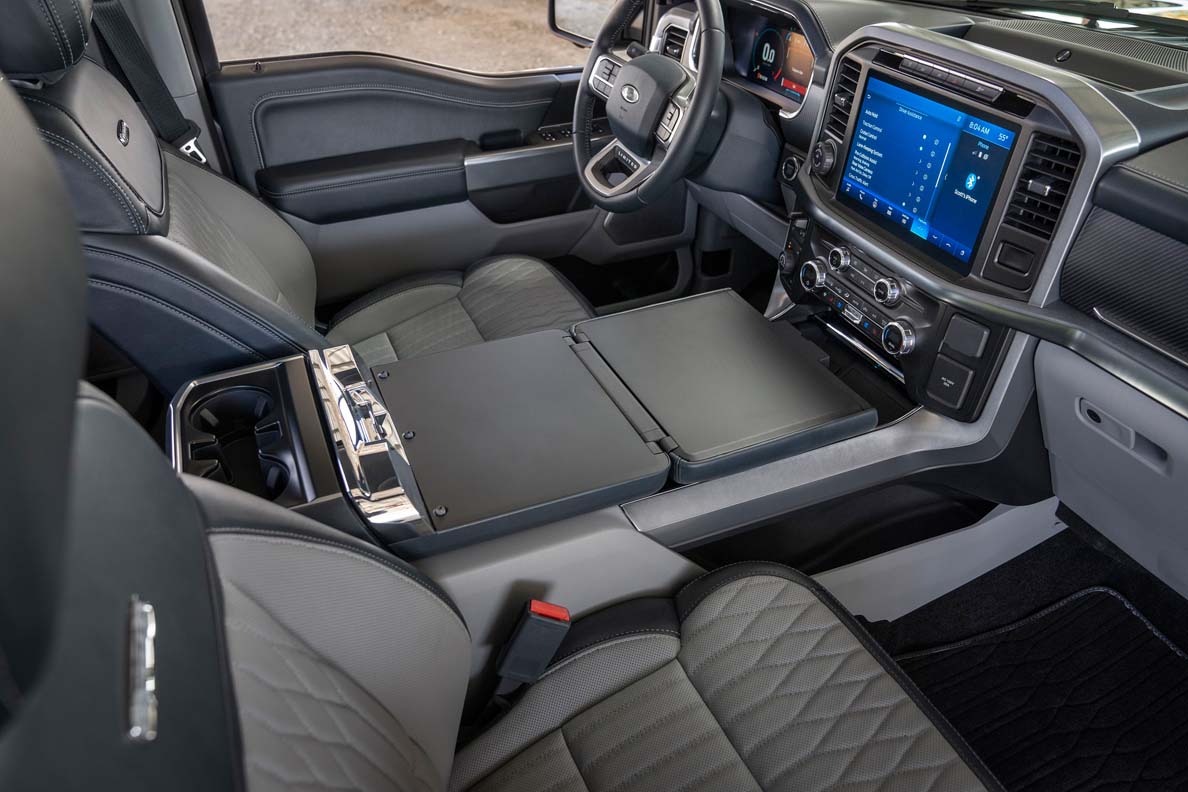 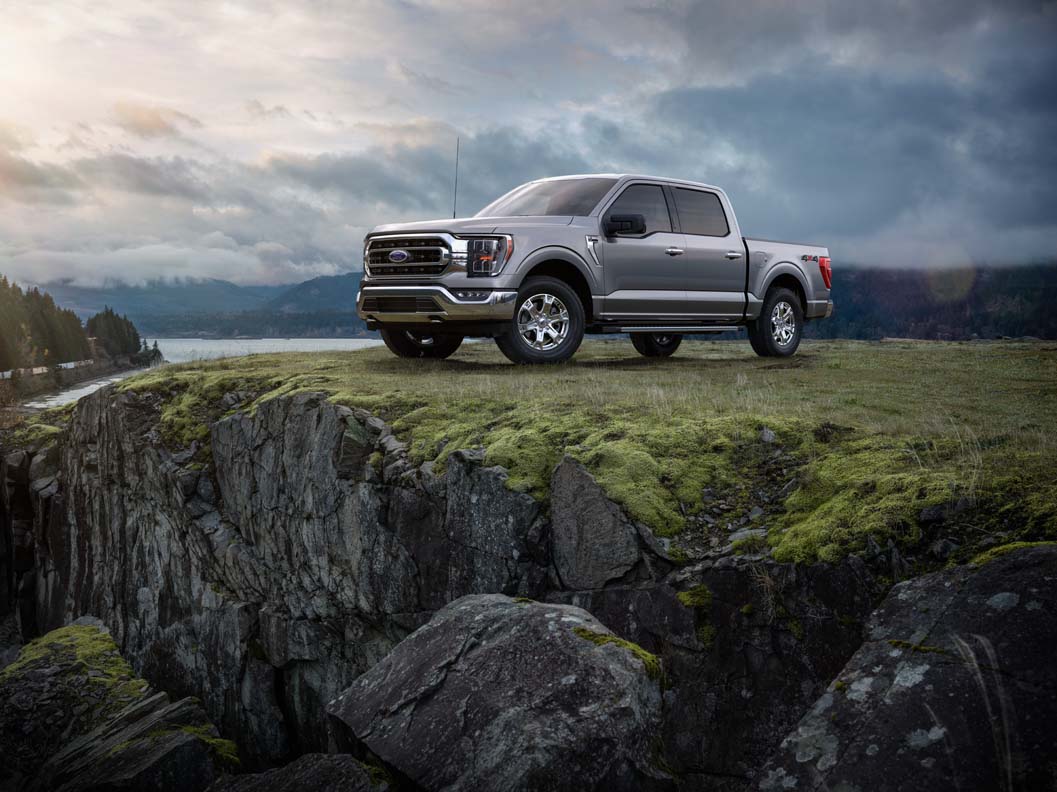