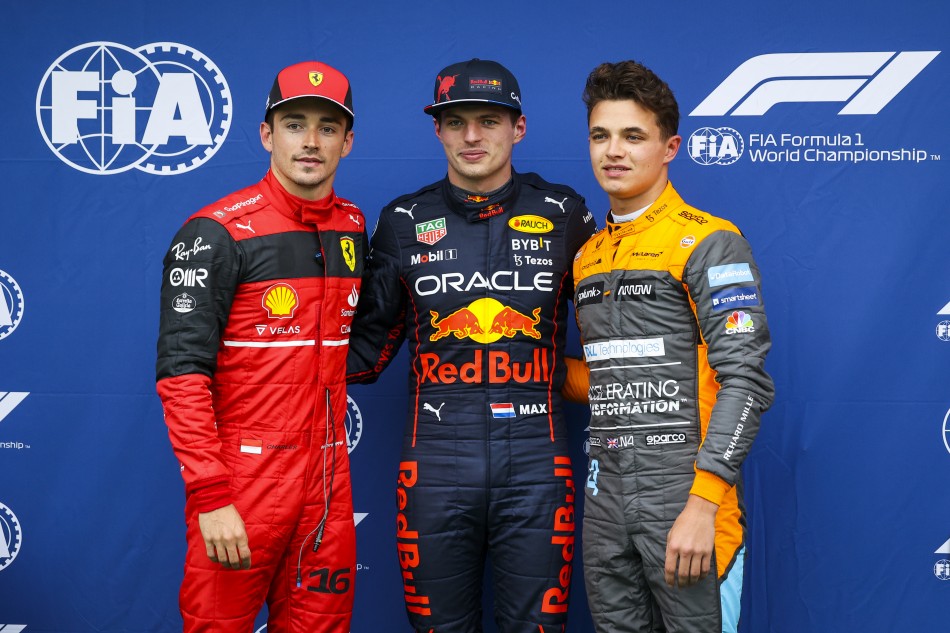 Max Verstappen claimed his first pole position of 2022 at the end of a complex qualifying session for the Emilia Romagna Grand that was disrupted by wet weather and a spate of red flags. The Red Bull Racing driver took his team’s 75th pole almost eight tenths of a second ahead of championship leading Ferrari driver Charles Leclerc and McLaren’s Lando Norris who brought an early end to Q3 when he crashed just as the final flying laps of the session had begun.

In Q1, Aston Martin’s Lance Stroll set the pace in the opening minutes of the session on soft tyres, ahead of Alfa Romeo’s Valtteri Bottas, while Verstappen took third on intermediate tyres with a time of 1:25.515.

There was little time for any improvements, however, as six minutes into the session the red flags were flown for the first time. Alex Albon suffered a brake fire that caused the tyre and the brake to explode. The Williams driver was able to make it back to the pits, but with debris scattered across the track the session was halted. Albon was unable to return to the action, however.

When the session resumed after an almost 10-minute delay, Verstappen jumped up the order with a time of 1:20.349 and then after setting a purple time in the first sector and personal bests in the final two thirds he claimed P2 behind Leclerc with a time of 1:19.295. Carlos Sainz finished the opening segment in third place ahead of the second Alfa Romeo of Zhou Guanyu. Sergio Pérez, in the second red Bull, meanwhile, had a few nervous moments as he plummeted P16 late in the session. However, a good final flying lap of 1:19.773 boosted him to P5.

Ruled out at the end of Q1 though were the AlphaTauris of Yuki Tsunoda and Pierre Gasly, who finished in 16th and 17thplaces respectively. Also eliminated behind them were Williams’ Nicholas Latifi, Alpine’s Esteban Ocon who did not complete a final run, and the unfortunate Albon.

With rain expected in Q2 a queue of cars formed at the pit exit and looking to make the most of the dry conditions Verstappen headed out early. He duly took P1 with his first flying lap thanks to a time of 1:18.793. That put him two tenths ahead of Sainz. McLaren’s Lando Norris took third place ahead of Pérez.

Again, though, the session was halted early as Sainz crashed out. The Spanish driver lost the rear of his Ferrari into Rivazza 2 and spun into the barriers. The red flags were swiftly shown and the action stopped.

During the stoppage the rain began to fall. The drivers left in the drop zone prior to the red flag had no hope of improvement on the wet track and eliminated after 10 minutes in inaction were 11th-placed George Russell, Haas’s Mick Schumacher, the second Mercedes of Lewis Hamilton in P13, Guanyu and Stroll.

The red flags episodes continued at the start of Q3. Haas’ Kevin Magnussen got a wheel on the white line at Acque Minerale and he spun off towards the barriers. With his car appearing to be beached, the red flags came out. However, the Dane was able to find grip and he scrambled out of the gravel to make his way back to the pits.

The session resumed after a six-minute delay and Verstappen climbed to the top of the order with a lap of 1:27.999, almost eight tenths of a second ahead of Leclerc whose second run was compromised by a slow middle sector.

And just as the defending world champion claimed provisional pole, the red flags were displayed for a fourth time when Bottas was forced to pull over at the side of the track on the run to the first Rivazza with a technical issue.

With just three minutes left in Q3, the remaining drivers would get just one more flying lap. But the prospect of a last-ditch battle for pole was ended when Norris slid off at Acque Minerale. His McLaren nudged into the barriers and for a final time the red flags flew. With under a minute left in the session race control indicated that qualifying would not be resumed and Verstappen took his first pole of the season.

Behind the top three, Haas claimed their best ever grid slot with Kevin Magnussen taking fourth place. Fernando Alonso will line up fifth for Alpine and Daniel Ricciardo is set to start sixth in the other McLaren. Checo, disadvantaged by the Bottas flags, will start seventh ahead of the Finn, while Aston Martin’s Sebastian Vettel will start ninth ahead of Sainz. 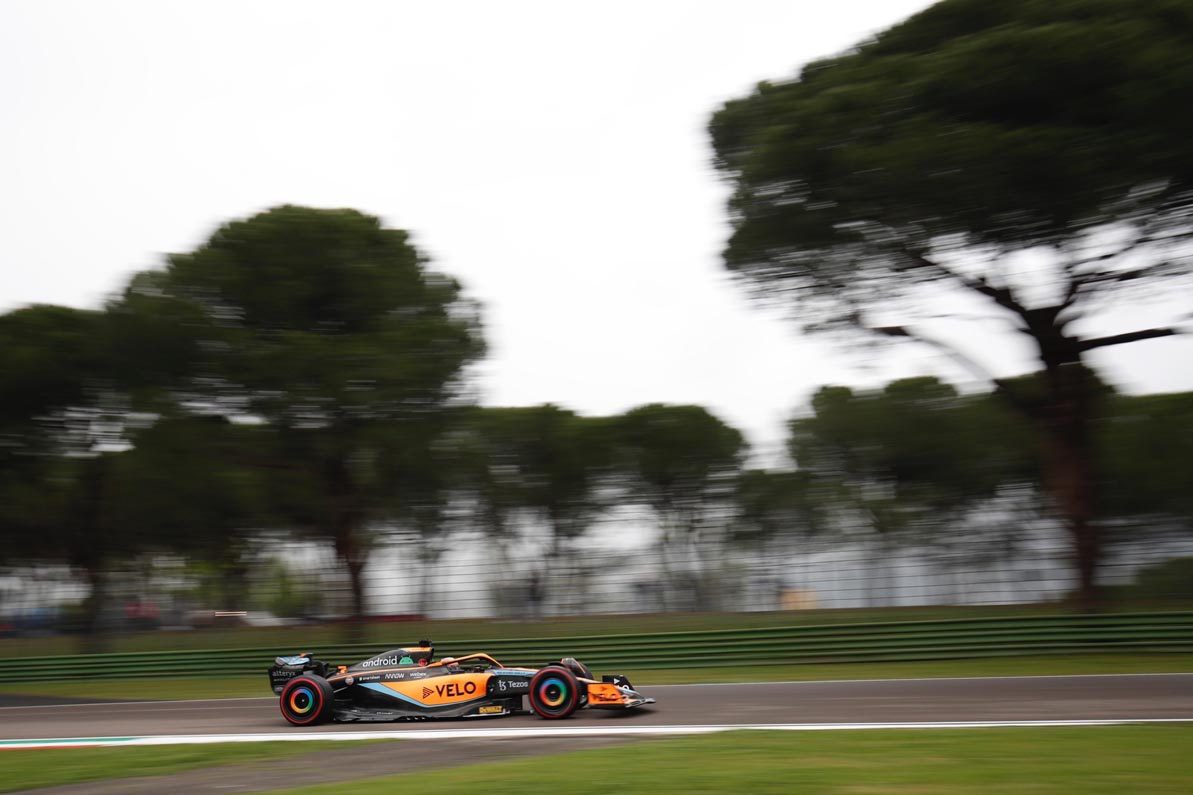 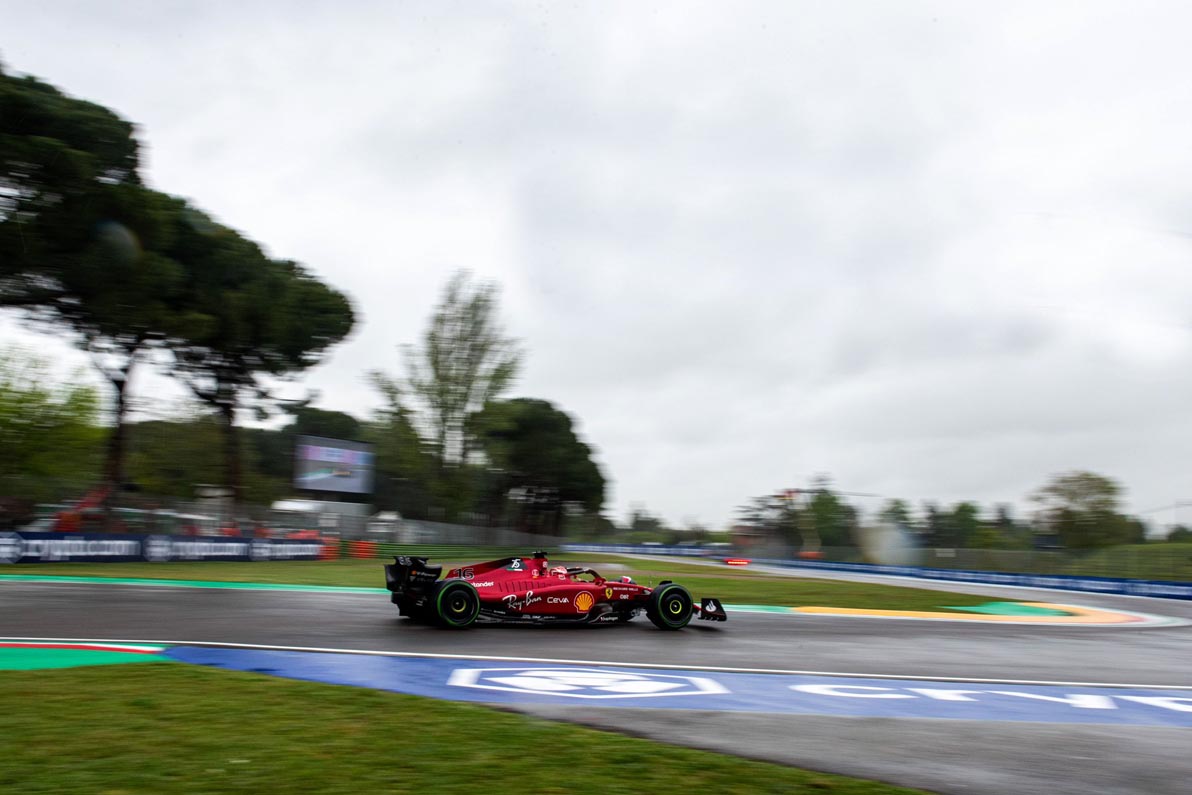 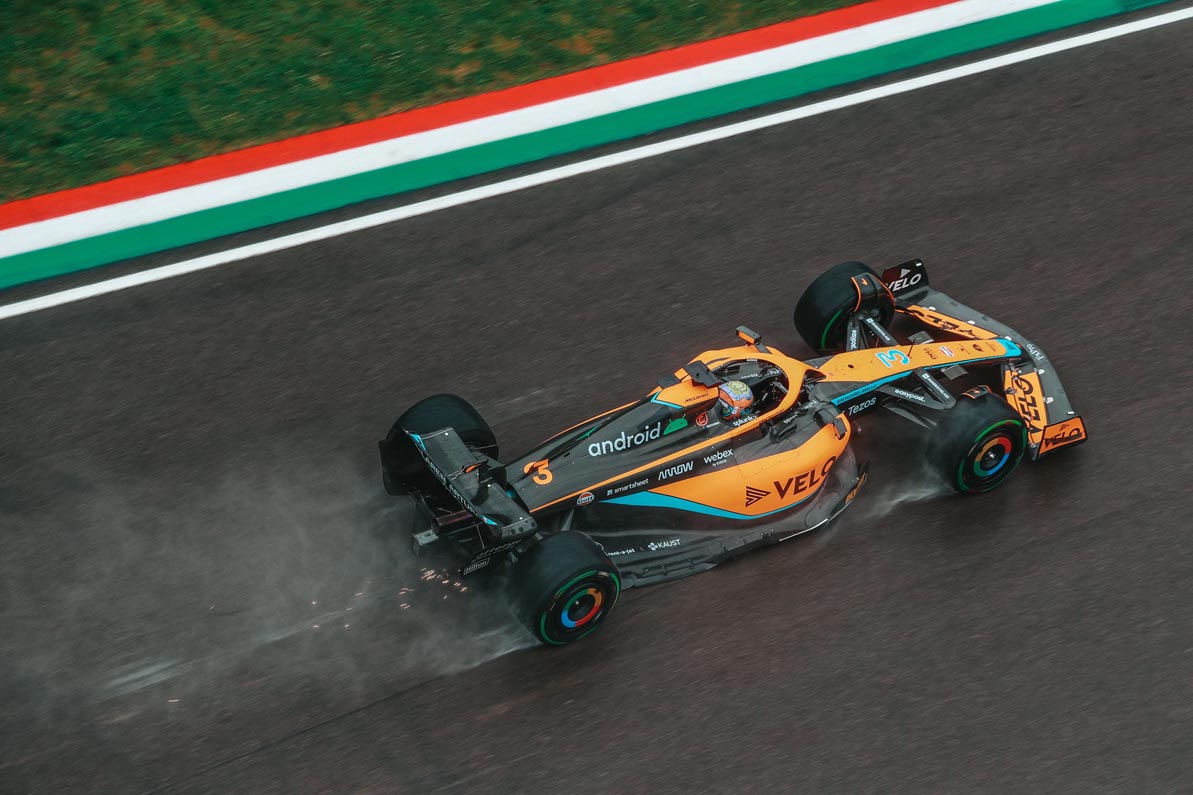 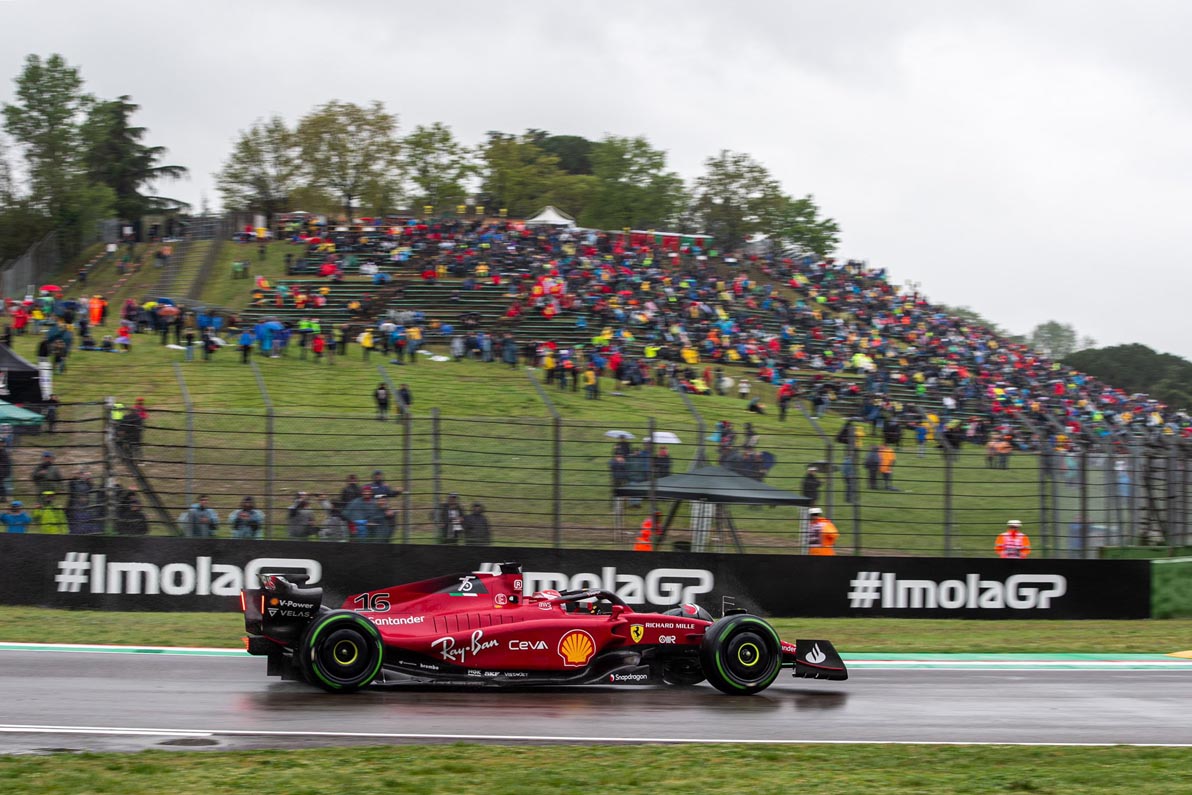 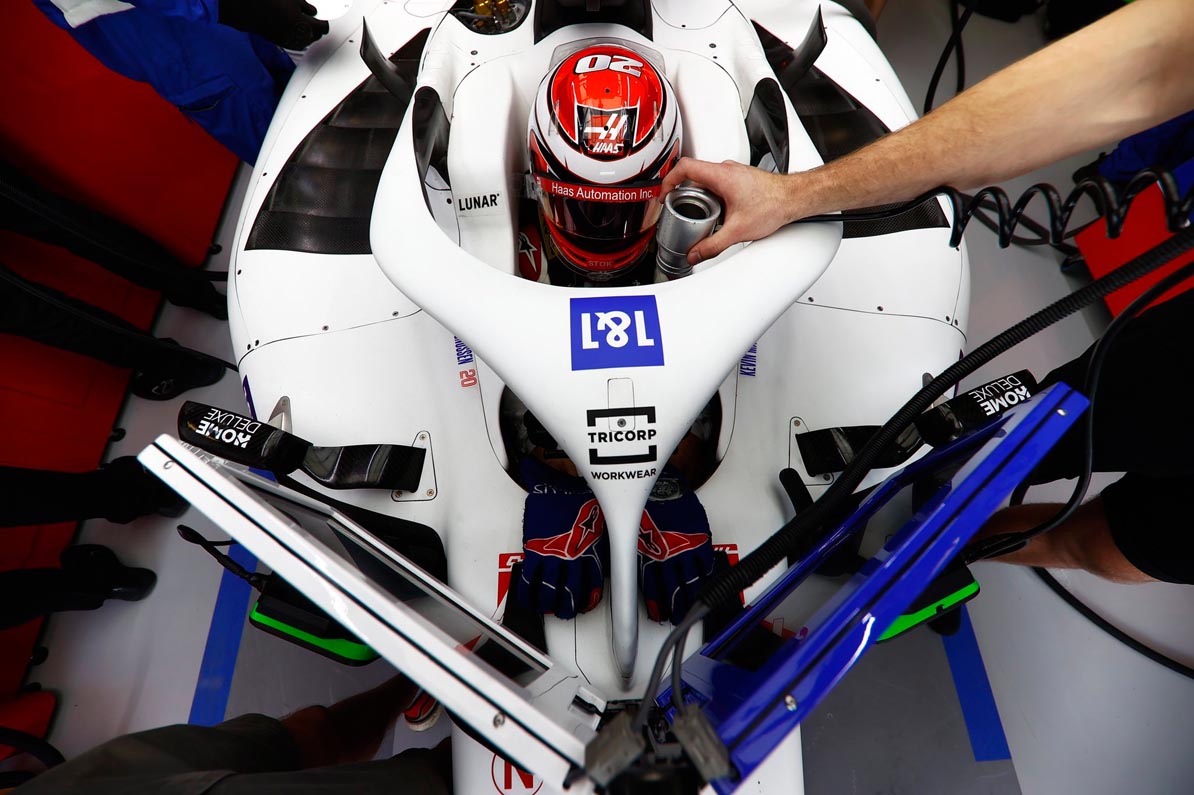 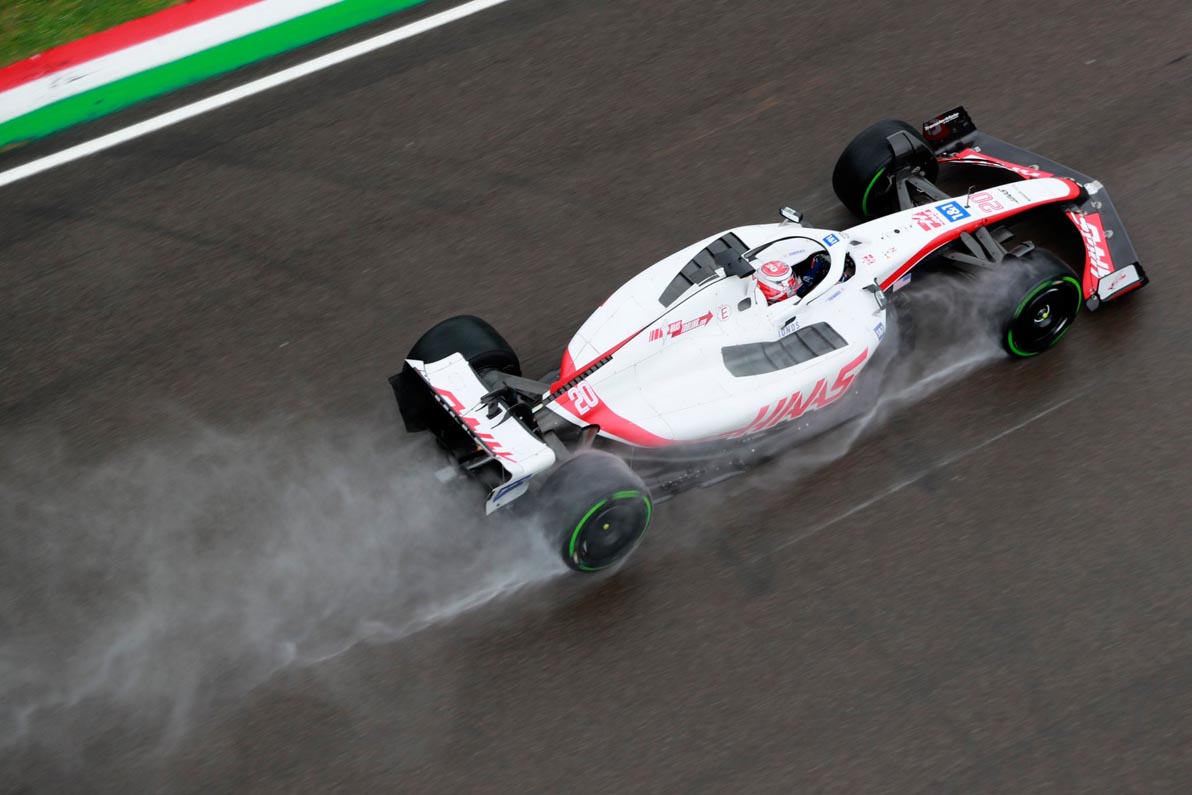 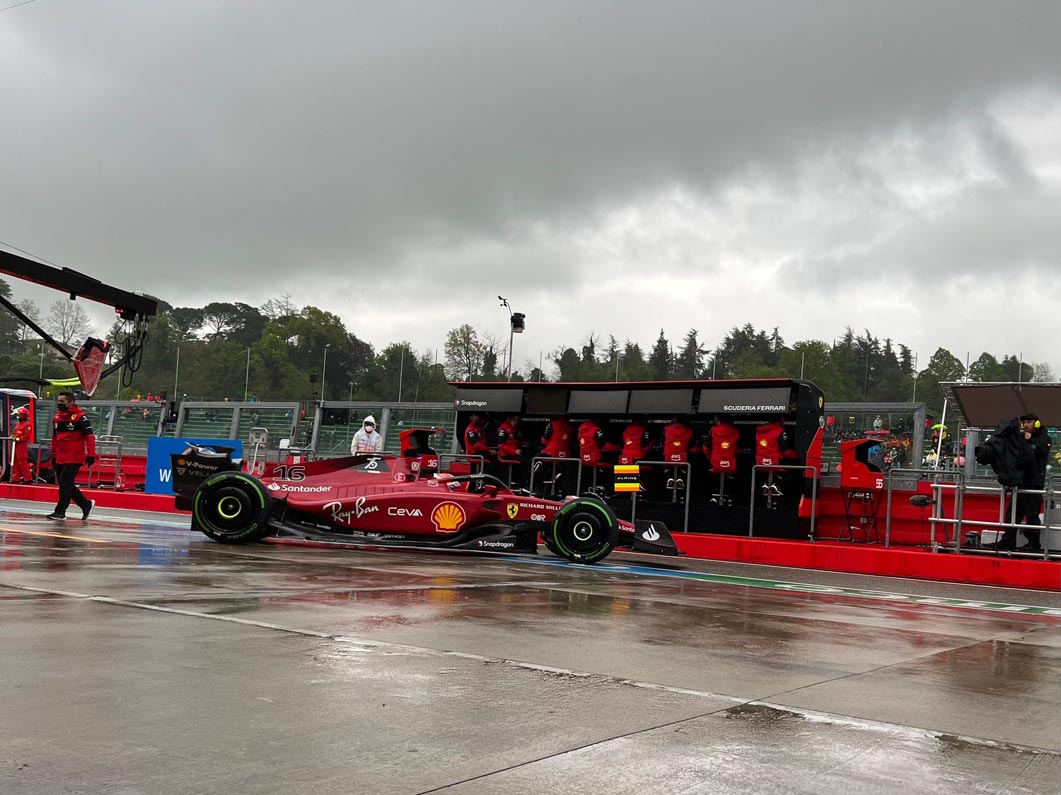