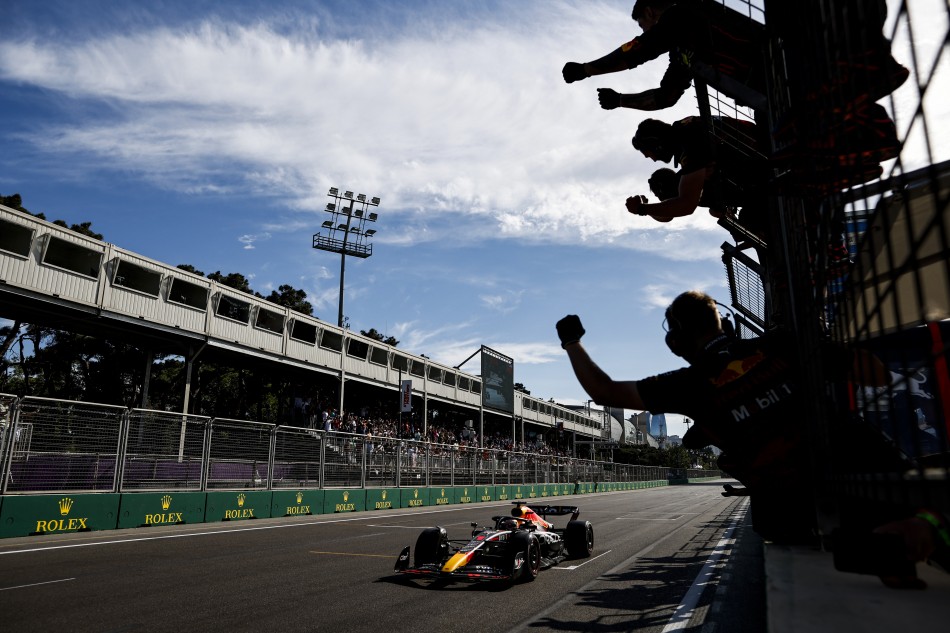 Max Verstappen led a Red Bull one-two ahead of team-mate Sergio Pérez at the Azeerbaijan. to hand the team a commanding Constructors’ Championship lead as Ferrari suffered as torrid afternoon as both Charles Leclerc and Carlos Sainz forced to retire from the race with technical problems. The final podium position was taken by Mercedes’ George Russell.

Sainz exited the race after eight laps with hydraulic issues while running fourth and Ferrari’s weekend went from bad to worse when Leclerc was forced to retire from the lead with power unit issues on lap 22. With the Ferrari’s out of the race, the way was clear for Verstappen, who passed Pérez on lap 15, to power to the flag and his fifth win of the season.

When the lights went out for the start, Leclerc got away well, but Pérez’s start was fractionally quicker, and as they reached the end of the short run to Turn 1, the Red Bull driver was able to steal the lead though the corner.

Verstappen slotted into P3 ahead of Sainz and behind the leading quartet, Mercedes’ George Russell held fifth ahead of AlphaTauri’s Pierre Gasly and the second Mercedes of Lewis Hamilton.

At the front, Pérez quickly began to carve out a gap and by the end of the fourth lap he was 2.2s clear of Leclerc, who had Verstappen in his mirrors. At the start of the next tour Verstappen, aided by DRS, closed in on the Ferrari driver, but Leclerc defended well to keep the Red Bull driver at bay.

On lap nine, Sainz suddenly lost power and was forced to take the escape road at Turn 4. The Spaniard tried to resume but it quickly became clear that his race was run due to what Ferrari later confirmed as a hydraulic issue.

The Virtual Safety Car was deployed and under the caution Ferrari pitted Leclerc. The Monegasque driver’s switch to hard tyres was delayed by a stuck front jack and with Red Bull choosing to stay on track, Leclerc rejoined in third place, just under 13 seconds behind Verstappen who was now second and 2.0s behind Pérez.

Behind the leaders Russell, Gasly, Aston Martin’s Sebastian Vettel, Hamilton and Alpine’s Yuki Tsunoda all pitted for hard tyres. Vettel, who had passed Hamilton in the pit stops, locked up while overtaking Alpine’s Esteban Ocon and dropped to 12th place. That left the order behind the leaders as Russell in fourth place after his stop, followed by Alpine’s Fernando Alonso, the McLarens of Lando Norris and Daniel Ricciardo and Gasly, all of whom needed to make a pit stop.

On lap 15, Verstappen closed on Pérez and with DRS made his move past his team-mate to take the race lead. Behind them Leclerc was closing in, running a second quicker than the Red Bulls and by lap 16 the Ferrari driver was 7.9s behind Pérez.

Pérez pitted at the end of lap 16 for his switch to hard tyres, but like Leclerc, he too suffered a slow pit stop, this time caused by a problem with the gantry lights. Leclerc swept past and the Mexican rejoined in third place, just ahead of Russell. Verstappen made his pit stop at the end of lap 18 and after taking on hard tyres he rejoined behind Leclerc who now led by 13.6s.

On lap 20, the shape of the race changed completely. A plume of smoke suddenly bloomed from the back of Leclerc’s car and the Ferrari driver was forced to retire from the race. Verstappen retook the lead, 5.2s ahead of Pérez.

Further back, Gasly was hunting down Ricciardo and on lap 21, with the benefit of DRS, the AlphaTauri man powered past the McLaren driver to steal fourth place. Behind Ricciardo, Hamilton was now sixth ahead of Tsunoda, Ocon, Vettel and Haas’ Kevin Magnussen. Ricciardo, still on starting hard tyres, then lost fifth to Hamilton. At the front, Verstappen began to pull away from his team-mate and on lap 28 he was more than seven seconds clear of Pérez, who had settled into second place 13.6s ahead of Russell.

On lap 33, Magnussen pulled over at the side of the track as his Ferrari power unit expired and the Virtual Safety Car was deployed for the second time in the race. Red Bull took the opportunity to pit both its drivers for more hard tyres. Russell, too, took on fresh tyres but Gasly stayed out. The French driver soon began to struggle for grip on his ageing hard tyres. And after a couple of rebuffed attempts, Hamilton swept past the Frenchman on lap 44.

In the final laps the order settled and after 51 laps Verstappen crossed the line to take his 25th career win. Behind him, Pérez took his fifth podium finish of the year to seal the one-two for Red Bull. The Mexican also grabbed the extra point on offer for fastest lap. The final podium place went to Russell, who scored his third P3 finish of the season.

Behind them, Hamilton finished fourth ahead of Gasly, while Vettel secured his best finish of the season to date with sixth place. Alonso finished seventh ahead of the twin McLarens of Norris and Ricciardo and the final point on offer went to Ocon. 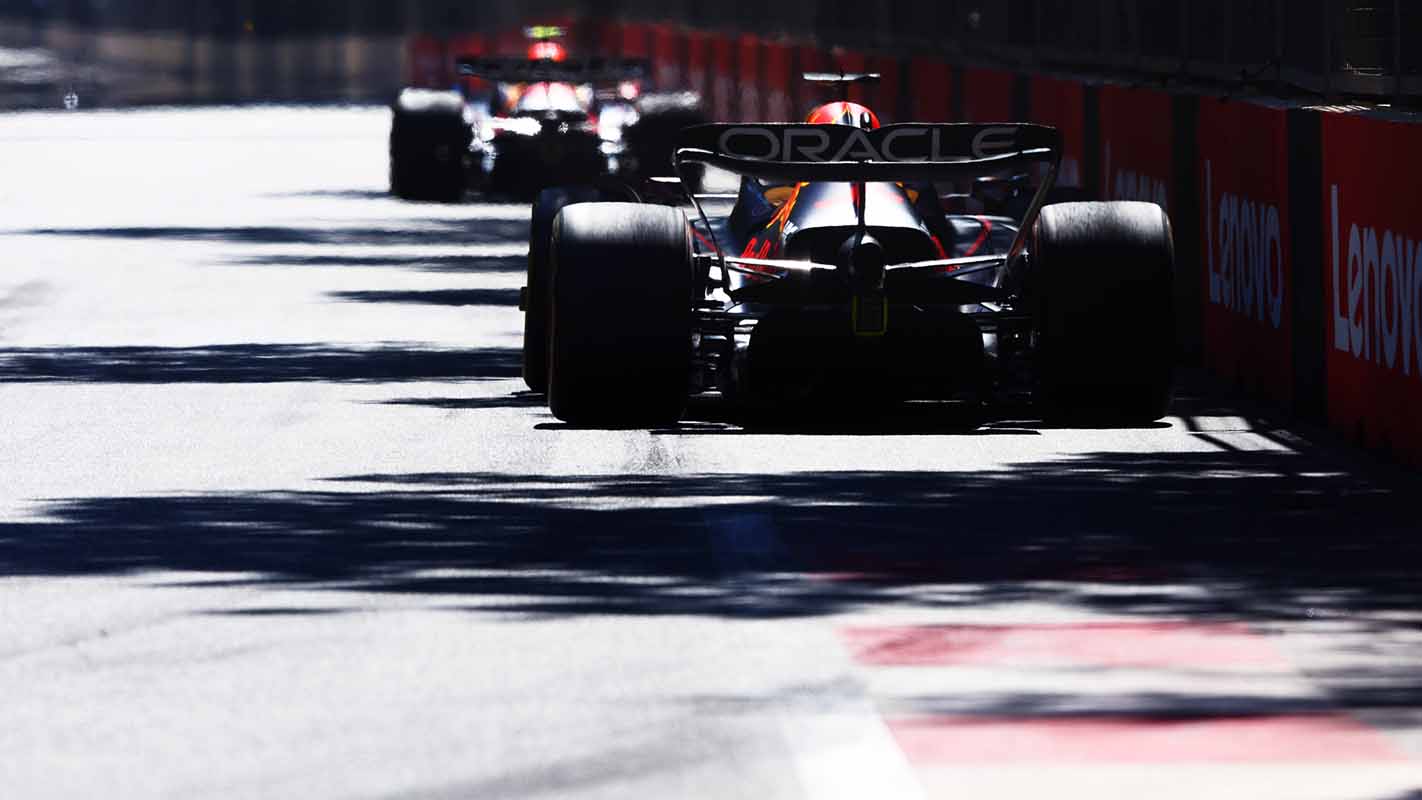 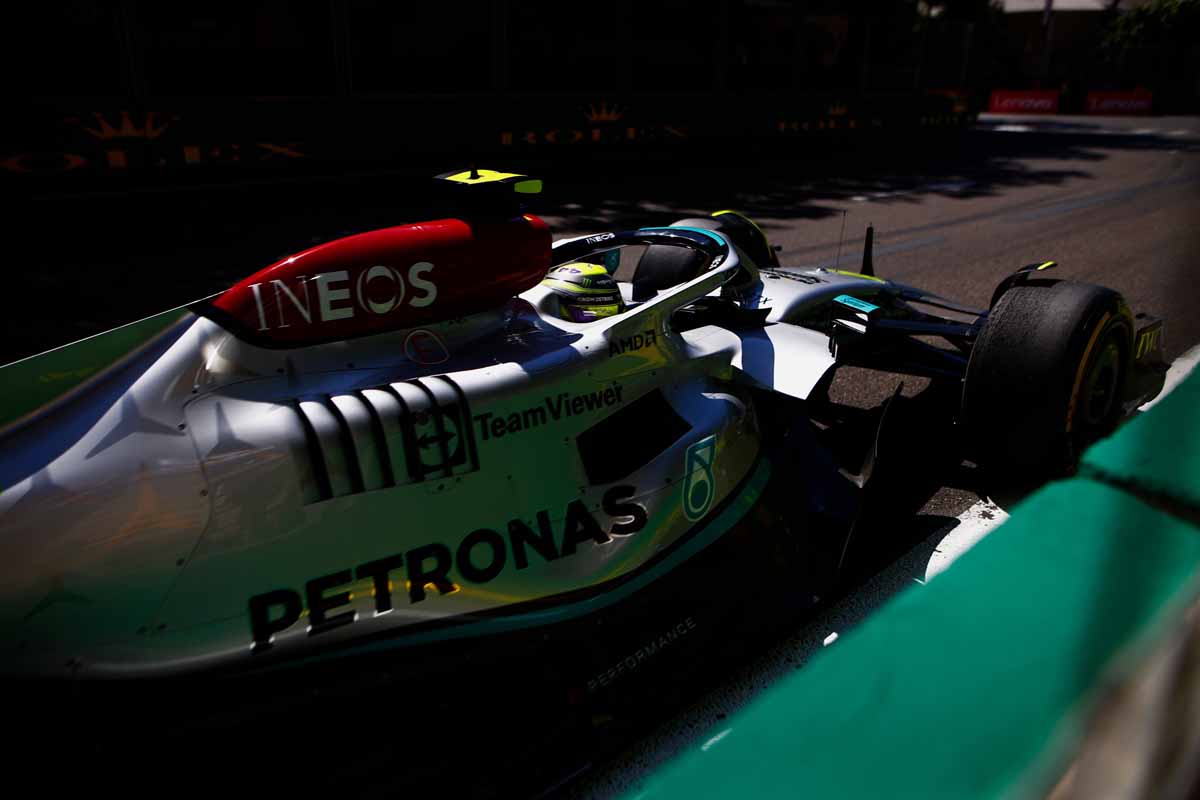 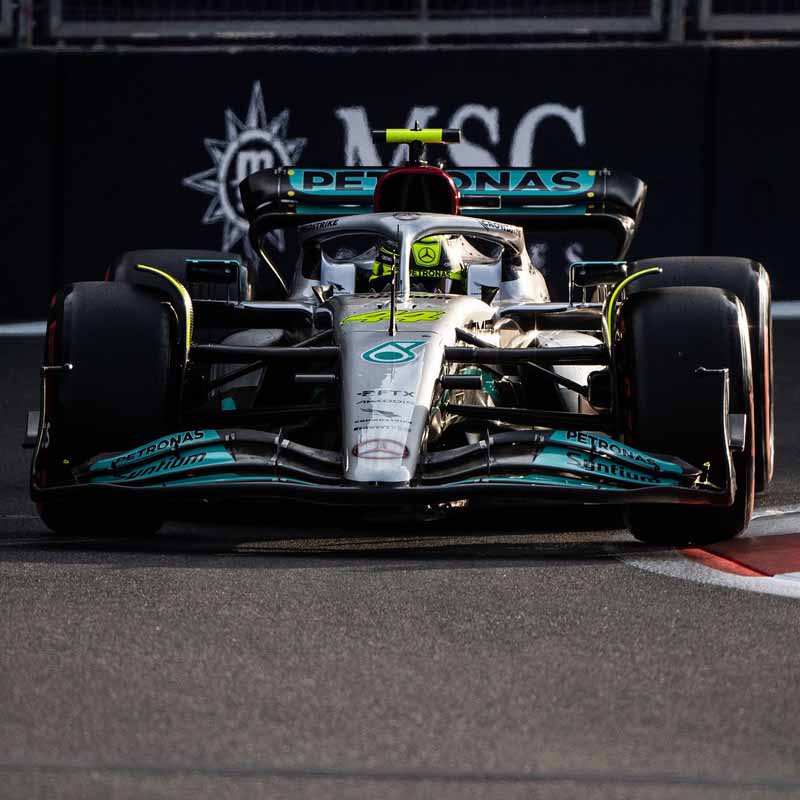