F1 – Leclerc Powers To Pole Position In Baku Ahead Of Pérez, Verstappen 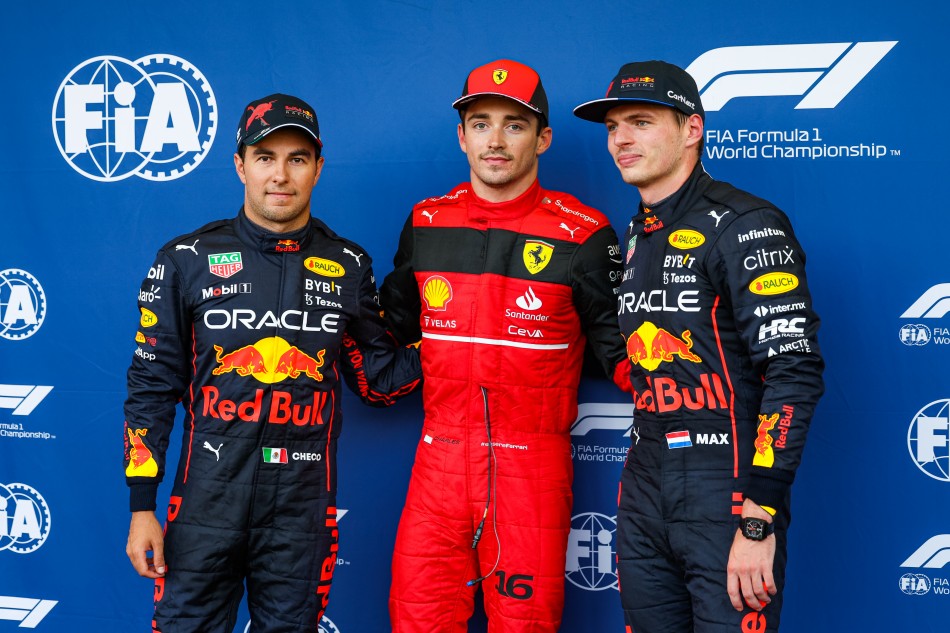 Charles Leclerc stormed to pole position for tomorrow’s 2022 FIA Formula 1 Azerbaijan, beating the Red Bulls of second-placedf Sergio Pérez and third-placed Max Verstappen by three tenths of a second to taking his fourth consecutive pole and his sixth of the season so far.

The Ferrari driver made a small mistake on his opening run of the fginal Q3 top-10 shootout at the Baku City Circuit to lie second ahead of the final runs, but on his last lap the Monegasque put in a superlative display to eclipse his first lap by almost half and to claim pole with a 0.282 margin to Pérez who beat team-mate Verstappen by five hundredths of a second. Ferrari’s Carlos Sainz, quickest after the first runs of Q3, brushed the walls of the street circuit on his final run and had to settle for fourth place on the grid.

With track temperatures falling in advance of Q1, drivers formed a long a queue at the pit exit as they looked to get in an early banker lap. Verstappen was quickest out of the blocks and he took top spoty with a lap of 1:42.938, while Pérez slotted into second place just over two tenths off his team-mate. Leclerc then took third place with a 1:43.225 while Mercedes’ George Russell jumped to fourth place, half a second behind the Ferrari driver. Russell’s lap dropped to fifth place ahead of Alpine’s Esteban Ocon.

Leclerc’s second flyer handed him top spot, with the Ferrari driver going seven hundredths of a second quicker than Verstappen. Sainz then took P3 with a 1:42.957. As the Spaniard crossed the line, the Red Bull drivers were beginning their next flying laps. Verstappen duly returned to the top of the timesheet with a 1:42.722 as Pérez took second, just 0.011s behind his team-mate.

With just over three minutes left in the session, Aston Martin’s Lance Stroll locked up into Turn 7, but even though he nosed the barriers the Canadian was able to keep going. However, on his next lap, the Canadian went wide at Turn 2 and hit the barriers. The red flags were quickly displayed.

With just over two minutes left on the clock and in the region of two minutes needed to get across the line for a final push lap, a queue formed at the pit exit. The Red Bulls and the Ferraris, though, chose to stay in their garages.

When the lights turned green again, a train of cars left the pit lane and took to the track for the final runs amid much jockeying for position. In the end all the drivers involved made it across the line to start a final flying lap. And when the final lap times were delivered it was Pierre Gasly who made the most of the final lap to rise to fifth behind Sainz and ahead of Vettel and AlphaTauri team-mate Yuki Tsunoda.

Eliminated at the end of the session, though., were 16th-placed Kevin Magnussen of Haas, followed by Williams’ Alex Albon and Nicholas Latifi, Stroll, and the second Haas of Mick Schumacher.

Pérez, meanwhile, was gearing up for another push lap and when the Mexican crossed the line he jumped to P1 with a lap of 1:41.955. However, Verstappen was unable to improve and the Dutchman stayed fourth, behind Leclerc and Sainz.

The top four returned to the pit lane as the rest of the field began to scrap over the final Q3 places and at the end of the session it was again Gasly who took fifth place. The AlphaTauri driver finished ahead of Mercedes’ Lewis Hamilton, Vettel, Russell. Alpine’s Fernando Alonso and 10th-placed Tsunoda. Out, though, went Lando Norris in P11, followed by McLaren team-mate Daniel Ricciardo, Ocon and Alfa Romeo cars of Zhou Gunayu and Valtteri Bottas.

At the start of Q3, Sainz left the pit lane ahead of Leclerc and Pérez led Verstappen out on track for their first runs of the to-10 shootout. And it was Sainz who took provisional pole, with the Spaniard setting a lap of 1:41.814. Just behind his team-mate on track, Leclerc finished 0.026 off his team-mate. Pérez took third place, 0.126 slower than the lead Ferrari, while Verstappen ended his first flyer in fourth place with a lap of 1:41.989, 0.049 off Pérez.

For the final runs, Sainz again led the front runners out on track, but this time the Spaniard failed to find more pace. A mistake early in the lap saw him brush the wall and as his lap developed he drifted further and further away from his own previous best time.

Behind him, though, Leclerc was flying. Half a second to the good through the second sector, the Ferrari driver lost a small amount of time through the final third, but when he crossed the line he was still well clear of the field with a lap of 1:41.359.

Further back Verstappen was midway through his lap, ahead of Pérez, who had suffered a delay in the Red Bull garage. There was to be no late drama, however, and neither was able to challenge Leclerc’s time. Verstappen finished with a lap of 1:41.706 but Checo was able to edge his way past his team-mate to claim a front-row spot with 0.065s ahead of the championship leader.

Sainz qualified in fourth place, while Russell put in an excellent lap to take P5 ahead of Gasly. Hamilton was left with seventh place ahead of Tsunoda and Vettel and the final top 10 spot went to Alonso. 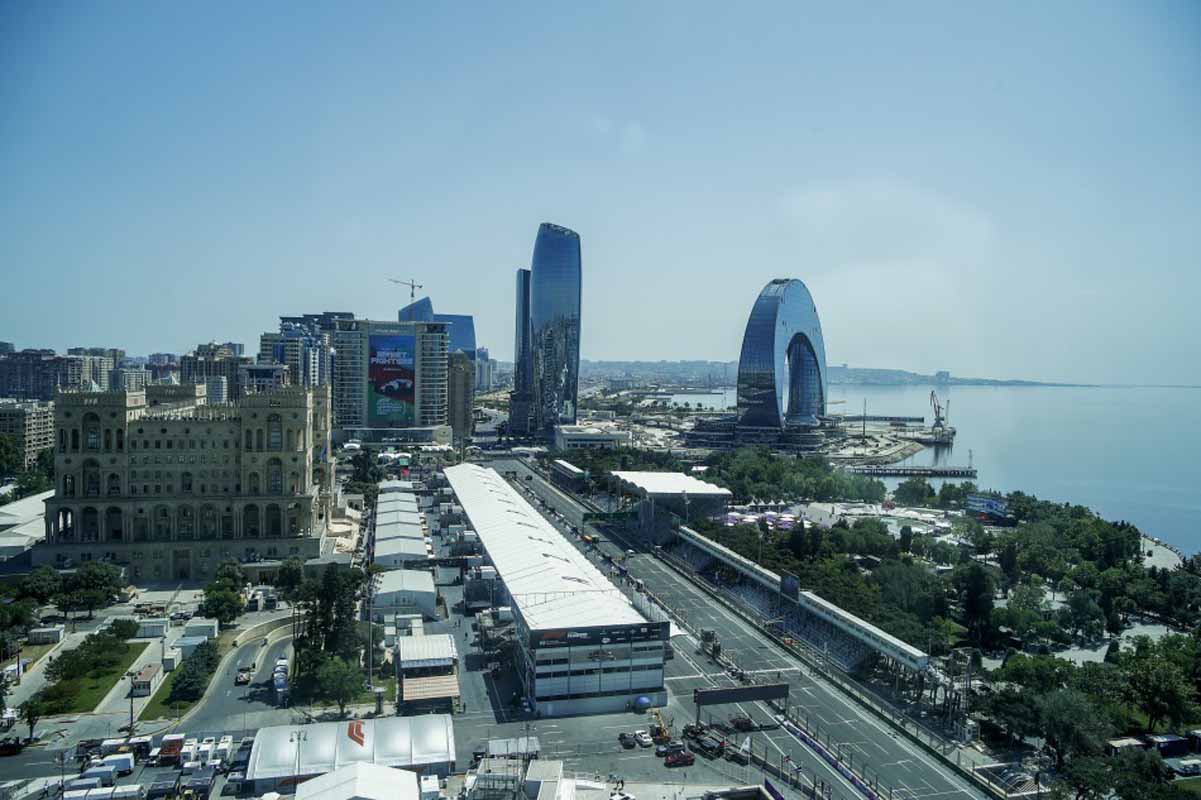 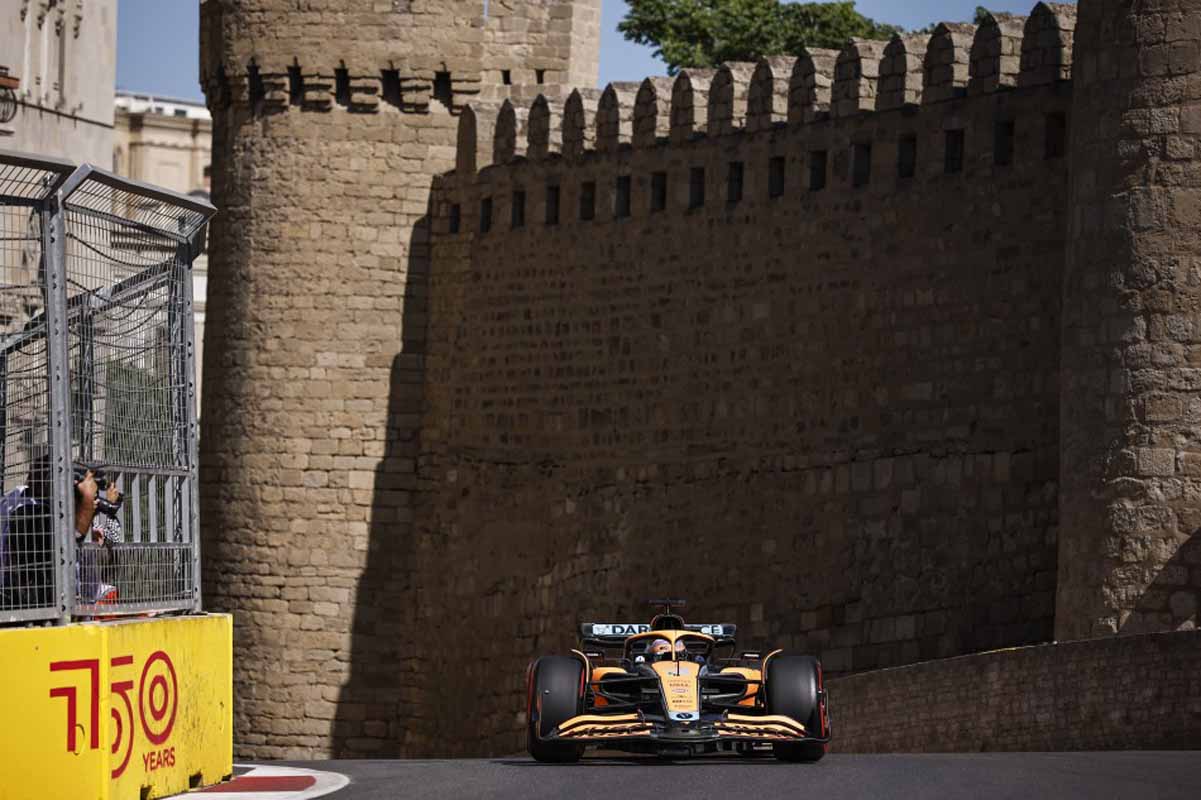 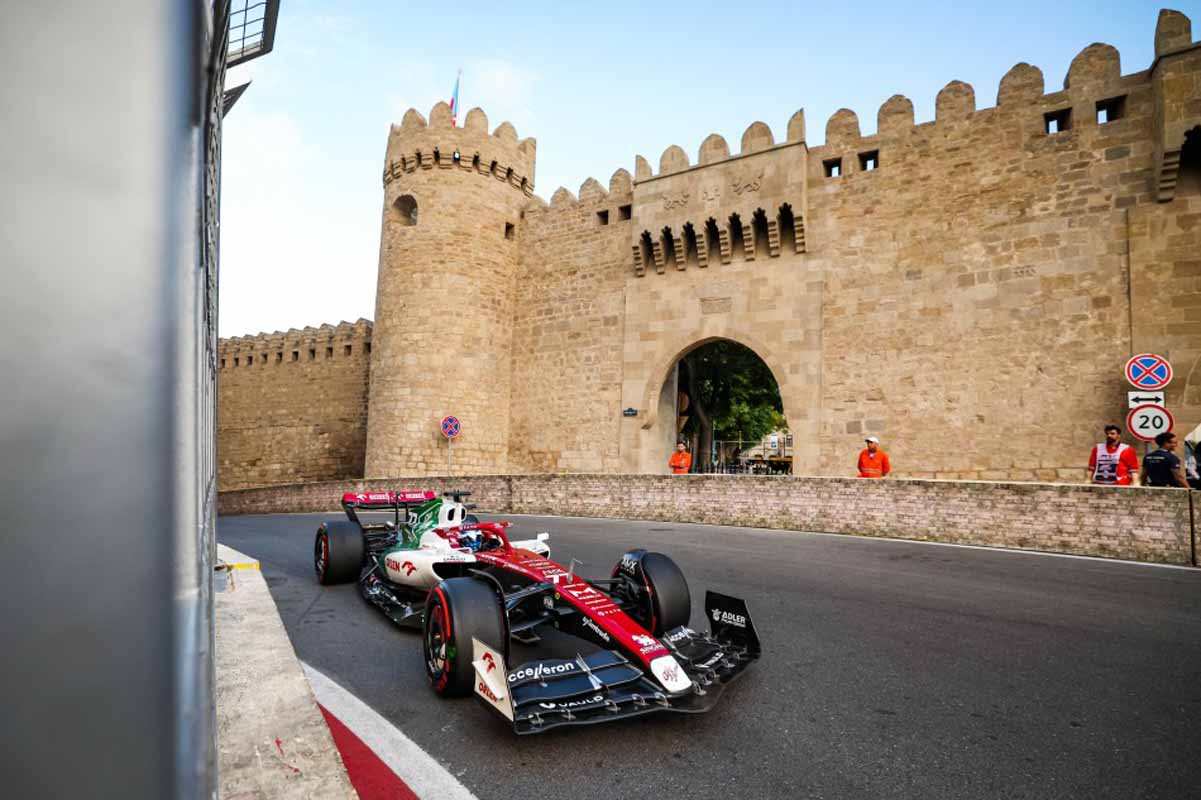 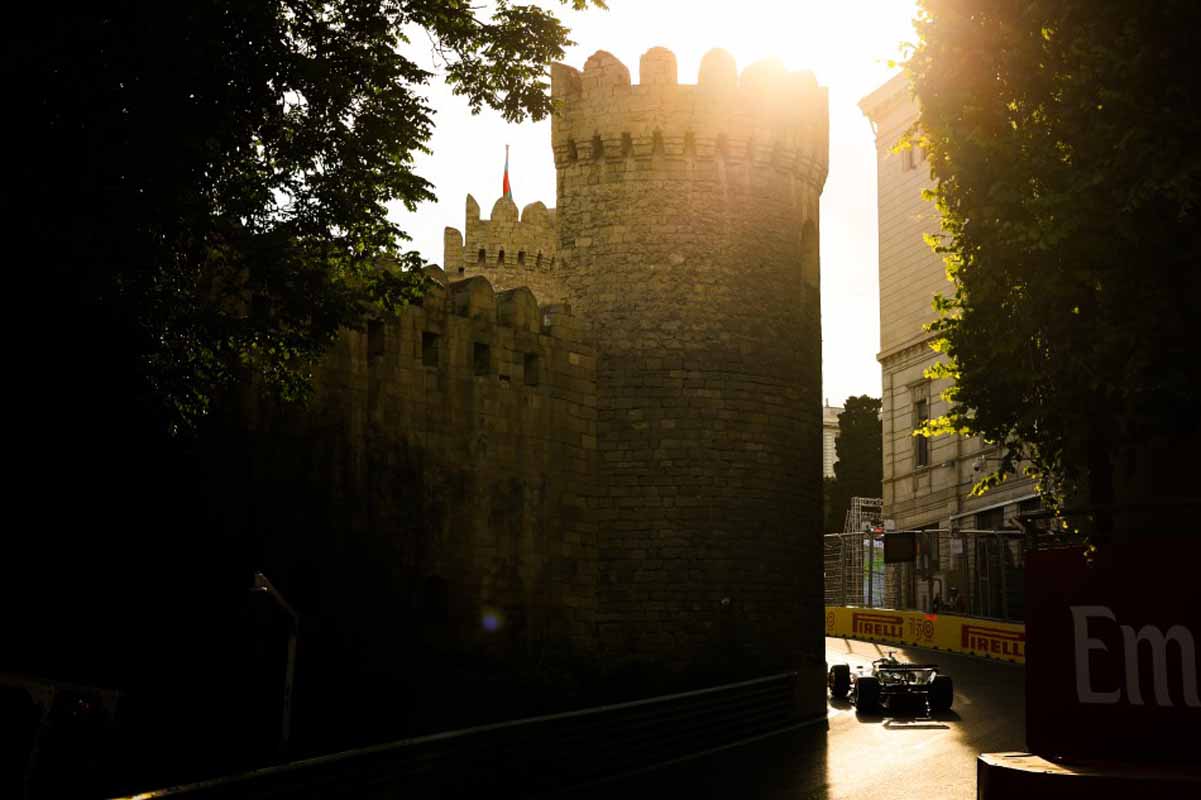 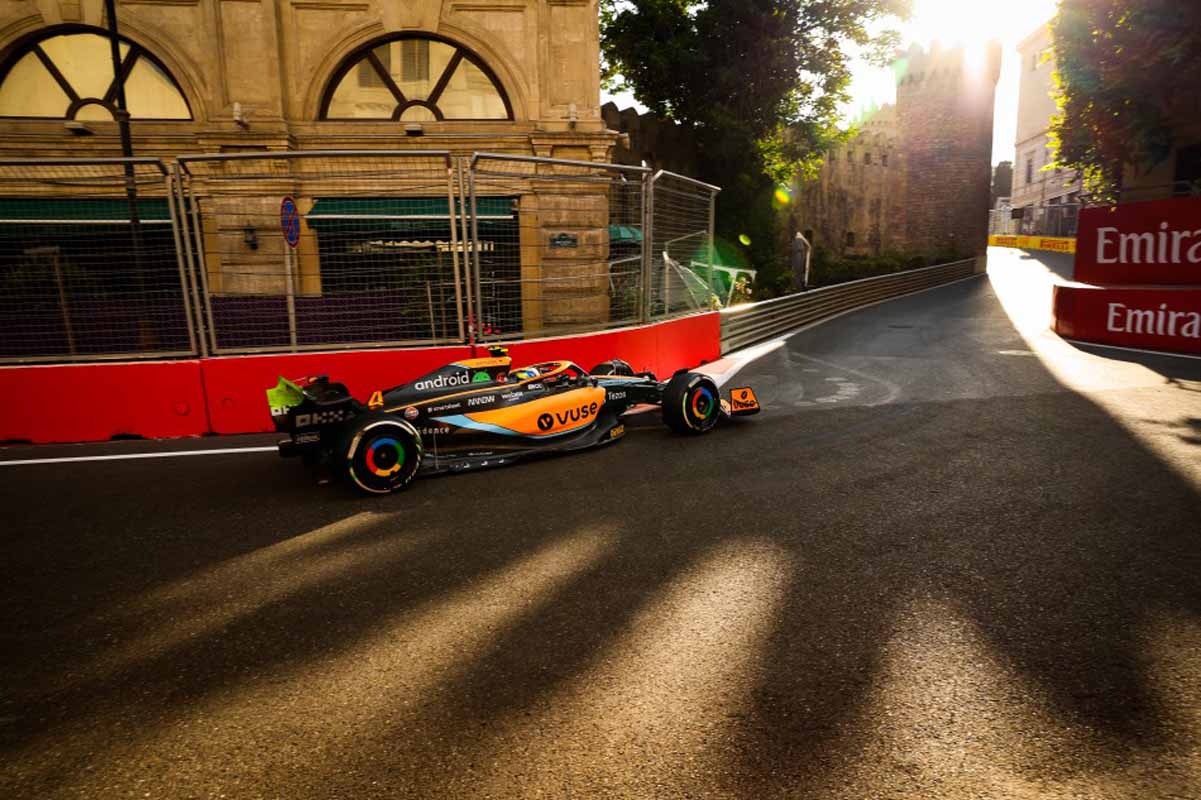 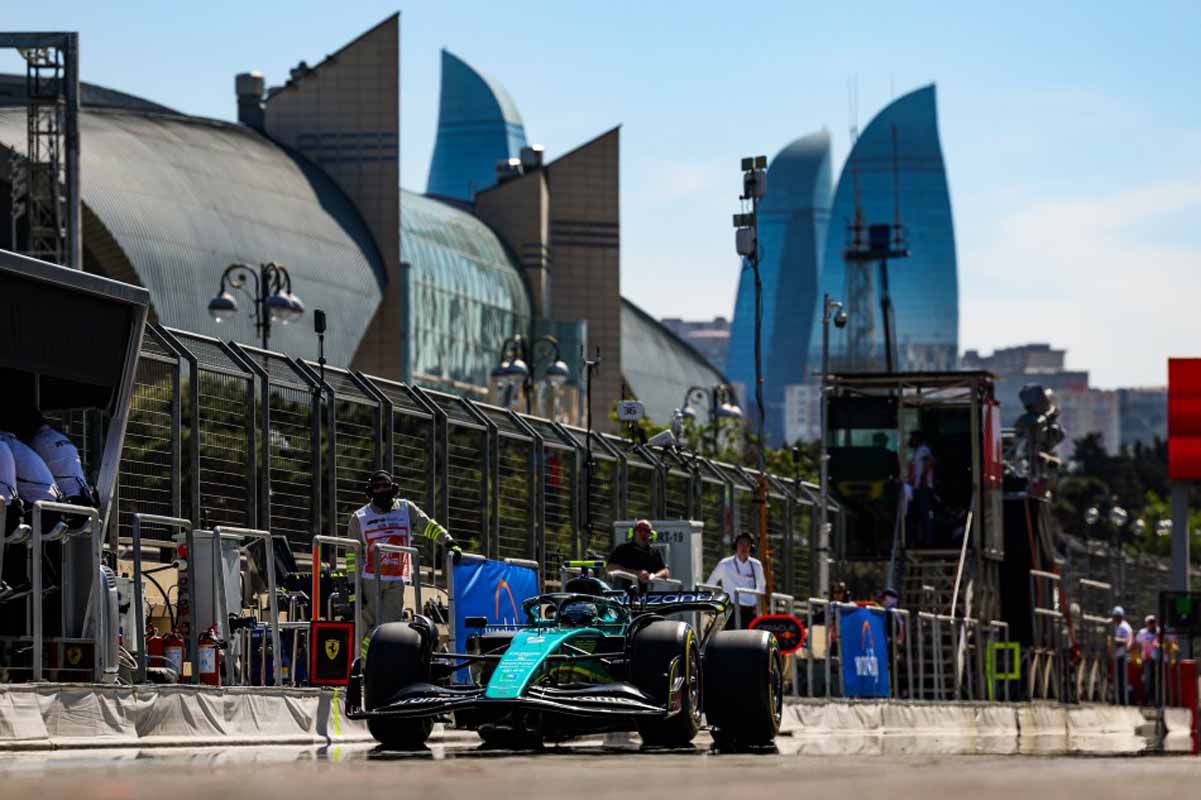 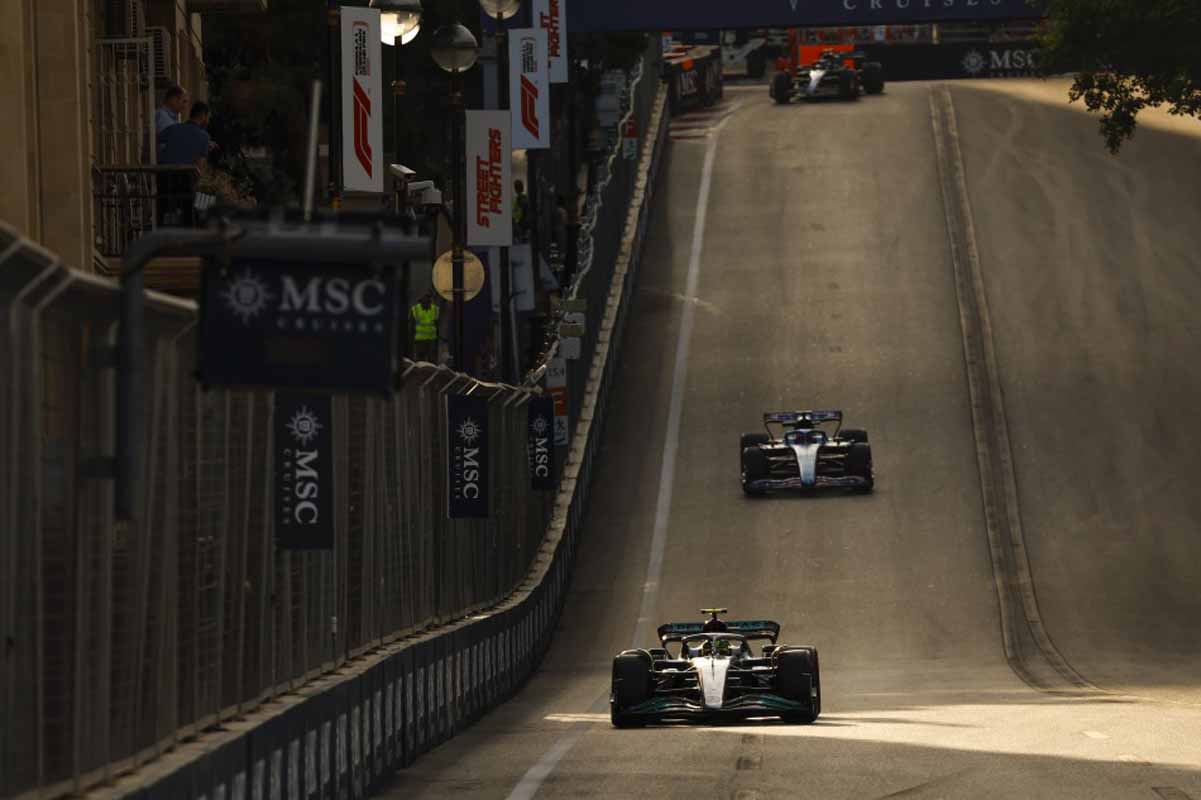 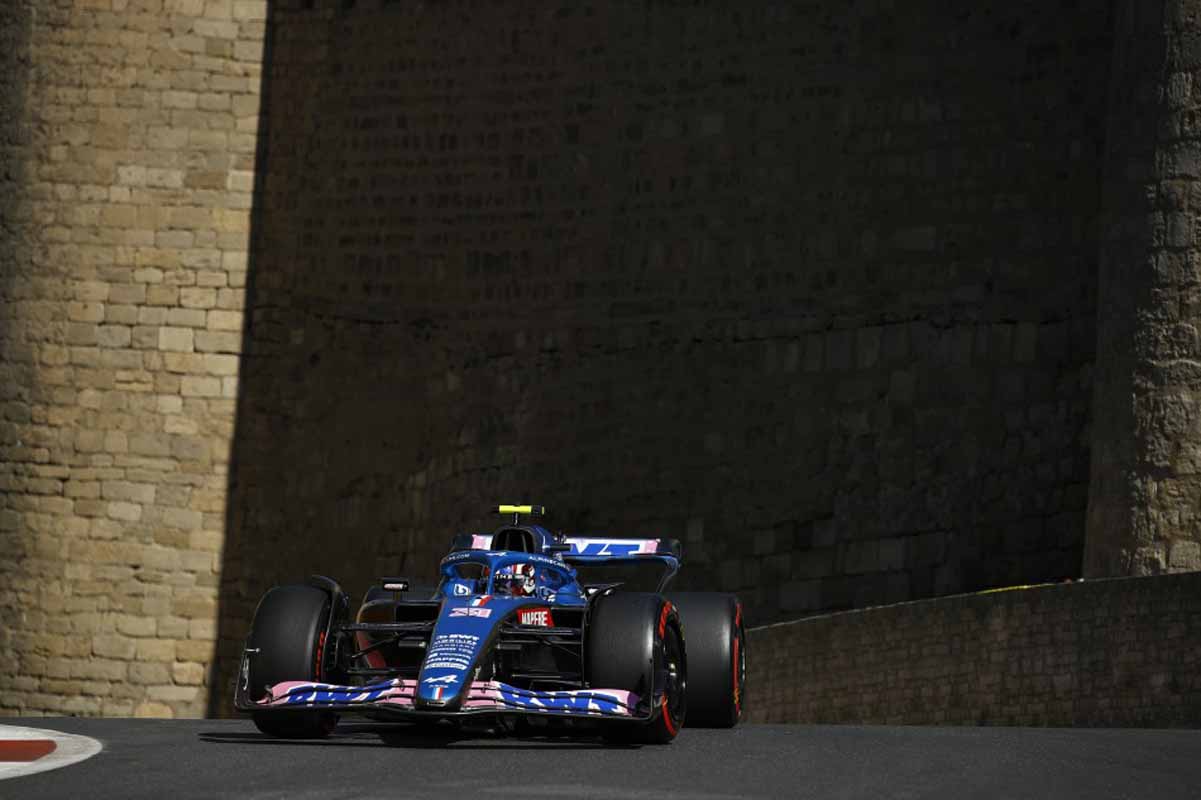 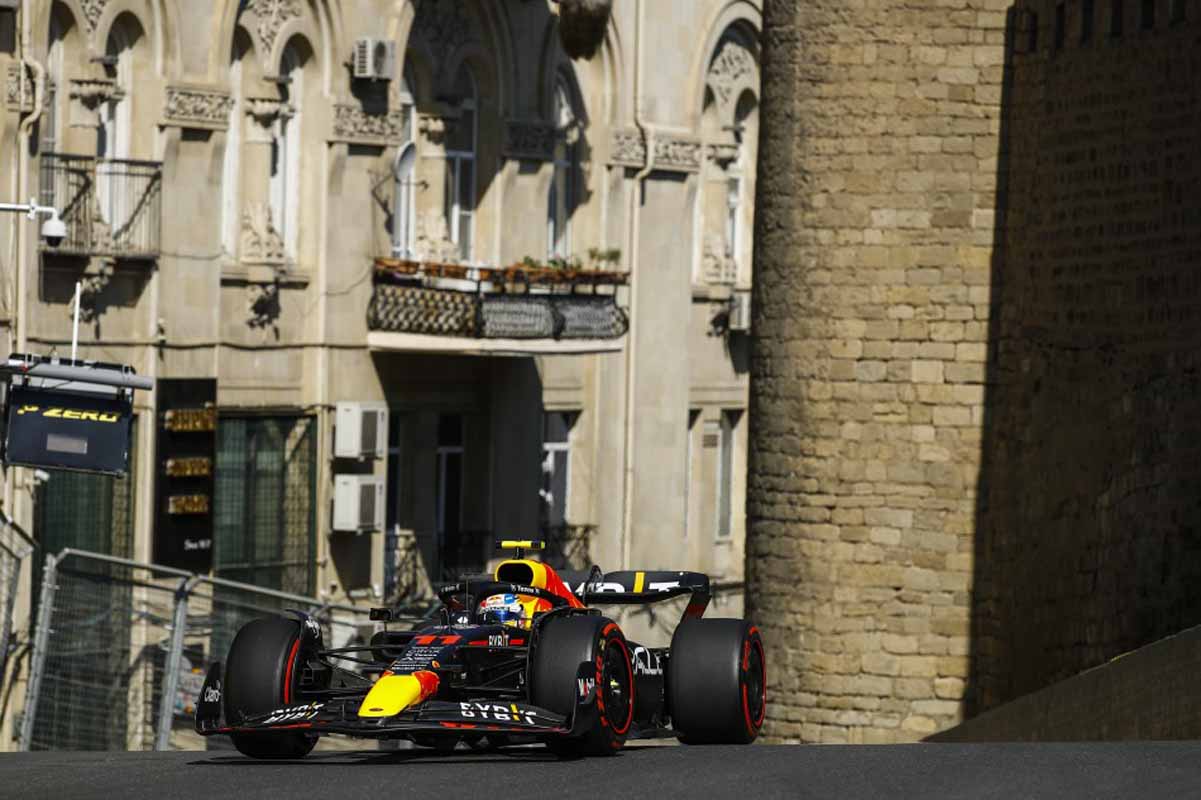 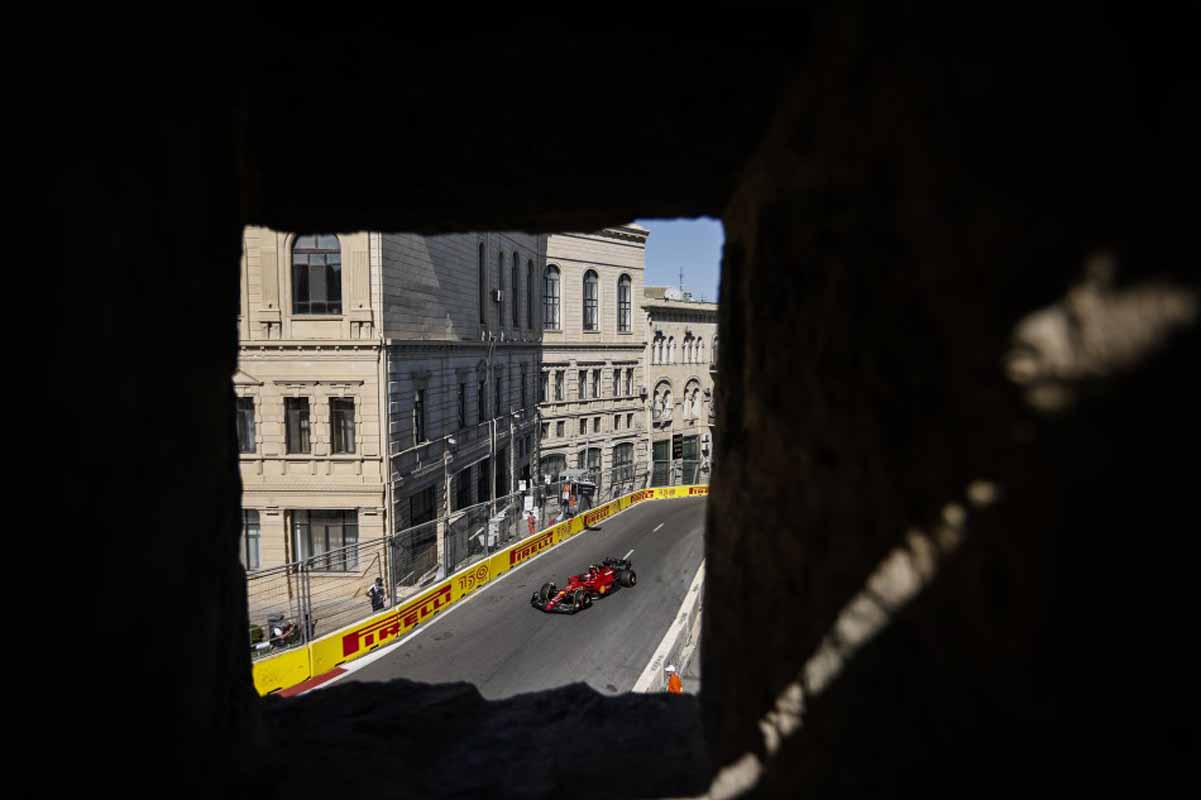