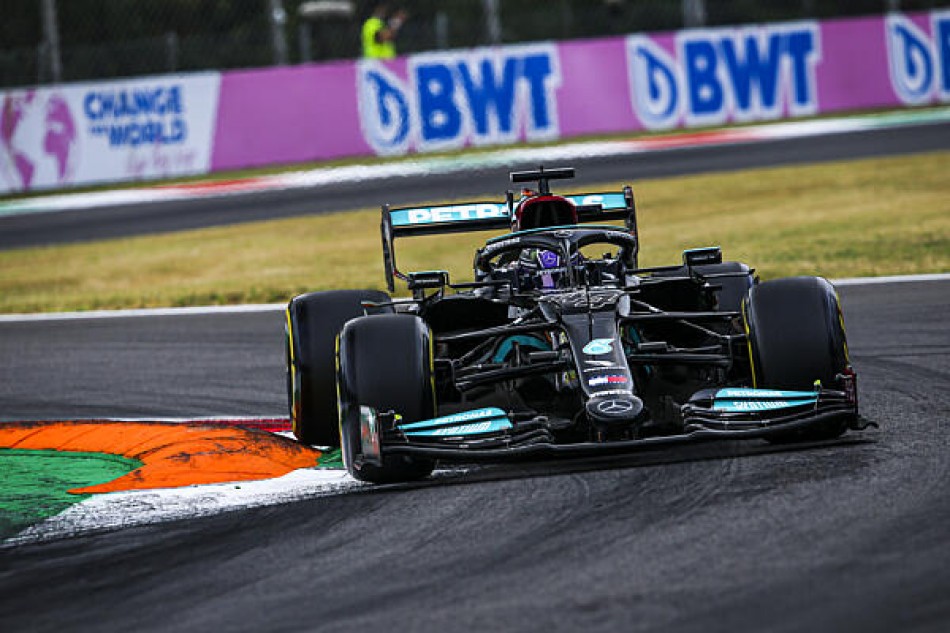 Follow Us On Twitter: @Wheelz_English
Hamilton set the early pace in Friday’s sole one-hour practice session on medium tyres, posting a lap of 1:22.262, with Prez slotting into second place on the same compound, two tenths off the Mercedes driver. Verstappen, meanwhile, focused his early running on the hard tyre setting an early time of 1:23:349. Aston Martion’s Sebastian Vettel also opted to run on the medium tyre, taking P4 in the early stages ahead of the second Mercedes of Valtteri Bottas.
Perez emerged again after 20 minutes on medium tyres with Verstappen quickly following suit. The Mexican Red Bull driver soon moved to the top of the order with a lap of 1:22.27, claiming the fastest middle sector, while Verstappen’s first tour on the yellow-banded tyre saw him improve to 1:22.571, though he complained of poor rear grip as he attempted to get the power down on the exit of Turn 2.
Alfa Romeo’s Antonio Giovinazzi then jumped ahead of Vettel to take fourth place thanks to a medium tyre time of 1:22.597, eight tenths down on Perez’s benchmark. 2020 Italian Grand Prix winner Pierre Gasly also upped the pace to move ahead of Verstappen on mediums with a lap of 1:22.414. Ferrari’s Charles Leclerc might have claimed second place on the timesheet but the Monegasque driver’s time was deleted for a track limits infringement in Turn 11, renamed as Curva Alboreto. The Ferrari driver made another attempt, however, and this time he took P3 with a lap of 1:22.410. Then, with just over 25 minutes remaining, McLaren’s Daniel Ricciardo then vaulted to the top of the timesheet with a lap of 1:22.003 as Gasly stole second place just two hundredths of a second off the Australian.
With 20 minutes left on the clock, Perez became the first of the likely frontrunners to move to the soft compound Pirelli tyre but he could only improve to third place with his first flyer thanks to a lap of 1:22.039.
Verstappen was following behind however and moments after Bottas had jumped to P1 with a medium tyre time of 1:21.451, Verstappen seized top spot with a soft tyre time of 1:21.378.
Hamilton, meanwhile, was finding even more pace on mediums and he returned to top of the order with a lap 1:20.926 with 15 minutes remaining.
With five minutes to go Lando Norris claimed seocnd place on mediums with a lap of 1:21.202, briefly edging Verstappen to third, but the McLaren driver fell foul of the track limits at Turn 11 and his time was deleted.
Verstappen went out for a final run on softs at the end of the session but found no improvement, leaving Hamilton at the head of the order, more then four tenths clear of the Red Bull and a step harder on tyres.
Third place went to Bottas, while Lance Stroll have Aston Martin hope of a good qualifying session with fourth placer thanks to a soft tyre time of 1:21.676. Gasly finished in fifth place ahead of the second Aston of Vettel, while Carlos Sainz ended the hour as the lead Ferrari in P7. Fernando Alonso finished eighth for Alpine ahead of Ricciardo and the top 10 was rounded by Perez who didn’t improve after his early soft tyre run. 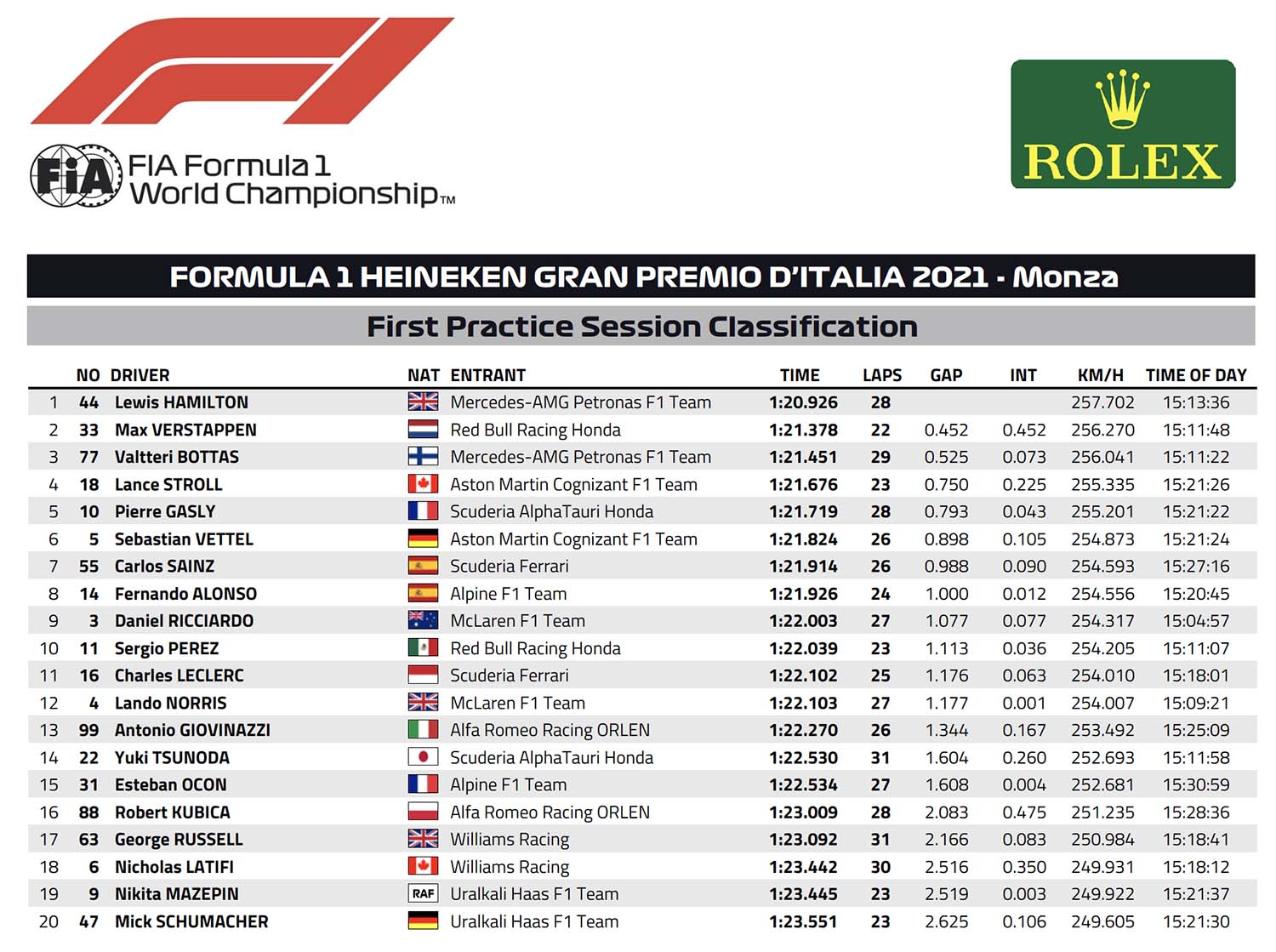