Dakar Rally Route Across The Kingdom Of Saudi Arabia Revealed 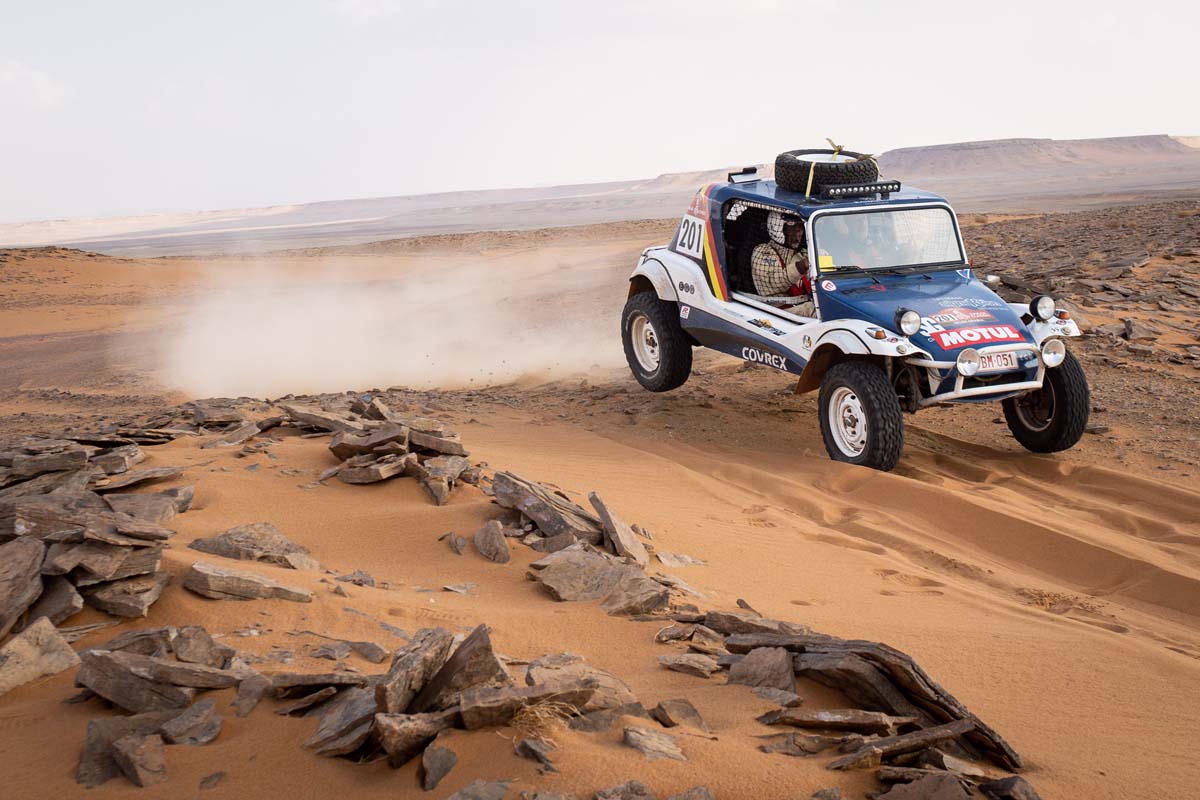 The route for the 44th edition of the Dakar Rally has today been revealed by organisers A.S.O. and has been welcomed by the Saudi Automobile & Motorcycle Federation (SAMF). The 2022 journey will encompass a distance more than 8,000km, featuring 4,300km of timed stages, on challenging terrain across the Kingdom of Saudi Arabia.

The Dakar Rally will feature the largest number of competitors for over a decade with a total of 430 vehicles taking to the sandy dunes between the 1-14th January, 2022. In addition, 148 crews will take part in the second edition of the Dakar Classic. This year’s rally marks an important milestone as the unified Cross-Country regulations elevates the event to become the opening round of the FIM and FIA World Rally-Raid Championships.

Lying ahead of the competitors are 12 gruelling stages across hot and arid desert, with a mixture of sandy and rocky terrain, requiring skilful off-road navigation across a rigorous two-week campaign.

Just a few weeks after Jeddah’s Corniche has hosted the inaugural Formula 1 stc SAUDI AARABIAN GRAND PRIX 2021, the Red Sea port city will once again be the centre of the motorsports world as it welcomes the crews and competitors for the start of the Dakar Rally, the most famous rally-raid of them all. To start the New Year, a 19km mini prologue awaits the competitors before the long 834km trek towards the beautiful Ha’il desert.

In a departure from last year, the route of the 44th running of the Dakar will avoid much of the northern areas of the Kingdom, missing out the Al-Ula, Neom and Sakaka, instead the crews will be navigated to new challenges in the east and central regions, including Al Qaisumah and Al Dawadimi. There will also be double the number of loop stages, with four in total, at Ha’il, Riyadh, Bisha – and in a repeat of last year – at Wadi Ad-Dawasir.

With its historic commercial routes, Ha’il is known as a crossroads for traders and will be the first true test for the drivers, riders and crews as they begin the first competitive kilometres of navigation. Last year Ha’il was the site for the rest day, but there will be no let up on the first 334km loop stage of the rally, before the route heads south east to Al Artawiyah.

This will mark the first true marathon stage of the event which will place a premium on the stamina of the drivers, co-drivers and riders as tough terrain, long hours behind the wheel and extreme temperatures offer a true test of endurance.

A new waypoint in this year’s off-road navigation is a 554km journey to Al Qaisumah which will provide a different test for the competitors, as this region of Saudi Arabia is known for its extreme weather. Winter temperatures often drop below freezing and rainfall is common.

Following the trip to the east of the Kingdom, the crews will then congregate in the Saudi capital of Riyadh for two special loop stages, followed by a rest day. This will give everyone the chance to catch their breath and enjoy the hospitality the city has to offer.

Originally known for the large groves that grew in the area and the many oases that made up the settlement, Riyadh takes its name from the Arabic for gardens. Today, the capital is the commercial and business centre of the country and is home to six million inhabitants. The city will provide a dramatic backdrop to the Dakar Rally and will showcase Riyadh’s innovate architecture that features several large skyscrapers including the Al Faisaliah Tower, the Kingdom Centre and the Burj Rafal.

Following the rest day, the rally will resume on the 9th January as the route begins to weave its way south and west back across the Arab deserts and towards the finish line at Jeddah on the Red Sea coast. The first test for the competitors after the pause is a 707km trek from Riyadh to Al Dawadimi, which is located on top of Najd hill.

Stage eight is another long journey of 828km to Wadi Ad-Dawasir, which will feature a loop stage before the route effectively repeats the opening stages of last year’s event, but in reserve. This will feature a trek through the highly-fertile landscape, either side of the Bisha Valley, a region which is home to almost three million palm trees.

A final 676km loop stage before a short 163km special stage will then take the competitors through the mountains and back to the cultural hotspot that is Jeddah.

The 2022 edition of the famous rally-raid will also be the beginning of a new initiative known as the ‘Dakar Future’ plan which aims to have a field composed entirely of low-emission vehicles by 2030. Ahead of this goal, promoter A.S.O. in conjunction with the FIA have encouraged manufacturers to develop alternative-fuel vehicles and the creation of the T1-Ultimate (T1.U) category. Four cars will enter this class in 2022 for the first time, including three hybrid RS Q e-Trons run by Audi and a GCK entry, which plans to enter a hydrogen-powered 4×4 in the future.

The terrain of the Arabian desert offers the perfect opportunity for manufacturers to showcase new, dynamic technology in extreme conditions. Furthermore, the race to find solutions to reduce emissions supports the FIA’s long-term environmental strategy and fits in with Saudi Arabia’s Vision 2030 for a sustainable future.

“Thanks to the incomparable vision of our great leadership, the Kingdom of Saudi Arabia’s sporting sector is transcending borders. The nation is establishing itself as a reputable host for some of the largest events and competitions in the world.

Preparing to host the phenomenal Dakar Rally for the third time in a row – and of course, the FIA Formula One World Championship for the first time this year – clearly demonstrates the level at which the Kingdom is participating on the global sports arena. The world has endured difficult and challenging conditions recently, but despite these difficulties, the Kingdom created a distinctive case study for the rest of the world’s events’ industry by hosting the Saudi Dakar Rally in the midst of the pandemic.This year, we take advantage of the great momentum gained hosting the last two editions of Dakar Rally, using those experiences to bring to you Saudi’s biggest edition yet. Yet again, we will showcase the Kingdom’s capabilities in hosting large-scale sporting events, reaffirming Saudi Arabia’s potential to become the global home of motorsports.”

“Saudi Dakar Rally 2022 will feature routes that are new, different, and more challenging – to match the passion of the participants, as well as the fans who follow it closely. We cannot wait for you to join us, as we welcome you to a brand-new thrilling adventure in the largest endurance motorsports race in the world.”

Organised by ASO in conjunction with FIA and SAMF (Saudi Automobile & Motorcycle Federation) and other local authorities, the 44th running of the Dakar Rally will run to nearly 10,000km across the Kingdom of Saudi Arabia with stages that will include two loop stages and one marathon stage. The FIA World Rally-Raid Championship is the seventh motorsport discipline under FIA governance and will be promoted by ASO (Amaury Sport Organisation) for the next five years. 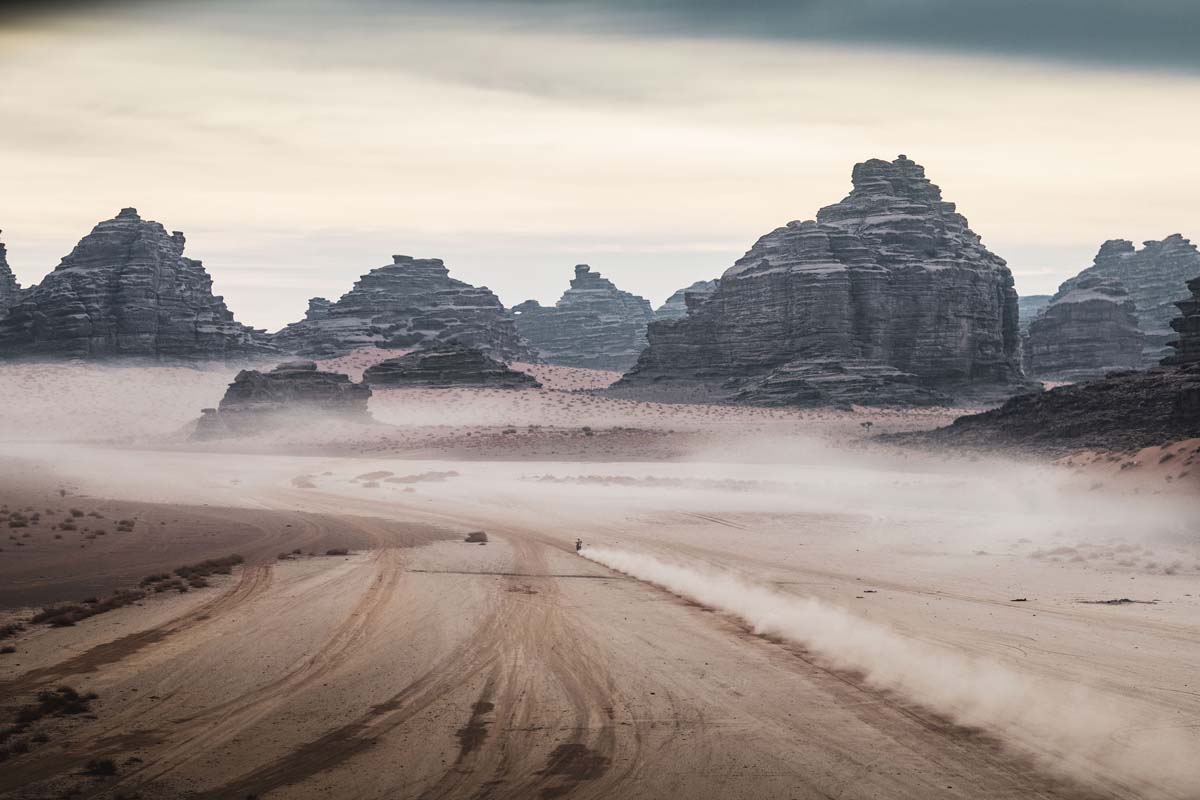