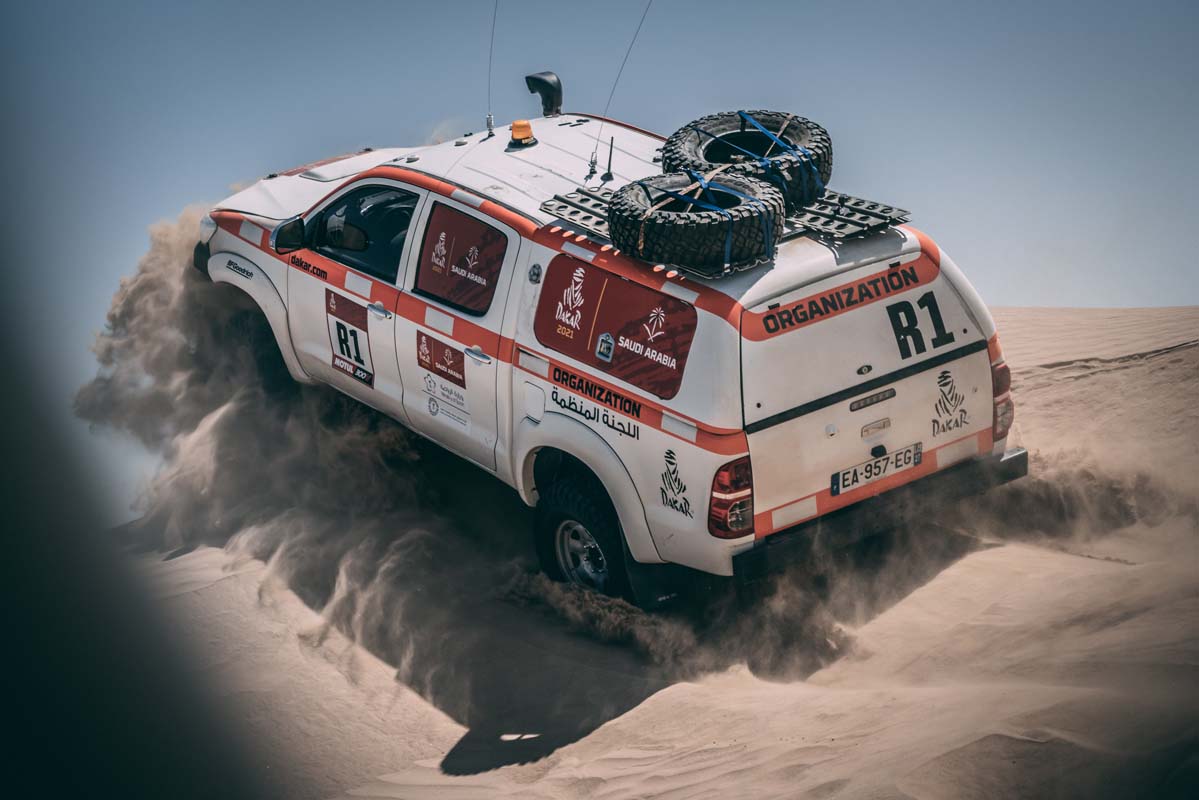 The Saudi Automobile and Motorcycle Federation (SAMF) sheds light on just what it takes to host one of the world’s biggest sporting competitions whilst also showcasing the best Saudi Arabia has to offer.
Considered the toughest challenge in motorsport, the Dakar Rally features a host of talented athletes traversing terrain in either motorbikes, quads, cars, UTVs or trucks. But the challenge isn’t just for the competitors and doesn’t commence at the starting line… it actually begins months in advance for the host of organisers masterminding an exciting and challenging – yet safe – rally raid.
It starts with experts studying the classes of vehicles entering the race in order to ensure that the terrain involved is suitable. With vast stretches of sand and dunes, each potential route is meticulously assessed prior to the final draft being drawn up and considered.
CAREFUL PLANNING
Drafting the Saudi Arabian Dakar Rally route requires much cooperation between various ministries and regulatory bodies, with preparation mainly divided into three stages: planning, exploration, and “fine-tuning” the route.
Planning is spearheaded by the SAMF, headed by HRH Prince Khalid, and the rally management committee, led by David Castera, Rally Dakar Race Director.
During planning, the details of each stage in the rally are carefully assessed, taking into account both location and terrain, as well as the sporting practicality of the route. The mission of the Dakar Rally is to put drivers and riders through their paces, not only testing their navigational skills, but also their endurance and perseverance. However, from a marketing perspective it is also crucial to lead competitors through various locations of cultural and historical importance to showcase the beauty of the Kingdom’s desert, beaches, and landmarks.
When it comes to exploration, organisers set out onto the potential routes, roaming the deserts of Saudi Arabia for approximately 24 days during which they study the 12 stages of the rally accurately. Each stage takes around two days to assess.
Terrain is inspected to ensure that the various vehicles involved are able to navigate safely and also without damaging any natural or archaeological structures. Logistics are also determined, with the initial locations of temporary accommodation camps selected. 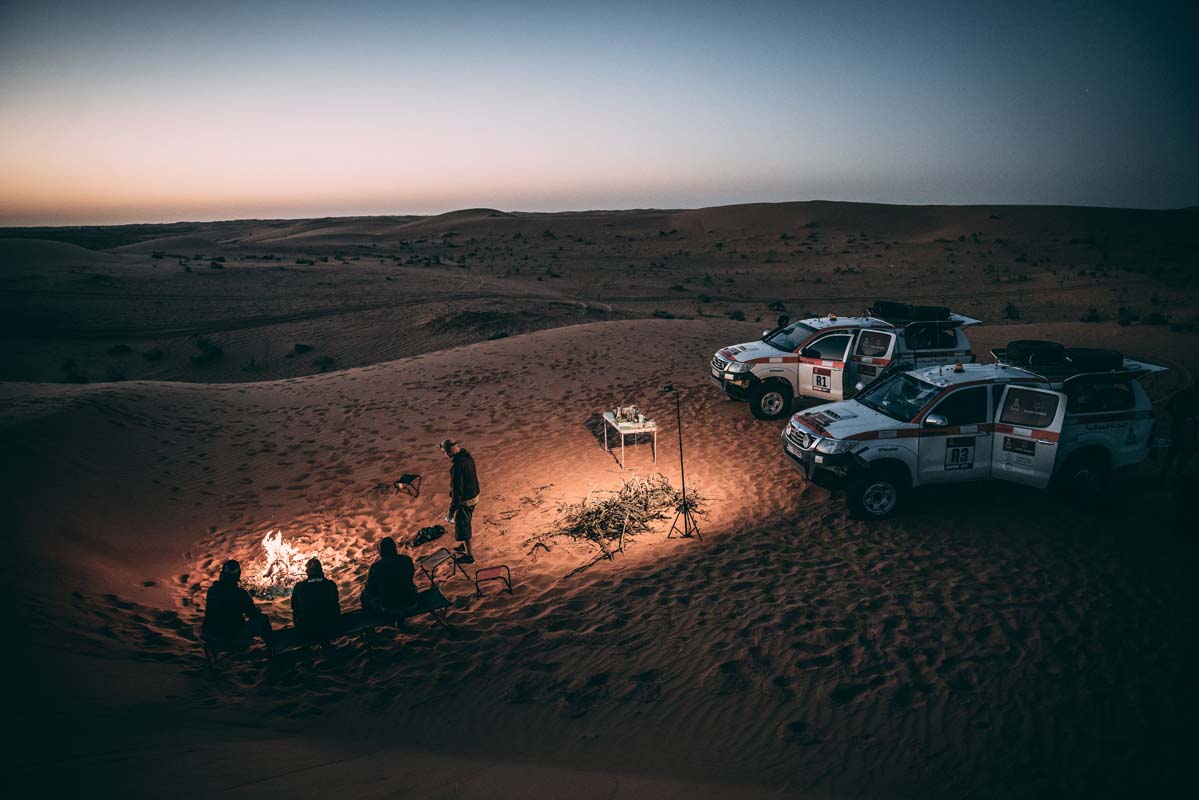 Following months of planning and exploration, organisers put the final touches to the route.
Commenting on the importance of choosing the right route for the Dakar Rally, HRH Prince Khalid Bin Sultan Al Abdullah Al Faisal, Chairman of SAMF, stated: “The Dakar Rally is considered the most difficult and challenging motorsport event on Earth – but it is also extremely challenging for the organisers involved as they put together an event that tests the participants’ mental and physical endurance. It is also crucial to showcase the stunning deserts, terrain, and beautiful natural landmarks of the Kingdom of Saudi Arabia for the whole world to see.”
He added: “We wouldn’t have been able to realise the potential of the Dakar Rally in Saudi Arabia or achieve this success without the unlimited support of the Custodian of the Two Holy Mosques, King Salman bin Abdulaziz Al Saud – may God protect him – and HRH the Crown Prince Mohammed Bin Salman. We are also grateful for the trust of HRH Prince Abdulaziz Bin Turki Al-Faisal, Saudi Minister of Sports, and the dedication to Vision 2030 to develop and support the sporting industry. Gratitude also goes to all of the young men and women involved in this venture, along with the members of SAMF.”
HRH Prince Khalid concluded: “We always strive to organise the best events in the world of motorsports, welcoming fans from all across the globe. With the Kingdom hosting the Dakar Rally these past two years, we are now looking forward to presenting our third event – the 2022 edition. We cannot wait to welcome the teams once again.”
MANY PARTIES INVOLVED
Naturally, the success of a global event of this magnitude is not only due to the dedication of the organisers but also thanks to the many authorities involved. This includes the Saudi Ministry of Sport and the General Directorate of Civil Defence to ensure that the event is safe for all.
It should be noted that during the 2021 competition, a first edition of “Dakar Classic” took place, a unique new category aimed at competitors in vehicles made before the year 2000. It attracted 24 participants racing in ‘classic’ vehicles including a VW Beetle, a Peugeot 504, a Porsche 911, and Sunhill buggies.
Understandably, this category is not subjected to the same route as the main competing categories are. Rather, a special route that is suitable for these classic cars and trucks is drafted. Nonetheless, the same laws and safety requirements are applied.
With six categories participating, the 44th edition of the Dakar Rally will take place for the third time in the Kingdom of Saudi Arabia, commencing 1st January 2022, beginning in Ha’il before taking competitors to Riyadh, and finally concluding in Jeddah on 14th  January. 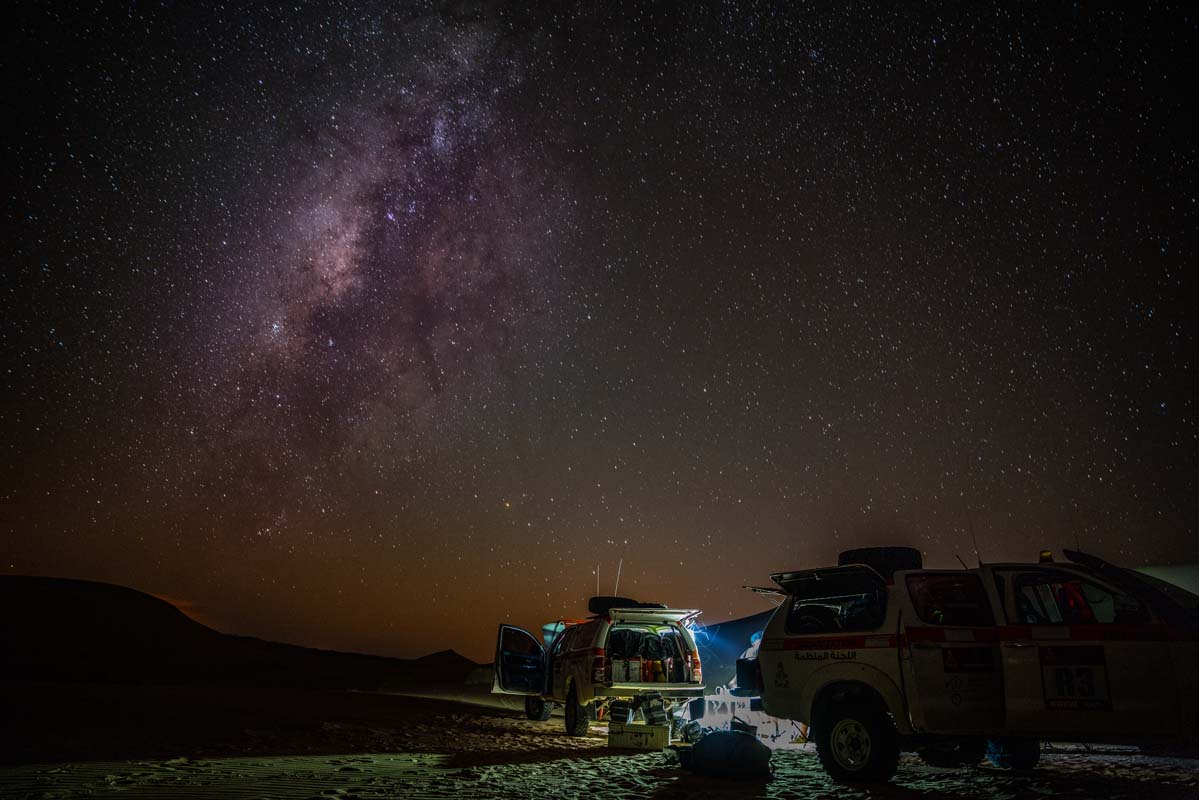 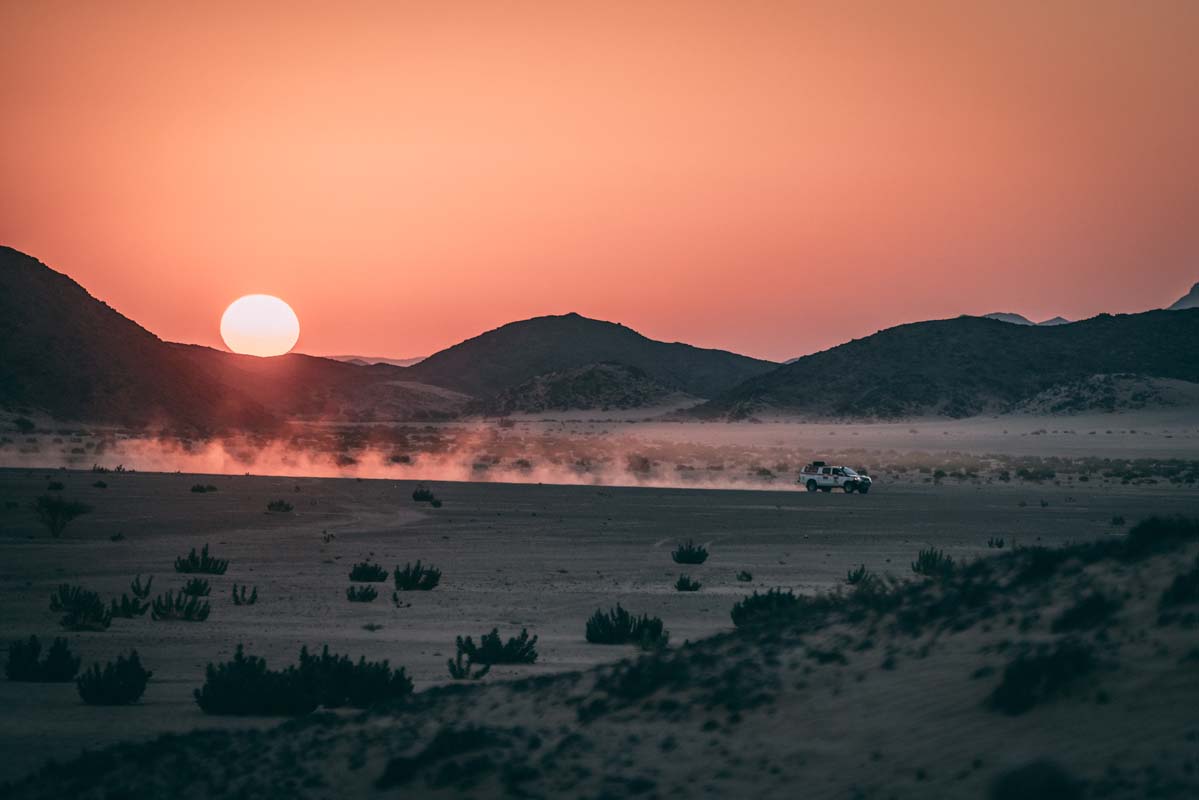 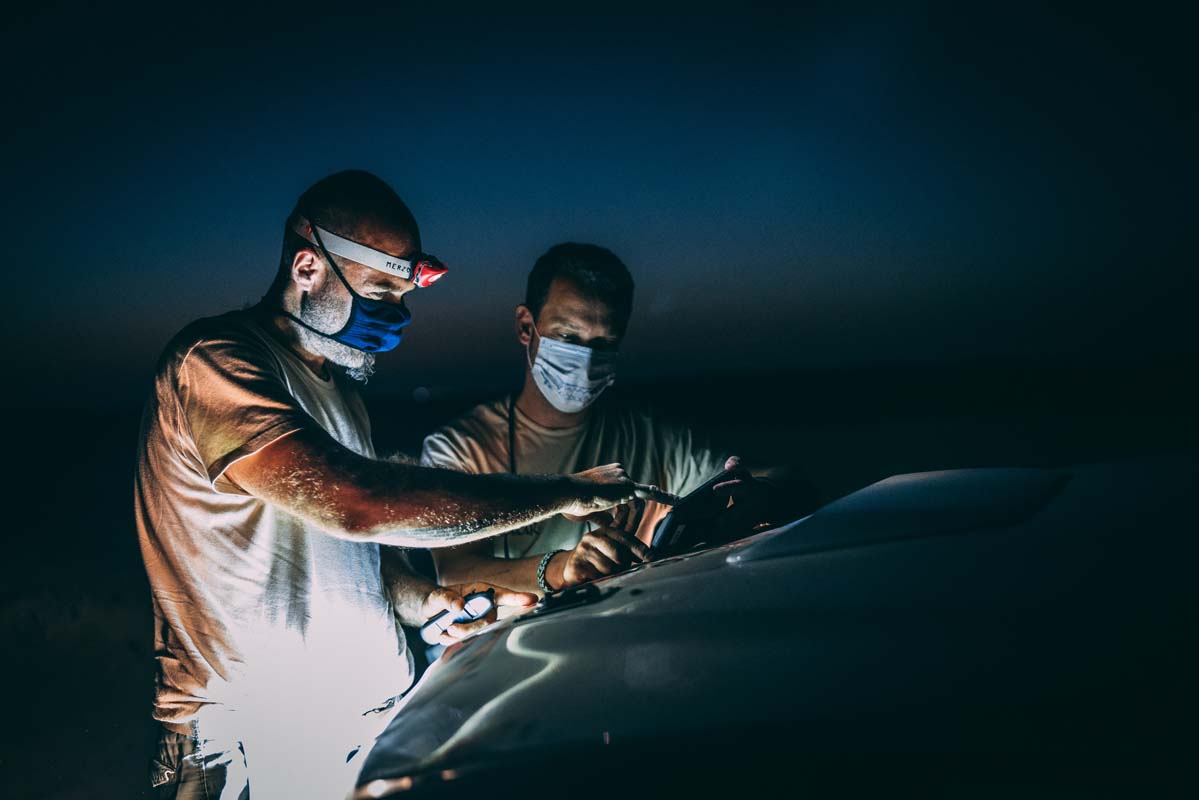 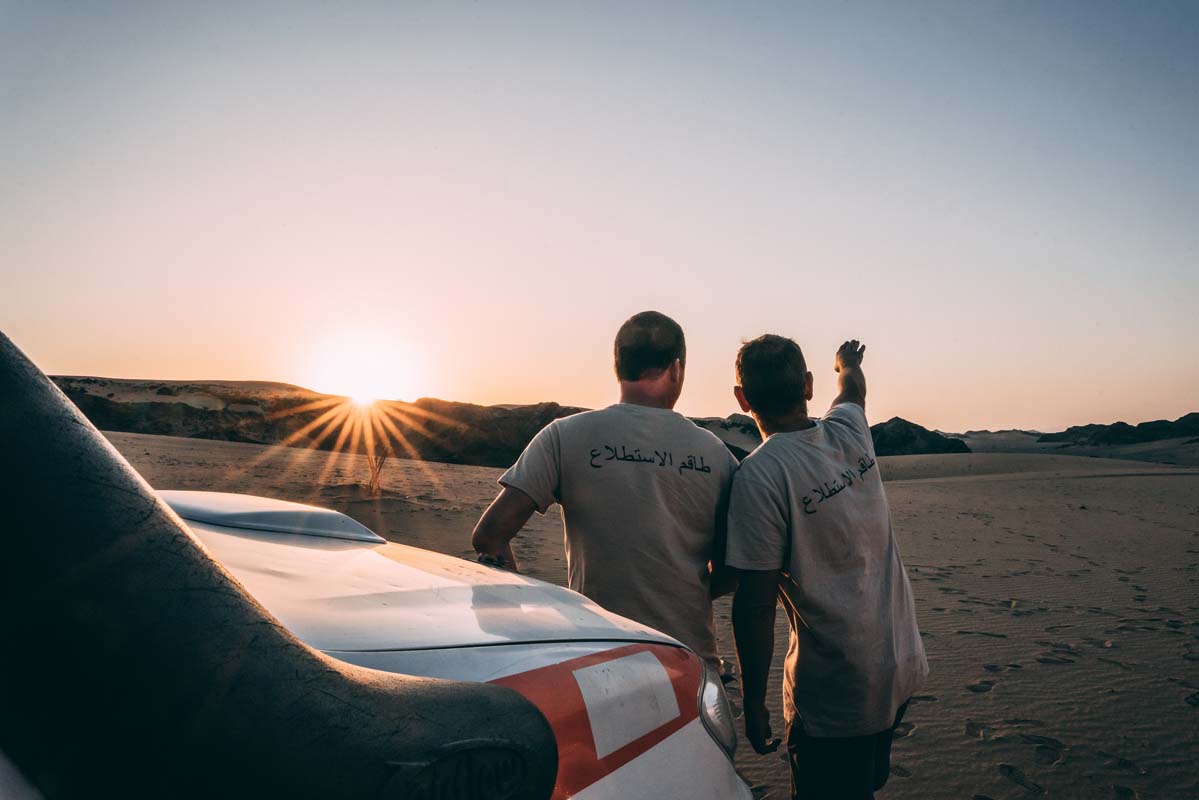