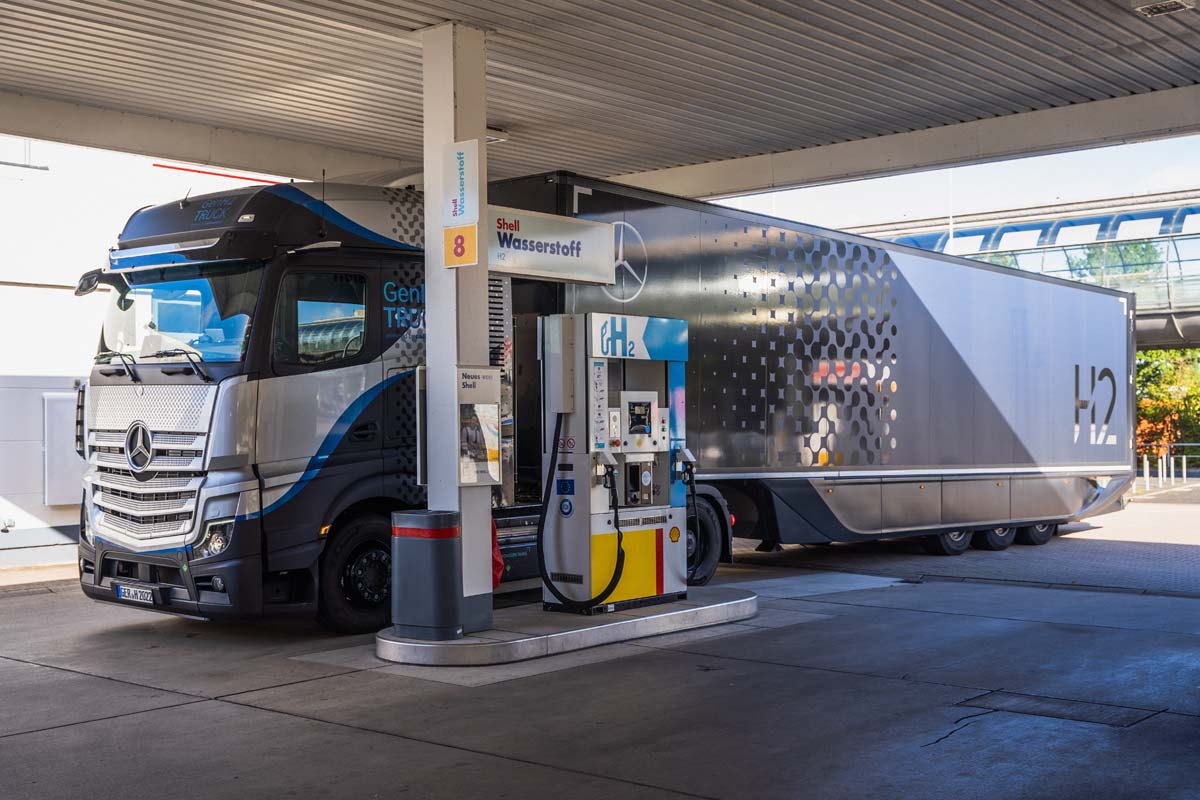 On the road to sustainable transportation, first prototypes of the fuel-cell powered Mercedes-Benz GenH2 Truck have been undergoing intensive testing since last year – both on Daimler Truck’s in-house test track and on public roads. At the IAA Transportation 2022, Daimler Truck will be offering selected visitors a ride-along in one of its fuel-cell trucks. In doing so, the truck manufacturer demonstrates the practicality of a fully loaded 40-ton hydrogen truck on public roads. Just in time for the start of the IAA, H2 MOBILITY Germany thereby enables hydrogen refueling at a Shell station in Laatzen near the trade fair grounds in Hannover.

The fuel station provides green and thus CO2-neutral hydrogen. The Mercedes-Benz GenH2 Truck prototype has a license for road use and is powered and refueled with gaseous hydrogen. At the Mercedes-Benz Trucks booth in Hall 19/20 at the IAA Transportation 2022 in Hannover, Daimler Truck also exhibits a GenH2 Truck prototype with liquid hydrogen tanks.

Daimler Truck prefers liquid hydrogen in the development of hydrogen-based drives for the long term. In this aggregate state, the energy carrier has a significantly higher energy density in relation to volume compared to gaseous hydrogen. As a result, more hydrogen can be carried, which significantly increases the range and enables comparable performance of the vehicle with that of a conventional diesel truck. The development objective of the series-ready GenH2 Truck is a range of up to 1,000 kilometers and more without refueling. This makes the truck suitable for particularly flexible and demanding applications, especially in the important segment of heavy-duty long-haul transport. The start of series production for hydrogen-based trucks is planned for the second half of the decade. 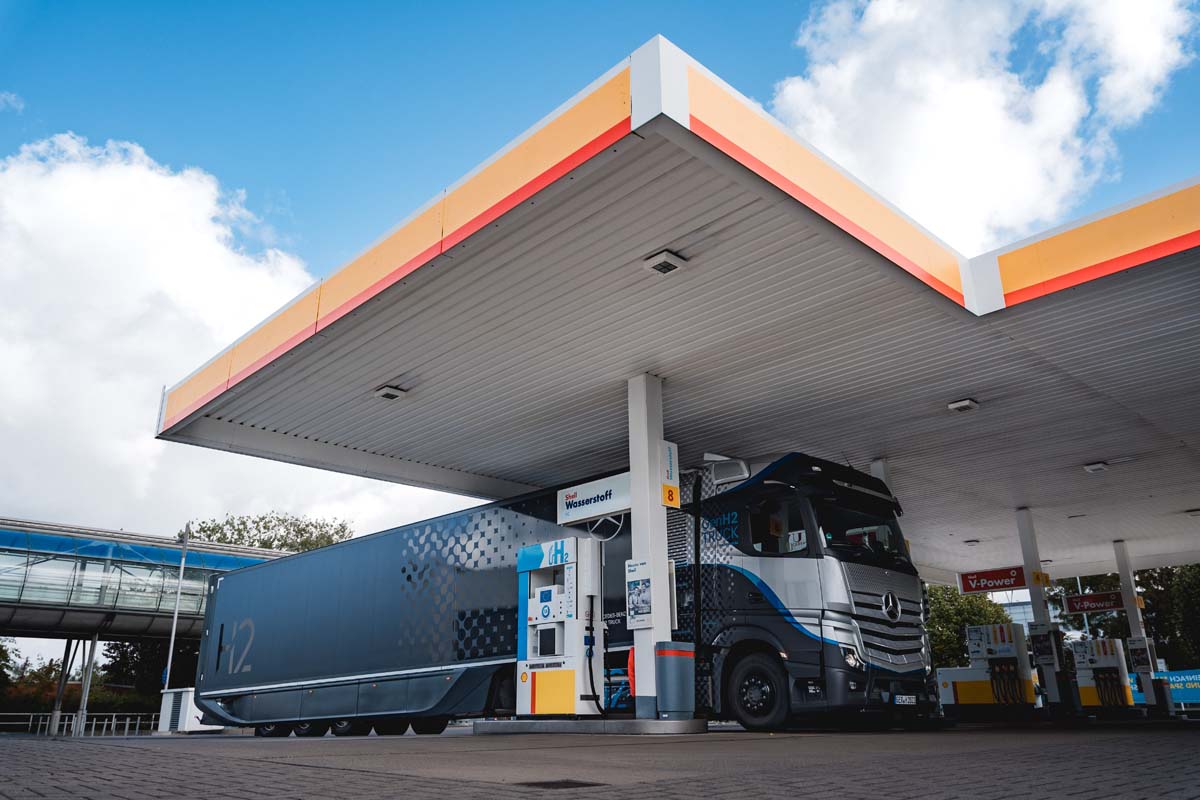 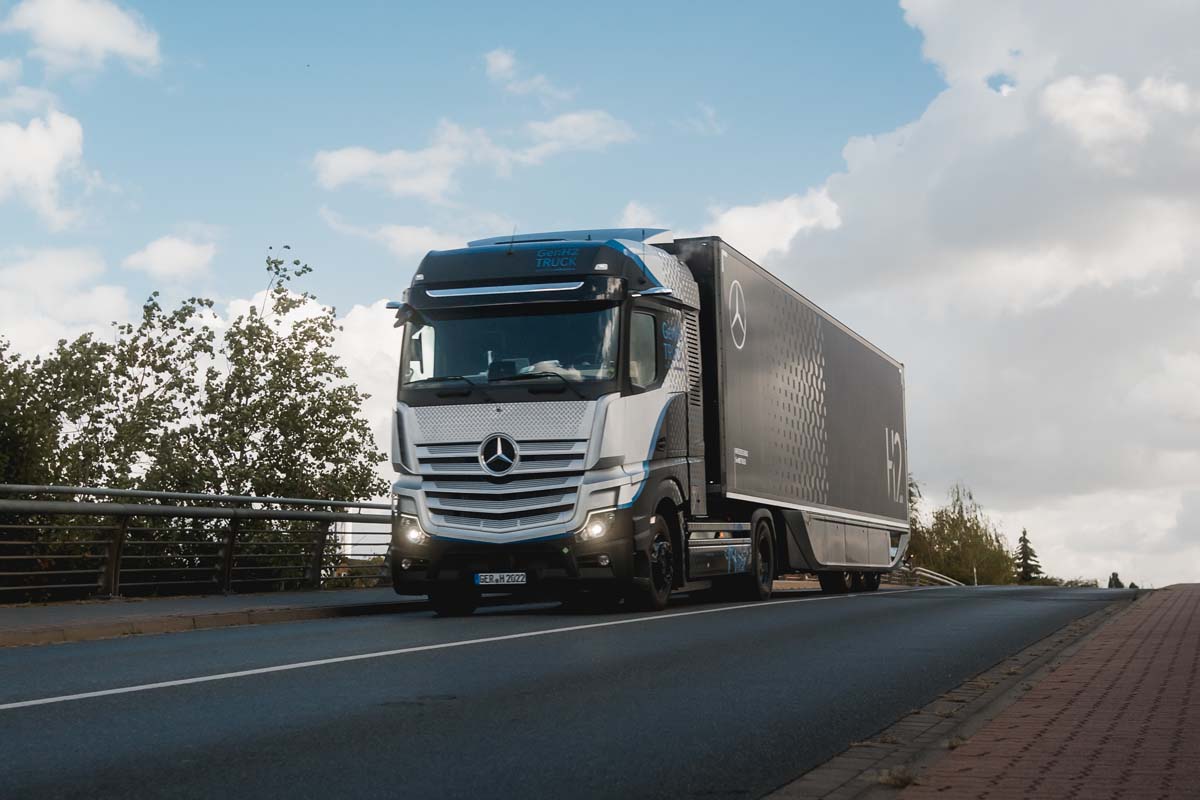