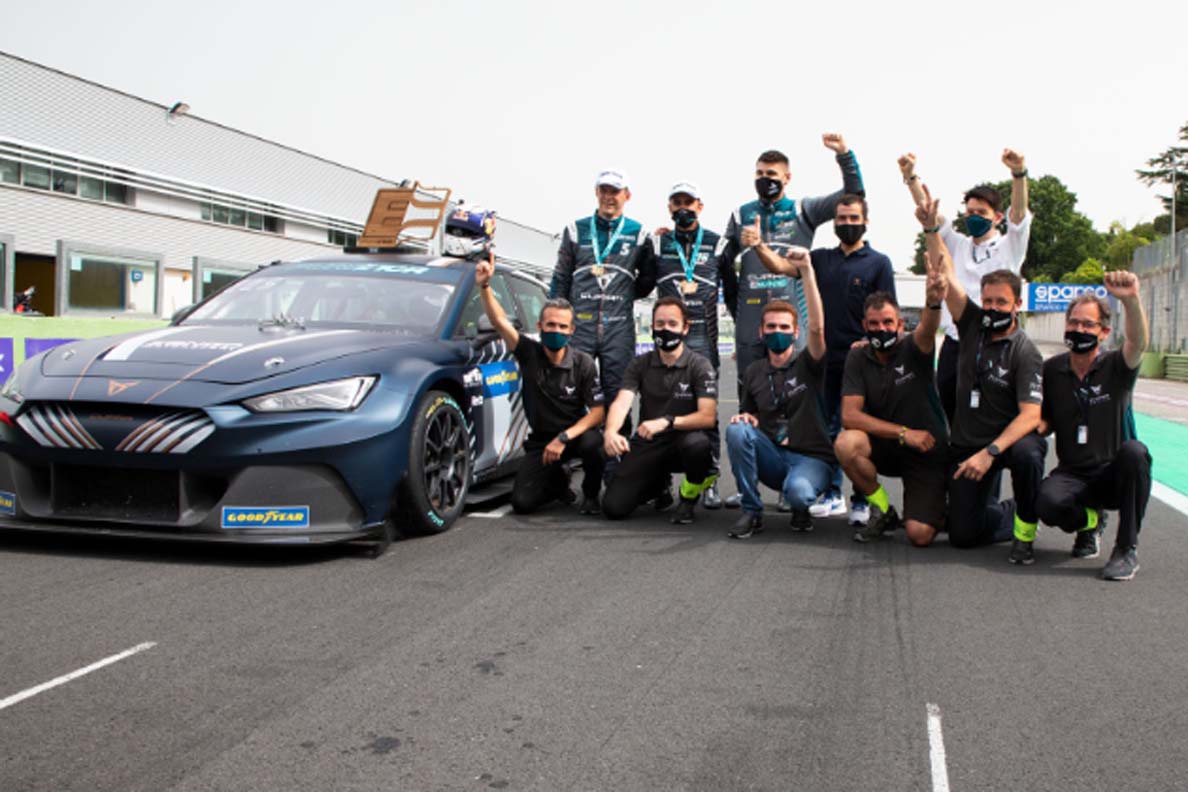 CUPRA, the CUPRA e-Racer and Mikel Azcona have made history at the premiere of the PURE ETCR at the Vallelunga circuit (Italy), where they have claimed the victory in the first event of an all-electric multi-brand touring car championship. Azcona scored the maximum points at stake, making him the first “King of the Weekend” and the championship leader.

“We have made history with our victory in the first PURE ETCR weekend,” said Azcona after stepping out of the CUPRA e-Racer, with a huge smile on his face. “I am very happy. Our CUPRA has been very fast all weekend and the team has done a great job. I like this new format and we are going to give our best to continue leading this revolution in touring car racing.”

The Zengő Motorsport X CUPRA was the team to beat during the Italian PURE ETCR event. Azcona, who this season is also competing with the CUPRA Leon Competición in the WTCR and the TCR Europe, won every single battle in his group – the Pool A – until the Super Final, where he was up against five other cars. In the final round, contested over seven laps with 300 kW of power except when using the ‘Power Up’ extra power (500 kW), Mikel finished ahead of the rest of the drivers he was competing against. The Spaniard did not have it easy, as he was forced to start from sixth – and last – position after suffering a puncture in the previous session, but Mikel recovered through the pack with a great performance and good overtaking maneuvers. Jordi Gené, in another CUPRA e-Racer, finished second in this round.

Mattias Ekström and Dániel Nagy, the other two Zengő Motorsport X CUPRA drivers, competed within Pool B. At the wheel of the all-electric CUPRA racing car, they both performed well to put the brand at the top. Even though Ekström began the final in the last position, he managed to come back, giving a masterclass overtaking his rivals, and finished the Super Final B in second place, making him third on the podium as the third highest points scorer overall for the weekend. Nagy, the latest driver to join the team, finished sixth in the final.

“What a great way to start the PURE ETCR! Our CUPRA e-Racer has proven that it is the perfect car for this championship. The victory is the result deserved by the whole Zengő Motorsport X CUPRA team and the reason we are here,” said Xavi Serra, Head of CUPRA Racing. “My sincere congratulations to Mikel Azcona, the first PURE ETCR leader after a memorable performance”.

each event, after scoring the maximum 77 points at stake, and leads the championship after the first round. In addition, two other CUPRA drivers, Ekström (69 points) and Gené (58 points), follow closely behind in third and fourth position respectively, while Nagy is ninth (31 points). The next round of the championship will take place at Motorland-Aragon (Spain), on the weekend of the 9-11th of July. 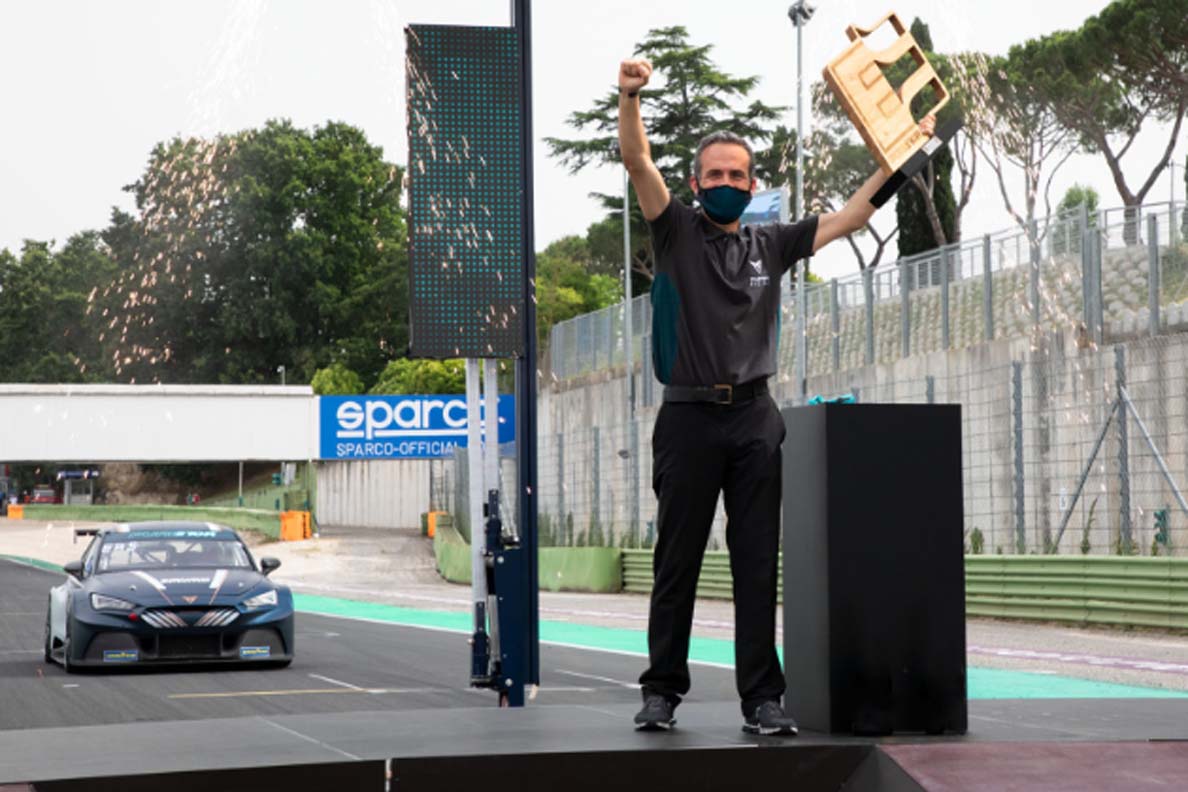 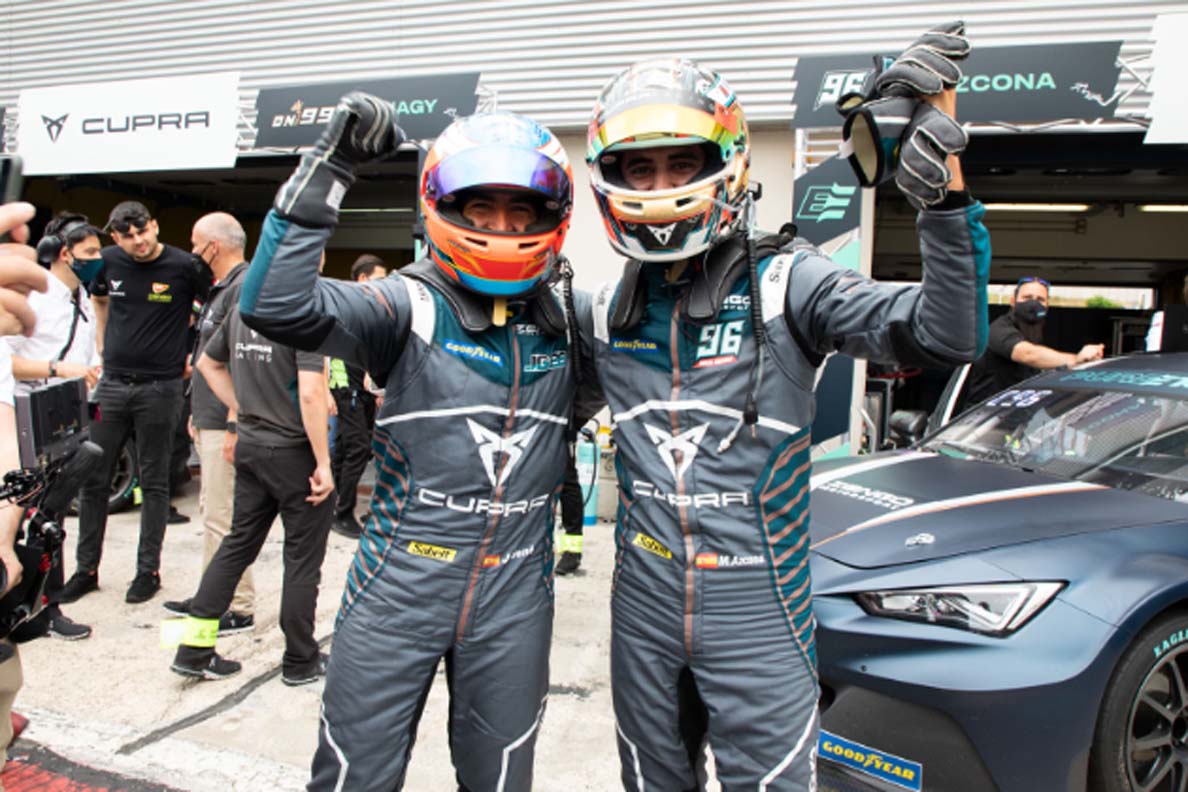 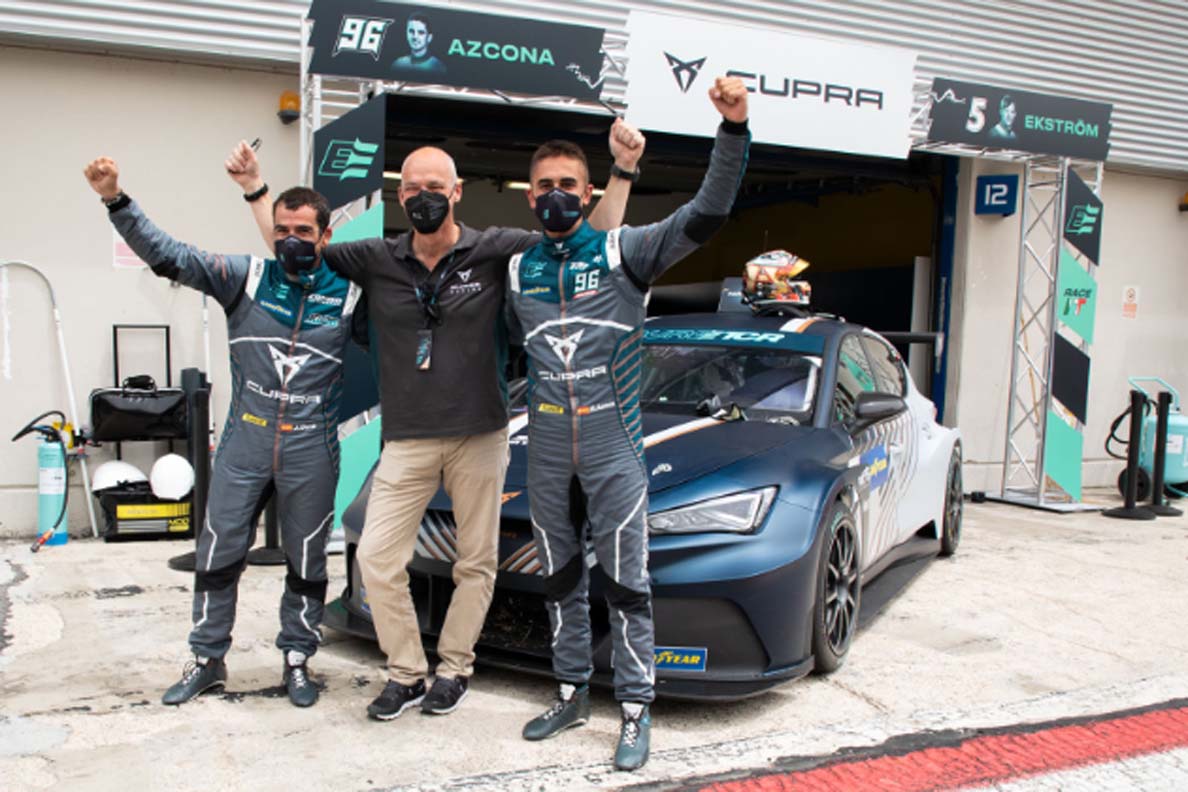