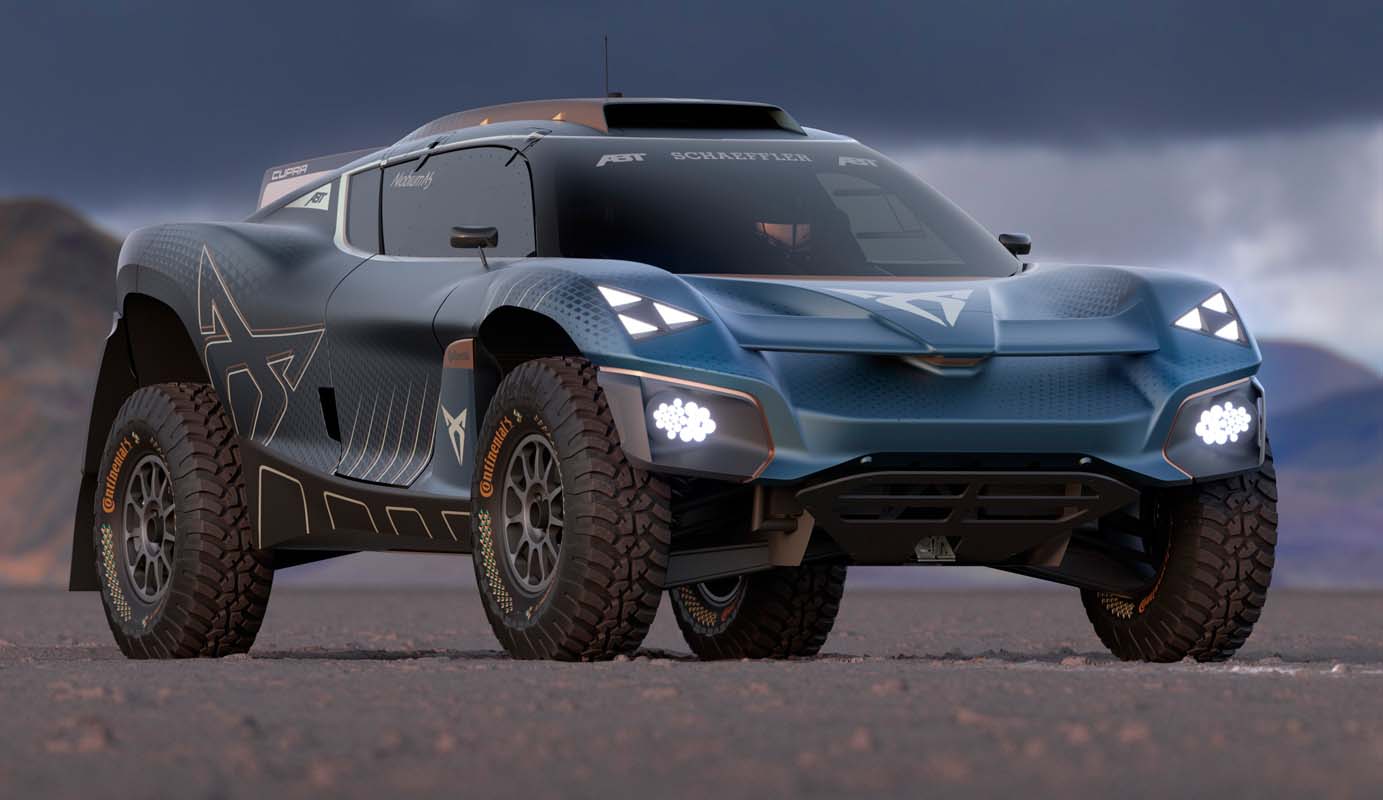 CUPRA injects its DNA into the CUPRA Tavascan Extreme E Concept. The all-electric off-road racing car is the next stage in the brand’s Extreme E adventure, which also hints at the design language to be used in the future series production CUPRA Tavascan, the brand’s second 100% electric model based that will be designed and developed in Barcelona and will reach Europe and overseas markets in 2024.
The CUPRA Tavascan Extreme E Concept integrates a completely new exterior design with 100% CUPRA DNA and a holistic approach to natural material use making it more sustainable and even more repairable and adaptable.
“We strongly believe in the Extreme E project as a whole” said Antonino Labate, Director of Strategy, Business Development and Operations at CUPRA. “Electrification, sustainability, gender-balance and diversity are common values between CUPRA and Extreme E. The CUPRA Tavascan Extreme E Concept is clear proof of the hard work that we’re doing at CUPRA in order to be able to compete next season.”
The front and rear design has changed considerably over the vehicle that is racing in the first season of Extreme E. LED technology delivers greater freedom to produce a vehicle with CUPRA DNA; the headlights in three triangle groups on either side provide a more imposing look.
And the lighting is set into a 3D printed frame – a technology chosen to give the CUPRA Tavascan Extreme E Concept an edge. 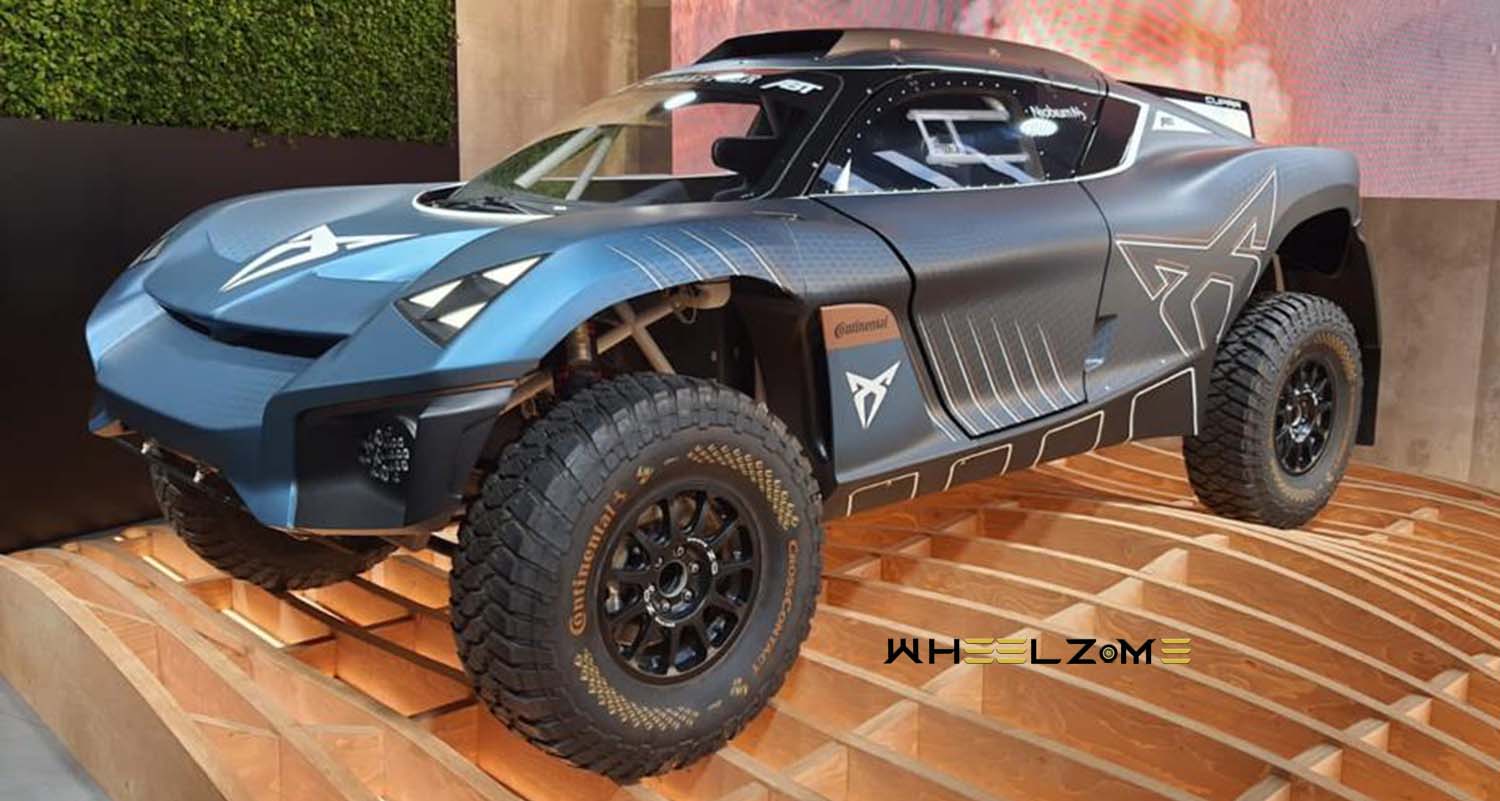 The 3D printed parts are more efficient as they can be manufactured in just six hours. That means the team can adapt to changes very quickly; whether it’s because of an incident or changes to the light position, the components can be modified in a very short time without the need for cumbersome and expensive tooling.
“The CUPRA Tavascan Extreme E Concept is the next evolution of our all-electric off-road racing car with even more CUPRA DNA and a design hints at the brand’s future direction. But it also delivers technical advancement too” said Head of Technical Development at CUPRA Racing Xavi Serra. “The CUPRA Tavascan Extreme E Concept uses flax fibres throughout the bodywork to improve sustainability and 3D printed elements that can be quickly recreated to keep the racecar out on the track.”
But the Extreme E racing series is about increasing environmental awareness and the CUPRA Tavascan Extreme E Concept is pushing boundaries here too, making the vehicle even more sustainable.
Constructing as much of the body structure as possible from flax fibres – extracted from the flax plant – means that the carbon fibre components can be replaced reducing the vehicles impact on the environment. And there’s no detriment to performance, the material can be worked in the same way, achieving the same shapes and radii required by engineers. It is already a technology that could easily be adapted to production vehicles.
The CUPRA Tavascan Extreme E Concept’s revitalised body is finished with a livery that will help it stand out whether it’s racing in the arctic, desert, glacier or ocean locations.
The all-electric off-road racecar is finished with copper accents – a time-honoured CUPRA mark, parametric texturing and dynamized lines to help the exterior shimmer and move as the vehicle shifts through the landscape and an overlapping CUPRA logo to create a powerful 3D effect.
“The CUPRA Tavascan Extreme E Concept is looking incredible and in addition to being fully electric, it is now even more sustainable, using recyclable and organic materials such as flax fibres,” said Jutta Kleinschmidt, CUPRA driver. “I cannot wait to compete with this newly designed version!”
The CUPRA Tavascan Extreme E Concept is equipped with a 54-kWh battery, placed behind the cockpit to produce a real rear weight distribution and can go from 0-100 km/h in about 4 seconds meeting the race series’ regulations.
CUPRA has been part of Extreme E from the outset. It was the first automotive brand to announce its participation, joining forces with ABT Sportsline as the team’s main partner. The Extreme E series is enhancing CUPRA’s electrification research while promoting electrification, sustainability, and gender equality.
Thomas Biermaier, CEO of ABT Sportsline
“Almost exactly a year ago, we announced our partnership with CUPRA and presented the design of our e-CUPRA ABT XE1. Since then, we‘ve generated a lot of attention together – on and off the track. The development of the own bodywork by the designers and engineers at CUPRA is the next step in our close and successful collaboration. The Tavascan Extreme E Concept looks simply great, right down to the smallest detail. Now it’s our job to take the first trophies with it soon.”
Alejandro Agag, Founder and CEO of Extreme E
“I am delighted to see CUPRA launch the CUPRA Tavascan Extreme E concept as it enables it to become the second manufacturer to use its own bodywork for its Extreme E team. This moves not only injects added style and personality into the series, but also supports our goals for Extreme E to prove itself as a global marketing showcase for partners, as CUPRA prepares to launch this model to consumers in the future. Congratulations to this future thinking and highly visionary team, the CUPRA Tavascan Extreme E is a truly stunning design and I can’t wait to see it make its racing debut in Extreme E.” 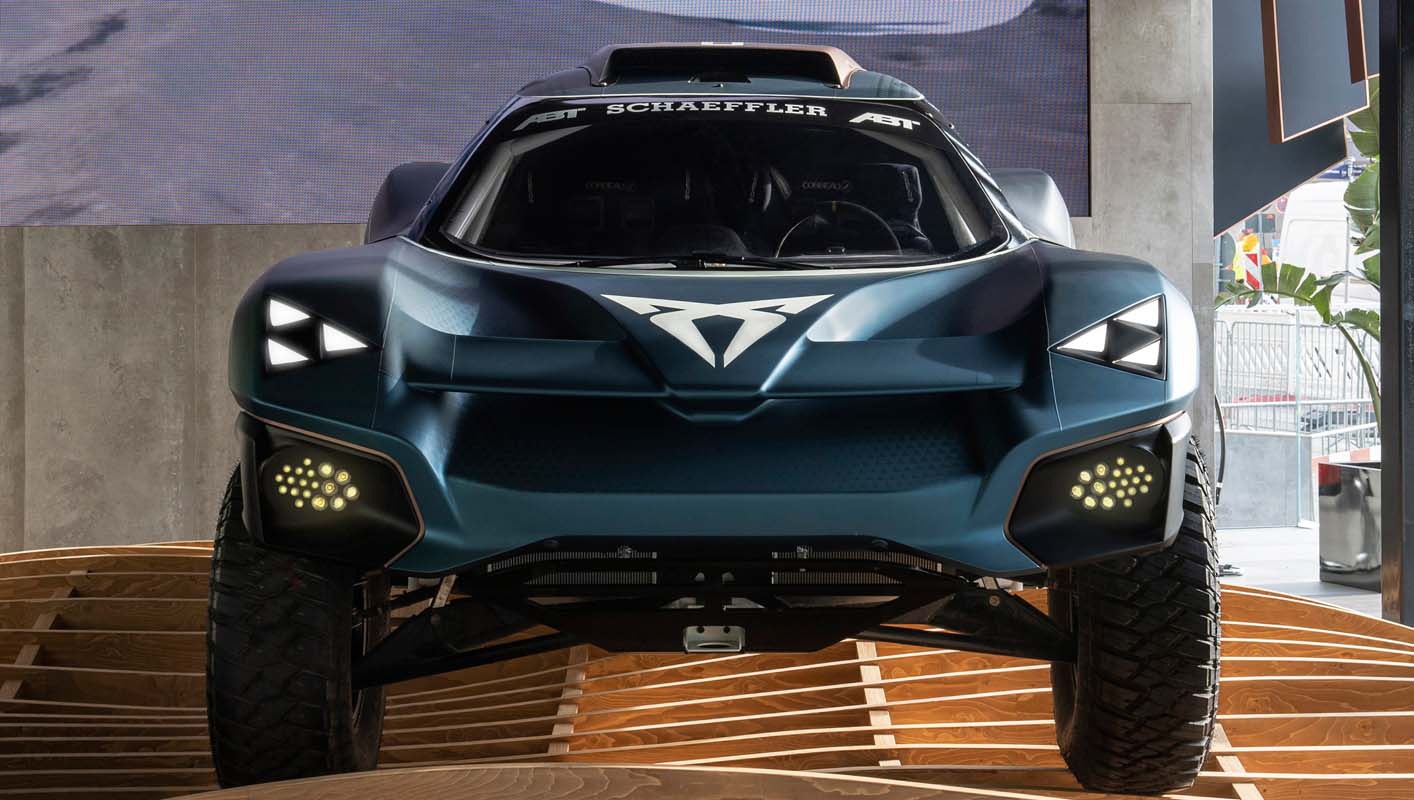 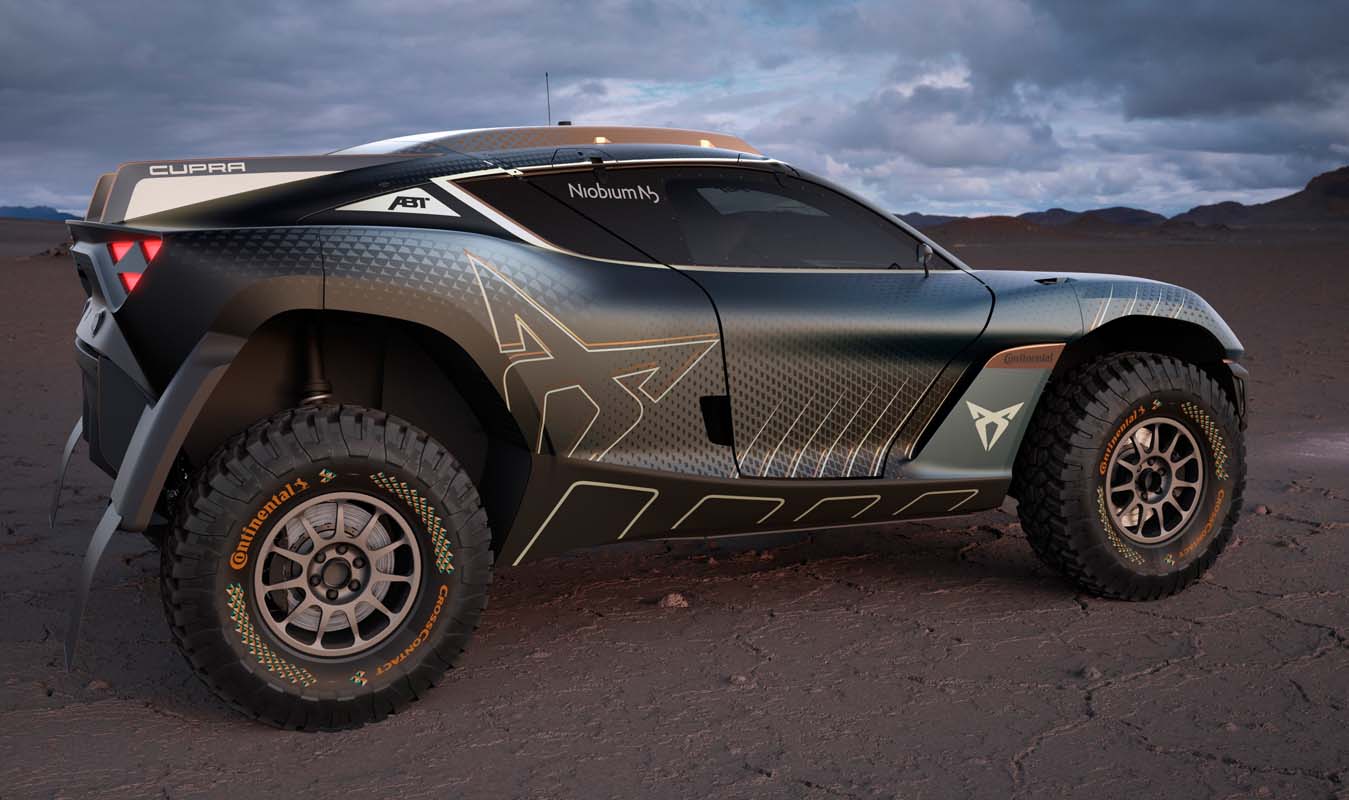 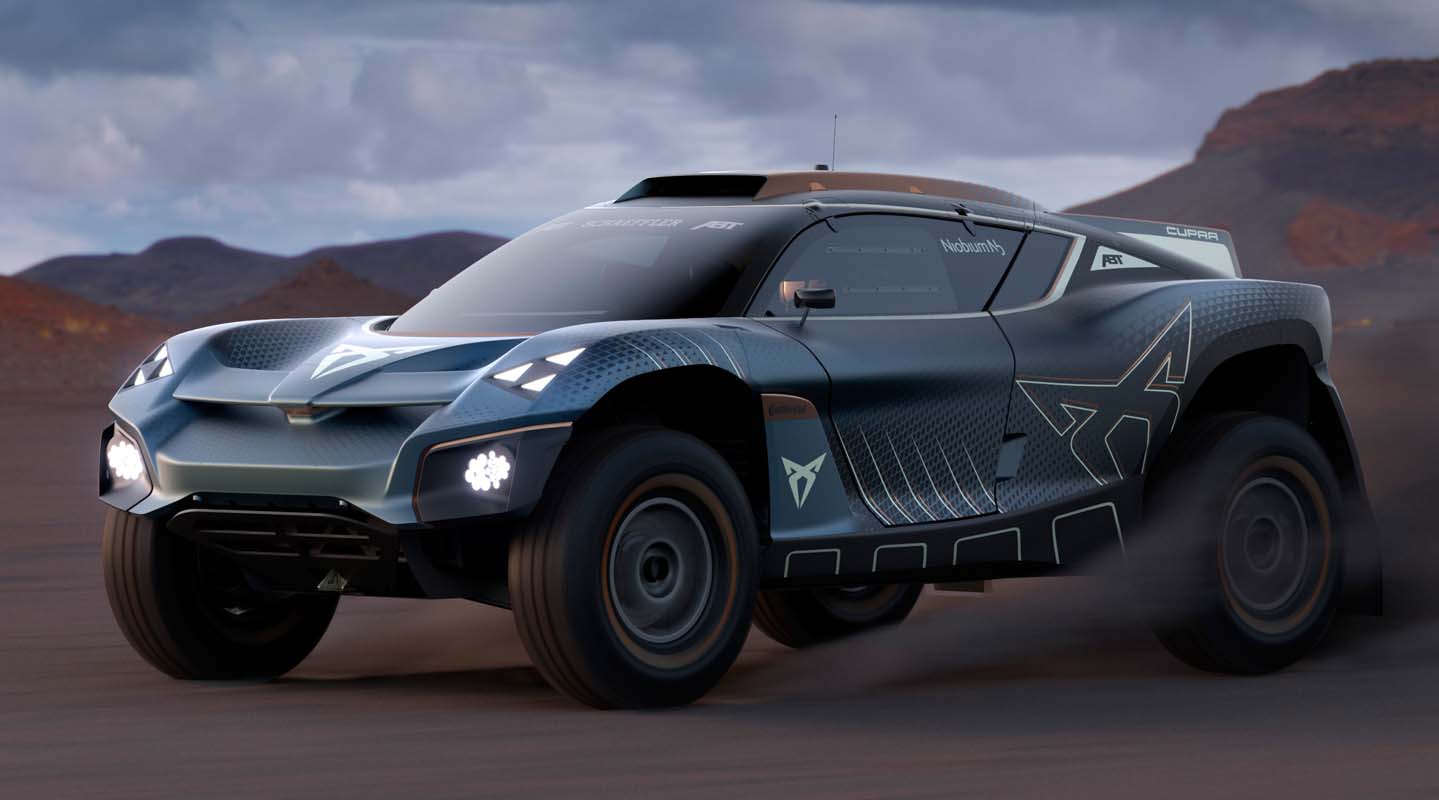 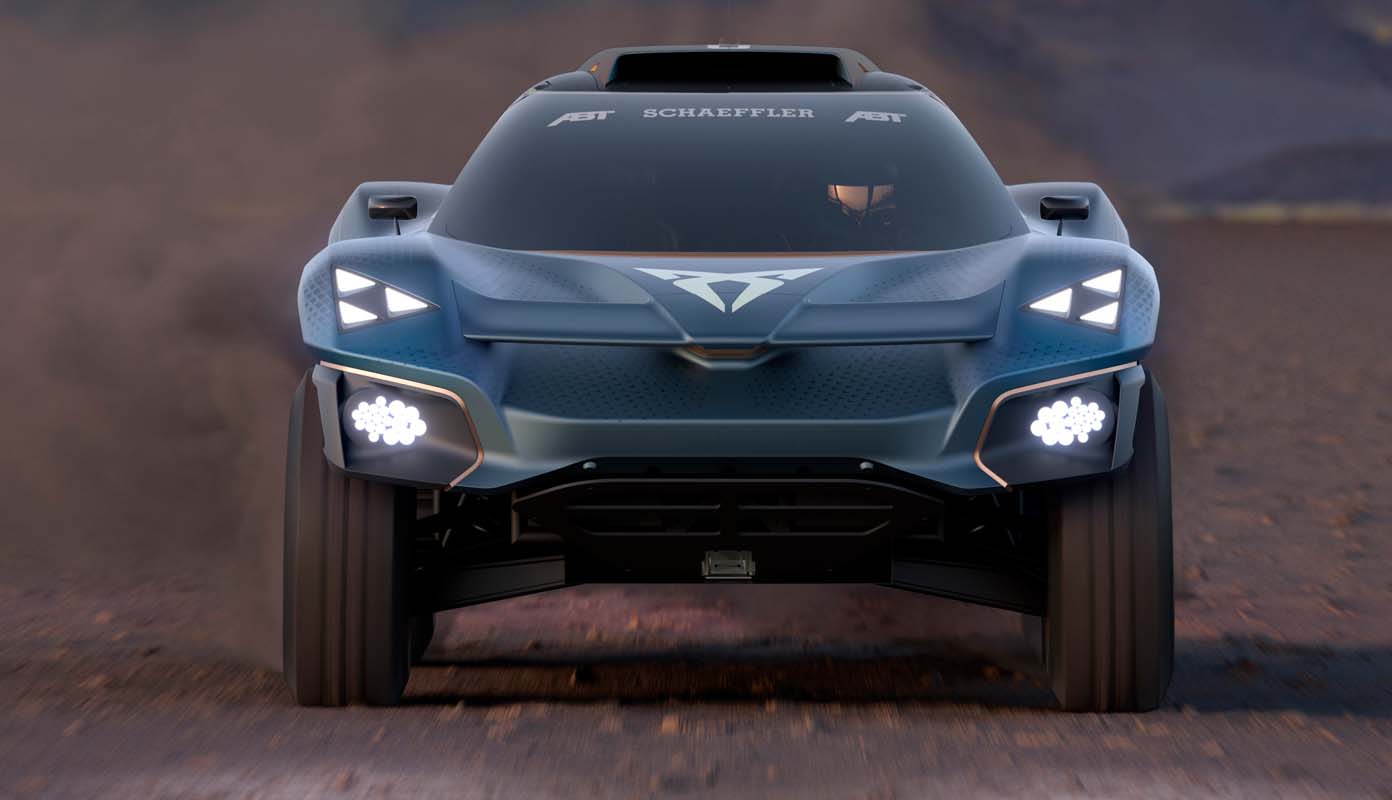 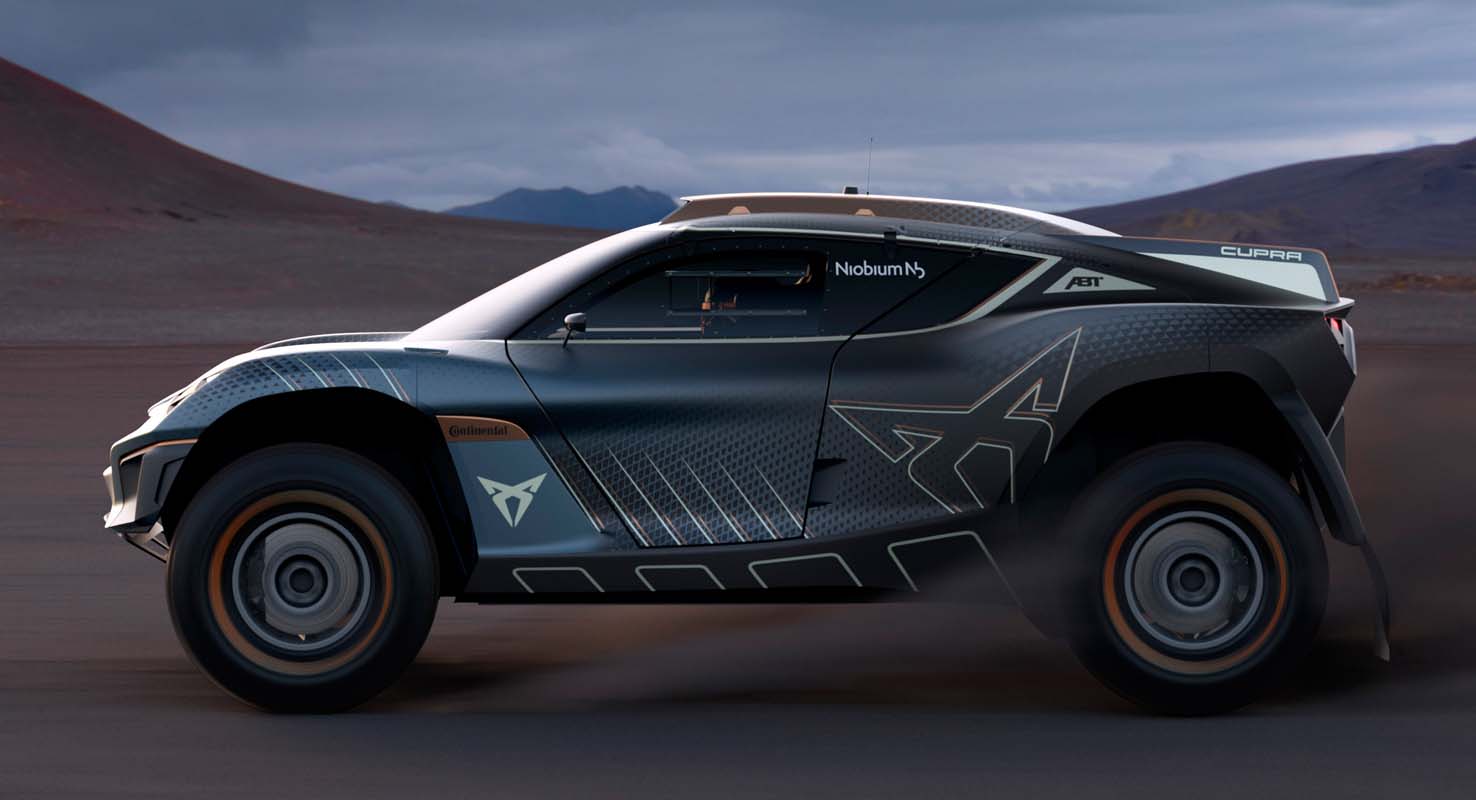 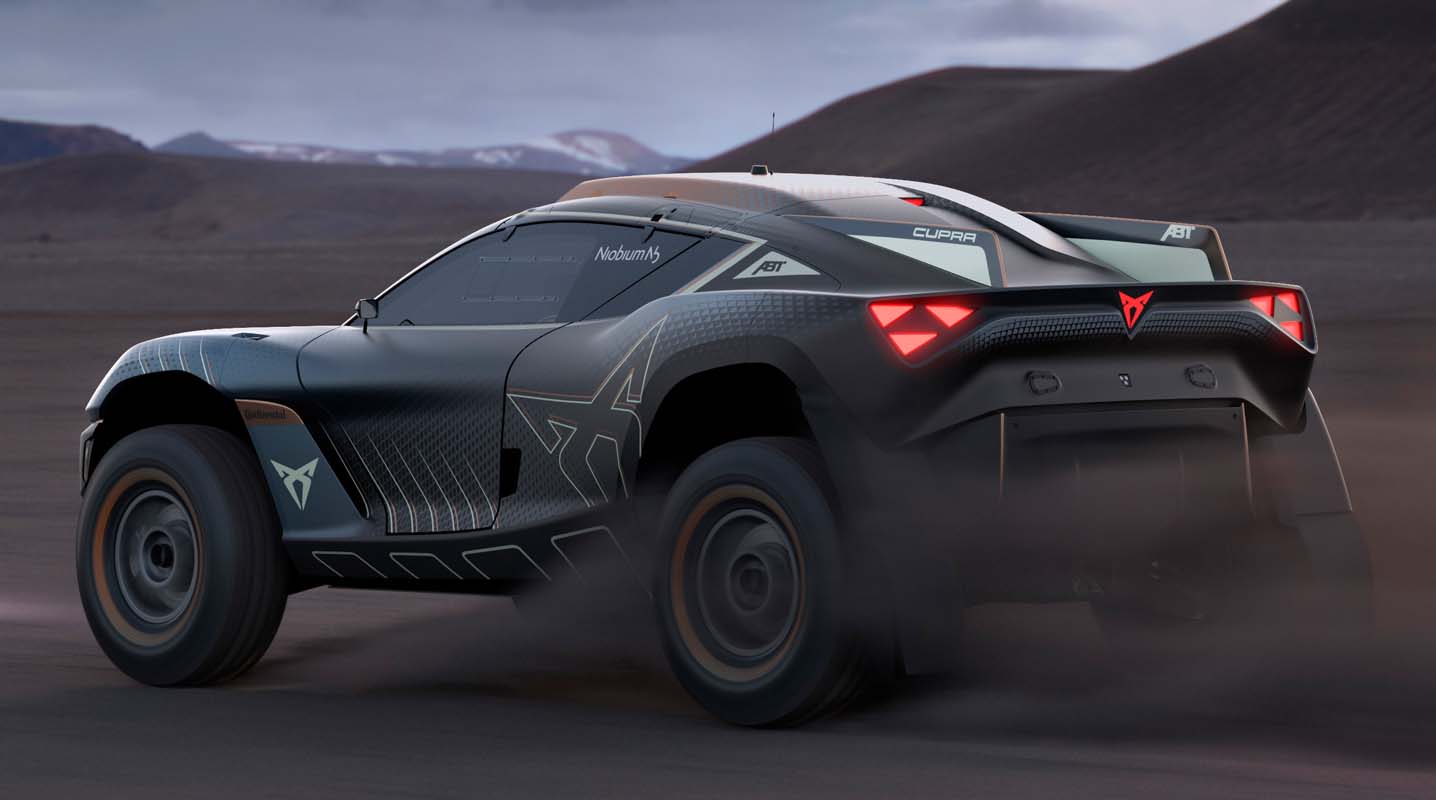 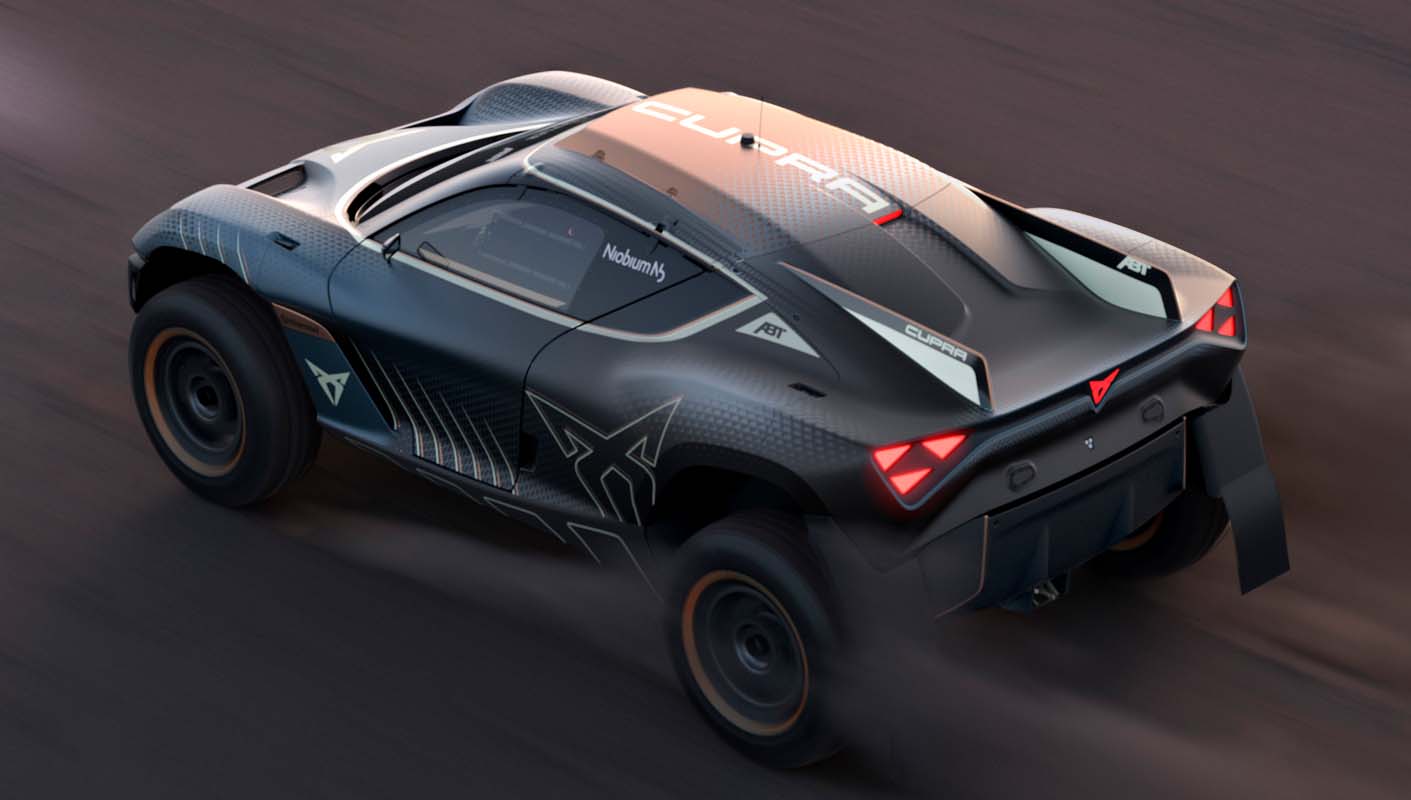 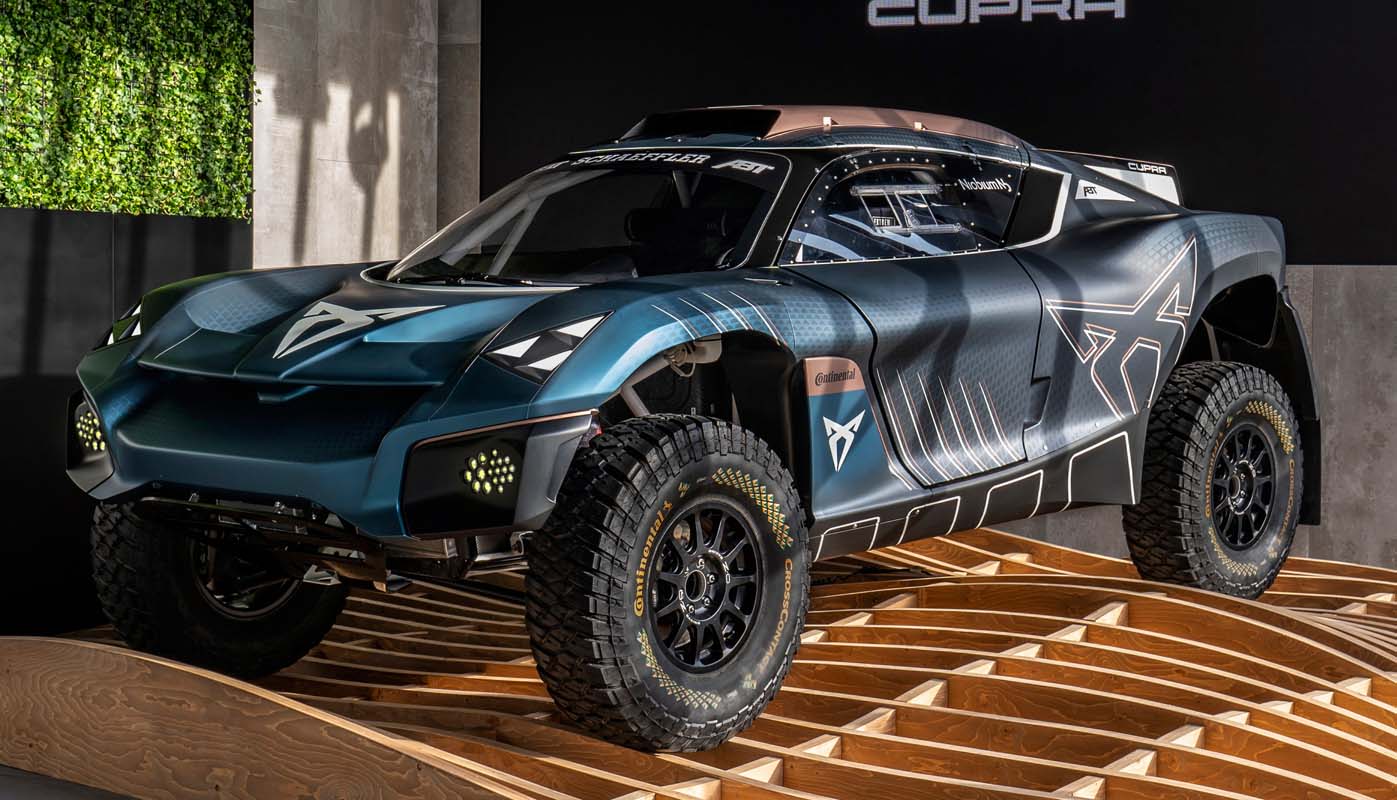