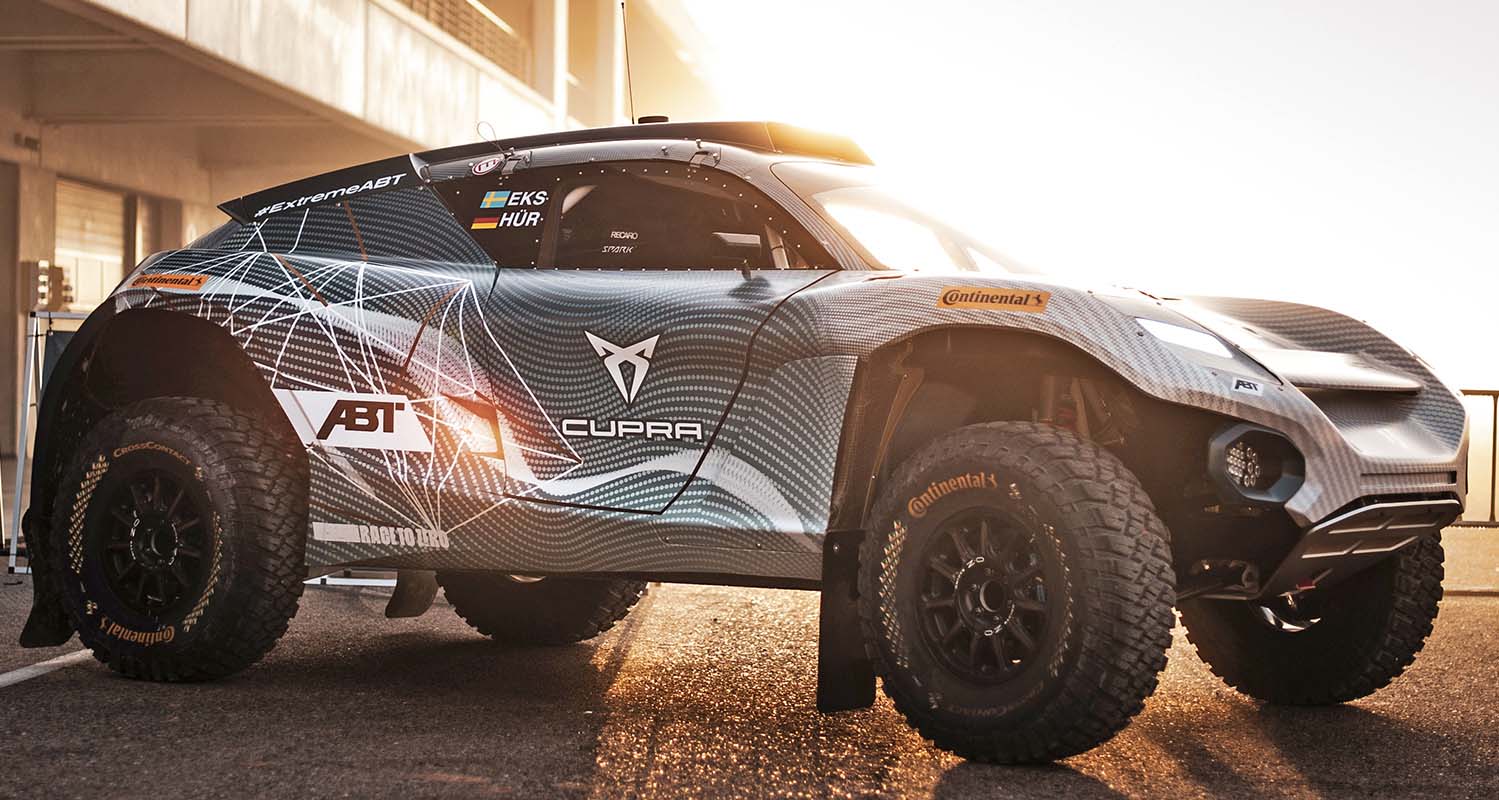 CUPRA is gearing up and take on one of the most gruelling races in history as it heads to the start line of the inaugural Extreme E series season.

The off-road electric SUV’s competition takes teams to the most challenging parts of the world: desert, jungle, glacier, ocean and arctic. Kicking off in Saudi Arabia on the 3rd April its aim is to not only bring the thrill of racing to the masses but to highlight how climate change is impacting on our world.

CUPRA has been part of Extreme E from the outset. It was the first automotive brand to announce its participation, joining forces with ABT Sportsline as the team’s main partner and it’s now ready for the event to kick-off.

“CUPRA is an unconventional challenger brand that wants to contribute to reinventing the future of racing with progressive experiences while bringing a message of electromobility, sustainability and gender balance around the world” said Wayne Griffiths, President of CUPRA and SEAT. “Extreme E is the best platform to spread this impulse because it is the first sport to ever be built out of a social purpose. It gives us an opportunity to think how we can make a difference but also the chance to look more closely at electric propulsion and how we can transfer it more smoothly into the real world.”

The high-performance brand’s 400kW e-CUPRA ABT XE1 will be pushed beyond the limits as the team prepare for the first race of the season in Saudi Arabia’s Al Ula region, the world’s largest continuous sand desert for the Desert X Prix race weekend. And while the uncertainty for some would stop them from taking part, for CUPRA it is an unstoppable impulse to succeed and take on the unknown.

ABT CUPRA teammates Claudia Hürtgen and CUPRA e-ambassador Mattias Ekström will be working hard to get ready for the race, preparing mentally and physically for any eventuality as they race through the arid desert landscape. Hürtgen has a wealth of experience in endurance racing, while Ekström brings huge talent as Rally Cross and DTM champion. But both will be challenged.

The team has tested the e-CUPRA ABT XE1 to its limits during preparation for the start of the season with testing completed at the Oschersleben circuit in Germany and the MotorLand Aragón track in Spain.

“Only a few days left before the very first Extreme E race start, and Claudia and I cannot wait to be on the starting grid. We’re very excited to be part of this competition with a very innovative format: 100% electric, racing the most astonishing locations in the world and driven by gender-balanced teams,” said Rally Cross and DTM champion Mattias Ekström. “if you consider all the elements and you add the car’s heavy weight, its low-grip tyres and a good amount of power, the whole combination will be very interesting, and we’re ready for it!”.

After the chequered flag drops in Saudi Arabia the race series moves to Lac Rose in Senegal, Kangerlussaq in Greenland, Pará in Brazil and finally Tierra Del Fuego in Argentina.

The Extreme E series is the next chapter of CUPRA in racing. The brand’s identity is heavily linked with the racetrack and it is a master at developing vehicles that can compete at the highest level. 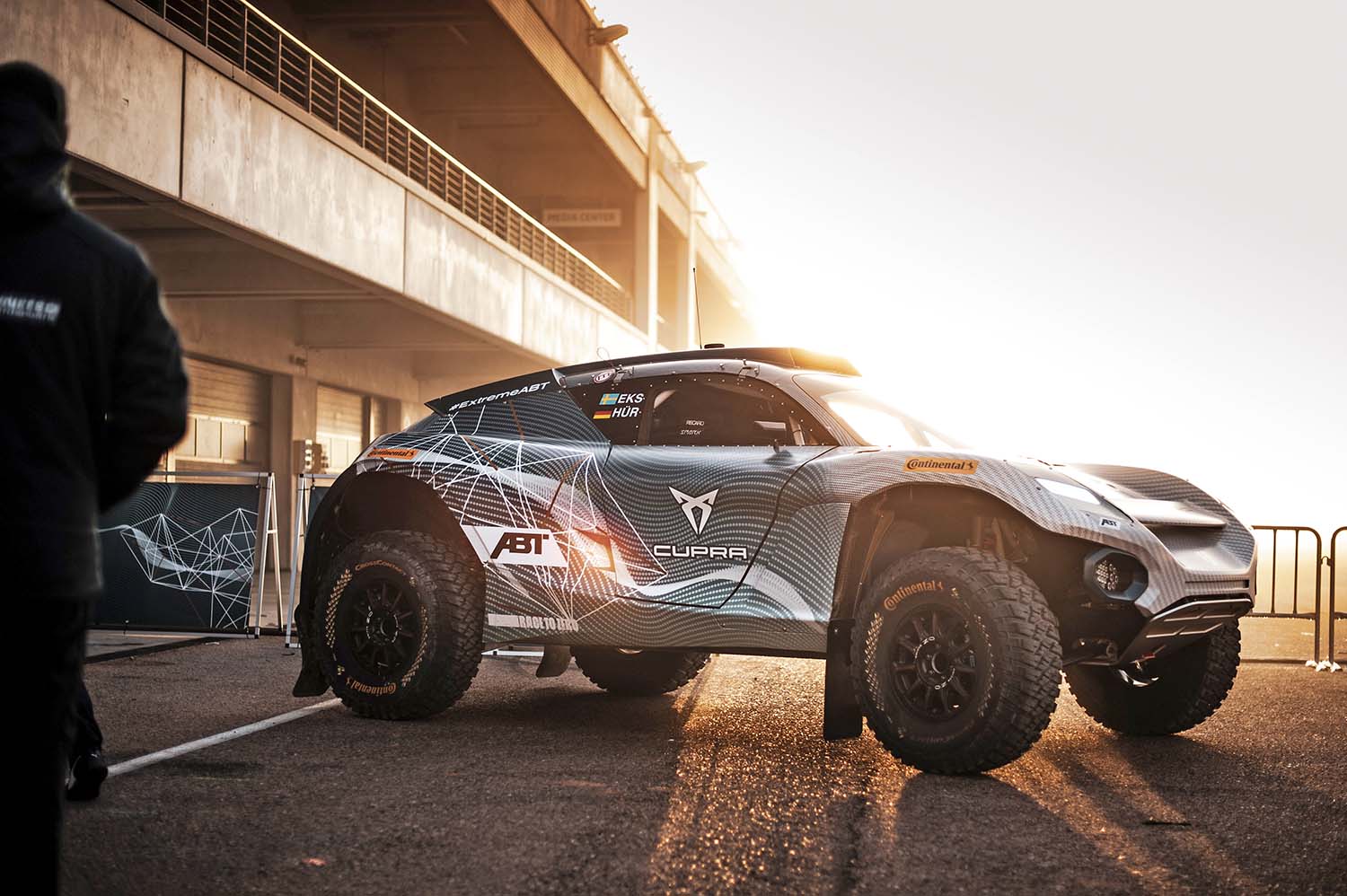