Competitors Arrive In Qatar To Prepare For Weekend’s Desert Baja 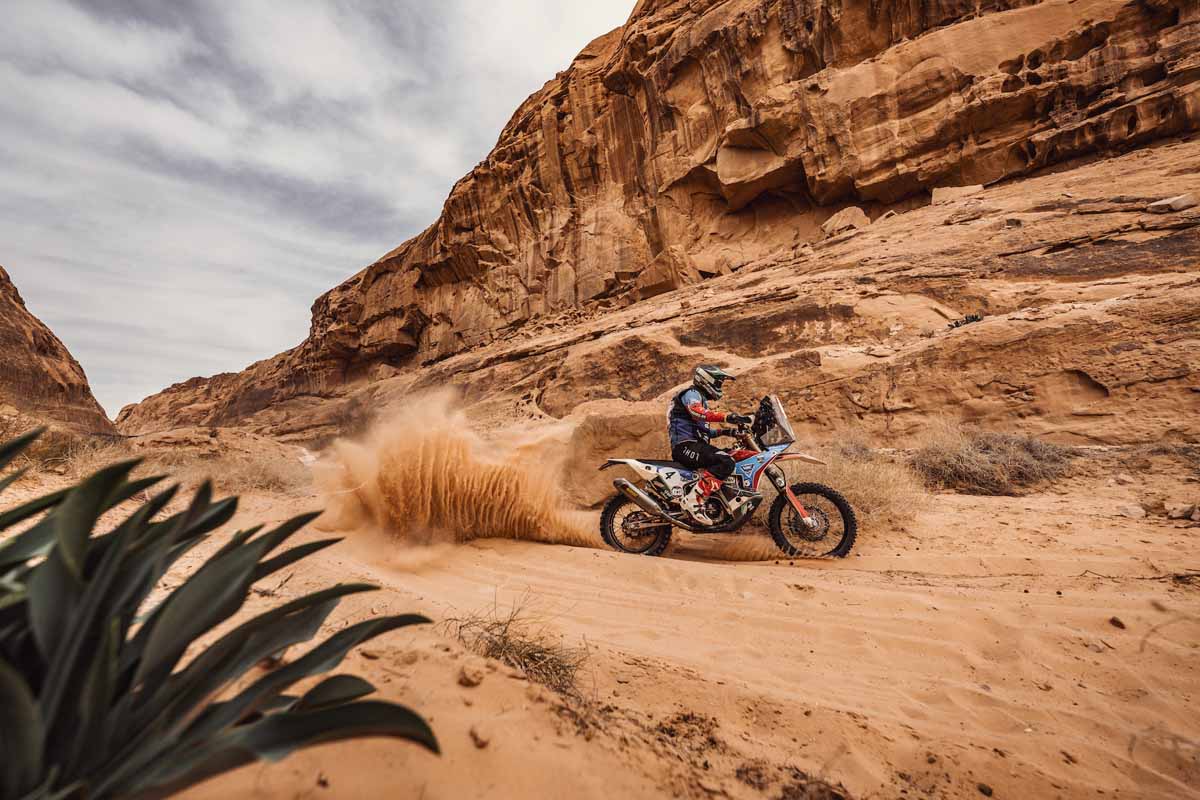 Competitors and officials from several corners of the world are arriving in Doha to make their final preparations for this weekend’s Qatar International Baja, the second round of the FIM Bajas World Cup and round two of the FIA Middle East Cup for Cross-Country Bajas.

After a hectic start to both the FIA and FIM seasons in the Middle East, Qatar will host the last off-road event before the start of the Holy Month of Ramadan at the end of next week. Temperatures continue to climb with the Qatar desert set to see around 34˚C on Thursday before a slightly cooler (27-29˚C), windier and unsettled weather system moves in for the weekend.

Nasser Racing has now confirmed that Frenchman Xavier Panseri will team up with Dani Sordo on the Spaniard’s cross-country rallying debut in the Middle East.

In recent seasons, Panseri has been better known for his off-road rallying exploits with the likes of Sheikh Khalid Al-Qassimi, Bernhard Ten Brinke, Krzysztof Holowczyc and Adam Malysz, but the 51-year-old has a considerable pedigree in Sordo’s asphalt special stage rallying back yard as well. Panseri has vast previous experience in French rallies alongside the likes of Bryan Bouffier, Emmanuel Guigou and Benôit Rousselot, the highlights being outright victories in the 2006 and 2014 Rally of Antibes, the 2011 IRC Rally Monte-Carlo, the 2013 Tour de Corse and numerous other Polish rally wins.

Sordo is yet to start his Hyundai Motorsport campaign with the new hybrid era in the 2022 FIA World Rally Championship and will compete in the southern Gulf region for the first time. With three WRC wins to his name, 51 podiums and 214 stage wins, the 38-year-old Spaniard is the most experienced of the current crop of elite drivers in the WRC. The closest Sordo has come to competing near Qatar, however, was when he secured second and fourth places with Citroën in the Jordanian rounds of the WRC in 2008 and 2010.

Meshari Al-Thefiri was the revelation of last weekend’s Kuwait International Rally until a cruel engine failure robbed him of the outright lead. The Kuwaiti had intended to compete in Qatar at the helm of a Can-Am Maverick X3, but a late withdrawal for this weekend’s event has enabled his regular co-driver Nasser Al-Kuwari to accompany his father Sadoon in a Can-Am entered in the FIA T4 category. The pair have competed together in the past, most notably to finish seventh overall at the 2005 Qatar International Rally, but the 61-year-old has been away from the hot seat for a long time.

Talented Qatari driver Khalid Al-Muhannadi finished third in the SSV category at last year’s Qatar International Baja and won the National event that was held in conjunction with the 2021 round of the MERC. This season he was switched from a Polaris to a Can-Am and will team up with Kiwi biker Nick Lines for the first time as his co-driver.

The Qatar Motor and Motorcycle Federation (QMMF) is also running national status events for both the car and motorcycle categories. 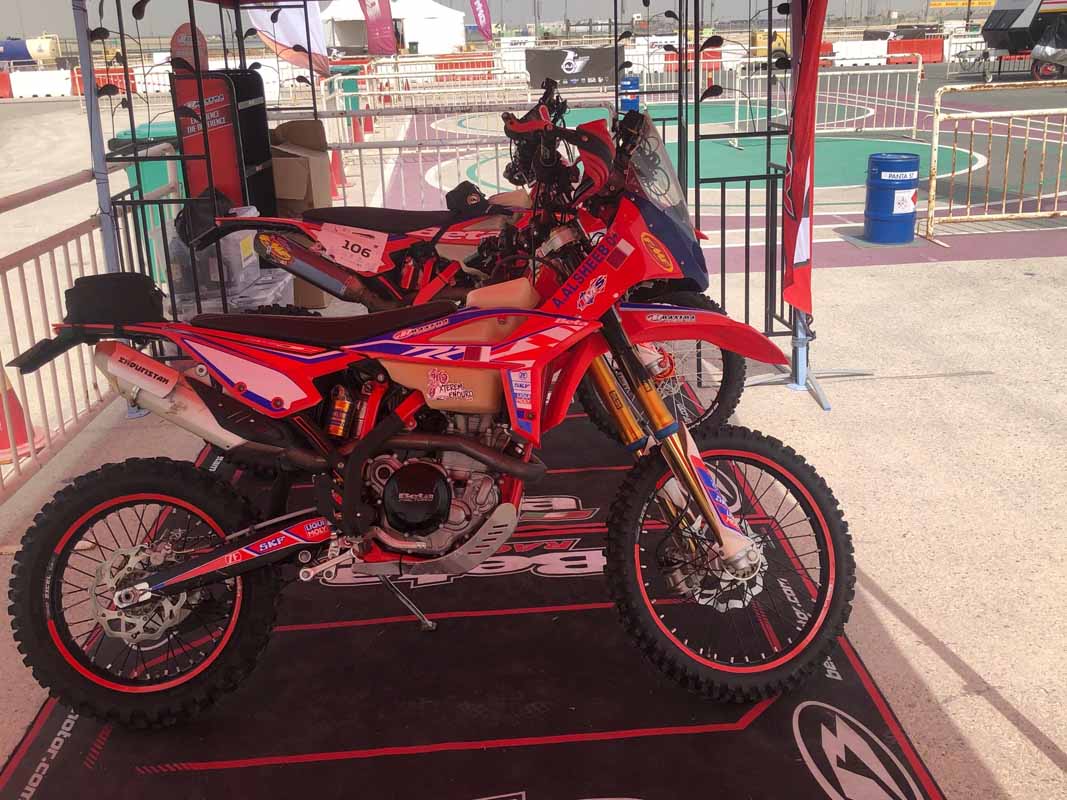 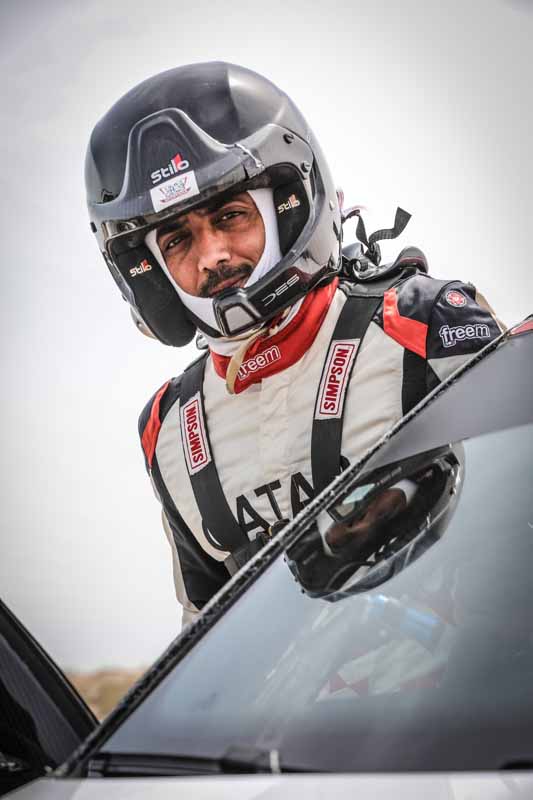