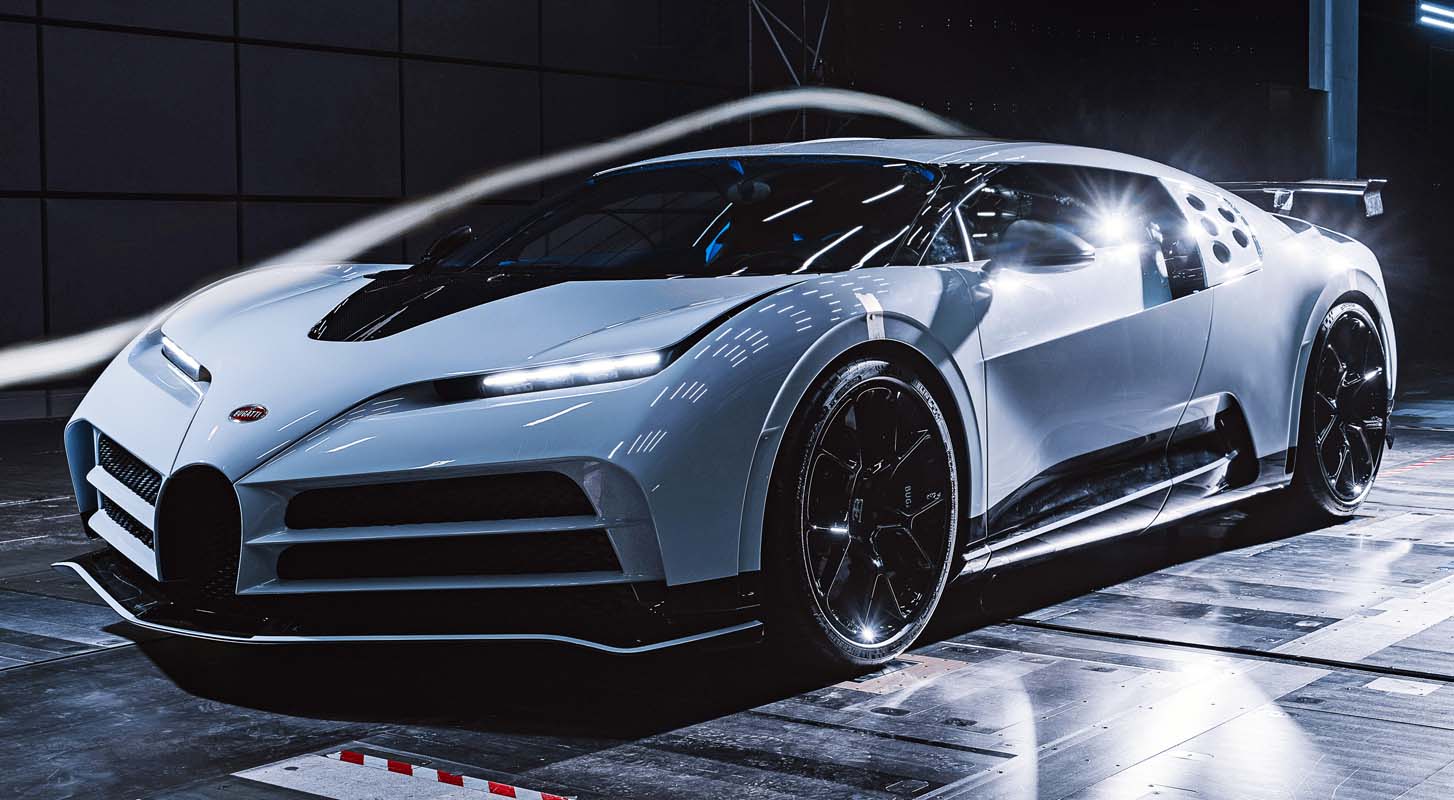 Not even the strongest hurricane comes close to the wind which the Centodieci is subjected to aerodynamic testing in the wind tunnel. It envelops the elegant bodywork at up to 300 km/h before slipping off at the rear. A 9,300 PS engine drives an eight-meter propeller, generating a permanent intensive airflow – powerful enough for an airplane to take off.

But not the Bugatti Centodieci. The prototype of the French luxury manufacturer’s new few-off hyper sports car remains firmly on the ground. Five bands simultaneously simulate high speeds of up to 300 km/h – one under each tire and the fifth under the vehicle floor. “We use this to simulate the airflows under the vehicle and in the wheel wells, and then precisely tune the Centodieci,” explains André Kullig, Technical Project Manager for one and few-off projects at Bugatti.

The driveshafts are dismantled ahead of testing in order to prevent the external drive of the wheels from transferring any forces into the vehicle. The vehicle is then fixed with nothing but four small pins in the underbody and its height is varied according to the testing plan.

Independently of the number of units, every new Bugatti model goes through the complete development process, be it a one-off like the La Voiture Noire or the limited run of ten Centodieci vehicles – both with tailored bodyworks. “It makes no difference to us engineers whether we are developing a hyper sports car for one, ten or 500 units – the effort is the same, as we have and want to meet, even exceed the quality and safety standards applicable to mass production,” explains André Kullig.

The flat front construction with the smaller horseshoe shape means the wind flows around the vehicle differently than it does around a Chiron or Divo. With a hyper sports car that drives at well above 350 km/h, the aerodynamics and downthrust have to be one hundred percent right. The particular challenge lies in achieving the target value pre-calculated by the developers. Following computer simulation and the first prototype rollout, additional wind tunnel tests are performed before a vehicle undergoes high-speed testing on test tracks and proving grounds.

With the prototype in the wind tunnel, the developers make slight changes in the invisible range to edge closer to the desired values. The front diffuser flaps can be adjusted by minute angles for this, and the rear wing, which will ultimately be in a fixed position, can likewise be modified by just a few degrees.

“Even once we have identified the ideal settings, we continue to try others in order to see how the Centodieci responds,” says André Kullig.

In the wind tunnel tests, Bugatti’s engineers check the airflow on and around the Centodieci at a variety of speeds. Starting at 140 km/h, they use a standard setup to determine a benchmark figure for comparison with other Bugatti hyper sports cars. They then run various tests up to the test bench’s maximum speed.

“What’s important are the data for downthrust at the front and rear axles. These have to be perfect because they are crucial to the vehicle’s handling at high speeds,” explains André Kullig. The aim is handling that’s as balanced as possible at all speeds from 0 to over 300 km/h.

The temperature of the 8.0-liter W16 engine with 1,600 PS also very much depends on the side airflow, as this is how the engine and gearbox oil coolers are supplied with air. Using special fog images, the engineers also check the high-performance system’s brake cooling in the wind tunnel.

In further tests, the wind hits the bodywork at various sideways angles to simulate the vehicle’s handling when taking corners quickly with shifting loads. “No matter what speed and what driving situation, the Centodieci is sportily neutral and can be managed at all times in spite of its immense power,” says André Kullig. The engineers will clock up many more kilometers on the test tracks and proving grounds over the next few weeks to select the definitive setup.

Bugatti presented the Centodieci within its successful new coachbuilding program in summer 2019. The Centodieci quotes automotive history: it is an homage to the legendary EB 110, with which Romano Artioli revived the Bugatti brand some 30 years ago. The EB 110 became the super sports car of the 1990s. Everything about it was new, from the breathtaking design to its exclusive technology: a carbon monocoque, V12 mid-mounted engine with 550 PS, four turbochargers, and all-wheel drive push it to top speeds of more than 350 km/h – a feat which was unattainable by other sports cars of that time.

With the EB 110 and factory in Campogalliano, the passionate Bugatti fan, Romano Artioli, was way ahead of his time. He knew how to take Ettore Bugatti’s ideas of technology, design, branding, and production standards to an entirely new level. Only 96 EB 110 GTs and 32 EB 110 Super Sports were produced up to 1995.

The Centodieci is limited to ten vehicles, all of which were sold out within a matter of hours at a net unit price of eight million euros. Delivery of the highly exclusive and handcrafted few-off model will begin next year. 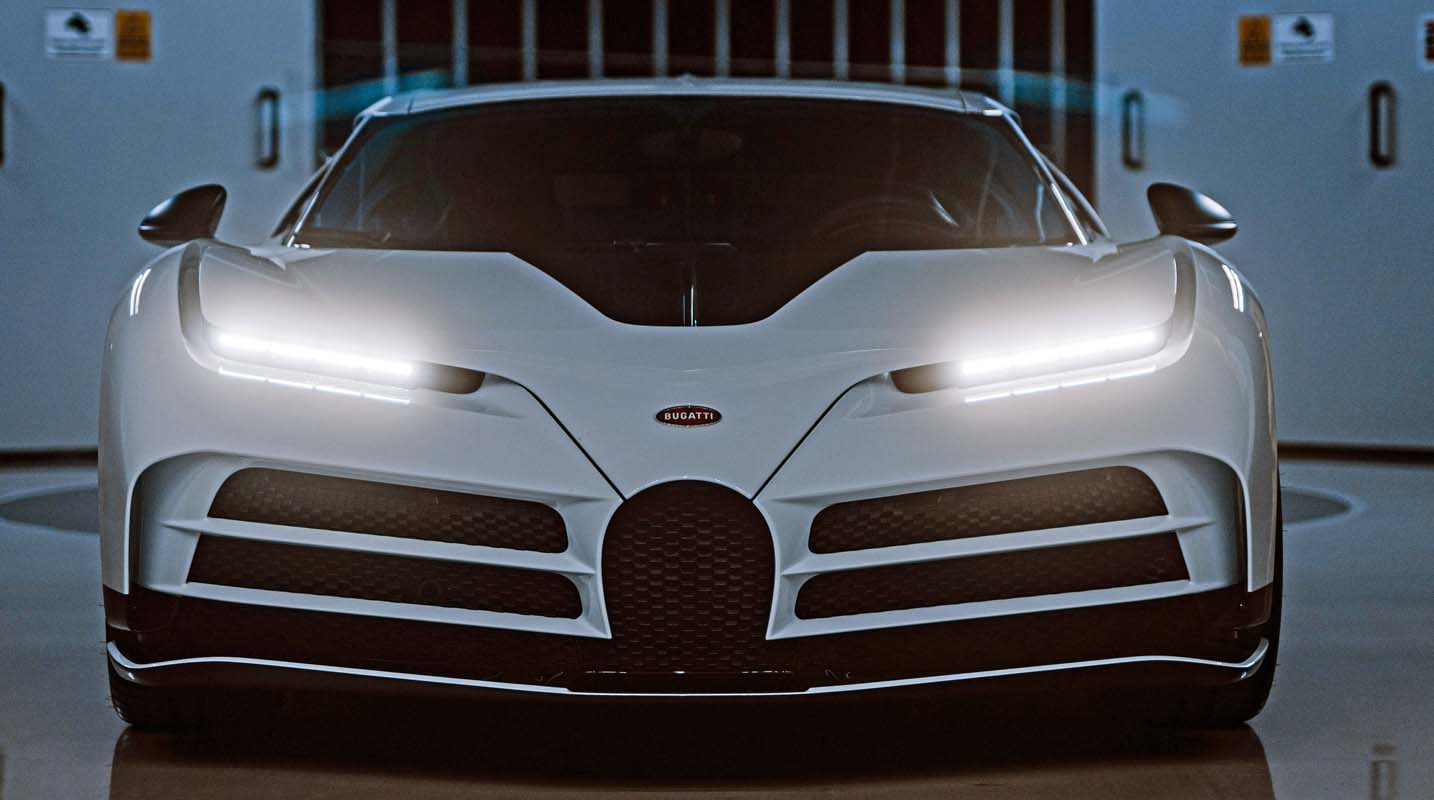 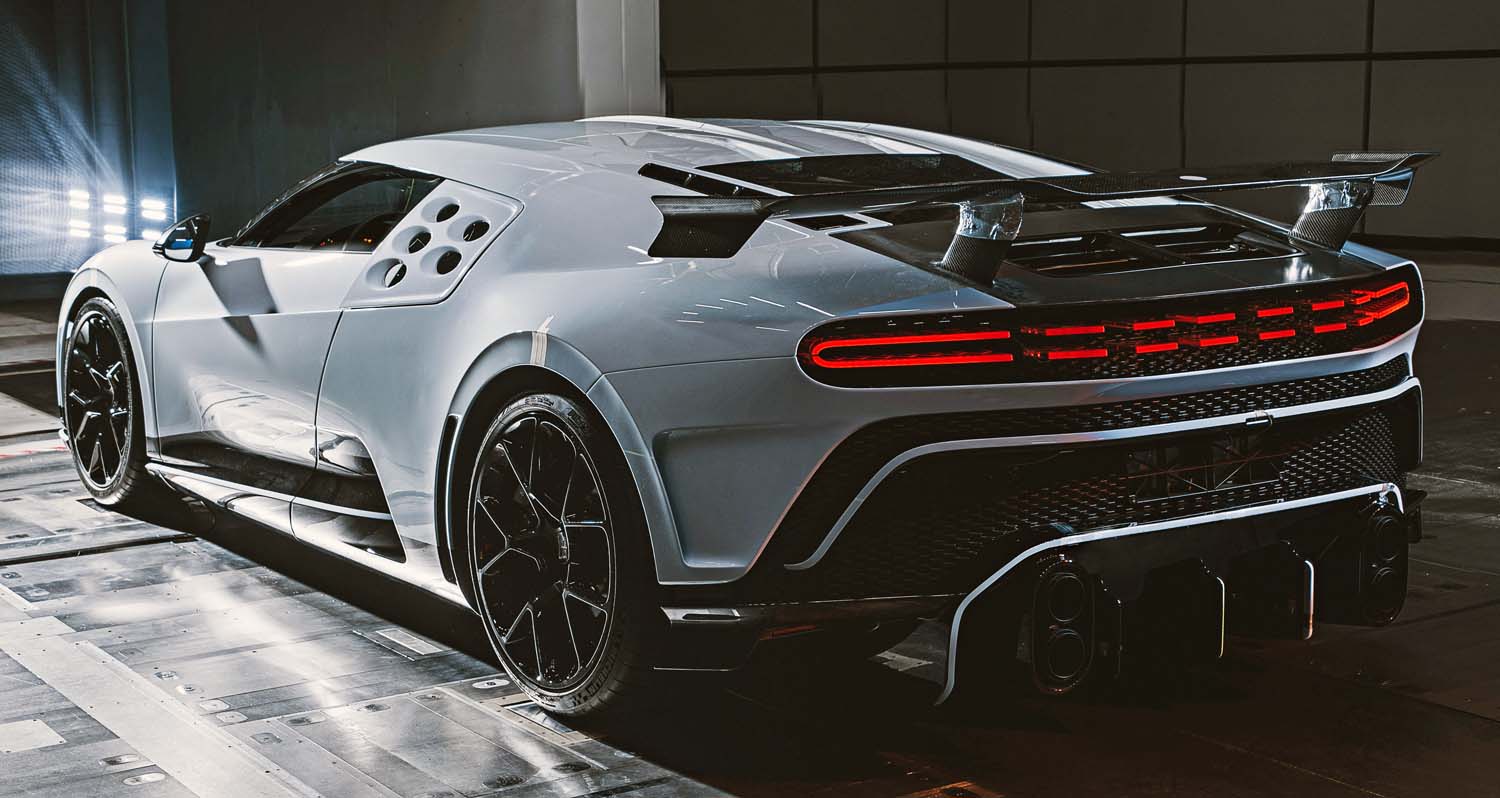 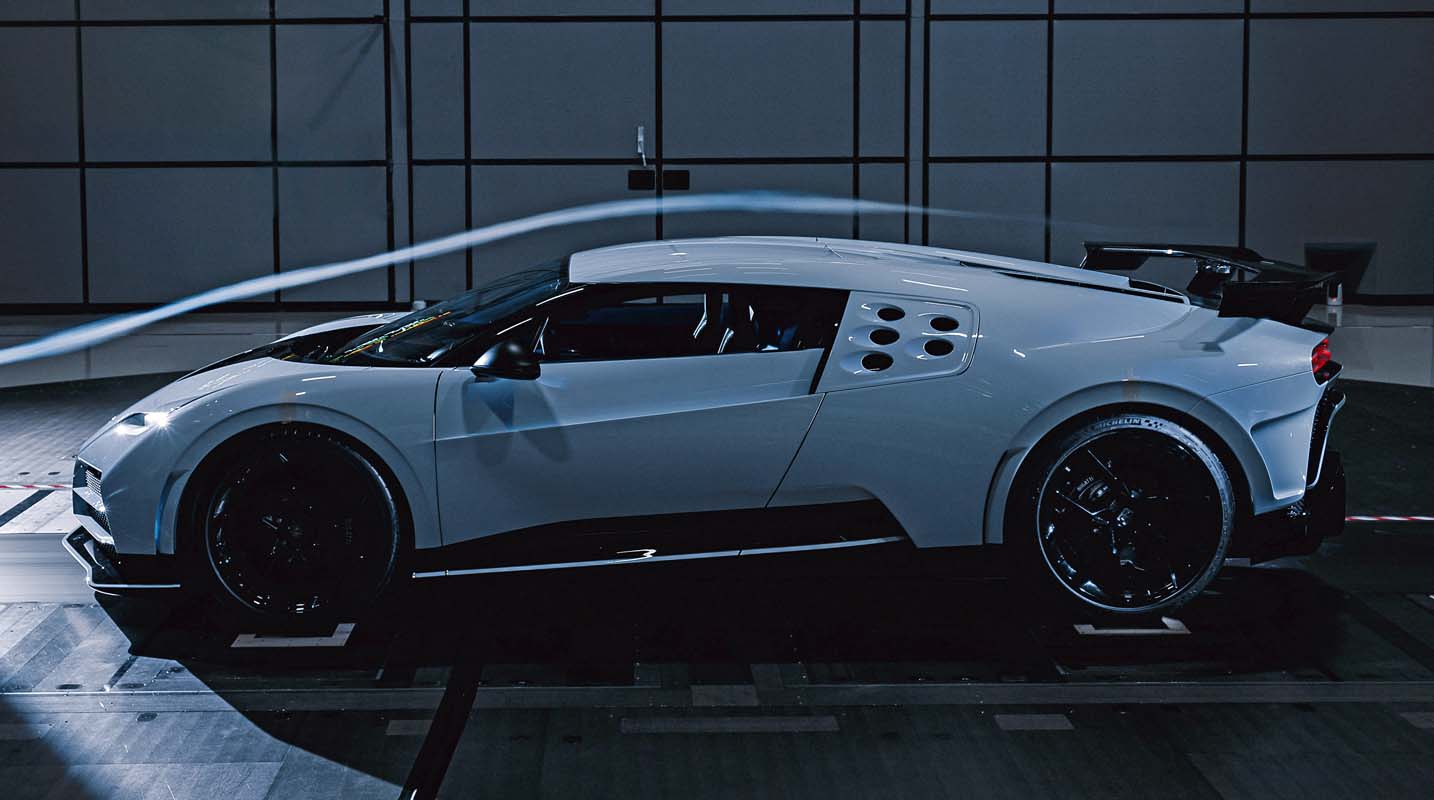 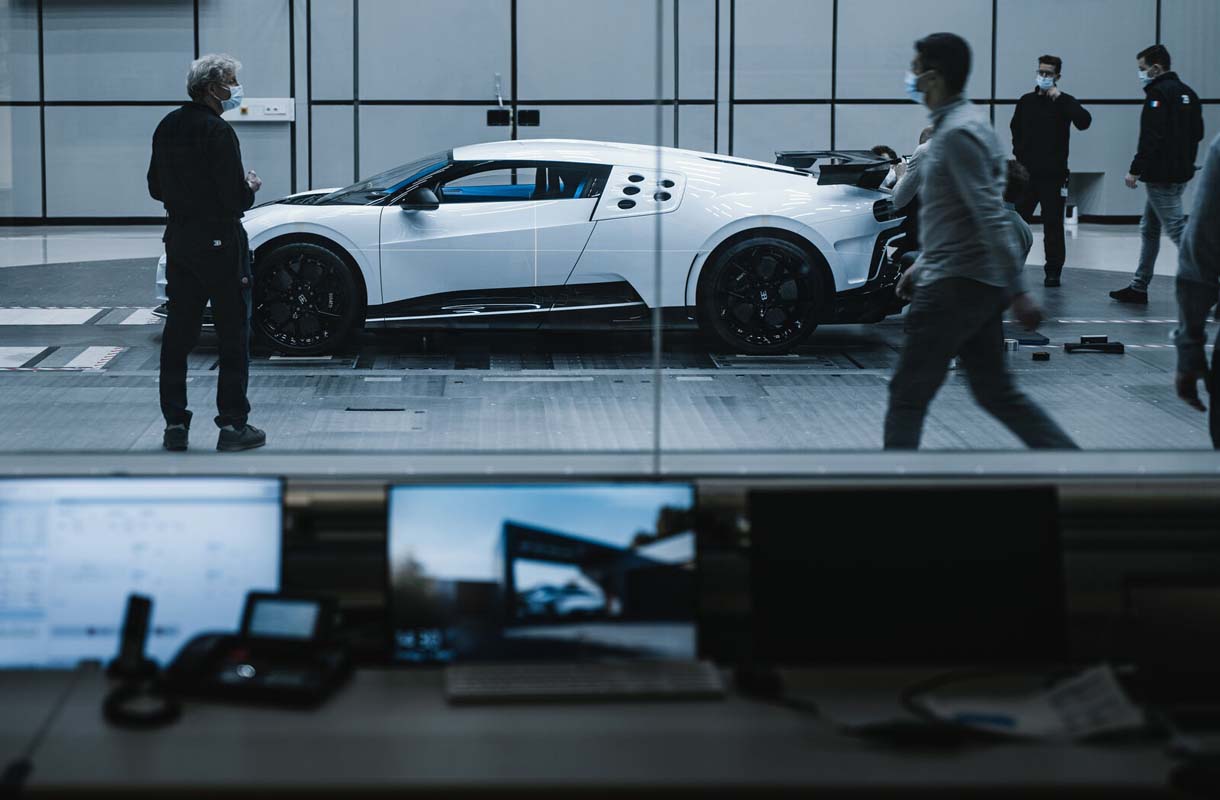 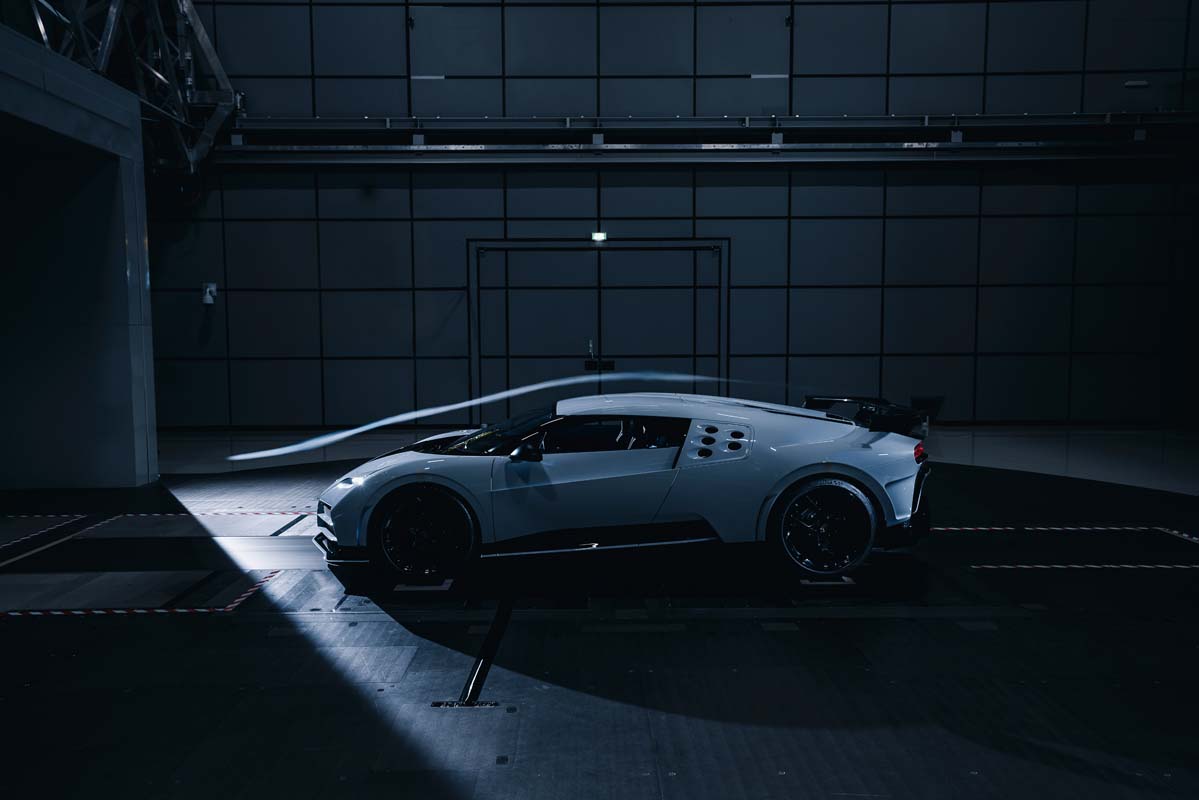 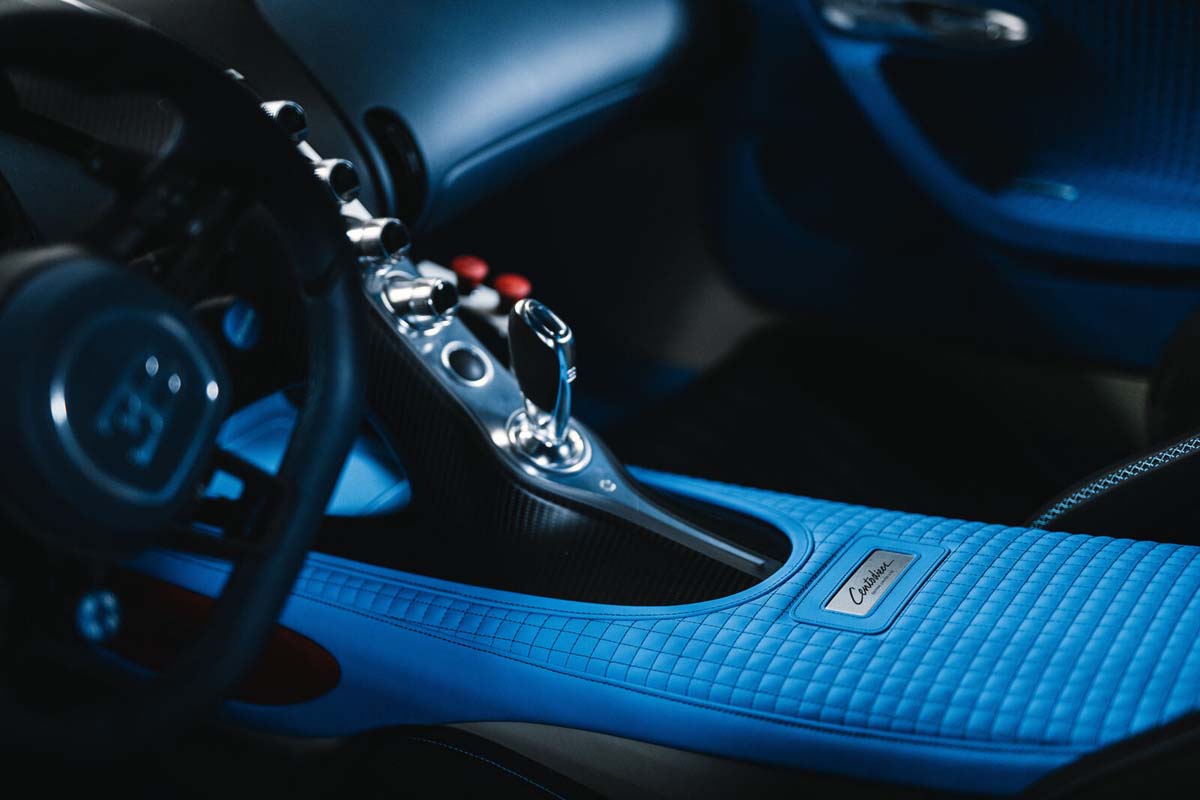 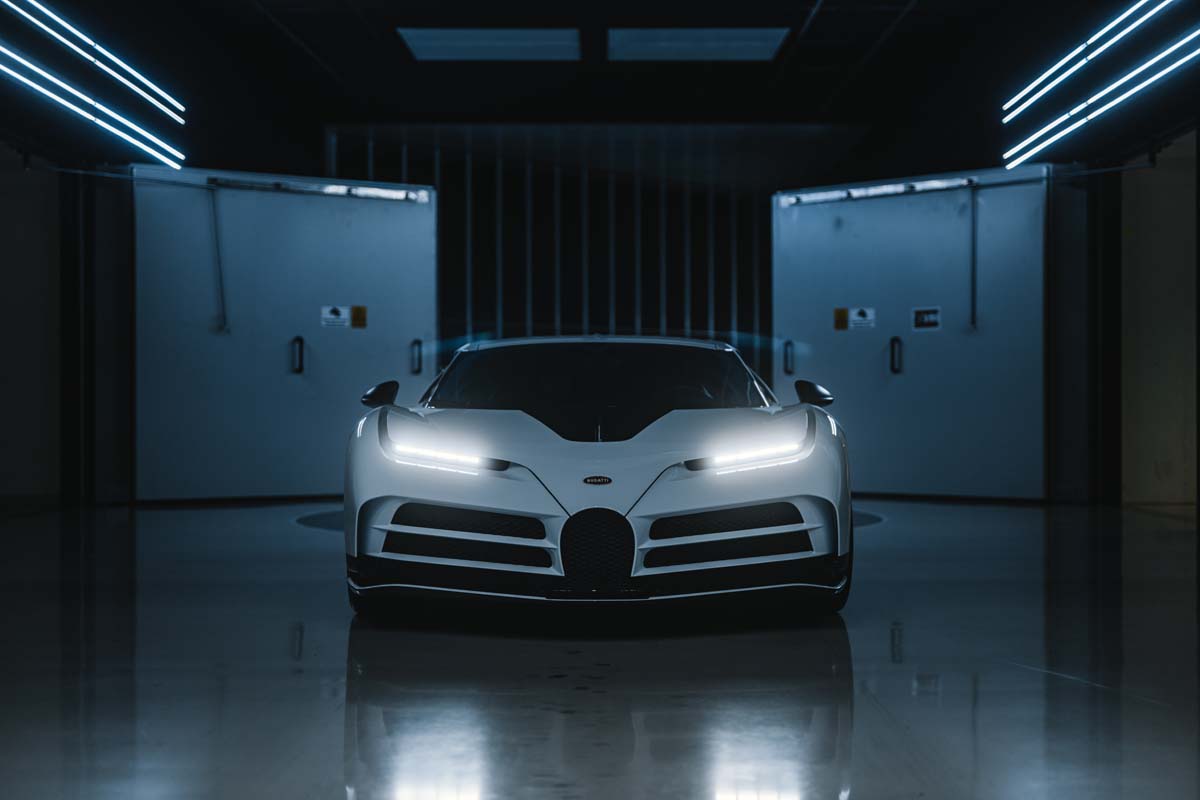 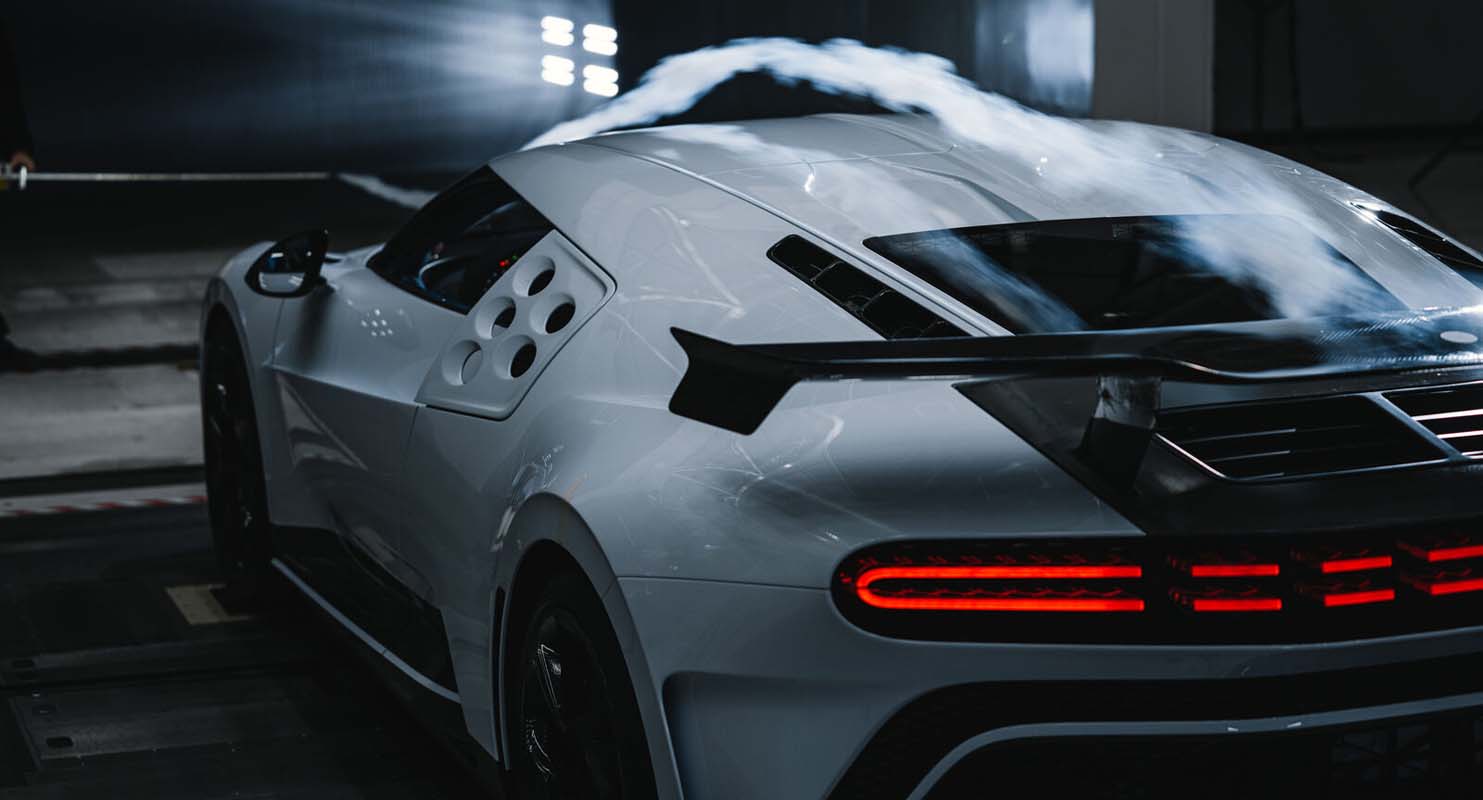 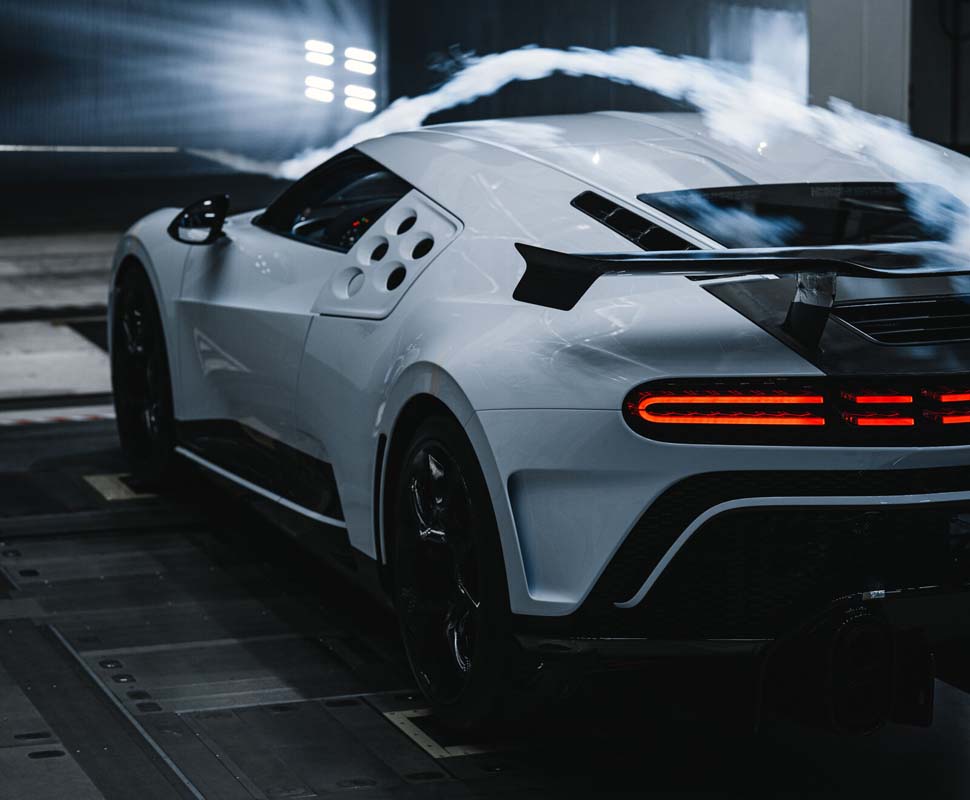 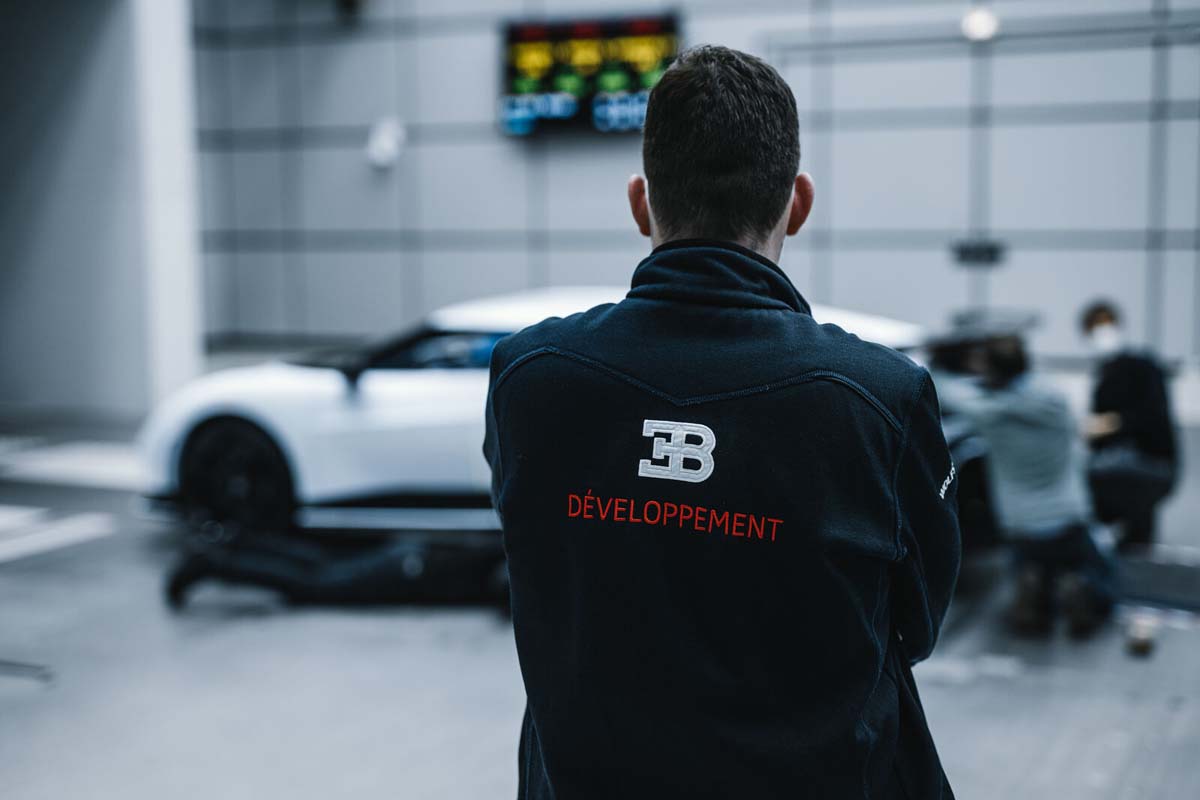 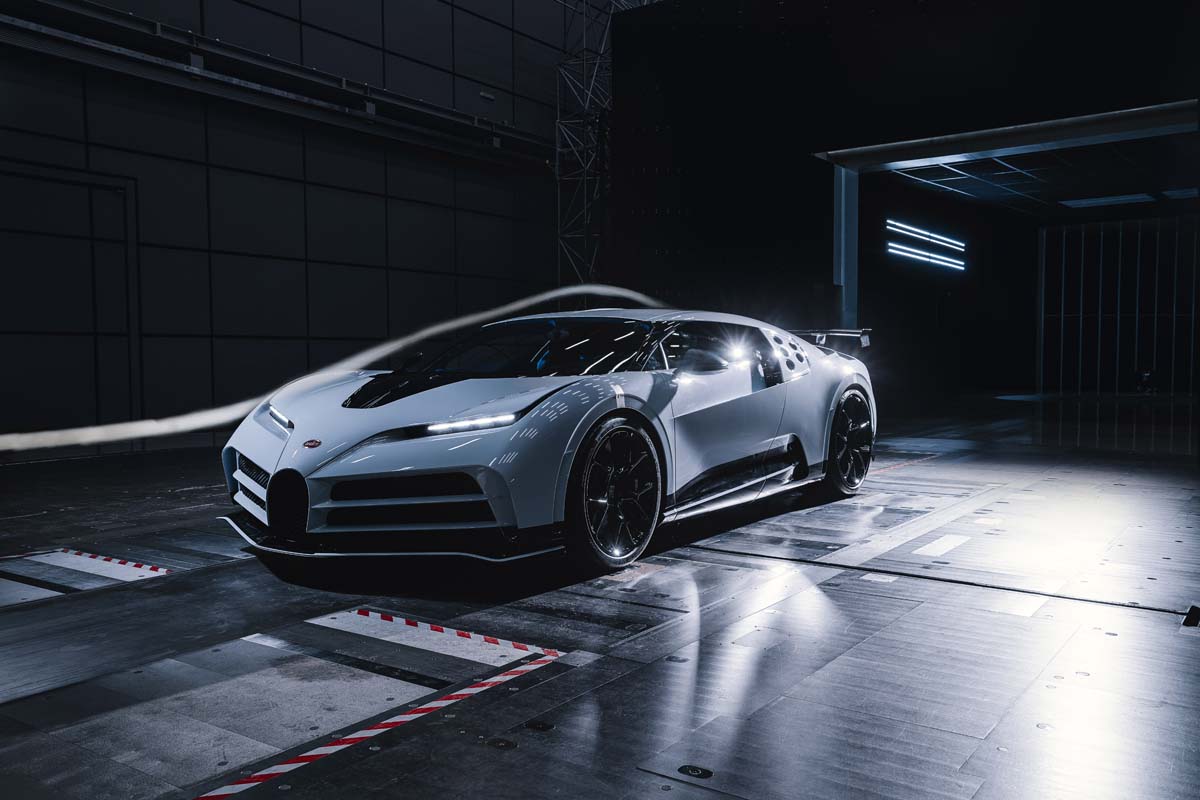 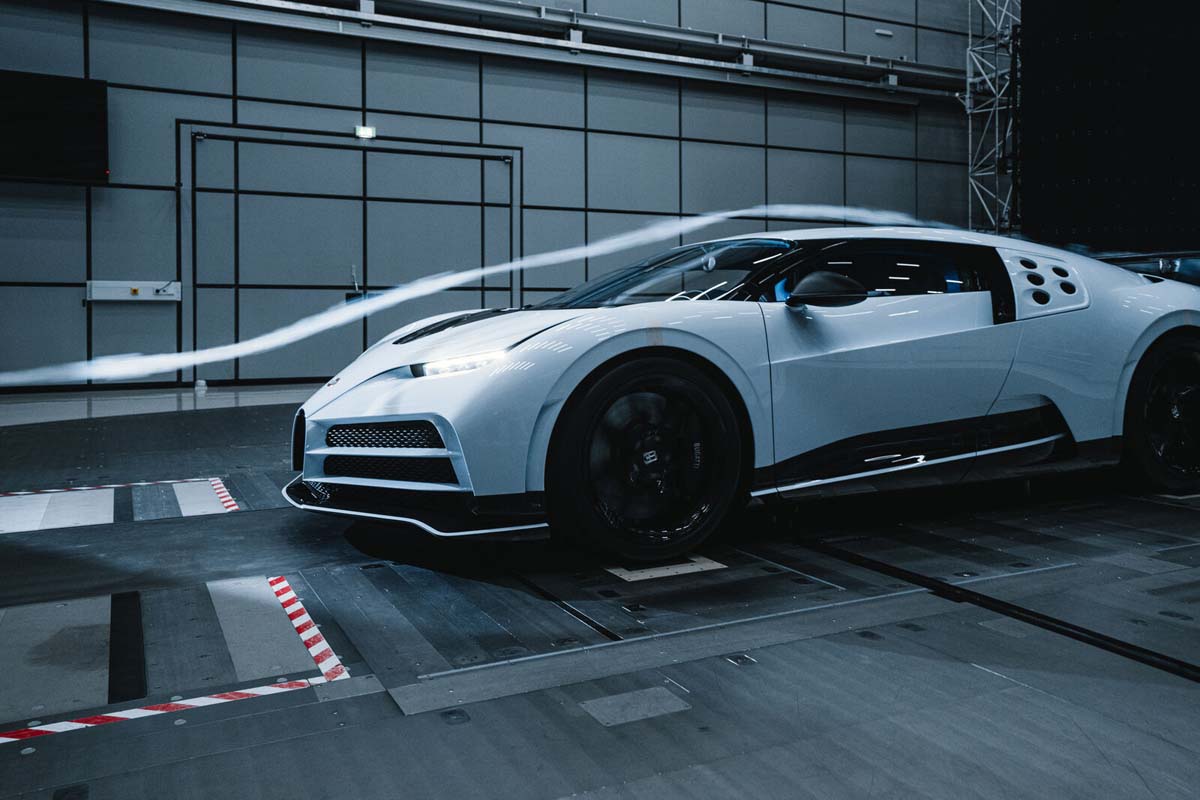 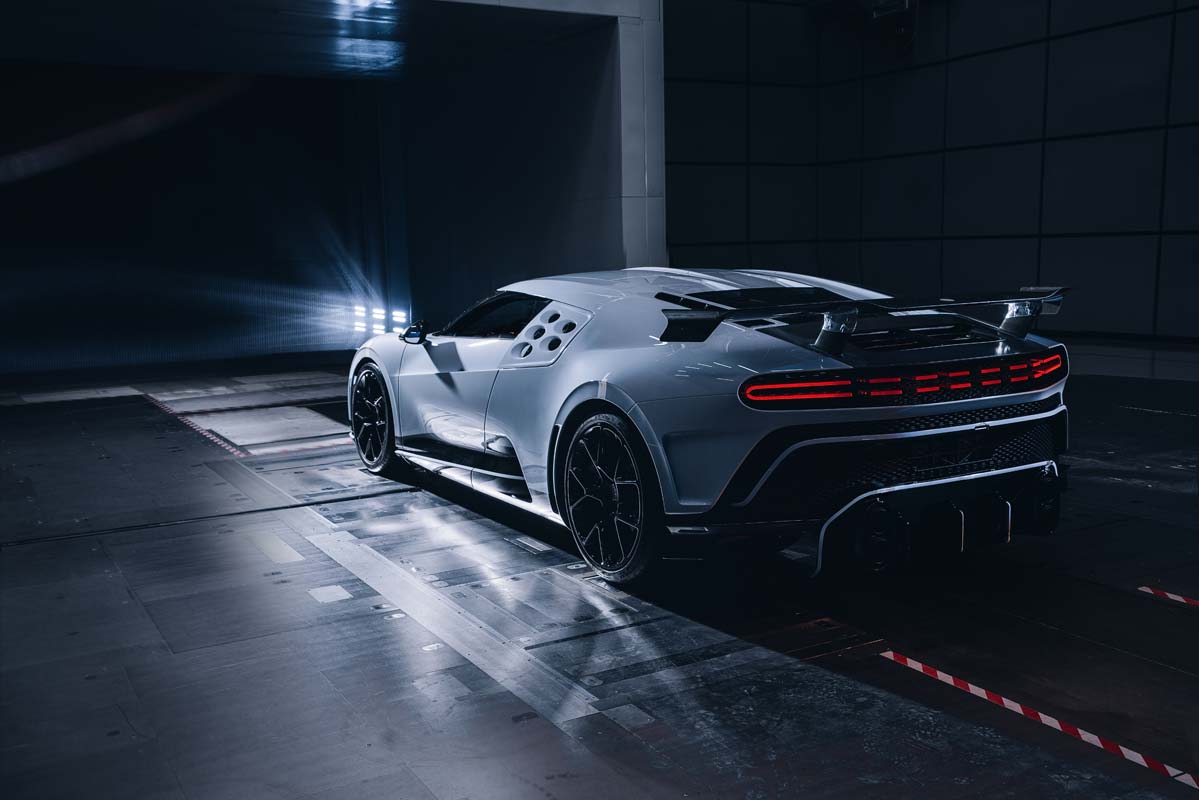