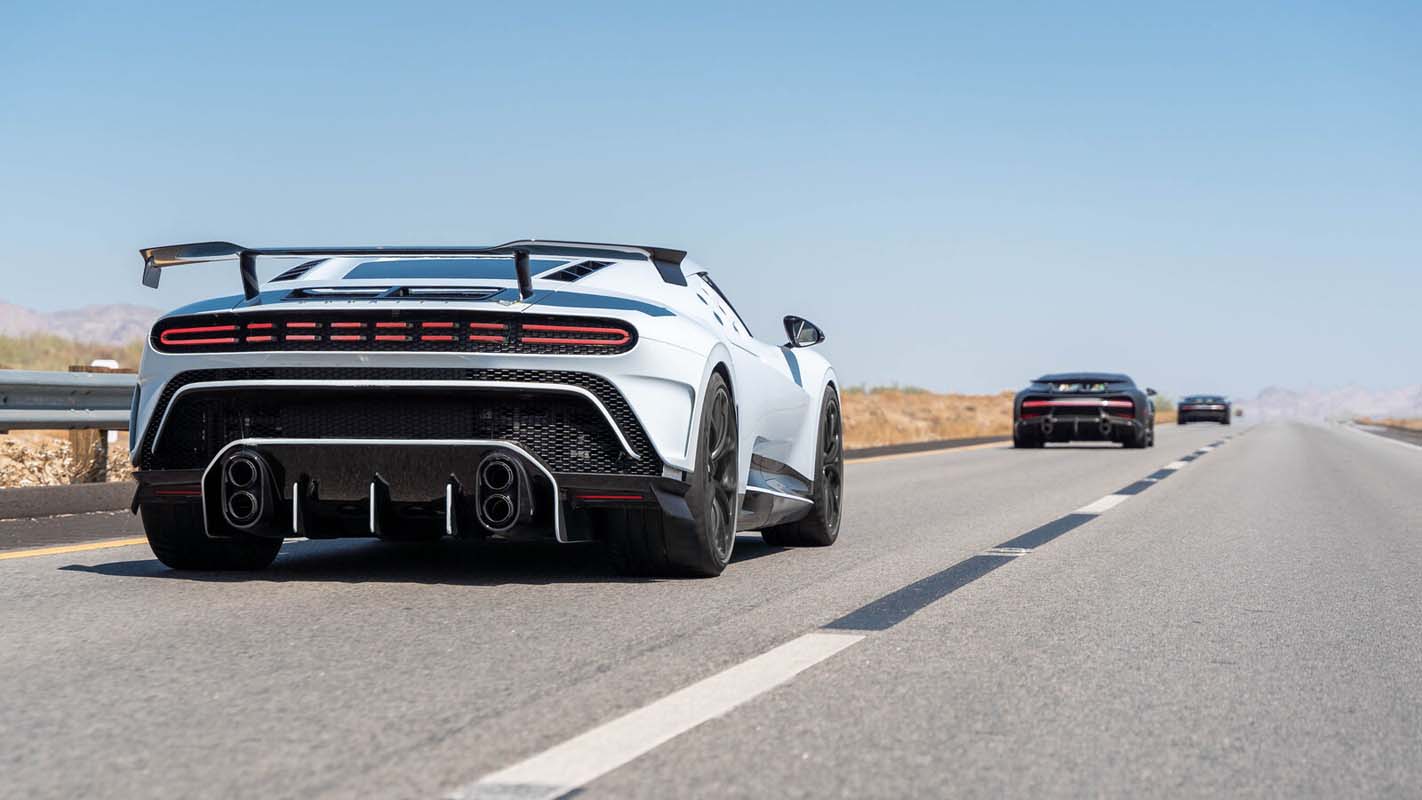 The air simmers above the asphalt, making the road appear to shimmer. Geckos warm themselves on rocks and twitch their heads only momentarily as a convoy of Bugatti hyper sports cars surges past on State Route 1. During the of summer, engineers from Wolfsburg are spending three weeks in the USA, testing numerous models in extreme weather conditions. The car leading the convoy is a prototype of the exclusive Bugatti Centodieci1, of which just ten vehicles will be hand-built at Bugatti’s Atelier in Molsheim, with delivery to customers commencing next year.

In addition to cold-climate testing, high-speed and endurance drives, one of the most important development elements of every Bugatti model is hot-climate testing. On the USA test, Bugatti has dedicated a 27-strong engineering team to this critical stage, and each member has a key role to play during the exhaustive testing program.

In the deserts of the USA, temperatures can on occasion exceed 50°C, creating an extremely hostile environment for both humans and machines. But it is an environment that gives Bugatti’s engineers a crucial advantage. “Testing in the hot, dry desert is a huge help for us in the development process. All Bugatti models have to function perfectly no matter how high the temperature, including the few-of Centodieci. Even if we are only creating ten cars, as with the Centodieci, the testing procedure is just as grueling. Every model has to run flawlessly in all weather and in all traffic conditions,” explains Stefan Schmidt, an engineer in Overall Vehicle Development at Bugatti.

Departing from California, the convoy drives 800 kilometers (500 miles) to Arizona, travelling along the Central Pacific Highway by the Pacific Ocean and passing through San Diego. In total, there are eight hyper sports cars from Molsheim on the road– the Bugatti Centodieci is followed by three Chiron Pur Sports2 and four Chiron Super Sports3. With the exception of the white Centodieci, matte black film protects the bodywork of the extraordinary and exclusive fleet of vehicles. 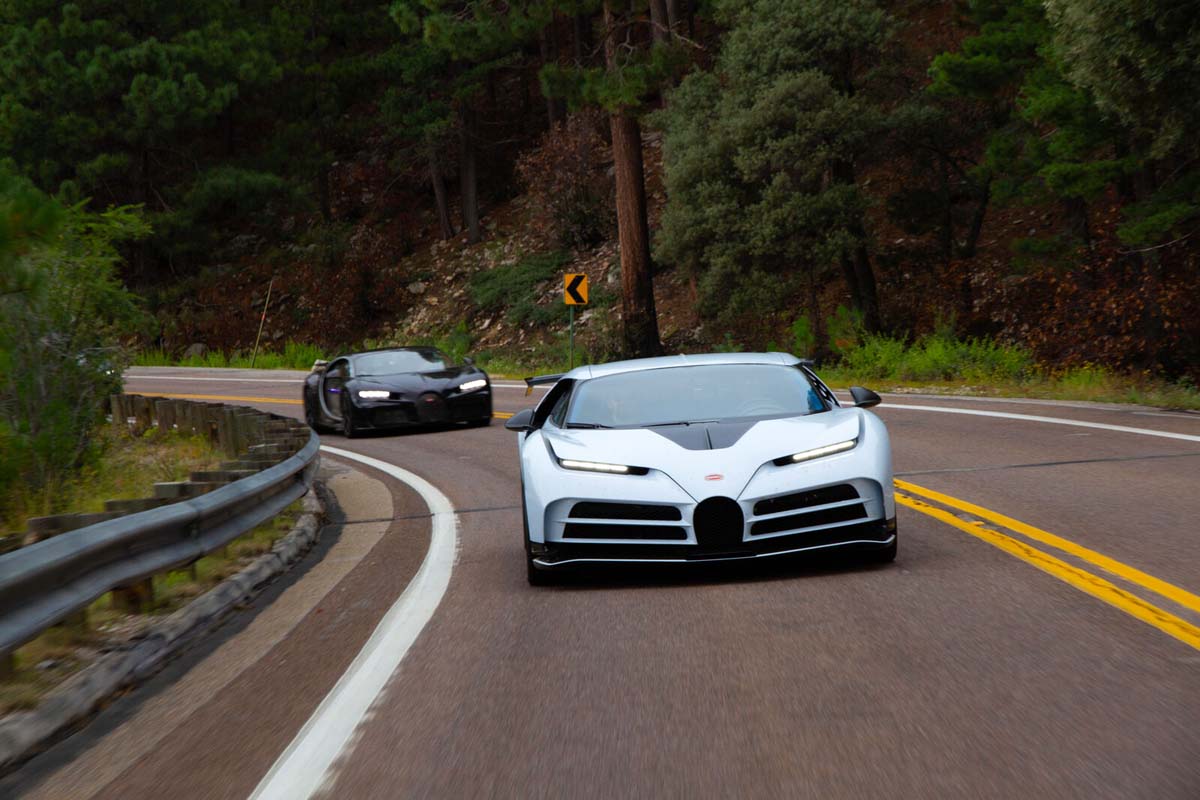 Altitudes of up to 2,800 meters and ambient temperatures as high as 45 degrees Celsius

Rapid ascents up Mount Lemon to the north of Tucson, Arizona, take the Bugatti fleet to an altitude of almost 2,800 meters. Along with the rest of the cars, the engineers relentlessly expose the Centodieci to a demanding test program. It’s pummeled by rough roads, subjected to low-speed stop-start traffic, left standing in the blazing sun with the air conditioning on full blast and driven at 320km/h (198mph) on a closed road environment.

At every stage, the Bugatti engineers check key systems such as the electrics, telemetrics, radio frequencies, air conditioning, and fueling processes again and again. The Centodieci, like all the cars, is fitted with 200 sensors, which feed data to the engineers on site and the development team back at Wolfsburg.

“During hot-climate testing, we focus specifically on the chassis, engine, transmission, thermal management, and electrics as well as on the vehicle as a whole,” reveals Pierre Rommelfanger, Head of Overall Vehicle Development at Bugatti. The team check interior components and body parts for thermal expansion, look, and feel, leaving no detail unchecked, no matter how small.

Unique attributes of the Centodieci proven in extreme conditions

Due to its many unique attributes, the Centodieci is subject to an even higher level of engineering scrutiny. Powered by a potent 8.0-liter W16 engine producing 1,176 kW/1,600 PS at 7,000 rpm, the Centodieci features an additional air intake near the oil cooler, which regulates the engine temperature.

“The Centodieci’s newly developed bodywork, airflow changes, and its engine bay cover manufactured from glass mean the temperature behavior is quite different, especially in such extreme, 45°C plus heat conditions,” explains André Kullig,Technical Project Manager for few-of projects at Bugatti. On the drive, the engineers compare the latest findings with simulation models and data from previous tests such as high-speed drives at the Nardó proving ground in Italy.

“This hot weather endurance test is fundamental for us as it is the only way we can ensure that the Centodieci, like every Bugatti model, offers a flawless, reliable, and safe drive in extreme heat, too – even though our customers may never subject their cars to such extreme conditions. The new tests prove that our existing setup for the Centodieci works optimally for hours on end even in extreme heat,” says a delighted André Kullig.

The exclusive convoy attracts attention at every fuel station and every parking lot. People flock around the vehicles, taking photos and asking questions. One elderly lady is so smitten with the cars that she immediately invites the Bugatti crew on a drive with the local automobile club. “The positive reactions tell us that people’s enthusiasm for the Centodieci and the Chiron1 models isn’t waning. It really puts a spring in our step while we work,” smiles Stefan Schmidt.

Having successfully completed hot weather testing, Bugatti’s engineers will now take the Centodieci on its final high-speed drives and endurance tests over a distance of 30,000 kilometers (186,000 miles) in Europe. Only once those have been completed and the car signed-off by the development team, will production of the ten Centodieci models commence in Molsheim, France. 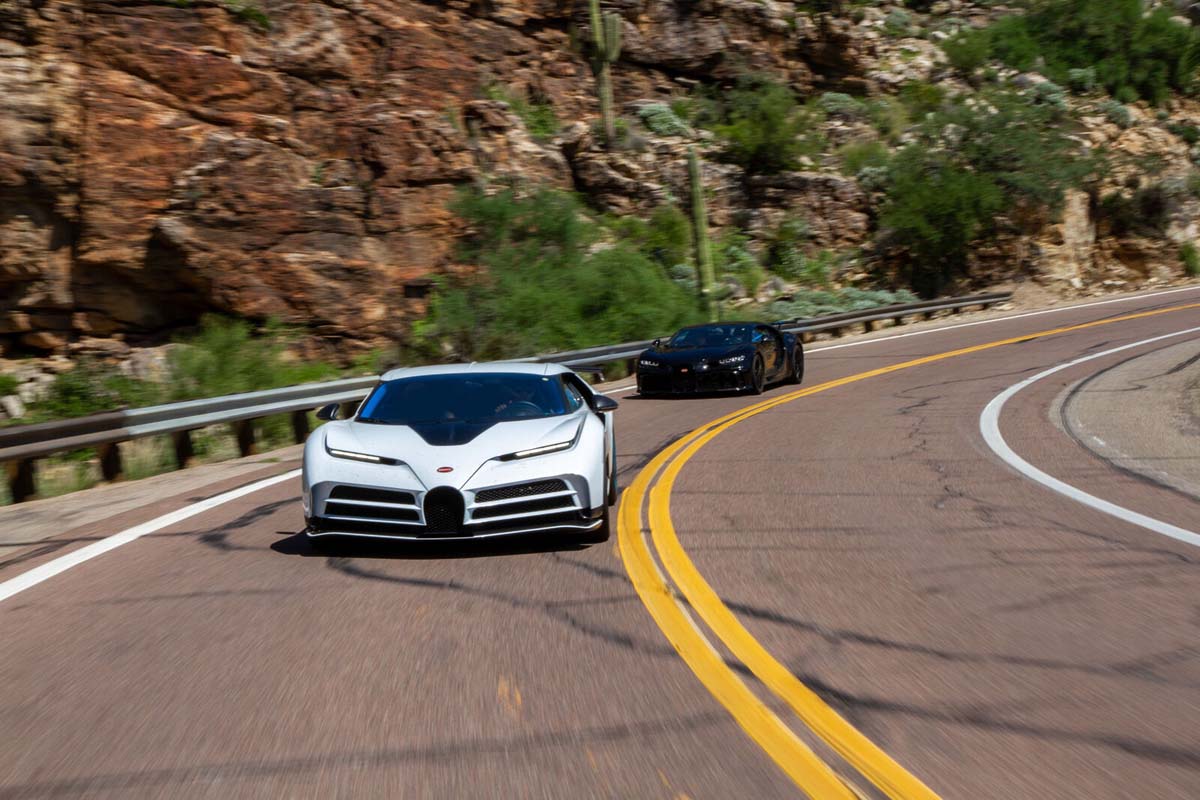 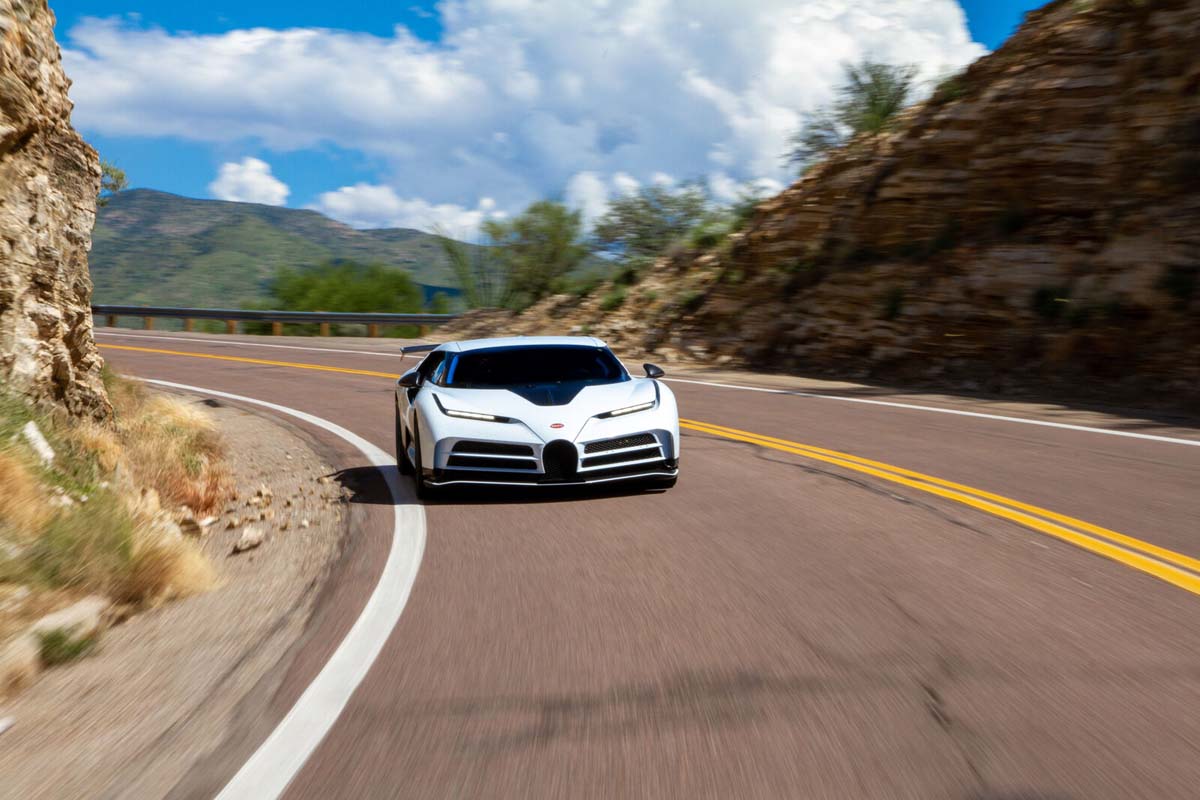 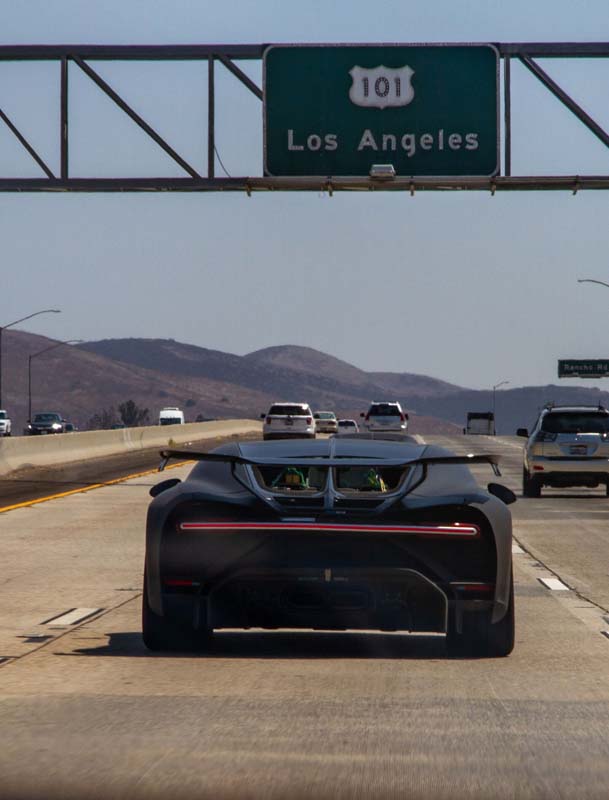 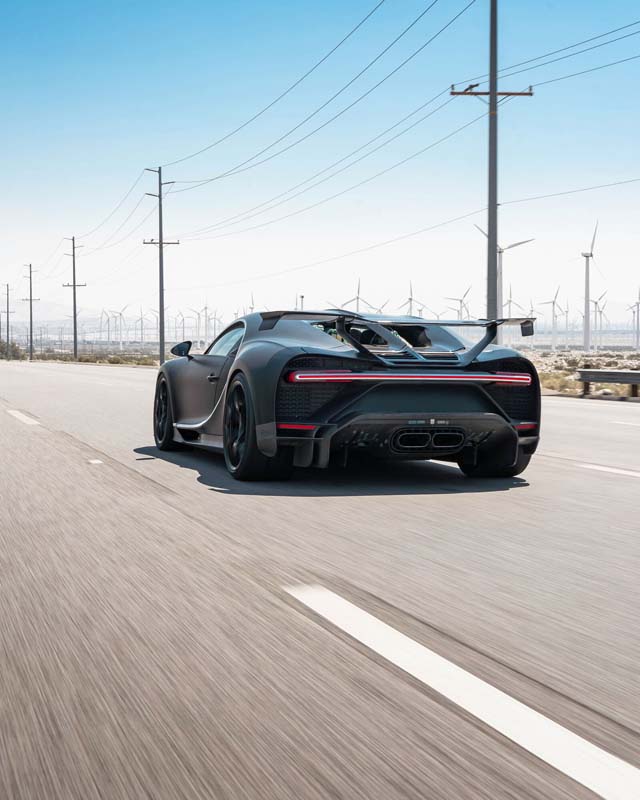 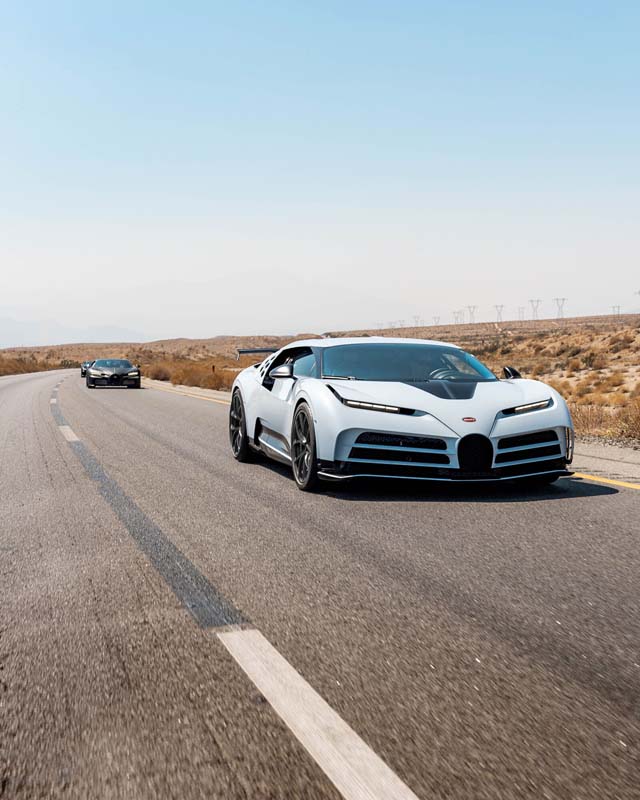 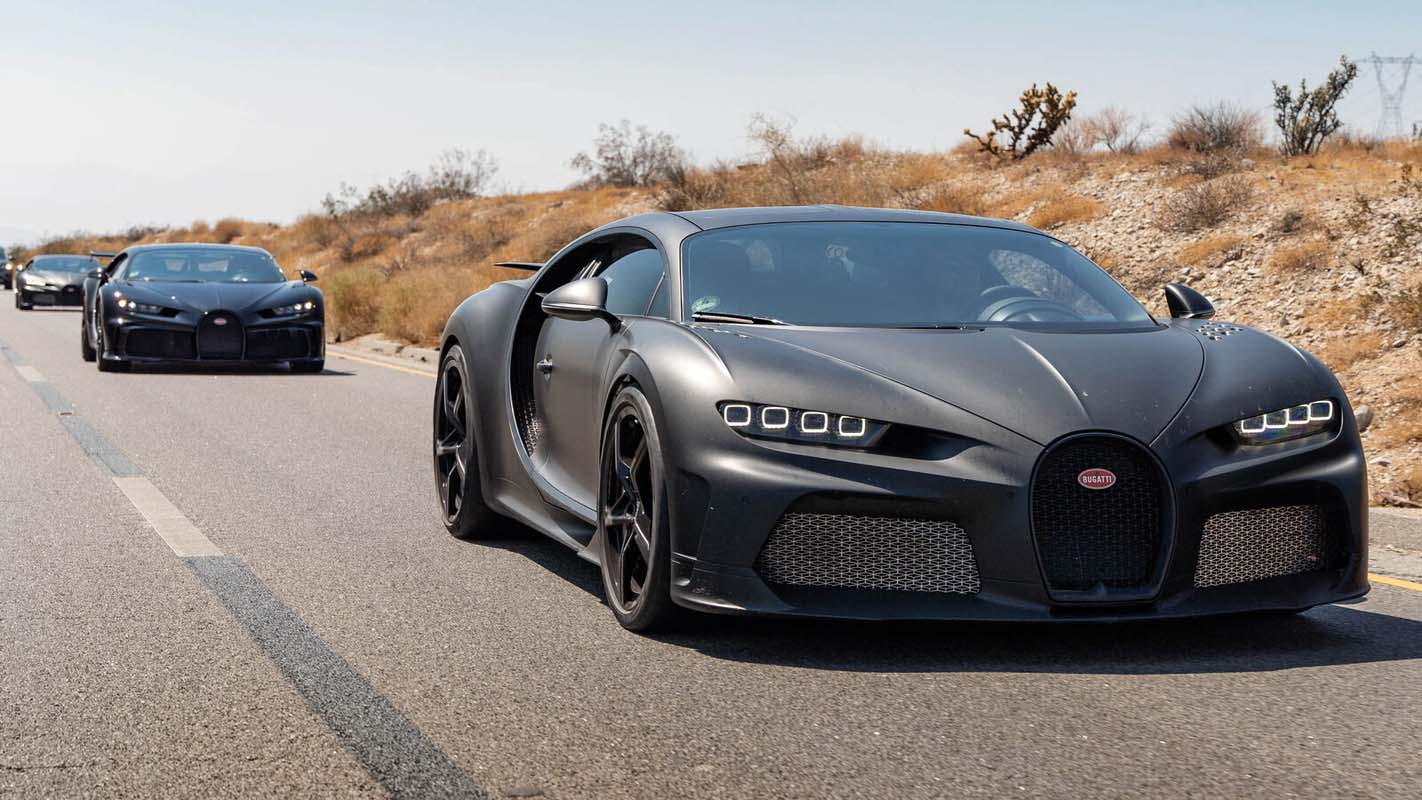 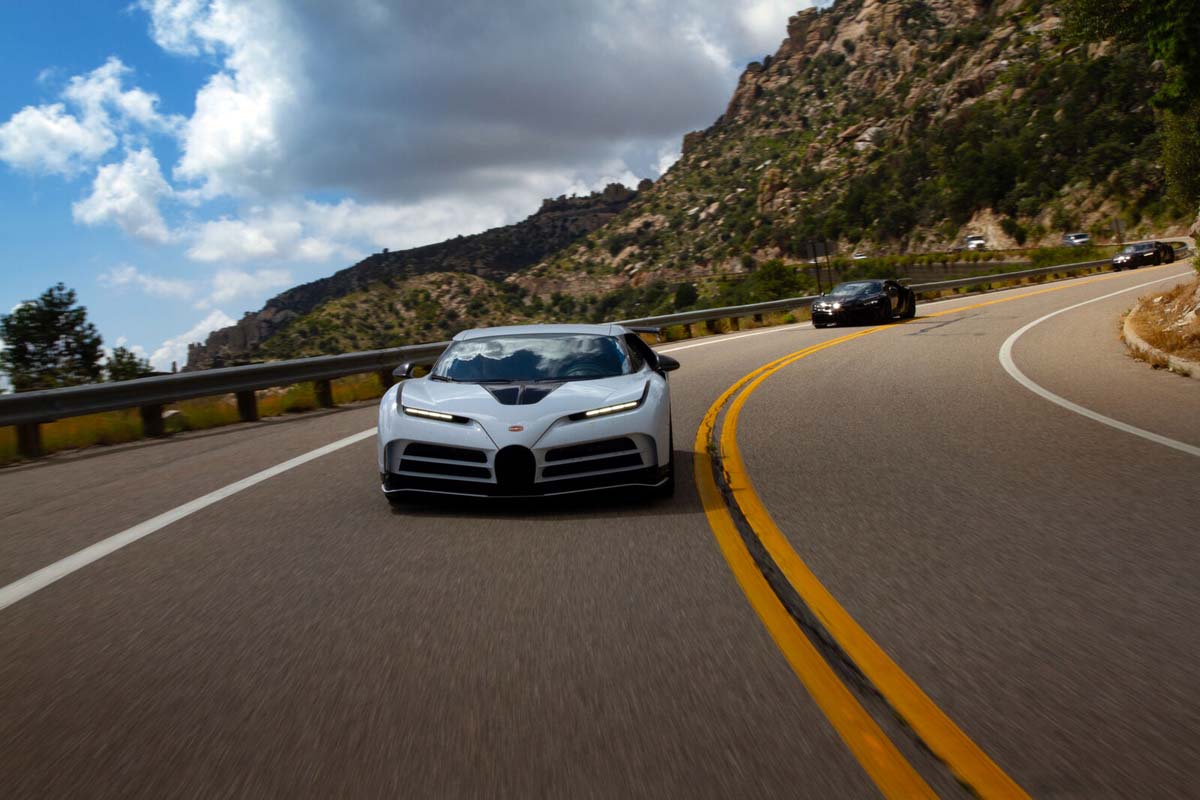