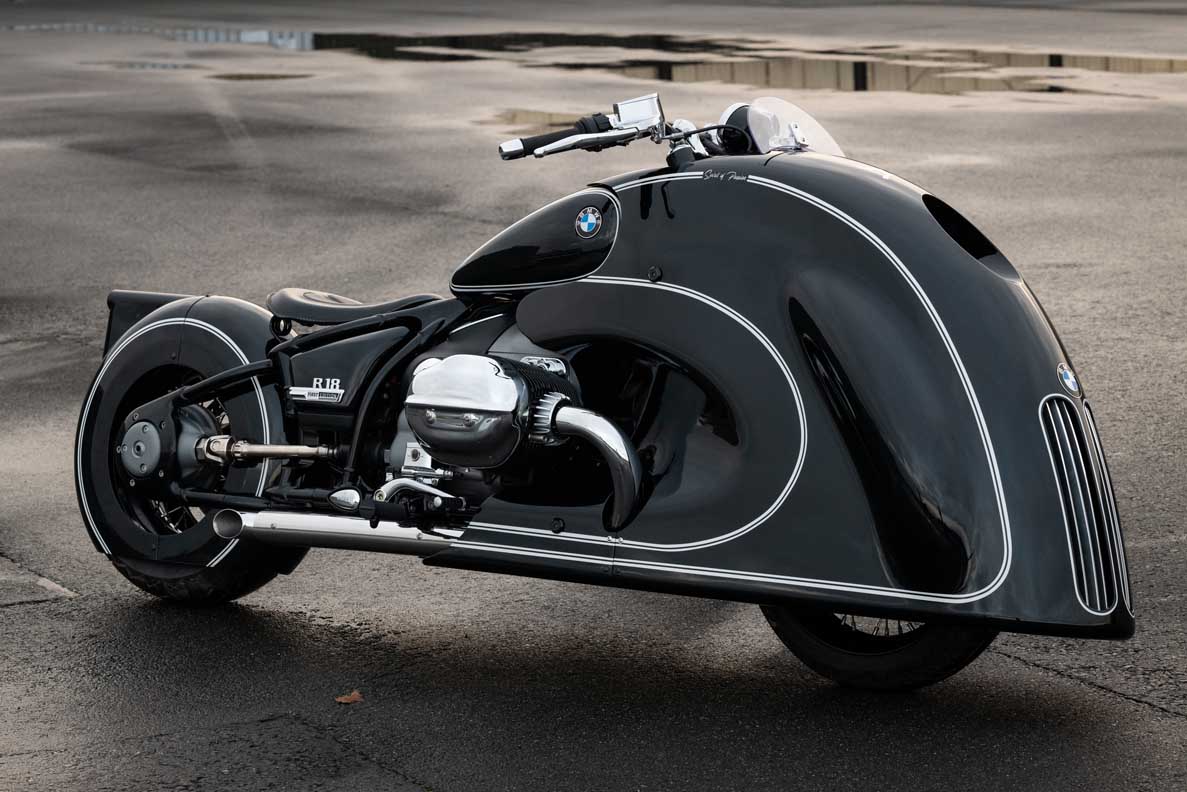 Unmistakable design that is distinct from all others – that is the new “Spirit of Passion” by Kingston Custom. After Roland Sands, Dirk Oehlerking lends the BMW R 18 his inimitable signature with the second R18 gem in the “SoulFuel” series, a collaboration between BMW Motorrad and selected customisers. Previously, a sensation was also caused by an R 18 conversion created by Bernhard Naumann – also known as “Blechmann”.

Oehlerking’s Kingston Custom is well-known for its extreme customising. Anyone expecting a complete rebuild of the R 18 will be in for a surprise, however.

“The BMW R 18 is so perfect that I left the technology as it is. The frame is 100 % original and so sophisticated that nothing should be changed here,” says Oehlerking. But the bike has still been transformed into an unmistakable Kingston Custom conversion.

The “Spirit of Passion” in detail.
The biggest eye-catcher – and also the greatest challenge – is the Kingston fairing. The bodywork is finished in handmade Kingston design, as are the handlebars and mudguard.

The BMW R 18 exhaust has been modified by Oehlerking in Kingston Roadster style, while his saddle is drawn from the range of universal accessories.

The turn indicators have been replaced with Kellermann indicators and the LED front headlight is now integrated in the fairing.

The original paintwork and lines have been adopted for the fairing and wing, with the addition of some details in Kingston style. The wheel suspension and fuel tank are original. The design as a whole is based on classic art deco style. 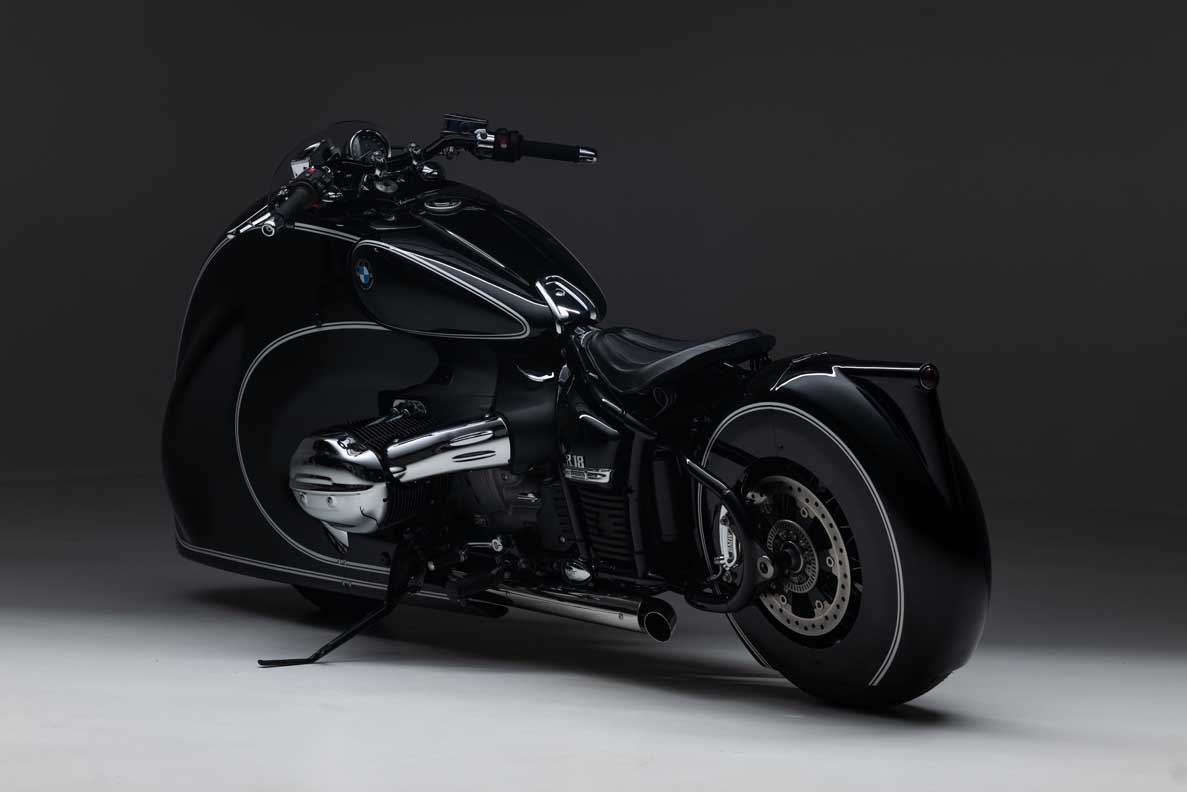 BMW R 18: the original.
Thanks to its extremely conversion-friendly architecture, the BMW R 18 is predestined for customising. The R 18 features a pronounced historical reference, technically and visually echoing famous models such as the BMW R 5 and refocussing on motorbike essentials: purist, no-frills technology – and of course the “big boxer”.

More about the maestro.
Motorbike racer, designer and craftsman Dirk Oehlerking demonstrates once again in his “Spirit of Passion” that he not only understands his craft but has embraced it in his work for over 35 years.

For him, the design process begins long before the first screws are applied or sketches are made: “I put a lot of thought into it beforehand. My motorbikes always convey soul, charm and character.

They’re outstanding specimens, so they require great care and attention. I have a constant stream of images running past my mind’s eye when it comes to deciding what style I want to focus on.

Once I’ve made that choice, I start with a sketch in pencil and Tipp-Ex. Then I keep going until I know in my heart of hearts: that’s precisely it!”

A native of Hanover, Oehlerking already has his own tradition of customising BMW machines. Around 17 of the brand’s own creations are his, including the “Black Phantom” and its sibling bike, the “White Phantom”. The two models defined completely new standards in the industry at the time.

Yet redesigning the R 18 was a novel undertaking for Oehlerking. “This project is probably the most impressive of my entire career. It means a lot to me – if not everything at this moment.

The trust that BMW Motorrad has placed in me once again is hugely important to me. I’m very grateful for that.” 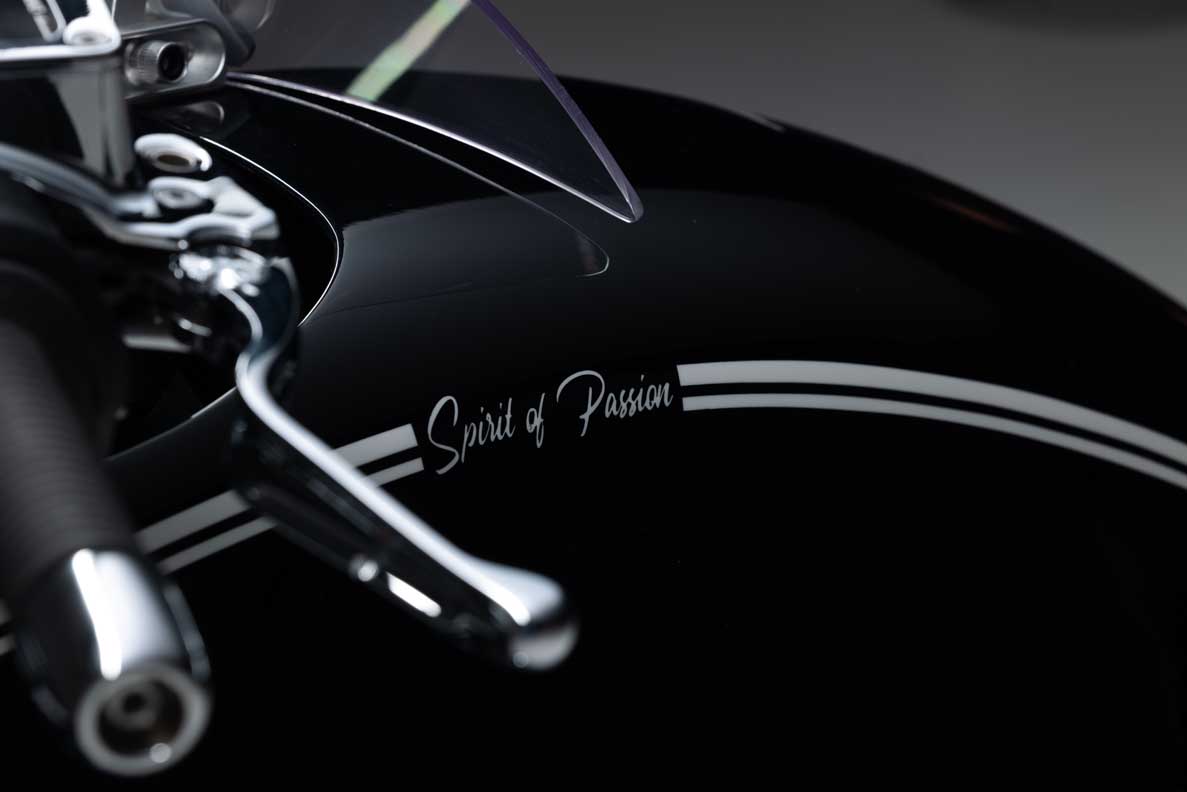 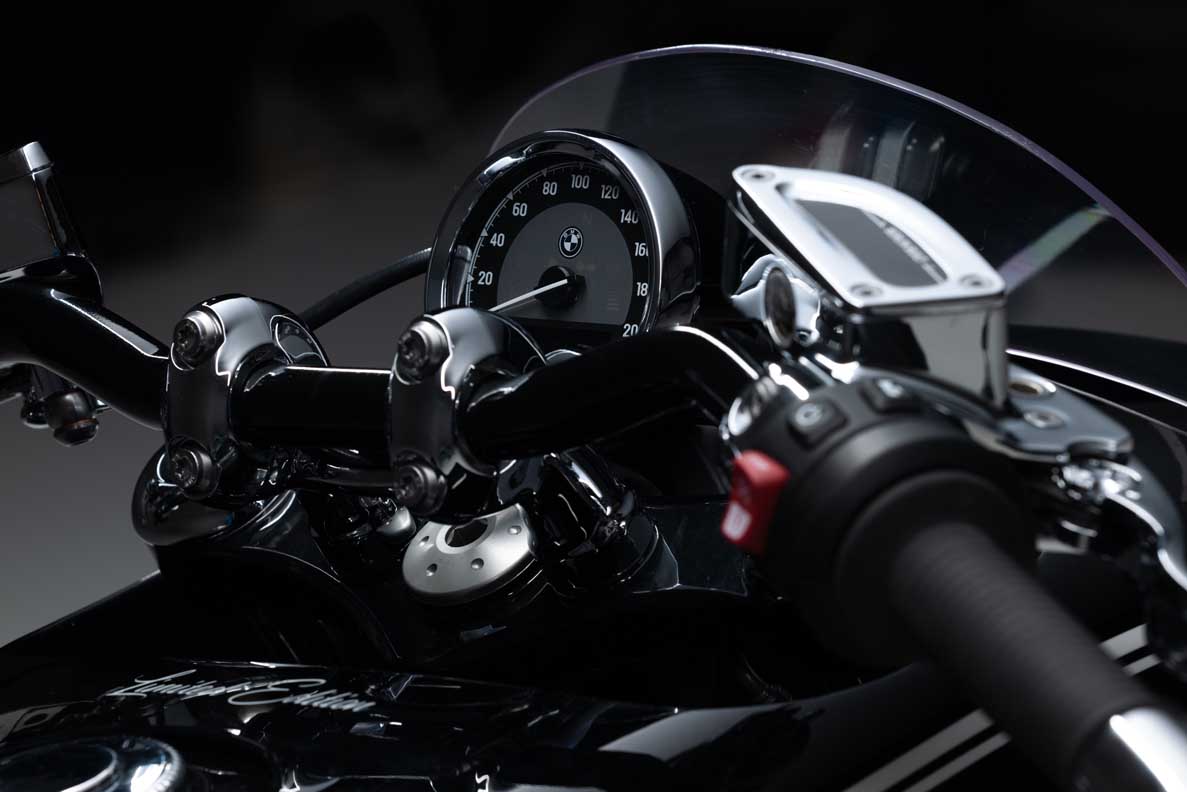 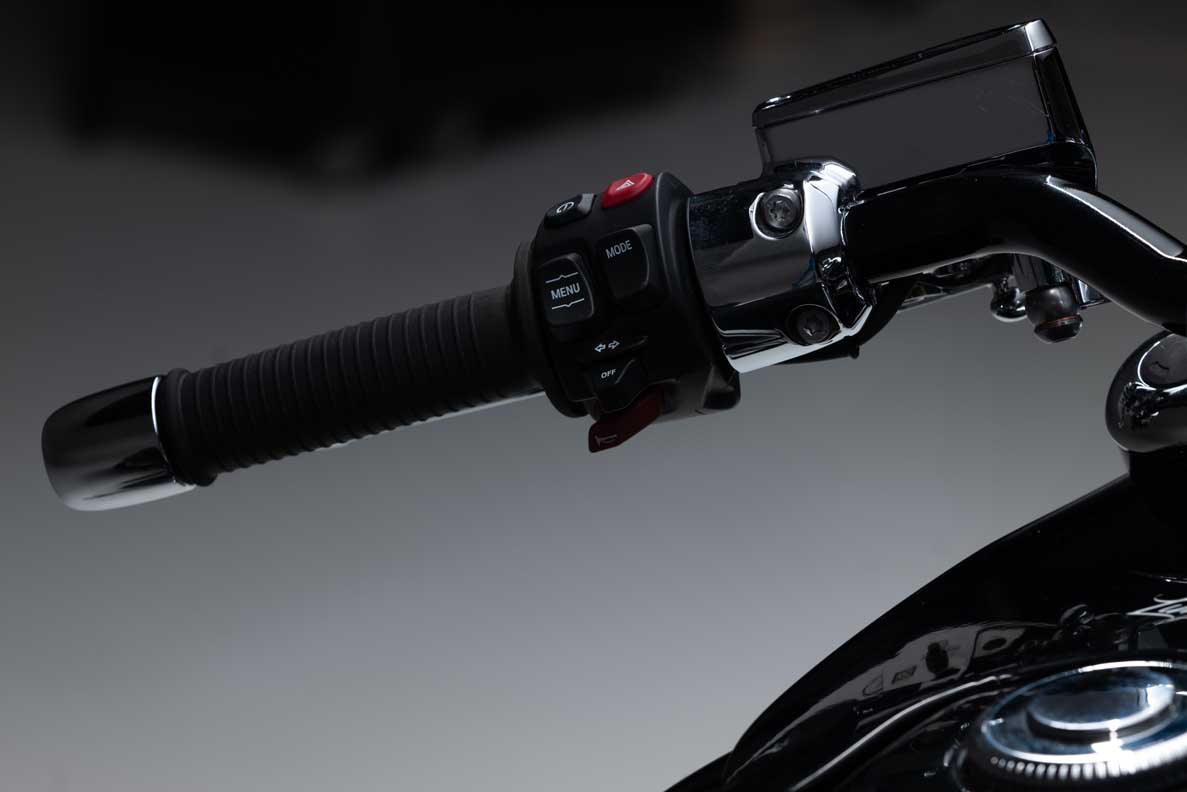 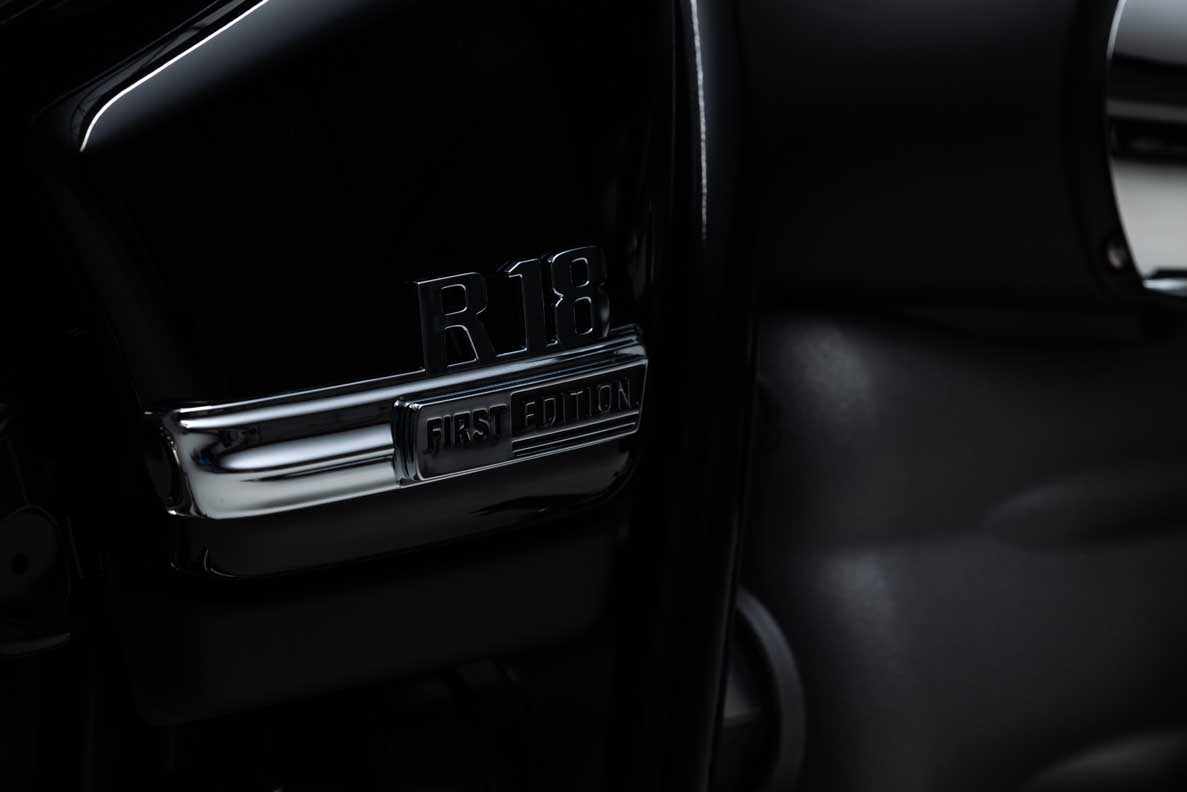 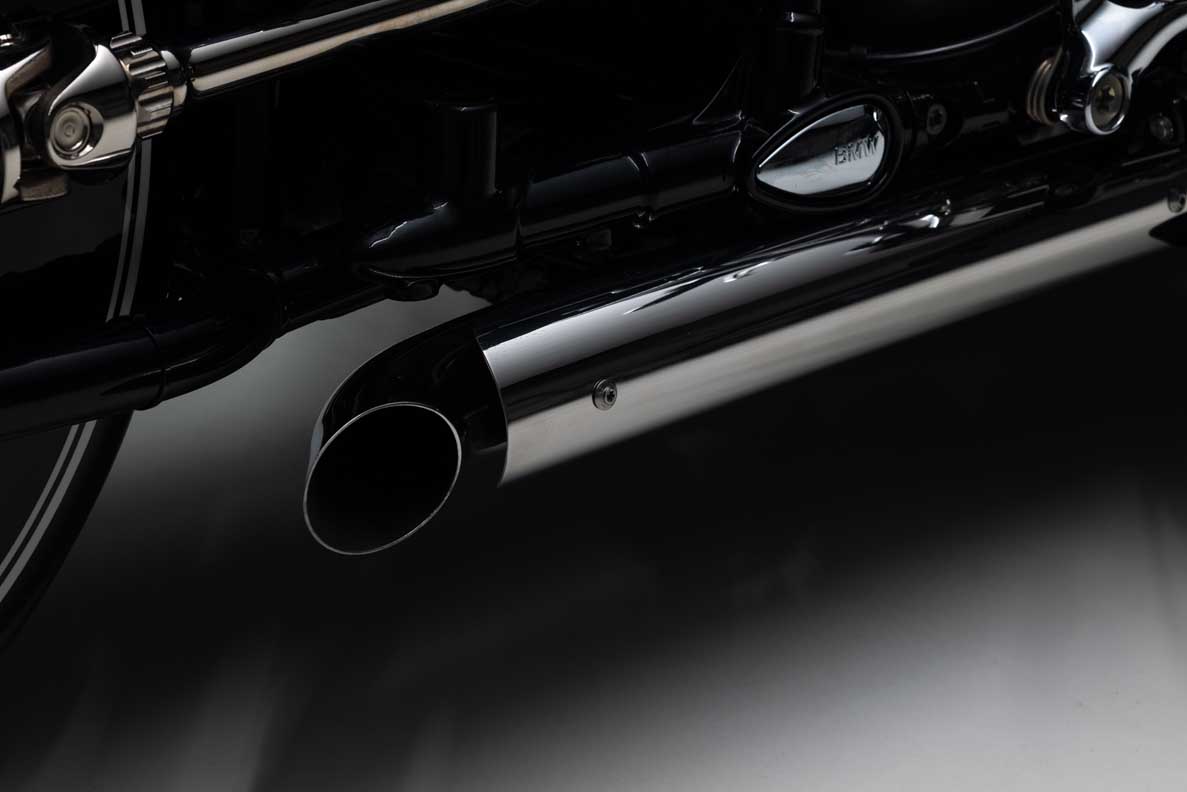 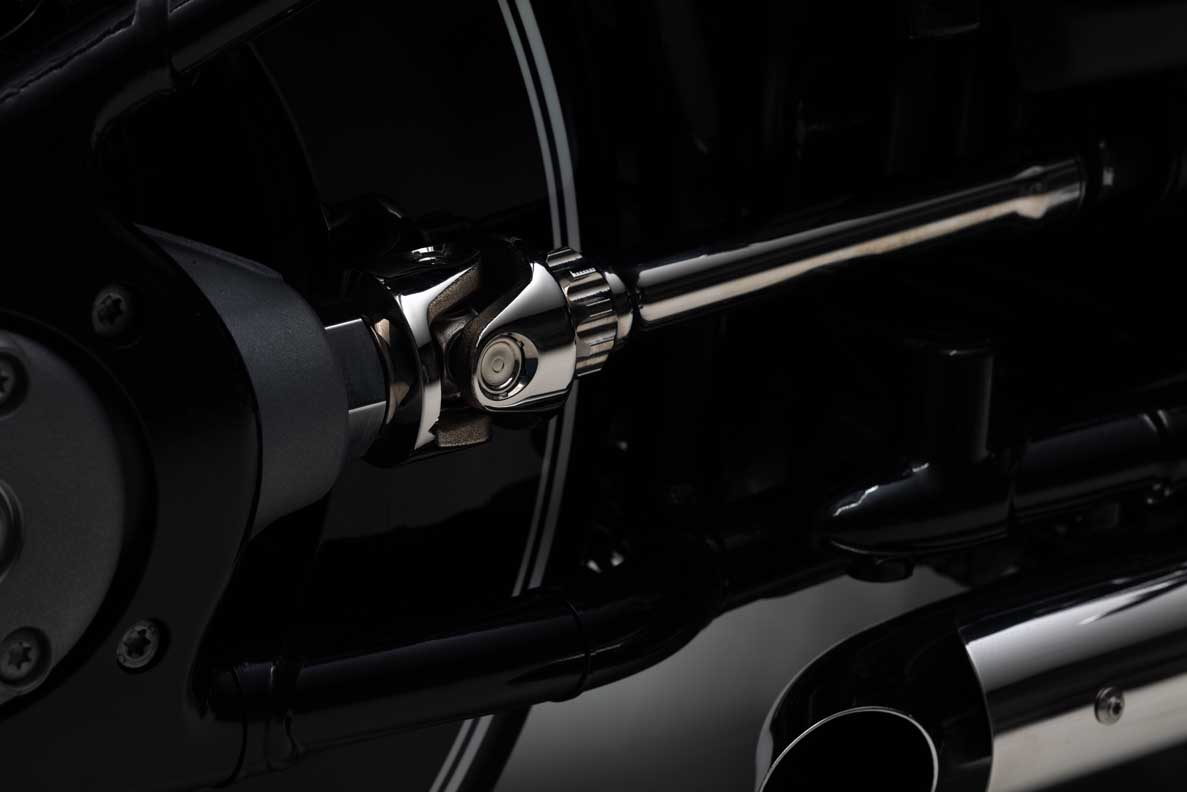 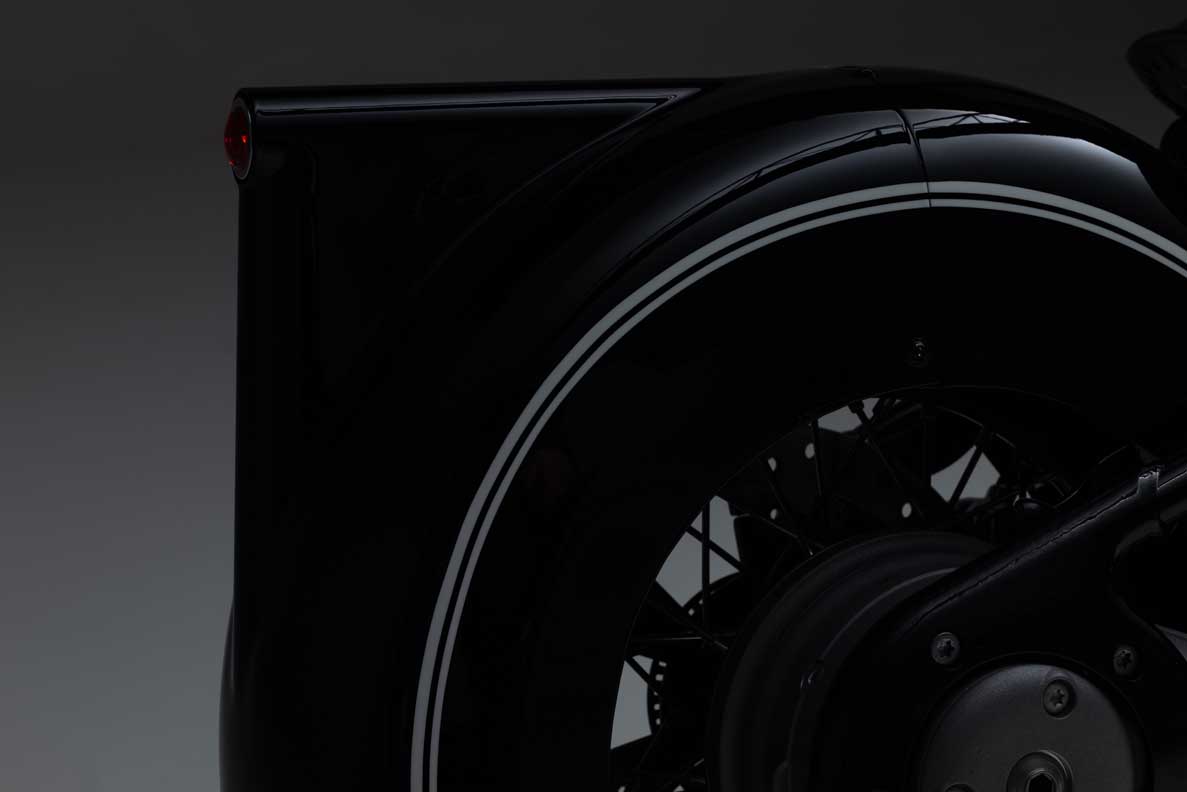 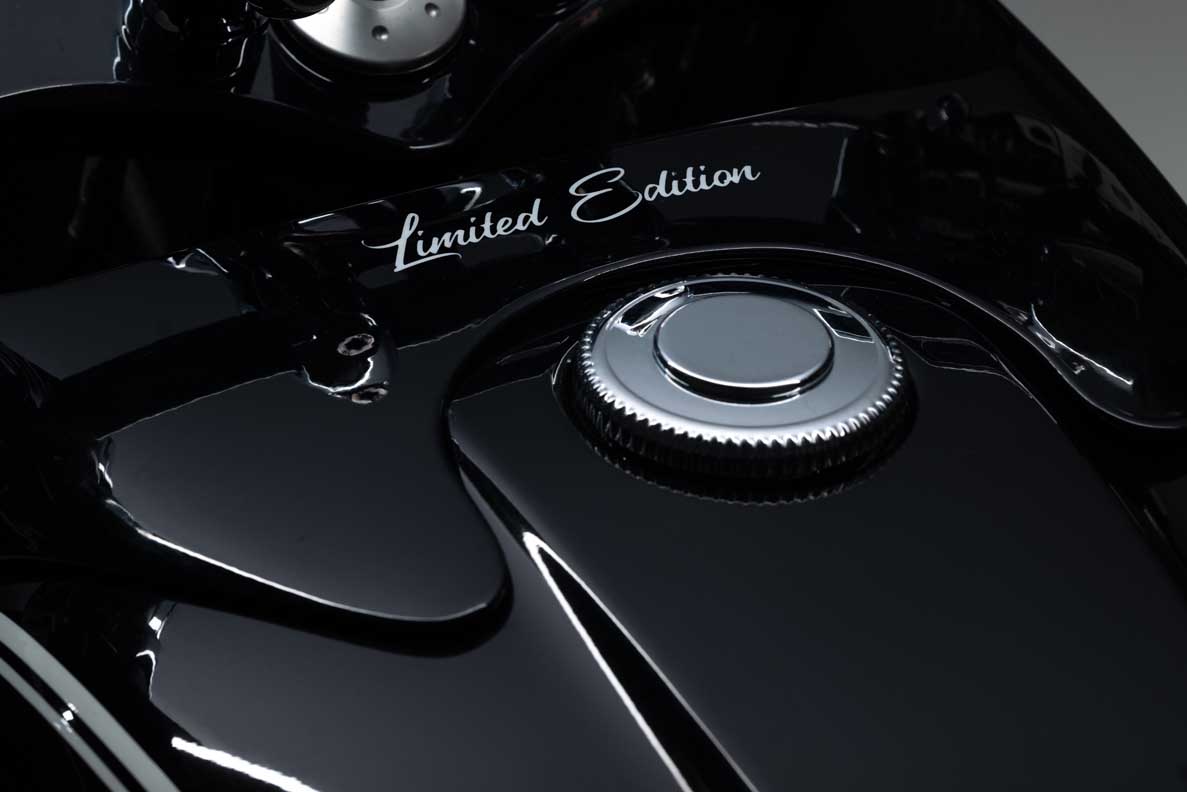 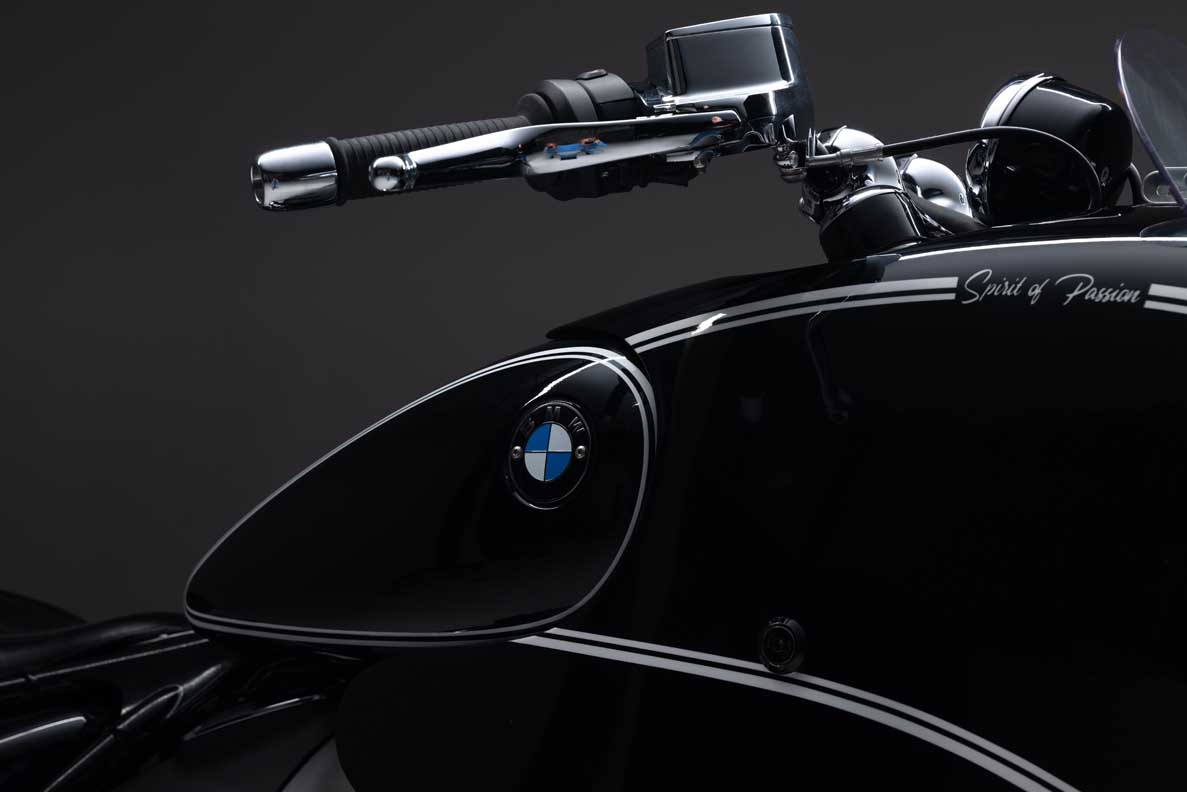 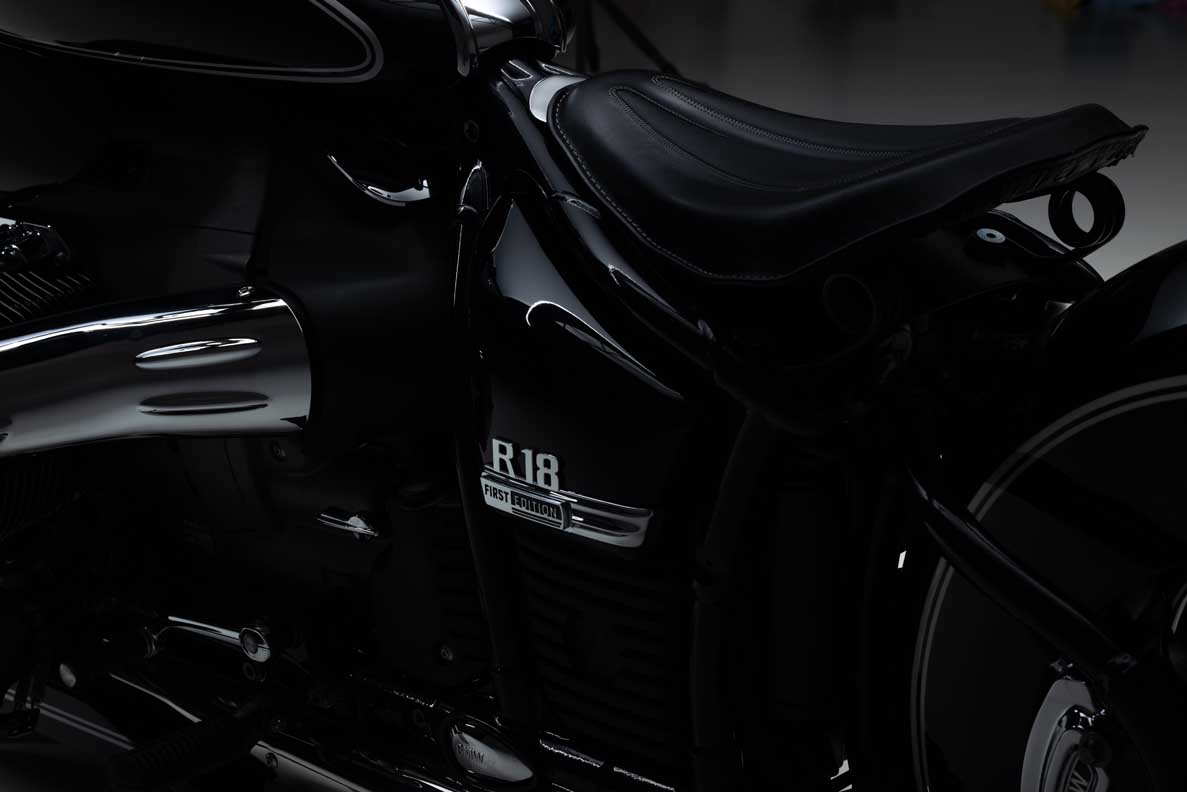 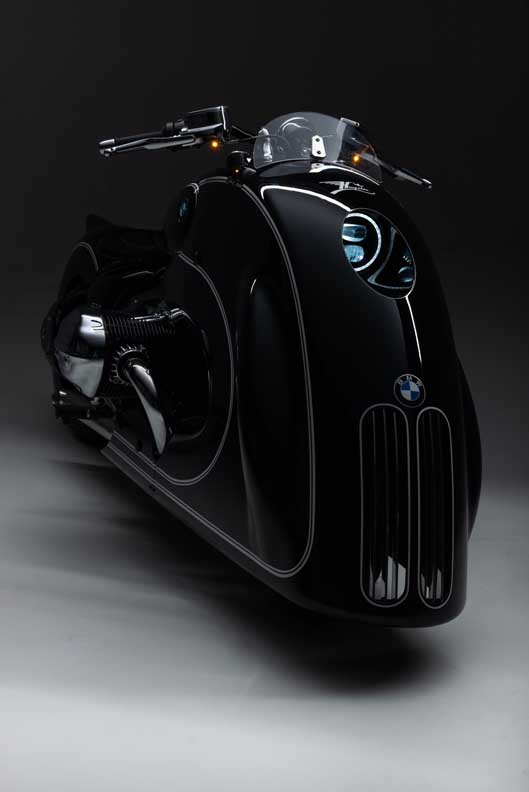 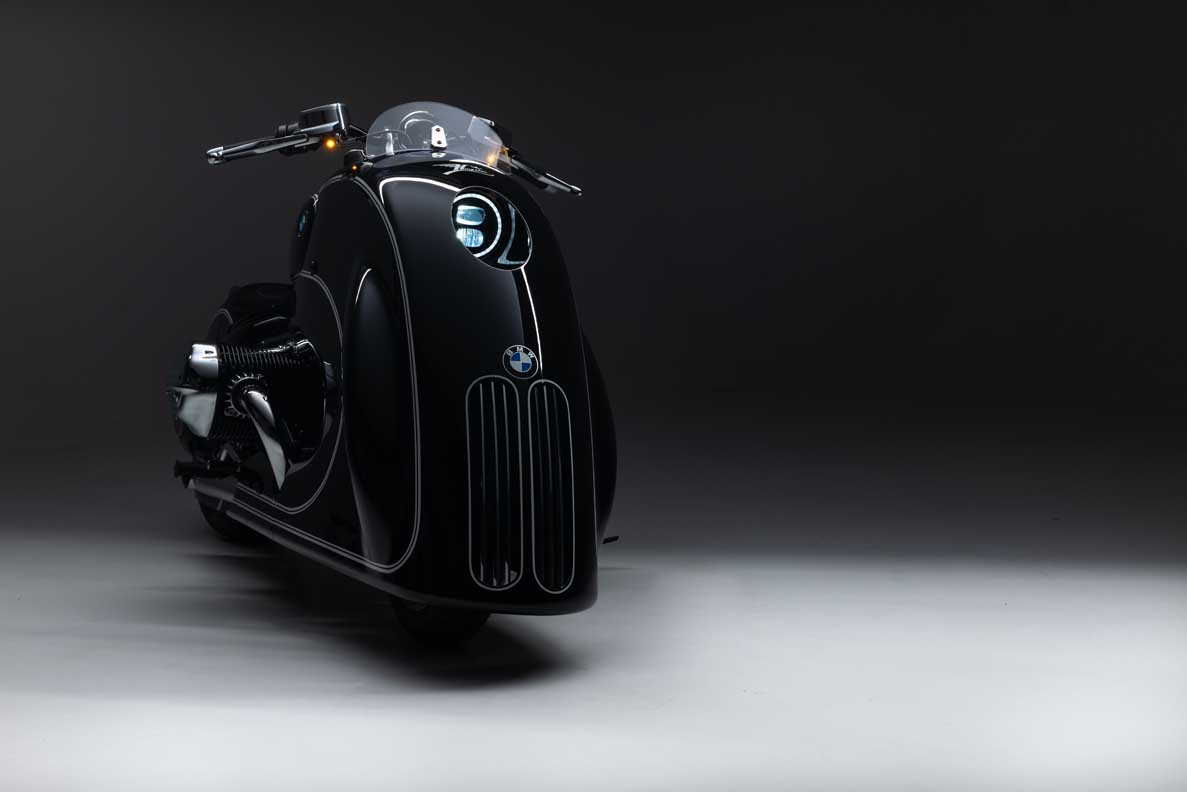 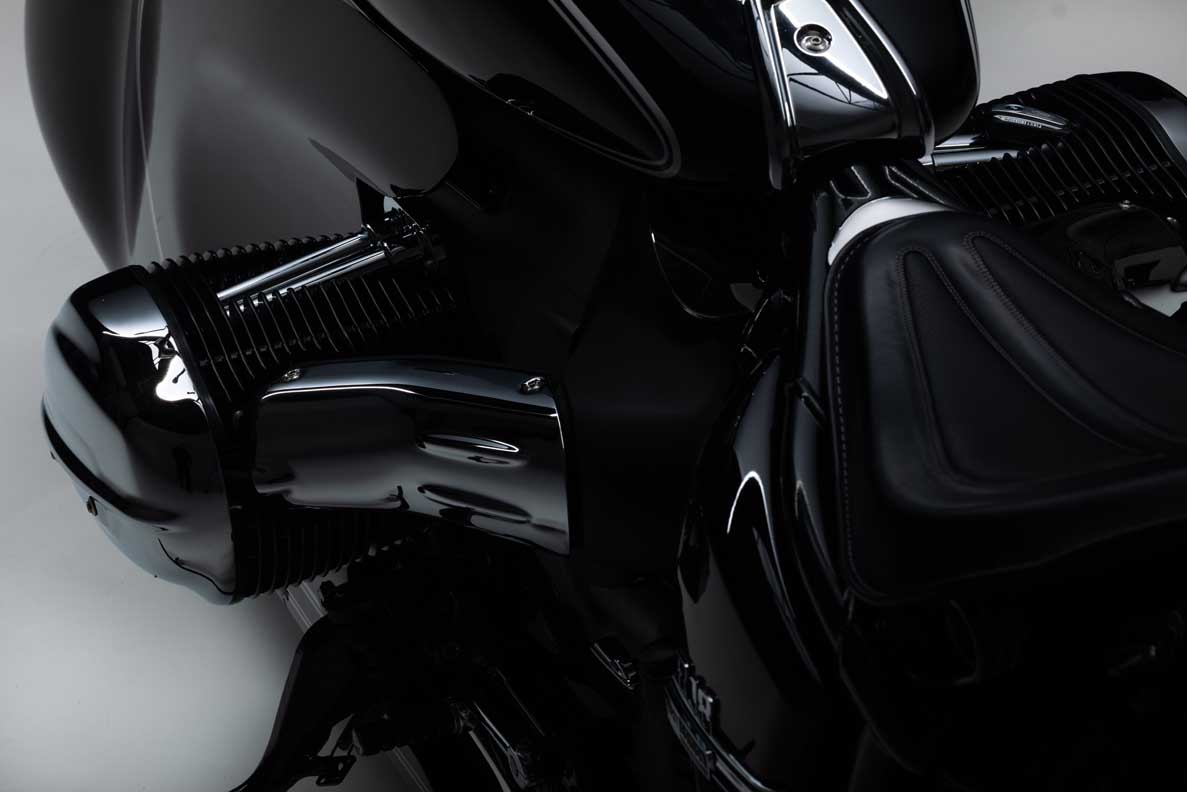 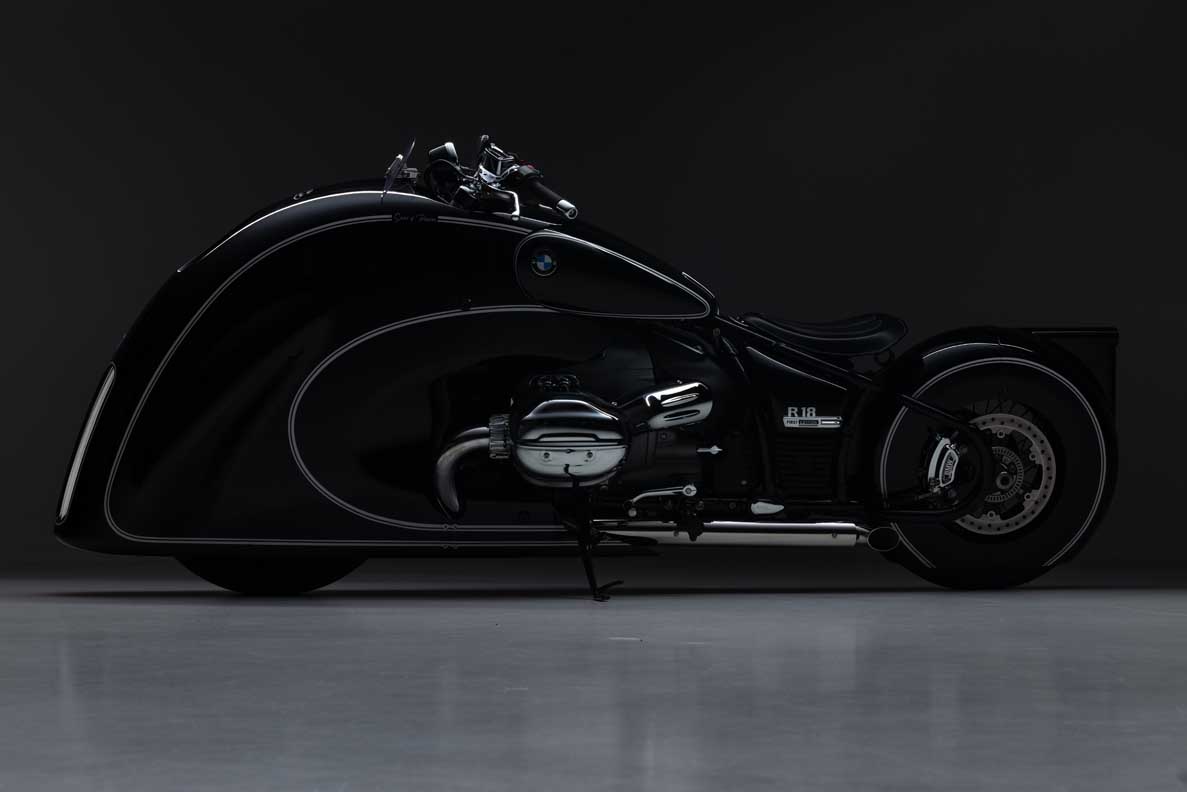 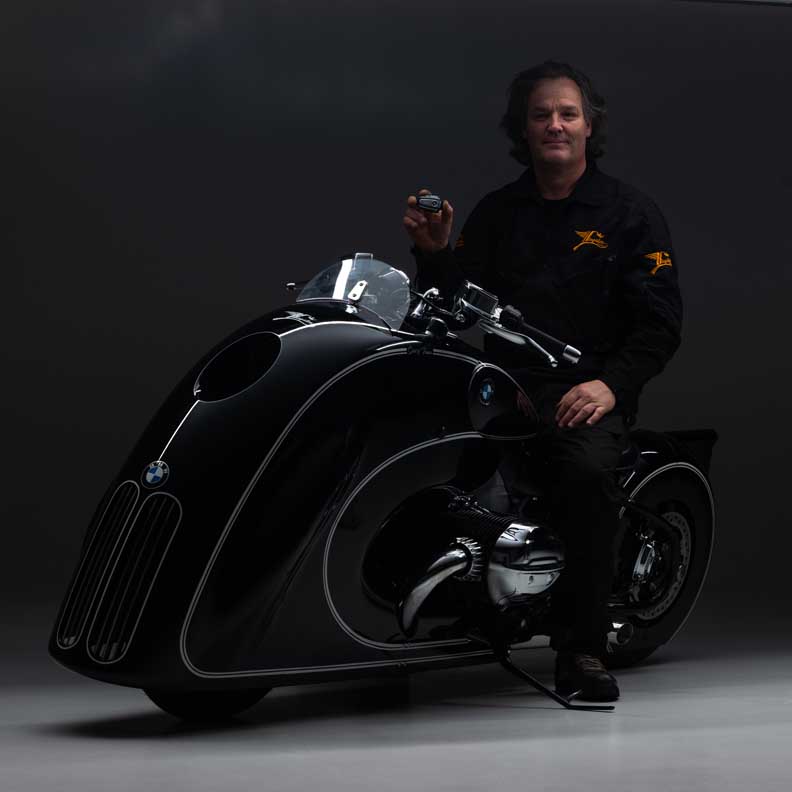 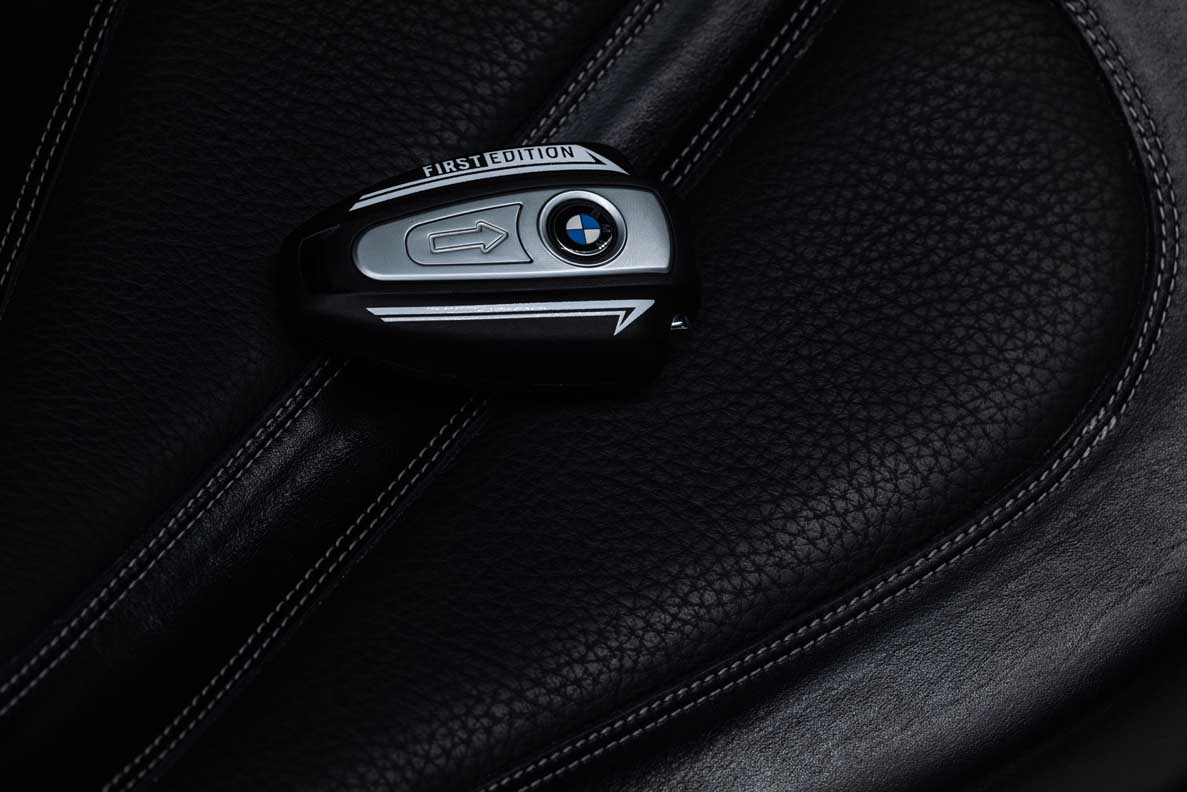 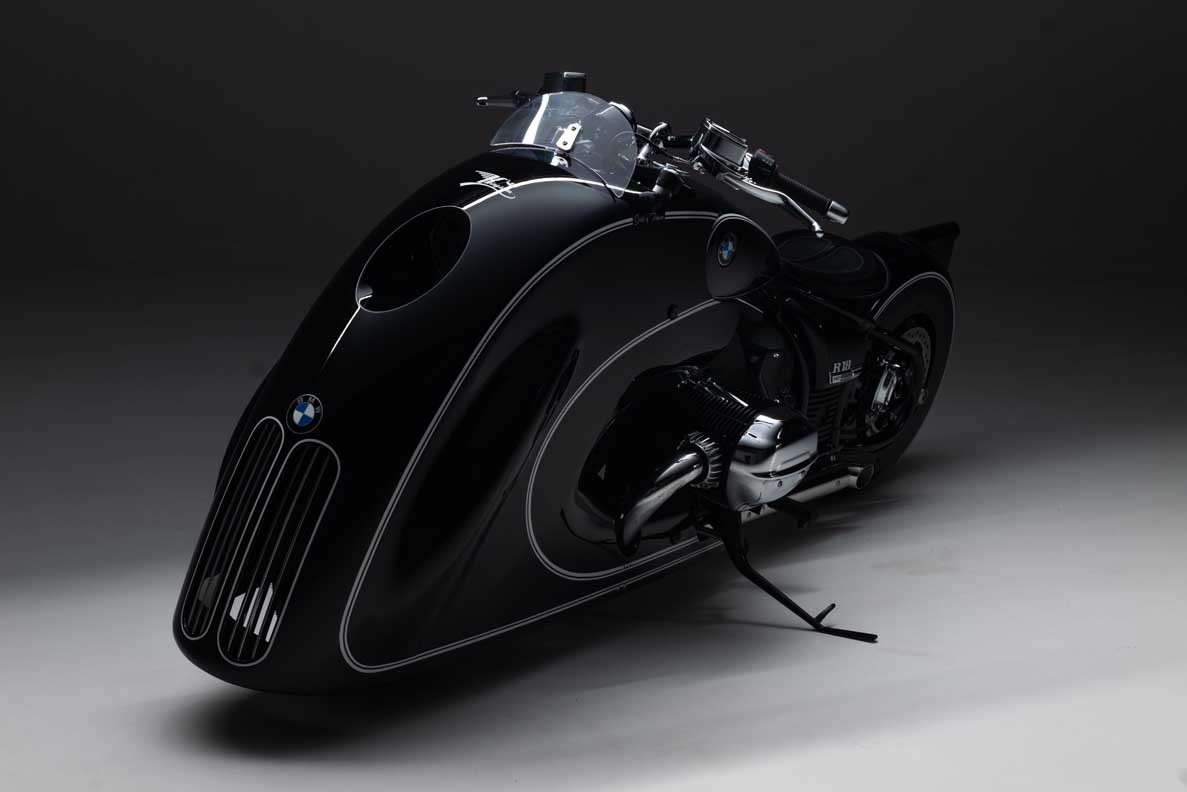 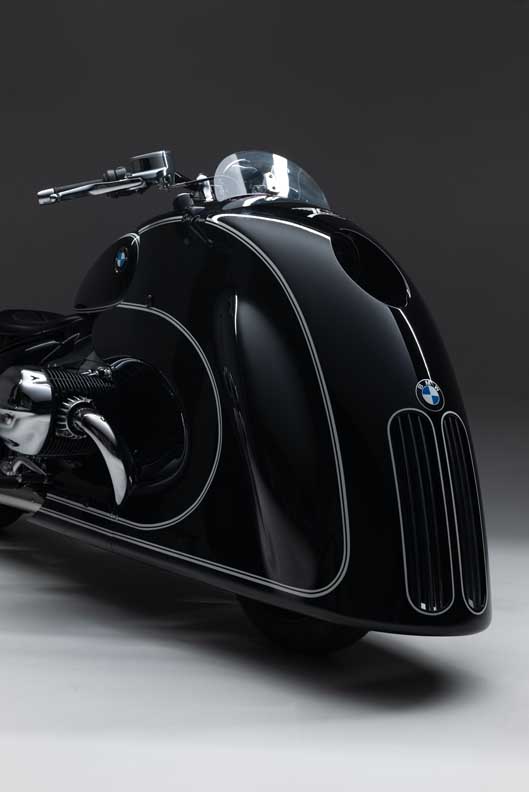 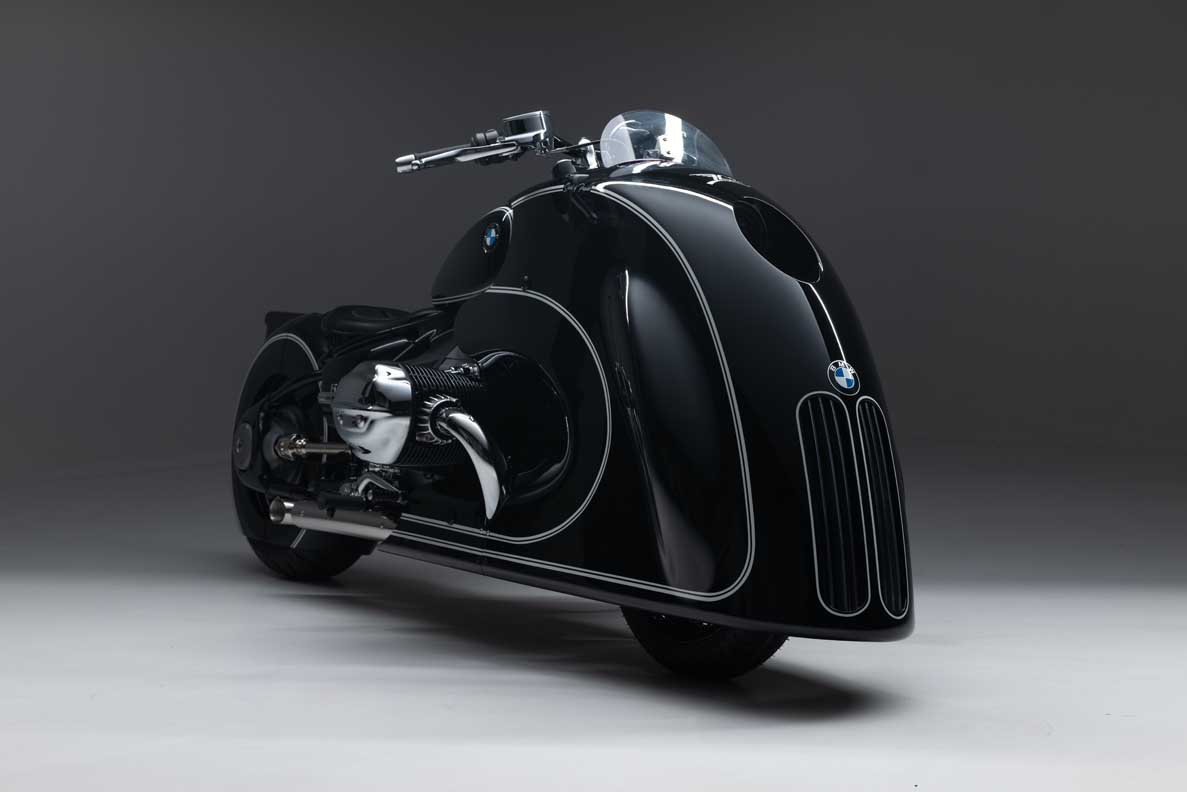 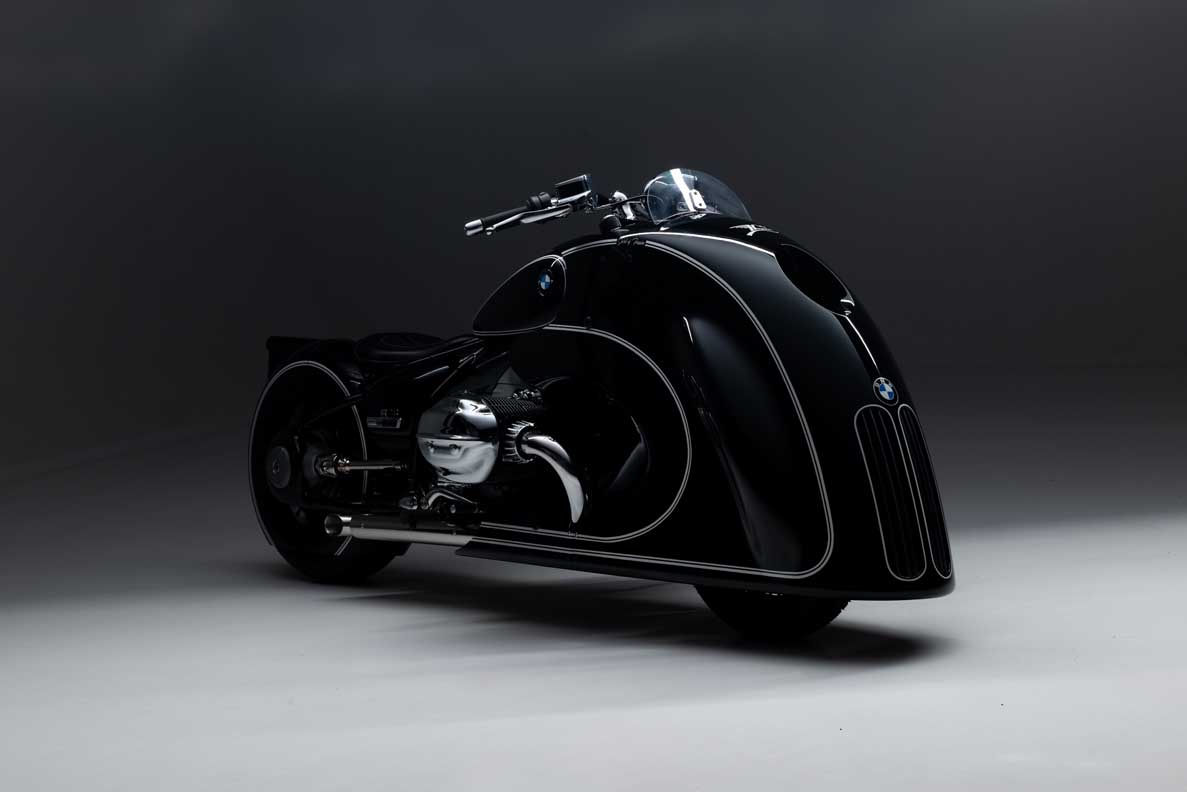 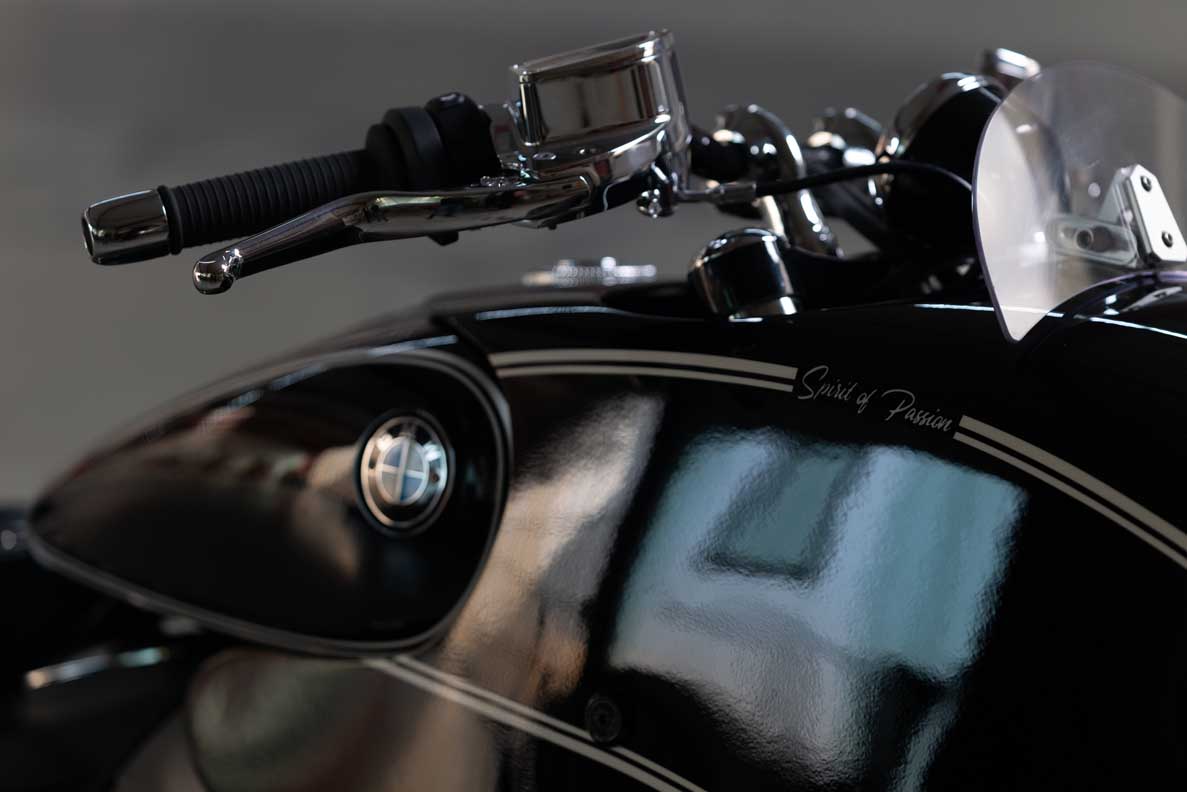 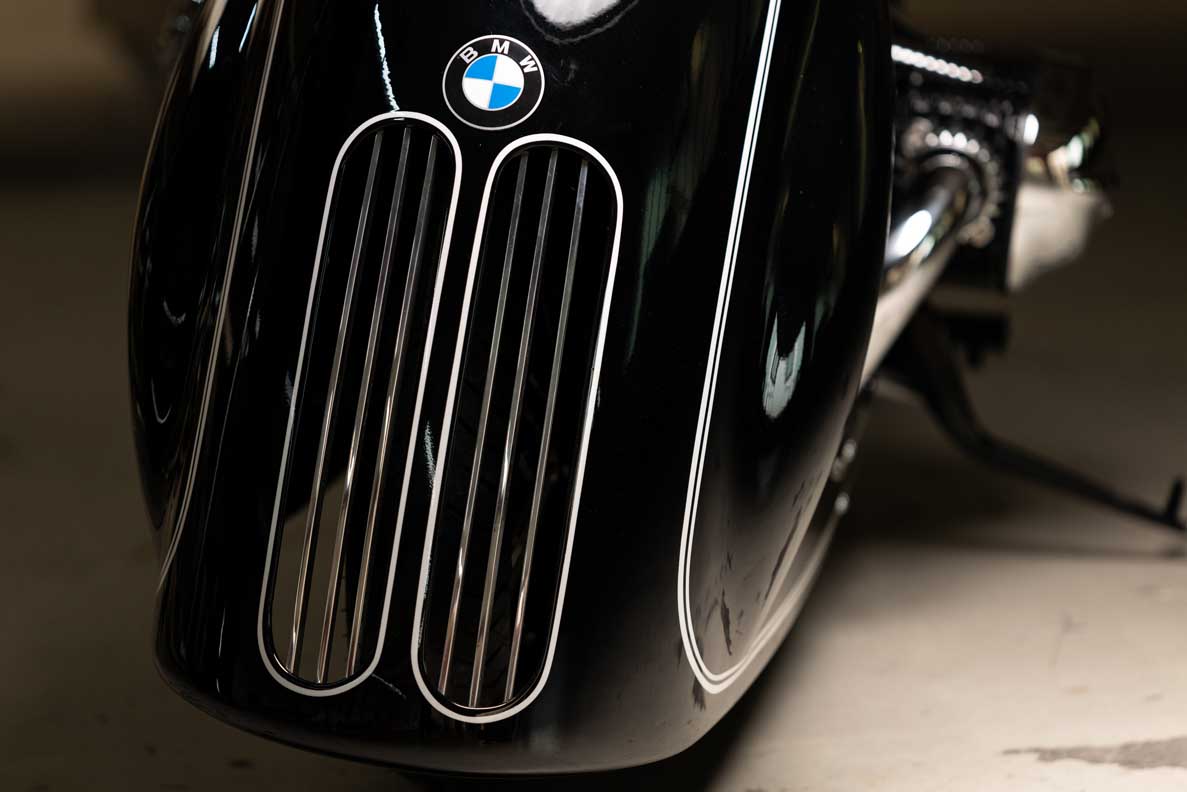 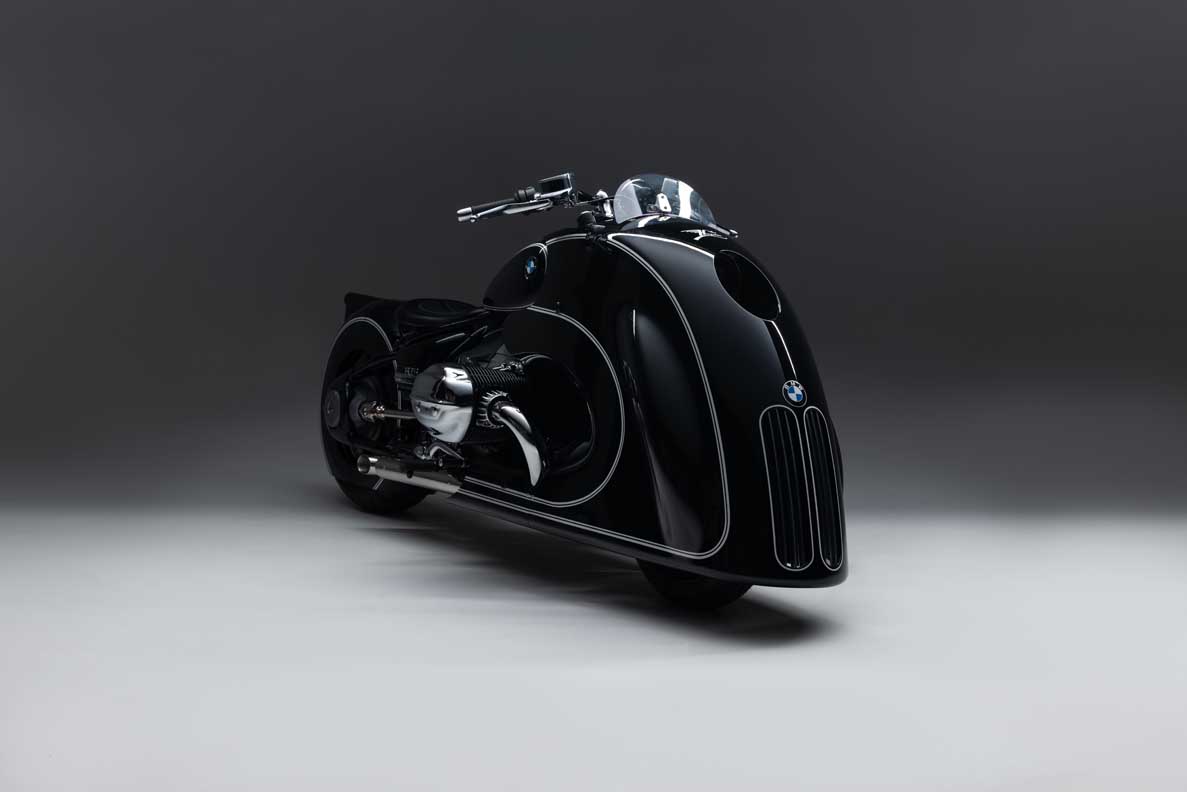 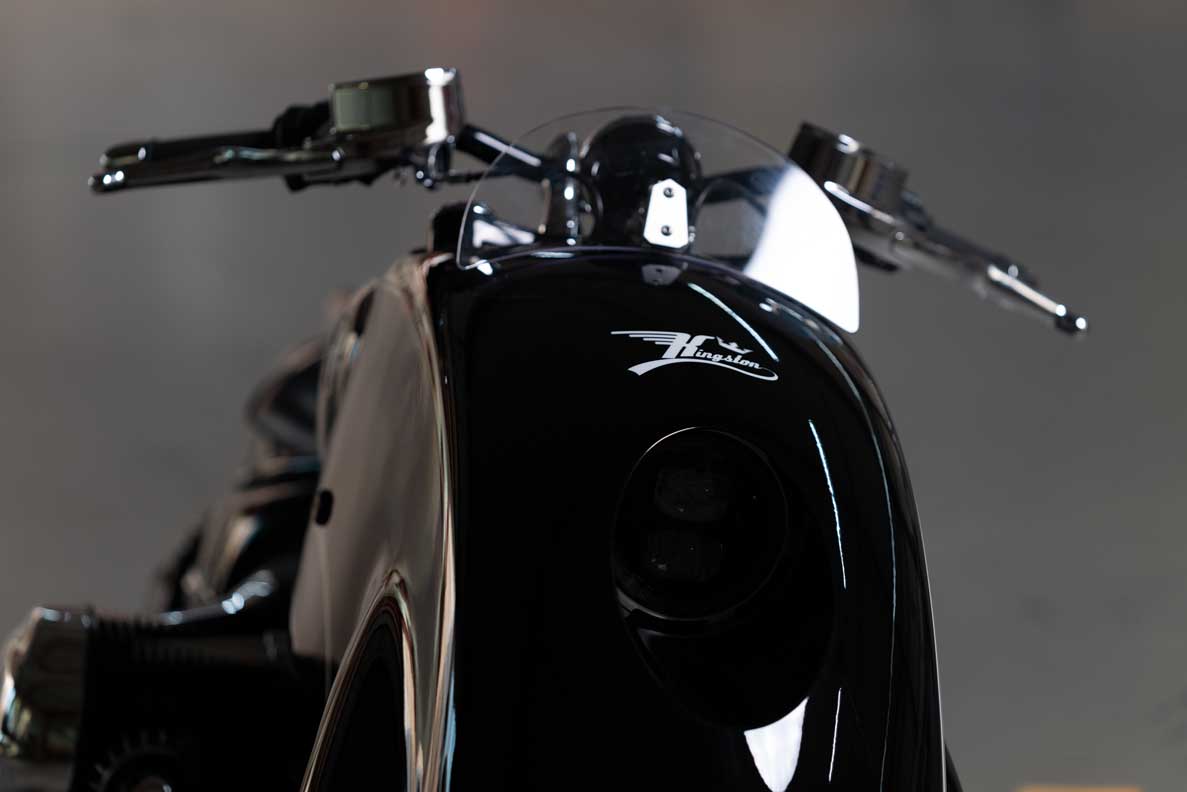 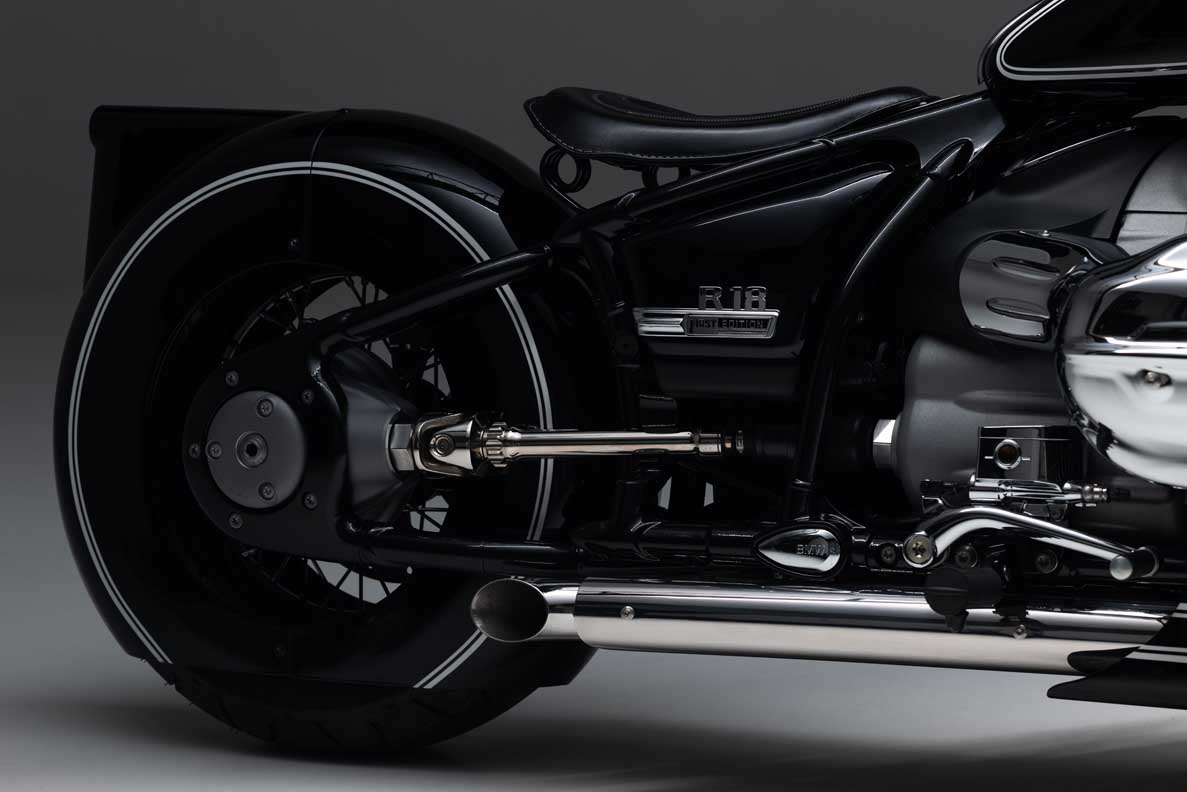 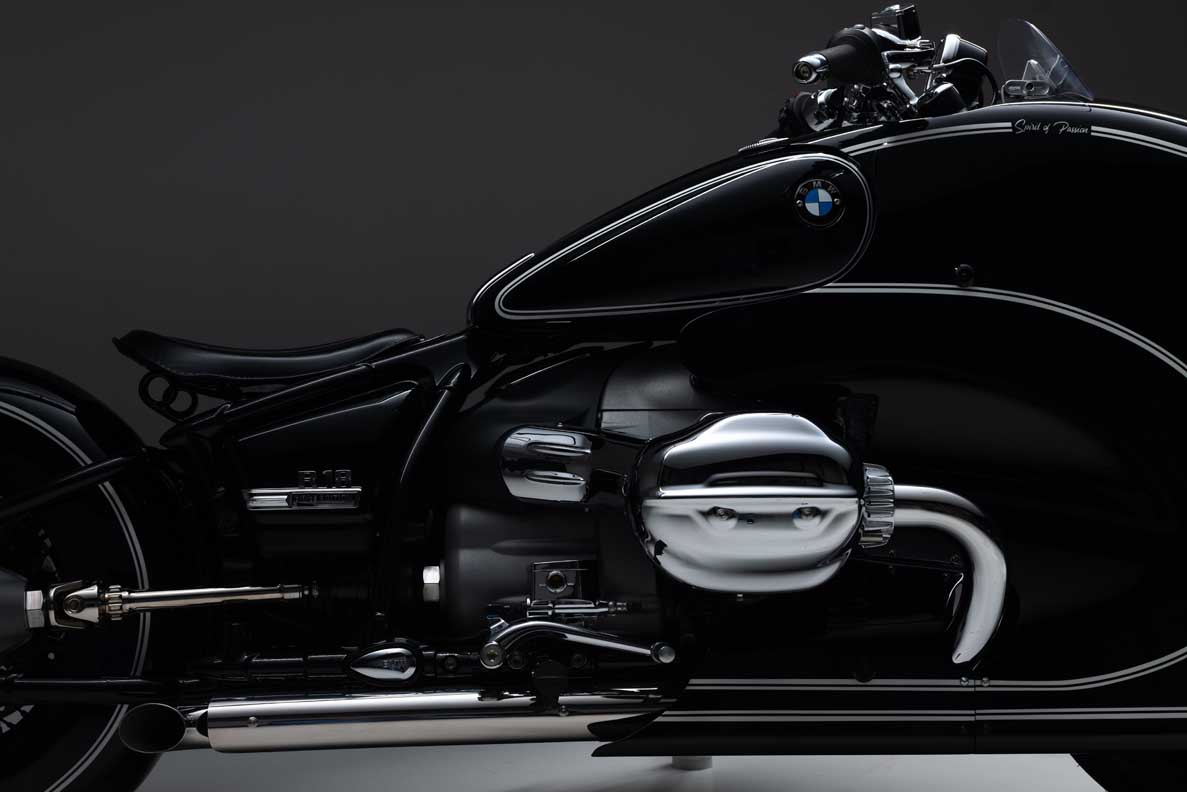