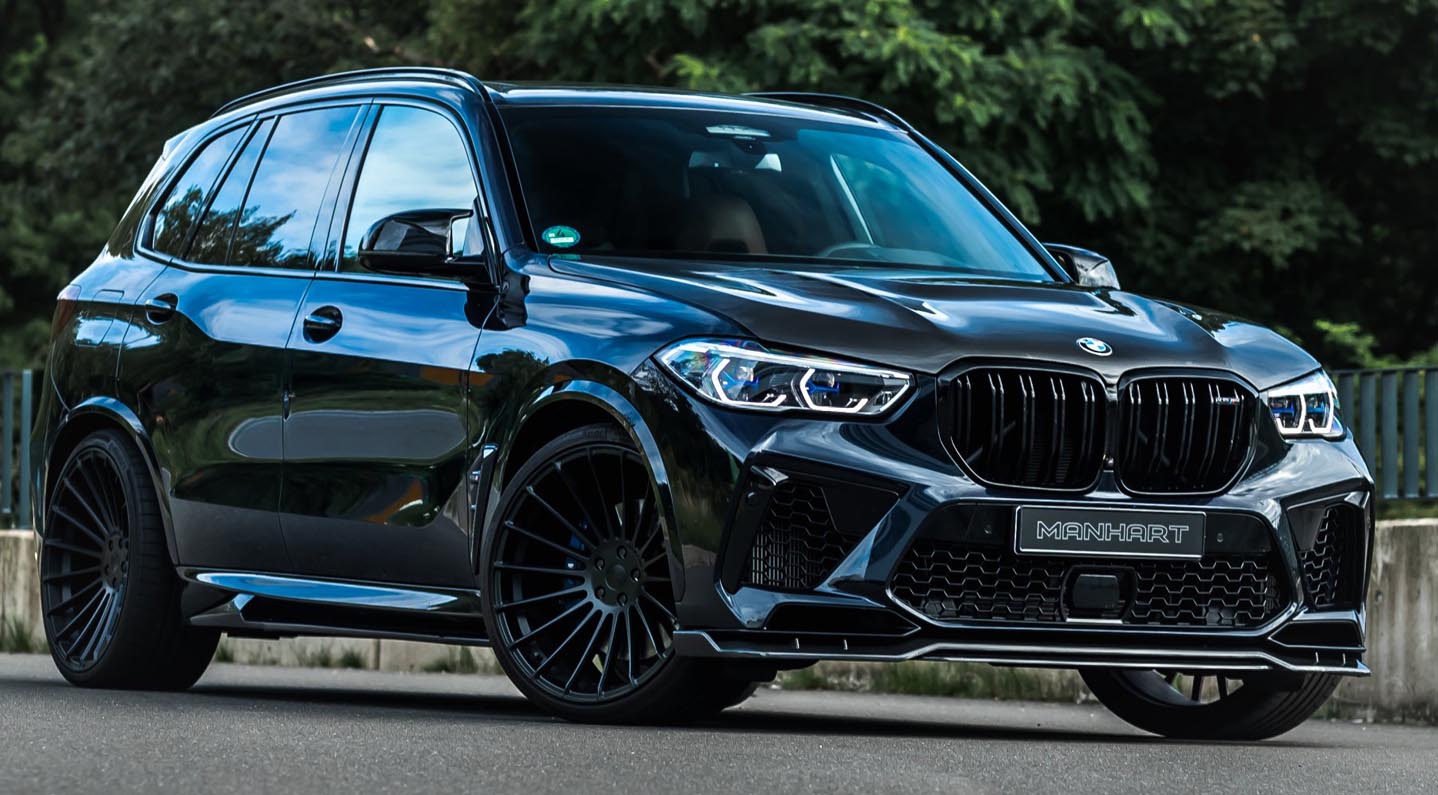 With the MHX5 700, MANHART Performance have added an impressive high-performance SUV based on the brute, top model X5 M Competition to its range.

As is well known, this already comes in standard condition with a power-packed, 4.4-litre biturbo V8, that develops a maximum of 625 hp and 750 Nm of torque. The large SUV achieves performance levels that not so long ago would have suited even thoroughbred sports cars. Nevertheless, the desire for more power resonates in some owners, as well as the desire for a more individual look, which leads to the development of impressive X5 M, interpretations such as MHX5.

With the vehicle presented here, painted in deep dark blue, MANHART have now put a brand new example of the MHX5 700 on wheels for another lucky customer.

As the name already suggests, the eight-cylinder engine in the nose has been noticeably strengthened, so that it now provides 730 hp and 900 Nm.

MANHART achieved this increase with the help of either the proven, in-house MHtronik auxiliary control unit or an ECU remapping. In addition, the MHX5 700 features stainless steel exhaust system with valve control, which flows into four tailpipes with a diameter of 100 millimeters. Also available are MANHART Race downpipes without catalytic converters, MANHART stainless steel OPF Delete replacement pipes and the MANHART OPF Deleter. However, these do not have TÜV approval and are therefore only intended for export.

Thanks to chassis optimization and MANHART lowering using -adjustable H&R coil springs, the MHX5 700 has improved driving dynamics and is even more solid on the asphalt. The SUV is also a real eye-catcher in other respects thanks to various visual modifications: for example, it wears the MANHART carbon hood with GTR air outlets, the MANHART carbon front spoiler, the two-piece MANHART carbon side skirts, and the MANHART carbon diffuser with central rear fog light in motorsport style.

The large wheel arches are lushly filled in the form of Hamann Anniversary Evo Black Line rims in 11×23 inches with 315/25ZR23 tires.

Last but not least, the interior in this case remained in its standard condition – characterized by the finest materials such as leather and plenty of carbon. However, MANHART gearshift paddles as well as a MANHART carbon steering wheel spoke and MANHART floor mats are available on request to enhance the cockpit.

With the exception of the built-in carbon bonnet and the race downpipes and OPF-Delete replacement pipes as well as the OPF-Deleter, all modifications mentioned – including the increase in performance – have TÜV approvals. 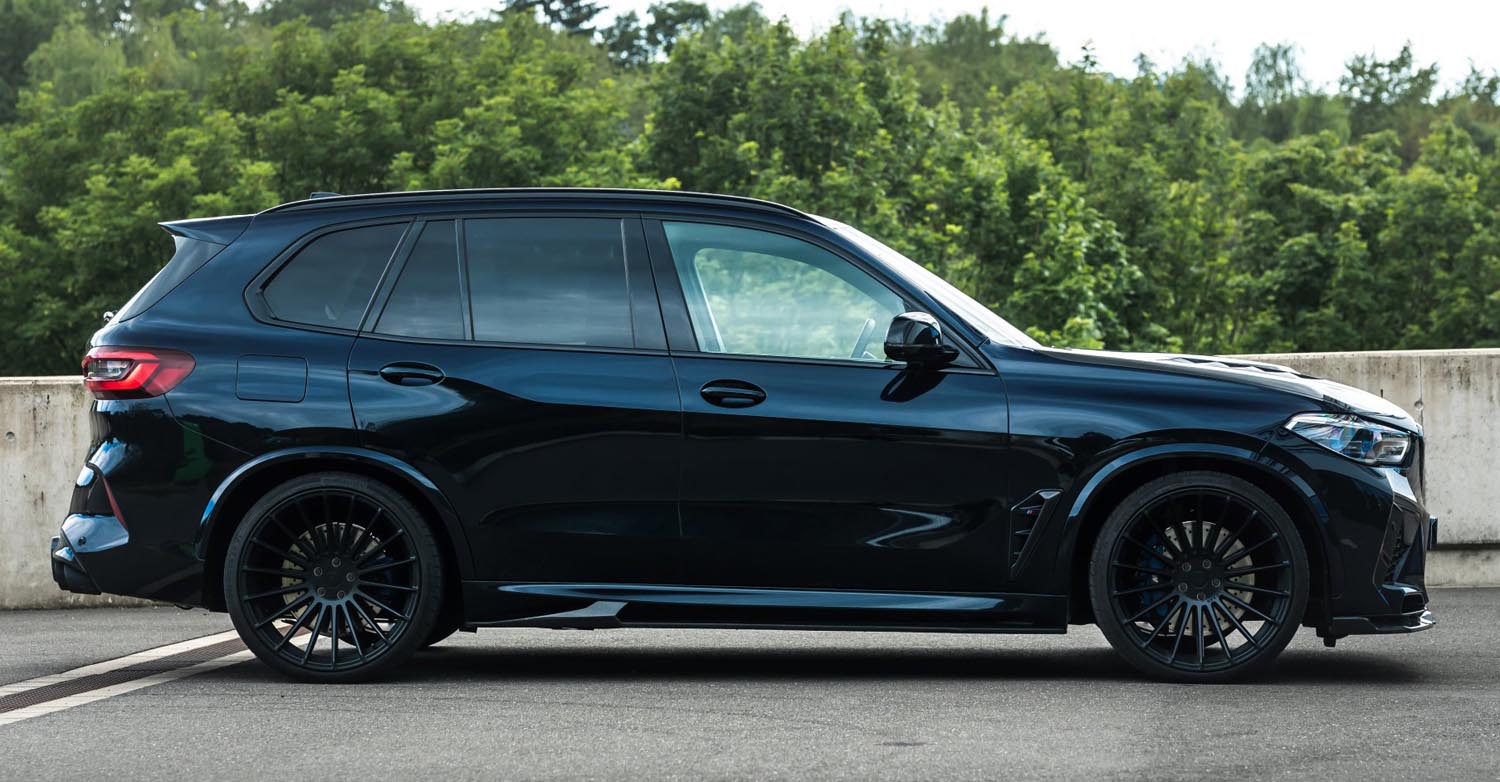 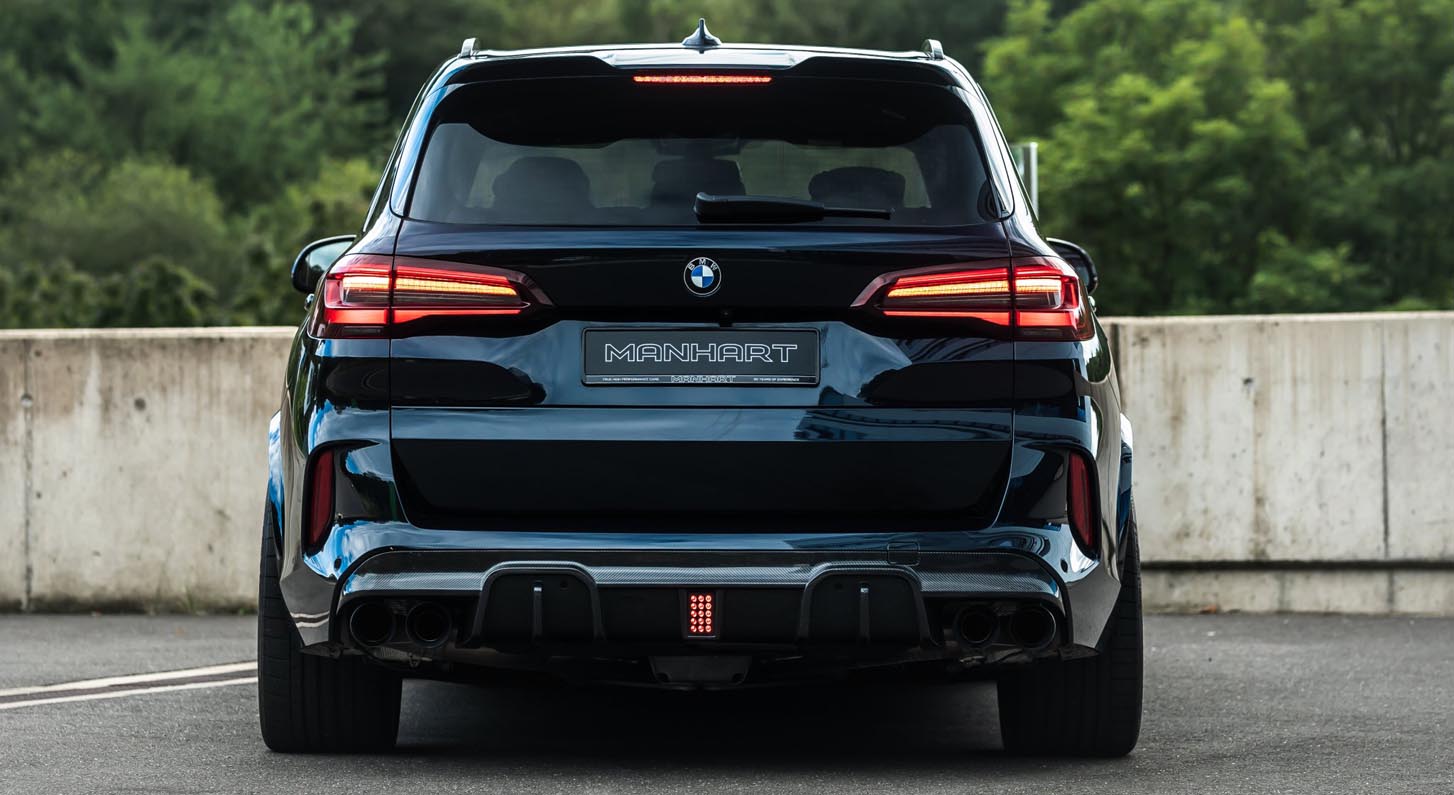 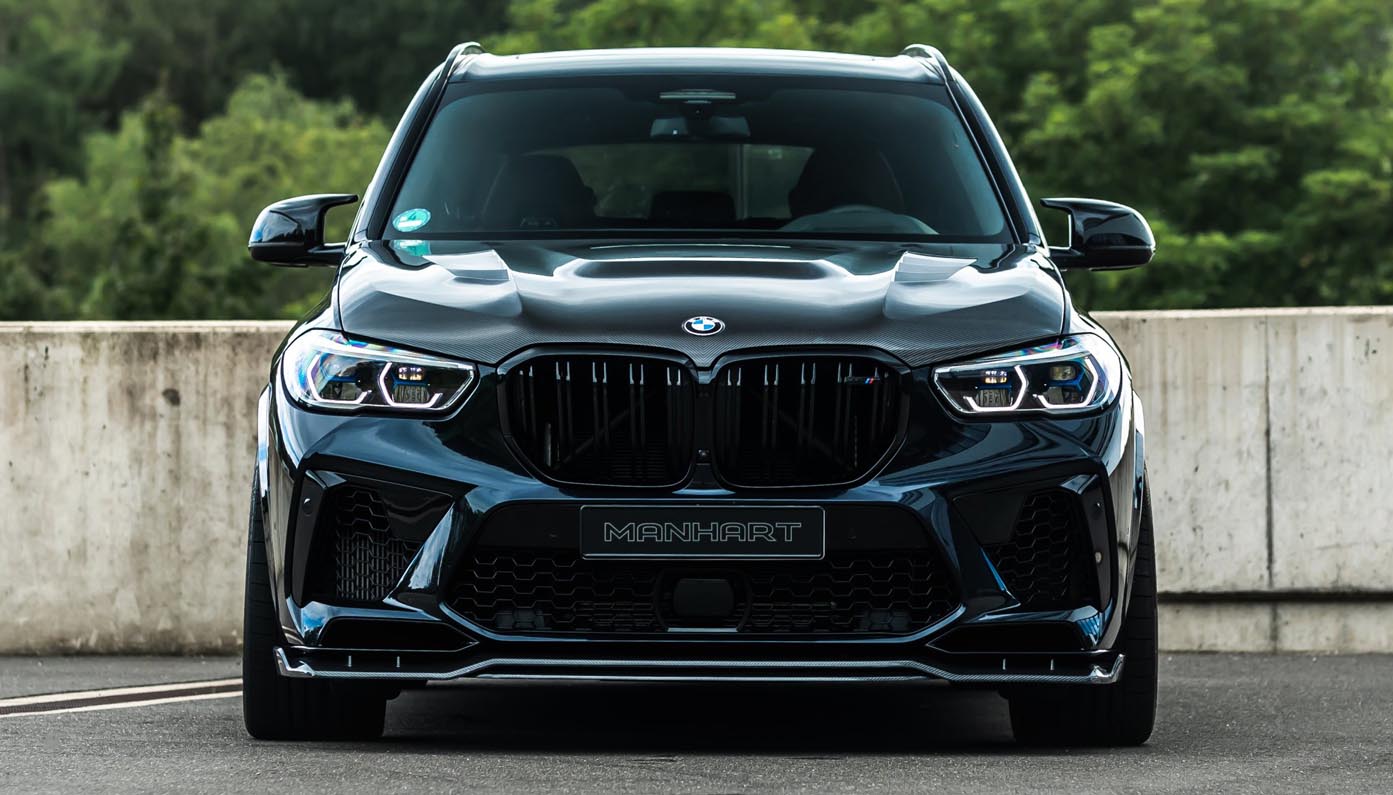 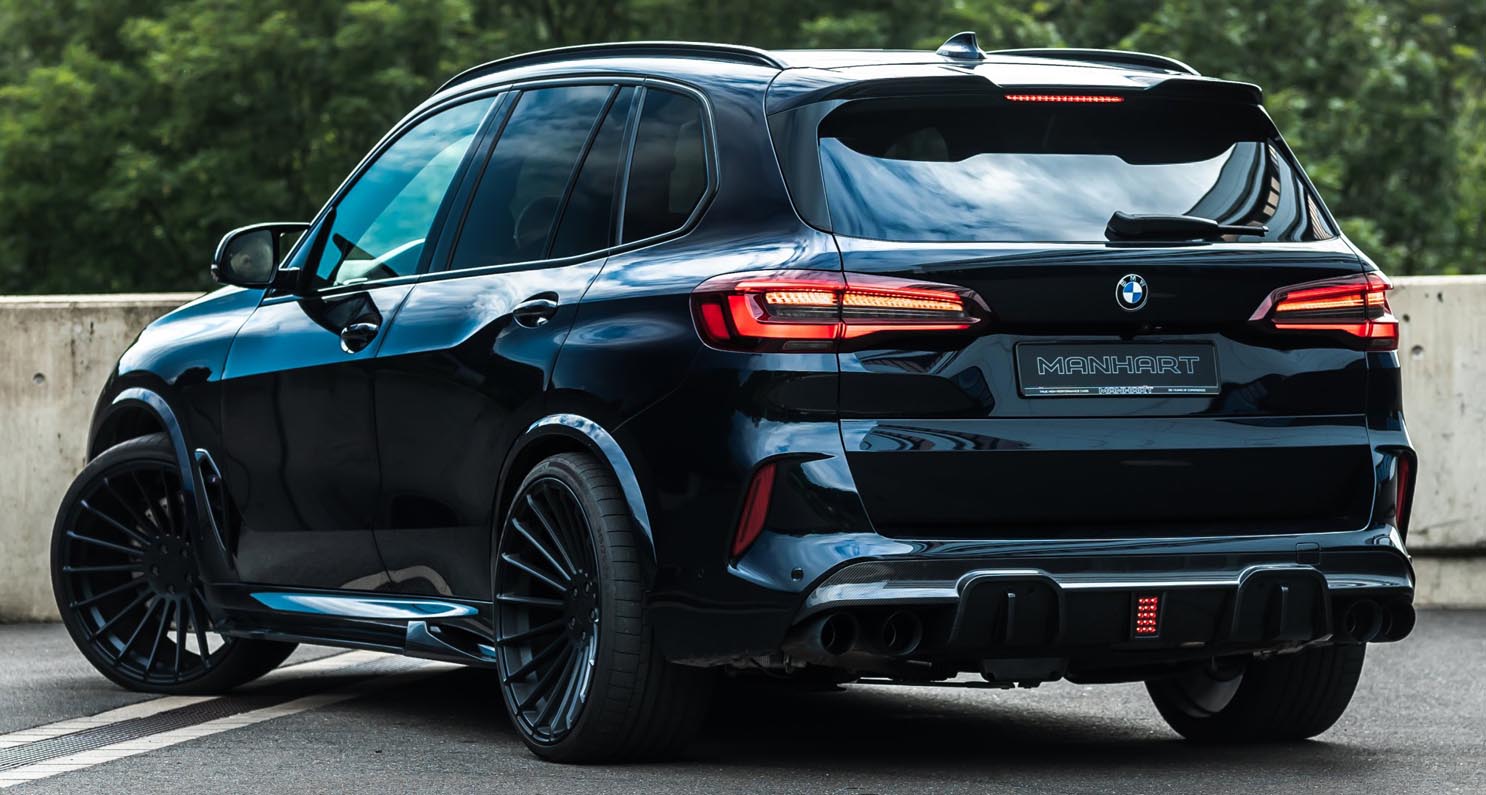 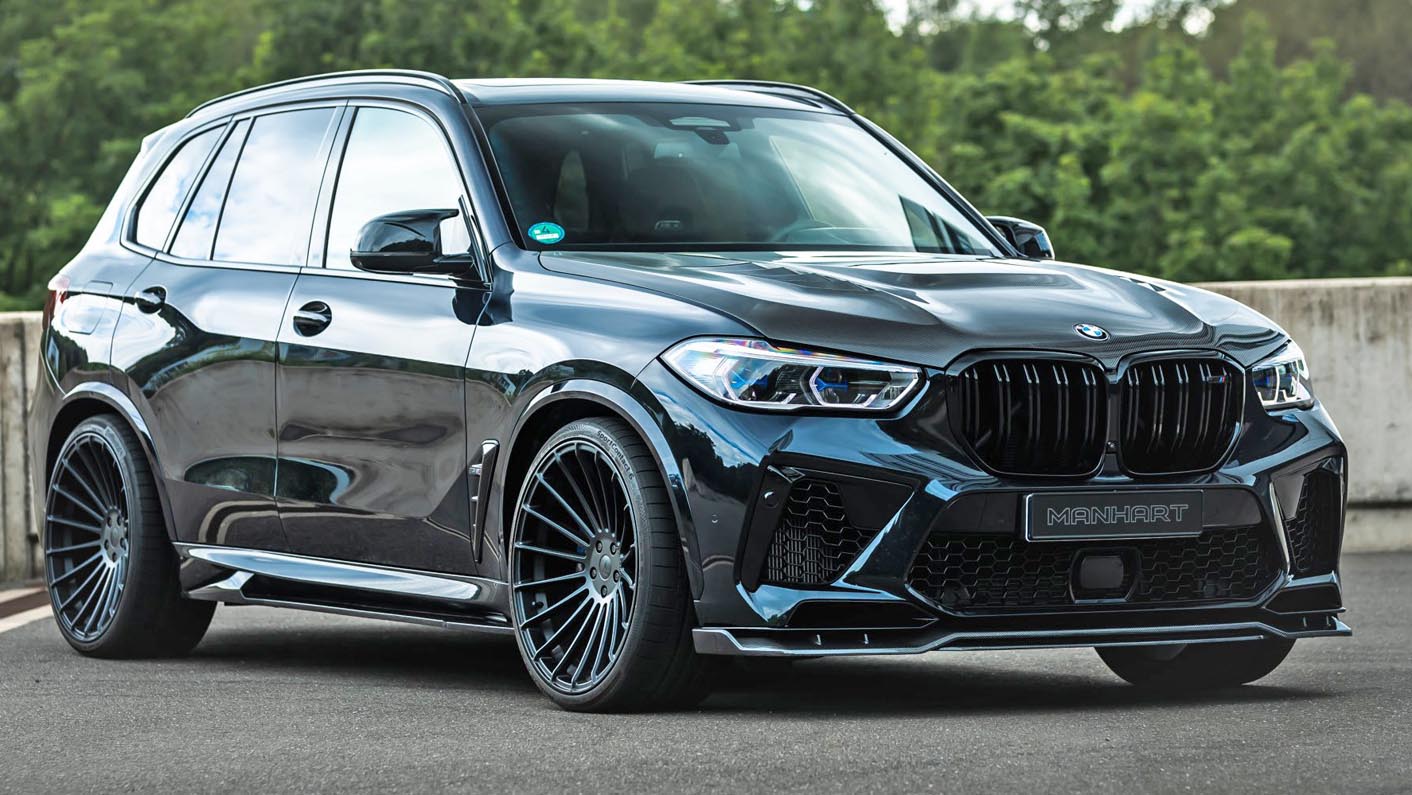 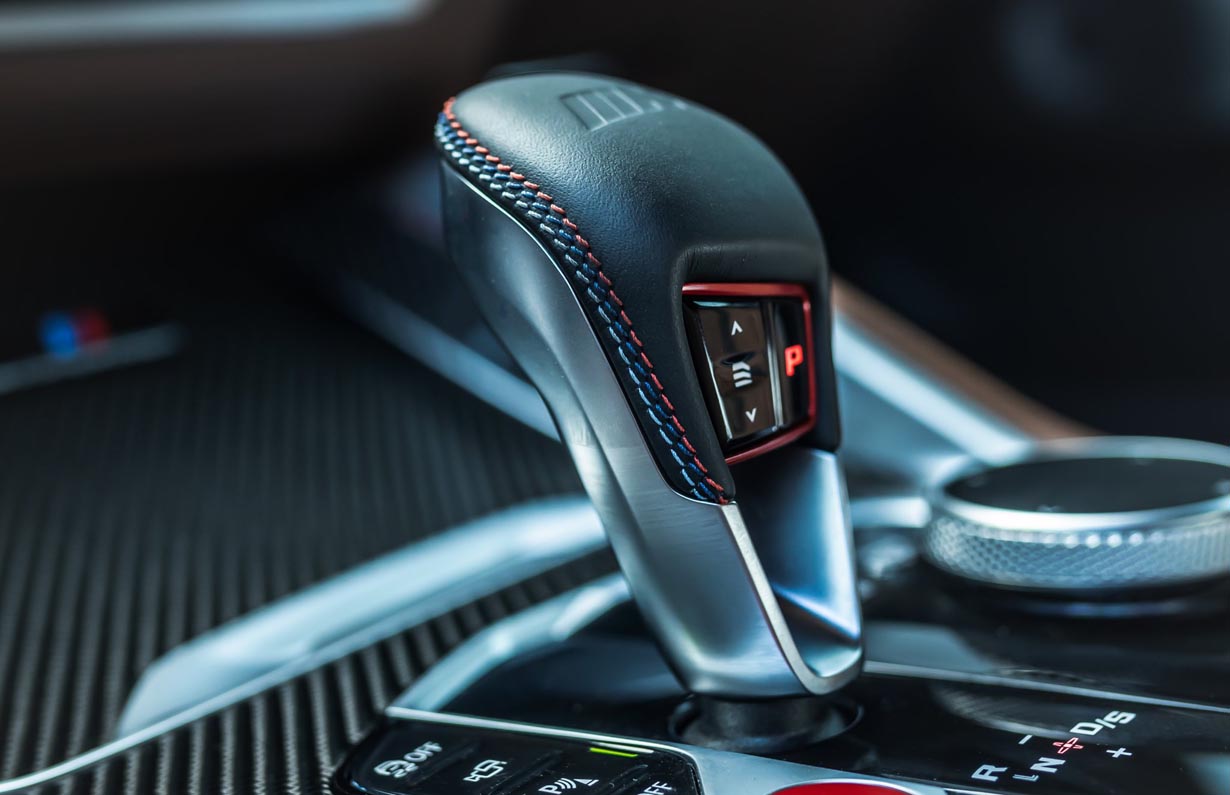 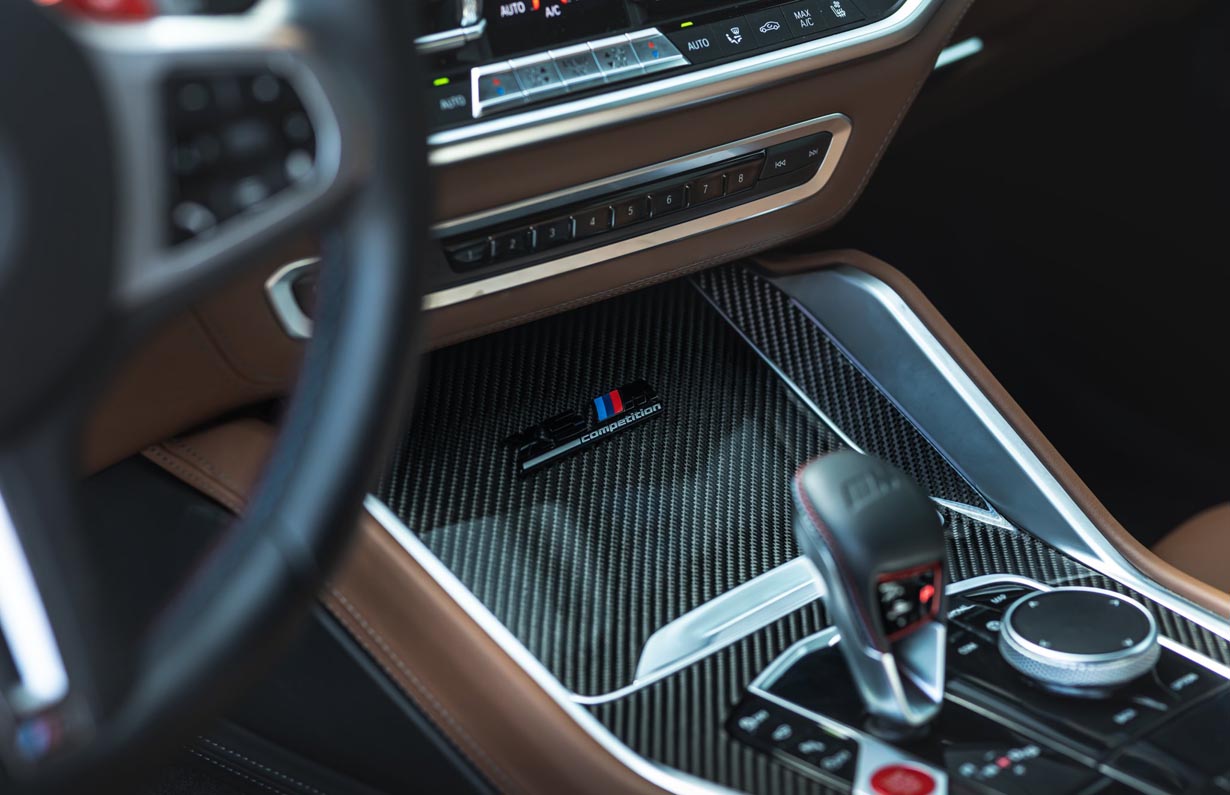 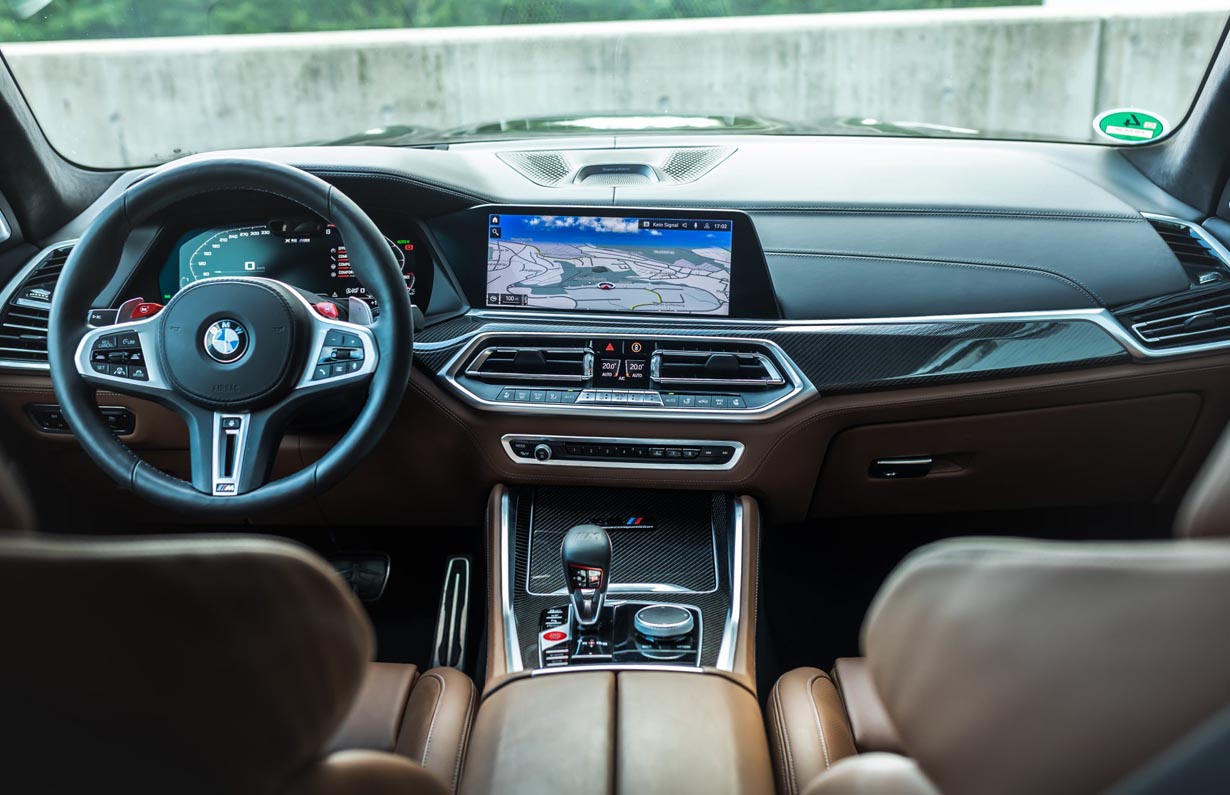 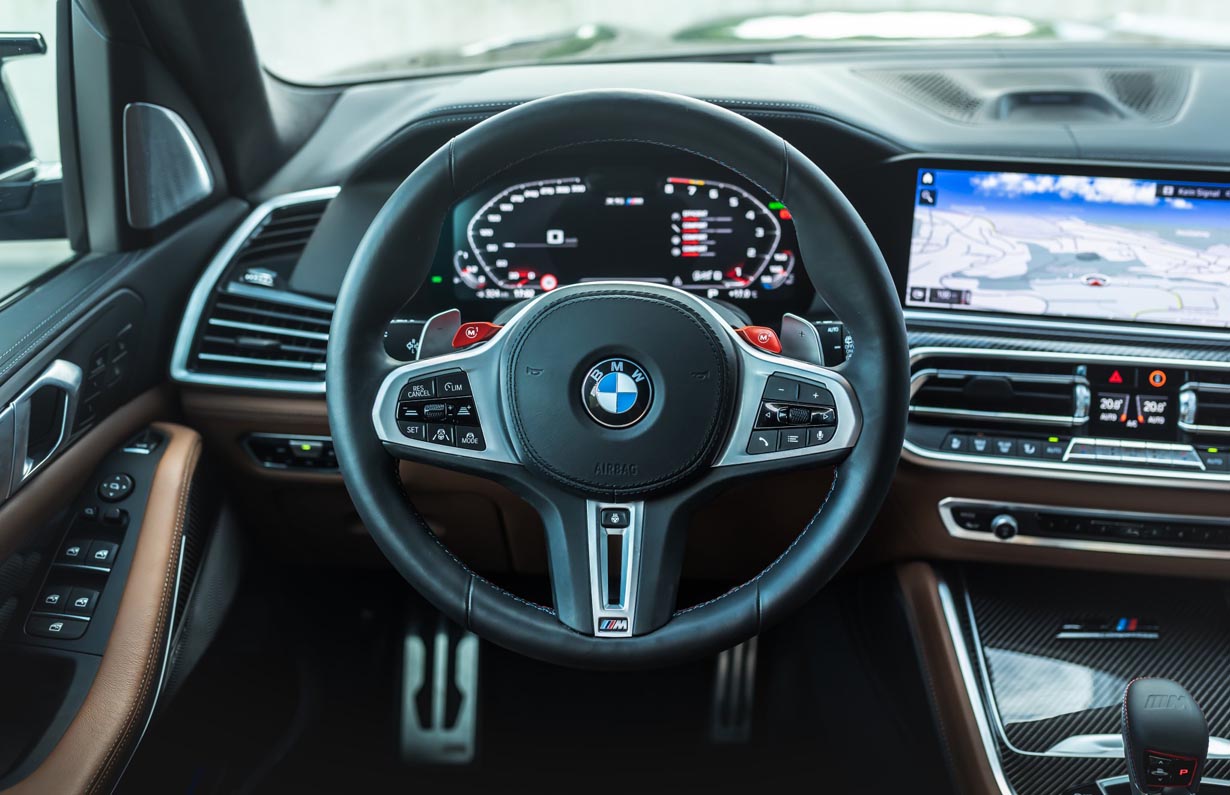 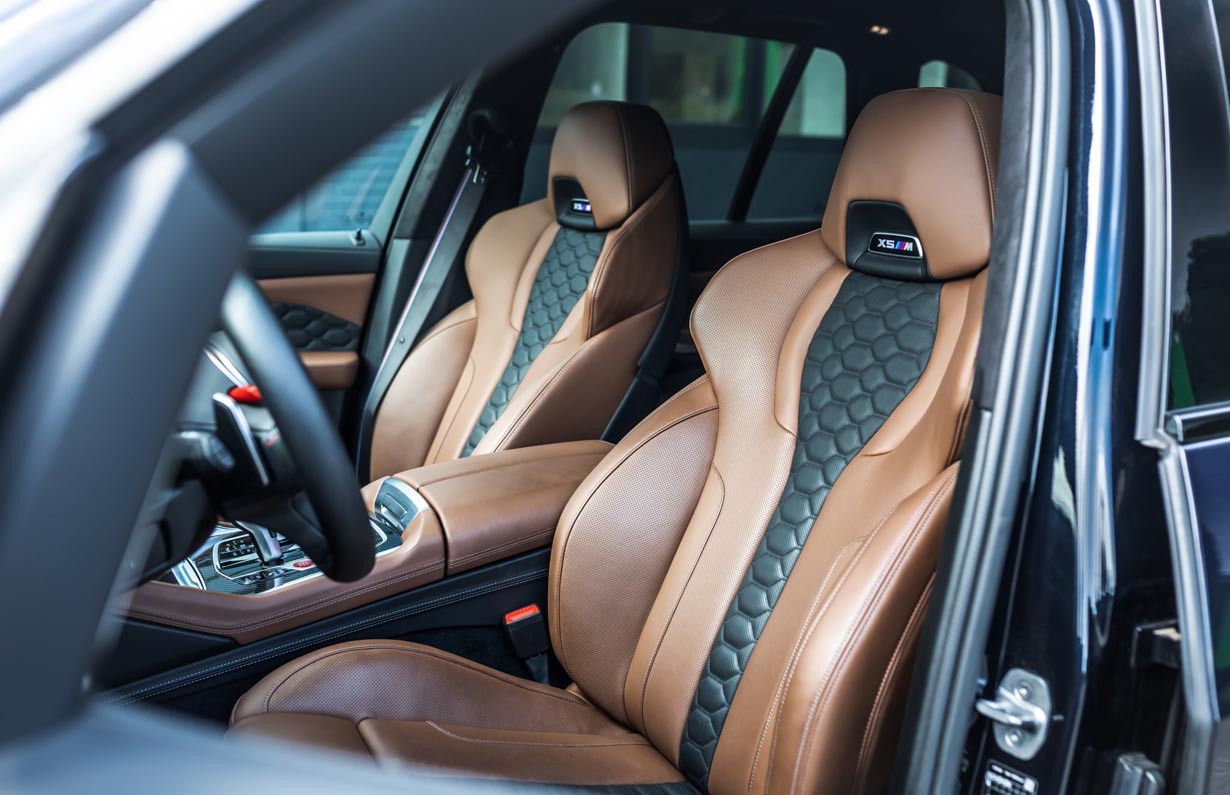 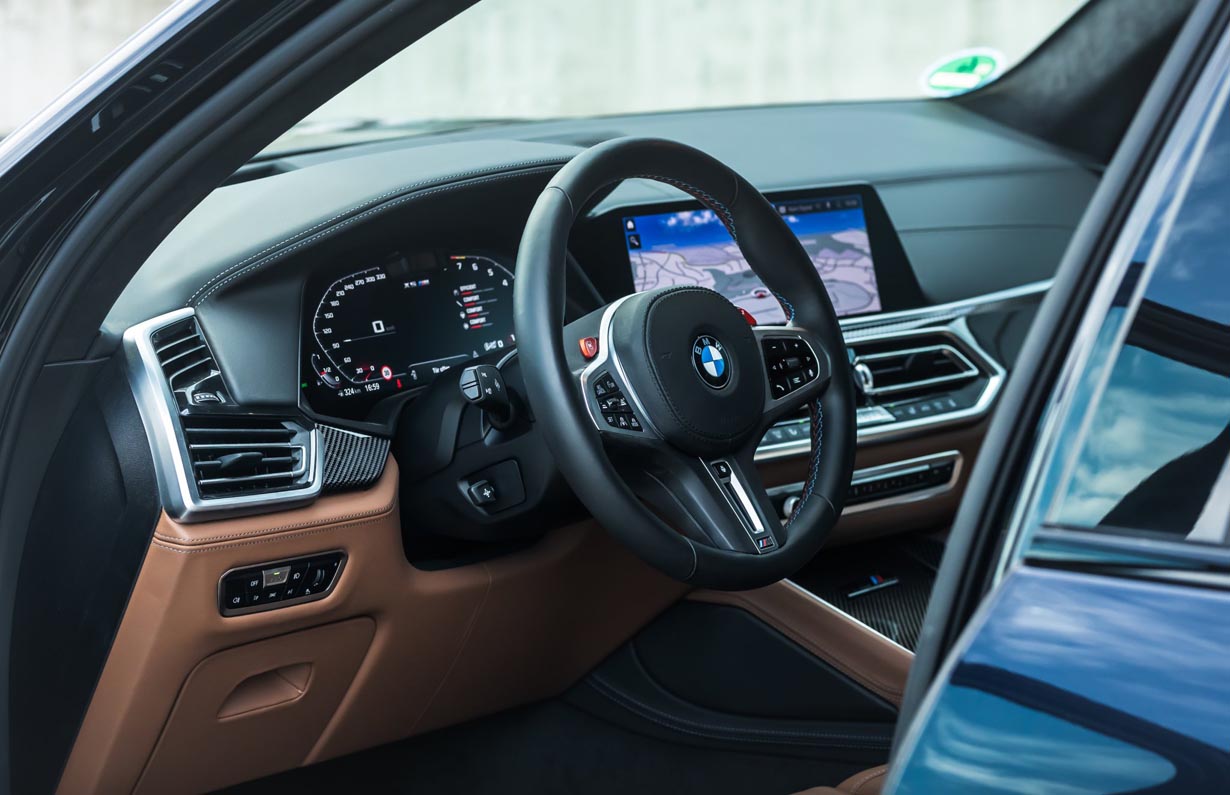 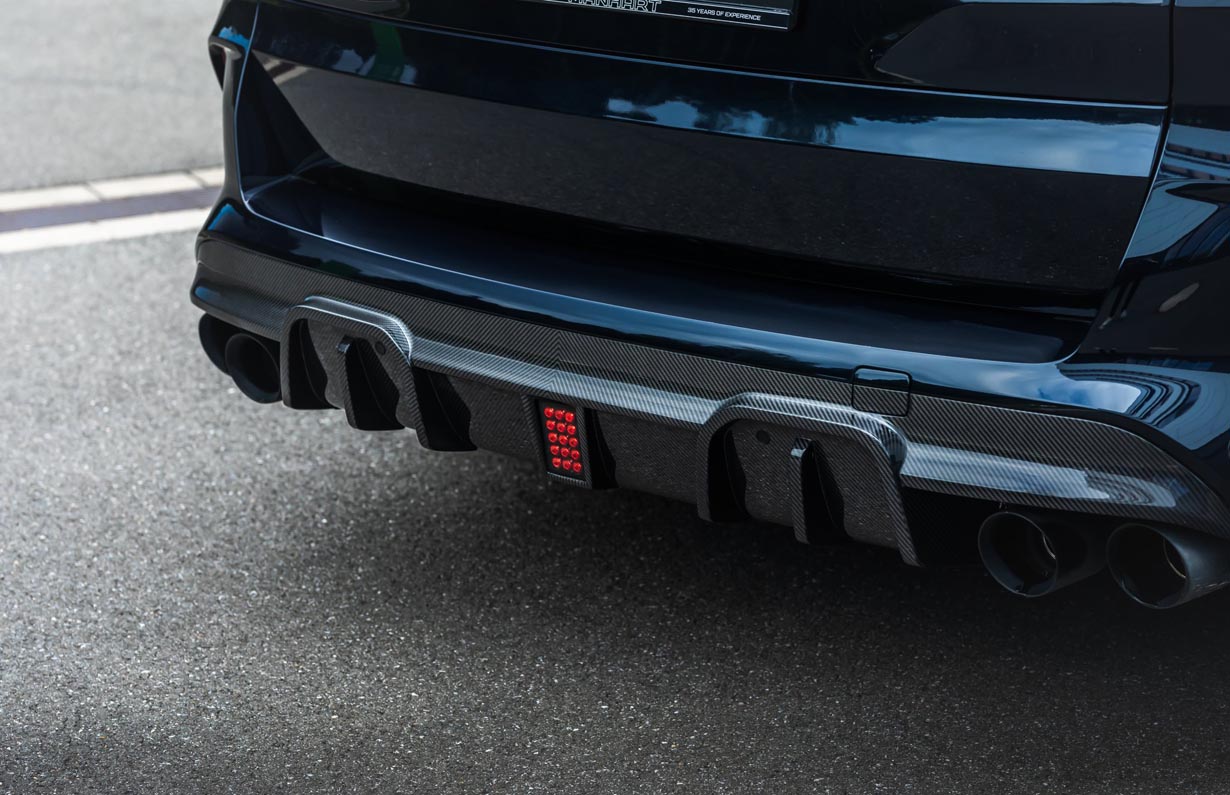 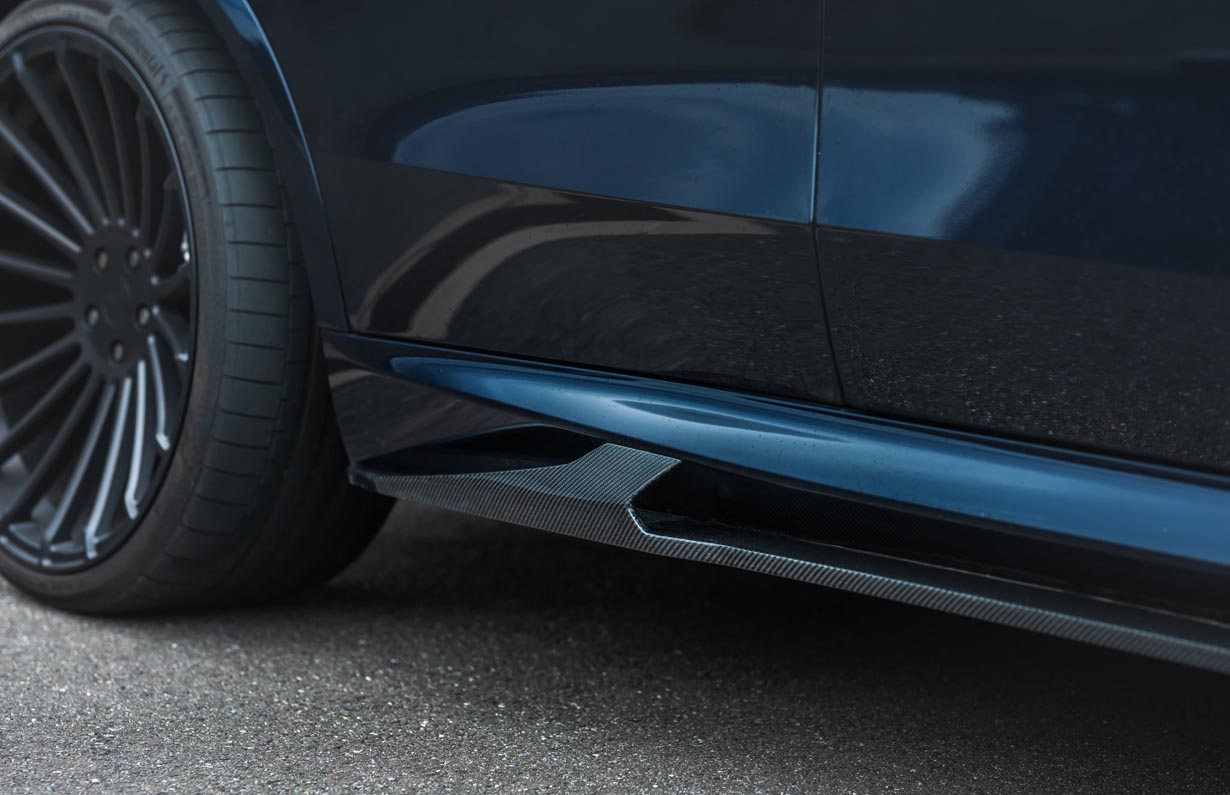 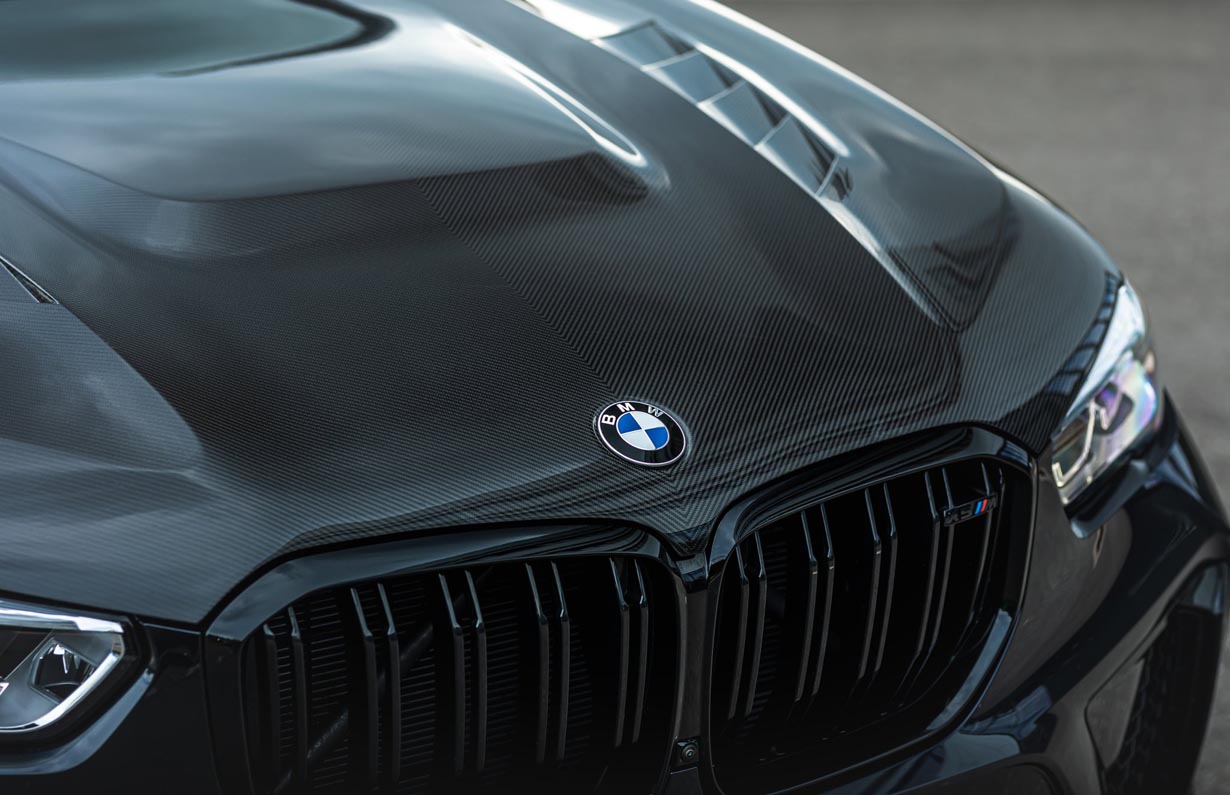 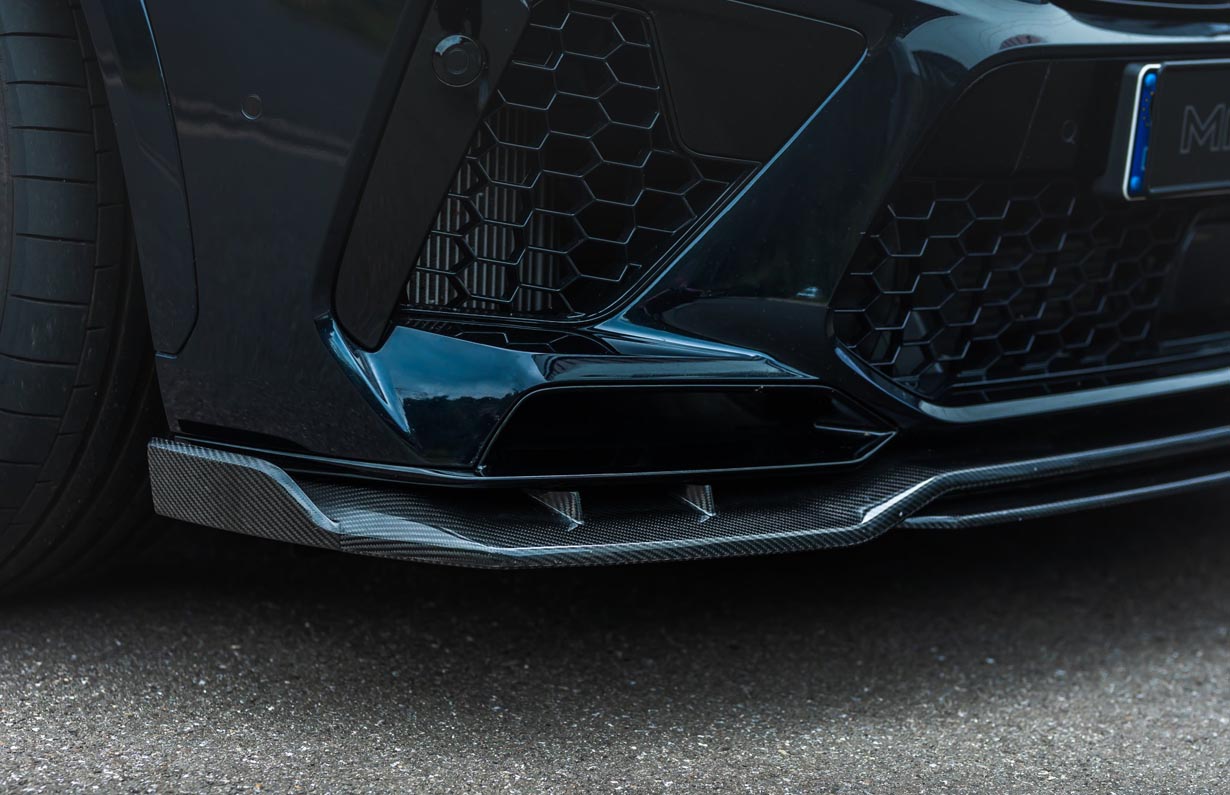 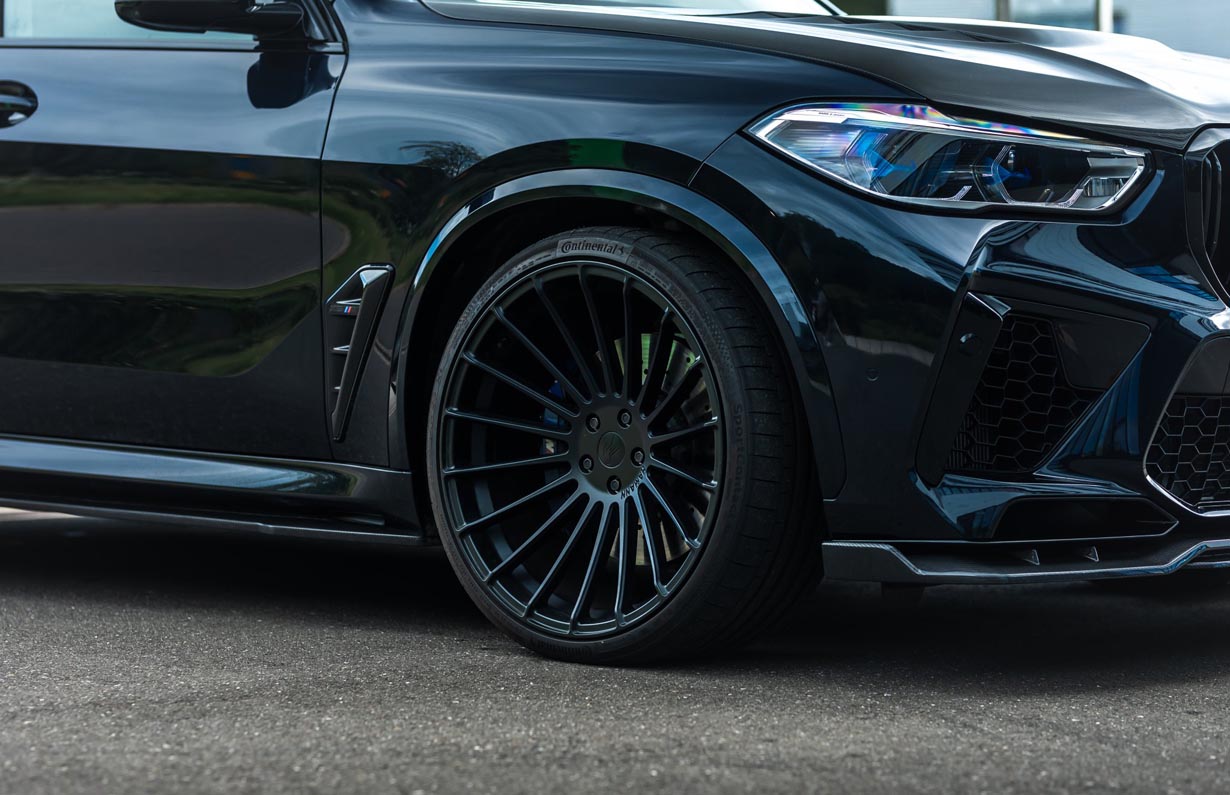