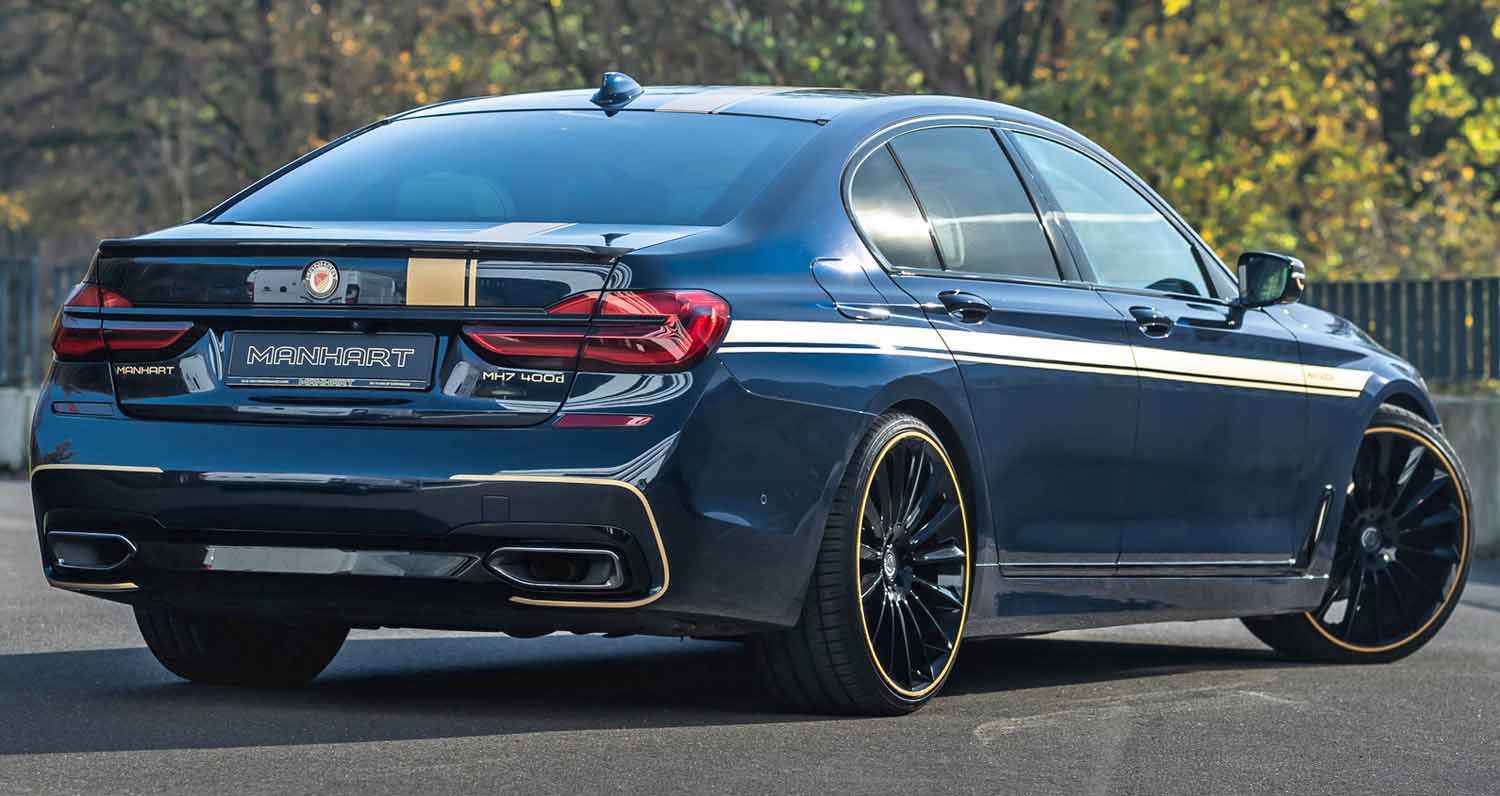 MANHART Performance are particularly well known for their powerful interpretations of top models from BMW M GmbH and other premium manufacturers.

But of course, they are equally adept at refining less obvious vehicles that are blessed with somewhat less power in stock condition. This is proven, for example, by the new creation, the MANHART MH7 400d.

As the name suggests, the basis in this case is a specimen of BMW’s 7 Series luxury sedan. More precisely, a representative of the G11 series. It’s not one of the powerful gasoline top versions à la 750i, or even M760Li, but rather a 740d xDrive.

Manhart pushed the output and maximum torque of its 3.0-liter inline six-cylinder turbodiesel engine from the standard 320 hp and 680 Nm, to a whopping 405 hp and 790 Nm. This was achieved by using the in-house ECU remapping, in conjunction with the MANHART Turbo Performance kit, including a turbocharger upgrade.

The eight-speed automatic transmission also received an upgrade. In this case, however, the exhaust system remained in its standard condition. However, and individual tuning configurations in this respect can be applied upon request. The same applies to the brake system and the interior.

The exterior appearance of the large BMW sedan has also been extensively revised: The lowering of the factory air suspension by about 20-30 millimeters, which ensures an even more dynamic appearance, was achieved by Manhart through the use of new coupling rods. I

n addition, MANHART Venturi alloy wheels in the lush dimensions of 10×22 and 11×22 inches now sit in the wheel arches – perfectly aligned with the fender edges with the help of 15 mm H&R spacers.

While the finish is basically black, a trim line in gold runs around the rim edge. The mounted tires measure 265/30R22 and 295/25R22 respectively.Further sporty accents are set by a carbon spoiler lip on both the front apron and the trunk lid.

Last but not least, Manhart trim set with its characteristic decorative stripes and lettering, which run across the entire body, is also downright obligatory. 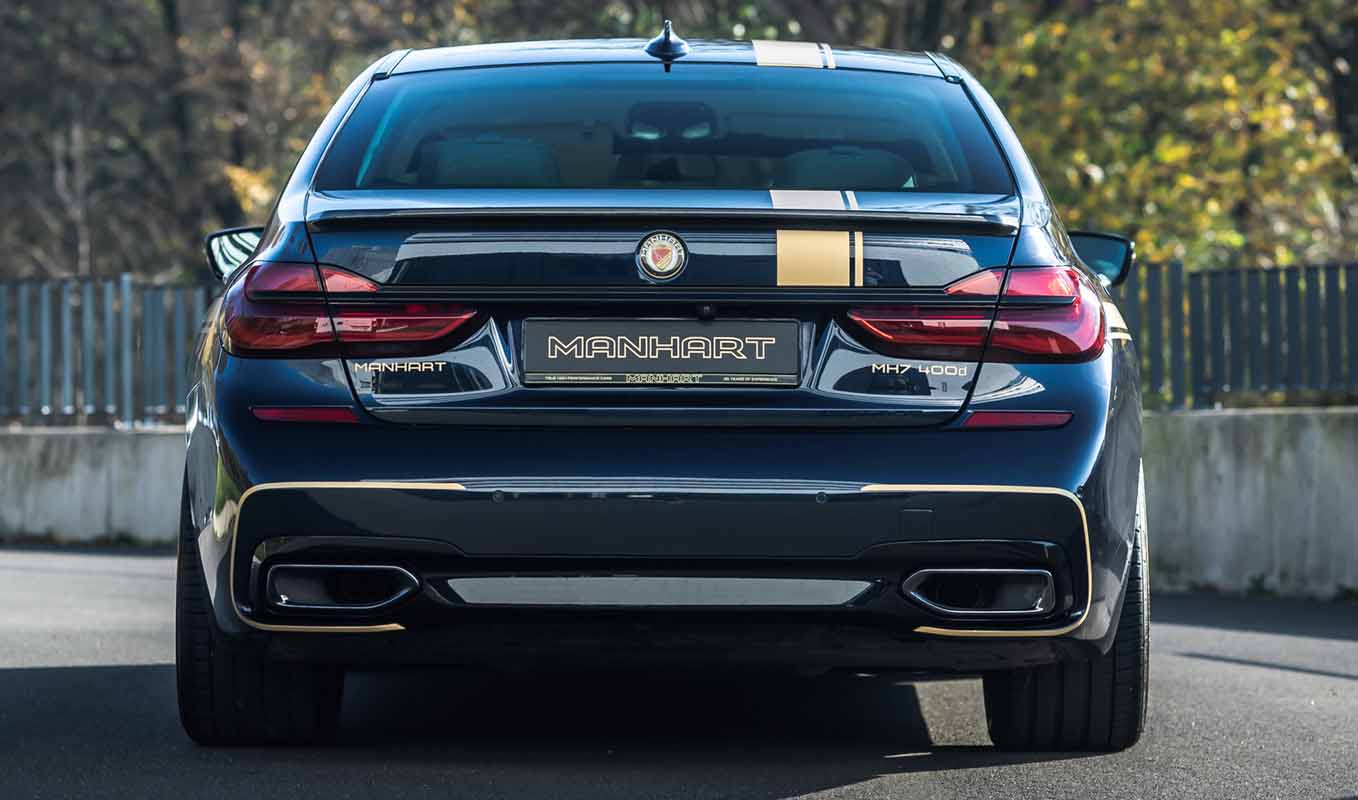 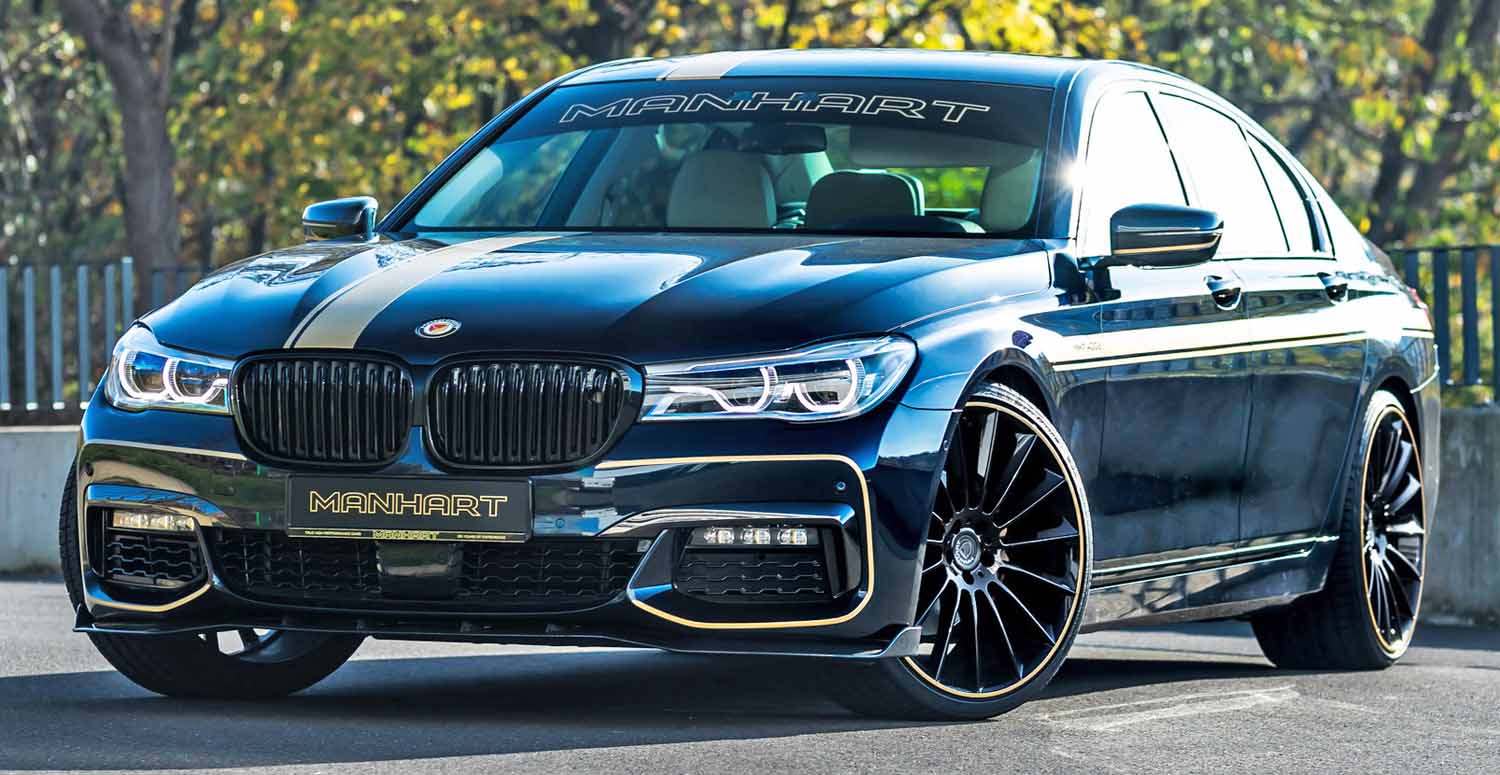 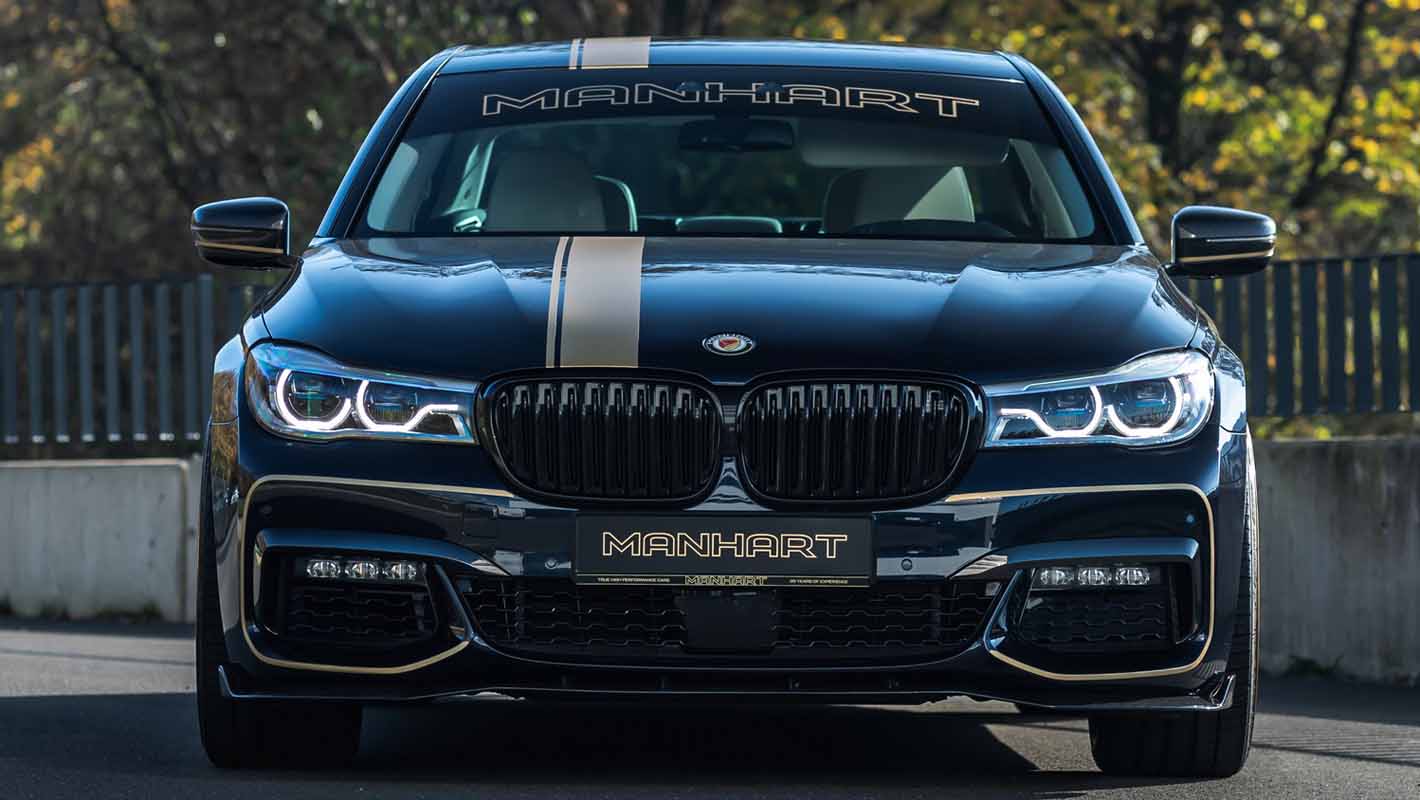 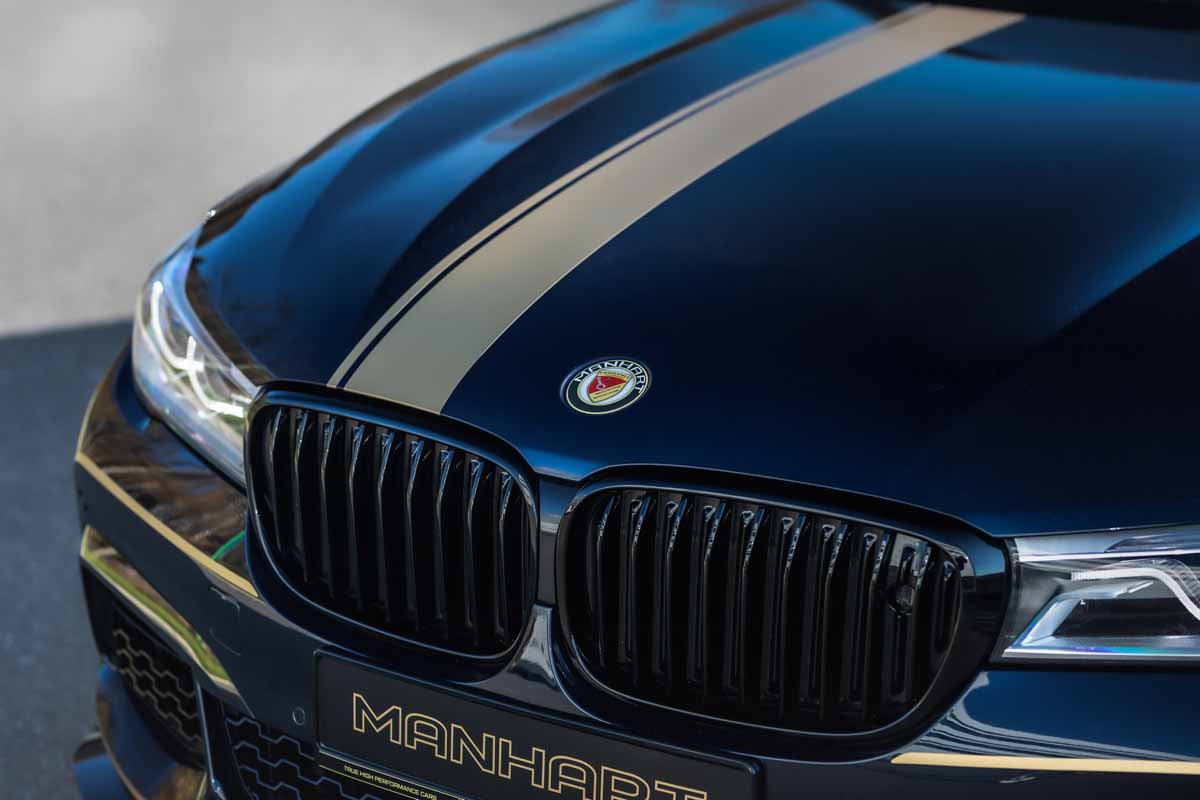 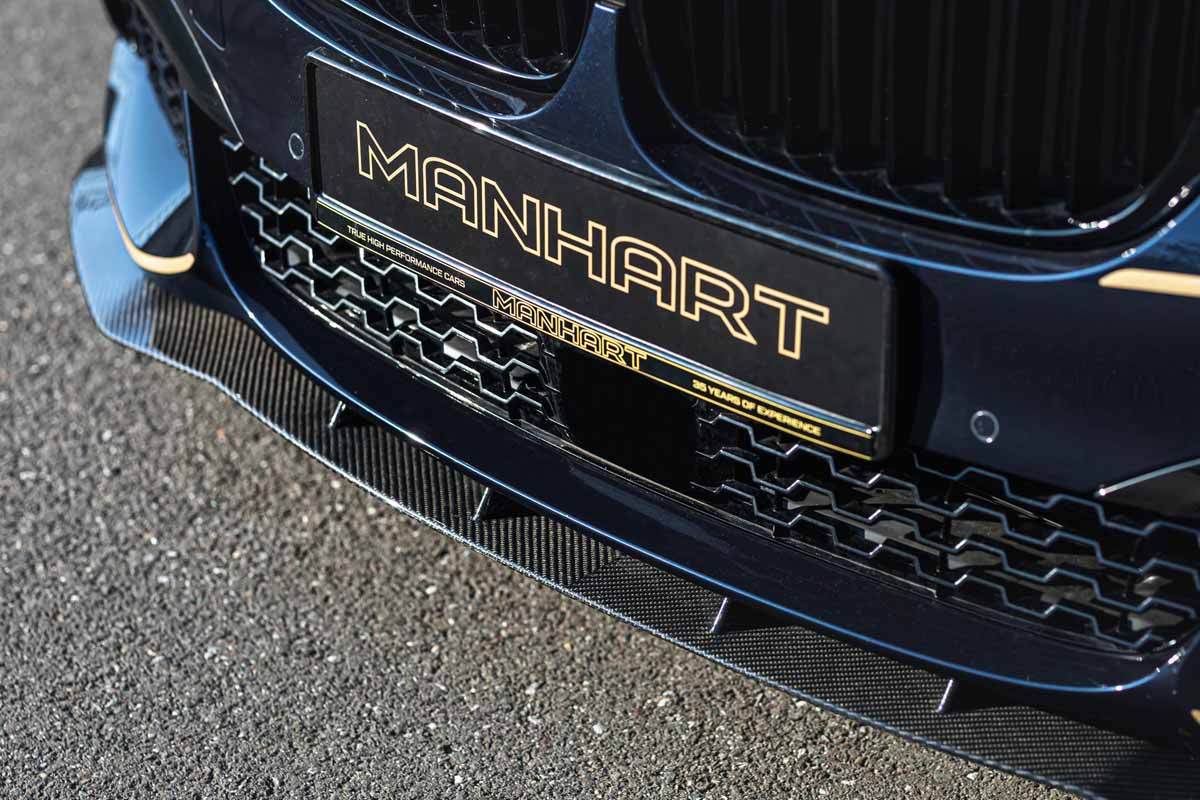 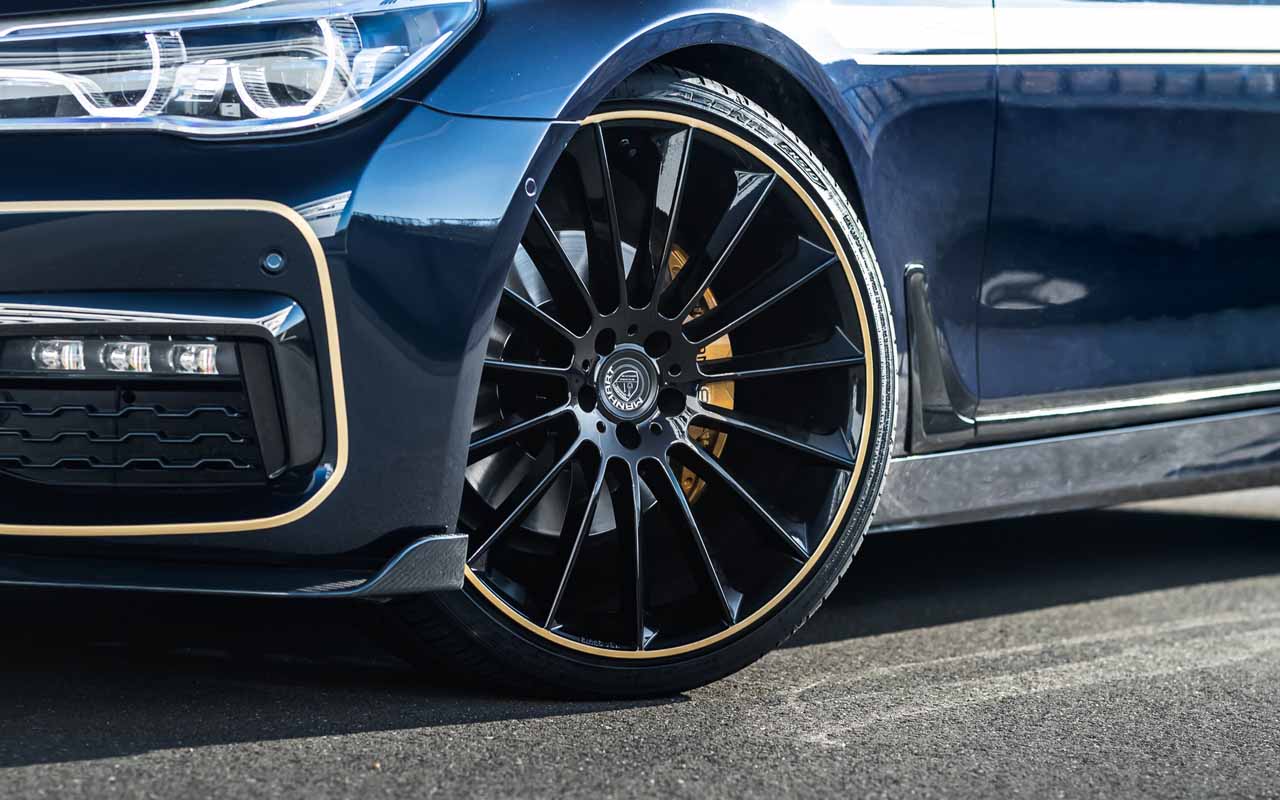 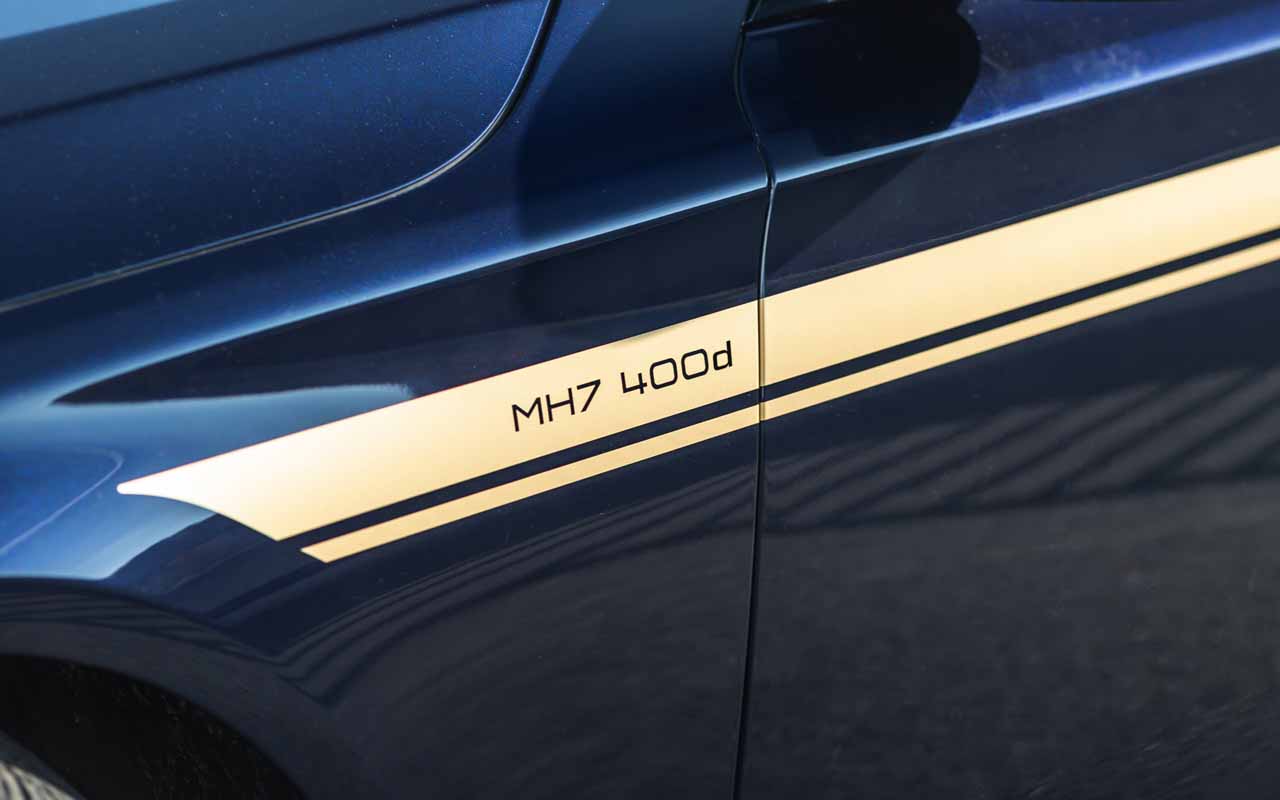 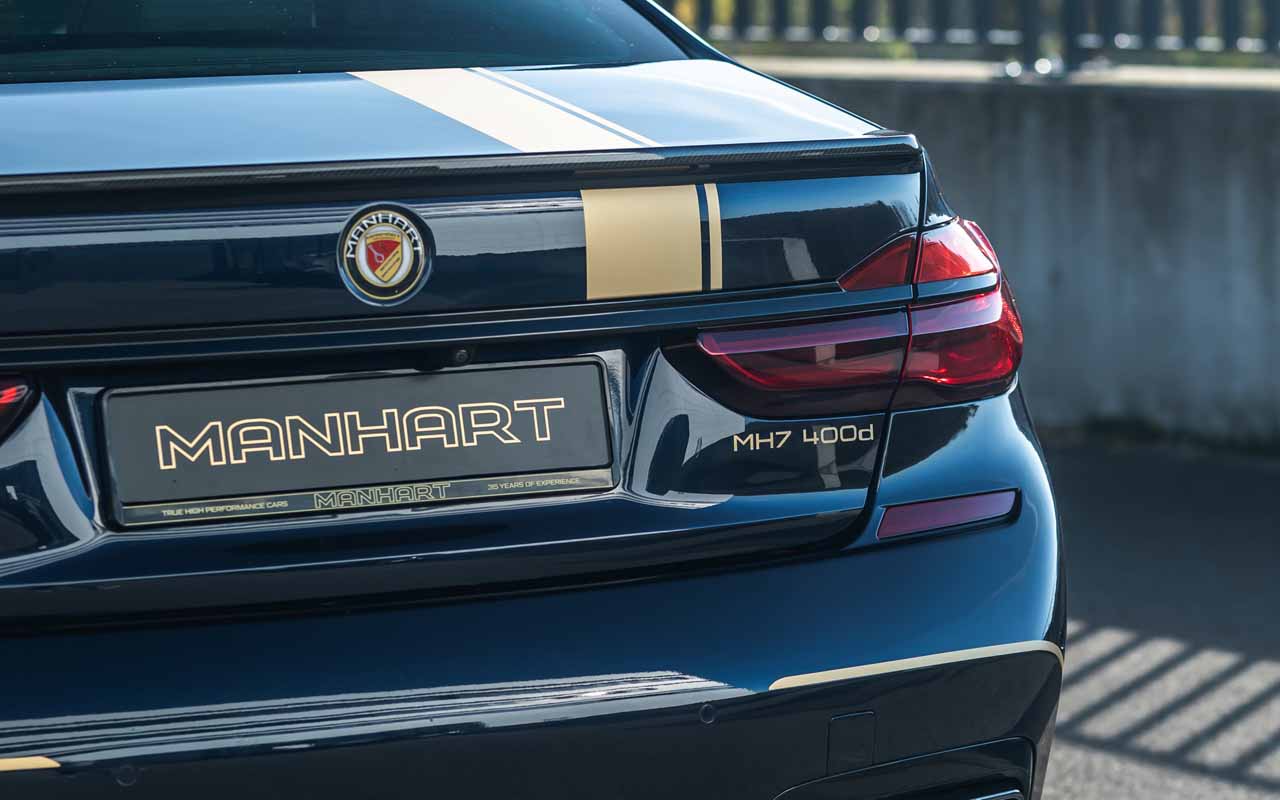 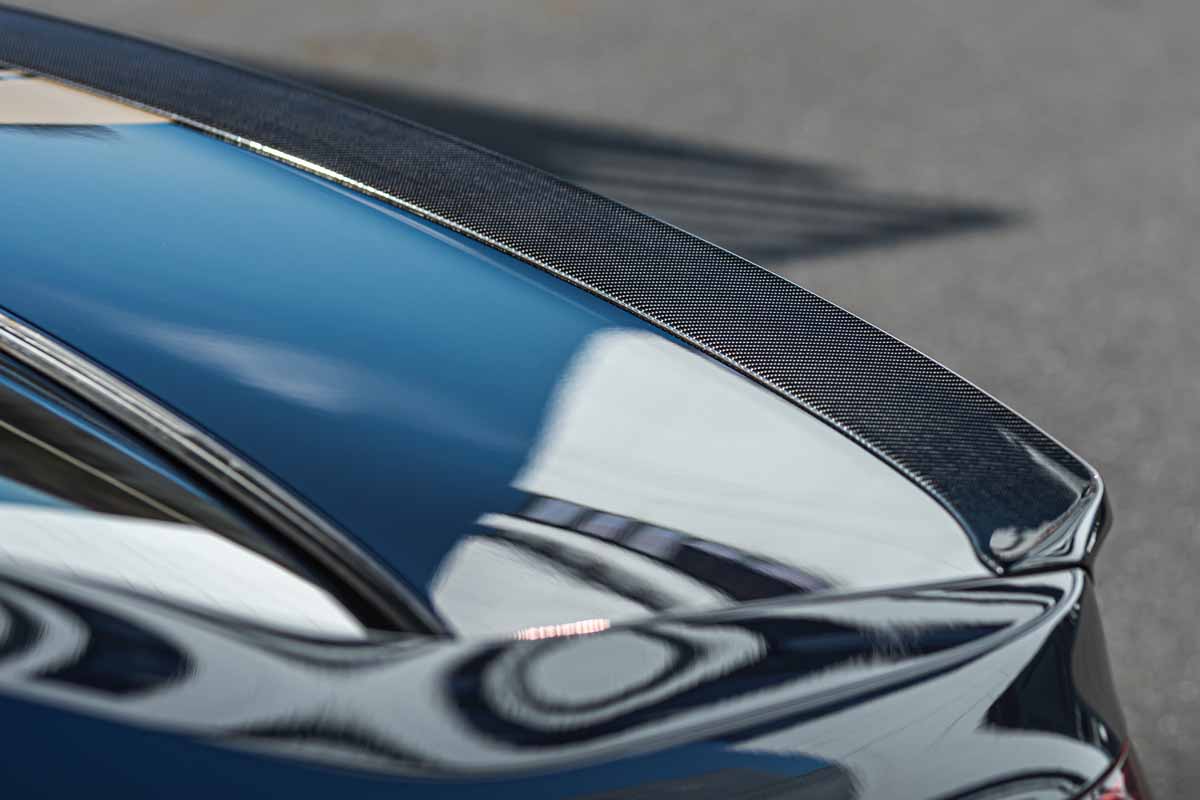 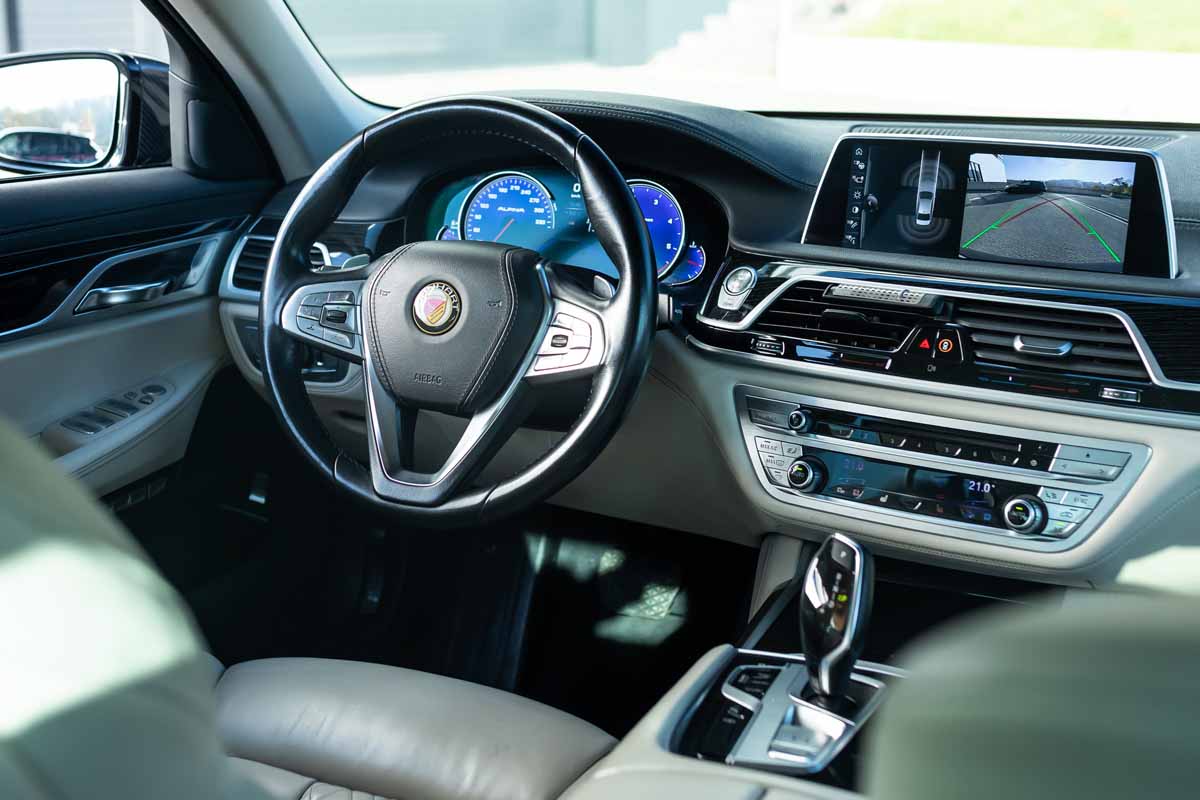 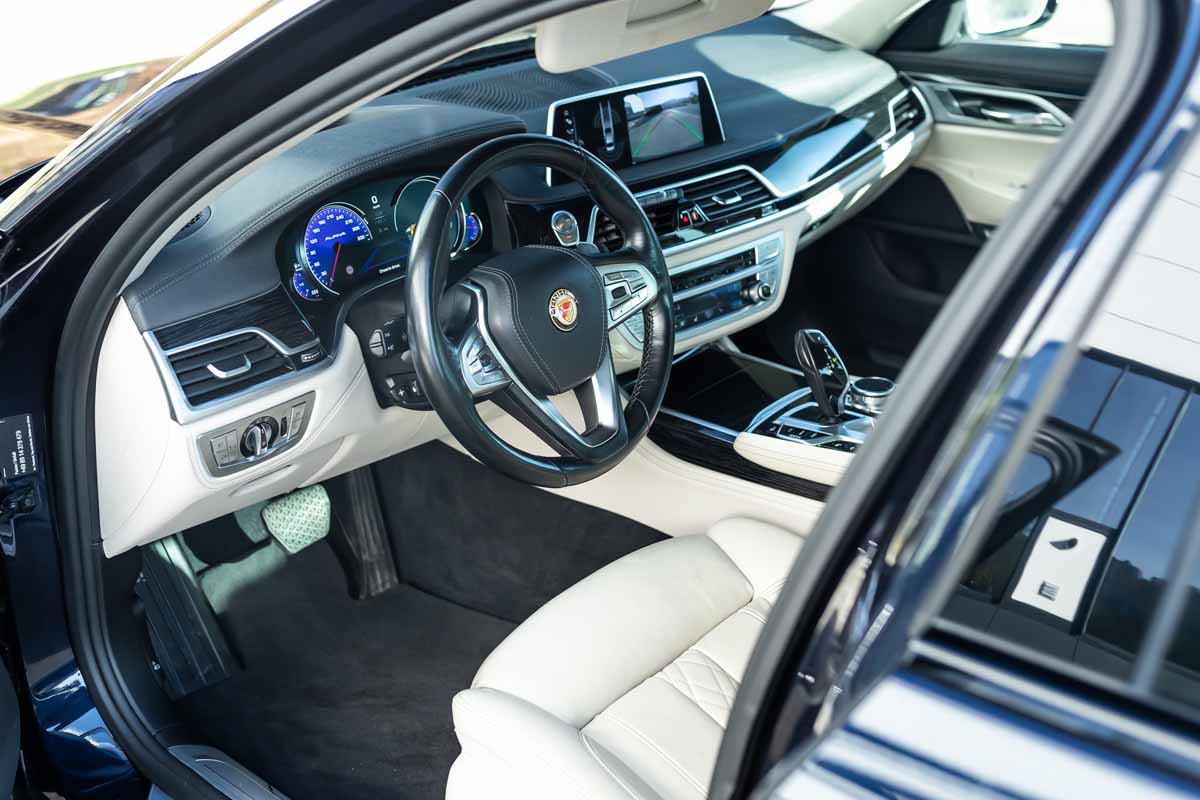 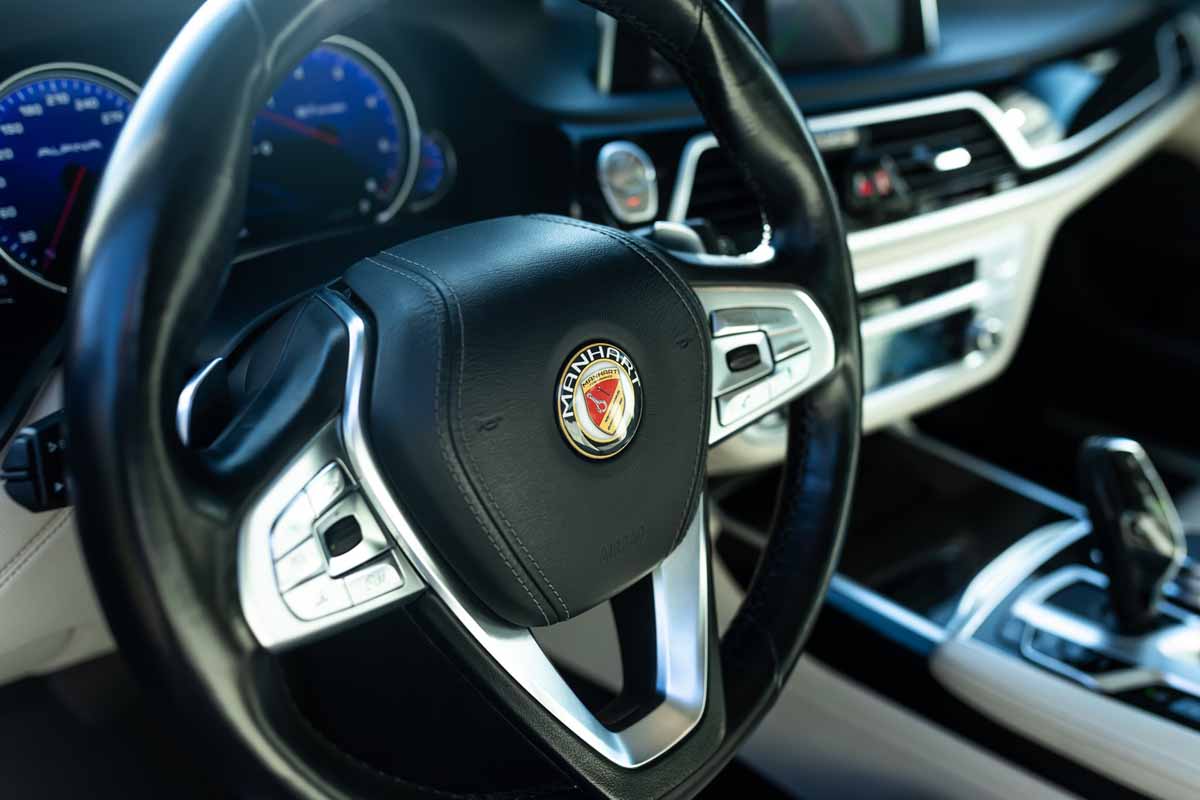 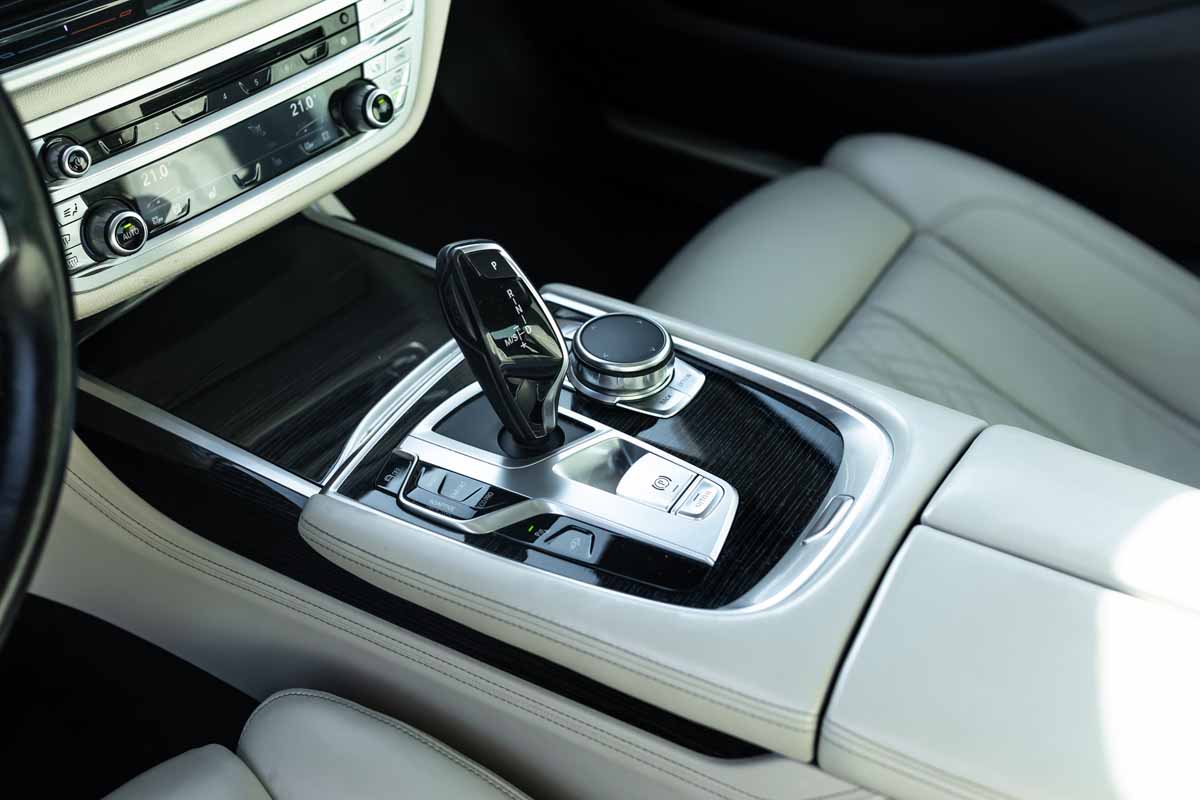 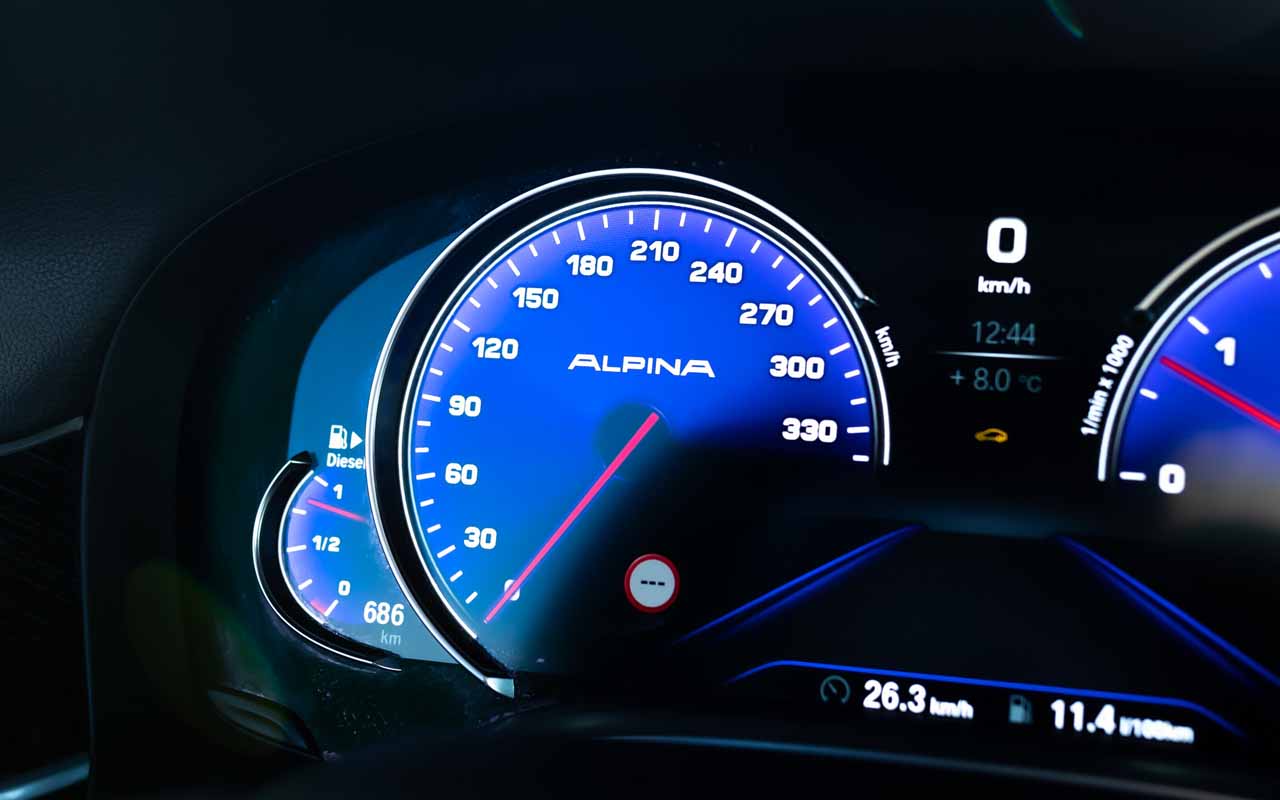 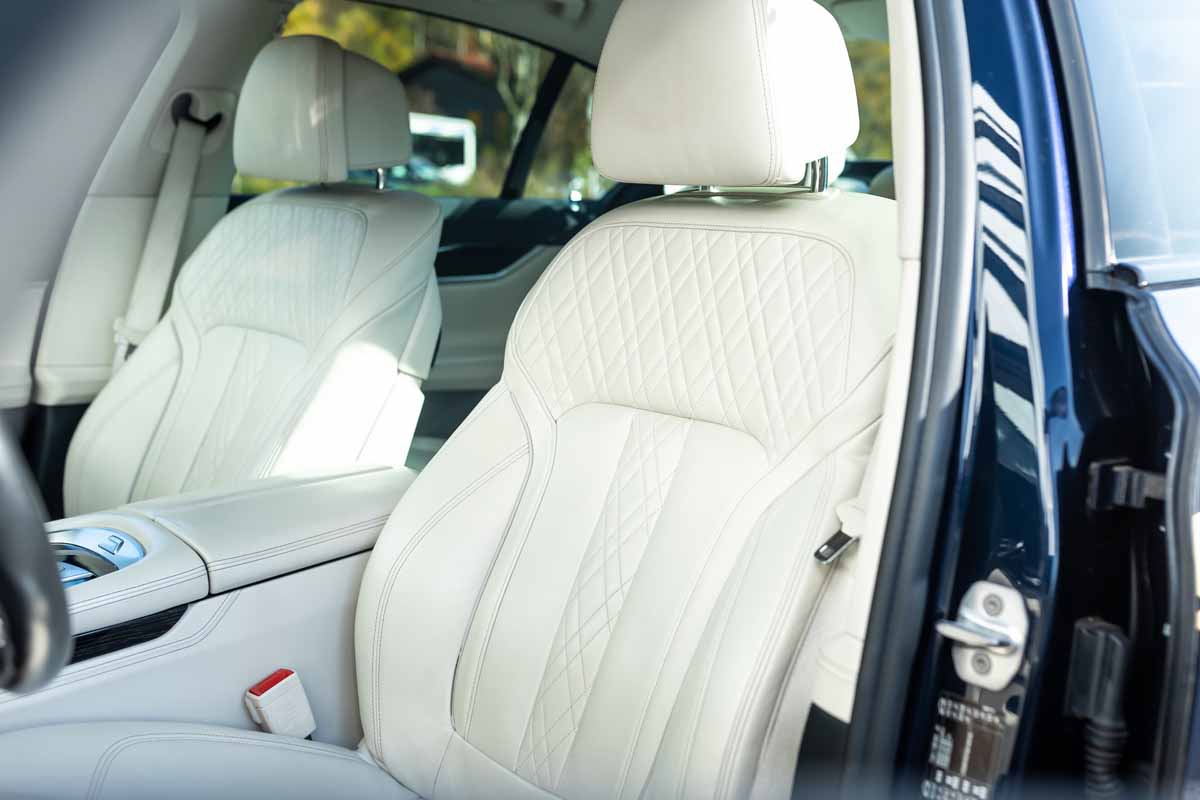 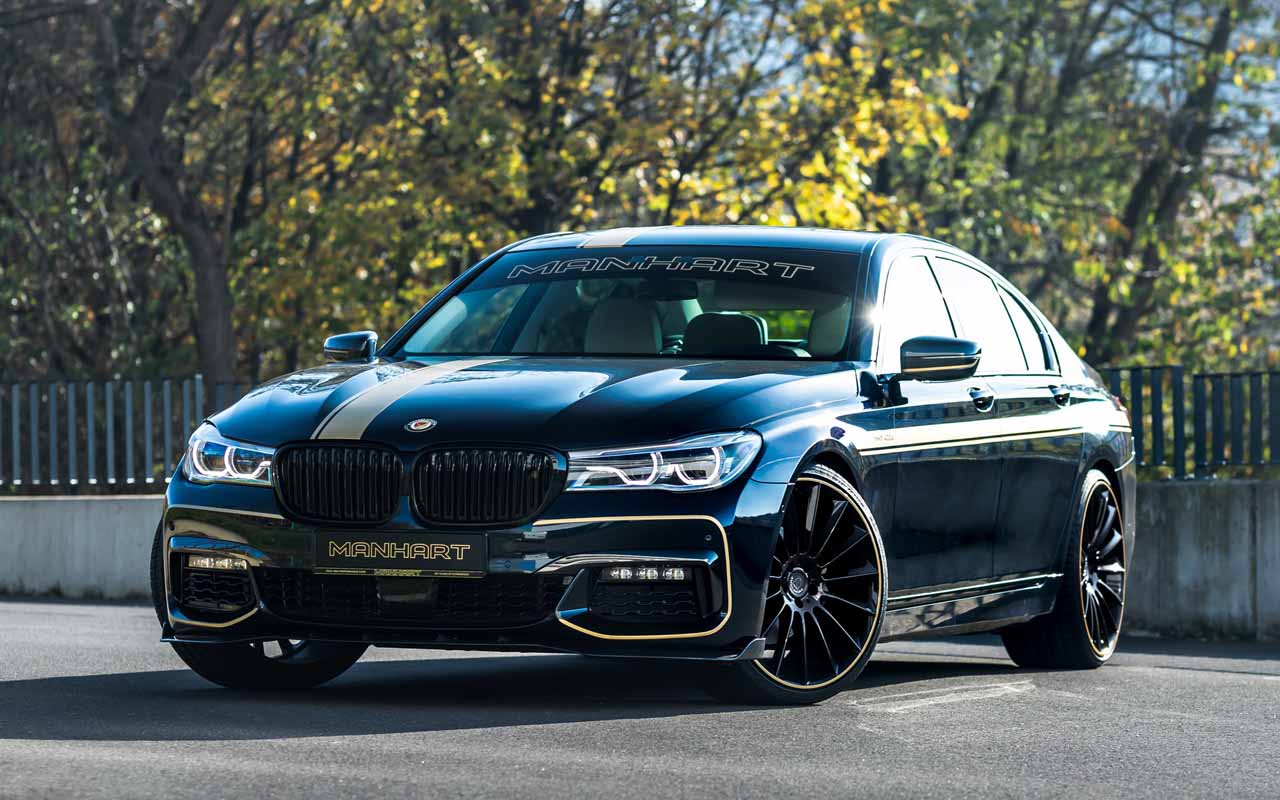 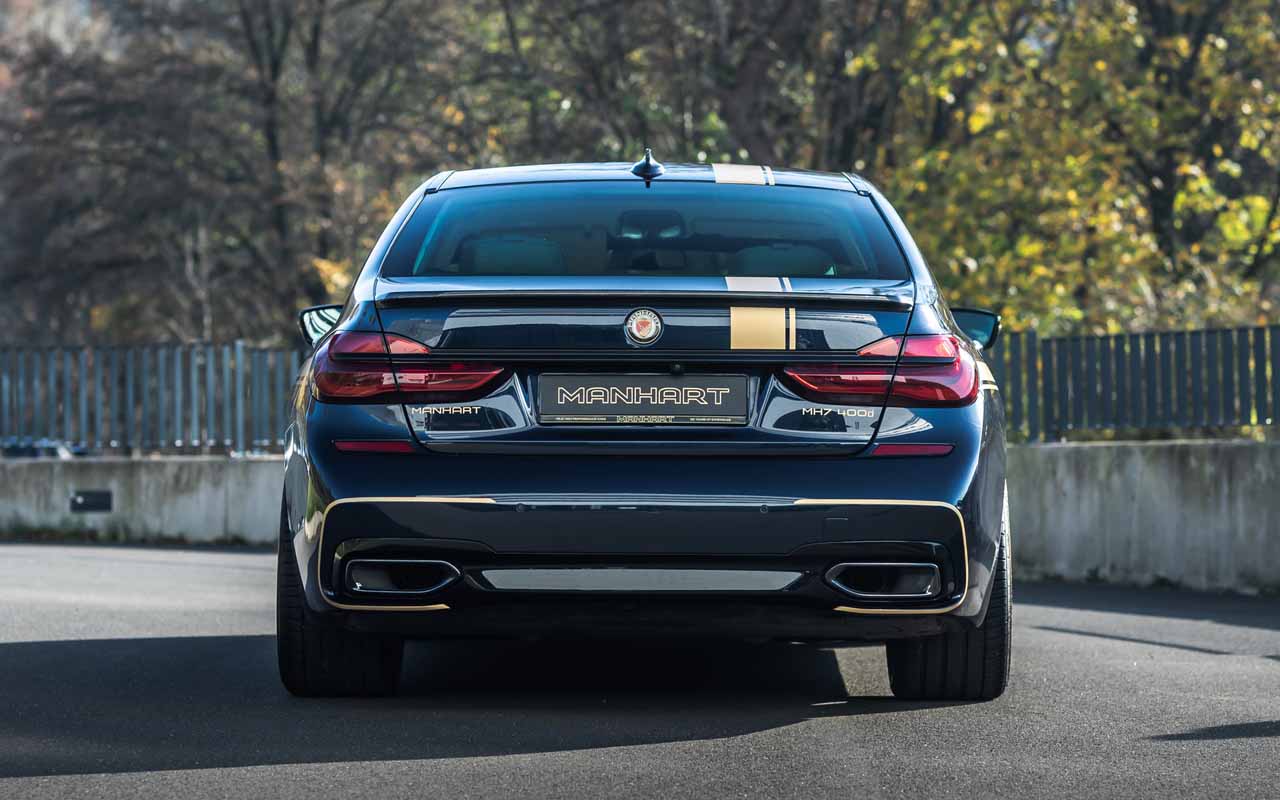 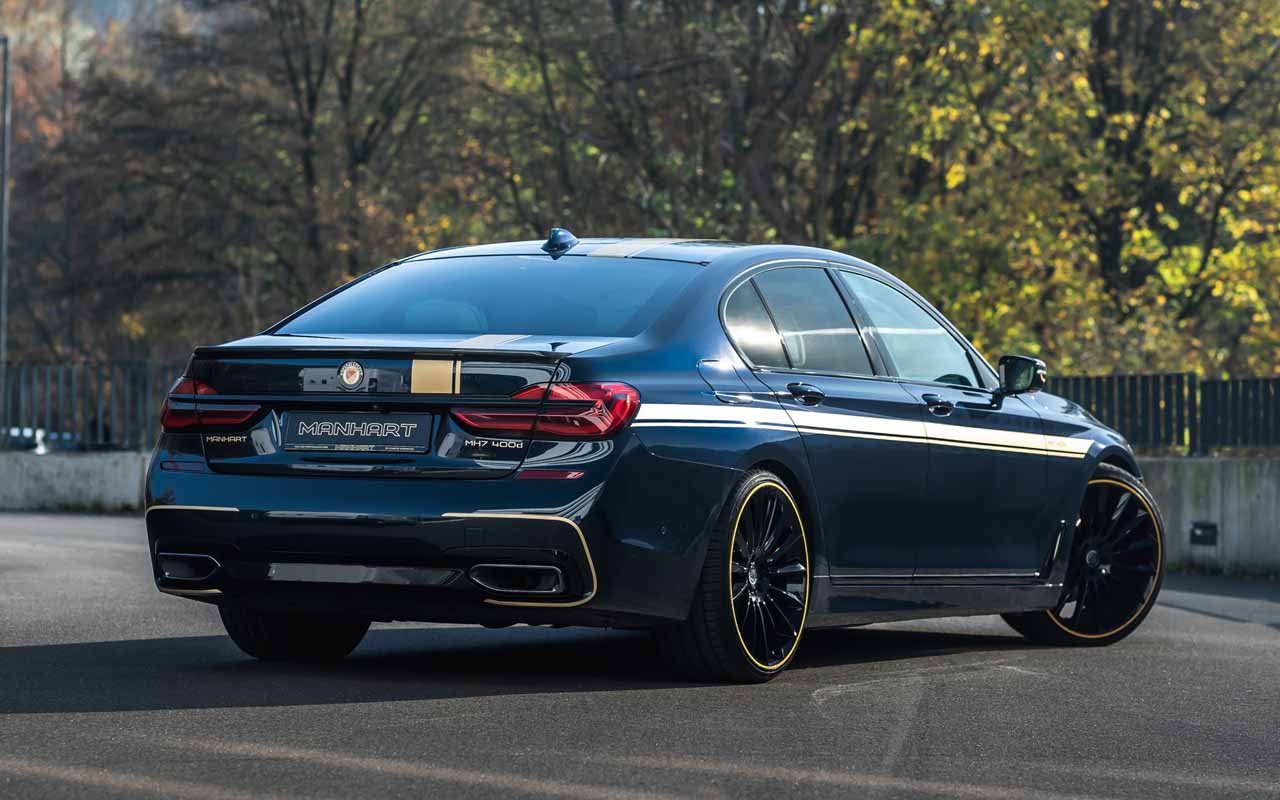 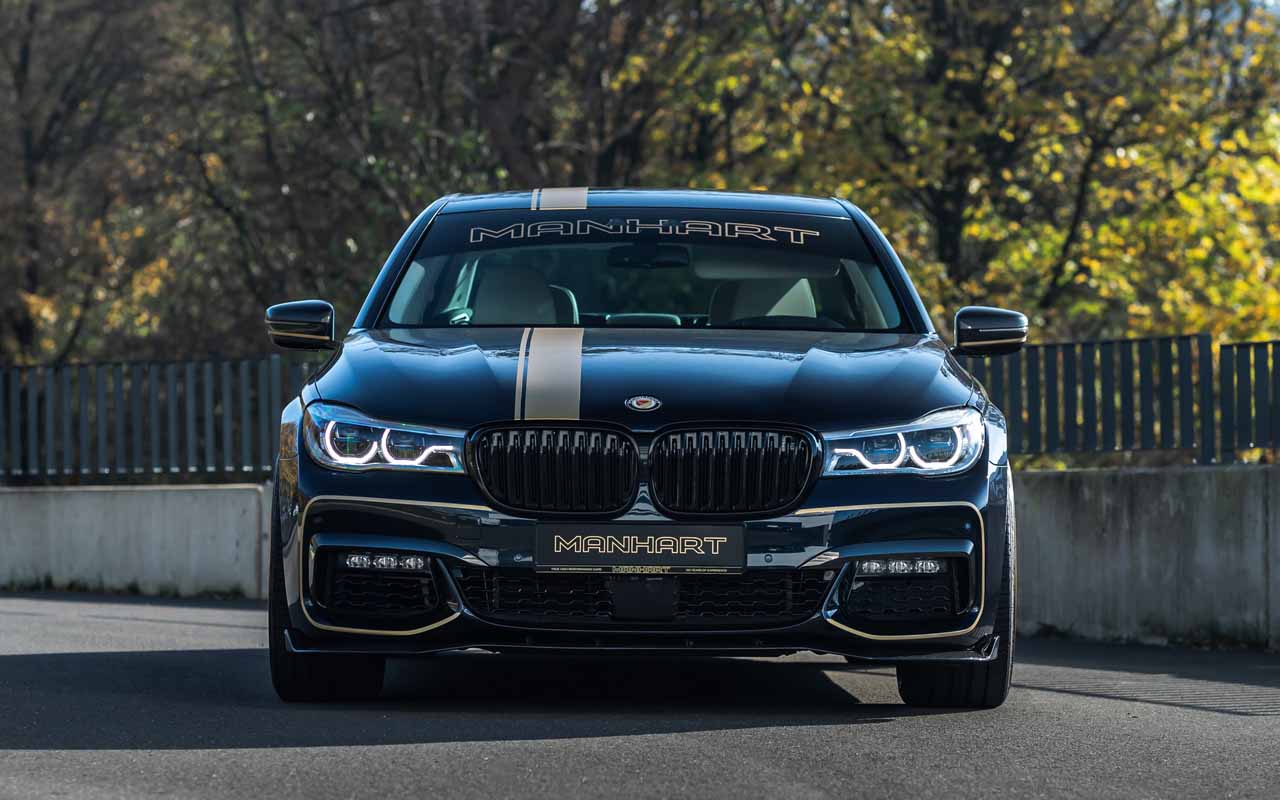