2 Million Dacia Duster: Behind The Scenes Of A Success Story

Dacia is a story where one success leads to another. After the birth of Logan in 2004, it was then a second future star who entered the automotive world in 2010: Duster. An iconic product that made SUV cars widely popular and accessible, one that has ventured down many roads from the Siberian cold to the Moroccan desert. A rugged looking 4WD designed with families in mind, it is ready to face any challenge. This year, Dacia Duster celebrates 2 million units sold in nearly 60 countries. This decade-long story is one that the engineers, designers, and especially customers are not about to forget.

Sit back, relax, and join us as we journey back to 2010. Branded streetwear and mom jeans are ‘in’ while luxury fashion is ‘out’ – trends are all about comfort and discovery. Your dream car is as casual and laid back as you are. You really want an SUV, but not any old one! While the SUV market is booming, most models are either too expensive and sophisticated, too simple and plain. Then, Duster is born. Accessible, robust, and stylish, it is in synch with societal trends and is just what people are looking for. It rapidly becomes an iconic model for both Dacia and the whole industry. Since 2010, the model has been a commercial success with 2 million units sold worldwide. Climb abord and enjoy the ride!

A round trip from Helsinki to Ankara!

Let’s start our journey in the country where Duster is made, Romania, with some key figures about the Mioveni plant. We’ll then leave the shop floor and head to Italy for a football match, then a little further afield, to scale the highest peak on Earth. If that’s not enough, let’s now swing by Finland before heading south to Turkey. Could you keep up? Would you look at that! 2 million Duster really is a lot!

The essentials, as a way of life

If you are still after some fun facts, you are in the right place! Duster’s customers are all different, and it’s no secret as they are located the world over. However, they do have one thing in common: essentials are seen as a way of life. Nevertheless, here are some curious facts you may not know:

Let’s go back to the genesis of H79 – the code name given to Duster 1! The task given to the Product teams back then was no mean feat: take a blank sheet of paper and create a vehicle that didn’t yet exist on the market. It had to be an ideal fit for people around the world and therefore suited to the freezing cold and boiling heat. All that at an unbeatable price that defied all competition. In summary, a robust, reliable, and versatile vehicle that drove like a 4WD.

The design process was one of many hurdles: 6-speed gearbox, drivetrain with piloted coupler, wheel displacement, and more. The teams still remember it all to this day. Especially when it came to attaining the first gear ‘crawl’ speed where the car could drive forward at just 5.79 km/h at only 1000 rpm. Much like soldiers during the war who would walk alongside jeeps to clear the path, Loïc Feuvray – Duster 1 product manager – followed a similar protocol: “I would walk next to the car to make sure we had achieved a speed that was slow enough for what you would expect from an all-terrain 4WD.” As proven by the countless off-road journeys taken by Duster since its inception, that was one challenge the designers clearly overcame.

While the first Duster was a bestseller, it was then surpassed by the its second iteration. Released some seven years later, in 2017, the design brief was clear: keep the original DNA and build on the past while offering something better. After numerous in-house design competitions and some very exciting sketches, one design quickly stood out from the crowd: a more muscular design, a raised beltline with higher quarter windows, and a more assertive grille.

There is no shortage of anecdotes about the car’s design, especially given the level of innovation need for affordable and reliable solutions. This is part of the prevailing Design-to-Cost mindset at Dacia. Take the snorkel! This black attachment that houses the indicator light is a Duster hallmark. David Durand, Head of Exterior Design, tells us the story behind the part: “We had to come up with the design due to a technical constraint. The wheels are quite offset in relation to the doors, and it is impossible to stamp out parts that fit the required shape. So, we created a plastic “snorkel” that sat between the wings and the doors. It is very functional as it provides ideal protection against flying specks of gravel and mud. We saved money while coming up with a unique design that gives the Duster its rugged look!”

In all honesty, there’s still one feature the designers haven’t yet mentioned. Duster 2 is the only Dacia model that boasts three – not two – air vents located in the centre of the dashboard. How curious! Once again, this isn’t just an idea that was plucked out of thin air, the choice was guided by aesthetics and passenger comfort.

While designers and engineers did everything in the power to create such a unique vehicle, the manufacturing teams also took the challenge head on. The Pitesti (Mioveni) plant, located 200 km from Bucharest, was overhauled and retrofitted to ready the factory for Duster production: on-board platforms, dedicated kitting areas for parts preparation, AGV trolleys, ergonomic workstations adapted to each operation. In Romania, Duster has become point of national pride: police force Duster, military Duster, ambulance service Duster… the car has been adopted by all sorts of government agencies and large companies.

Duster is truly a source of national and also international pride! It has won more than 40 awards since its release: Romanian Car of the Year, the UK’s Best SUV, the Best Family Car in Germany and Belgium, and many others that stand as proof of how successful this unique and iconic model really is.

You may now know a lot about Duster, but this is a car where ‘more’ is never enough! Let’s have a quick look at some iconic moments of the Duster journey! 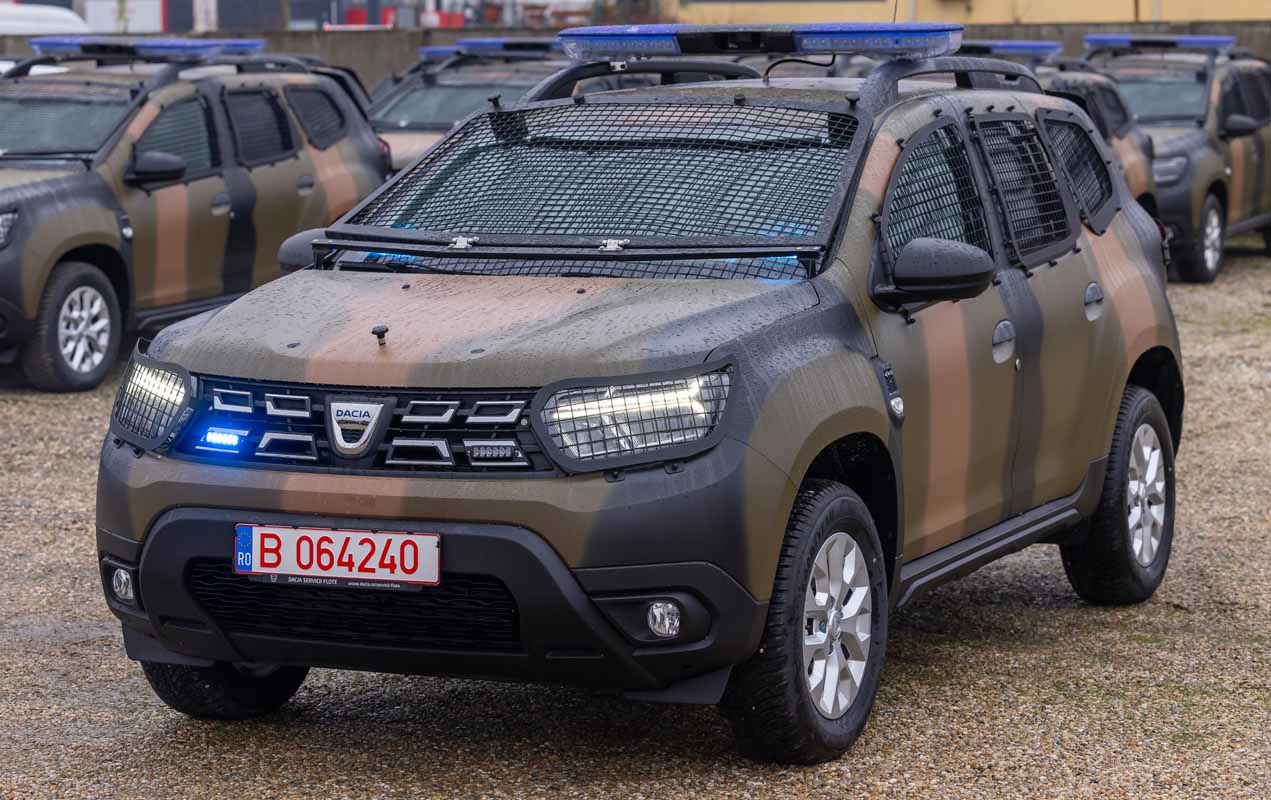 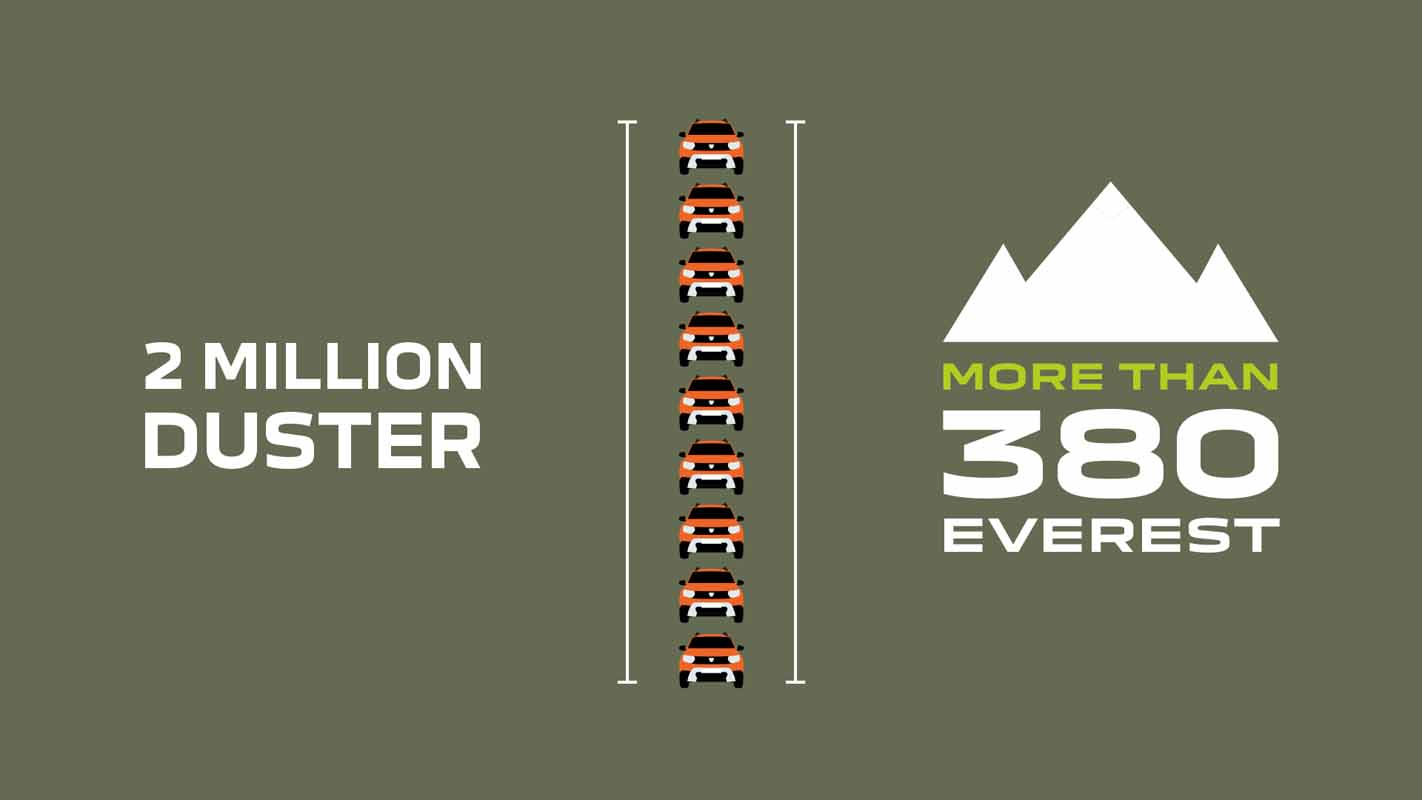 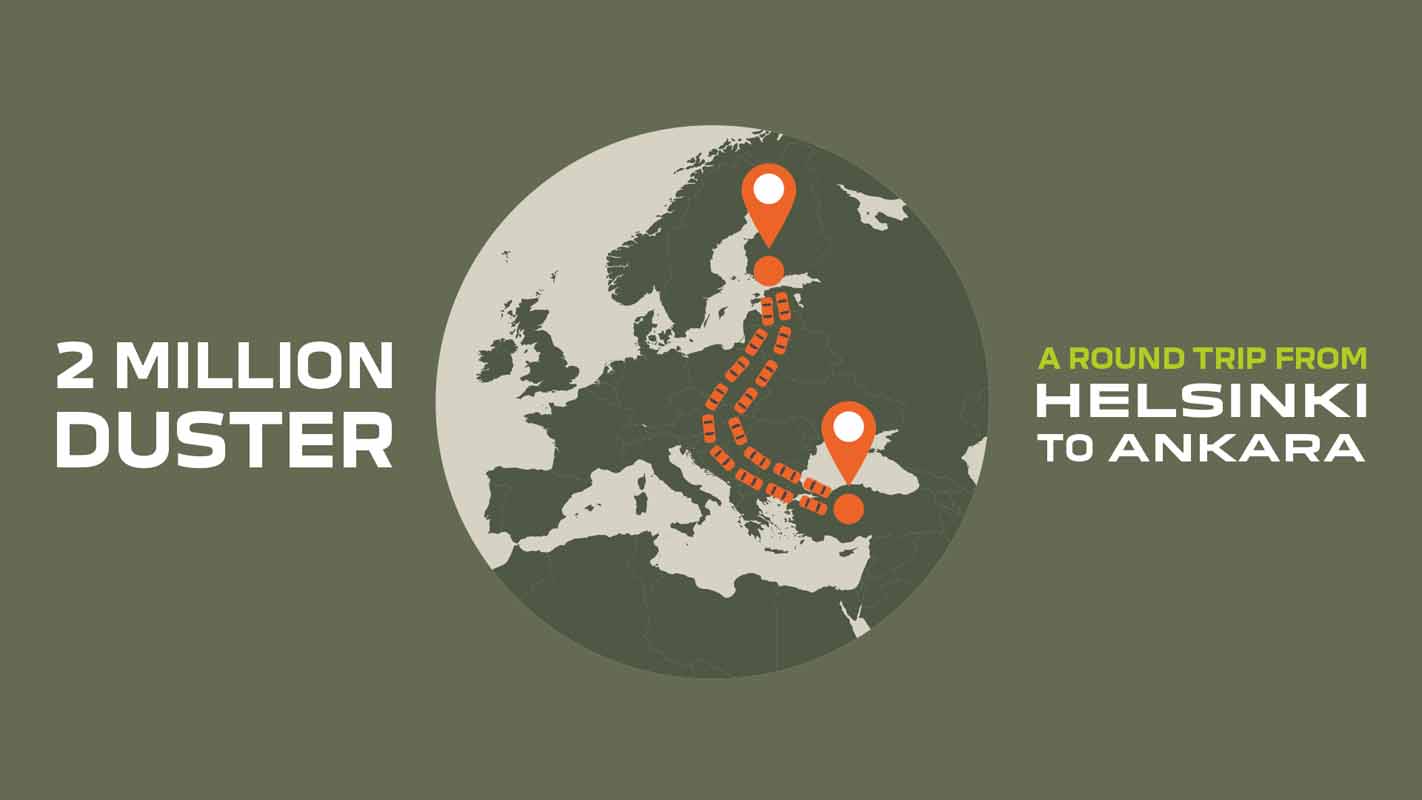 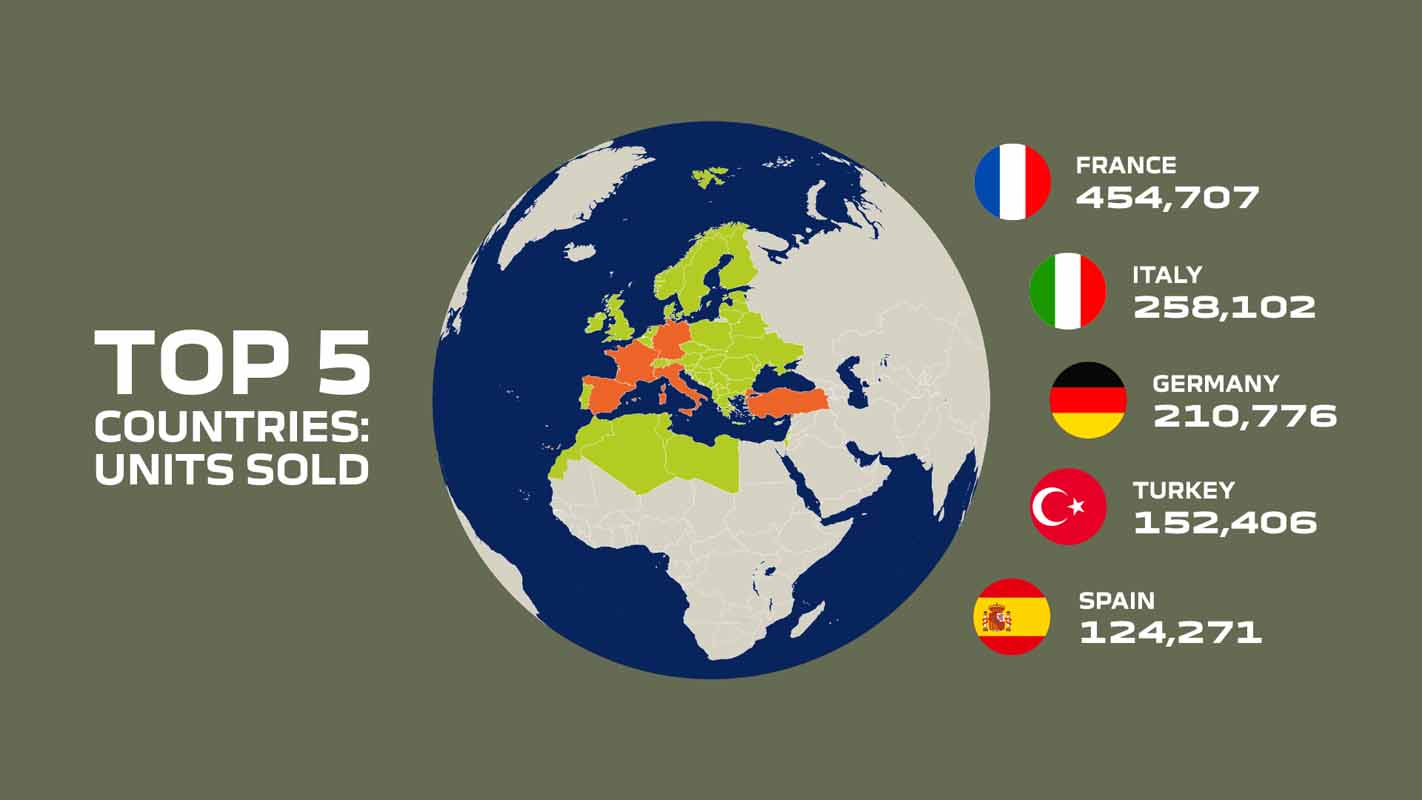 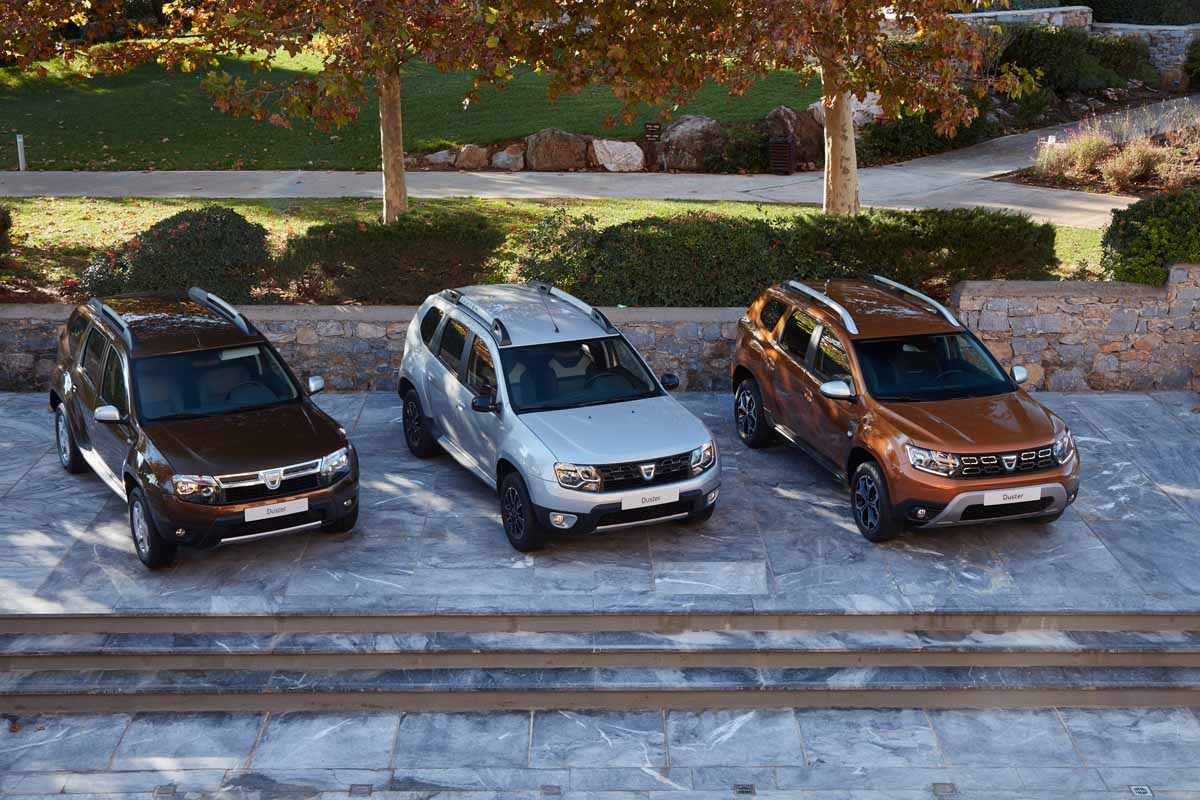 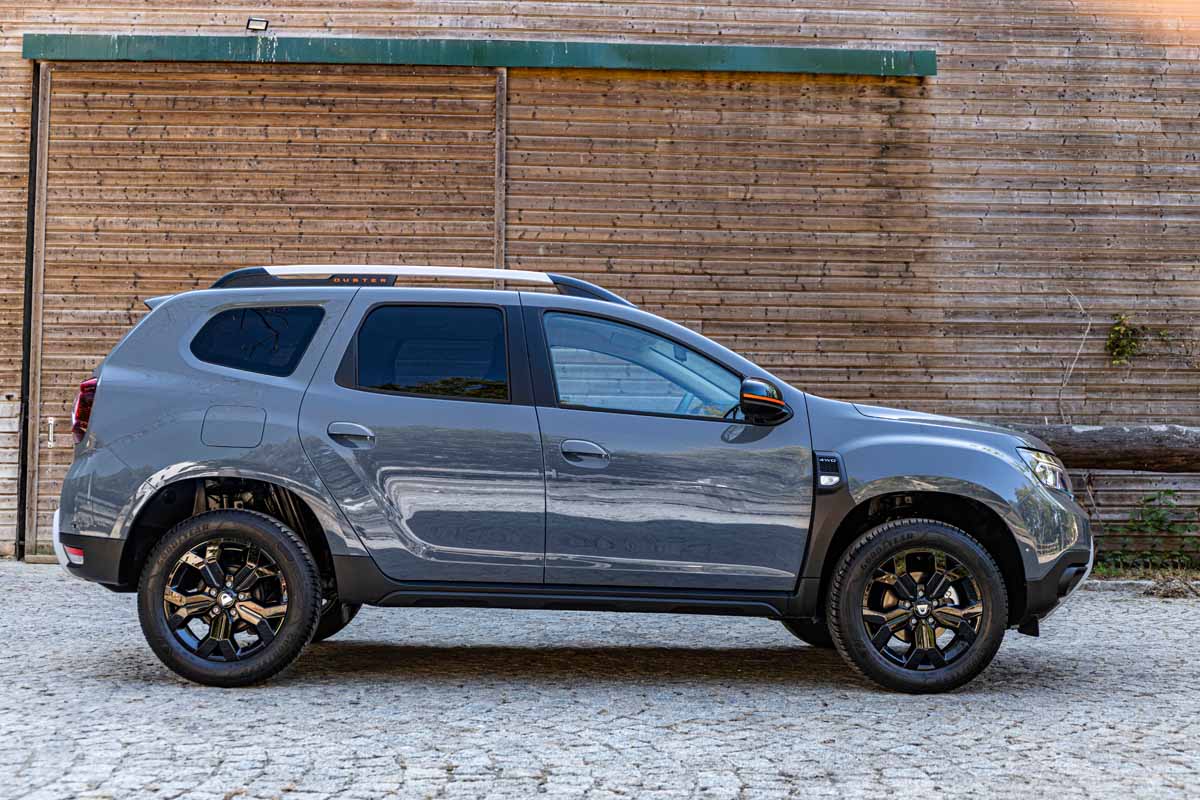 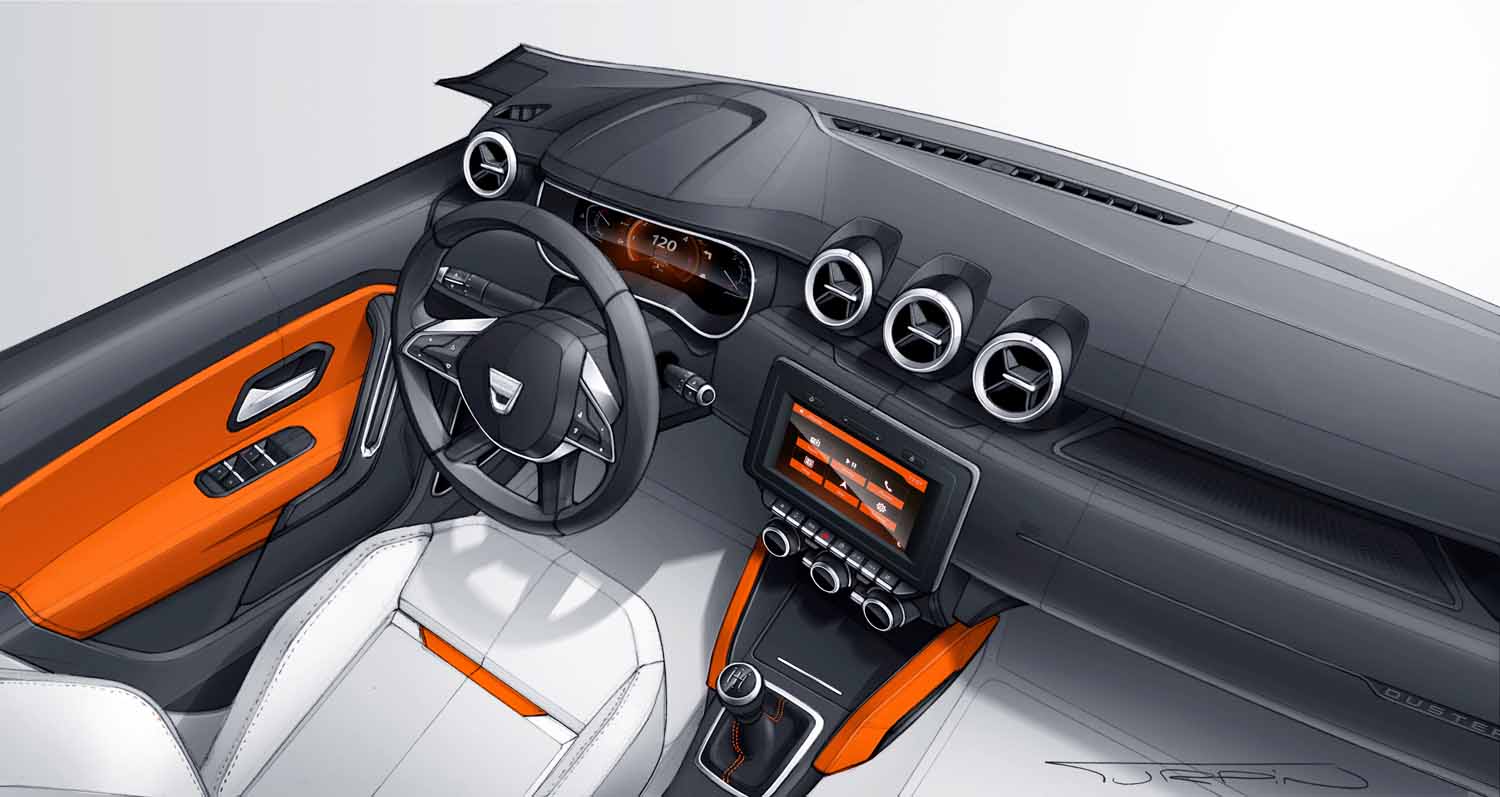 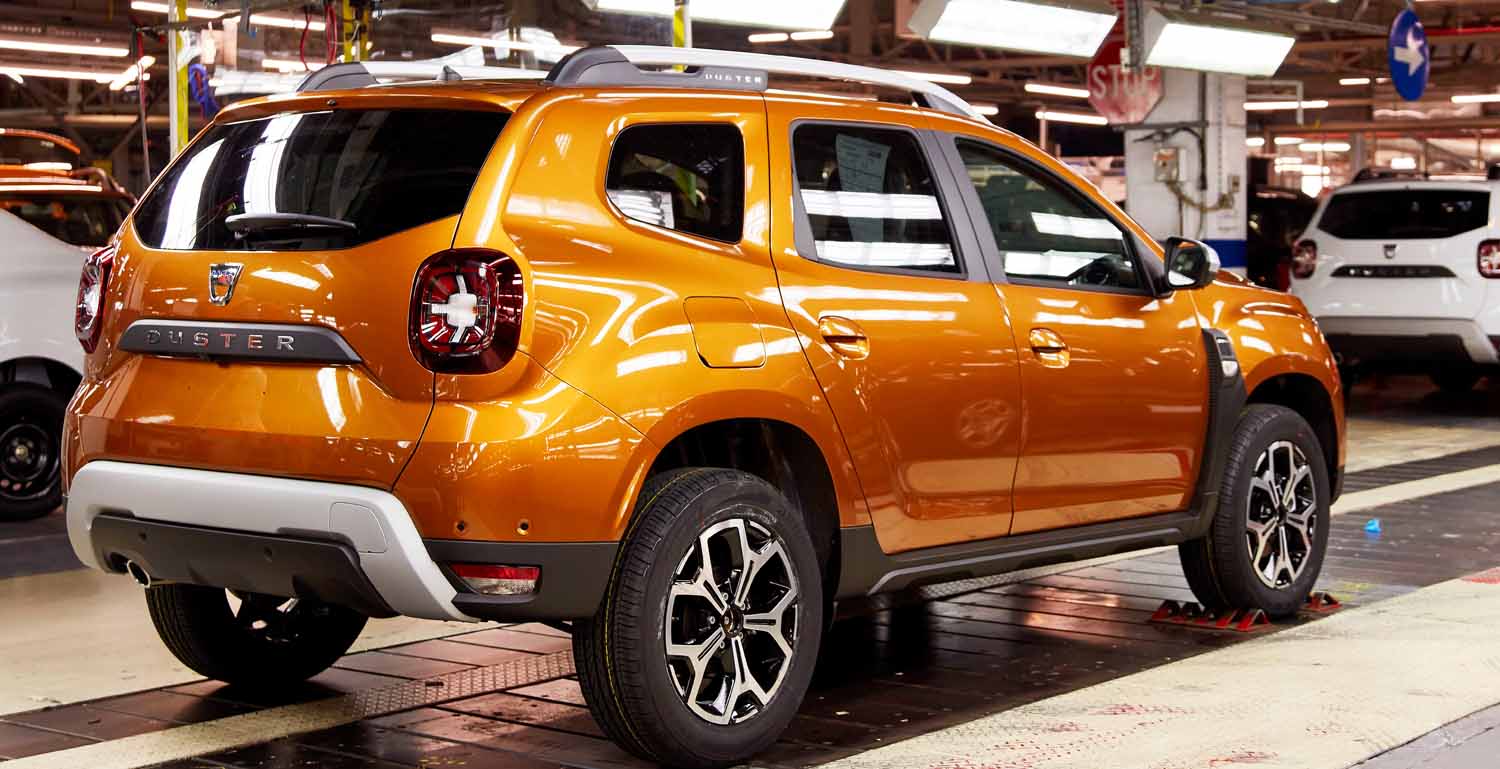 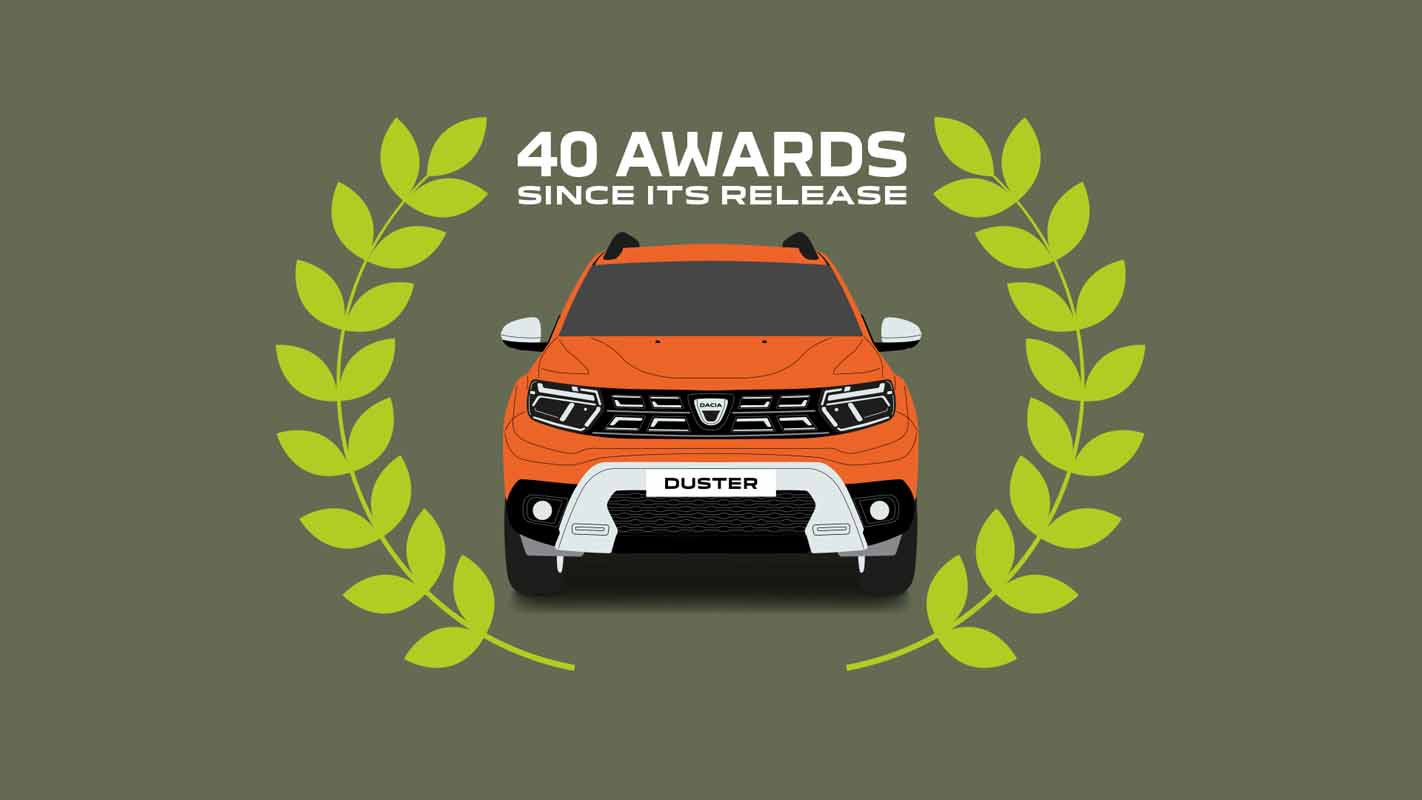 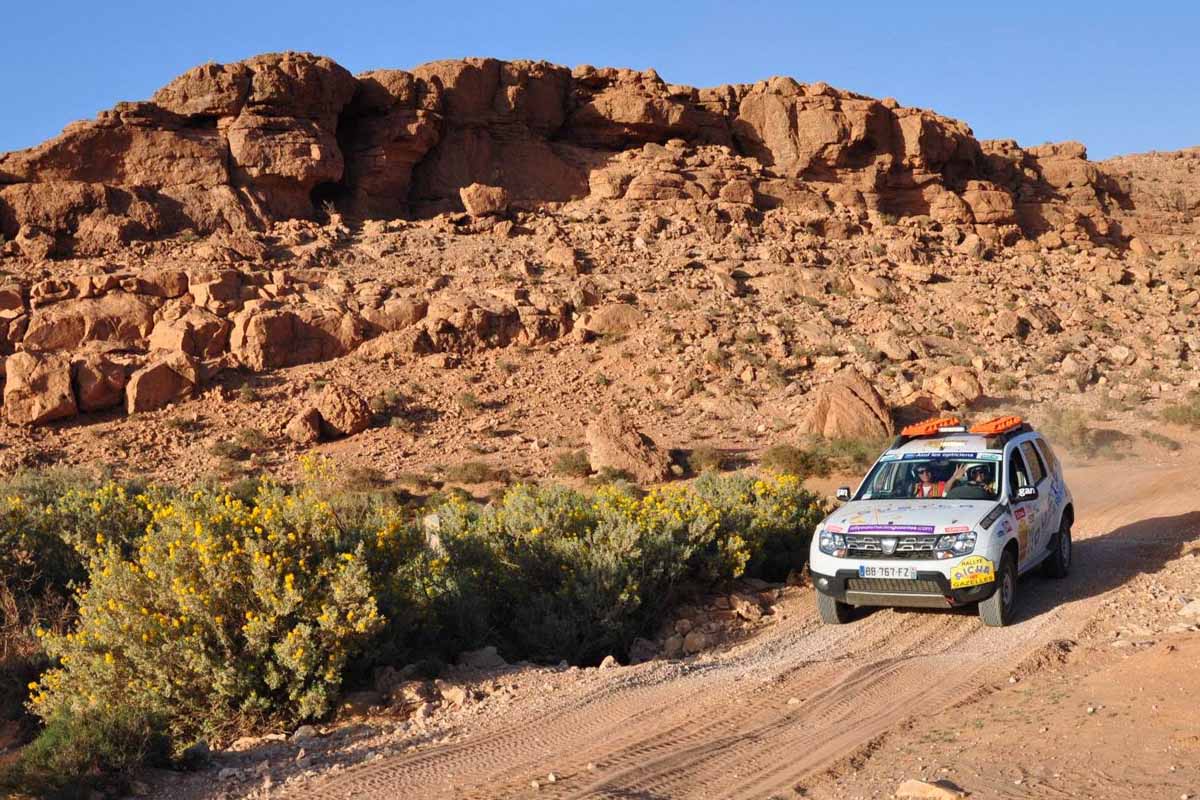 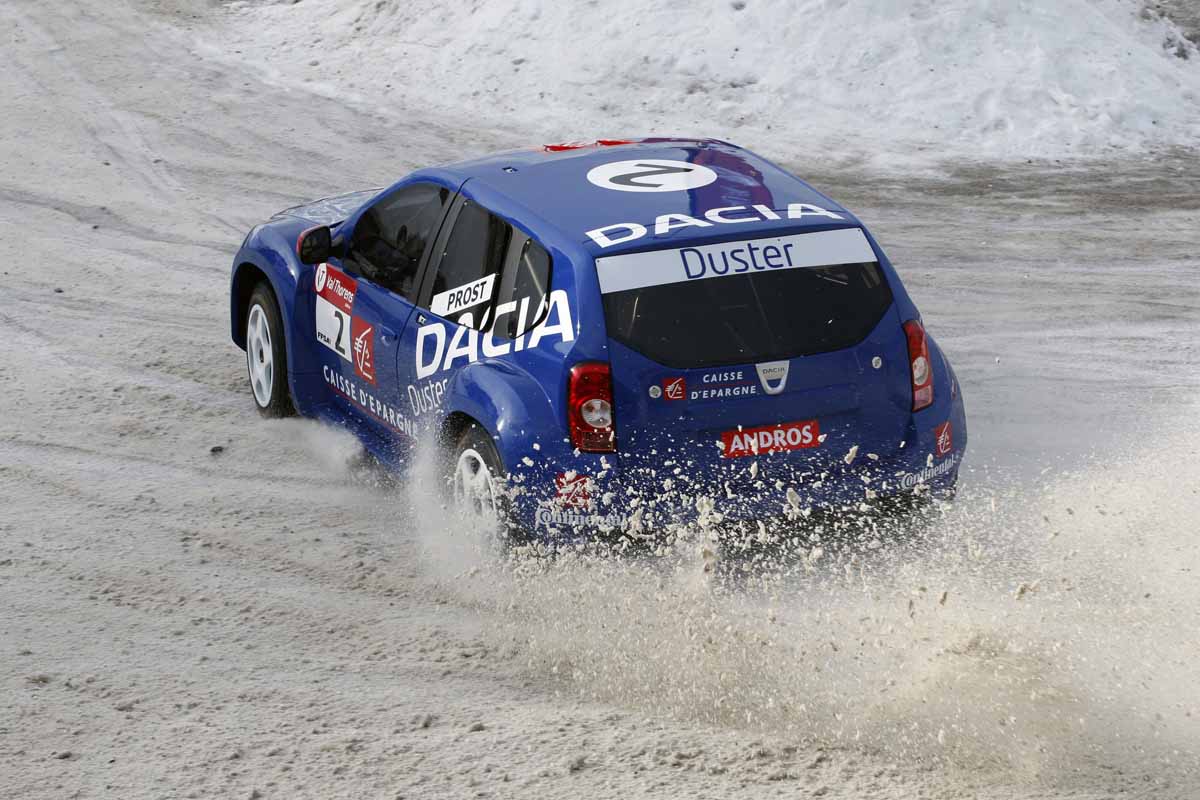 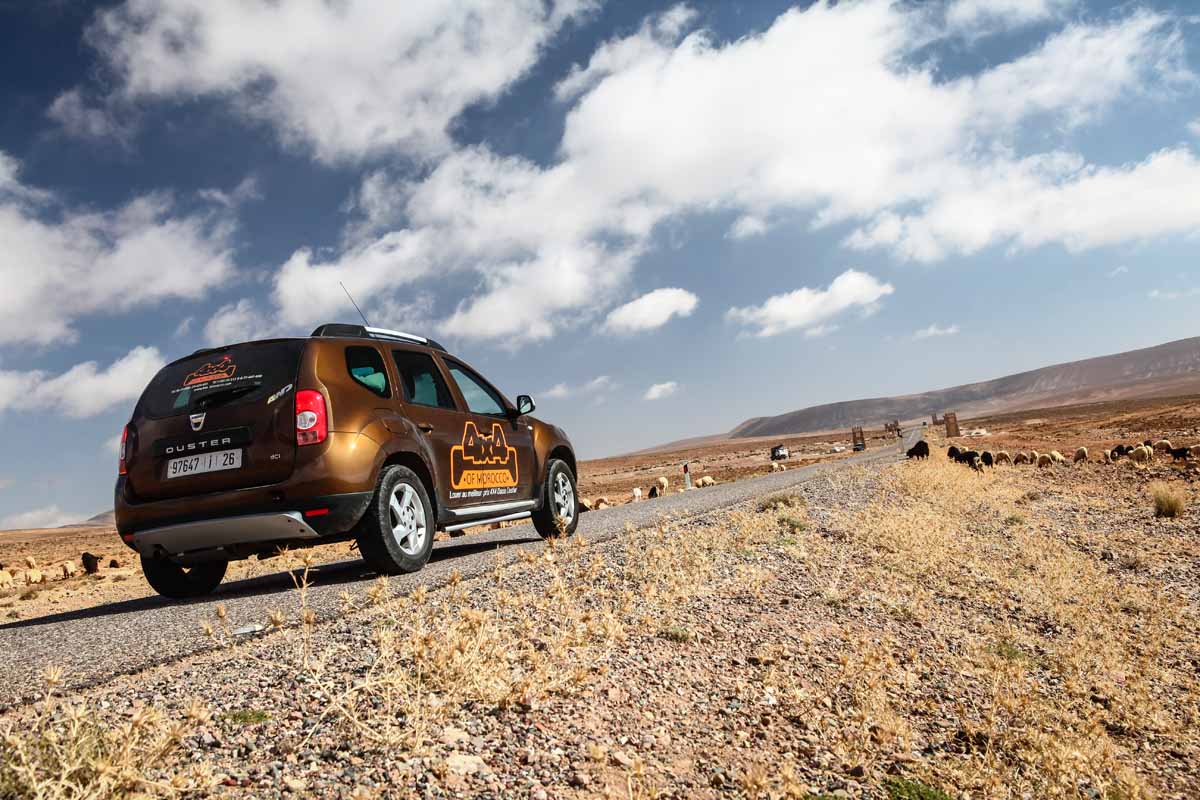 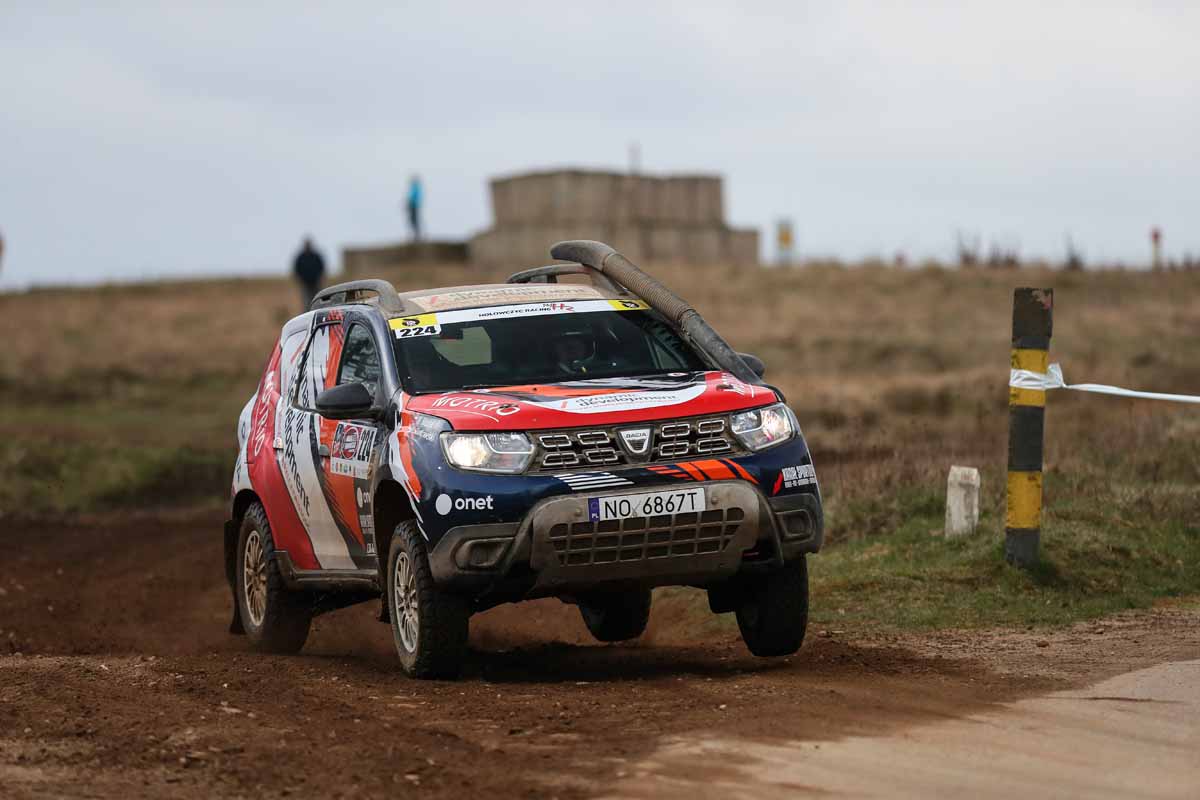 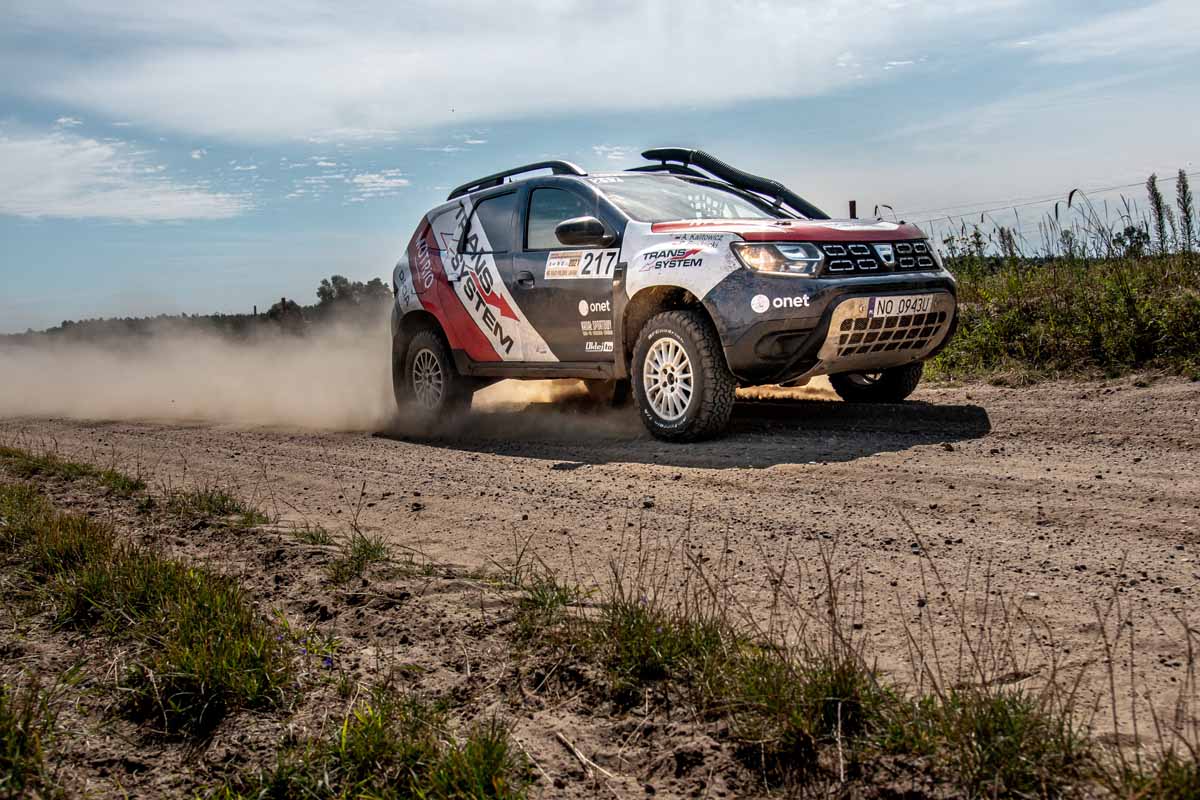 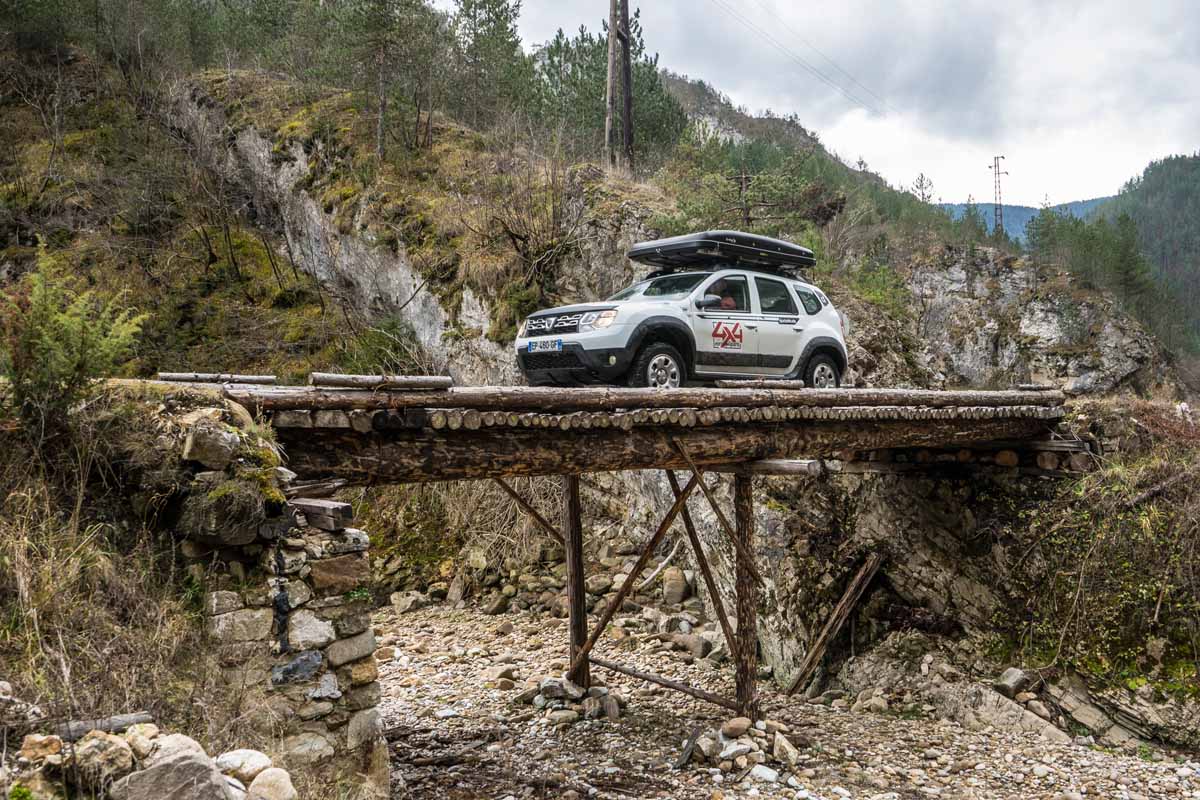 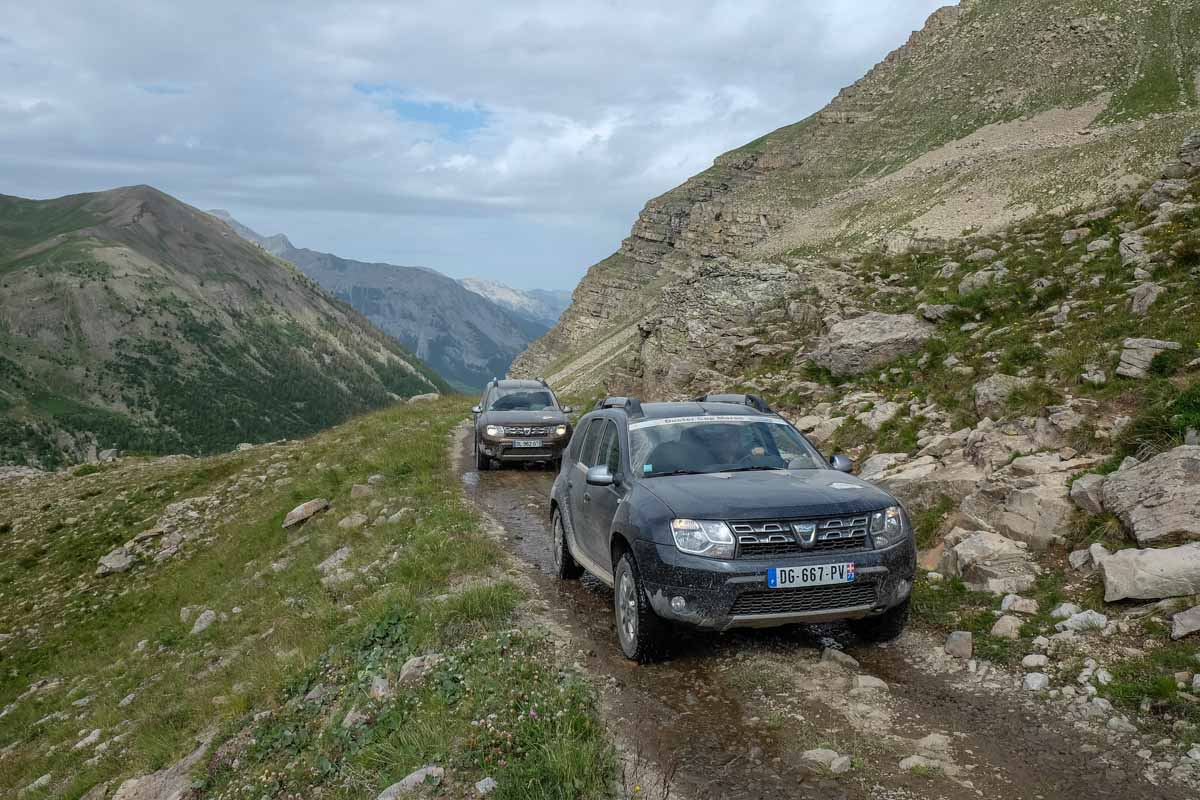 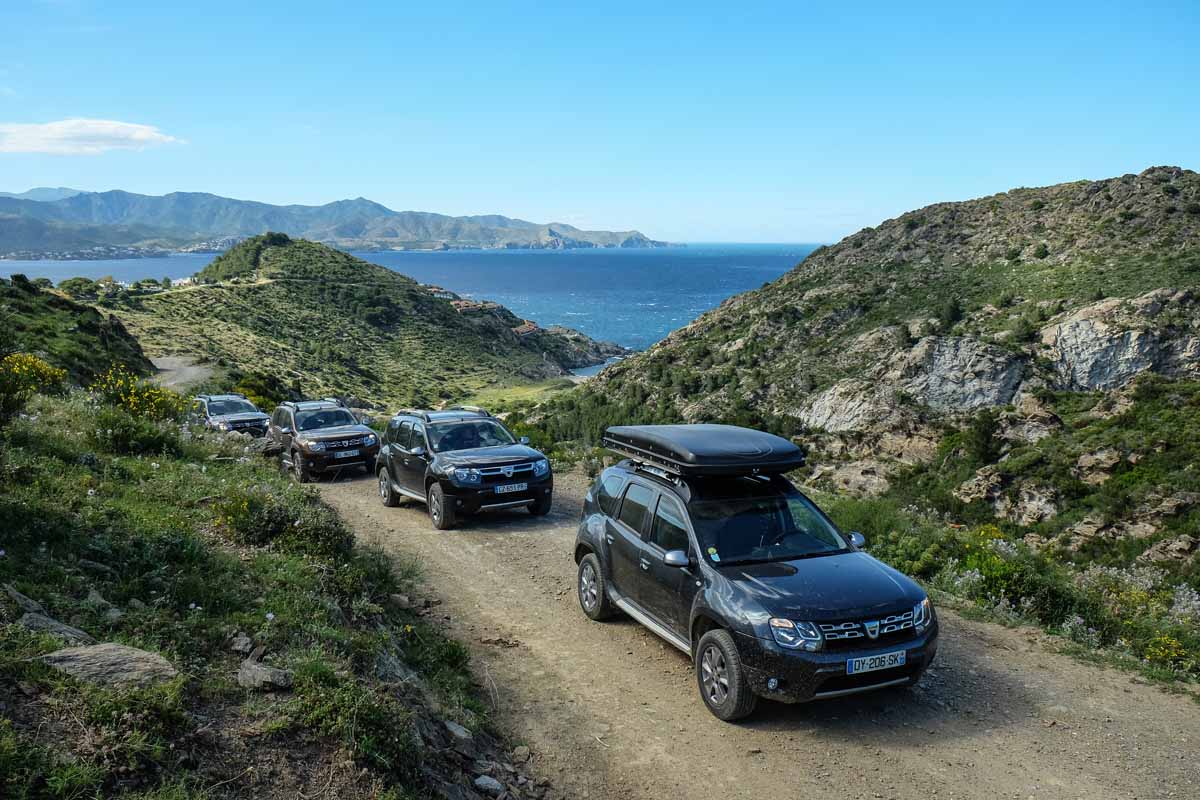 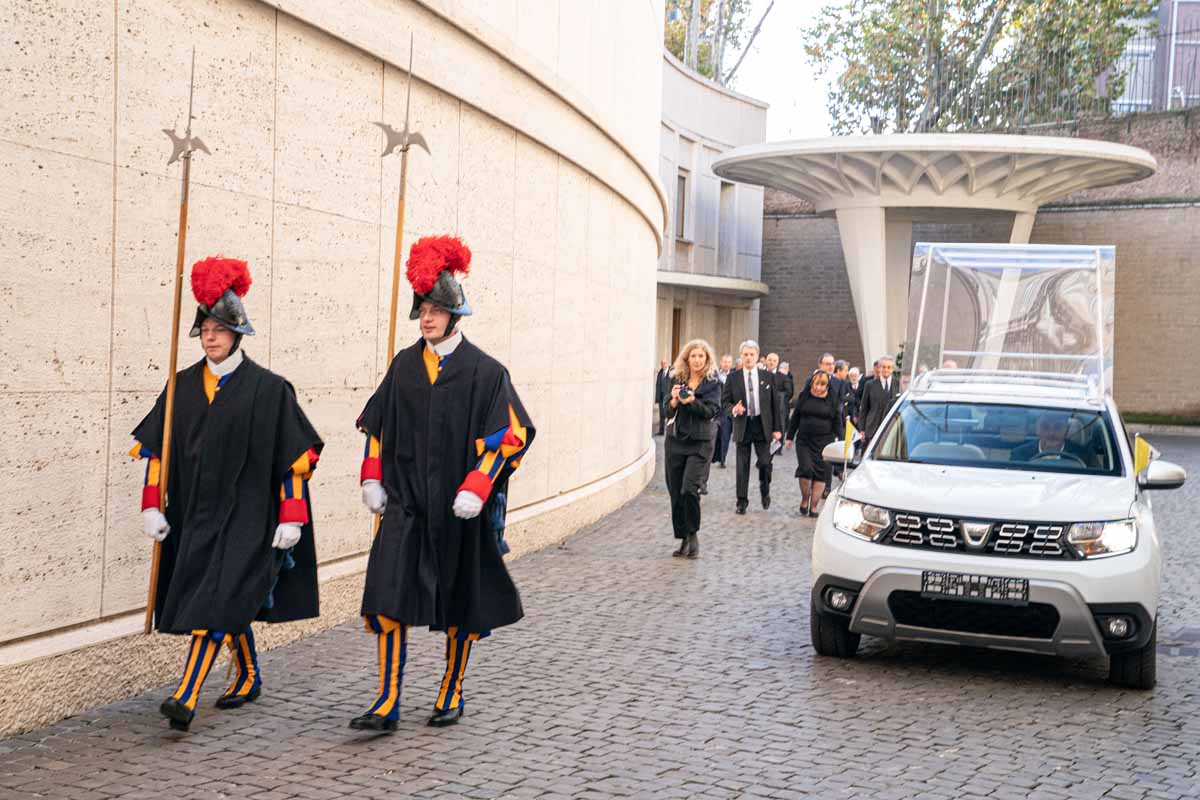 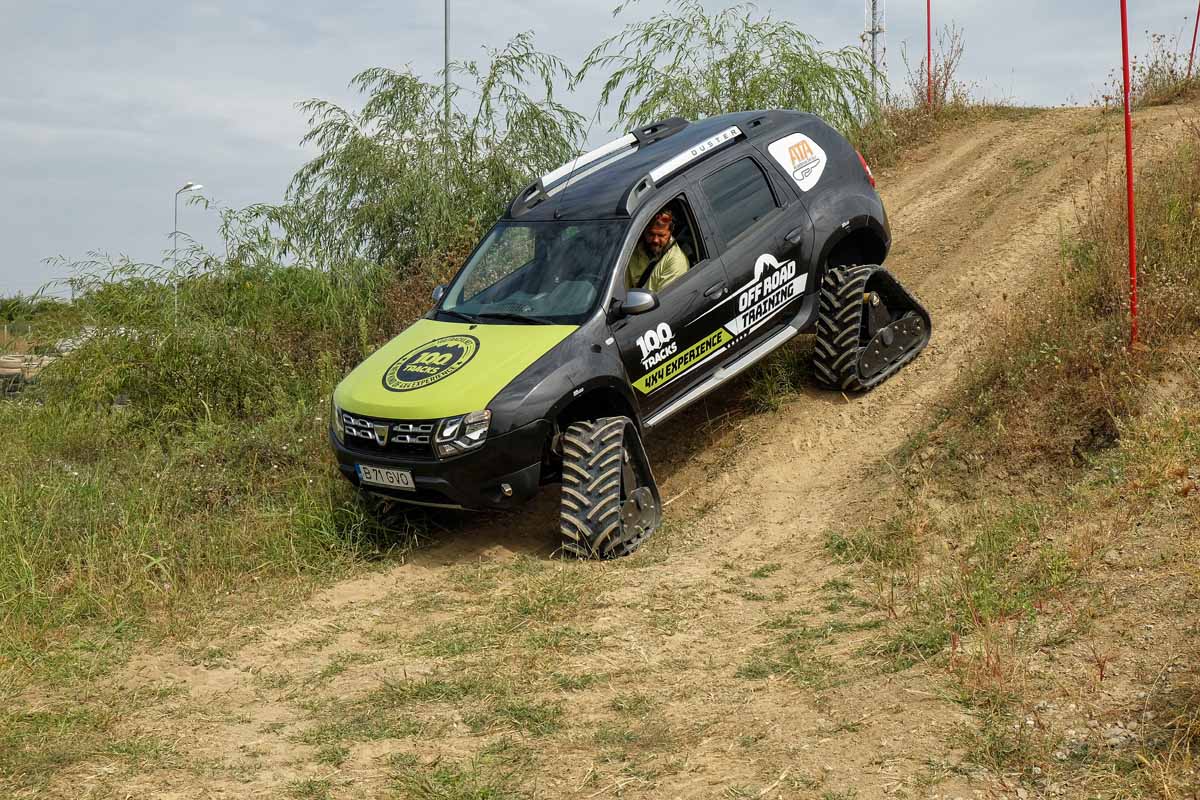 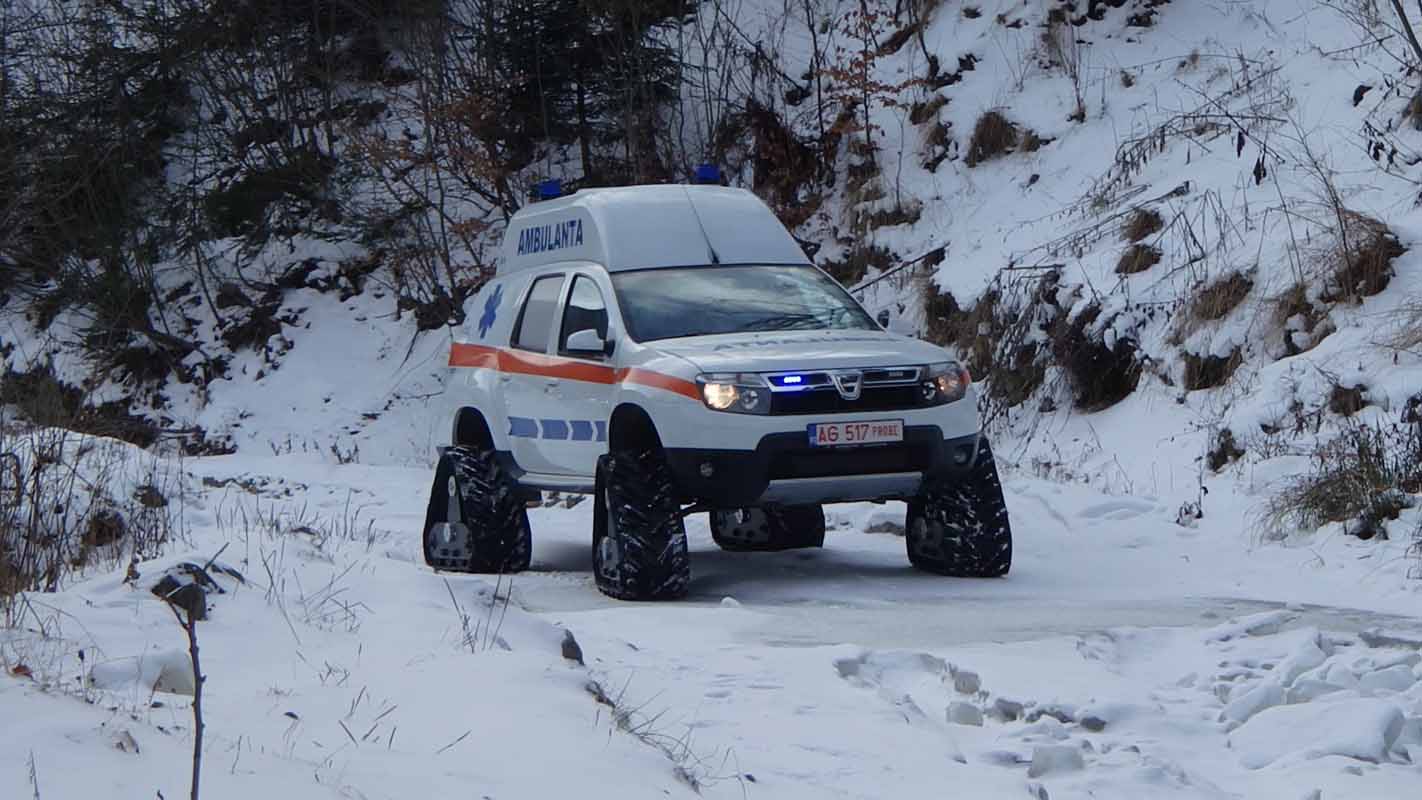 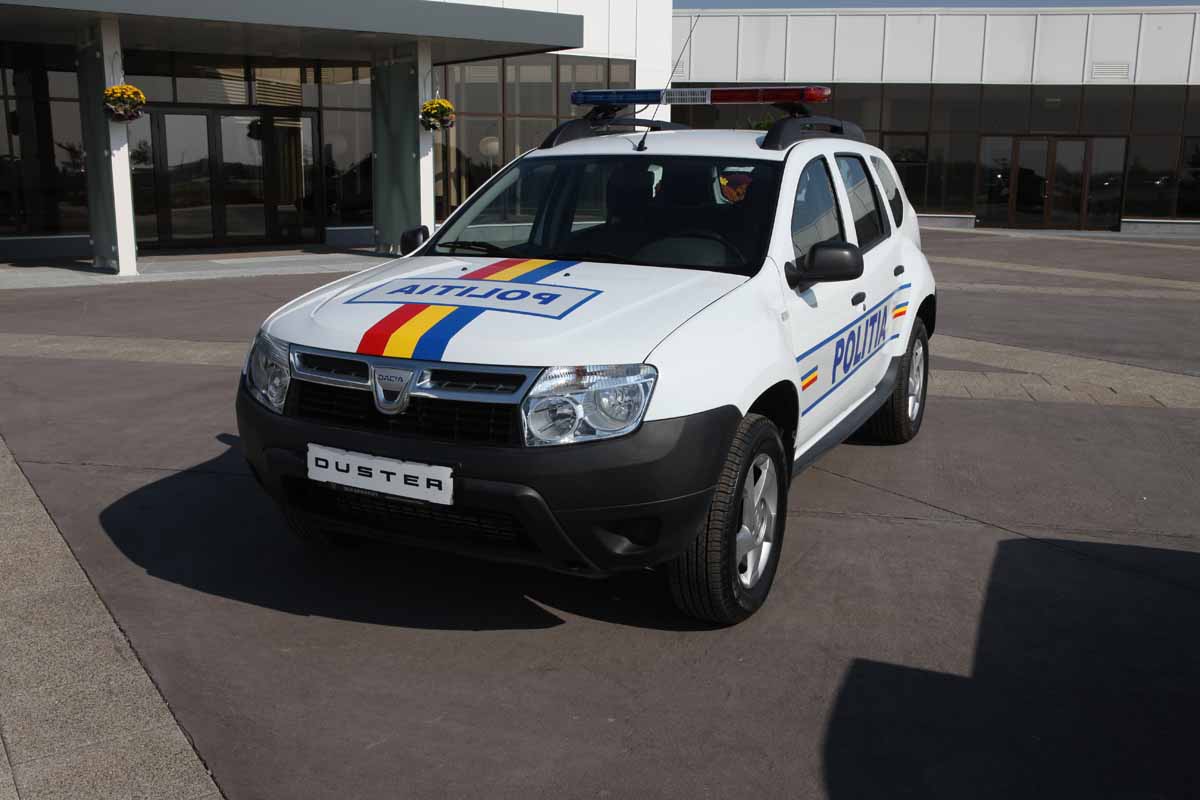 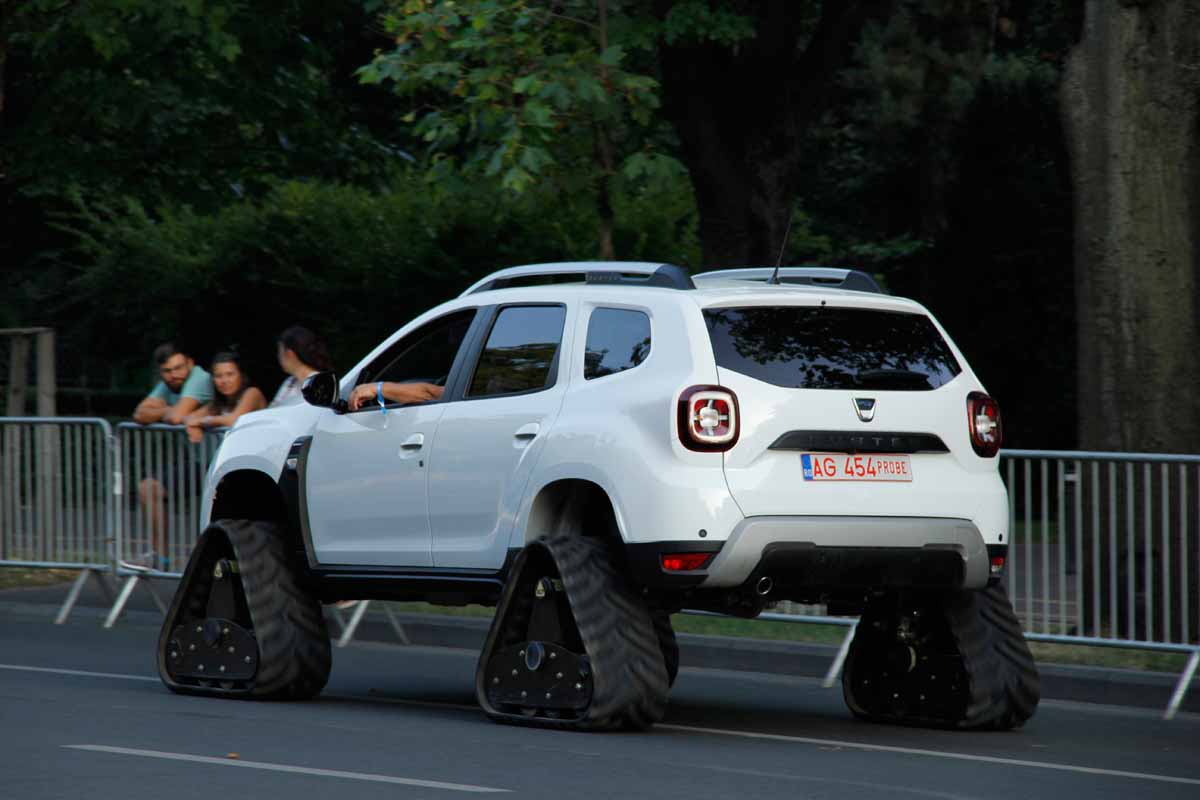 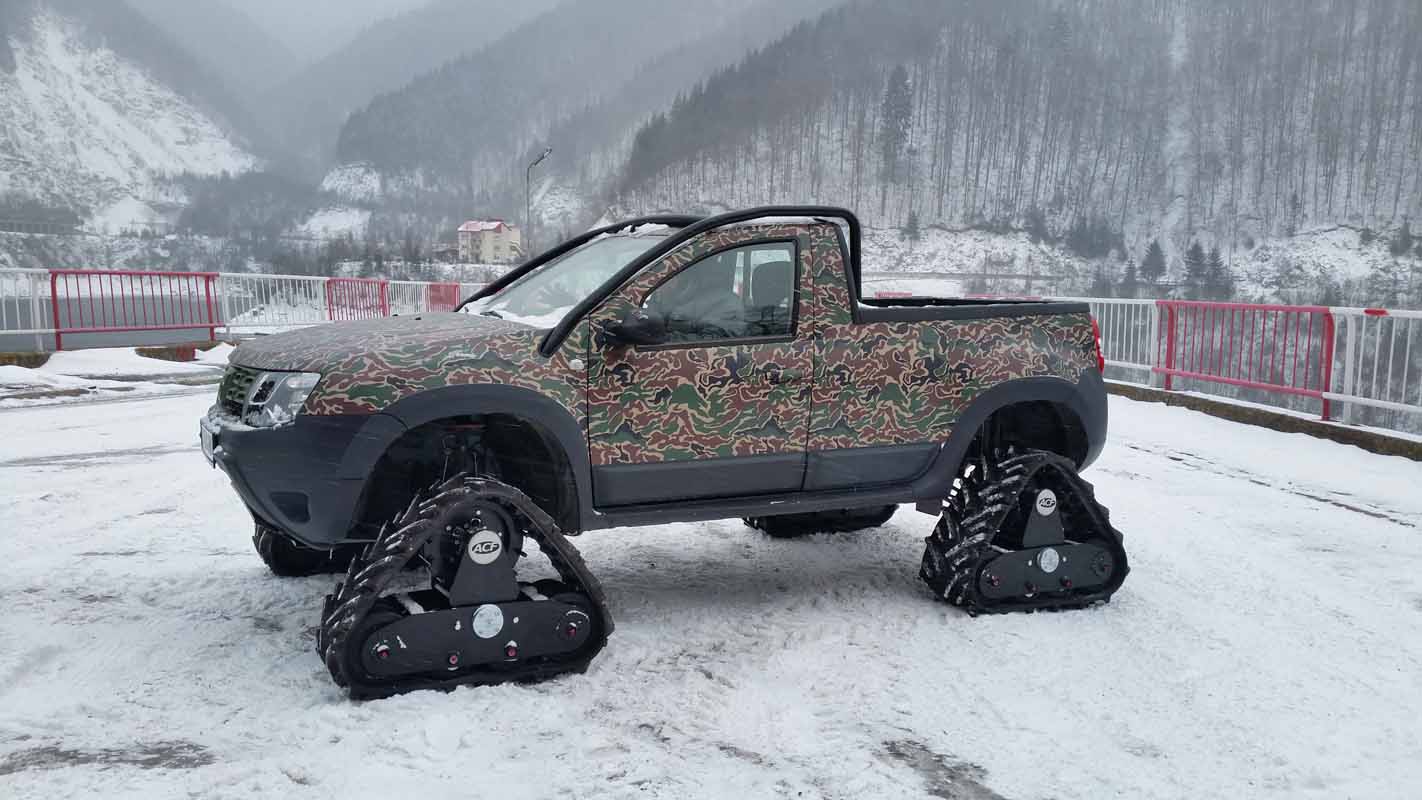 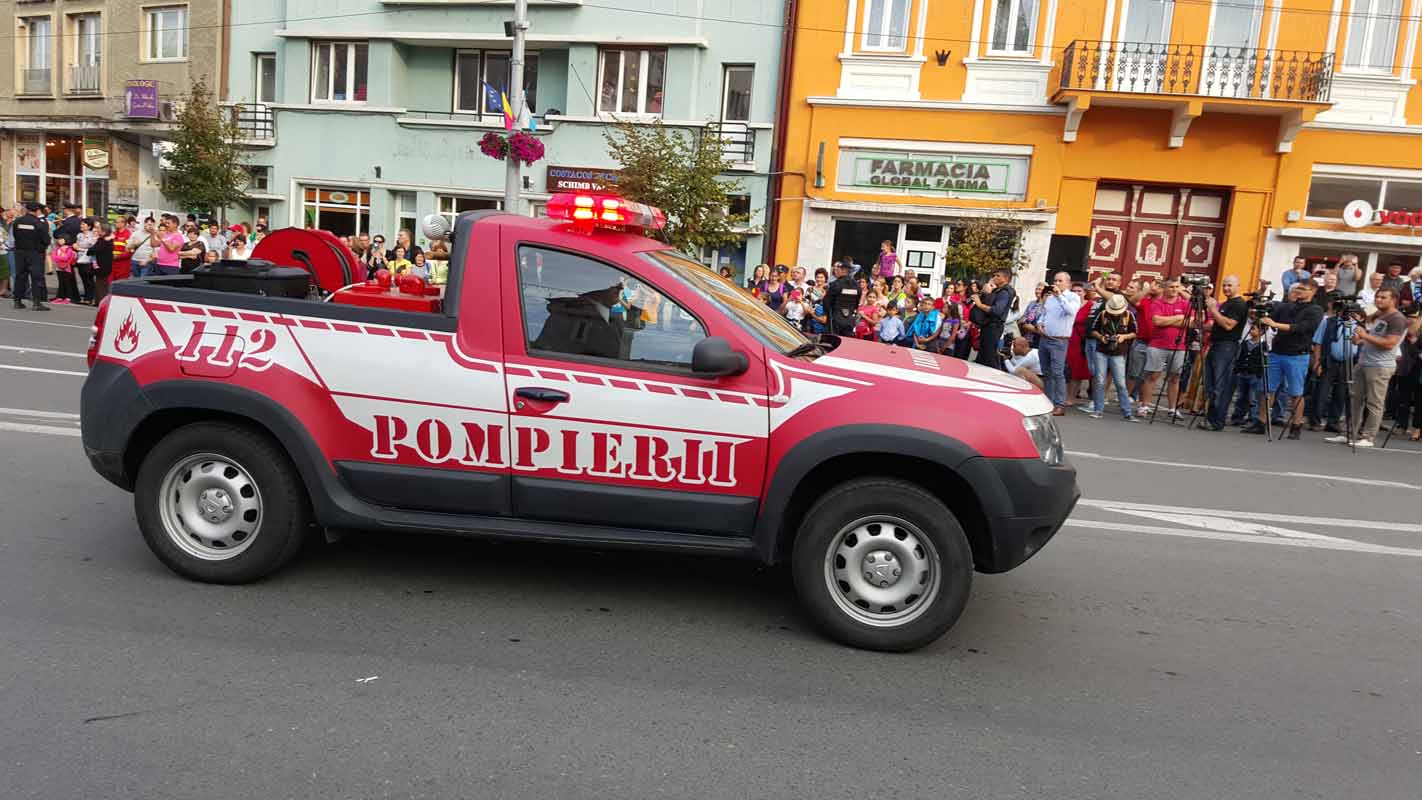 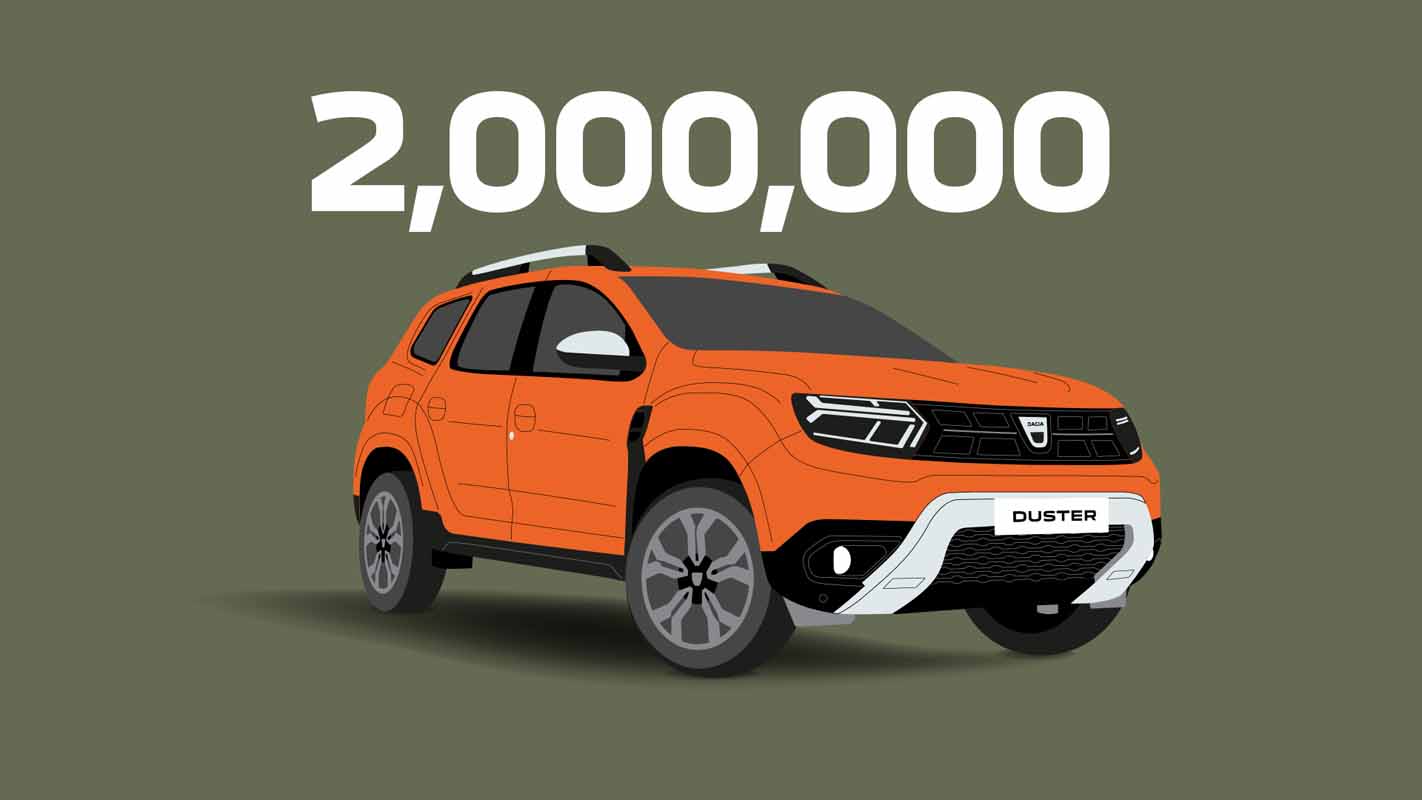 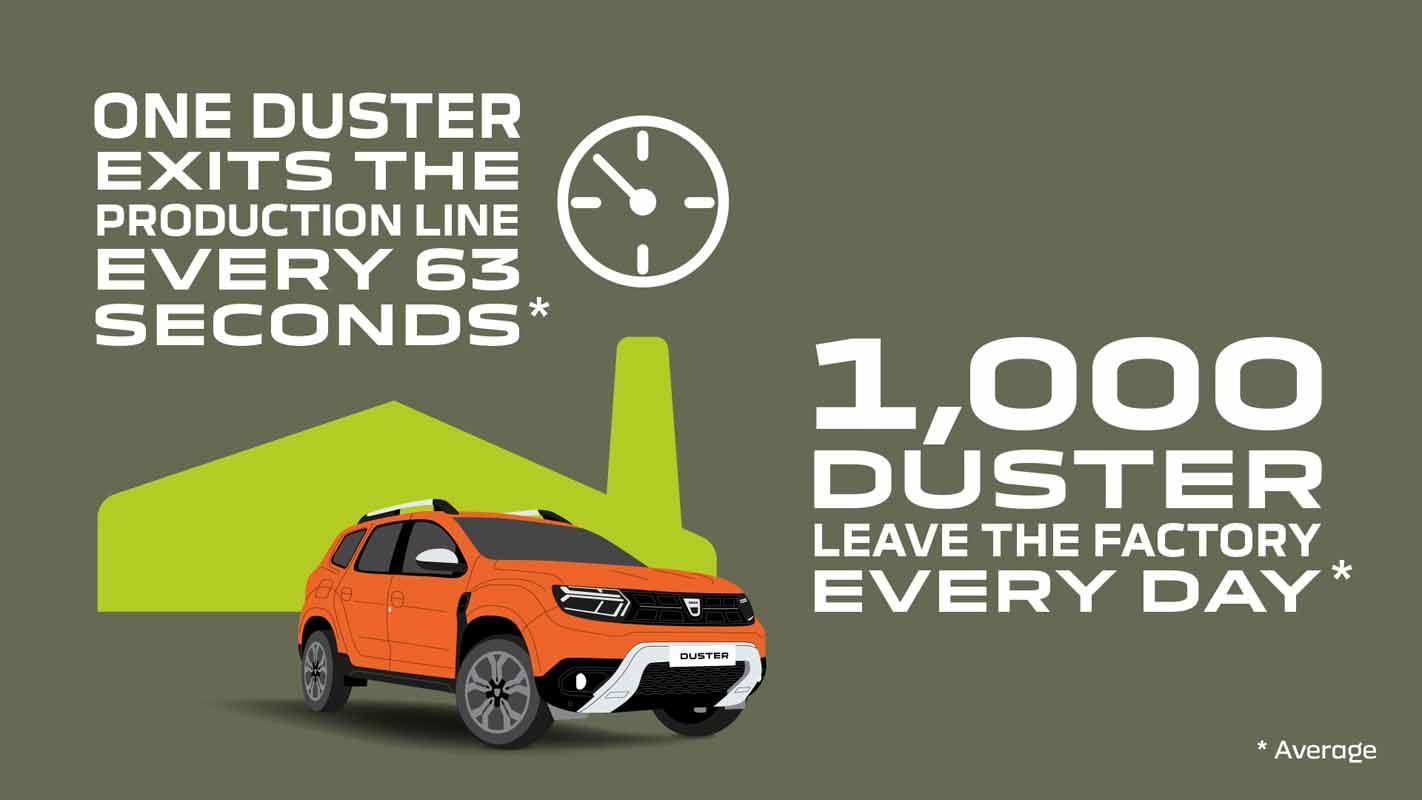 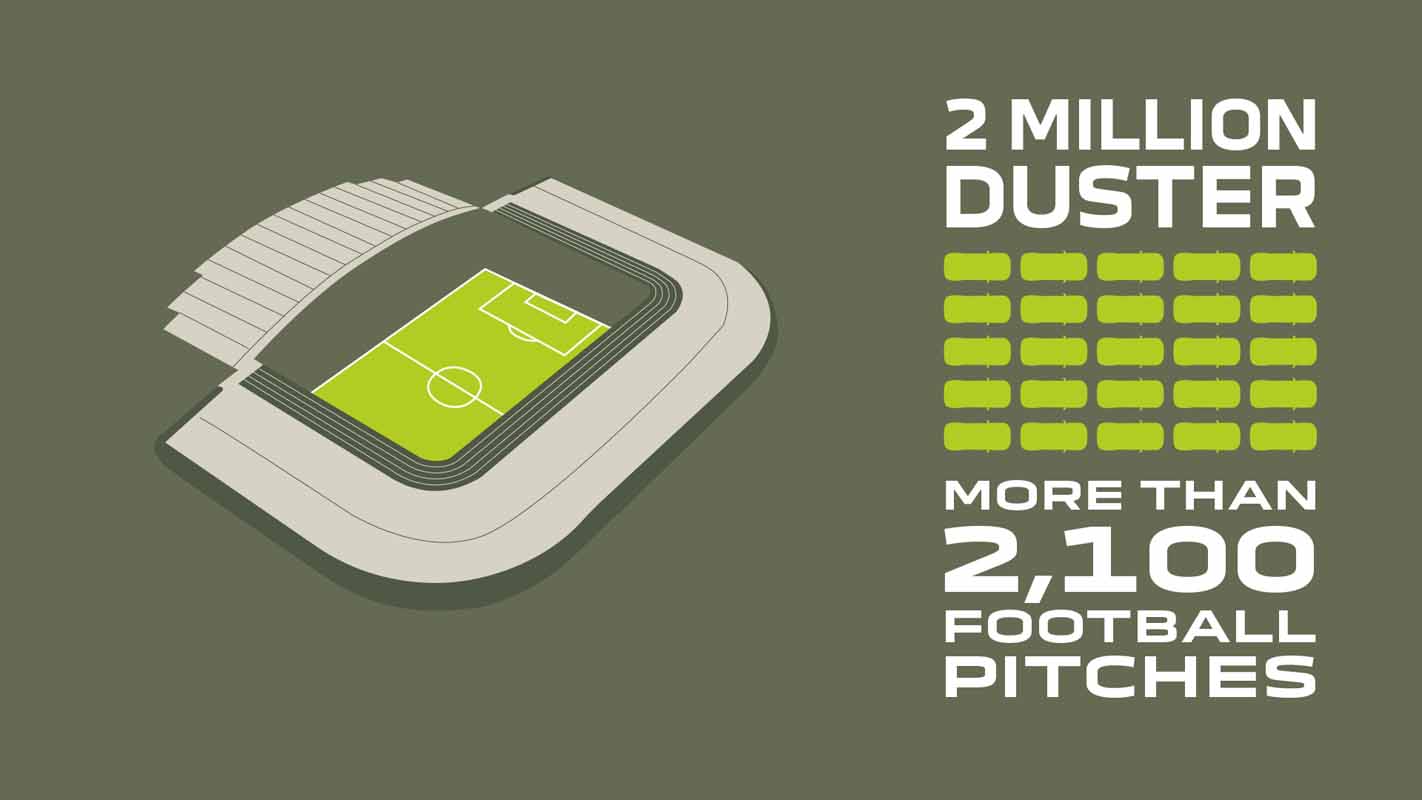