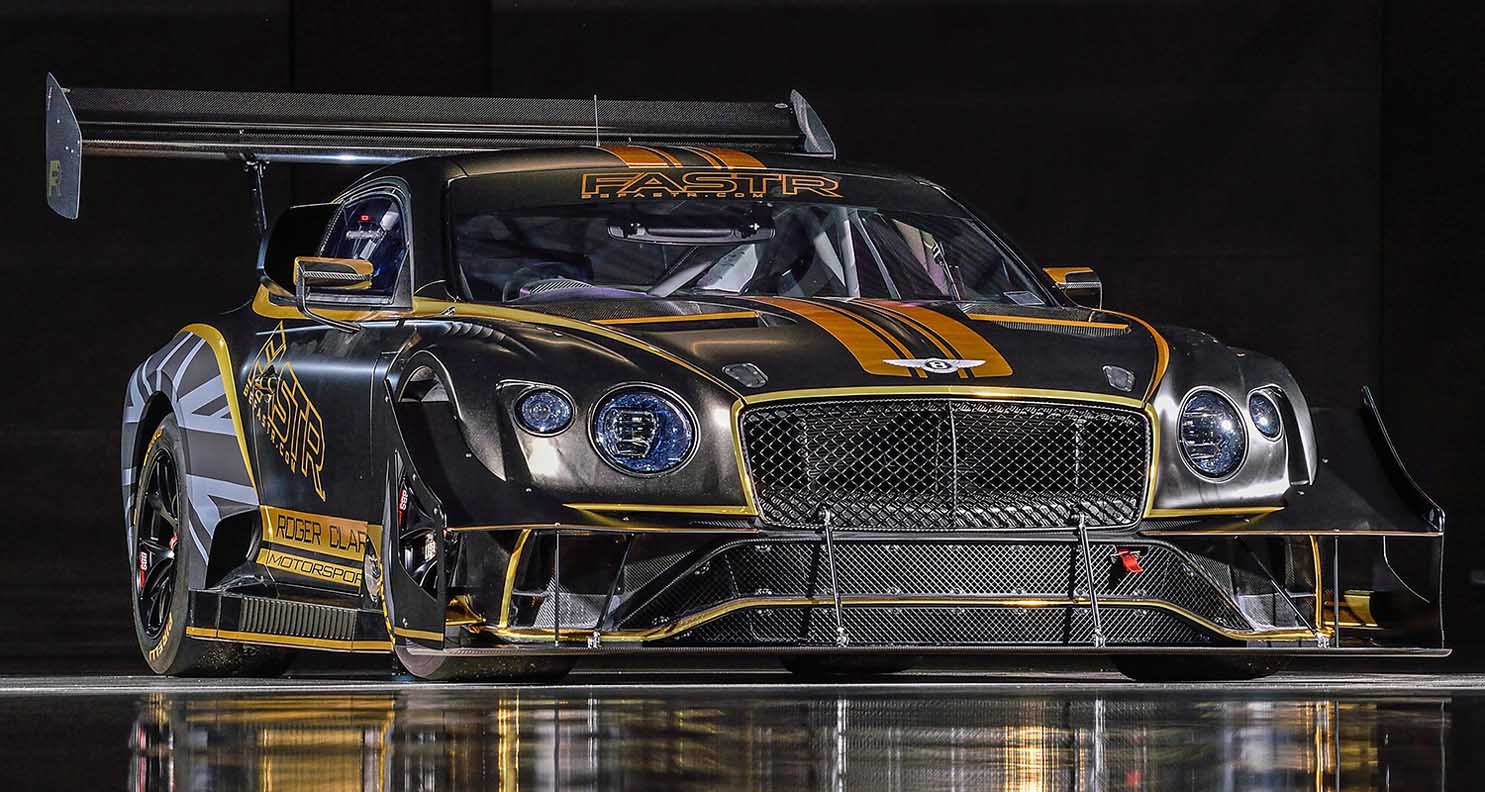 Bentley has today launched a major new sustainability initiative, with the announcement of a renewable fuels research and development programme spearheaded by the most extreme road-car-based Bentley in its 101 year history. The Continental GT3 Pikes Peak, designed and built to compete for the Time Attack 1 record at this year’s Pikes Peak International Hill Climb, will be the first competition Bentley to run on renewable fuel, ahead of a goal to offer sustainable fuels to Bentley’s customers around the world.

The modified Continental GT3 racer, based on Bentley’s race- and championship-winning car, will power its way through the 12.42-mile course running on a biofuel-based gasoline. Various blends of fuels are currently being tested and evaluated, with possible Greenhouse Gas (GHG) reductions of up to 85% over standard fossil fuel. This first step marks the start of a longer programme that will investigate both biofuels and e-fuels for their potential to power the Bentleys of past and present in a sustainable way.

Bentley’s ambitious and transformational Beyond100 programme will see the brand become the world’s leading sustainable luxury mobility company, with the entire Bentley model range offered with Hybrid variants by 2023 ahead of Bentley being BEV-only by 2030. The adoption of renewable fuel for this project signals the start of a long-term ambition for Bentley, initiating a research and development programme that aims to offer renewable fuels to Bentley customers in parallel to Bentley’s electrification programme. This two-strand strategy is set to maximise the pace of Bentley’s progress towards outright carbon neutrality, as part of its Beyond100 journey.

Combustion-engine Bentleys will still be produced for the next nine years – and Bentley’s new project aims to make those cars as sustainable as possible through the use of innovative fuel technologies. With more than 80% of all Bentleys ever built still on the road, a genuinely sustainable and customer-facing renewable fuel offering will also allow customers to enjoy their current and classic Bentleys responsibly for years to come.

Bentley’s Member of the Board for Engineering, Dr Matthias Rabe, comments:

“We are delighted to be returning to Pikes Peak for a third time – now powered by renewable fuel, as the launch project for another new element of our Beyond100 programme. Our powertrain engineers are already researching both biofuels and e-fuels for use by our customers alongside our electrification programme – with intermediate steps of adopting renewable fuels at the factory in Crewe and for our company fleet. In the meantime, the Continental GT3 Pikes Peak will show that renewable fuels can allow motorsport to continue in a responsible way, and hopefully it will capture the third and final record in our triple crown.”

Bentley’s pinnacle Pikes Peak project is being run in conjunction with British Continental GT3 customer team Fastr, who have successfully campaigned their Bentley race car in time attack competitions across the country. Technical teams from Bentley and Fastr are working together with specialists from M-Sport in Cumbria to extract the maximum possible performance from the Continental GT3 package, which will be run in Colorado by the same team and with assistance from K-PAX Racing.

To break the record, the car will have to complete the nearly 5,000 ft climb, which includes 156 corners, at an average speed of more than 78 mph to cross the finish line in less than nine minutes and 36 seconds. To help achieve this ambitious target, Bentley has once again turned to three-time Pikes Peak champion and former “King of the Mountain’ Rhys Millen (NZ) – who holds individual class records. It was with Millen that Bentley captured its two existing Pikes Peak records – the Production SUV record attained in 2018 with a Bentayga W12, and the outright Production Car record scored in 2019 with a Continental GT.

The Most Extreme Road-Car-Based Bentley in History

With the start line at 9,300 ft, the course climbs to 14,100 ft – where the air is 1/3 less dense than at sea level. This environment means that the Continental GT3 Pikes Peak features modifications both to its aerodynamics package and its engine, turning it into the most extreme iteration of a Continental GT – or indeed any Bentley road car – ever.
The biggest rear wing ever fitted to a Bentley dominates the rear of the car, sitting above a highly efficient rear diffuser that surrounds the transaxle gearbox. This rear aerodynamic package is balanced by a two-plane splitter at the front, flanked by separate dive planes.

The engine is Bentley’s proven racing power unit, developed from the 4.0-litre turbo V8 fitted to the Continental GT V8.  For the Continental GT3 Pikes Peak, engine modifications together with the use of carefully selected biofuel will ensure the engine develops significant horsepower despite the rarefied conditions it will operate in. Short side-exit exhausts will ensure the car sounds as dramatic as it looks.

Further modifications include cooling air scoops in place of the rear windows, and the obligatory stopwatch mounted to the roll cage next to the steering wheel, to allow Rhys Millen to keep track of his sector times up the mountain. 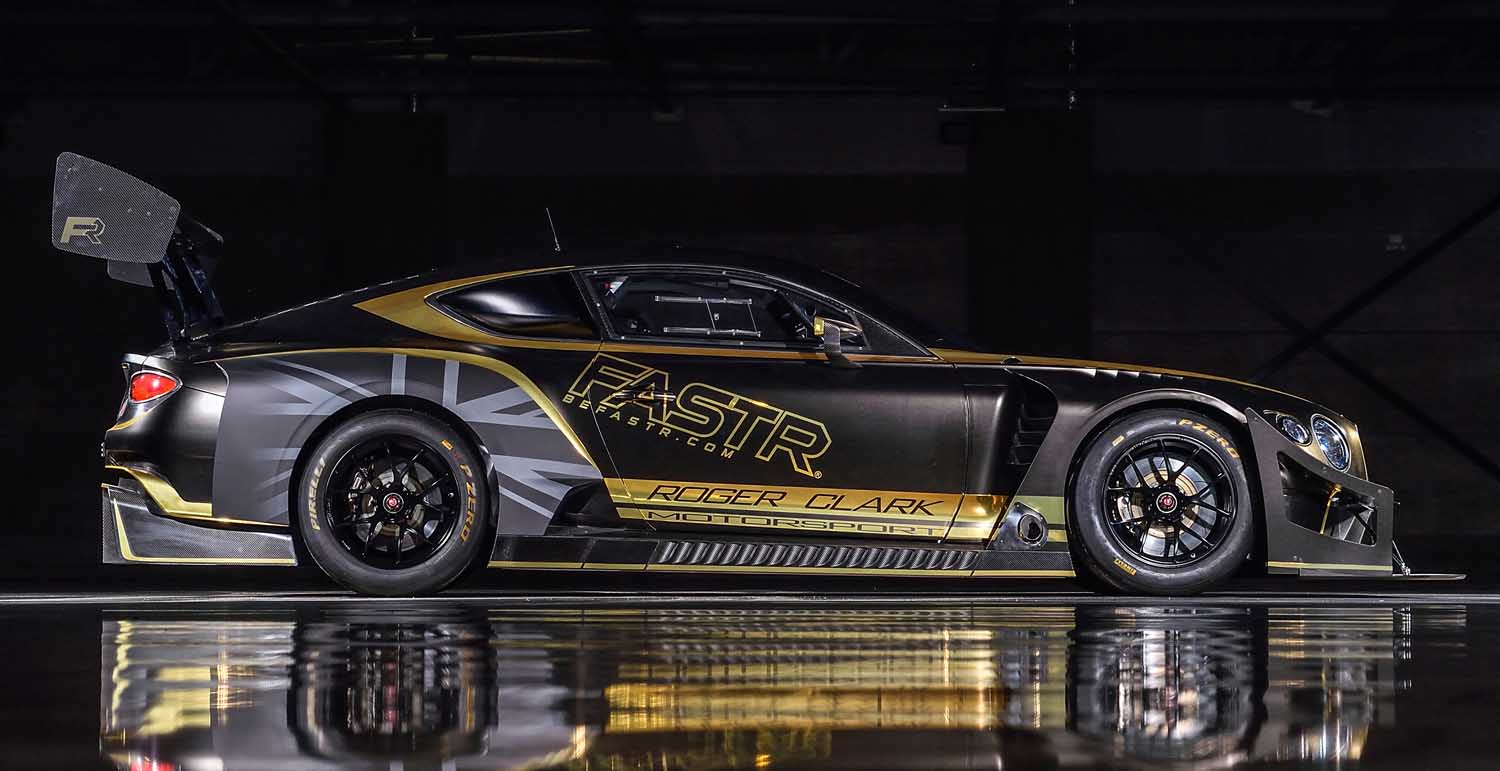 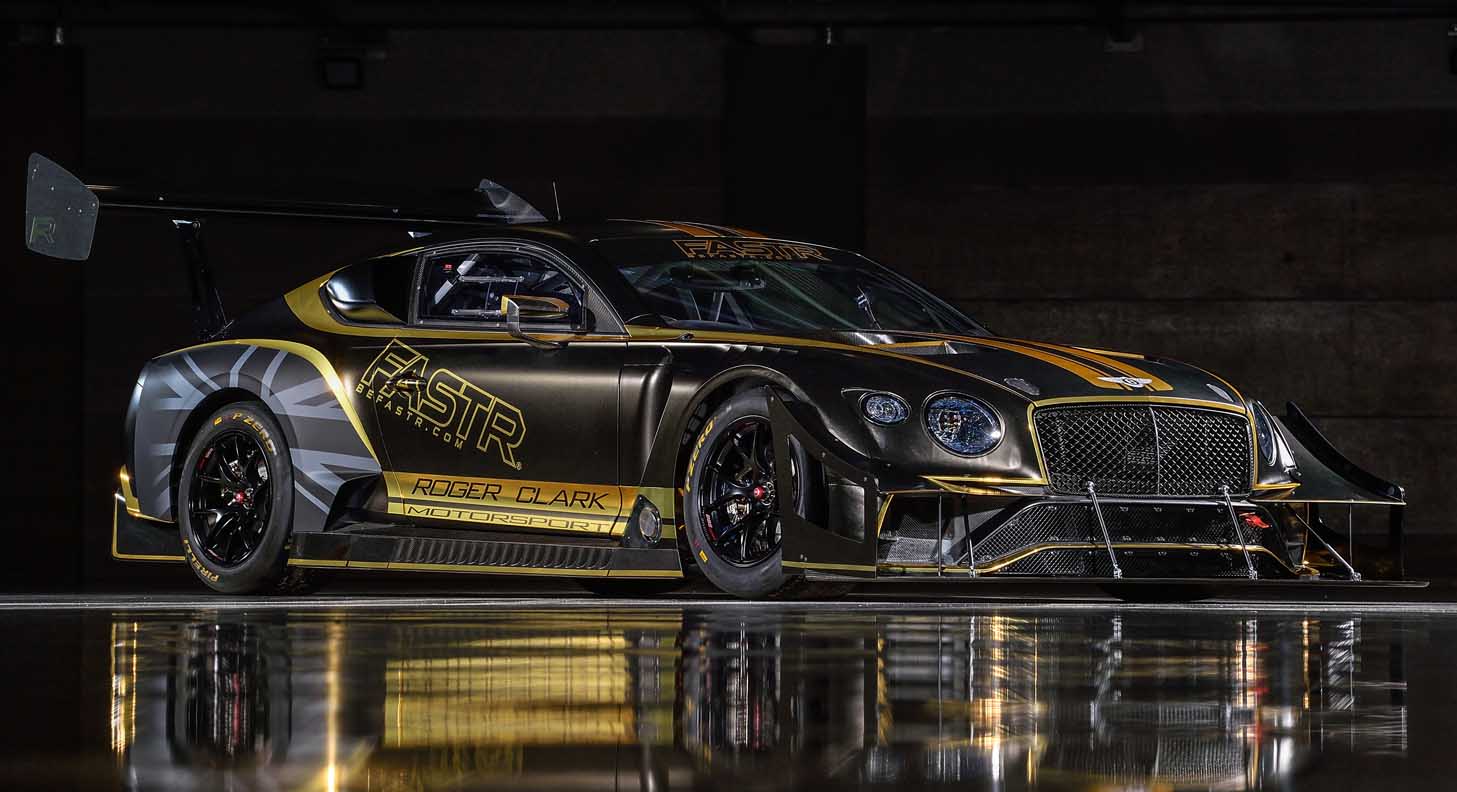 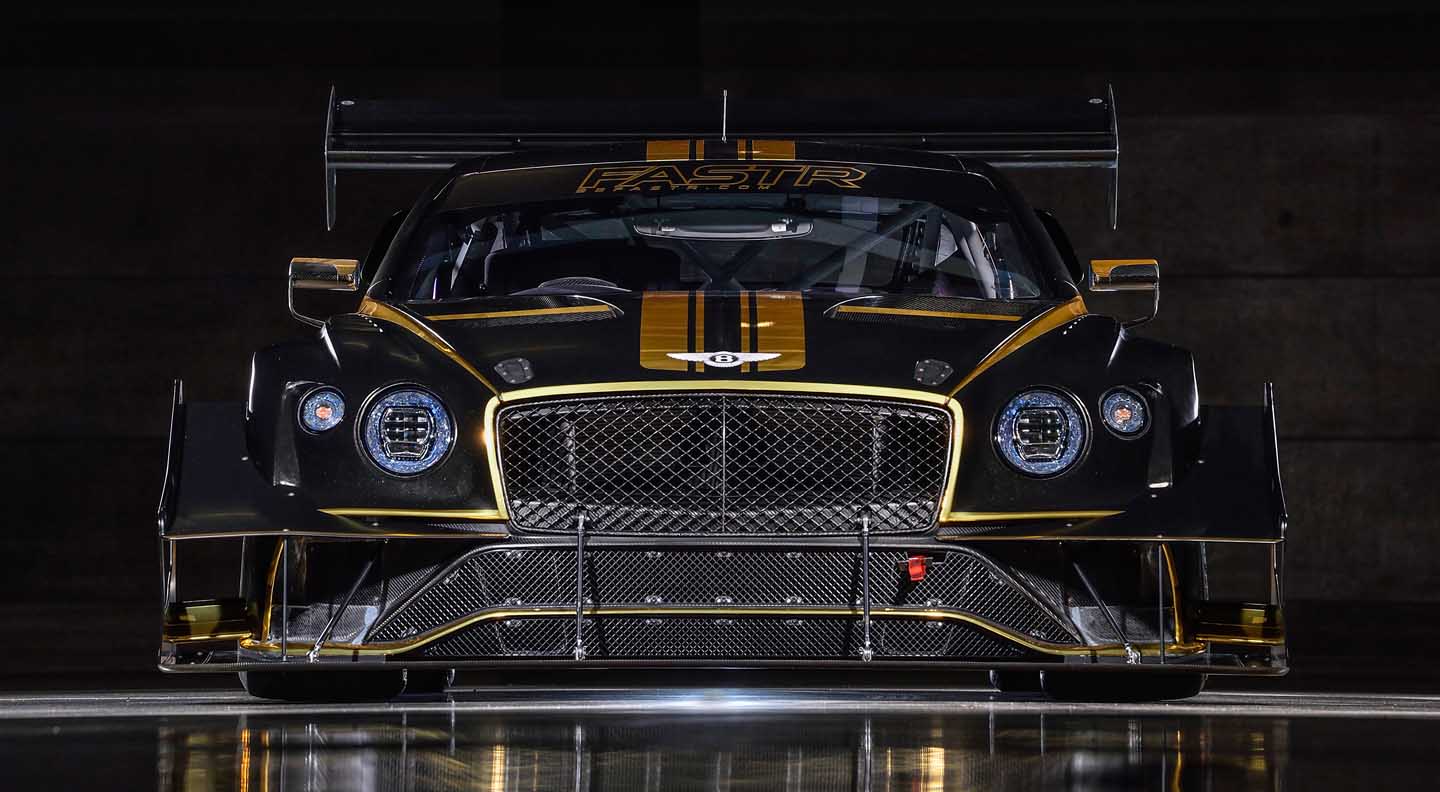 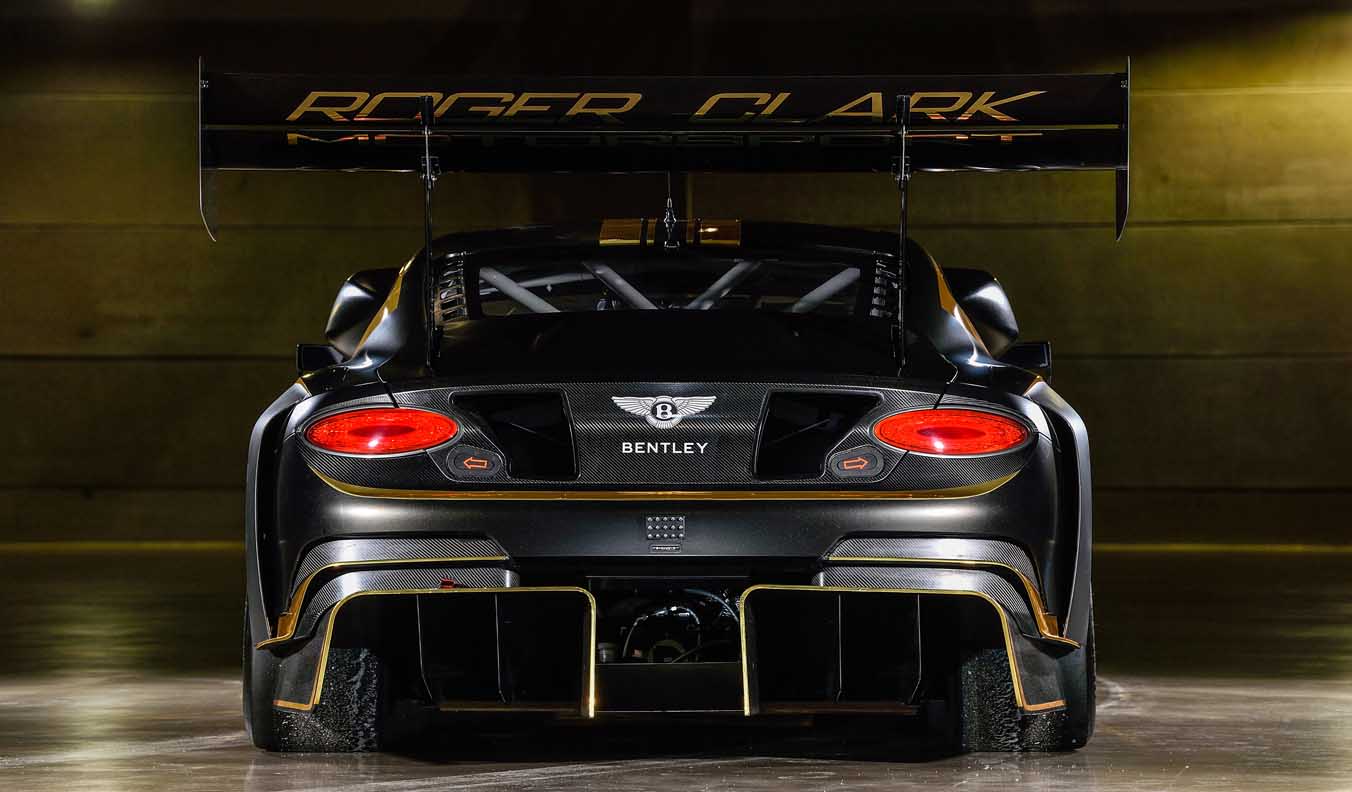 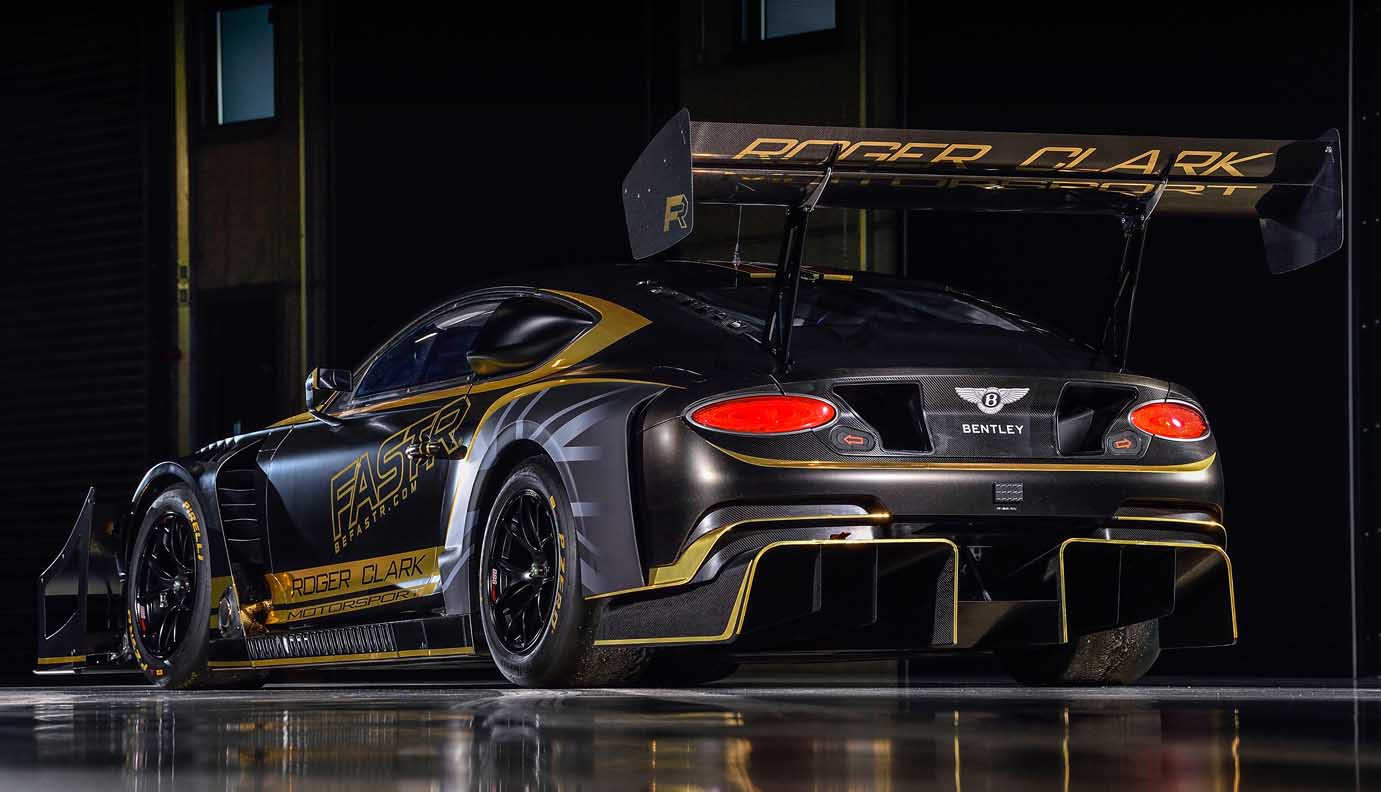 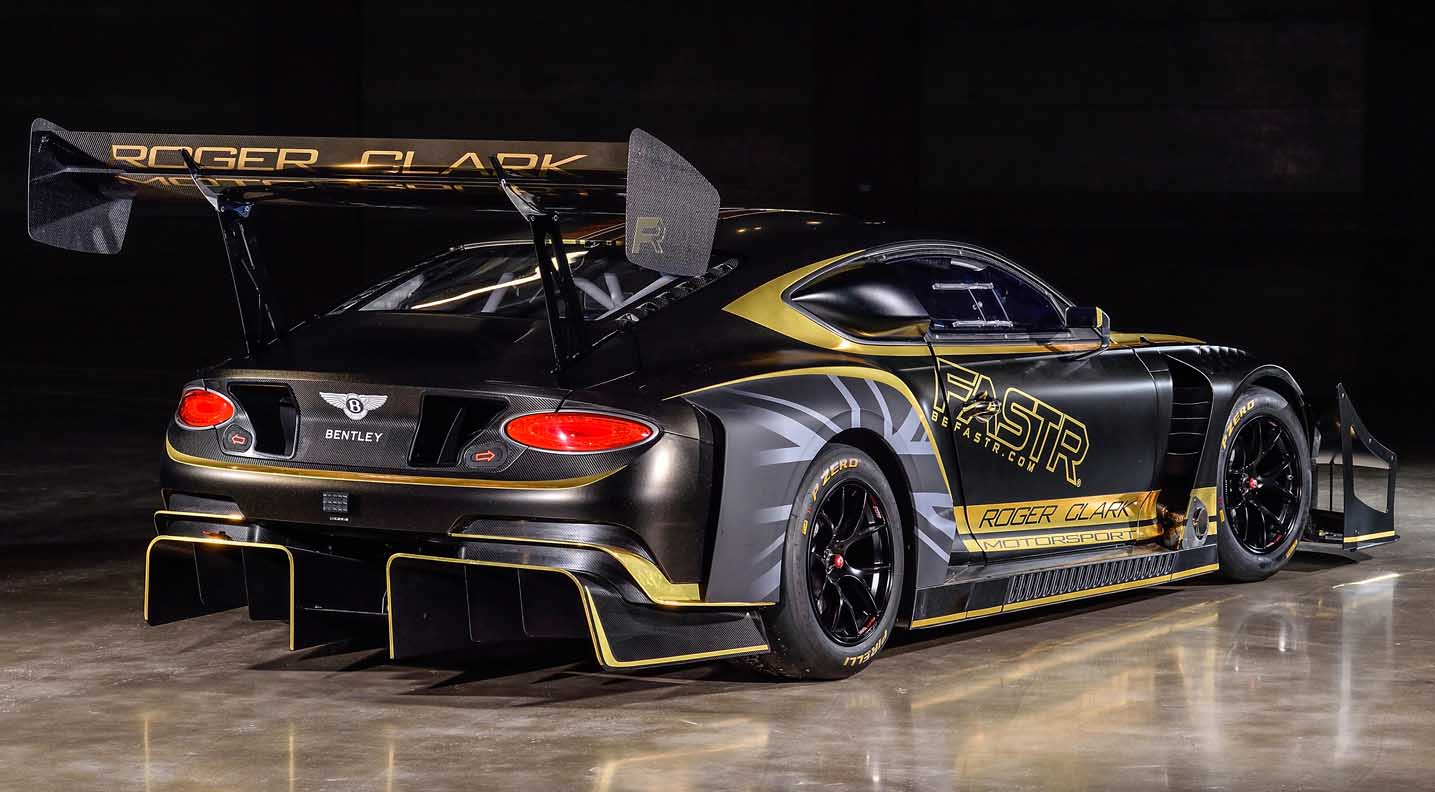 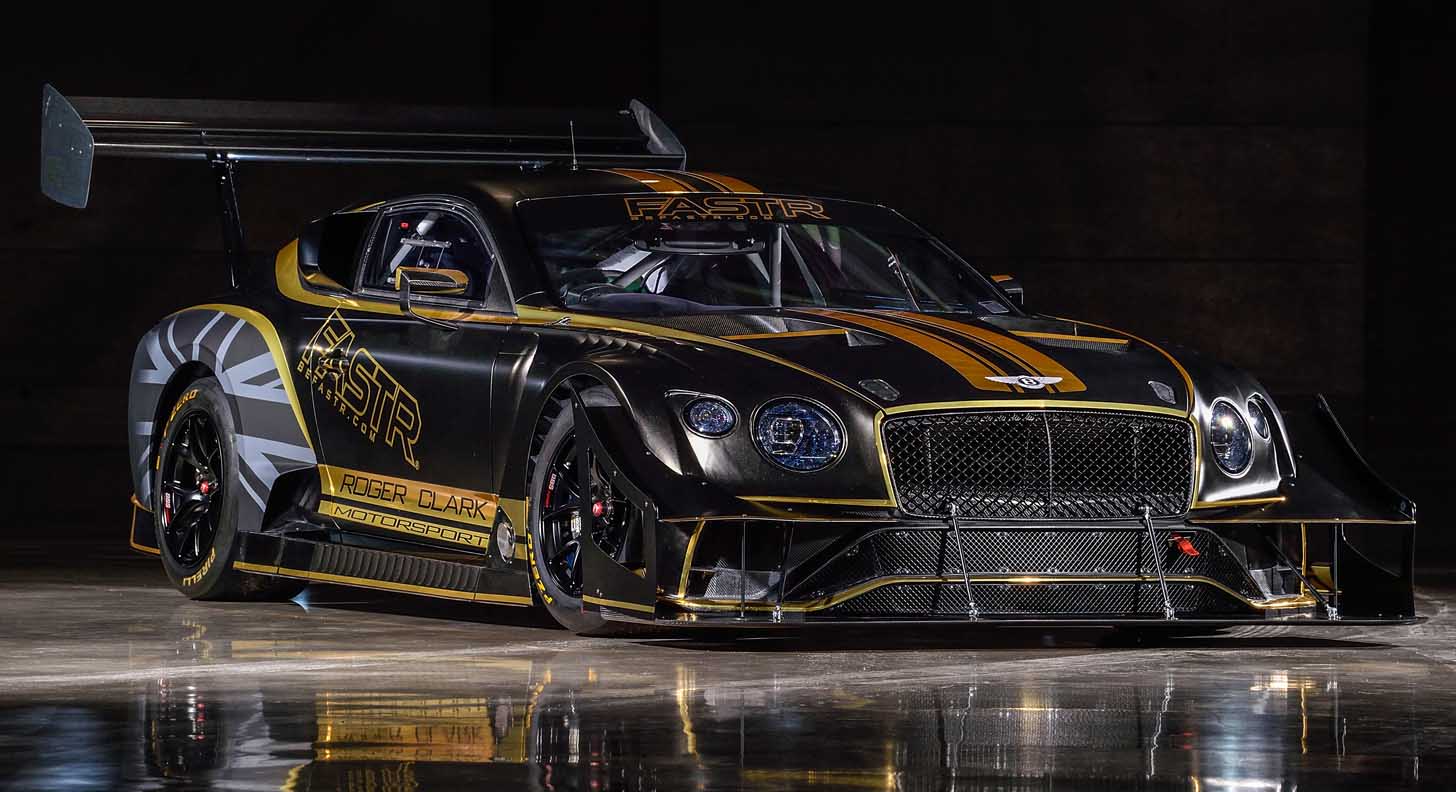 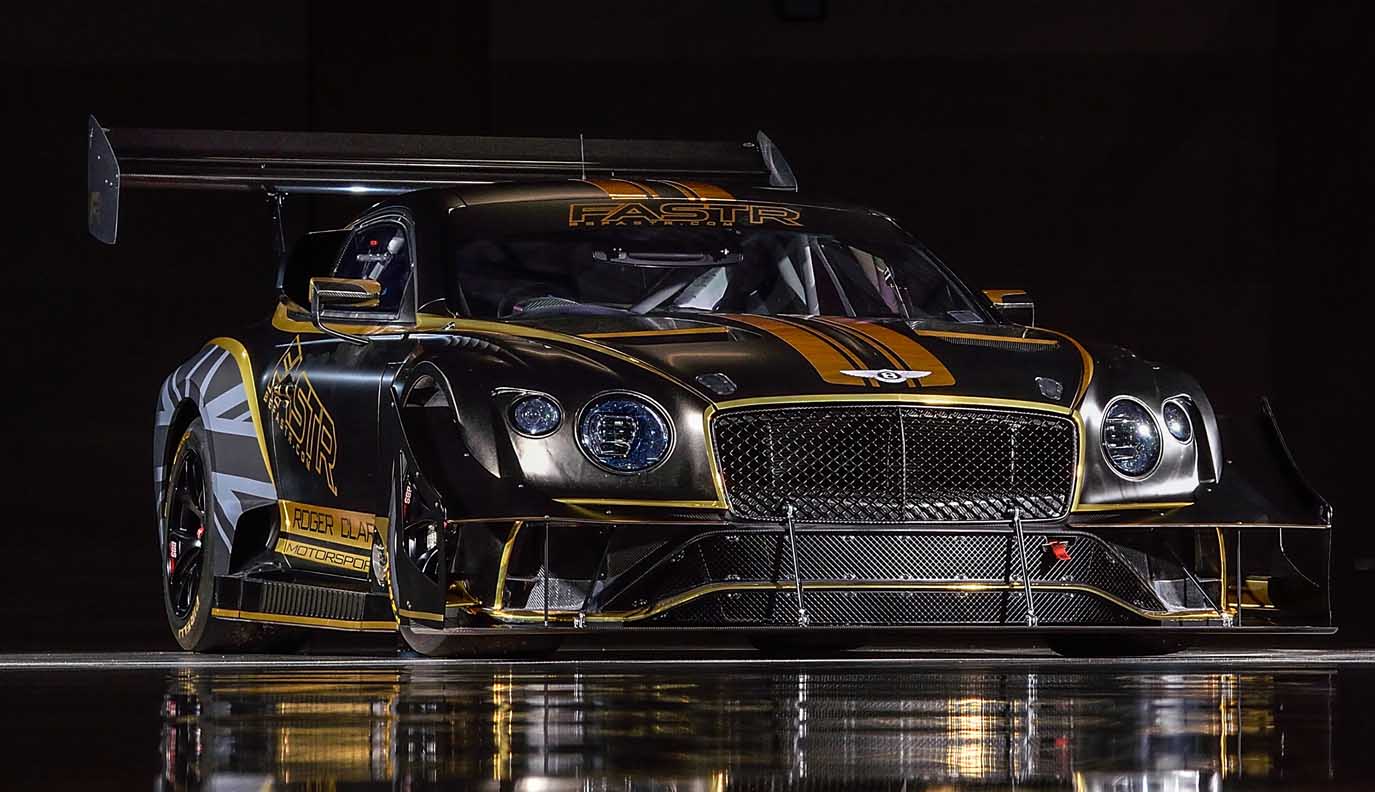 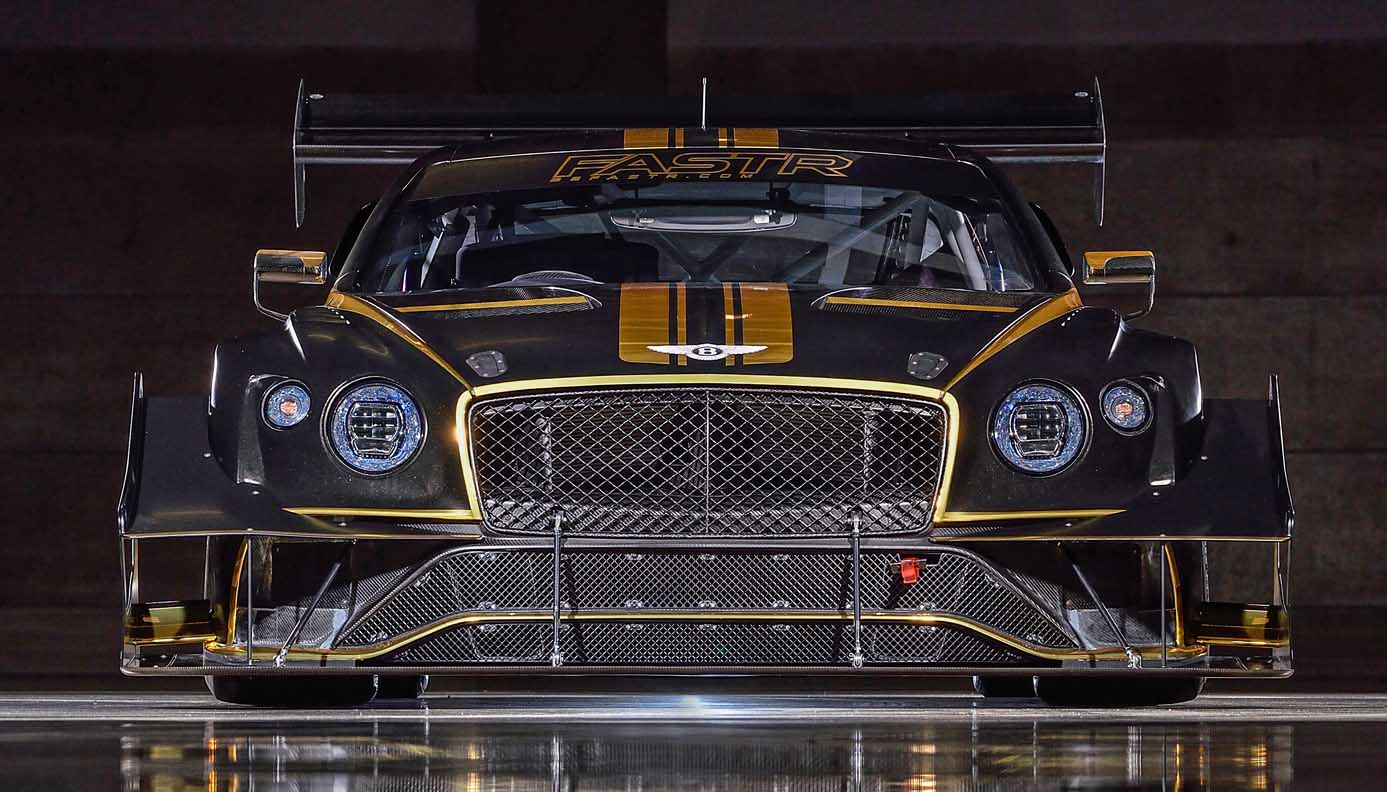 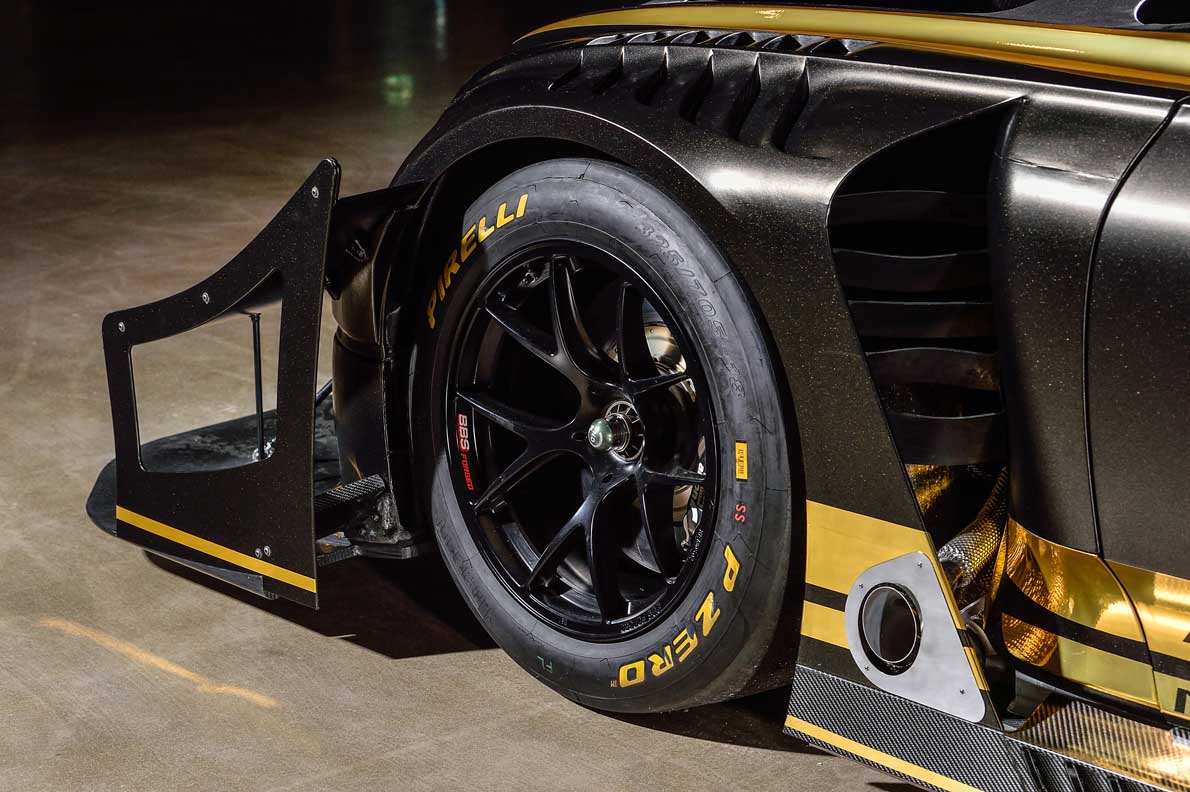 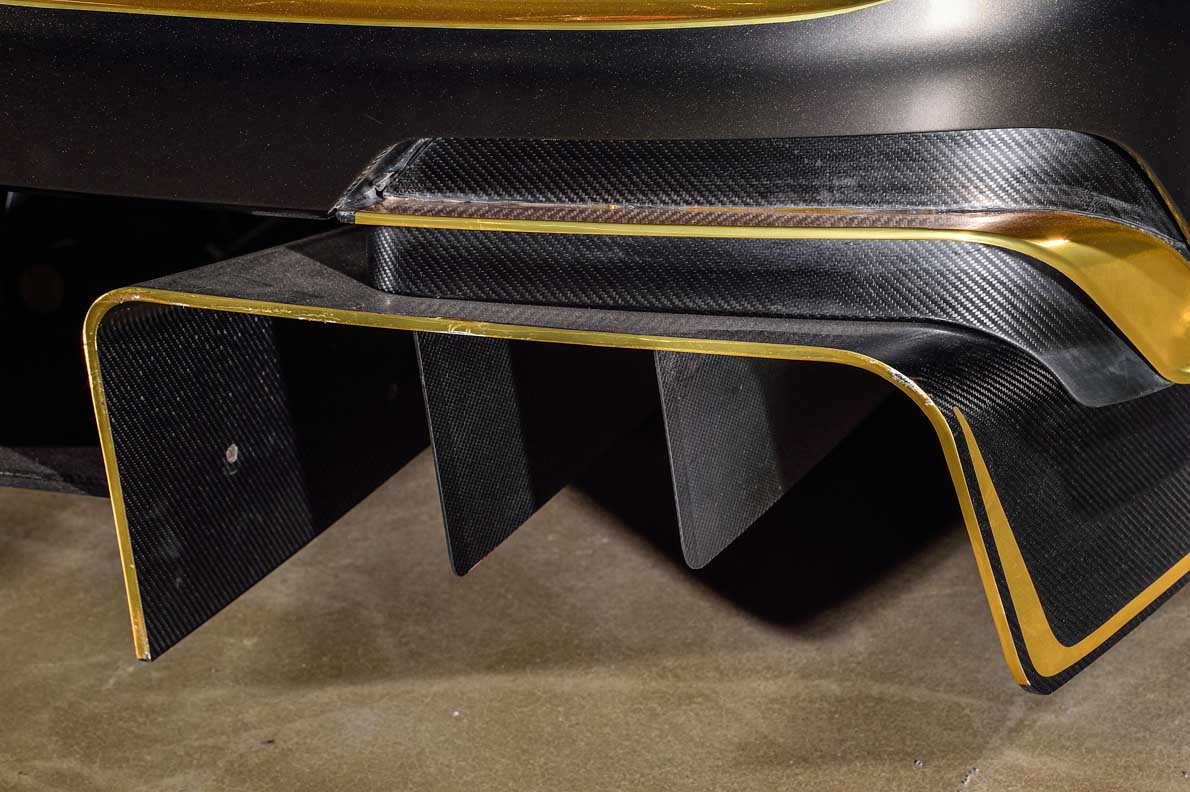 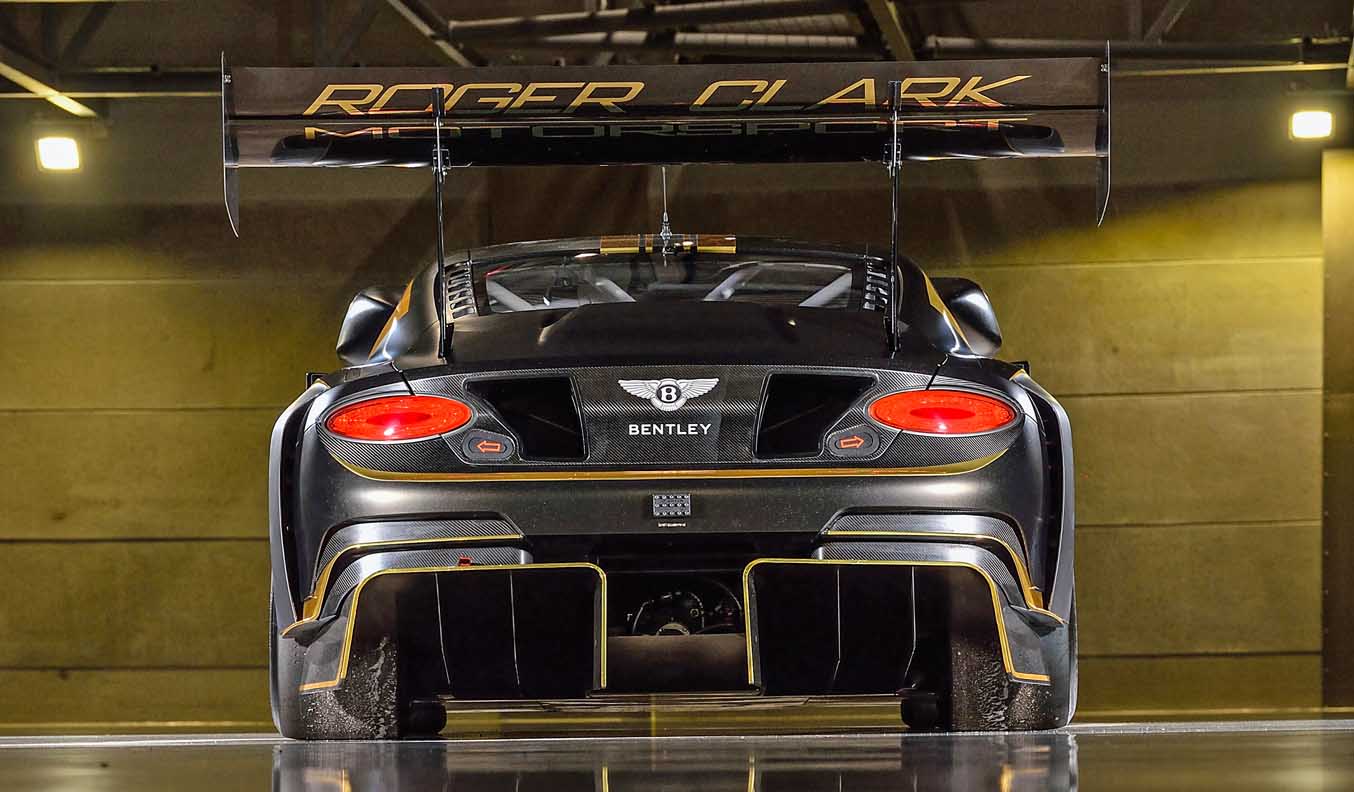 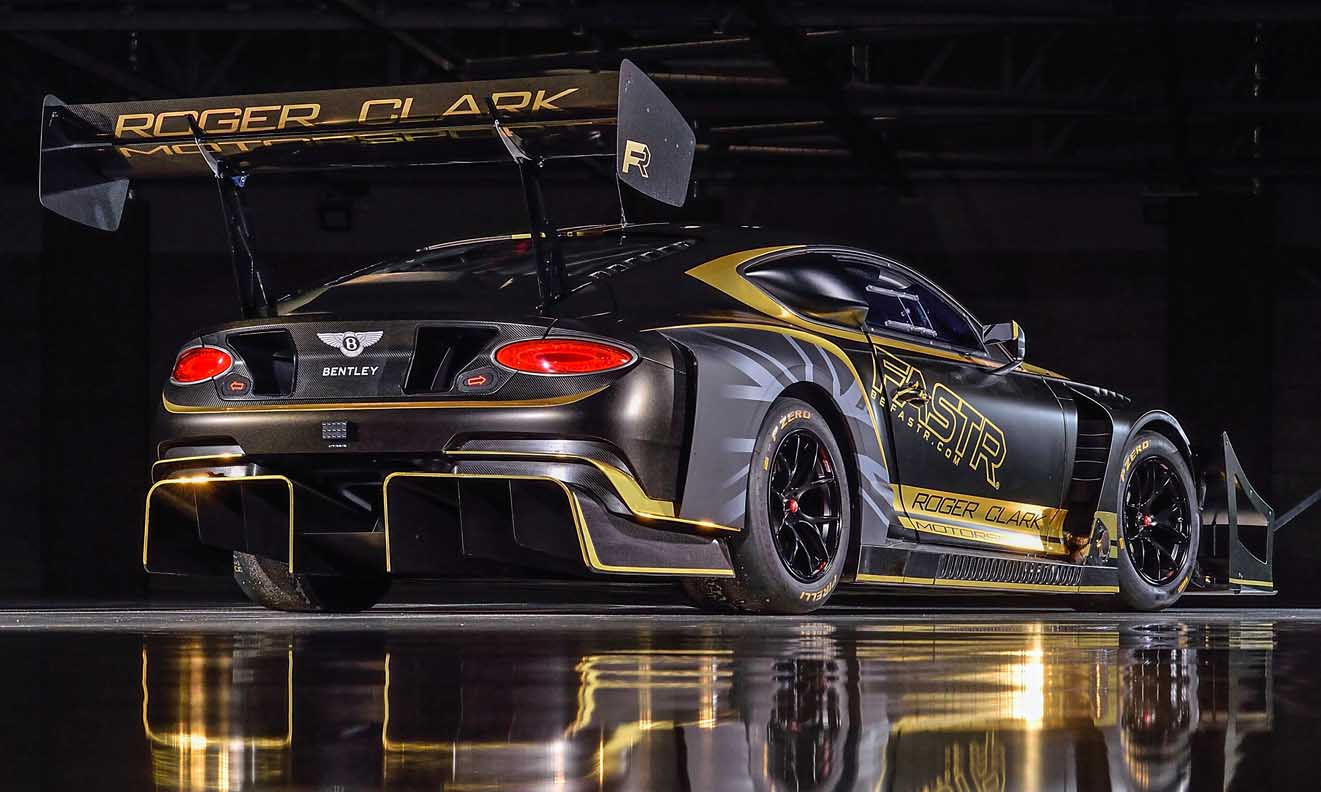