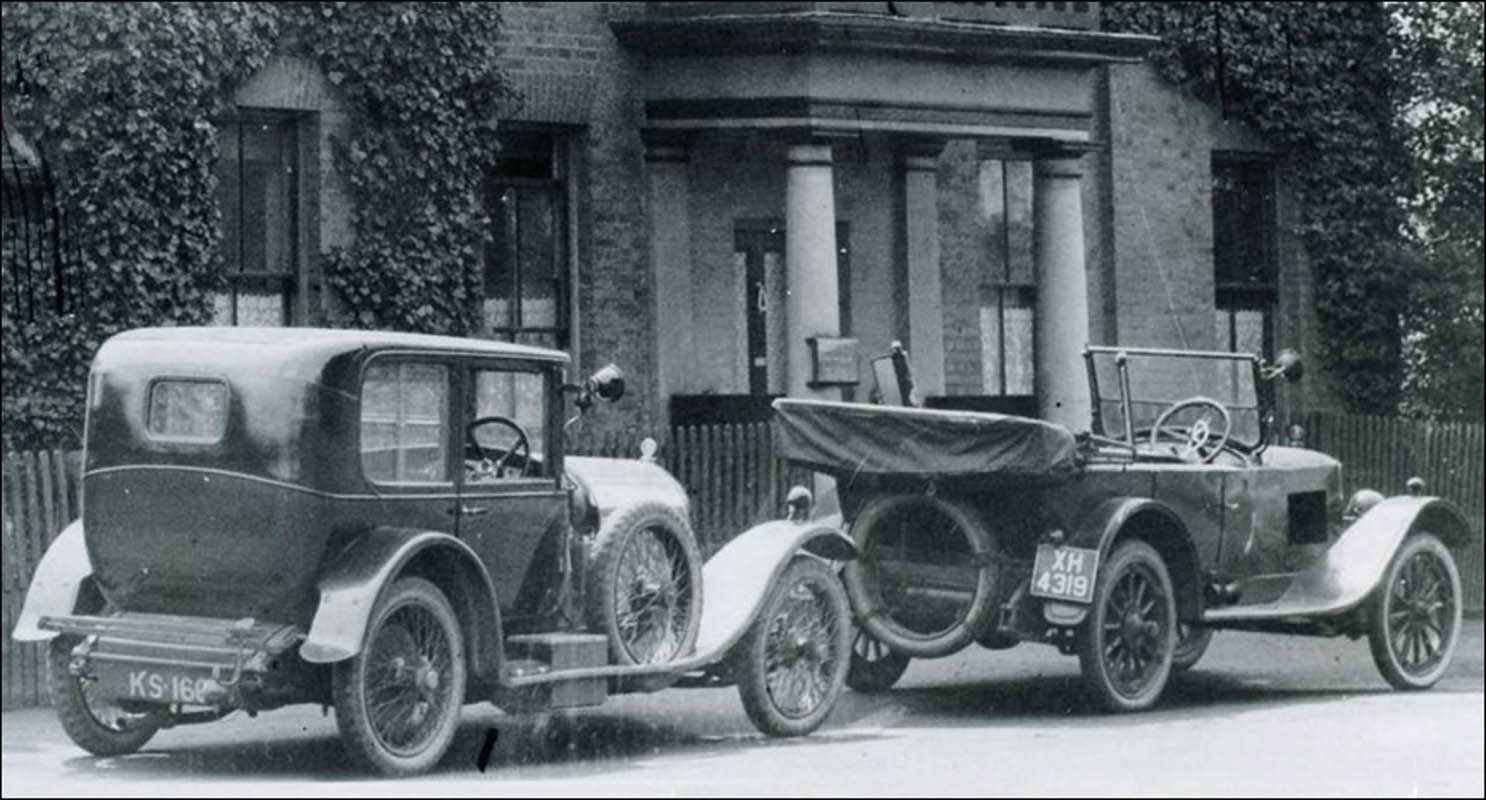 Bentley Motors is celebrating a centenary of sales to extraordinary customers, with 100 years since the brand’s first. A 3-Litre model registered in 1921 as KS 1661 was purchased by wealthy Londoner Noel van Raalte, who enjoyed a passion for racing exceptional motor cars and whose family owned Brownsea Island, near Poole Harbour.

Originally bought for £1,150, the first production Bentley ordered was manufactured in Cricklewood, North London, and featured lightweight aluminium coachwork and brass brightwork. Introduced by company founder, W.O. Bentley, the 3-Litre became an immensely popular motor car, exhibiting the build quality and engineering prowess that has been a hallmark of the company ever since. In fact, in Bentley’s 102-year history, over 200,000 cars have been handcrafted, 97 per cent of which have rolled off the Crewe production line since the company moved in 1946.

While van Raalte was the first customer to order a Bentley, somewhat strangely he wasn’t the first to take delivery. That honour belongs to Ivor Llewellyn, who in August 1921 took delivery of the first of three 3-Litres that he bought. This was the third production chassis, and still exists today as the oldest surviving production (non-Experimental) Bentley in the world.

This history of exceptional Bentley craftsmanship helped ensure a 3-Litre went on to win the 24 Hours of Le Mans in 1924 and 1927. It was the start of an epic run of five Bentley victories in eight years at the event, with the legendary Bentley Boys dominating the circuit. Somewhat fitting of the 3-Litre’s dominance in the country’s iconic race,  van Raalte’s Chassis No. 1 was last heard of racing in France in 1931.

In a review of the 3-Litre in the January 1920 issue of The Autocar, kindly supplied by the recently-launched Motoring Archive, the writer perfectly summed up the new Bentley: “For the man who wants a true sorting type of light-bodied car for use on a Continental tour the three-litre Bentley is undoubtedly the car par excellence.”

The magazine review goes on to poetically add: “Cars undoubtedly have a personality to the real enthusiast, to whom they are not mere collections of steel and aluminium, but, animal like, show their spirit just so soon as the clutch bites home and feeling comes to the driver through the narrow steering wheel rim.” 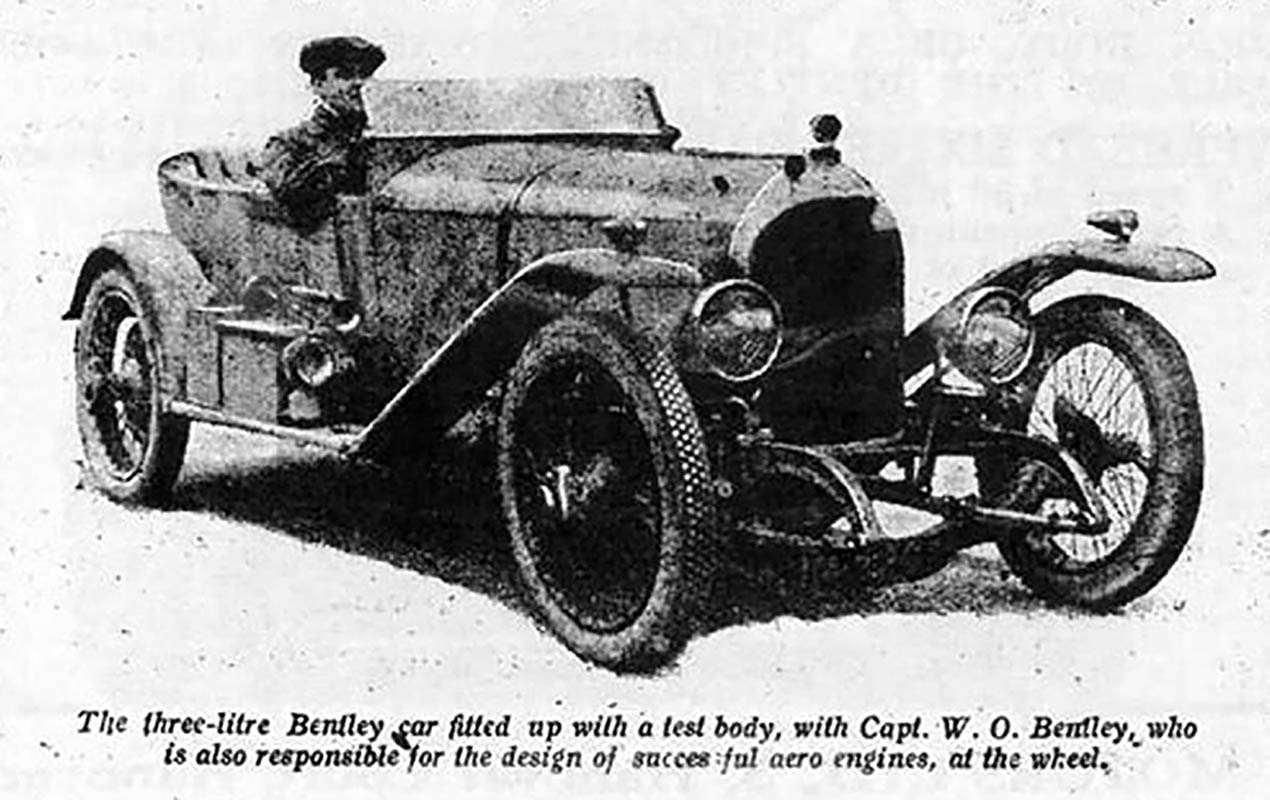 Subsequently, having recently collected the 3-Litre, van Raalte gave a glowing review to the Editor of The Autocar, saying: “The reason I bought a Bentley was because of its exceptional performance in all respects of the road. Such features as steering, suspension, holding the road, brakes, change speed, and engine efficiency, leave nothing to be desired, and are, in my opinion, to be found to a higher degree in this make of car than any other of the many makes I have owned or used.”

Speaking of the correspondence, Mark Tisshaw, Editor of Autocar, commented:

“Dating back to 1895, Autocar archive encompasses the entire history of Bentley. Indeed, we were already 26 years old when this significant milestone in Bentley’s rich history occurred. Opening up access to our archive for the first time with the digital launch of the Motoring Archive allows amazing stories like the origins of this very special Bentley to be more easily rediscovered and shared once more.”

The 3-Litre model quickly helped establish the Bentley brand and was followed by the 6 ½, 4 ½, 8 and then the 4-Litre – some of the most distinctive vintage cars of the pre-War period.

Post-War, the breath-taking Bentley R-Type Continental debuted in 1952. The fastest four-seater car in the world could hit a top speed of just under 120 mph and was the ultimate, luxury grand tourer. The Bentley T-Series was launched in the 1960s before the company’s long-serving V8 engine was re-engineered during the 1970s, increasing capacity to 6.75 litres.

Many celebrated models followed, including the Mulsanne and the Turbo R – the latter the fastest road-going Bentley of the age. In 1998, Volkswagen Group acquired the company and started a major investment plan that marked the dawn of a successful new era for Bentley.

After a triumphant return to Le Mans in 2001 with the EXP Speed 8, the best-selling Continental GT launched two years later, followed by an all-new Mulsanne in 2009. Bentley then created the world’s first luxury SUV in 2015 with the arrival of the Bentayga, the go-anywhere Bentley with all-wheel drive and up to seven seats.

A new Flying Spur was introduced in 2019 during Bentley’s centenary year, followed in 2020 by the ultra-rare, open-air Bacalar. This hand-built, limited edition model marked a return to traditional coachbuilding by Bentley Mulliner, the oldest coachbuilder in the world.

Despite a global pandemic, Bentley recorded its highest ever sales figures in 2020 and also revealed its ground-breaking Beyond100 strategy. Sustainable mobility leadership will effectively reinvent every aspect of the business. The target is to be end-to-end carbon neutral by 2030, with the entire Bentley range powered only by battery.

As the company moves towards an exciting future, Bentley’s signature craftsmanship and engineering capabilities continue to be core to the brand. A hundred years since van Raalte took delivery of the first production 3-Litre, Bentley remains at the cutting edge of luxury car building. 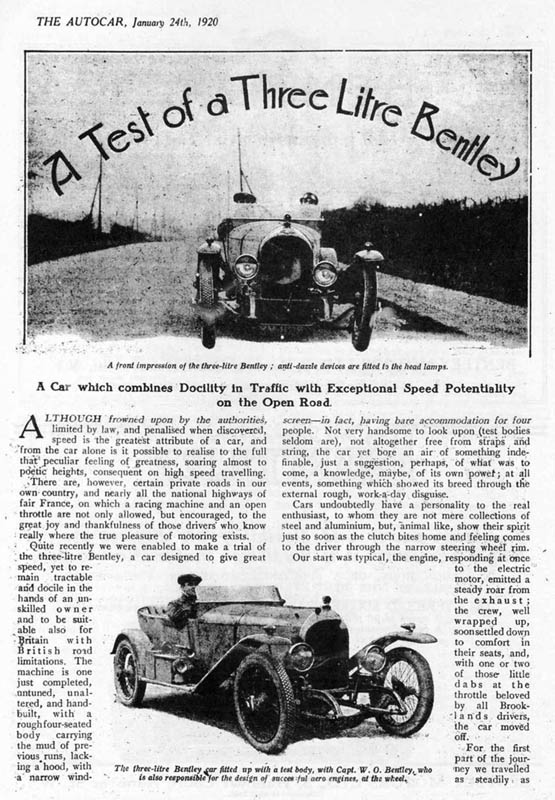 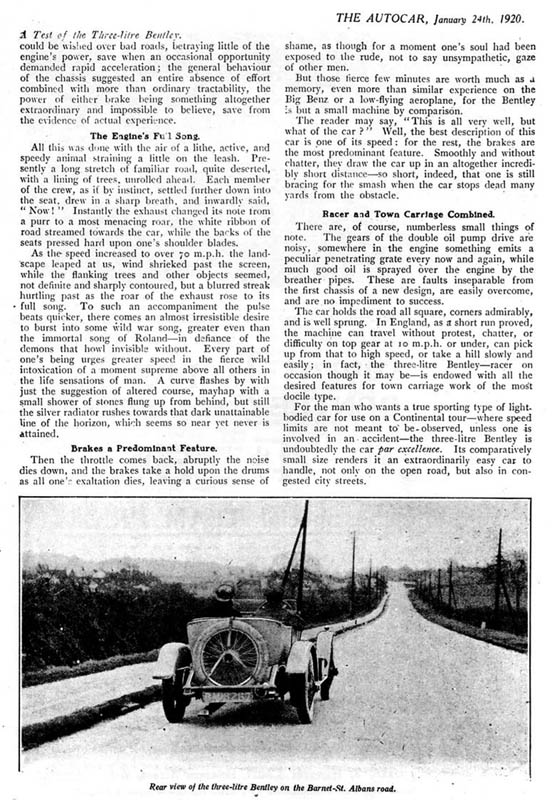 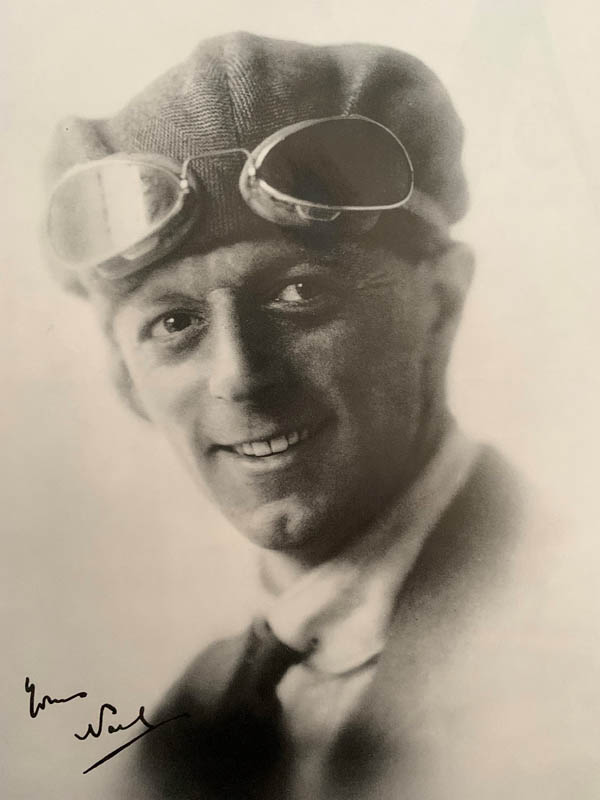