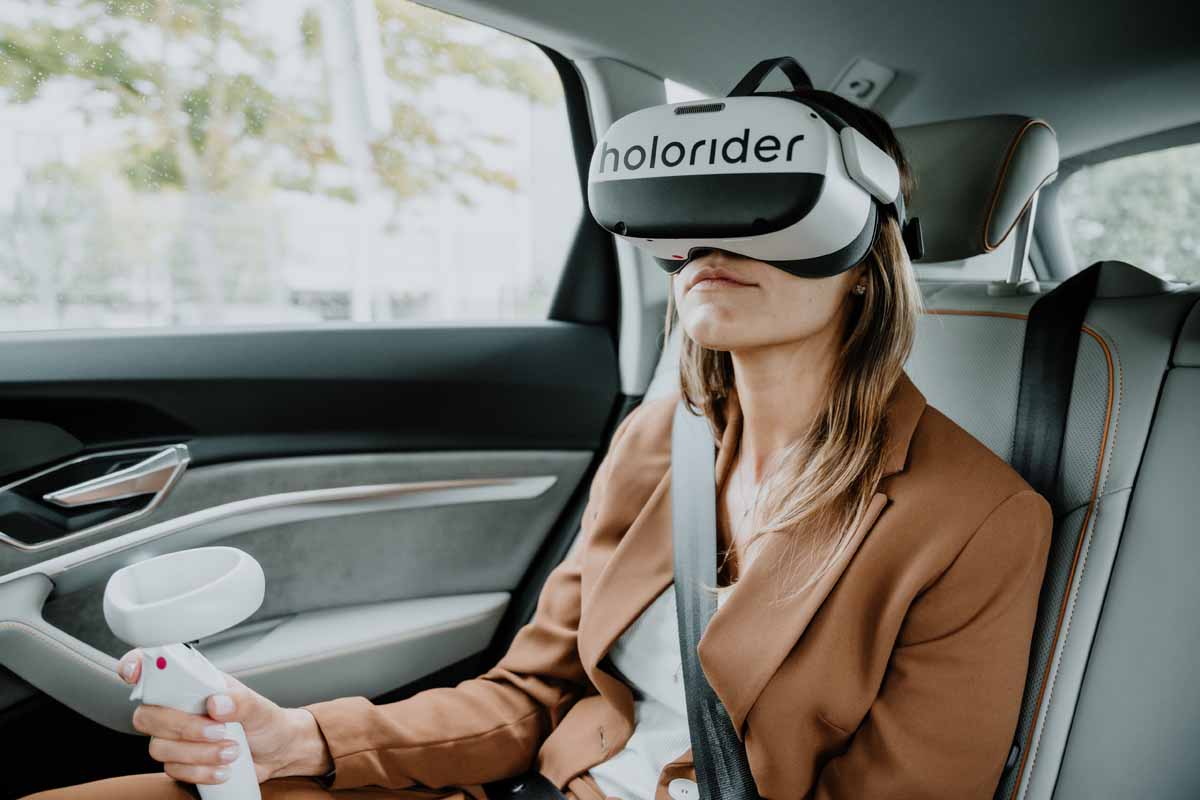 Audi is the first automobile manufacturer in the world to bring virtual-reality entertainment from holoride into series production. Beginning this summer, back seat passengers can put on virtual reality glasses (VR glasses) and immerse themselves in various media formats such as games, films and interactive content. The main attraction: The virtual content adapts to the driving movements of the car in real time. From June 2022, Audi models with the latest upgrade of the modular infotainment toolkit (MIB 3) will be holoride-capable. The new technology will be introduced at the South by Southwest® (SXSW) festival in the United States. Visitors there will be able to experience holoride in a moving vehicle.

In the future, passengers will be able to use the time on the way from point A to point B for a thrilling game experience. From June 2022, passengers in the back seat of an Audi will experience films, video games and interactive content much more realistically using VR glasses. A car ride will become a multimodal gaming event.

The technology will be introduced at the South by Southwest® (SXSW) music, film and tech festival in Austin, Texas, and visitors will be able to take drives in the back seats of fully electric Audi vehicles. holoride is closely associated with South by Southwest, and won the prestigious SXSW Pitch 2021 in the category “Entertainment, Gaming & Content” as well as the “Best in Show” award.

Behind holoride there is a technology that adapts virtual content to the car’s driving movements in real time: For example, if the car is taking a right turn, the spaceship in the imaginary world will also fly to the right. If the car accelerates, the spaceship speeds up too. Initiated by Audi, development of this innovative VR or XR (extended reality) technology is being advanced and commercialized for different manufacturers by the tech entertainment startup holoride.

With this approach, the Munich-based startup has established a completely new media category that they call “Elastic Content” – content that adapts to driving movements, journey time and driving route. The result is immersive experiences with a previously unknown level of quality.

From June, a large number of Audi models will be holoride-capable

From June, select models that roll off the line with the third generation modular infotainment toolkit (MIB 3) and the latest software cluster will be holoride-capable. Concretely, this means: Audi A4, A5, A6, A7, A8, Audi Q5, Q7, Q8, Audi e-tron and Audi e-tron GT quattro1. From June, the Audi models mentioned will be ready for holoride in the entire European market, as well as in Canada, the United States, Japan and China. The availability of holoride itself may deviate from this depending on the individual market. The new startup technology will launch in Germany, the United Kingdom and the US market. Other markets will follow successively.

To use holoride, a virtual reality headset that has been enabled for it must be connected with the vehicle. The connection is created wirelessly via Bluetooth Low Energy (BLE).

holoride was first presented at CES 2019 (Consumer Electronics Show) in Las Vegas. In cooperation with Disney Games and Interactive Experiences, holoride implemented a VR game experience from the Marvel Universe for cars. In addition to other activities and showcases, during a roadshow through California from Los Angeles to San Francisco in the summer of 2021, holoride visited other production and game studios to demonstrate the technology’s possibilities to potential partners. Visitors to IAA 2021 in Munich, under the fitting motto “Let’s talk about progress,” were among the first to take demo rides with holoride. Attendees of the Salzburg Festival were also able to enjoy holoride in the back seat of an Audi e-tron and experience time travel through the musical epochs of the City of Salzburg while searching for a young Mozart.

In the future, the progressive automation of travel by car will not only make new forms of entertainment possible while driving – it will also open up increased opportunities to learn and work on the road. When drivers also no longer have to concentrate on driving in the future, they can turn their attention to other things – work, reading, watching films, or gaming. The motion-synchronized voyage through virtual worlds with holoride also reduces the common phenomenon of motion sickness often experienced by passengers reading a book or enjoying audiovisual media on electronic devices such as tablets.

For users, the interior will become their personal free space, and for designers, it will become the new design center.After all, the design process begins with the question: who will be sitting in a new model and what will people want to do there?

In the future, designers will no longer design cars from the outside in, but from the inside out – and therefore customers will literally become the center of attention.

holoride is the leader in Elastic Content for in-vehicle entertainment. Founded in 2018 by Nils Wollny, Marcus Kuehne, Daniel Profendiner, and Audi, holoride connects Extended Reality (XR) content in real-time with motion and location-aware vehicle data, such as physical feedback and navigation, to create hyper-immersive XR content and experiences for passengers.

Using the power of blockchain, holoride has launched its own cryptocurrency called RIDE which aims to supercharge its content ecosystem, drive engagement, and create value among all participants. The RIDE token will connect car manufacturers, content creators, brands, and passengers for a novel in-vehicle experience economy.

In April 2021, holoride raised €10 million in its Series A funding round led by Terranet AB, earning the company a €30 million valuation. That same year, holoride won the prestigious SXSW Pitch and was also named Best in Show. It has been hailed “Best of CES 2019” four times, recognized as one of the “100 Best Inventions of 2019” by TIME Magazine, and is part of the global innovation platform “STARTUP AUTOBAHN powered by Plug and Play”. 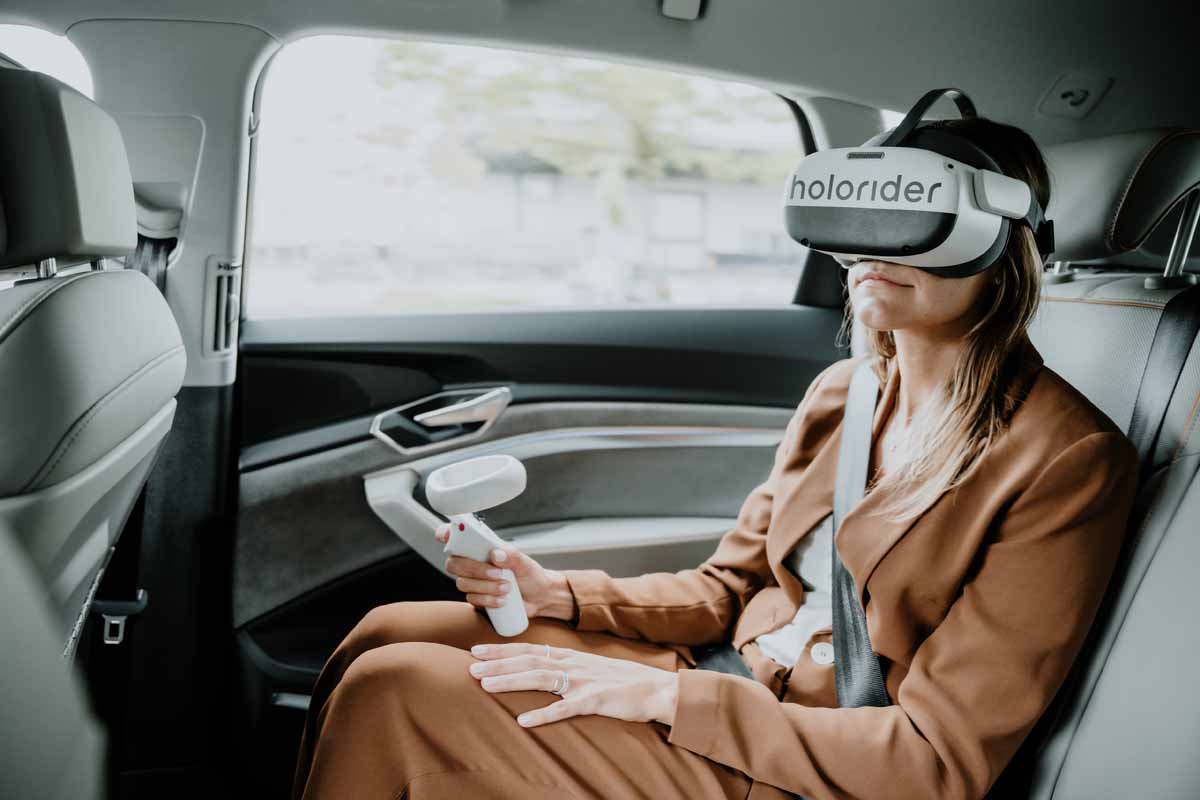 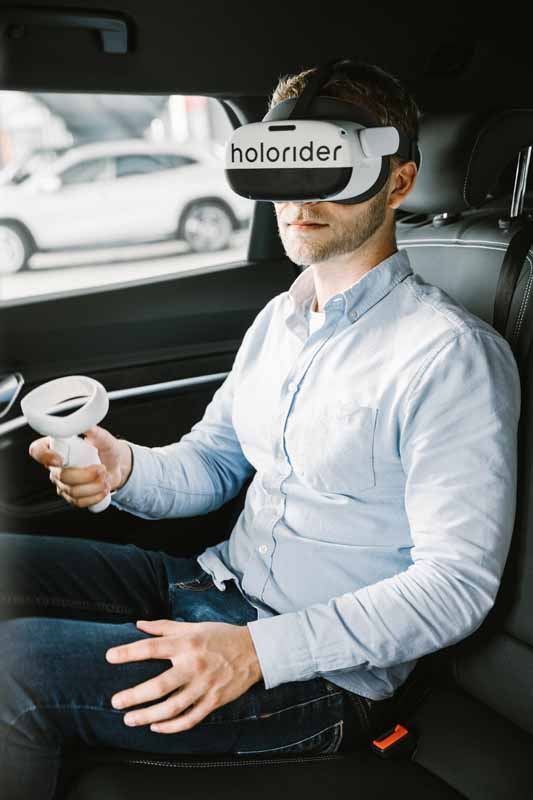 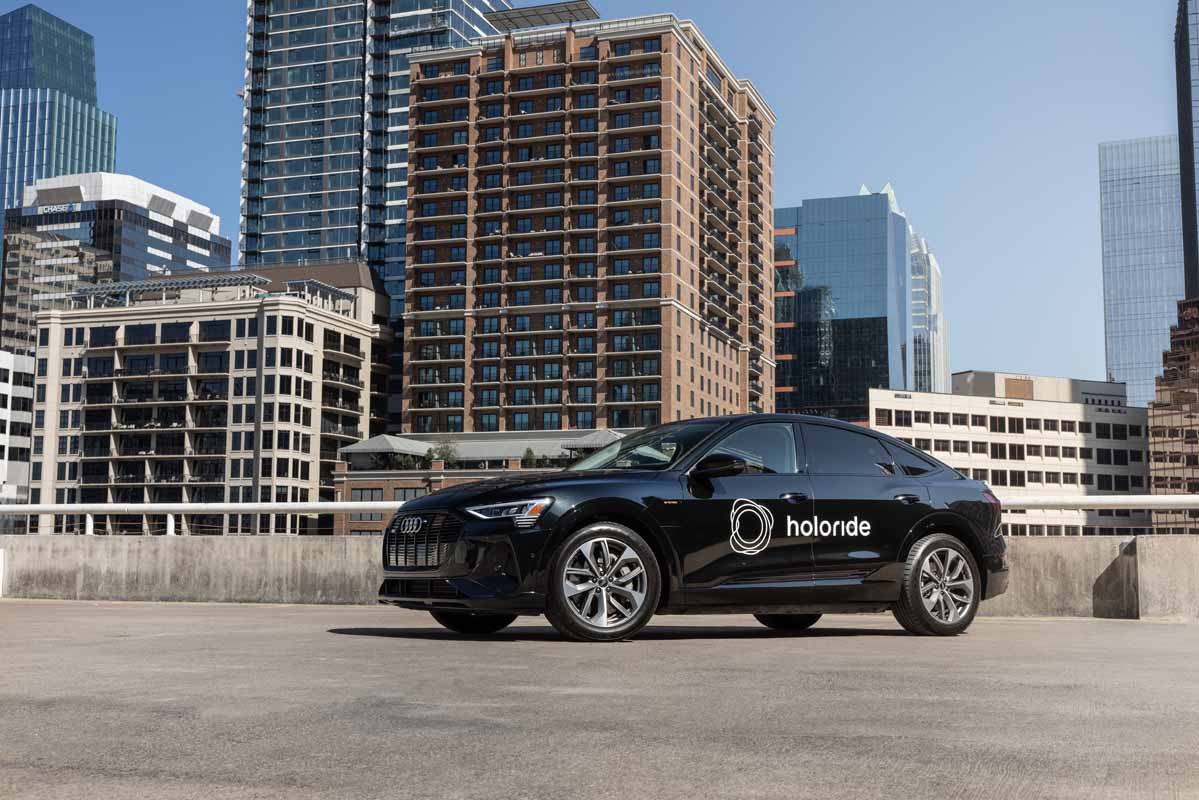 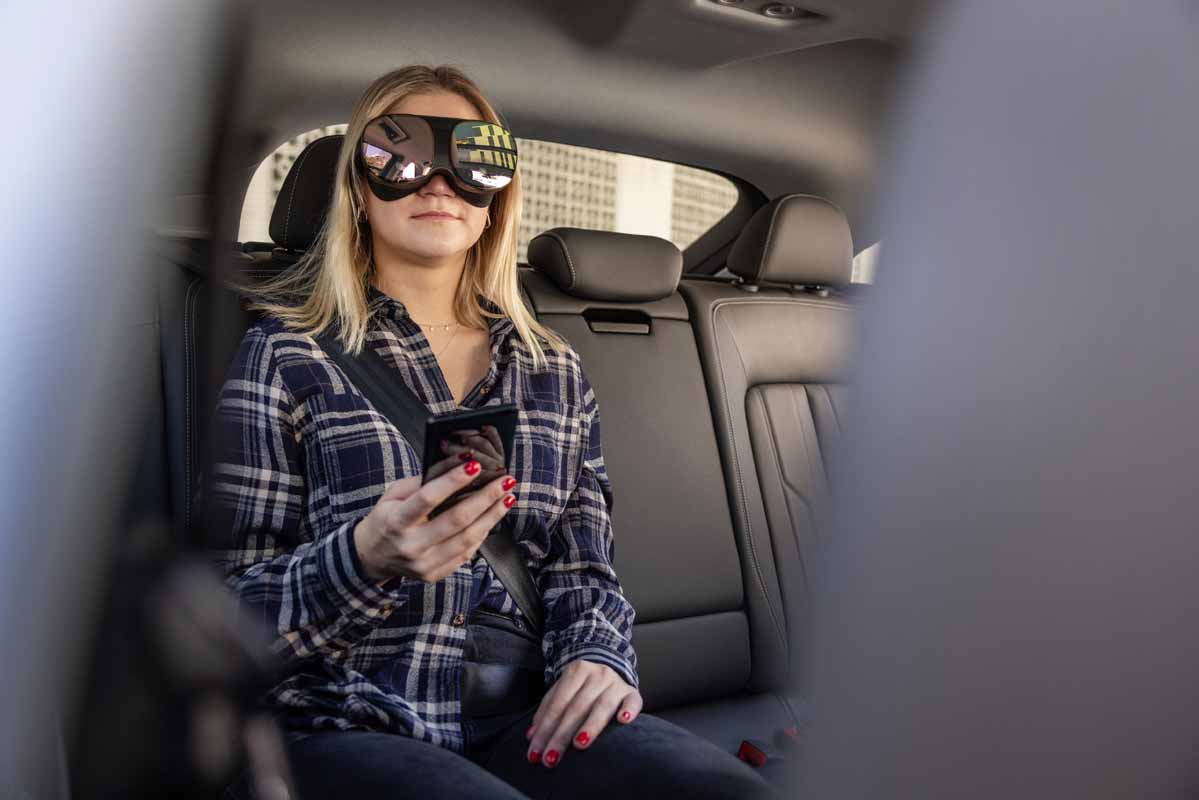 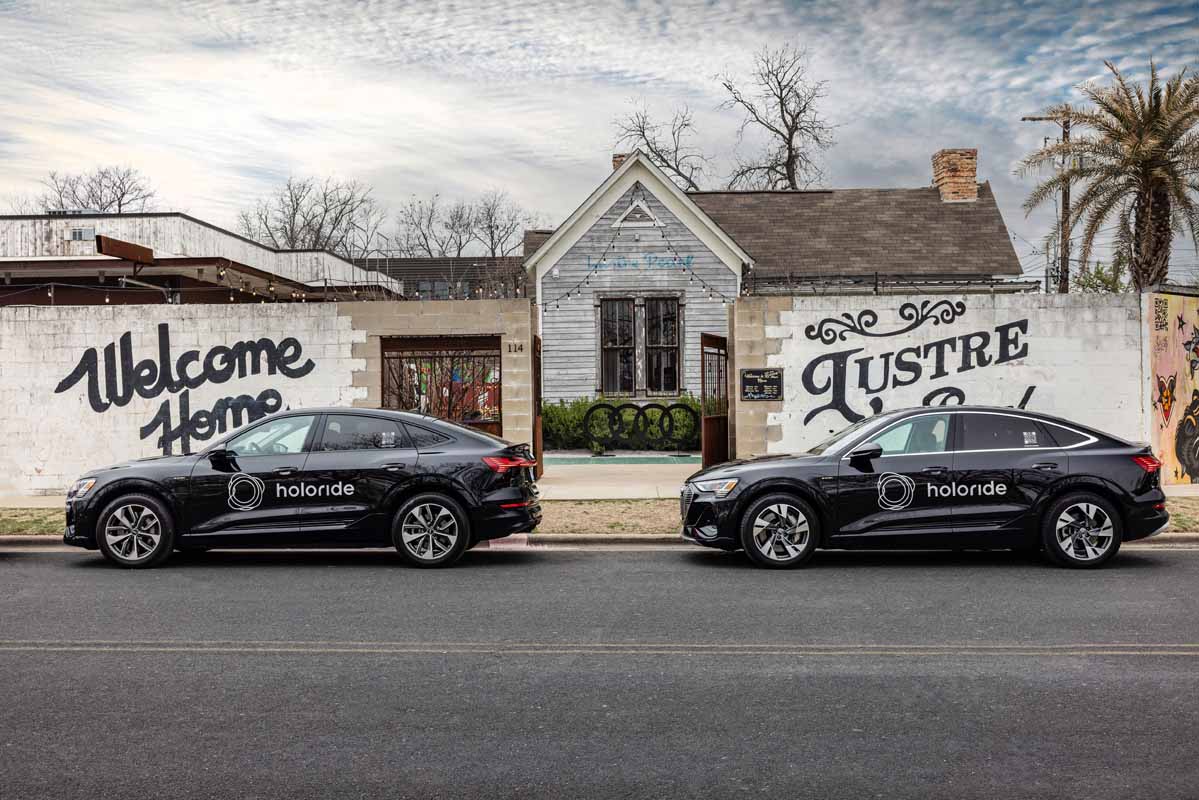 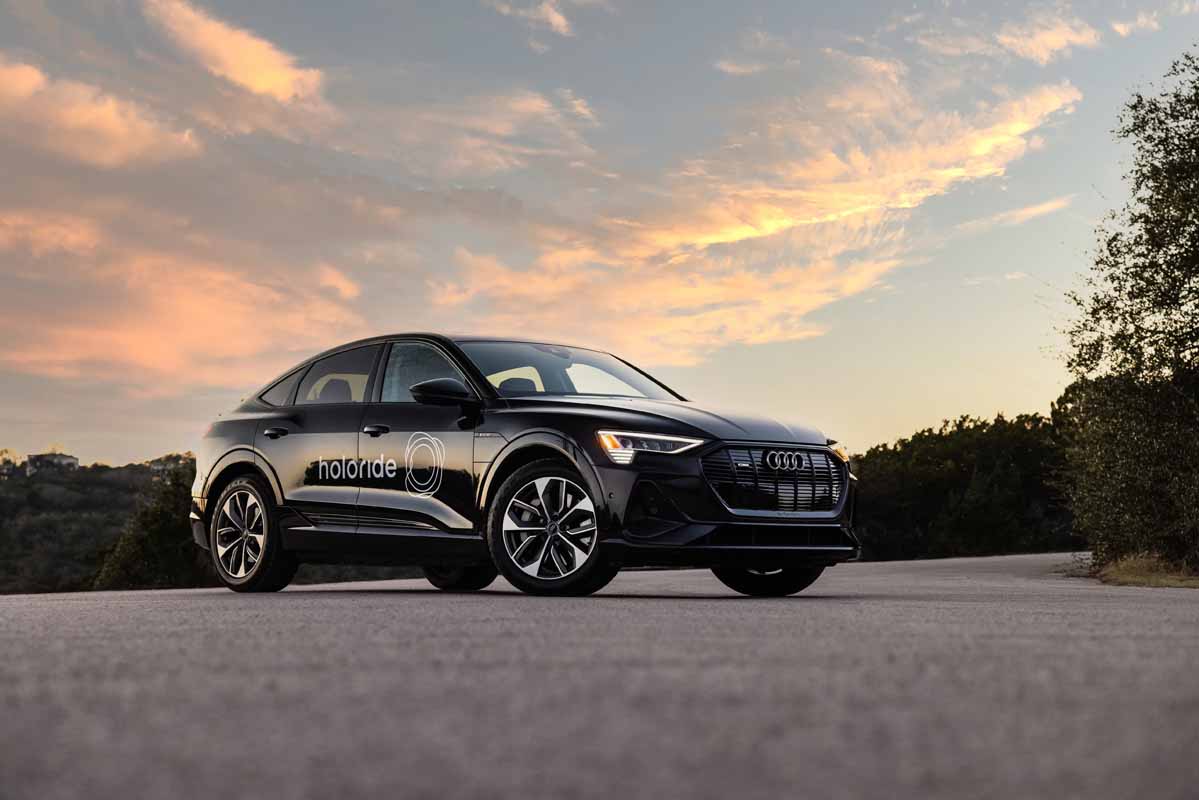 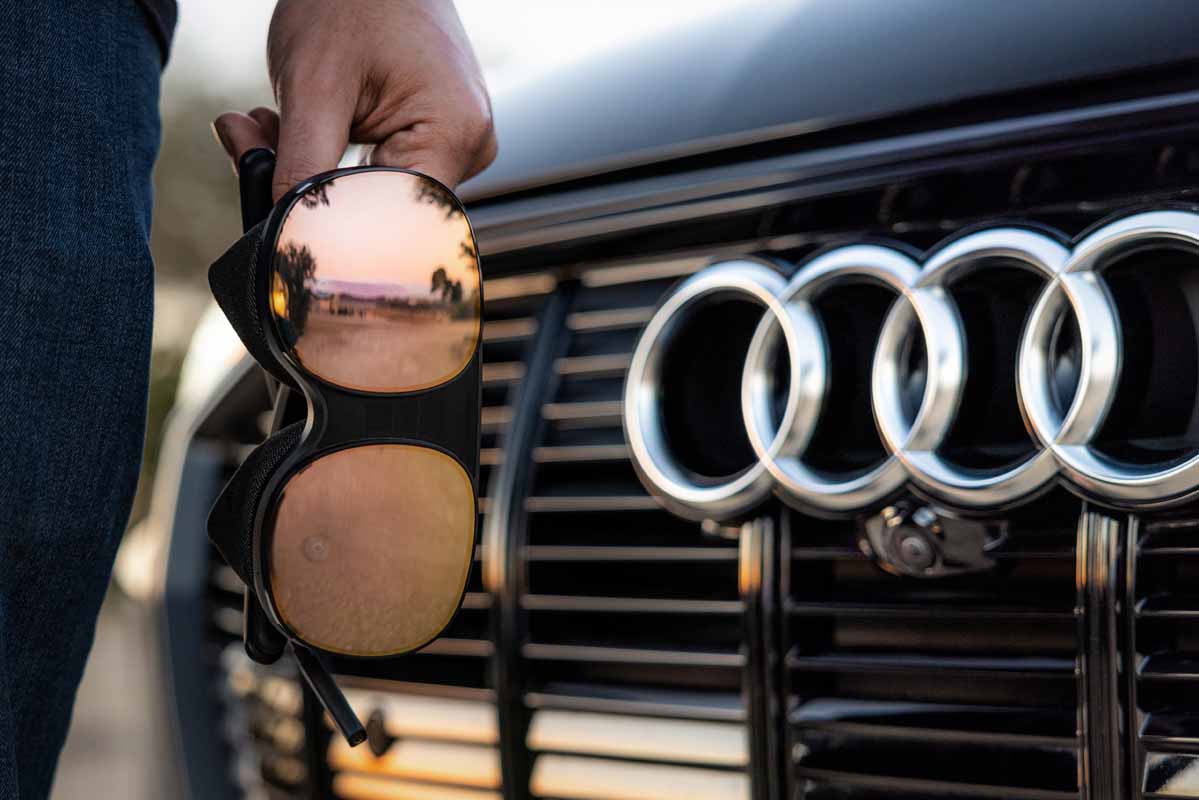 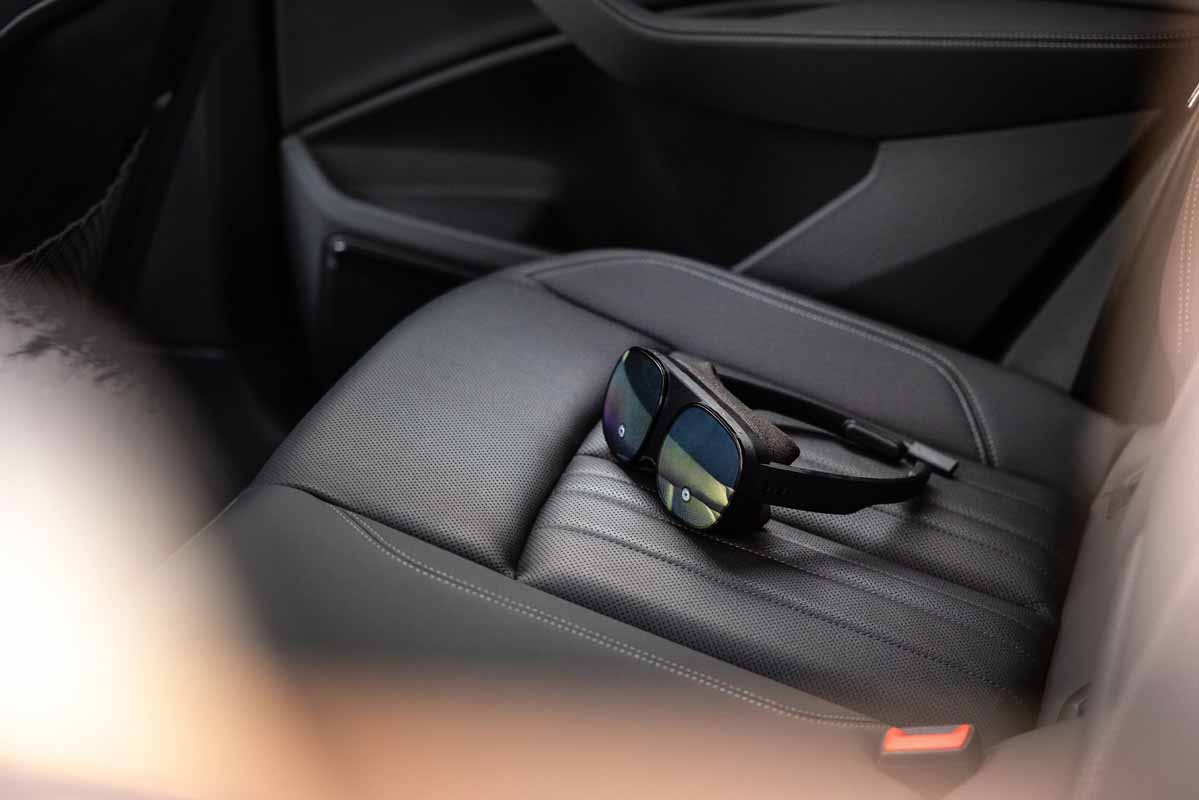 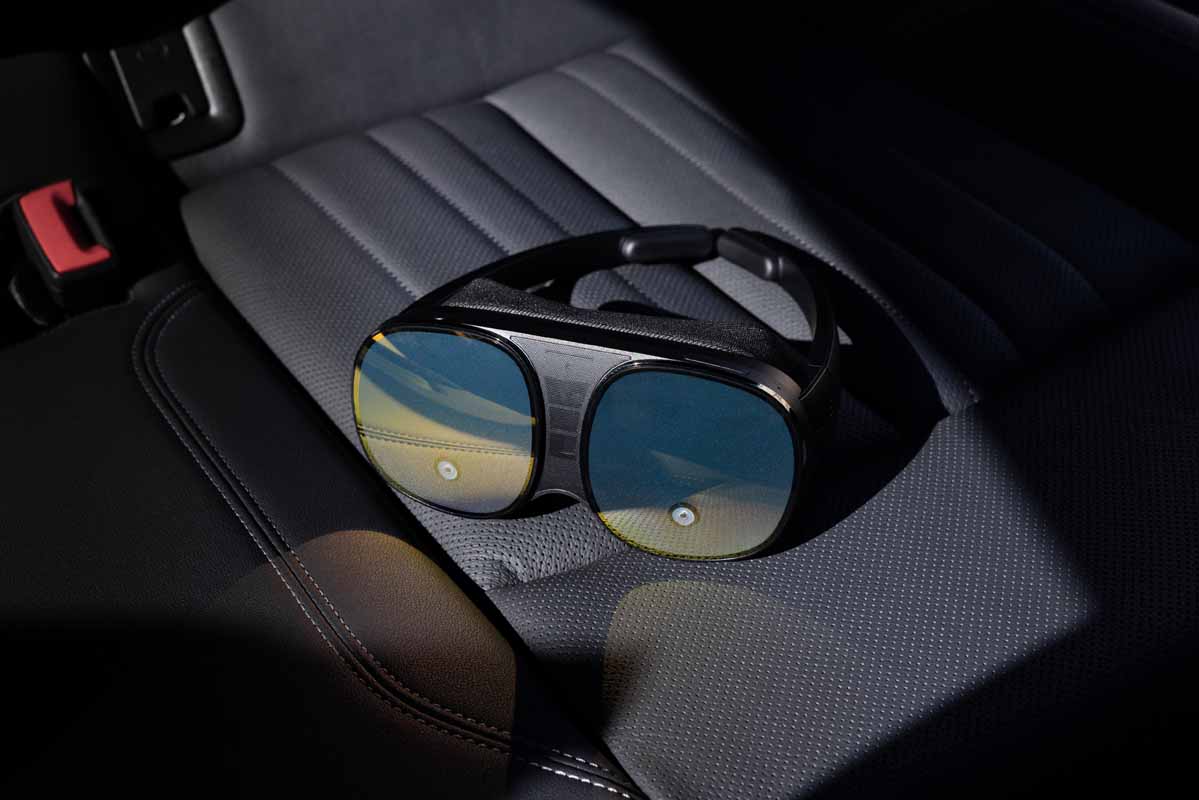 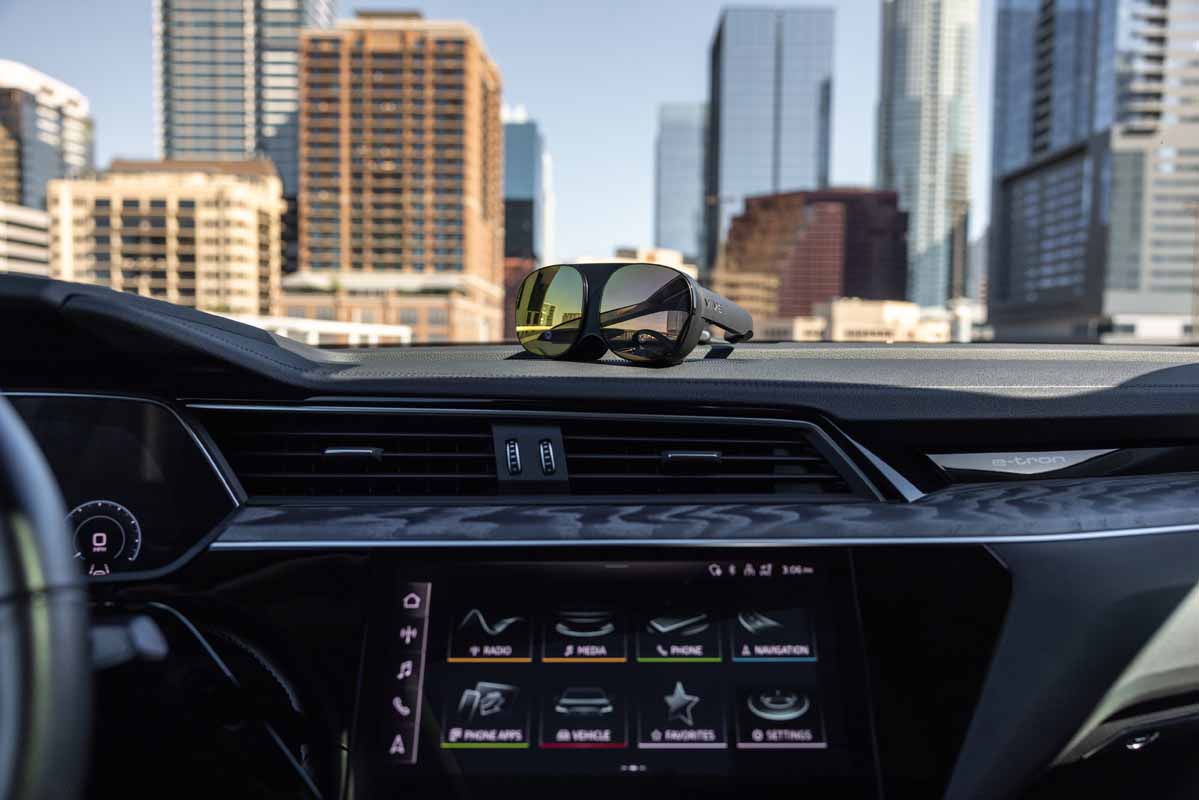 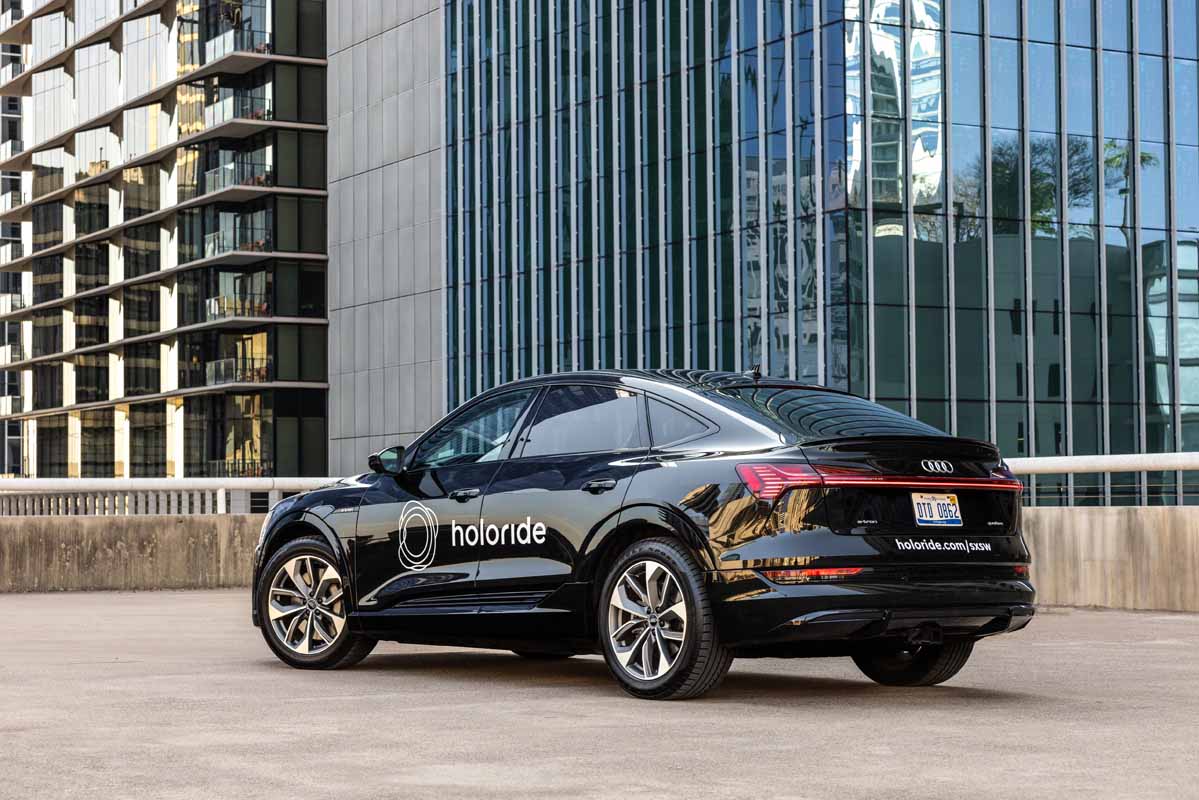 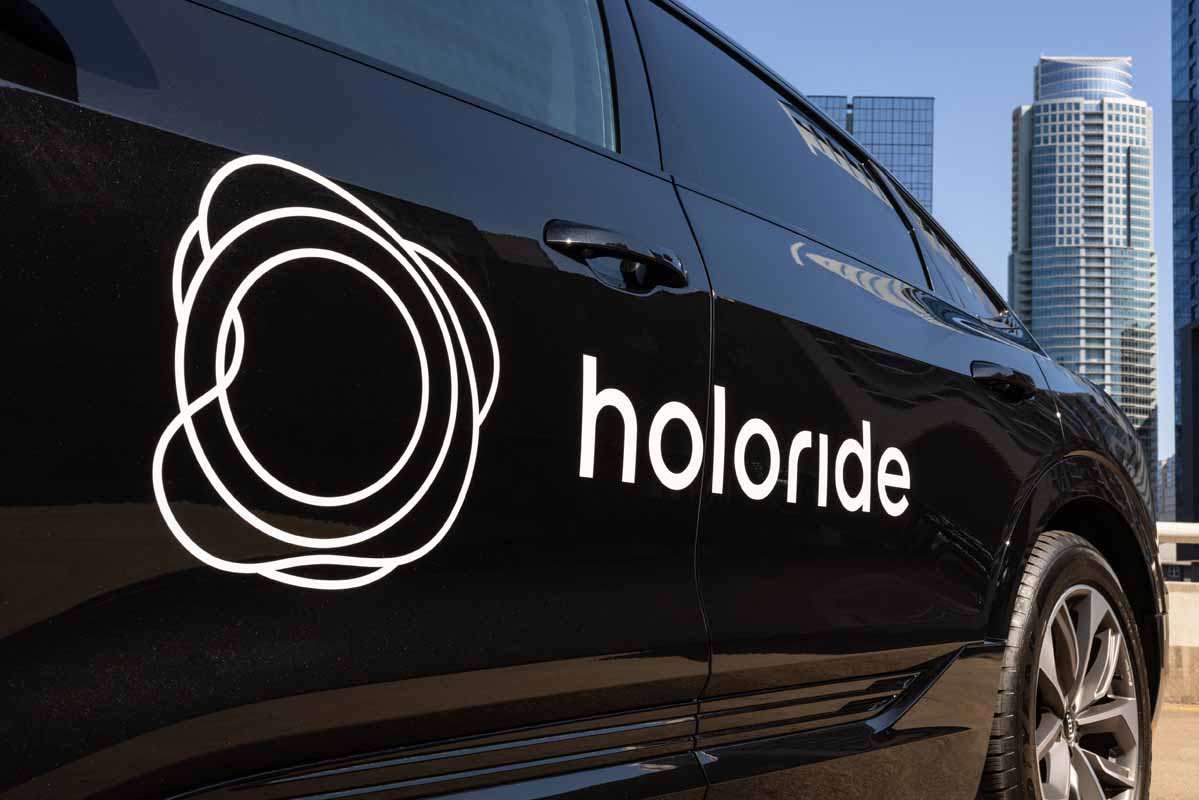 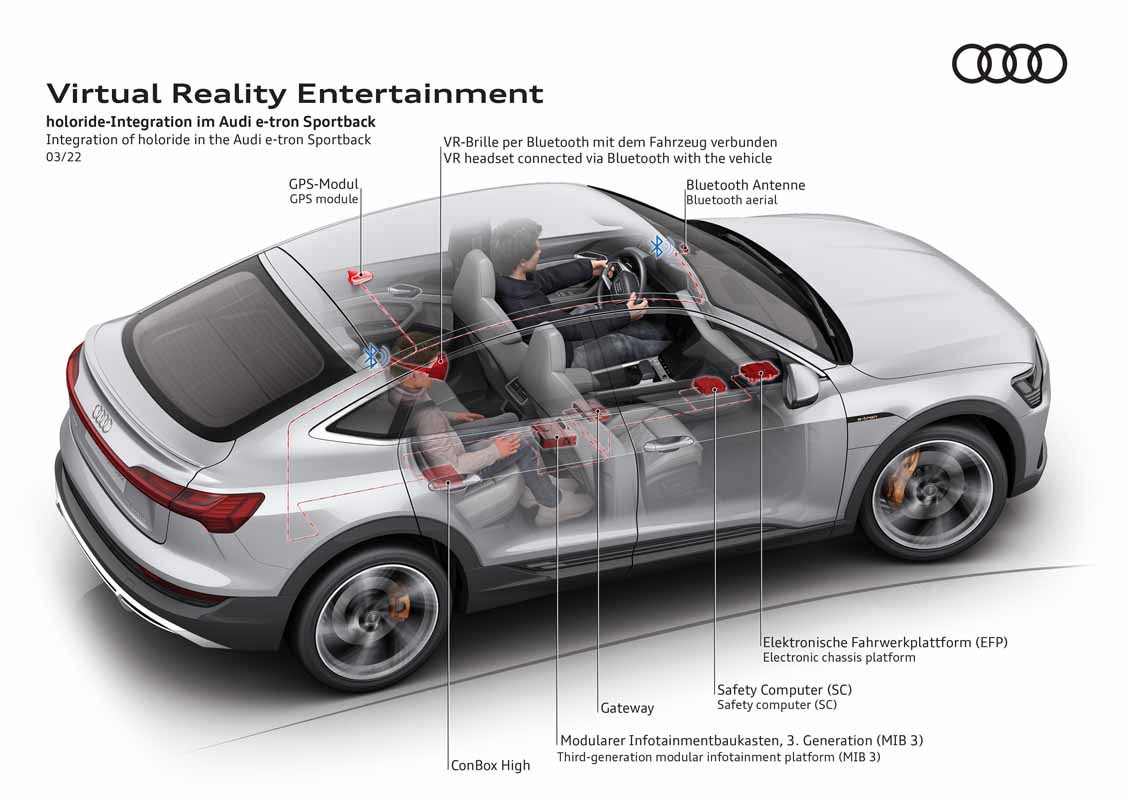 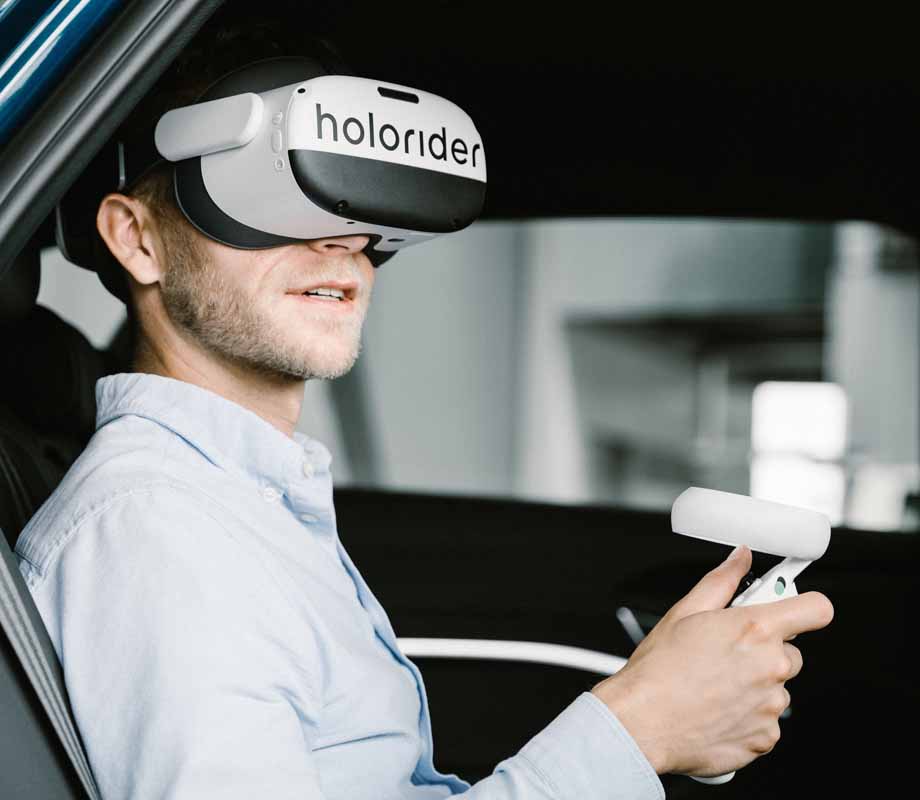