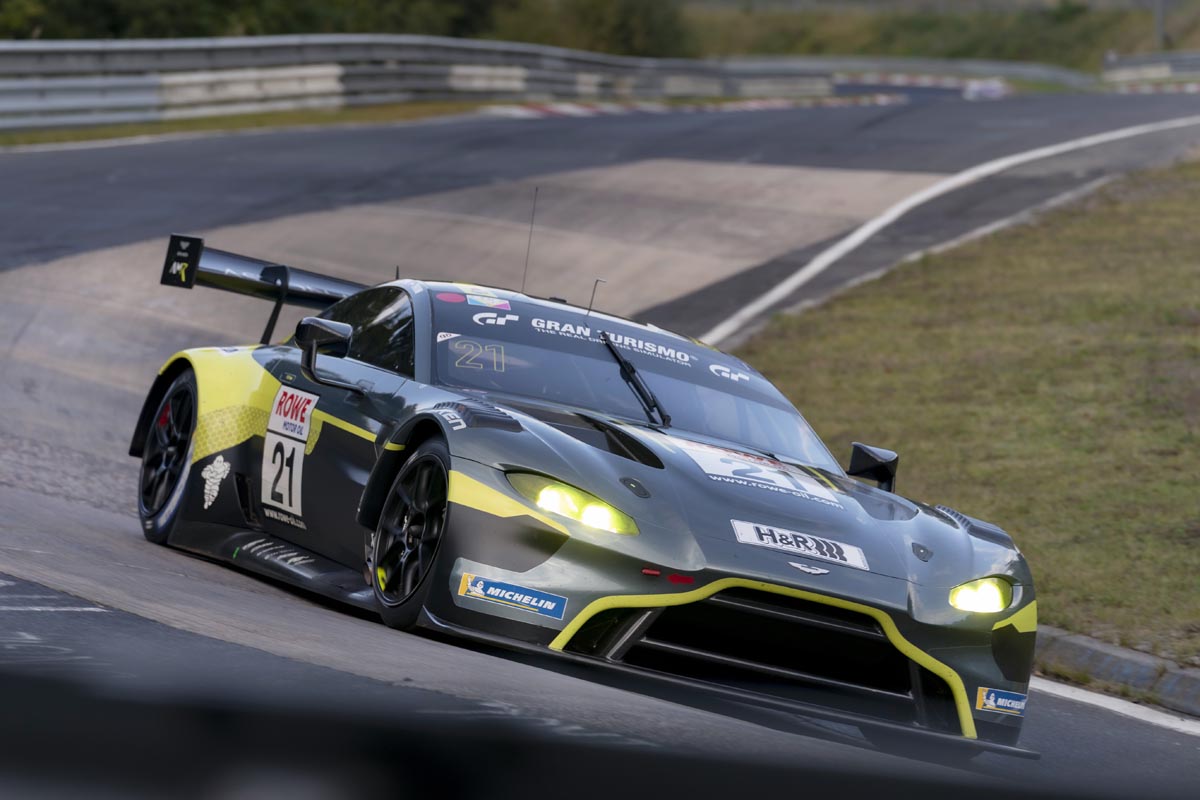 . Aston Martin’s Vantage GT3 made a victorious return to the Nürburgring Nordschleife, as the British luxury sportscar brand secured its first ever win on the famous German circuit in Round 8 of the high-profile Nürburgring Langstrecken Serie (NLS).
Against strong opposition from rival manufacturers Porsche, Ferrari, BMW, Audi and Mercedes, Aston Martin Racing and its works drivers Maxime Martin (BEL) and Nicki Thiim (DEN) – who were competing for the first time as a driver pairing – delivered an inspired performance in the four-hour race to clinch the first overall win for a British manufacturer at this level.
The race marked the first NLS participation for Aston Martin in the GT3 class since the current Vantage made its competitive debut at the Nürburgring, three years ago. With interest growing from existing partners and potential future customers to race the Vantage GT3 in the series, and the Nürburgring 24 Hours in 2022, the factory used the opportunity to demonstrate the car’s potential and to gather data around the Nordschleife.
Having qualified eighth, Martin made quick progress at the start, gaining two places on the first lap, and then another later in the opening stint when a rival retired. A clever strategy by the team saw them run three longer stints than their rivals bringing the car into victory contention. When Thiim handed the car back to Martin for his second stint, the Belgian found himself right behind a clutch of rivals, passing two of them in one breath-taking manouvre, and moved up to third. He passed the second-placed Audi just as the leading BMW made its final stop and gave the Vantage back to Thiim in the lead. The Dane, spurred on by the prospect of his first overall win on the Nordschleife, then brought the Vantage home safely 13s ahead of its nearest rival.
“It’s an awesome achievement for everyone to come here, with a ‘new’ car for the first time on the Nordschleife and win,” said Martin. “It shows the high level of preparation and how well we have developed the car. It’s great for Aston Martin to win here amongst all the German manufacturers. It’s not something that many brands have done! I felt confident in the car and had some nice fights to take the lead, and from there Nicki had to control and that is never easy here – so he did an amazing job as well. We didn’t have the fastest car, but we worked well as a team.”
Thiim added: “Veni, Vidi, Vici almost. We were stable all the way through. So much has happened to this car in three years, it’s completely different to the one that raced here then. We brought the best guys in the business with us to really try and understand the data so that next year we can create a strong package. It was a pleasure to race with Max for the first time, he made it easy for me to take my first NLS win. I’m proud and honoured to have been the one to have crossed the line first for Aston Martin at the Nürburgring Nordschleife.”
Aston Martin Racing President David King said: “This performance has clearly demonstrated the potential of the Aston Martin Vantage GT3 at the Nürburgring. To come to the heartland of the mighty German manufacturers and win with a car that had so little testing data under its belt at the start of qualifying is an extraordinary achievement, and there is plenty more to come as we were some way off the fastest race lap. Our goal when we came here was two-fold, to gather data to assist in the development of the car and to show potential partners and customers why Vantage deserves an NLS programme. I think we’ve done that emphatically. We’ve been wanting to win a race on this track for a very long time, so to claim a victory in this manner is deeply satisfying.” 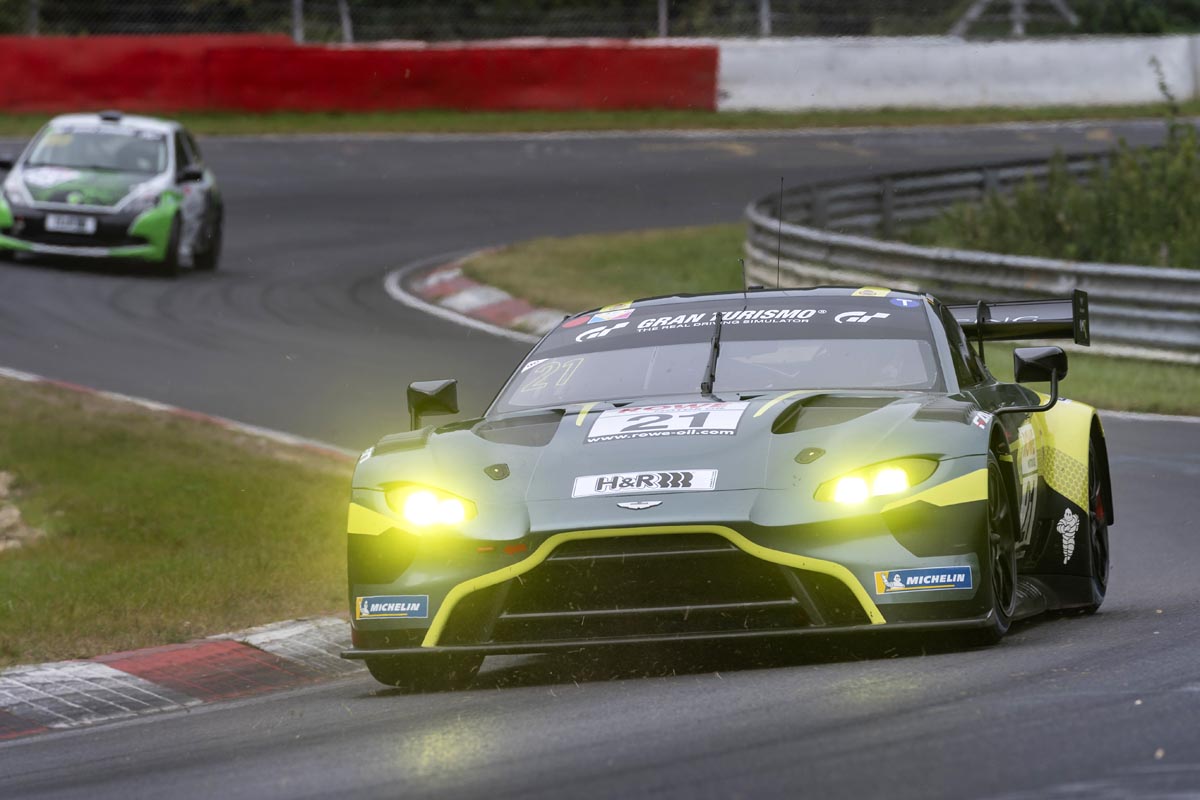 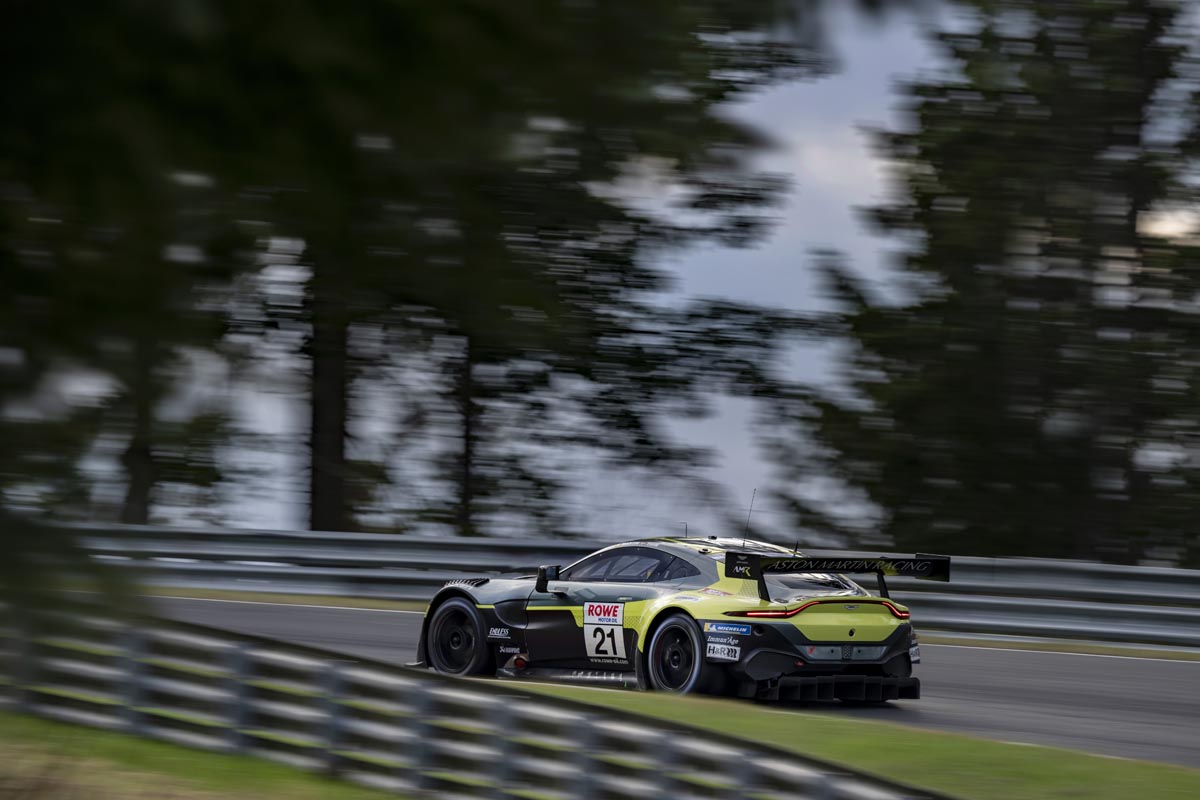 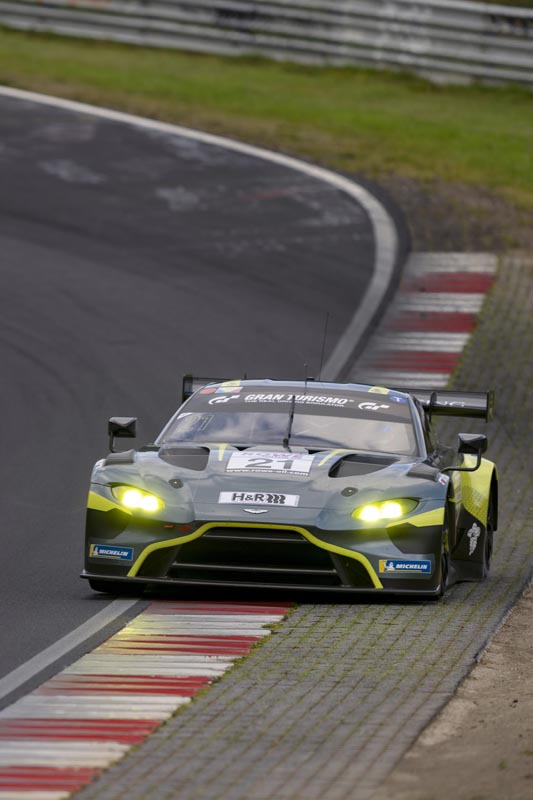 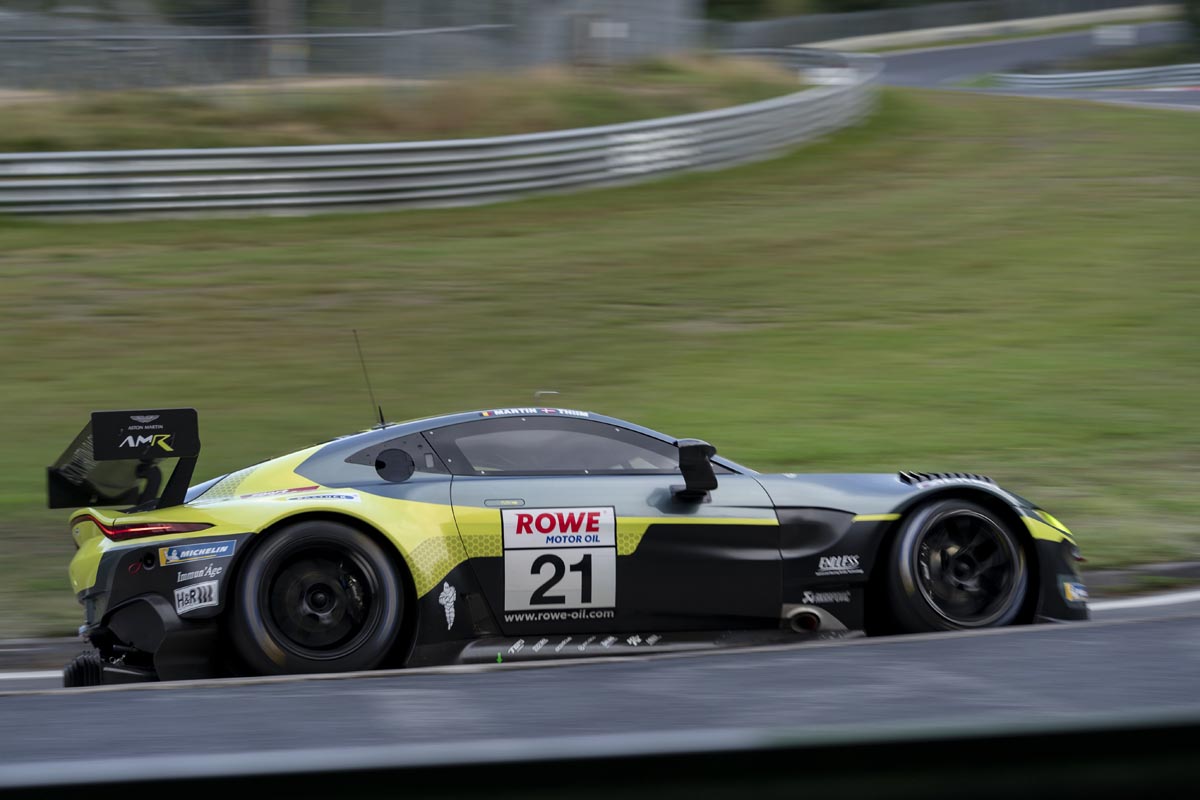 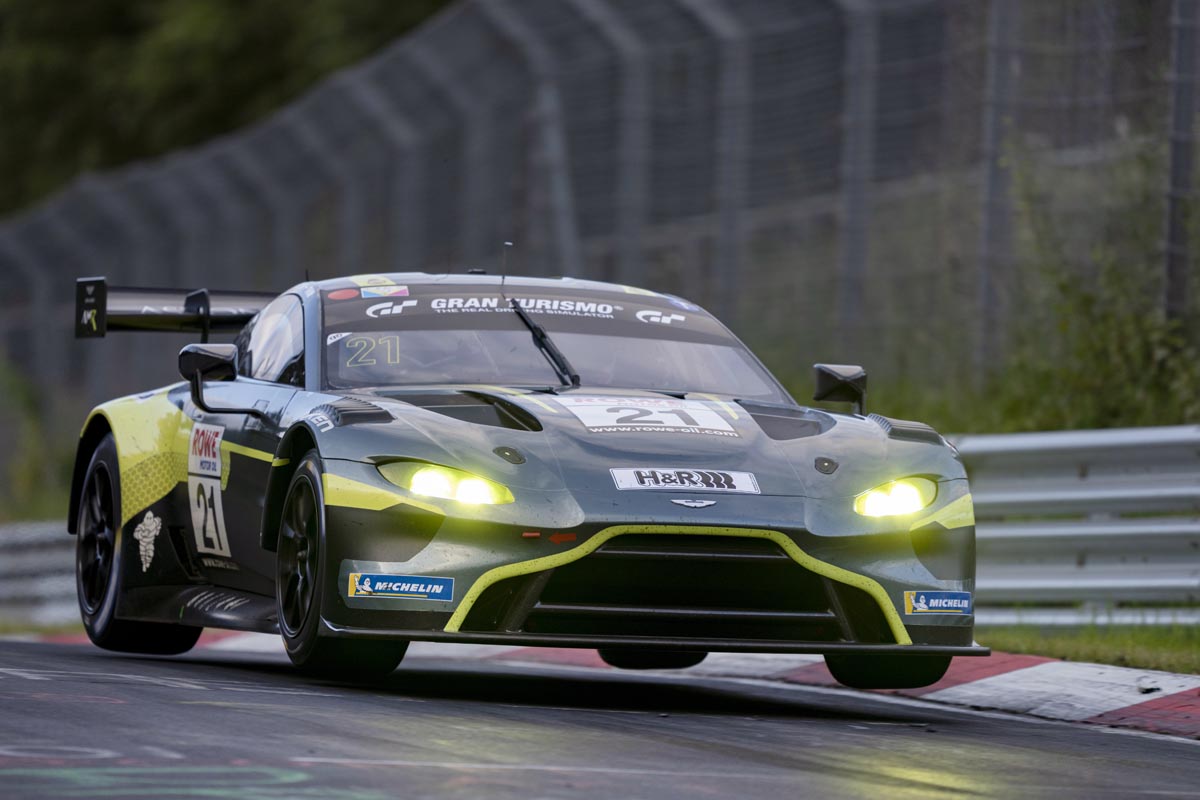 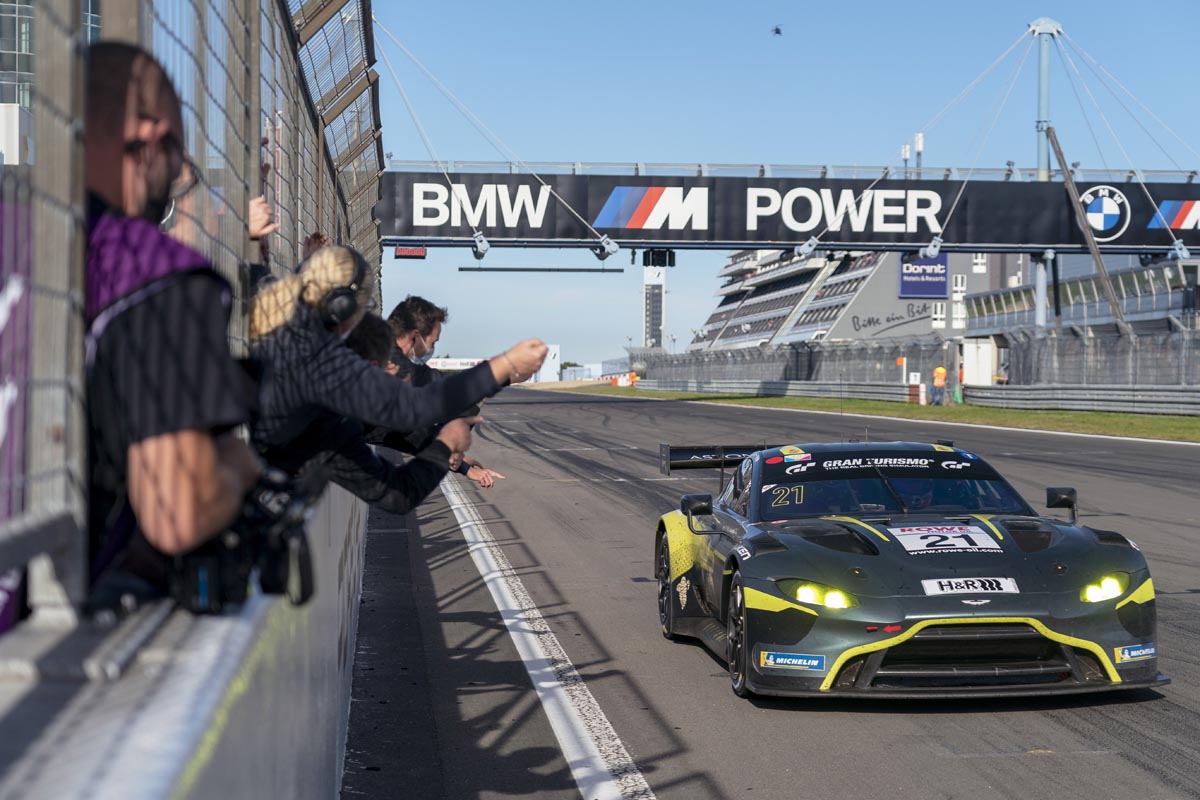 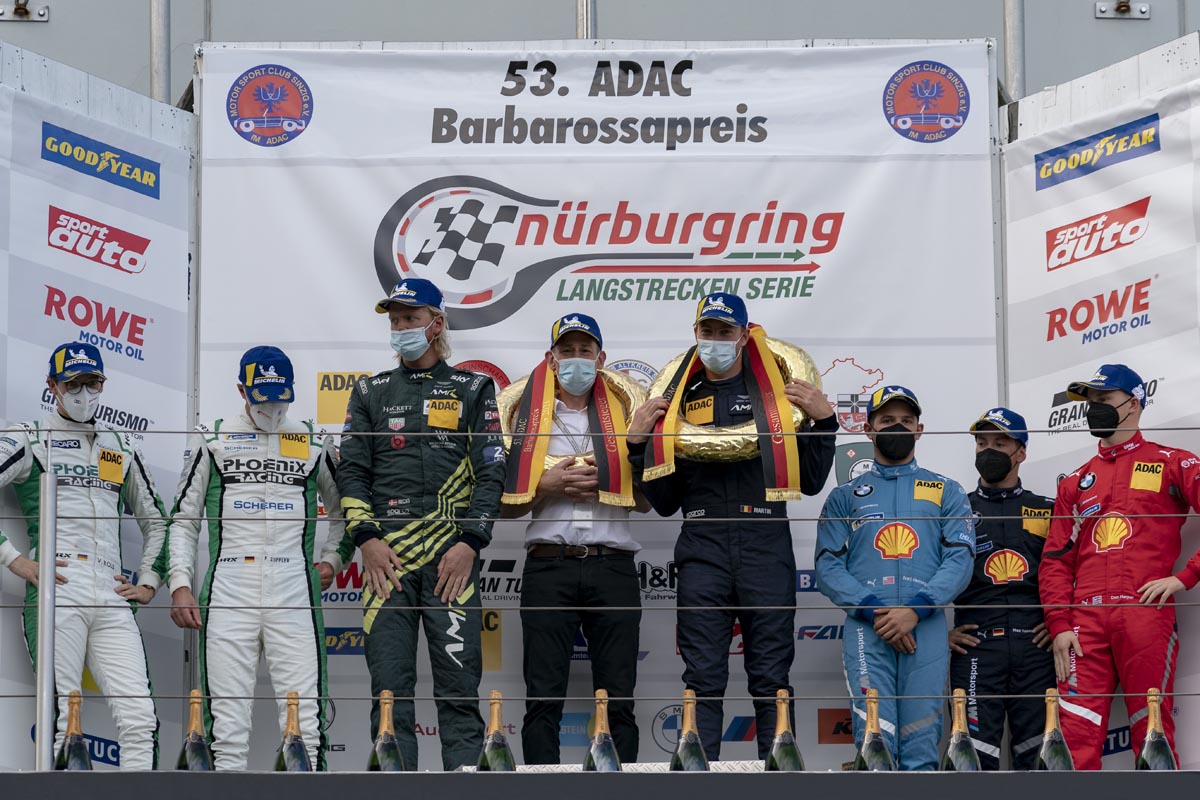 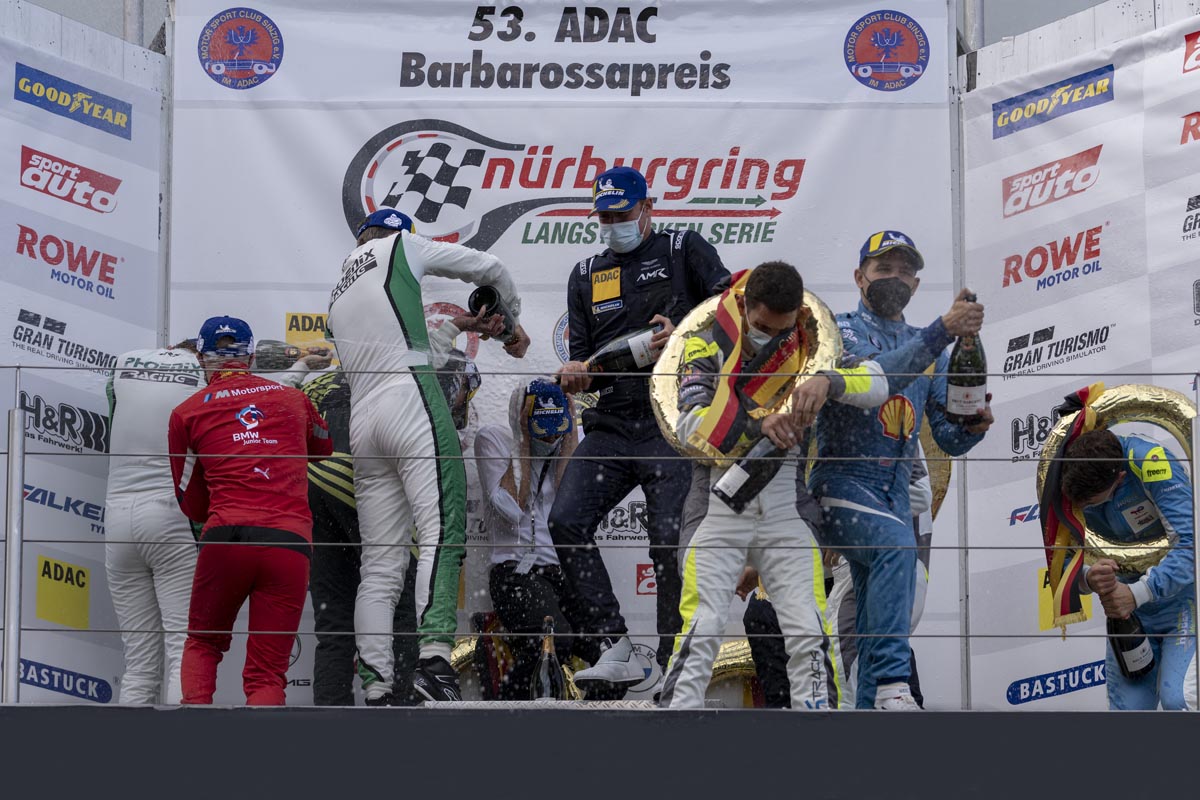