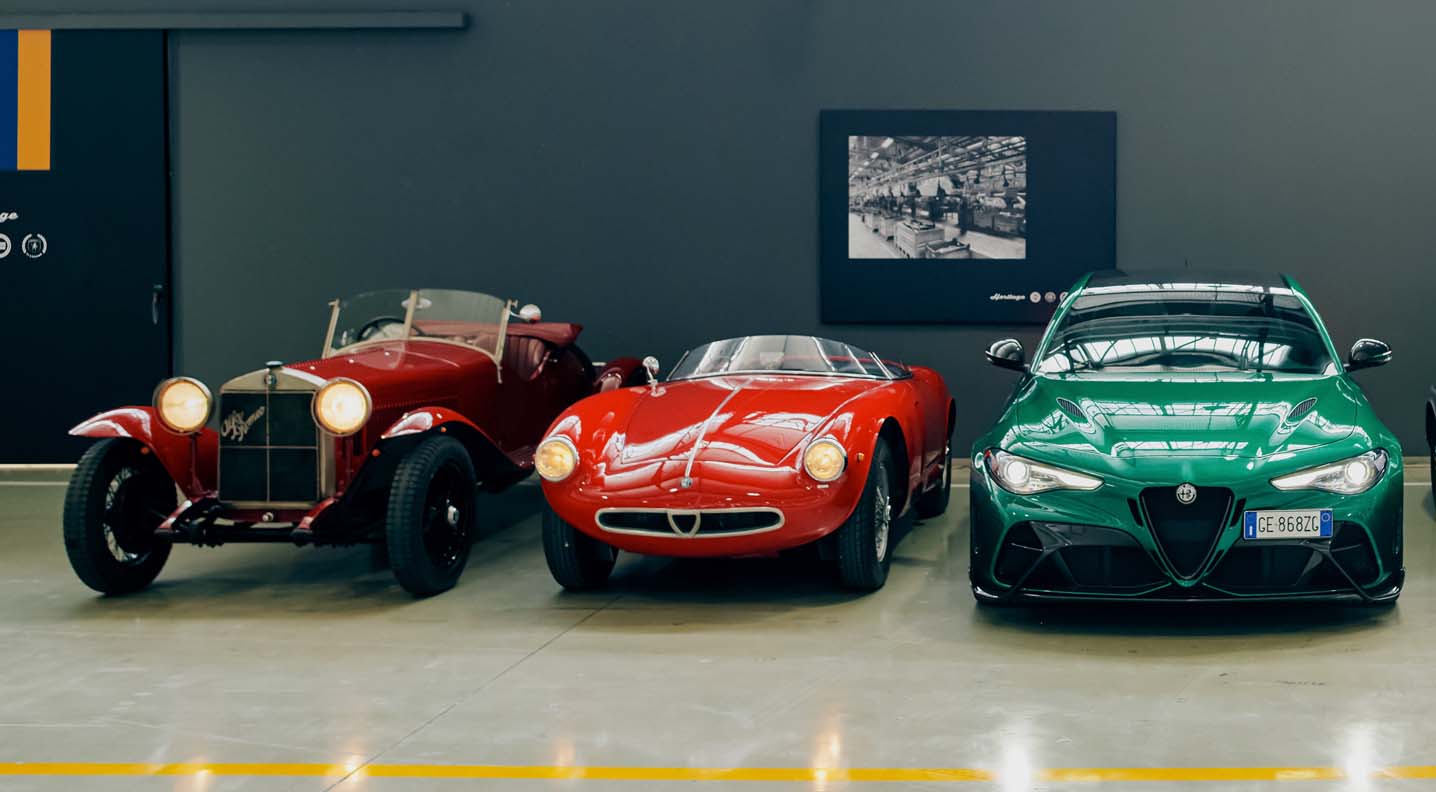 Only 2 days to go until the start of the 39th re-enactment edition of the “Freccia Rossa” (“Red Arrow”) – famously named by Enzo Ferrari as the “most beautiful race in the world” – due to get underway in Brescia on June 16th, to return there 3 days later after visiting some of the most evocative locations in Italy. Like always part race and part adventure, this year’s 1000 Miglia will see around 400 priceless vintage cars taking part, as many as 121 of which belong to the Alfa Romeo, Fiat and Lancia brands, making it the largest official team by default, but also an undisputed icon of Italian motorsport.

The four gems of the vintage collection will be driven by exceptional crews, the standouts among which are the Chairman of Stellantis John Elkann with his wife Lavinia Borromeo, aboard the 1900 Super Sprint. At the starting line will also be the multiple titleholders Giovanni Moceri and Daniele Bonetti in the Alfa Romeo 6C 1500 Super Sport, who won the 2019 edition in the same car.

Completing the line-up in the very rare 2000 Sportiva are Alberto Vassallo and Giovanni Bianco from the Car & Vintage digital platform, along with the crew made up of Roberto Giolito, Head of Heritage, and the TV presenter Camila Raznovich, in the 1900 Sport Spider barchetta.The 4 extraordinary models, all veritable works of art on the move, belong to the Heritage collection, part of a department focused on the safeguarding and promotion of the historic heritage of the Alfa Romeo, Fiat, Lancia and Abarth brands.

All eyes will be on the stunning 1928 Alfa Romeo 6C 1500 Super Sport, with bodywork by the Farina workshops: a similar version won the 1928 1000 Miglia with Giuseppe Campari and Giulio Ramponi. The model in the race aims to replicate its 2019 triumph in the historical re-enactment of the 1000 Miglia, not to mention the fact that this stunning car from the Museo Storico Alfa Romeo also won the 2005, 2007 and 2008 editions.

In 2007, it also took victory in the “1000 Millas Sport” in Argentina, a success repeated in 2008. The sensational 1928 6C 1500 Super Sport features a 1487-cc 6-cylinder engine, delivering peak output of 76 hp at 4,800 rpm and reaching a top speed of 140 km/h. Thirty-one of these cars were built between 1928 and 1929. Running the race under number “37”, the 6C 1500 Super Sport will be driven by Giovanni Moceri, former Italian champion in the Grandi Eventi ACI Sport and winner of the biggest historical regularity races in Italy, with Daniele Bonetti alongside him.

The Chairman of Stellantis John Elkann and his wife Lavinia Borromeo will lead the race, under number “300” in the enchanting 1900 Super Sprint (1956), an elegant coupé with bodywork by Touring that represents the “gran turismo” class of the 20th century, “the family car that wins races” in the words of the claim that made its fame in the 1950s. Going into the specifics, the Alfa Romeo 1900 Super Sprint, based on the short version chassis of the 1900 sedan, is fitted with a 2-liter 4-cylinder engine with the brand’s characteristic twin camshaft and an output of 115 hp at 5,500 rpm, resulting in sporting performance that remains of note to this day.

In the 1950s, it was customary for the great Italian designers to buy a mechanized chassis from Alfa Romeo, complementing it with bodywork designed and produced in-house. The most successful model was the Milan outfit Touring’s, whose version of the Alfa Romeo 1900C Super Sprint is still considered one of the most balanced and sophisticated coupés ever produced for the Biscione brand. From 1954 to 1955, almost 300 models were produced. 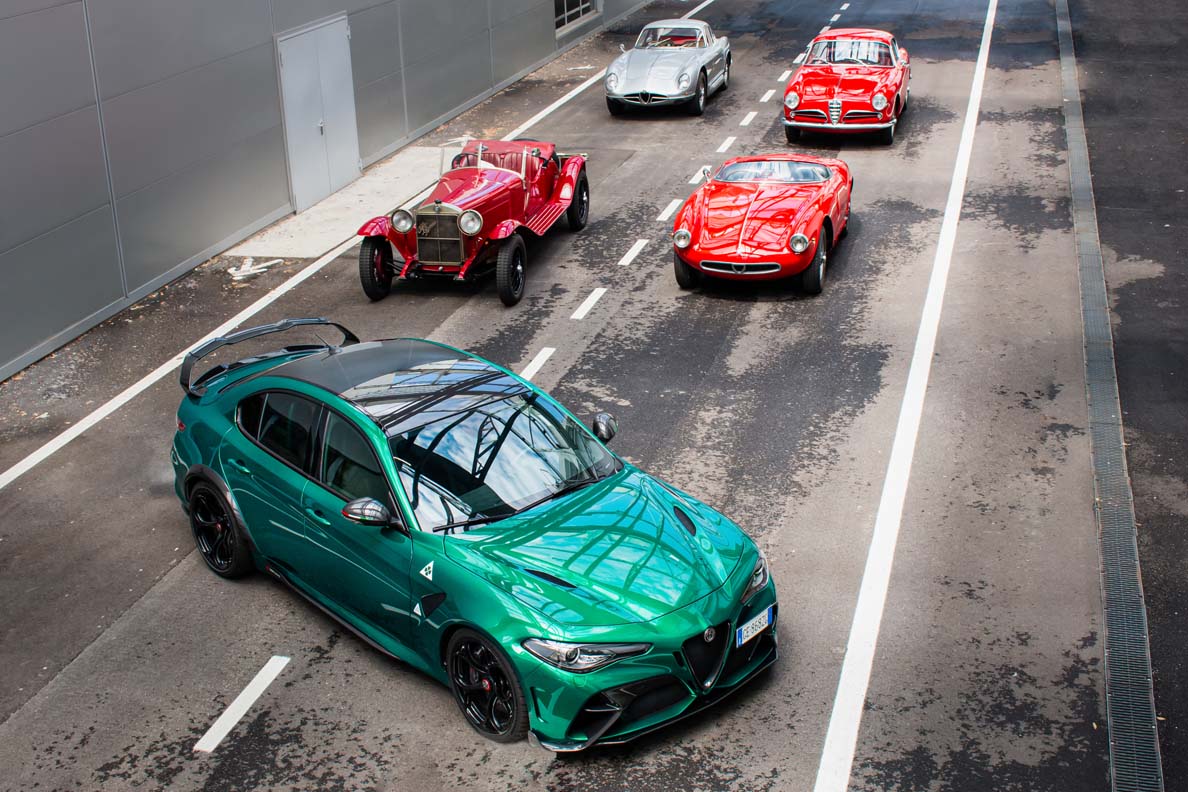 Plenty of room must also go to the 1900 Sport Spider (1954), a very rare racing spider – only 2 models of which were ever produced – fitted with the 4-cylinder twin-cam dry-sump “1900” engine, supercharged to 138 hp of peak output, enabling it to reach 220 km/h, partly down to its weight of 880 kg and its greatly efficient aerodynamics. Featuring Franco Scaglione’s innovative design for the Bertone workshop, the 1900 Sport Spider is fitted with 5-speed transmission and a De Dion rear axle: its performance and driveability are that of a more recent, responsive and earnest car, with great road grip. This extraordinary car, due to blaze the trail out of competition under number “1000”, will be driven by Roberto Giolito, Head of Heritage, and the renowned TV presenter Camila Raznovich.

The official Alfa Romeo line-up is completed by the extraordinary 2000 Sportiva (1954), under number “301” in the race and driven by a crew consisting of Alberto Vassallo and Giovanni Bianco. This is another very rare piece – only two exist in the world, it features a radiant metallic grey livery. The 2000 Sportiva – which can rightfully be considered the sister car to the 1900 Sport Spider – was designed in 1954, with the Alfa Romeo technicians aiming to produce a limited edition of high-performance cars suitable to be driven both on the road and in “Sport” class competitions. The 2-liter 4-cylinder twin-cam engine with an output of 138 hp at 6,500 rpm is strictly derived from the “1900” engine, enabling it to achieve 220 km/h, a very high speed for its era.

The car also includes 5-speed transmission, “De Dion” rear suspension and aluminum bodywork. Its lines are slender and highly elegant: the Sportiva was also made to a Bertone design by Franco Scaglione, who also created its near-contemporary the Giulietta Sprint, as well as the Giulietta SS and 33 Stradale. Indeed, the 2000 Sportiva’s rear window, back and boot would be successfully repeated in the Giulietta Sprint, if of course recalibrated for the differing proportions.

Never mind the fact that the driveability and performance of the 2000 Sportiva were the best in their class, so much so that driving this model remains a great pleasure in complete safety, even to this day. In the late 1960s, the “De Dion” rear suspension would serve as a benchmark to develop the similar solution employed in the 1972 Alfetta sedan.

Beyond its historical value, this kind of event represents an authentic bridge between past and future: it is no coincidence that the payoff of this edition of the 1000 Miglia is “Crossing the Future”, words designed to celebrate the importance of technological innovation in the automotive field, one of the founding values of historical competition and of drivers aiming at the future of mobility. Plus, in only a few days, Alfa Romeo will be celebrating its 111th anniversary – the brand was founded on June 24th, 1910 – as well as its participation in the historical re-enactment from Brescia.

On top of some of its most stunning vintage cars, Alfa Romeo will also be taking to the streets with its current models, which will accompany the 1000 Miglia convoy as the official fleet of the organization. As such, the public can admire the Stelvio, the first SUV in the history of over a century of a brand that has rewritten the rules of the class, setting new benchmarks in terms of performance. Also not be missed will be the Giulia, the sports sedan that combines functional and dynamic beauty to achieve the best possible performance. Thirty models of the two cars will be visible throughout the procession of the 1000 Miglia, with a Giulia and a Stelvio in the Quadrifoglio versions to be used as the competition’s official pacesetters.

Even so, the spotlight will definitely be on the brand-new Giulia GTA and GTAm, technically and conceptually inspired by the Giulia GTA of 1965 – the “Gran Turismo Allegerita” developed by Autodelta based on the Giulia Sprint GT that racked up sporting successes worldwide. This legend is now back on the road with the Alfa Romeo Giulia GTA supercar. Derived from the Giulia Quadrifoglio, it presents a supercharged version of the 540-hp Alfa Romeo 2.9 V6 Bi-Turbo engine, against which it stands out even further for its widespread adoption of ultralight materials and its best-in-class weight-to-power ratio. It also benefits from specific technical solutions for its aerodynamics, alignment and handling. 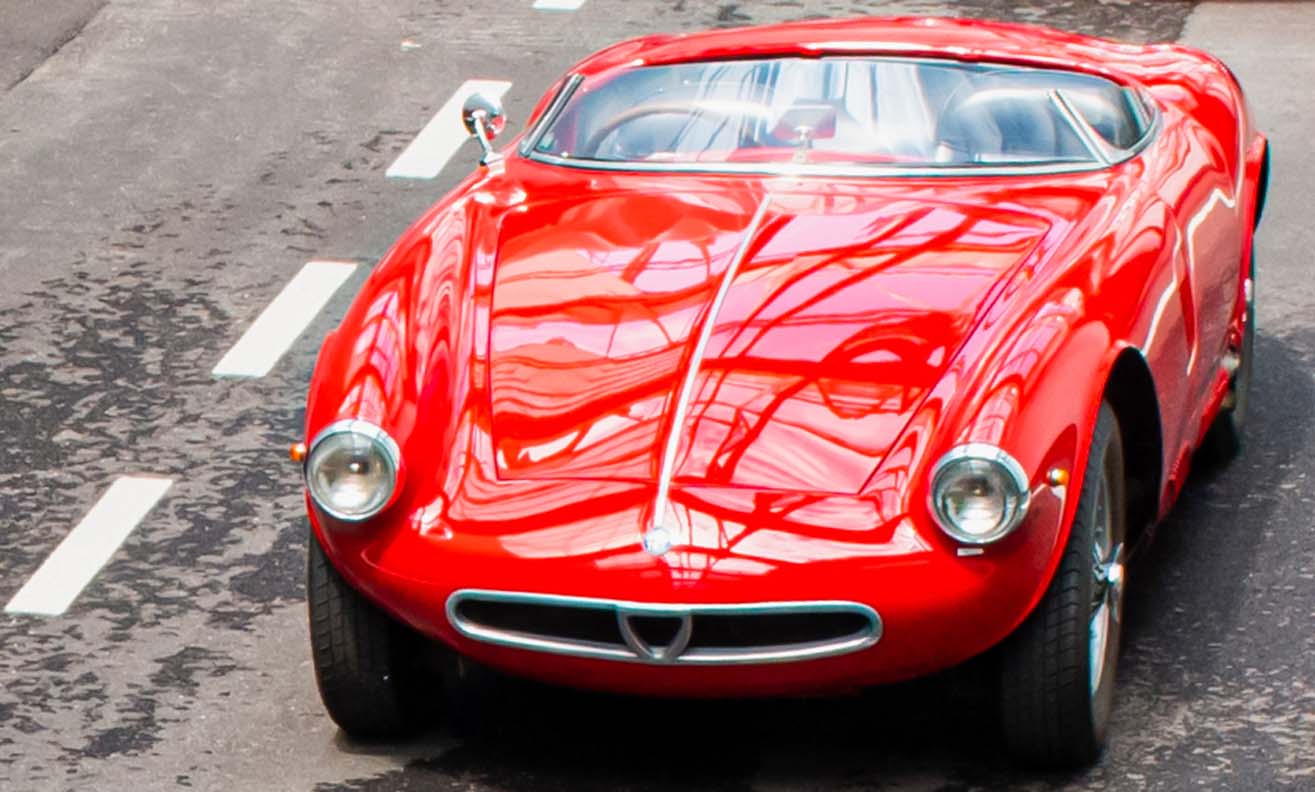 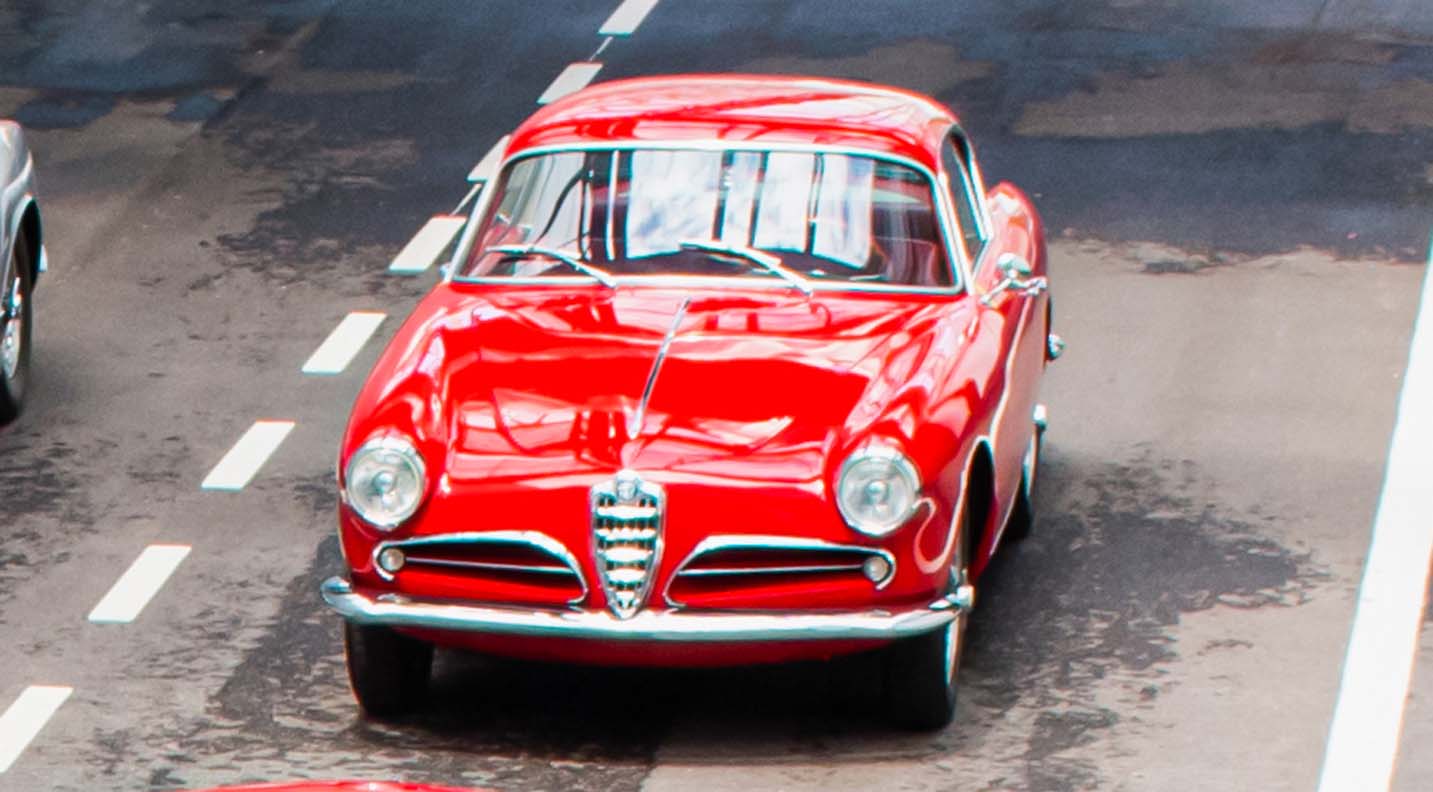 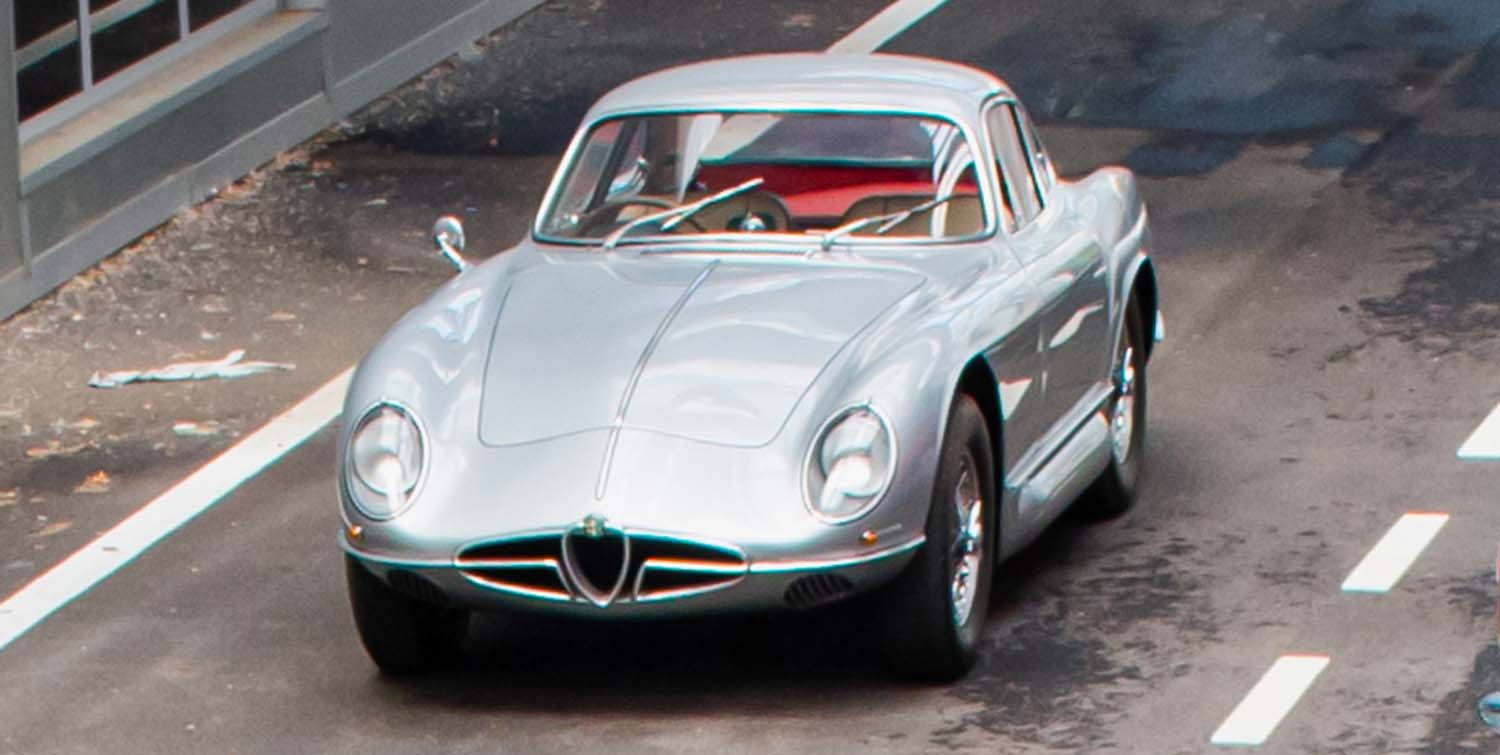 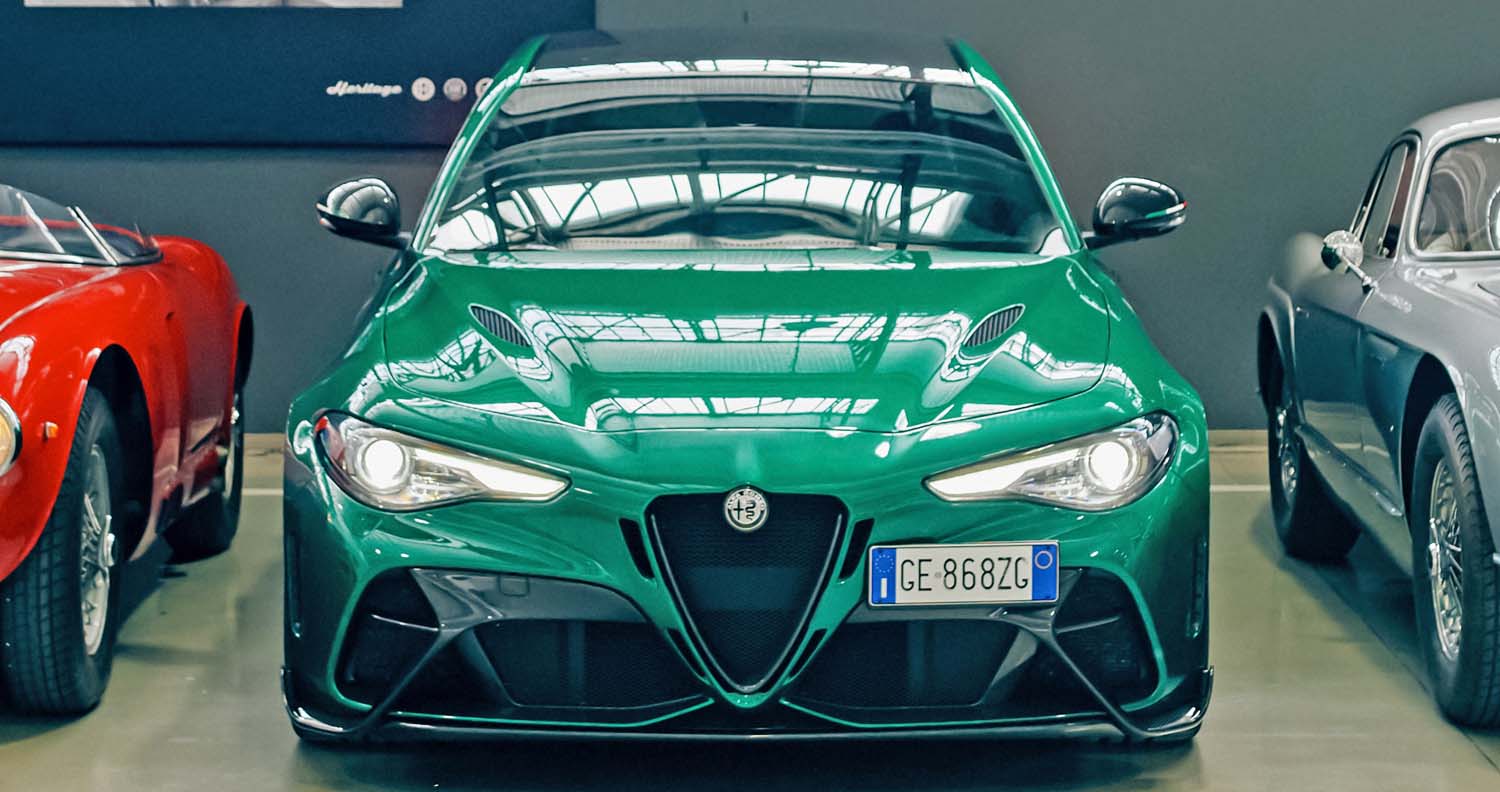 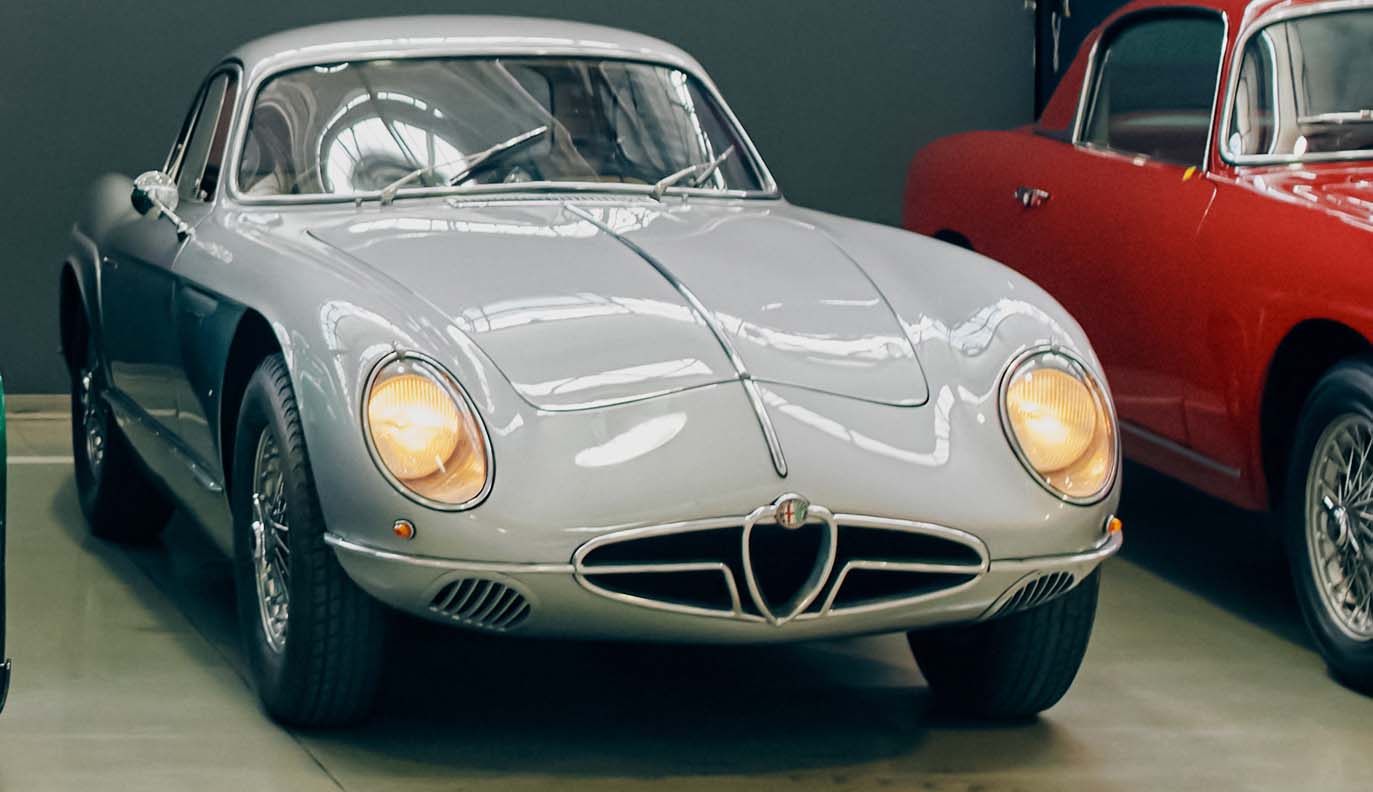 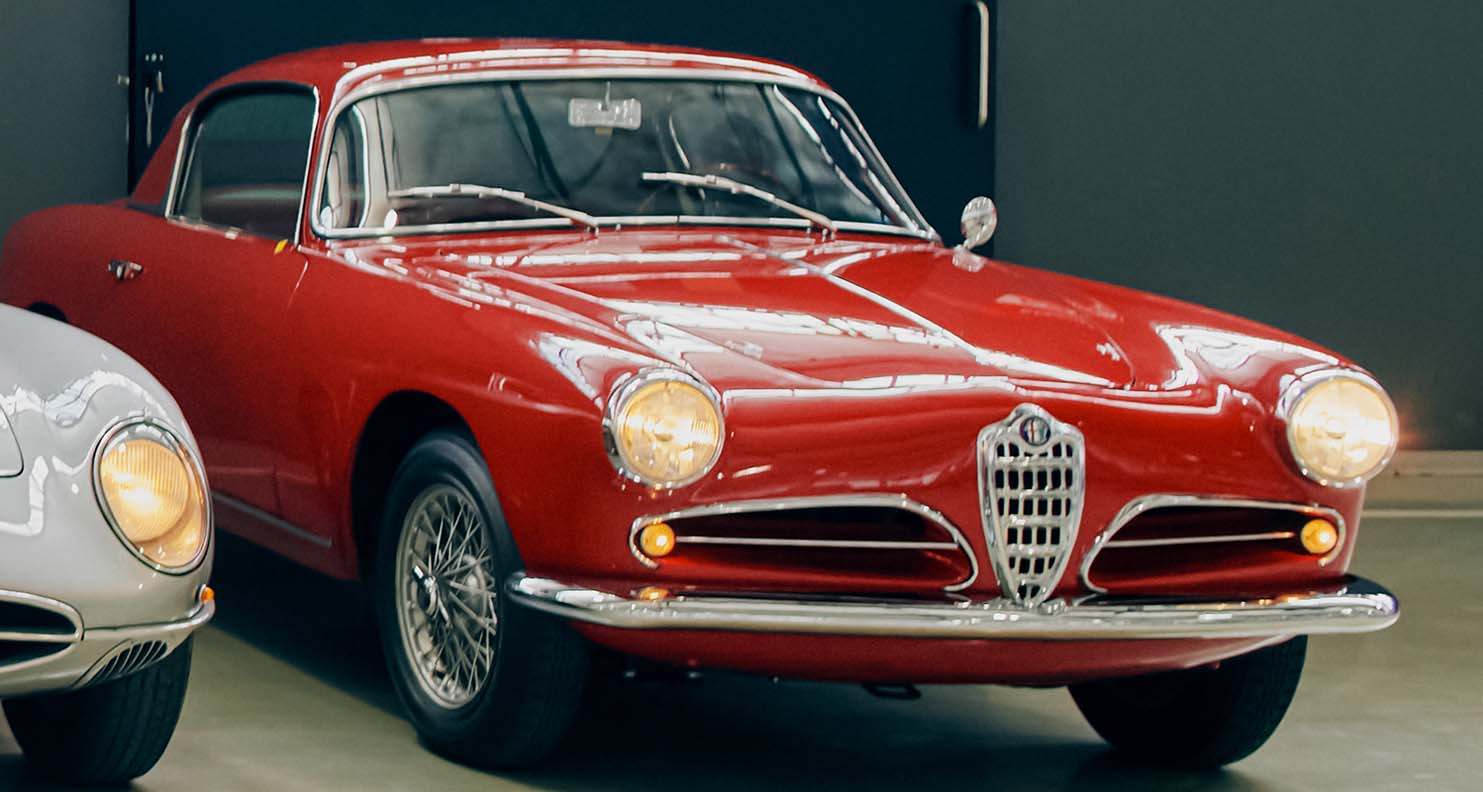 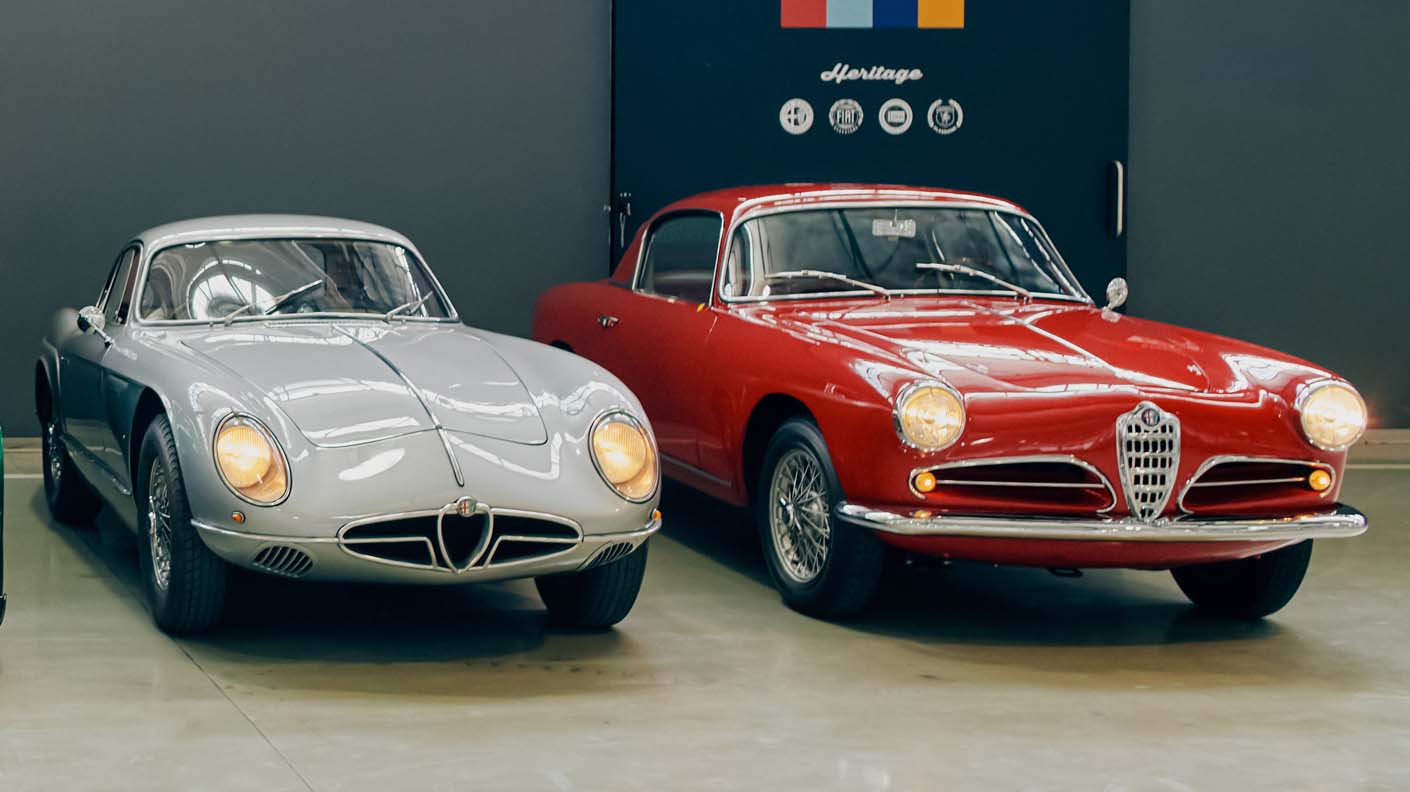 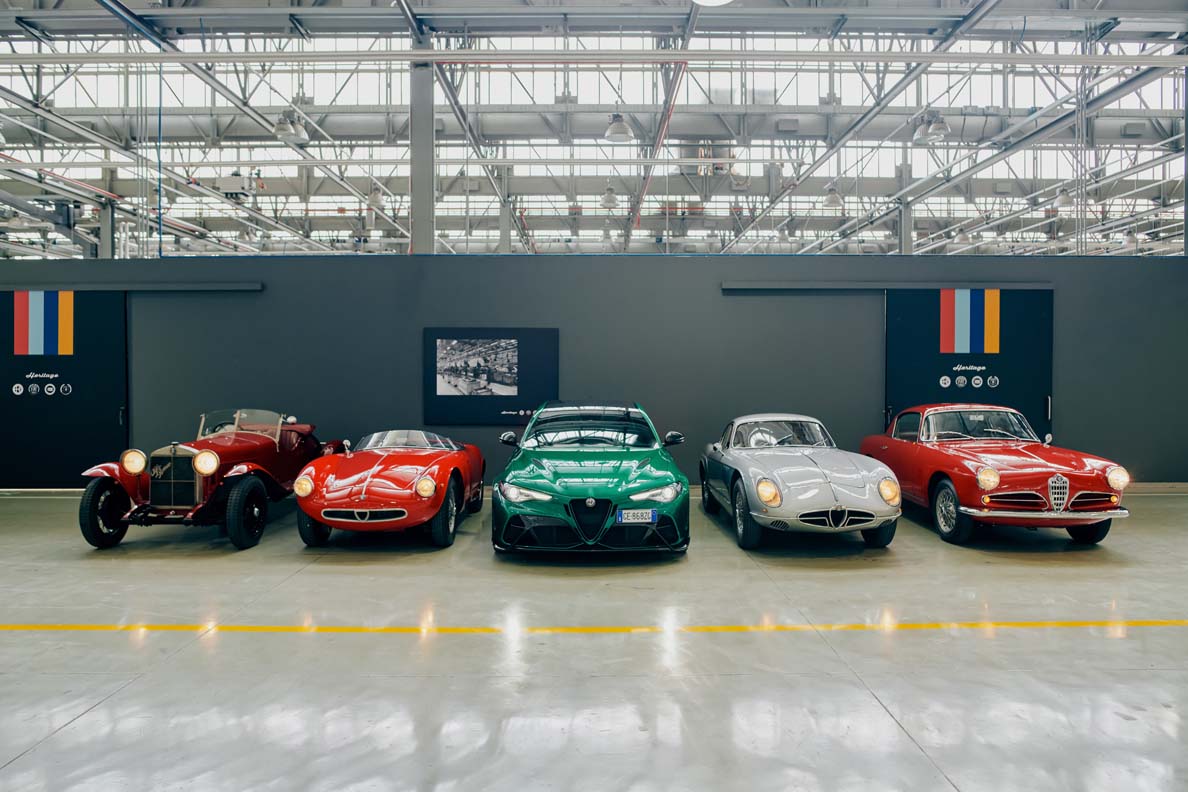 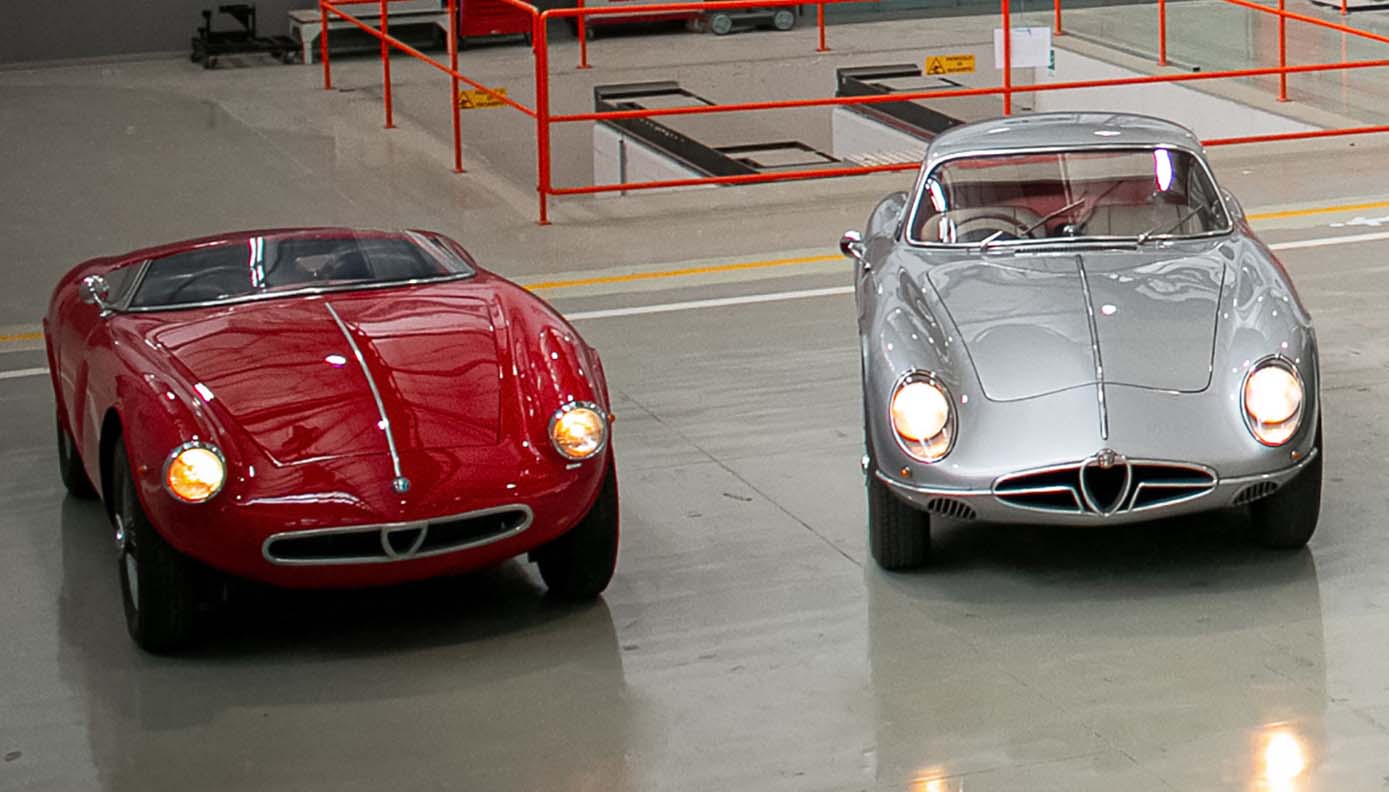 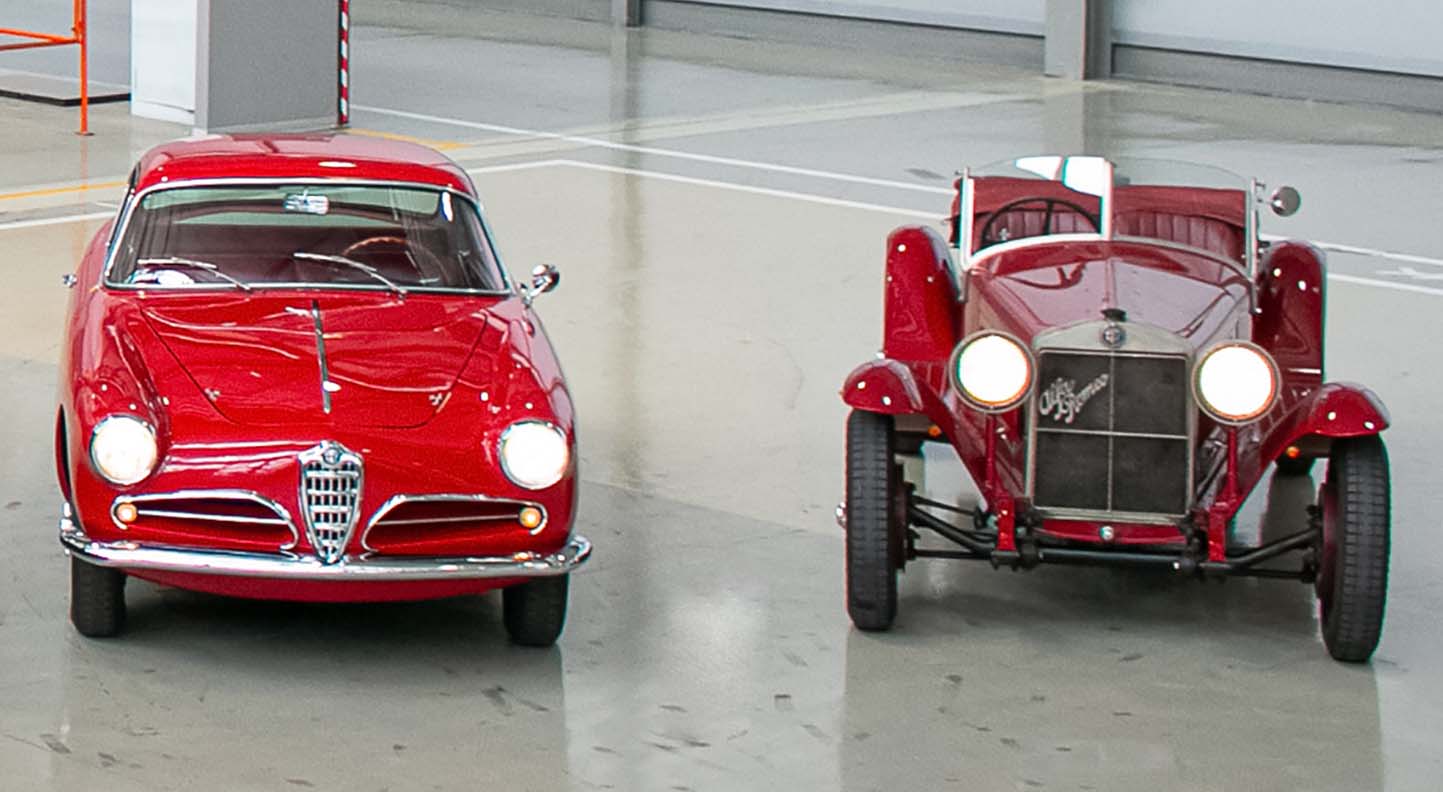 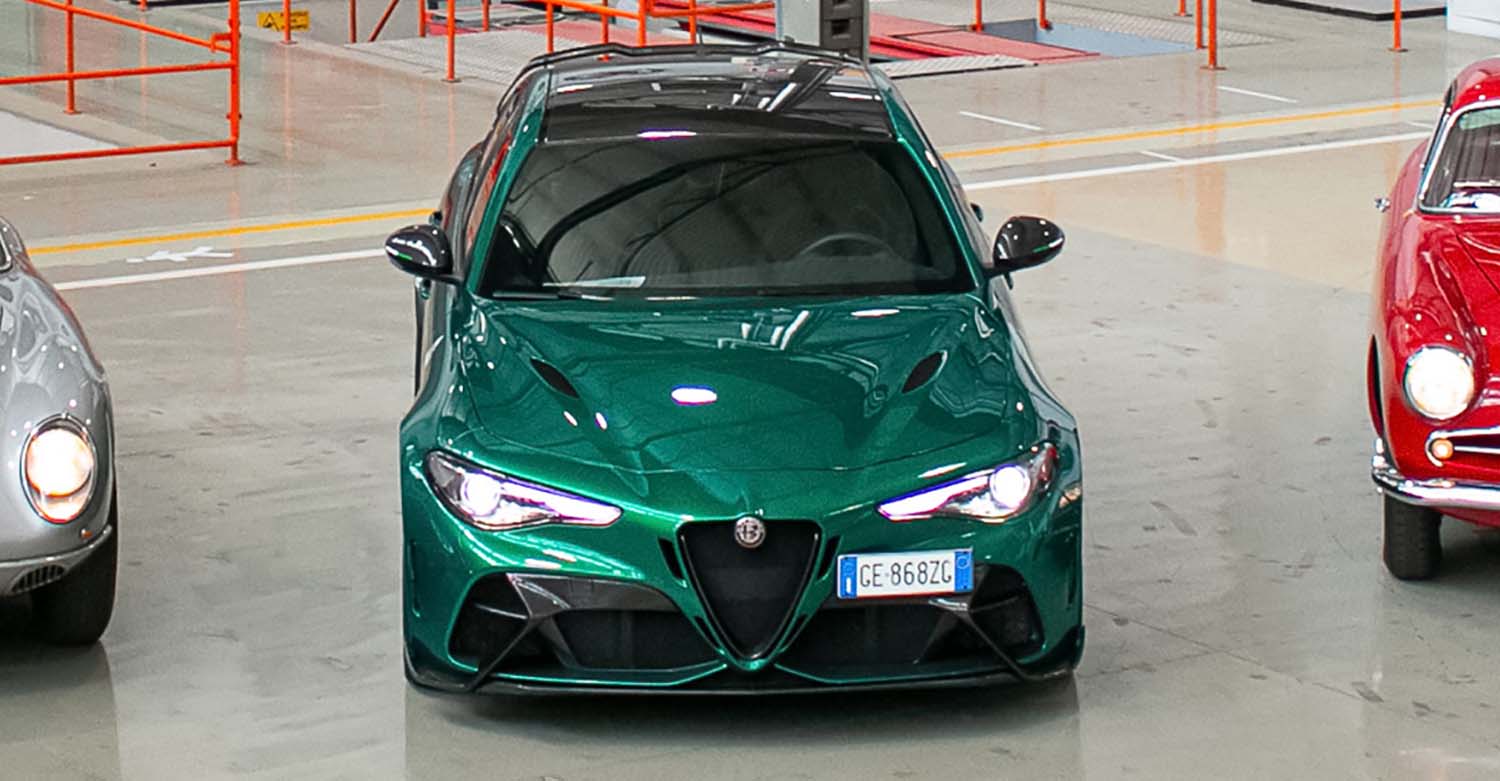 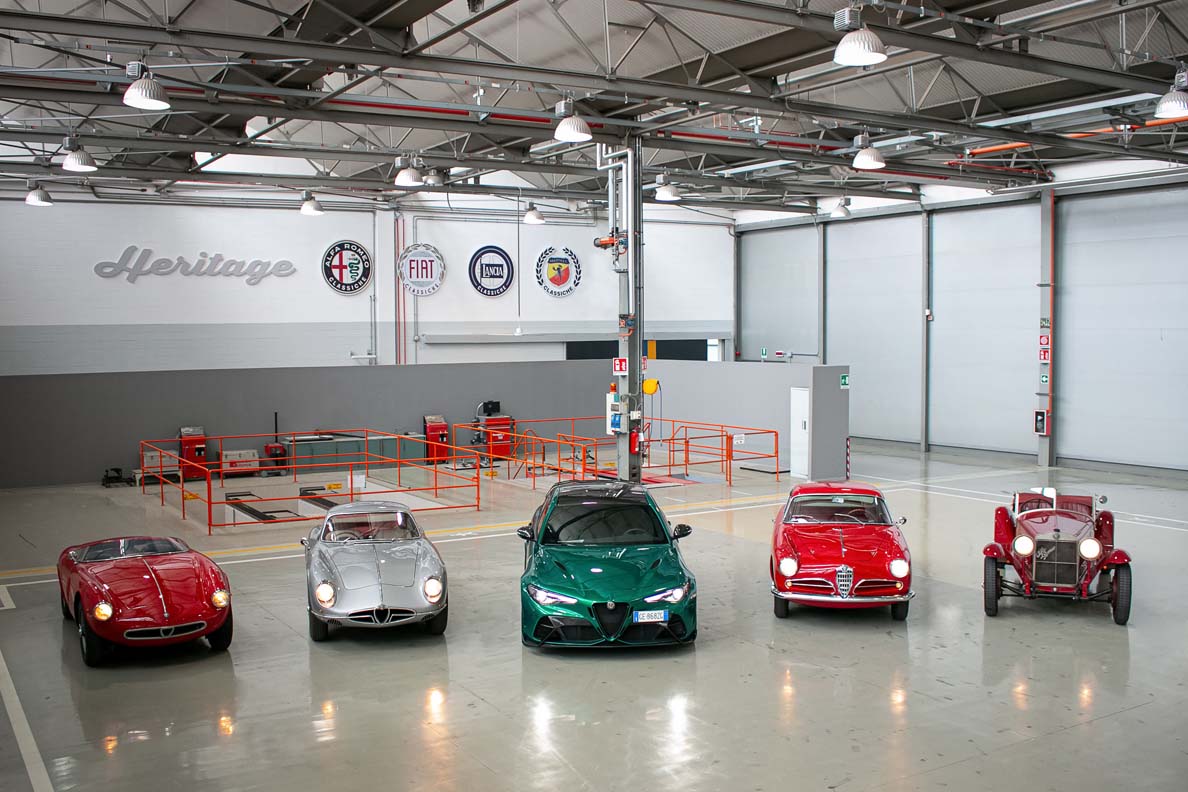 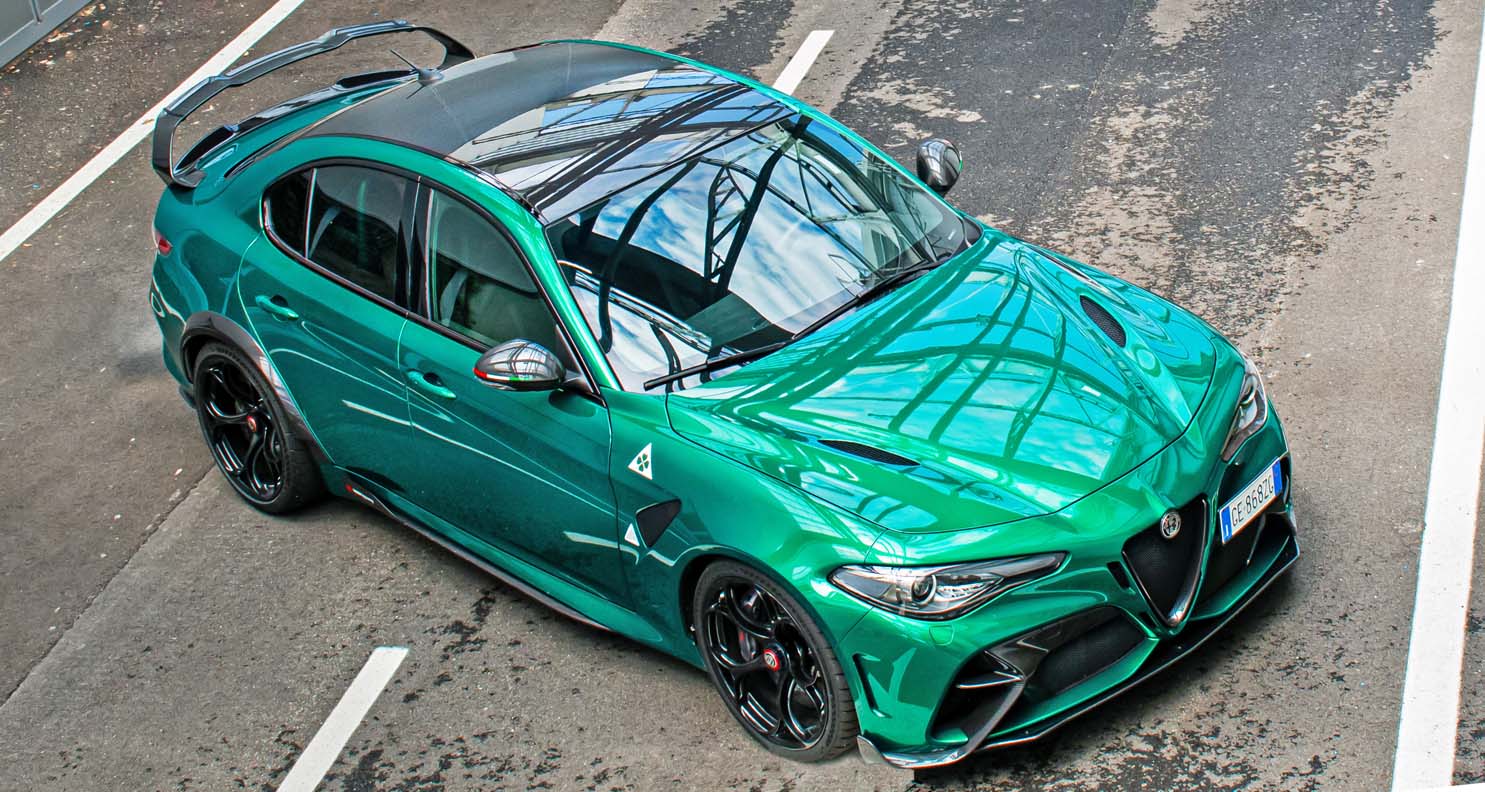 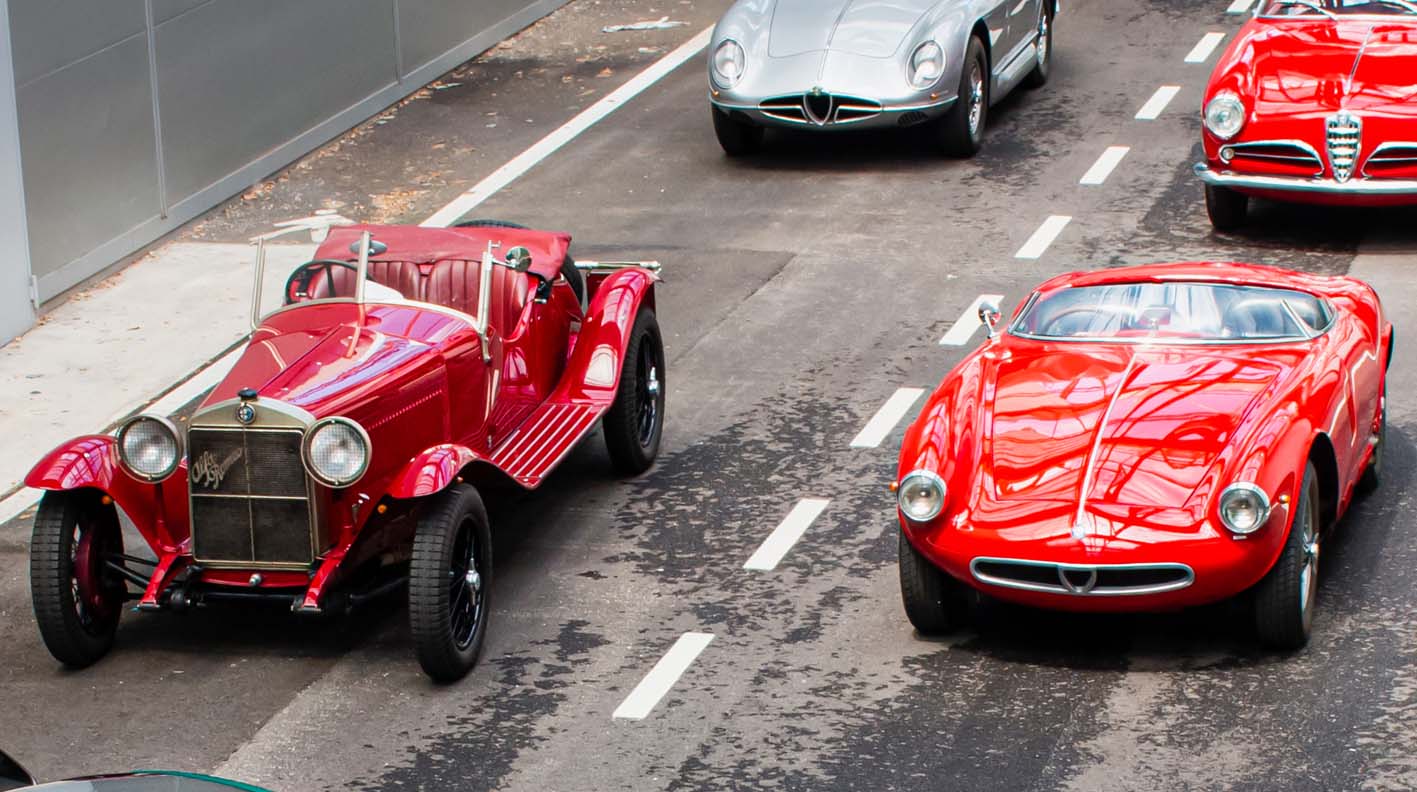