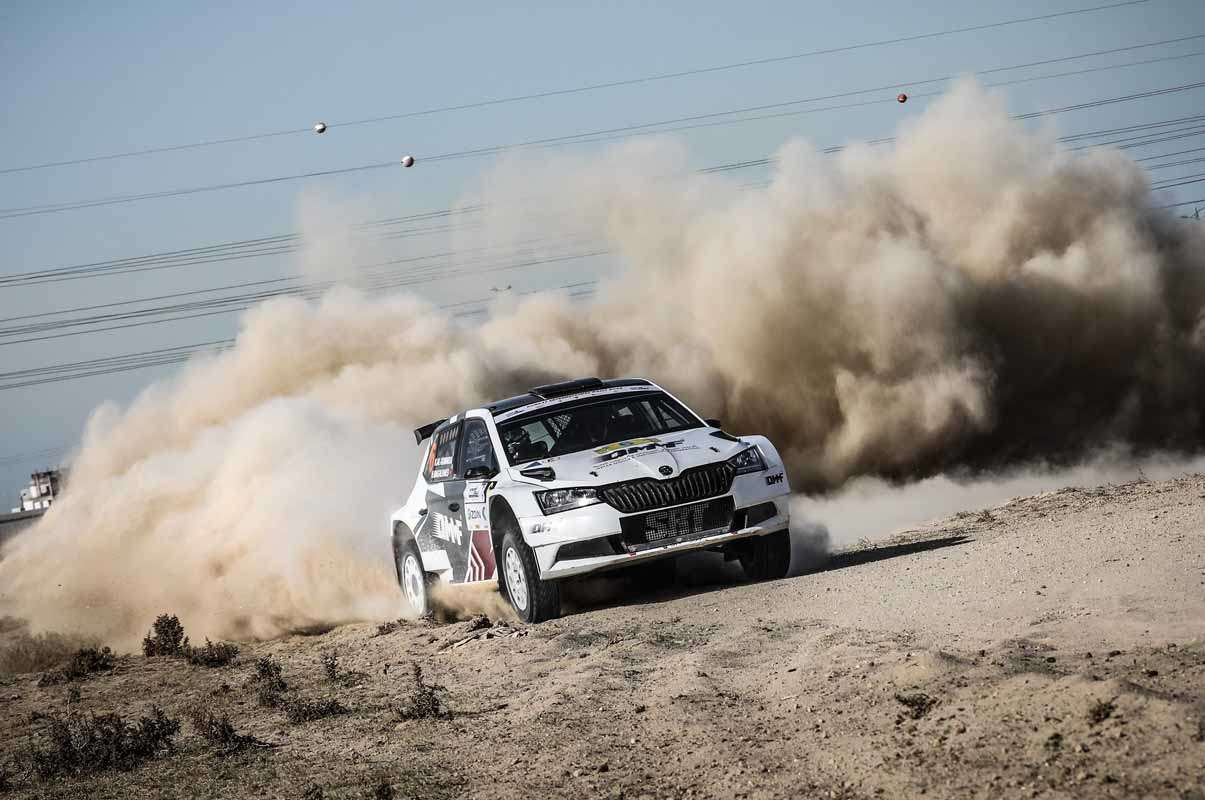 Qatar’s Khaled Al-Suwaidi and his Portuguese co-driver Hugo Magalhães held off a late charge from Nasser Saleh Al-Attiyah to claim a stunning victory in the 26th Kuwait International Rally on Saturday.

The Qatari inherited the lead on the first stage of the day, eased his pace over the last two stages in his SRT Škoda and was rewarded with a second MERC rally victory. In fact, the success was a second MERC triumph for both driver and co-driver, with Al-Suwaidi triumphing in Kuwait back in 2012 and Magalhães partnering Rashid Al-Naimi to victory in Qatar in 2017.

A delighted Al-Suwaidi said: “I thank god for the win. My target even before I came to Kuwait was to win the rally. This is my third podium here. I finished third in 2010 and I won in 2012. I am so pleased to achieve this, especially after four years’ absence from the scene.”

Punctures had wrecked Al-Attiyah’s and French co-driver Mathieu Baumel’s chances of taking the win on day one and there just too few kilometres in Saturday’s itinerary for the Qatari to mount a realistic fight back in his Autotek Volkswagen Polo GTI. Predictably, he won each of the final day’s four desert stages to confirm second overall and extend his lead in the FIA Middle East Rally Championship after three rounds.

Overnight leaders, Meshari Al-Thefiri and Qatari co-driver Nasser Al-Kuwari, suffered a cruel engine failure on their Škoda Fabia R2 evo three kilometres into the first stage of the morning. Al-Thefiri had stood to become the first Kuwaiti ever to win a round of the MERC and the first to win the Kuwait Rally since his father Ahmed secured the win back in 1981.

He said: “I am not upset. I’m very happy because I’ve retired with my head very high. This is rallying and my time leading the rally will give me a huge push and motivation for the future.”

Abdulaziz Al-Kuwari and Irish co-driver James Fulton looked set for a podium finish until the Qatari rolled his Škoda Fabia out of contention midway through the penultimate stage.

The Kuwaiti pairing of Mohammed Al-Thefiri and Mubarak Al-Dhafiri were the class of the MERC2 field for the entire rally in their Mitsubishi Lancer Evo X. They had the added bonus of rounding off the podium places in third.

Kuwait’s Jassim Al-Muqahwi and Thamer Al-Mutairi finished fourth and second in the MERC2 section. Qatar’s Nasser Khalifa Al-Atya and Italy’s Giovanni Bernacchini lost their way in the ninth stage and reached the finish in fifth place in a Motortune-run Ford Fiesta.

The Jordanian duo of Shadi Shaban and Issa Abu Jamous rounded off the depleted list of finishers in sixth and seventh overall.

Jordan’s Ihab Al-Shorafa and Khaled Juma and the Omani duo of Zakariya Al-Aamri and Abdullah Al-Rawahi didn’t restart on Saturday. Kuwait’s Yousef Al-Dhafeeri did restart but failed to tackle the seventh stage.

Al-Attiyah set out his stall from the outset and recorded the fastest time through the opening 18.60km Al-Zour stage, the Qatari beating Al-Suwaidi by 10.4 seconds. But overnight leader Al-Thefiri was in trouble. The Kuwaiti suffered a cruel engine failure three kilometres after the start that destroyed his dream of winning the Kuwait Rally.

Al-Suwaidi duly inherited the lead and headed for the eighth 12.66km stage with a lead of 1min 18.9sec over Al-Kuwari. Al-Attiyah beat his fellow countryman by 21.2 seconds to reduce the deficit to 1min 26.1sec and he also whittled Al-Kuwari’s grasp on second place down to just 12.3 seconds. Mohammed Al-Thefiri continued to lead the MERC2 category by 6min 10.1sec from Kuwait’s Jassim Al-Muqahwi.

Al-Attiyah attacked hard in the penultimate stage to record the fastest time but Al-Kuwari rolled near the end of the special, was overtaken by Al-Attiyah and saw his chance of finishing on the podium end in the dust of the southern Kuwaiti desert. Al-Atya lost his way on the special, strayed from the designated route and lost a lot of time as a result.

Al-Suwaidi noticeably eased his pace to conserve the Škoda and dropped 28.2 seconds to Al-Attiyah. But the hard-charging defending regional champion was left with only 12.66km to try and overturn a gap of 57.9 seconds.

The final stage was named in memory of the late 1993 regional rally champion Sheikh Hamed bin Eid Al-Thani and it was fitting that a talented Qatari should secure his second career win at the end of the special.

Al-Suwaidi duly held his nerve, managed his pace perfectly and sealed a second win in Kuwait by the margin of 38.1 seconds. Al-Attiyah won the special to confirm second overall and Mohammed Al-Thefiri rounded off the podium places and won MERC2.

Action in the FIA Middle East Rally Championship resumes in Jordan in May. 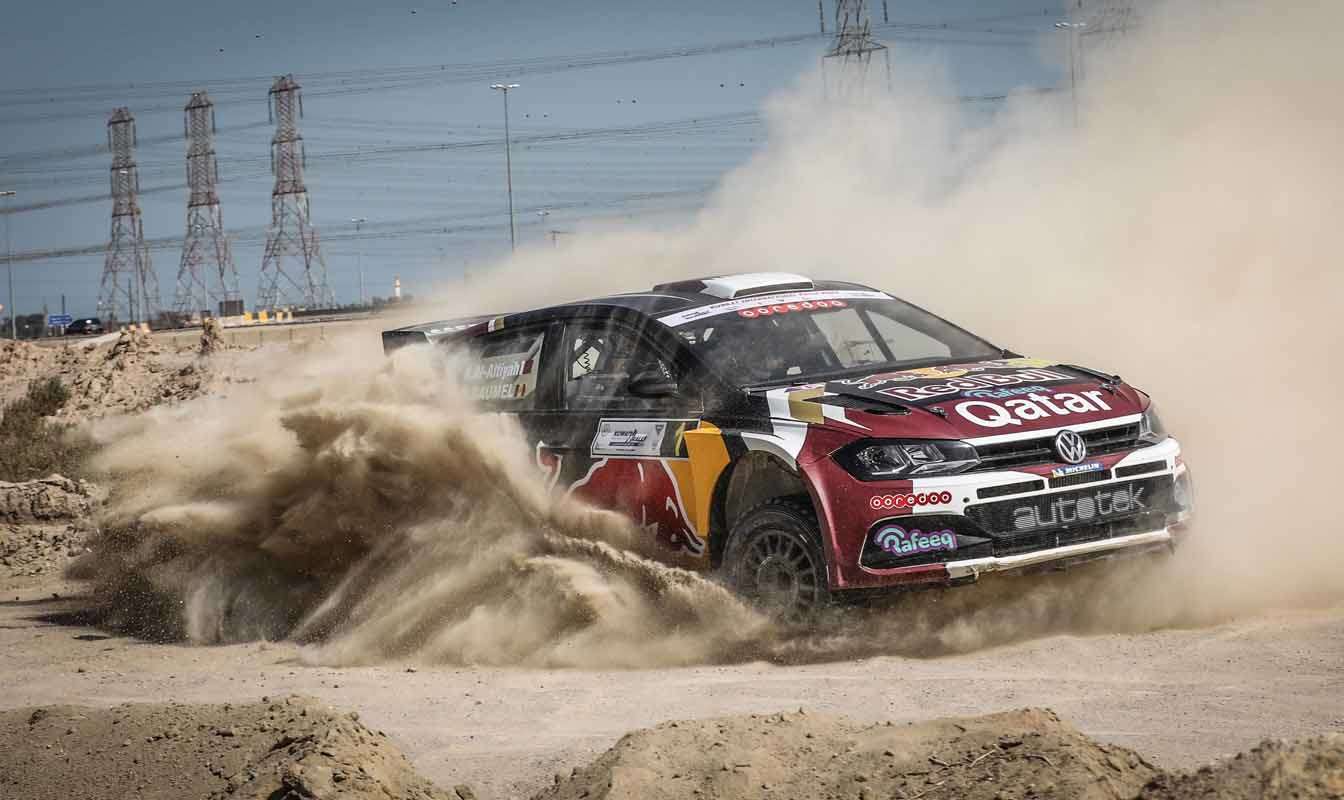 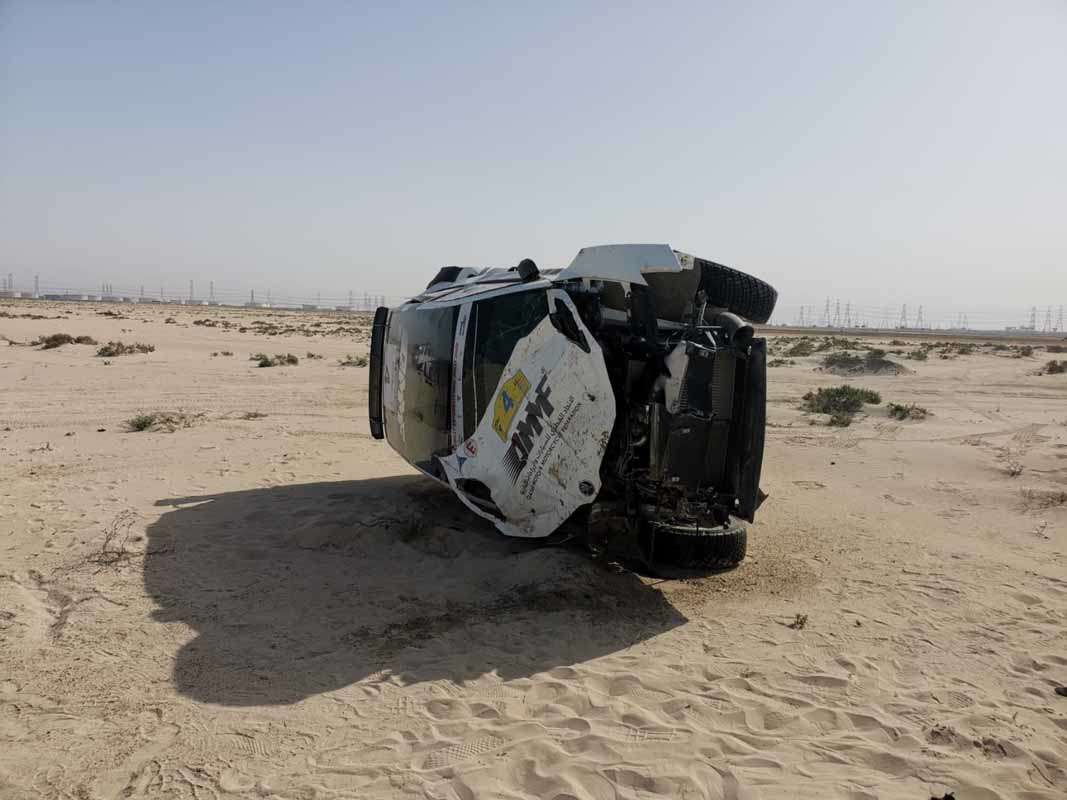 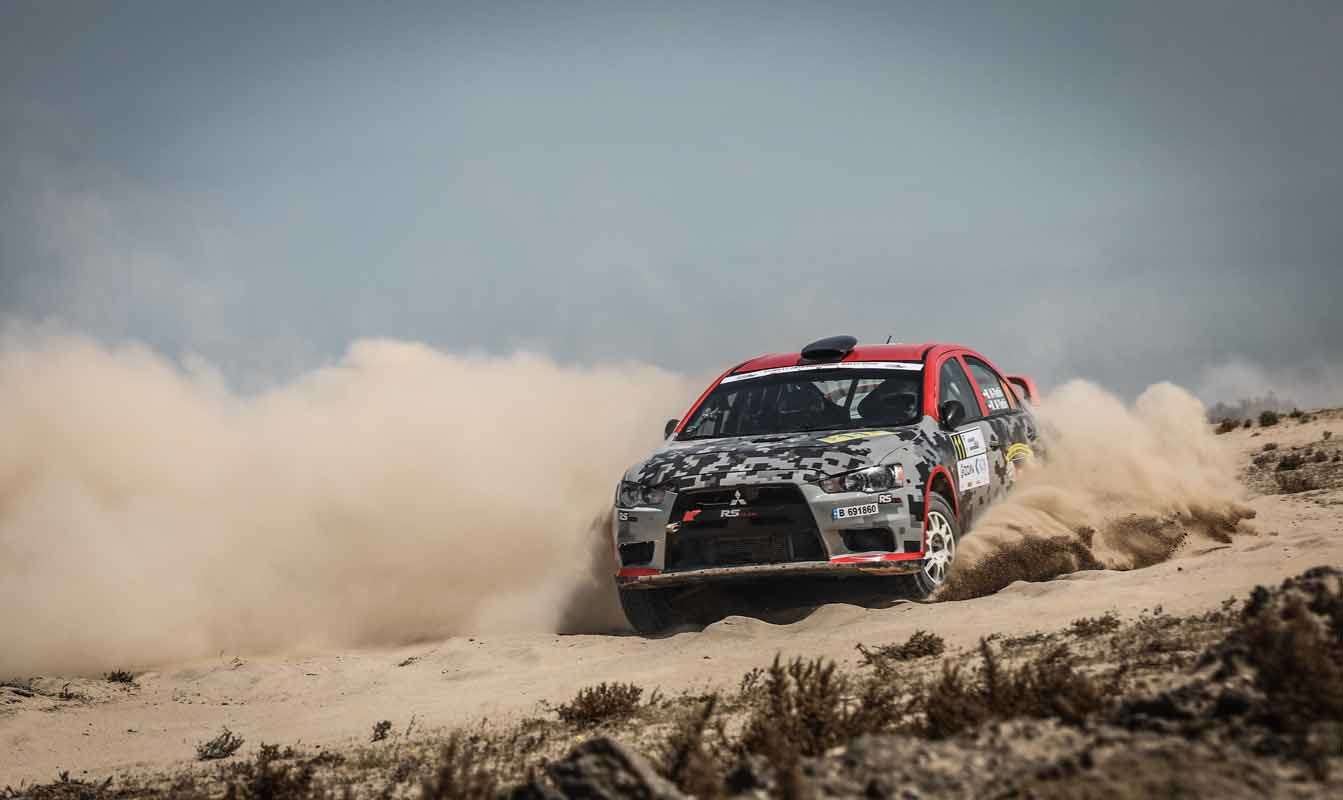