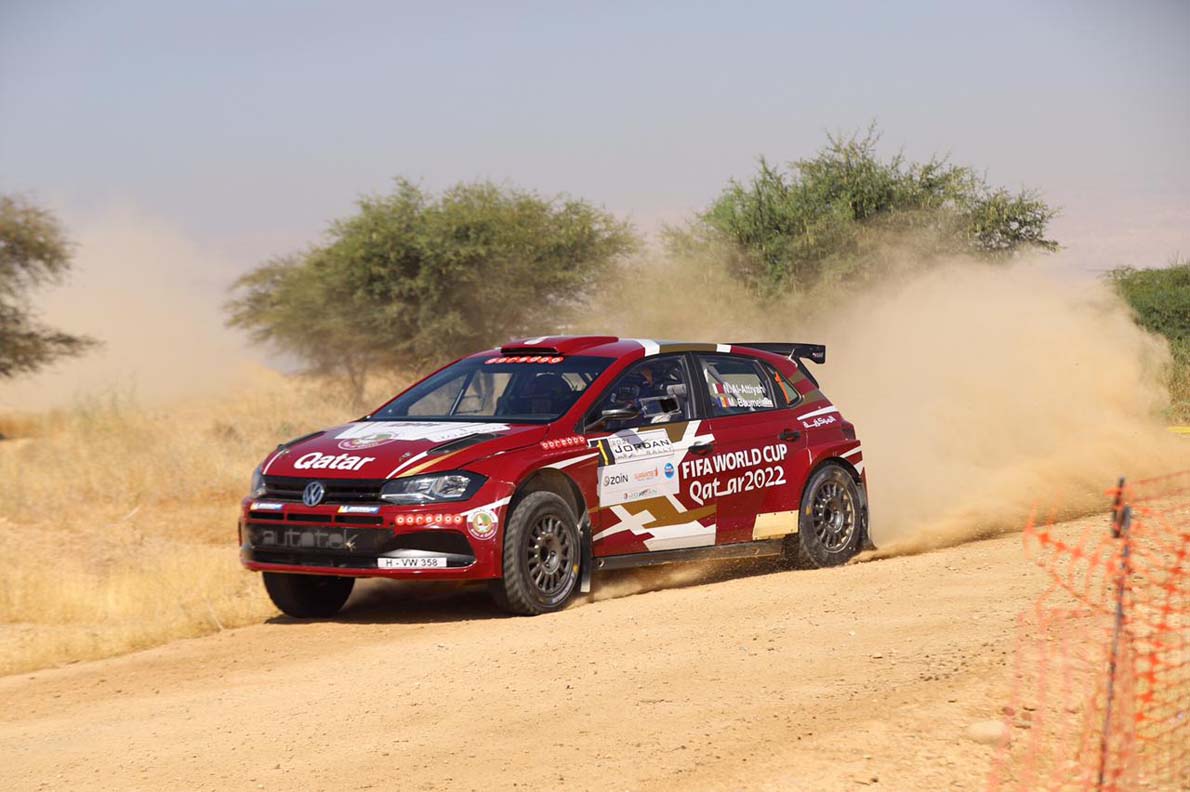 Nasser Saleh Al-Attiyah cruised into a massive lead of 8min 32.1sec after an opening leg of six gruelling special stages of the Jordan Rally that were held in punishing heat and decimated the field on Friday.

The Qatari and his Andorra-based co-driver Matthieu Baumel were never troubled in any of the speed tests and were able to manage their pace after gaining a comfortable lead on the opening loop of three specials held in the Dead Sea and Mount Nebo areas of the Hashemite Kingdom.

Al-Attiyah said: “It was a good morning. We tried to push the first two stages. The other driver have some problems, punctures, but it is not an easy rally even for the experienced drivers. We know these nice roads. We have a good lead and now we try to manage.

“The second loop was good. It was not easy and a lot of big rocks on the second stage. We managed without any problems. Now we just need to finish.”

Alex Feghali, the son of 14-time Rally of Lebanon winner Roger, finished the leg in third and second in MERC2 after a morning tussle with Oman’s Abdullah Al-Rawahi and closed in on Al-Thefiri as the day progressed.

“The second loop was much better for us,” said Feghali. “We gained 15 seconds on Meshari. We have some problems with the diff, but we will push tomorrow and try and get second.”

Al-Rawahi was sidelined with engine issues after overheating at the end of the first loop. “We had a puncture on the rear on the first stage, and then another one on the longer second one,” said the disappointed Omani. “It was really tough. I guess the rubber from the tyre cut a bit of the pipe on the radiator and we got a bit of a leak. The car over heated but we only knew after the third stage. It stopped. We managed to get back to service but the compression was low on the engine and we could not continue.”

Leading Jordanian Shadi Sheban held fourth overall and claimed victory in the opening round of the Jordan National Rally Championship. Round two will be held over Saturday’s stages.

Lebanese driver Shadi El-Fakih was classified in fifth in his Mitsubishi and Qatar’s Nasser Khalifa Al-Atya overcame two time-consuming punctures and heat exhaustion to hold sixth in a Ford Fiesta.

After engine issues sidelined the defending champion Henry Kahy, local driver Asem Aref adapted his strategy to conserve his Renault Clio RS and survived the day to lead MERC3 and hold eighth. “It was really difficult the second time around,” said Aref. “More stones, so we had to be very slow. We were two minutes slower than the morning.”

Saudi Arabia’s Saleh Al-Saif began cautiously on his co-driver Feisal Al-Suwayh’s first ever rally and held fifth in his T4 Can-Am Maverick X3 before retiring after an accident in a ditch caused a broken drive shaft in SS5. Ahmad Khaled also withdrew on the fifth stage with engine damage but local driver Ihab Al-Shorafa was classified in seventh in his  Mitsubishi.

Predictably, Al-Attiyah was fastest on the three stages that formed the opening loop before service. He beat Al-Thefiri by 45.2 seconds in the short Syagha speed test and then extended his lead to 3min 24.9sec after the first pass through the new Adasiyah special when his rival suffered a flat tyre and reduced turbo boost in the heat. Al-Attiyah completed the loop with a lead of 3min 46sec.

Young Al-Rawahi and Feghali became embroiled in a battle for third and fourth places with half a second separating the pair after three stages. Alex Feghali said: “All okay so far. The second stage we had some brake problems. First time for me in the Evo X and second time doing the rally. It’s a great experience for me.”

Henry Kahy retired his two-wheel drive Škoda after the opening stage with engine issues and handed the MERC3 advantage to Asem Aref. Al-Atya dropped nine minutes in the second special and slipped to 10th place, with both he and Al-Rawahi’s Jordanian navigator Ata Al-Hmoud both suffering the effects of the punishing heat.

“The temperature is too high for us,” admitted Al-Atya. “We started good, but the set-up was not good and the car was sliding a lot in the stages. After a puncture, we dropped back a little bit and really suffered with the temperature. It was almost more than 60 (°C) in the car and to change a tyre in this heat was really terrible. My cousin Nasser (Al-Attiyah) support me with some liquid.”

Ihab Al-Shourafa plummeted to the foot of the standings in the third stage after getting stuck. He managed to continue with assistance from Al-Saif.

Al-Rawahi led the Jordan National Rally from Shaban. Eleven cars were eligible to compete, but Khaled Juma was the first retirement and Ziad Miqdad was also sidelined. “The second stage we had problem in the fuel, a linkage in the fuel tank,” said Juma, who had been third quickest in the national section after the opening stage.

Al-Attiyah increased his advantage to 4min 33.5sec through SS4 but Al-Rawahi’s challenge for the podium ended before the fourth stage with engine overheating issues, the Omani also losing the chance of winning the opening round of the National Rally Championship.

The leader was 23 seconds quicker on his second pass through the long stage but the special spelt the end of the road for both Al-Saif and Ahmad Khaled. They had been holding fifth and seventh overall.

Amjad Al-Anasweh and Sami Fleifel were also sidelined in the national section, as Al-Attiyah was fastest again in SS6 to complete a clean sweep of stage wins.

Tomorrow, competitors tackle two runs through the punishing Jordan River (31.57km) and Joufeh (26.01km) speed tests, before the ceremonial finish and post-event press conference adjacent to the shores of the Dead Sea. 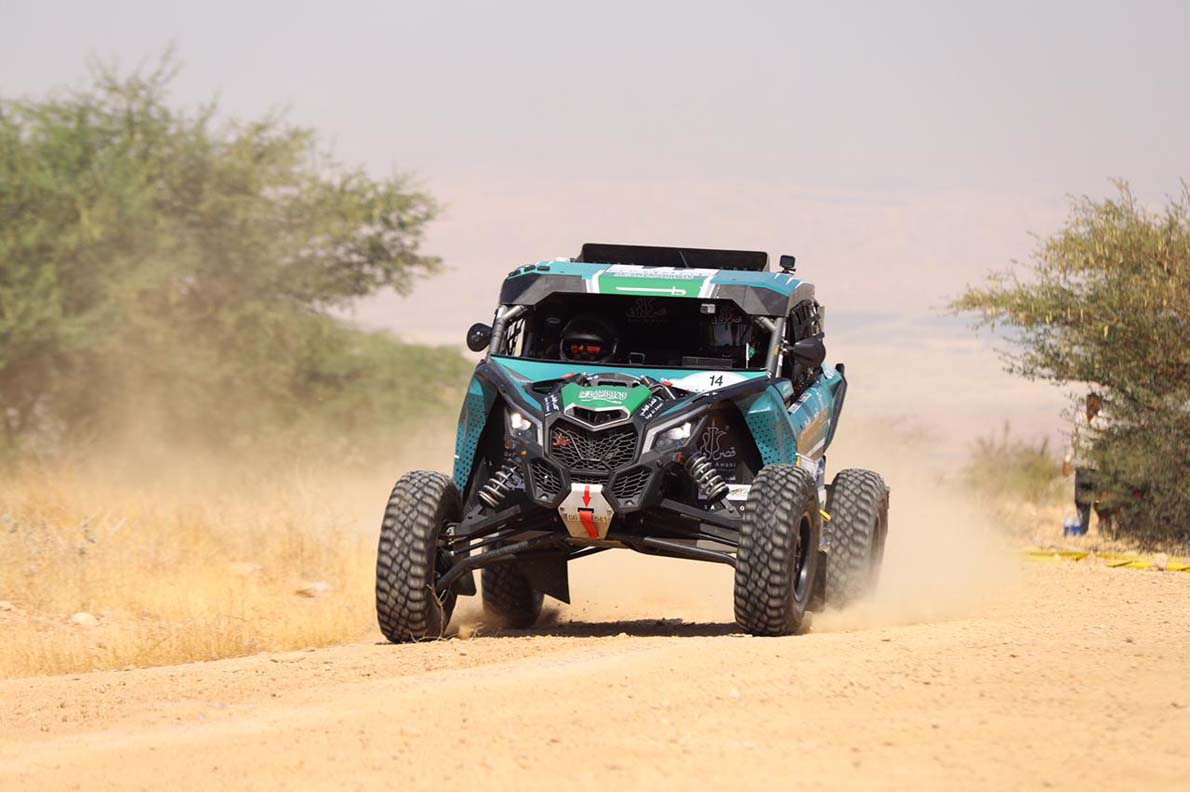 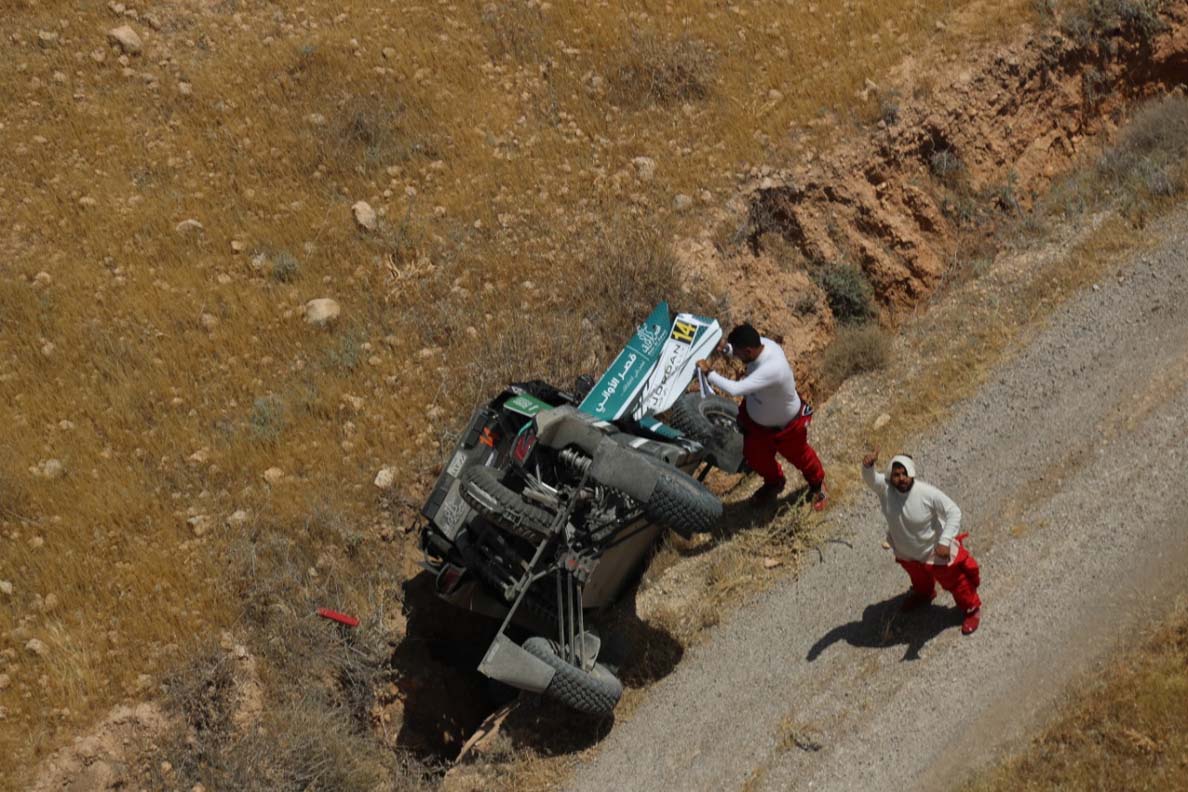 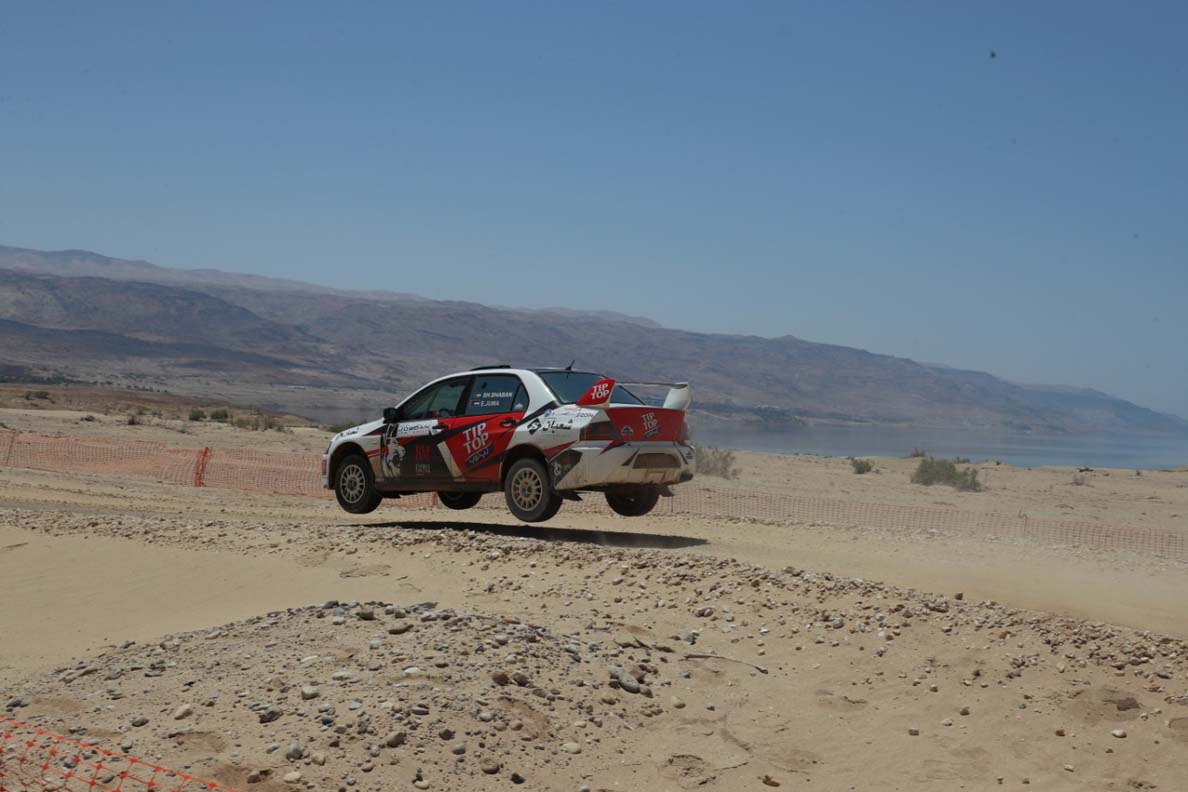 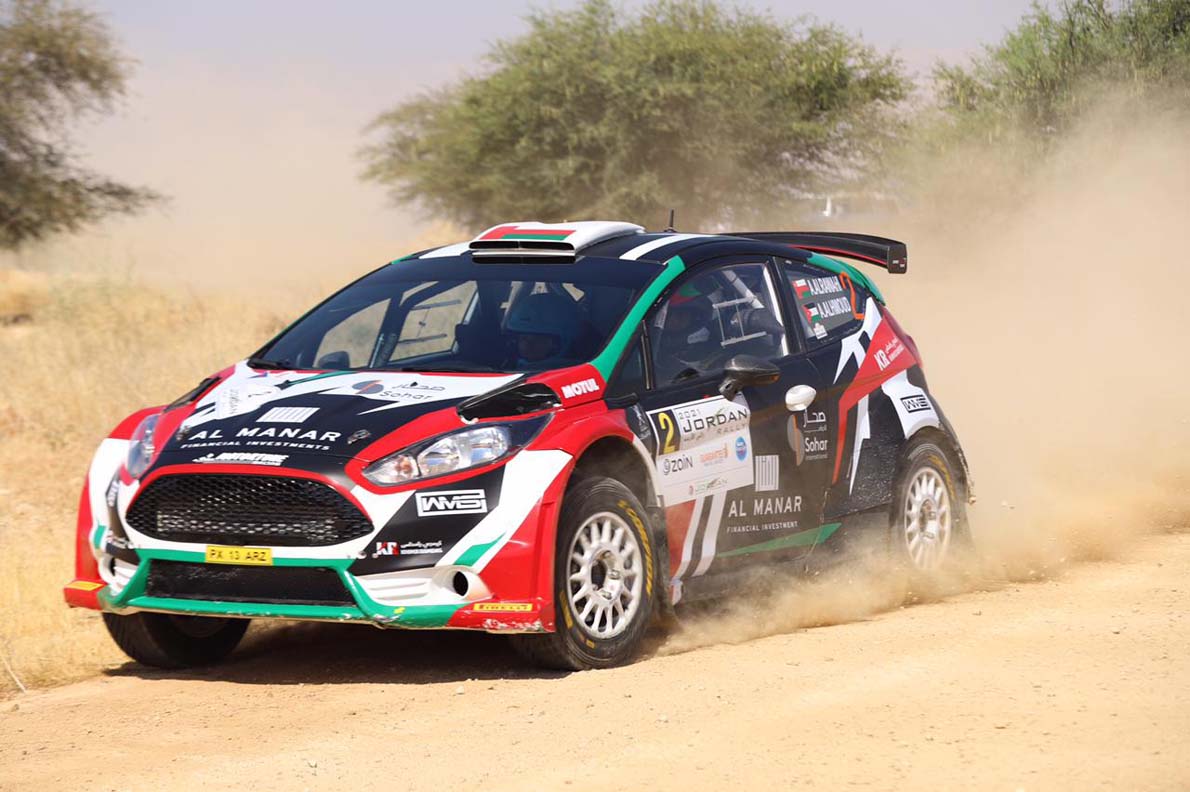 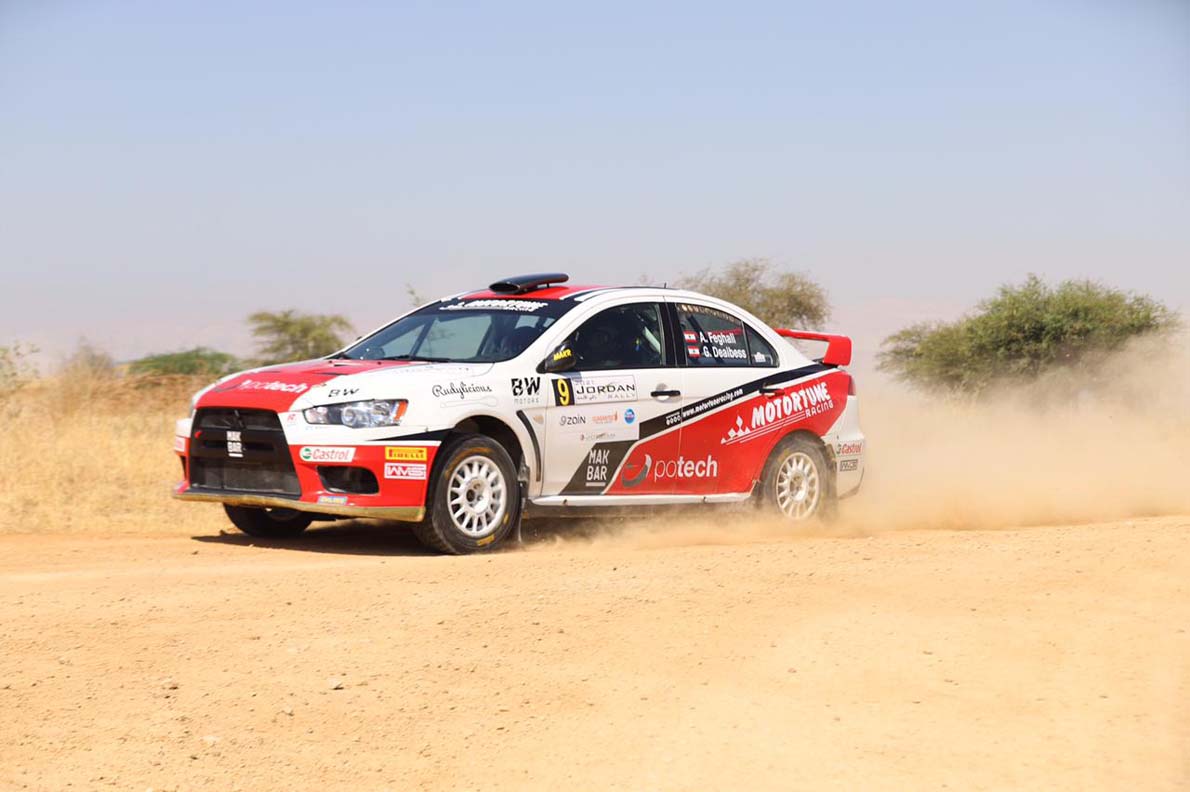 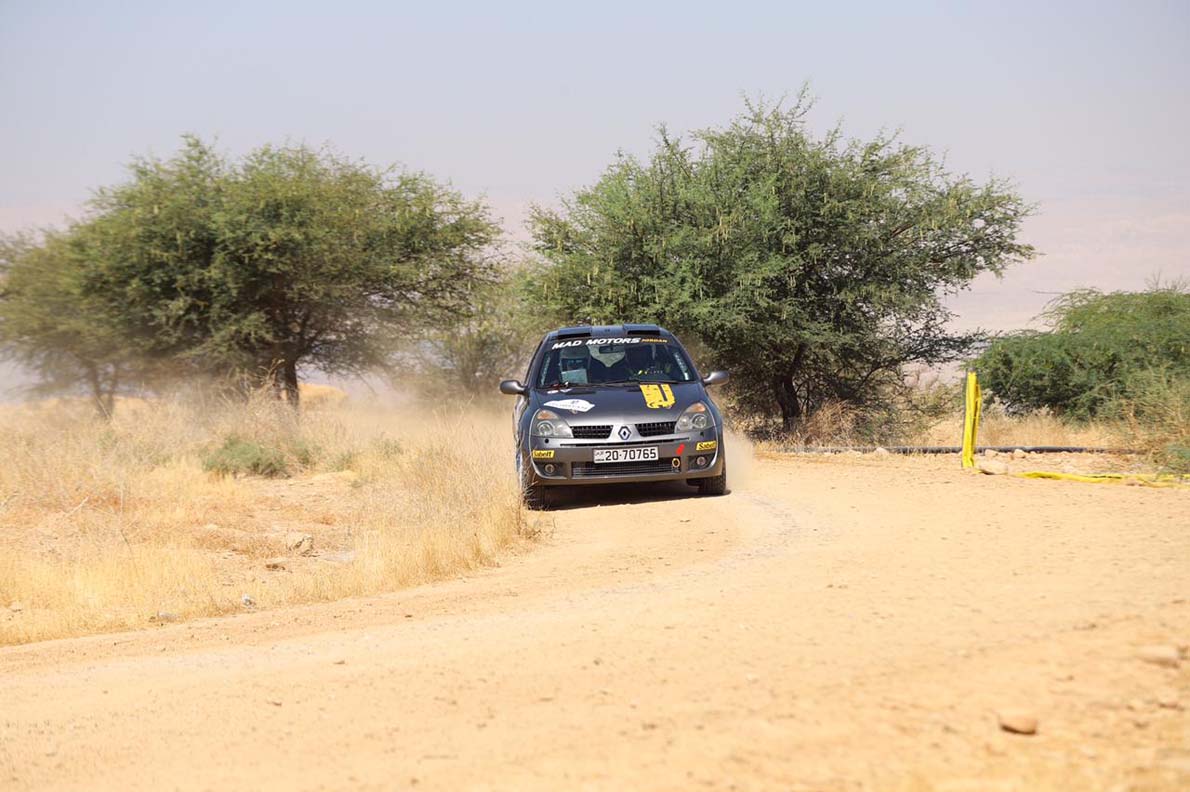 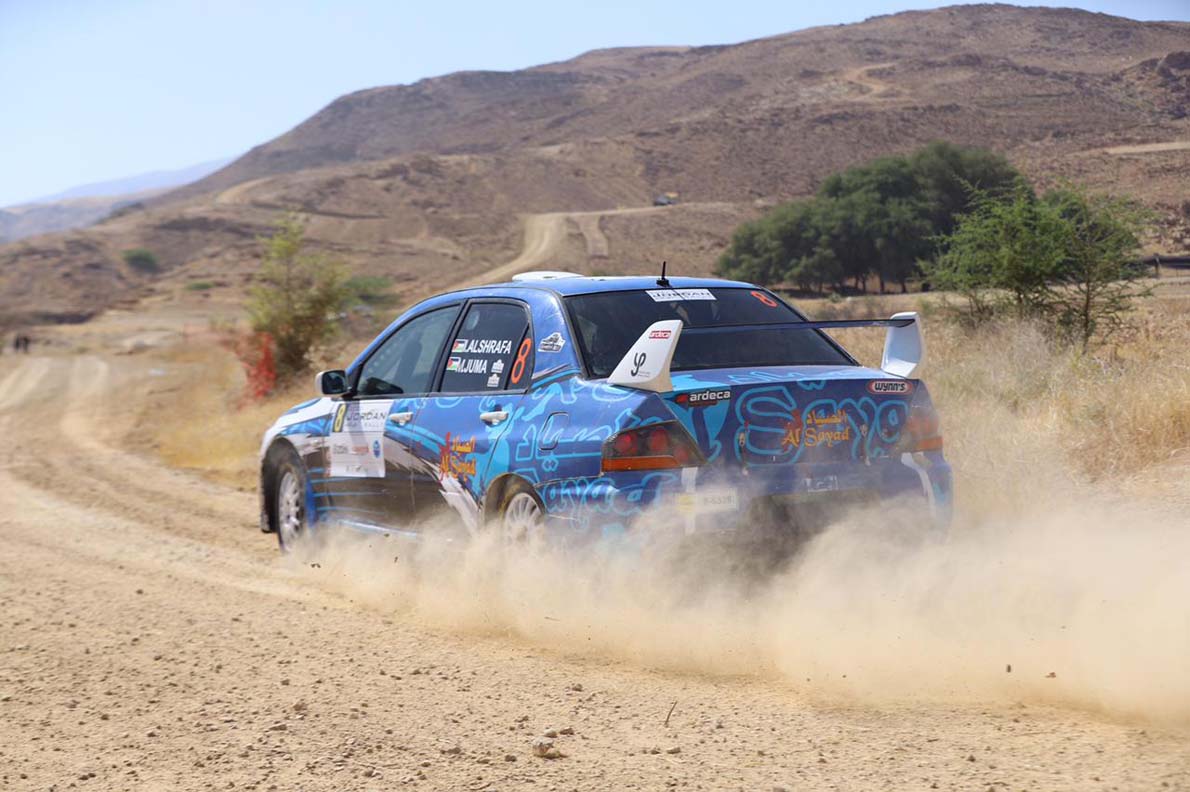 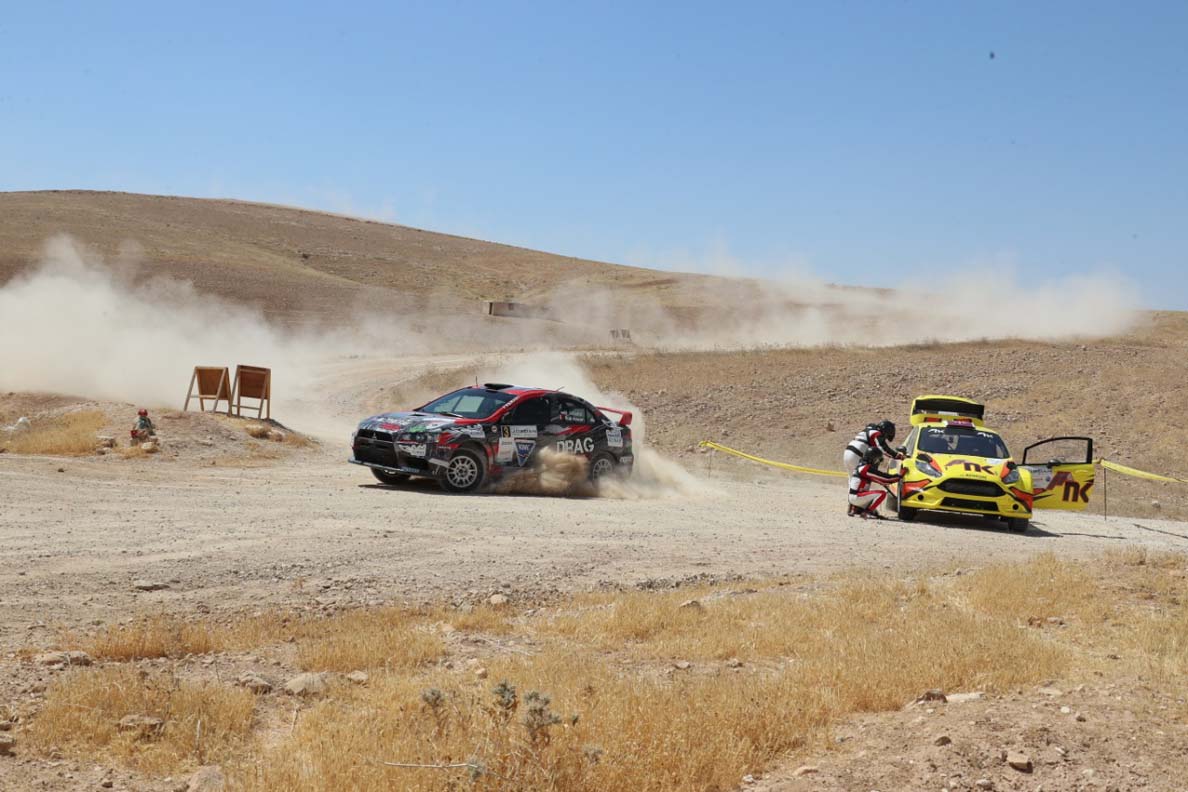 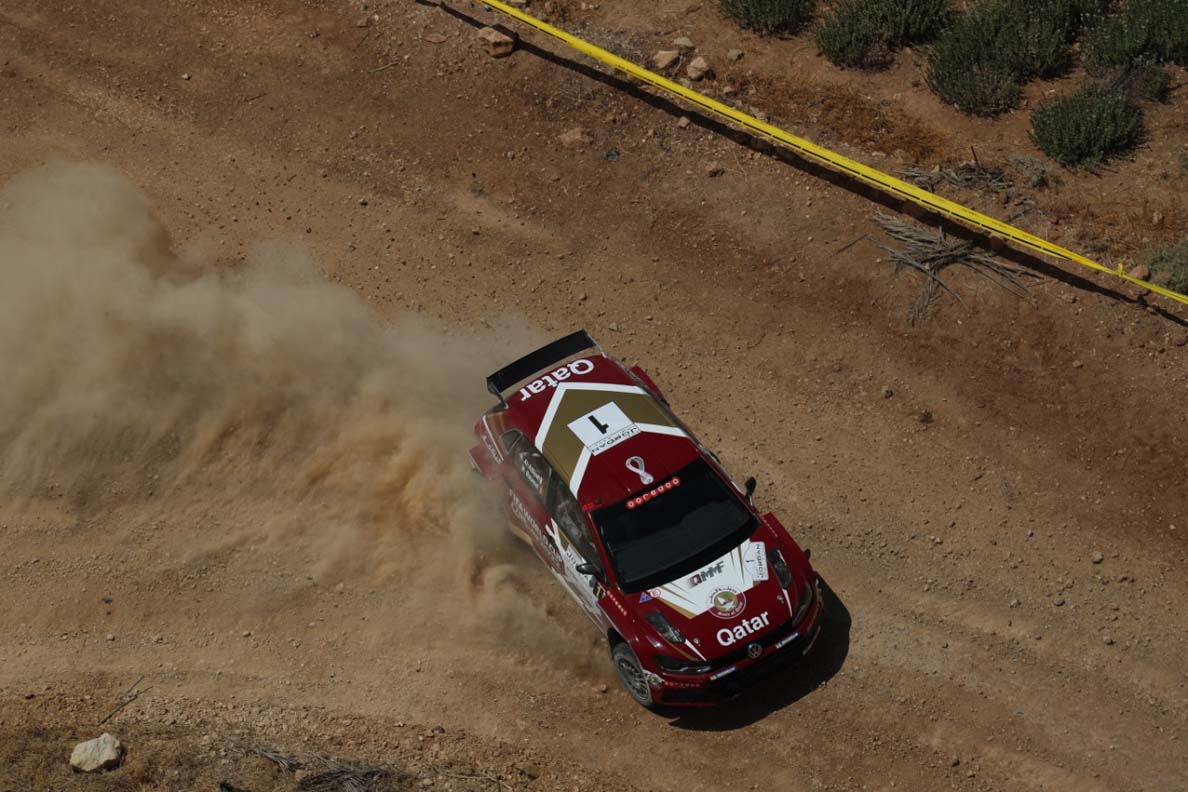