175th anniversary of the birth of the King of Designers: Wilhelm Maybach 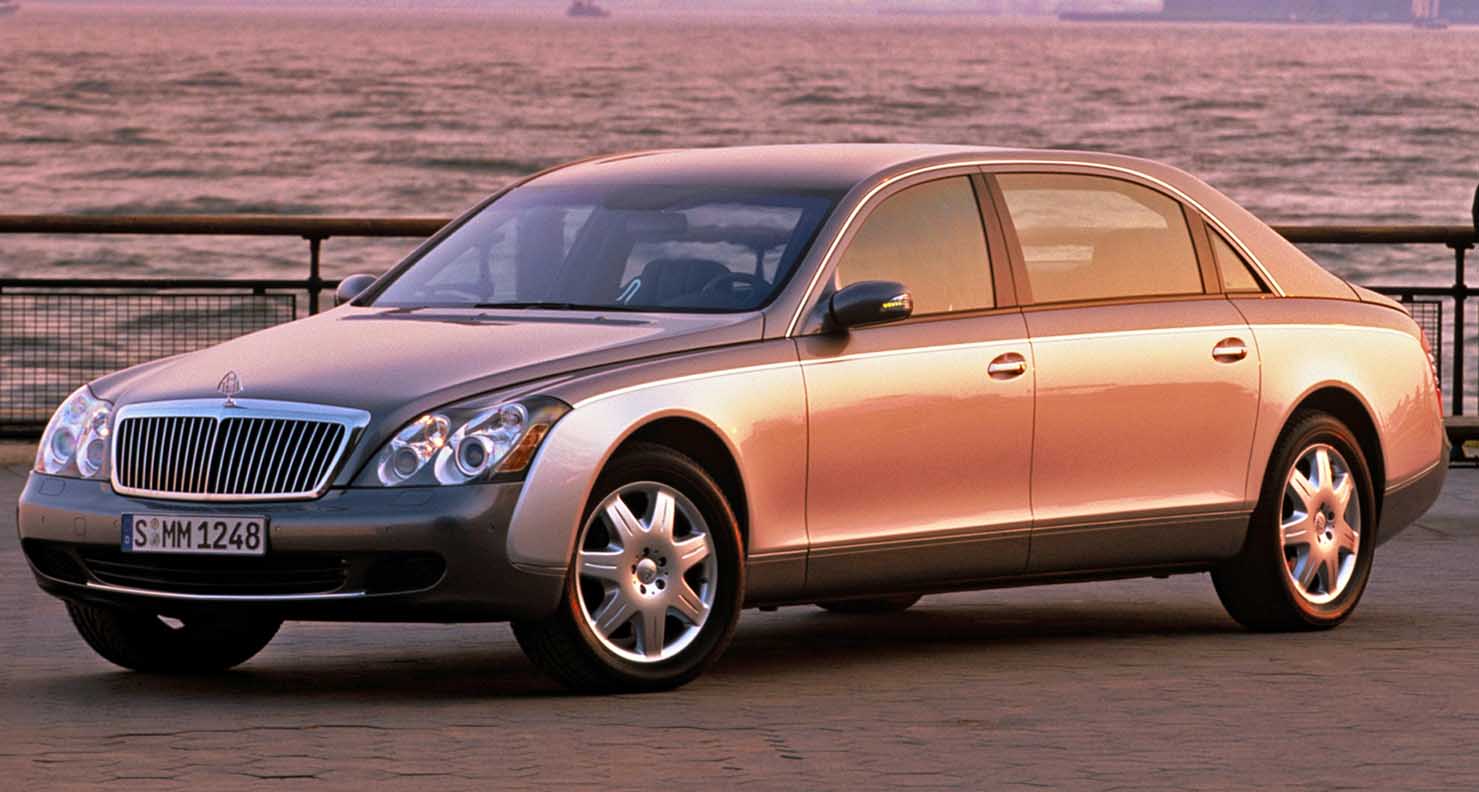 On 9 February 1846, i.e. 175 years ago, Wilhelm Maybach was born in Heilbronn, Germany. The second-eldest son of a carpenter would go on to influence the development of the car. This applies particularly to the period when he was Gottlieb Daimler’s associate until he passed away in 1900. Maybach was gifted with outstanding technical talents. His inventions formed a crucial contribution to making Daimler’s visionary concepts for motorised mobility with various means of transport a reality. Today his name also lives on in the Mercedes-Maybach brand.

Augustus Wilhelm Maybach (his full name) was born as the second-eldest son of carpenter Carl Maybach in Heilbronn, Germany. At the beginning of the 1850s, the family moved to Stuttgart, a city in which Maybach would suffer hard misfortunes: his mother passed away in 1854 and a mere two years later he also lost his father.

Family friends made various efforts to find a home for the orphans, including a newspaper advert placed in “Stuttgarter Anzeiger” on 20 March 1856. Wilhelm Maybach was taken in by Bruderhaus (“house of brothers”) in Reutlingen, an institution established by Protestant theologian Gustav Werner and his wife Albertine. Bruderhaus ran so-called orphan asylums, schools and factories.

From confectioner to designer

Wilhelm Maybach was initially trained at Bruderhaus as a baker and confectioner. However, Pastor Werner saw the boy’s vast technical talent and nurtured it. Consequently, Maybach started an apprenticeship at the drawing office of the machine shop in 1861, with physics and free-hand drawing lessons at the city’s advanced training facility, as well as maths at secondary school later on. Additionally, he was given English and French lessons from day one of his career. In 1863, Gustav Werner recruited 29-year old engineer Gottlieb Daimler as an inspector of Bruderhaus’ “Vereinigte Werkstätten” (united workshops).

Daimler’s work in Reutlingen marked the beginning of a productive partnership, as the workshop inspector identified and fostered Maybach’s skills. In September 1869, it was thus a logical consequence for the young designer to follow Daimler when he was appointed to the management board of Maschinenbau-Gesellschaft Karlsruhe. Maybach worked at the local design office.

In 1872, both once again took on new jobs and relocated: Daimler was appointed to the management board of Gasmotoren-Fabrik Deutz AG. The company had been established as a limited company by Nicolaus August Otto and the families of entrepreneurs Langen and Pfeiffer that same year.

Once again Maybach followed Daimler to become head of the Deutz Design department in 1873. He worked on bringing Otto’s four-stroke engine to production maturity level. He ran trials with liquid fuel and a converted gas engine in as early as 1875. In 1876, Deutz sent Maybach on a trip to the United States of America, where he used his older brother Karl’s contacts to get in touch with piano builders Steinway & Sons. In 1888, Gottlieb Daimler and Steinway would go on to develop the North American market.

Daimler already had the vision of a compact, fast-running combustion engine that was also suitable for use in vehicles when he worked at Deutz. However, he was unable to make his ideas a reality at the company. In mid-1882, Daimler left Gasmotoren-Fabrik Deutz to pursue a self-employed career in Cannstatt near Stuttgart. He had already signed an employment contract with Wilhelm Maybach in April 1882.

This would be where Maybach and Daimler brought the automotive pioneer’s dream of motorised mobility “on water, on land and in the air” to life: from 1882, the first specimen of fast-running petrol engines were developed at Daimler’s home at Taubenheimstrasse 13.

Maybach further advanced recently established automotive technology with designs, such as the four-speed, gear-only transmission featuring movable gear wheels and the two-cylinder V-engine (built on licence by Peugeot from 1890).

The inventor was not even deterred by the conflict between Daimler and the company he had established at the beginning of the 1890s: Maybach developed the Phoenix in-line two-cylinder engine and the spray-nozzle carburettor at Hotel Hermann’s garden hall, a facility the company had rented at the time. The Phoenix engine enjoyed so much success that international licensees managed to reinstate Daimler und Maybach at Daimler-Motoren-Gesellschaft (DMG) in 1895. 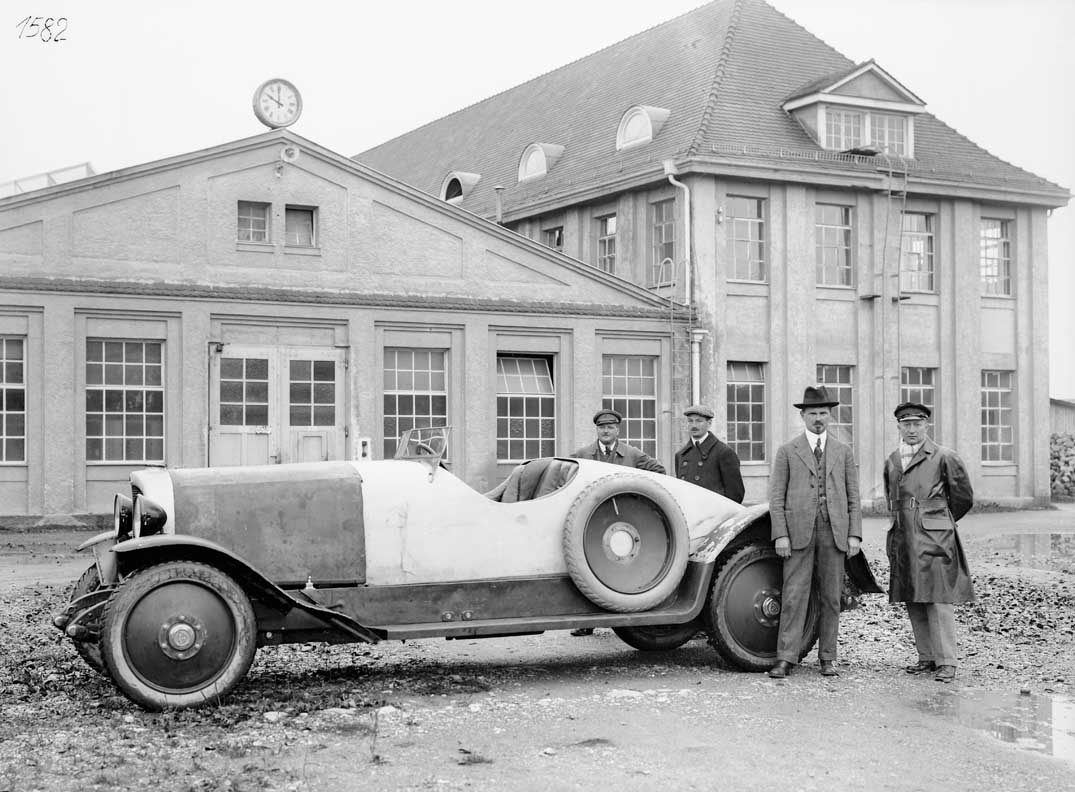 Wilhelm Maybach, now technical director at DMG, continued to provide one pivotal invention after the other: in 1897, the tube-based radiator was registered as a utility model. 1899 saw the development of a four-stroke engine for Count Ferdinand von Zeppelin’s airship. In 1900, DMG registered Maybach’s honeycomb radiator as a patent and, on 22 November that same year, the first Mercedes 35 hp was completed in Cannstatt.

In the following years until 1904, Maybach evolved the vehicle concept from the Mercedes Simplex 40 hp to the Simplex 60 hp and Simplex 90 hp. However, following Daimler’s passing on 6 March 1900, Maybach could no longer rely on unconditional support within the company. This became particularly obvious after the chair of DMG’s supervisory board, Max von Duttenhofer, passed away in August 1903.

The differences in opinion escalated in 1906: Maybach was a passionate supporter of motorsport as the driving force for automotive series-production technology (“That’s how you learn from races, there is no doubt that our touring cars completed them so quickly and that they remain just as important as they were years ago. Consequently, let’s continue racing.”).

He developed a racing car featuring a six-cylinder engine with an overhead camshaft driven by a vertical shaft as well as a high-voltage solenoid ignition with two spark plugs. However, rather than using Maybach’s cutting-edge creation, a conservative design by Paul Daimler was used. After DMG also closed the test centre headed up by Maybach, he left the company in 1907.

In 1909 Maybach established Luftfahrzeug-Motorenbau GmbH in Bissingen, Germany, together with Count von Zeppelin. The company, managed by Wilhelm’s son Karl Maybach, relocated to Friedrichshafen on the shores of Lake Constance in Germany in 1912.

After the end of the First World War, the company, now trading as Maybach-Motorenbau, launched into automotive engineering. The first series-production car, the Maybach 22/70 hp (W 3), was presented in 1921 and remained in production until 1928. Thus, Wilhelm Maybach had come full circle over the course of his life.

After having left DMG, Maybach received numerous awards for his lifetime achievements: the Kingdom of Württemberg appointed him Royal Building Inspector in 1915, in 1916 he was awarded an honorary doctorate by Stuttgart Institute of Technology.

Last but not least, in 1922, the Association of German Engineers (VDI) awarded him the golden Grashof medal, the Association’s highest honours. Wilhelm Maybach passed away on 29 December 1929. He was laid to rest in Cannstatt’s Uff cemetery, where Gottlieb Daimler was also buried. In the last year of his life, Maybach witnessed the LZ 127 “Graf Zeppelin” airship’s flight around the world. The airship was driven by Maybach twelve-cylinder engines, which Karl Maybach had designed. In 1996, he was inducted into the “Automotive Hall of Fame” and in 2004 into the “European Automotive Hall of Fame”.

Automotive engineering at Maybach came to an end in 1941. However, in 2002 the legendary name was reborn as a luxury brand of what was DaimlerChrysler AG at the time. Model series 240 Maybach 62 and Maybach 57 luxury saloons redefine the standard at the pinnacle of automotive engineering.

In November 2014, the Mercedes-Maybach S-Class (model series 222) celebrated its world premiere. Ever since, the brand has been a synonym for highly exclusive vehicles, providing a unique level of comfort and elegant design – on the basis of cutting-edge technology. 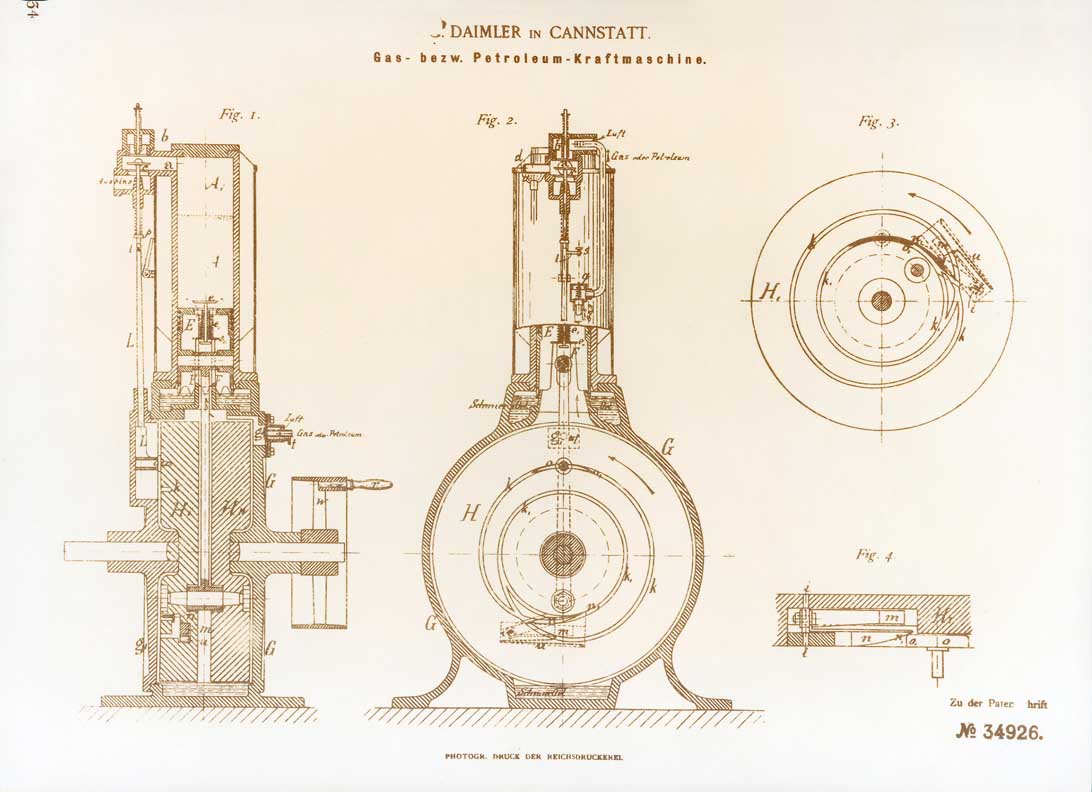 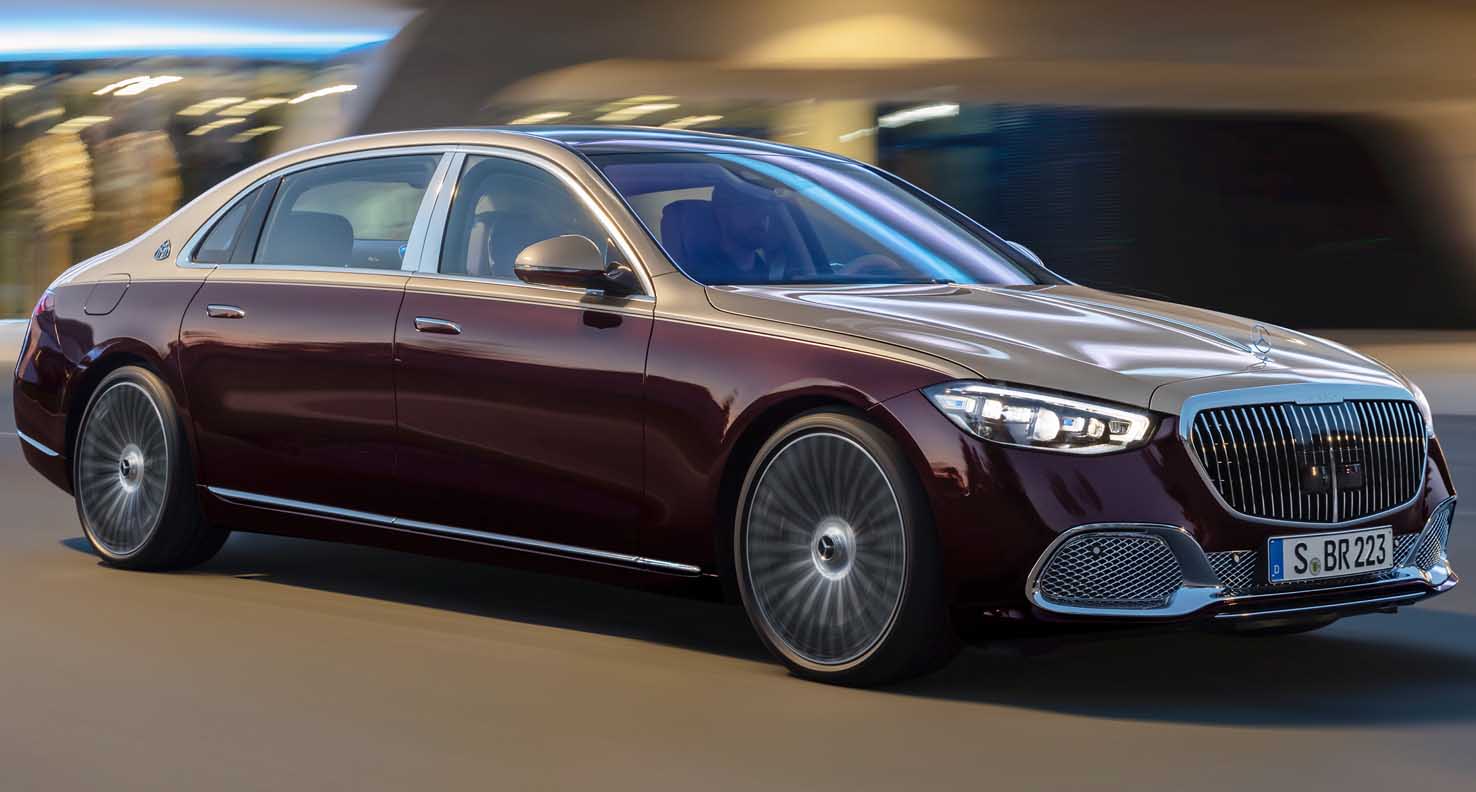 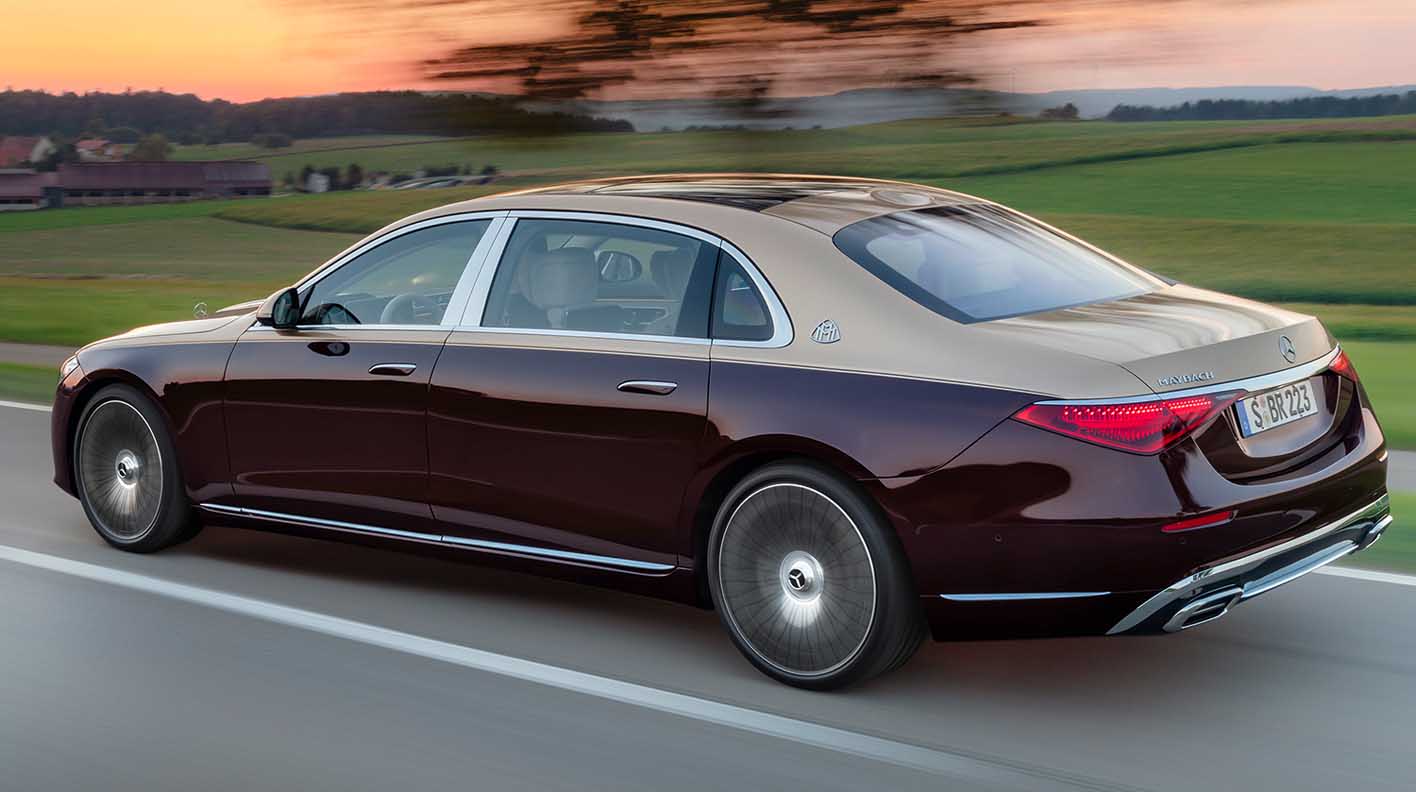 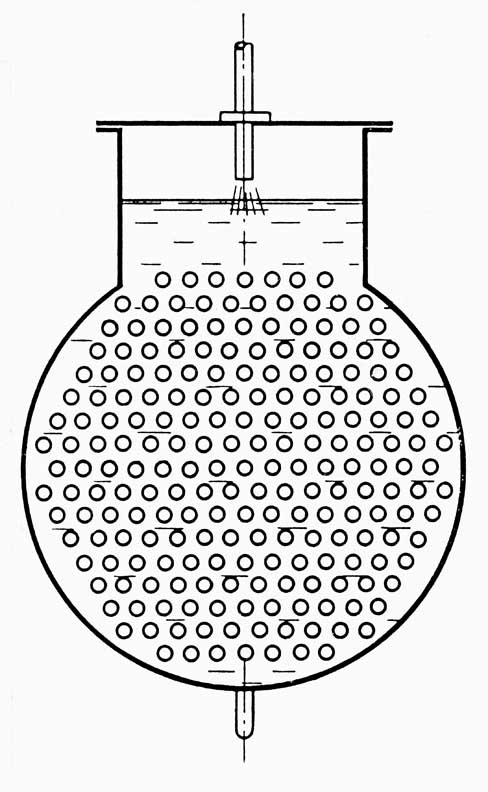 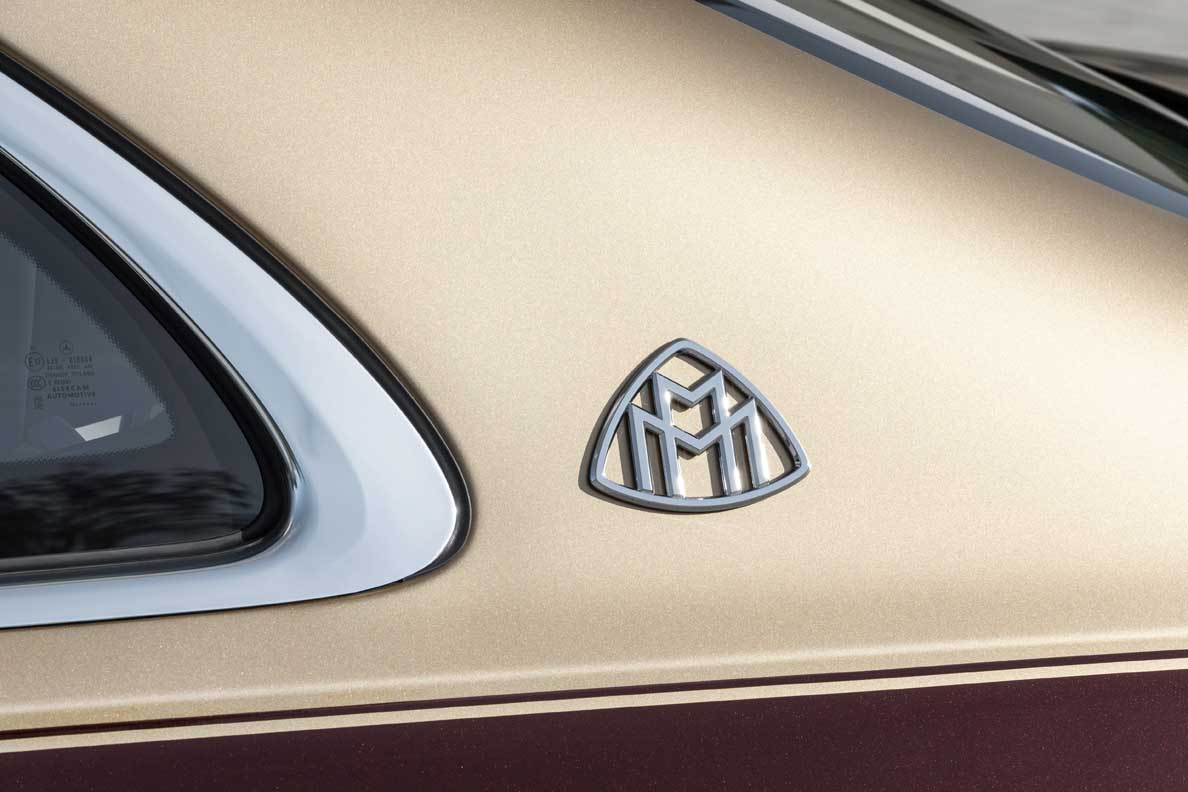 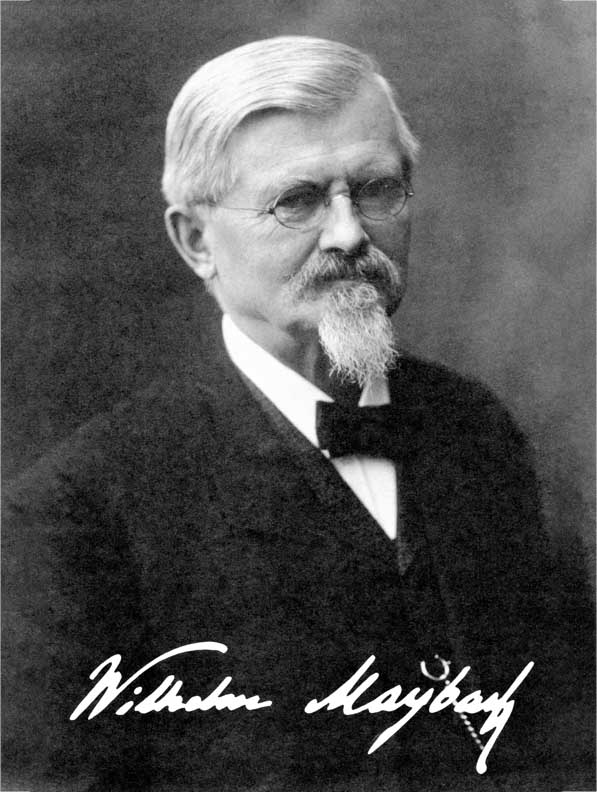 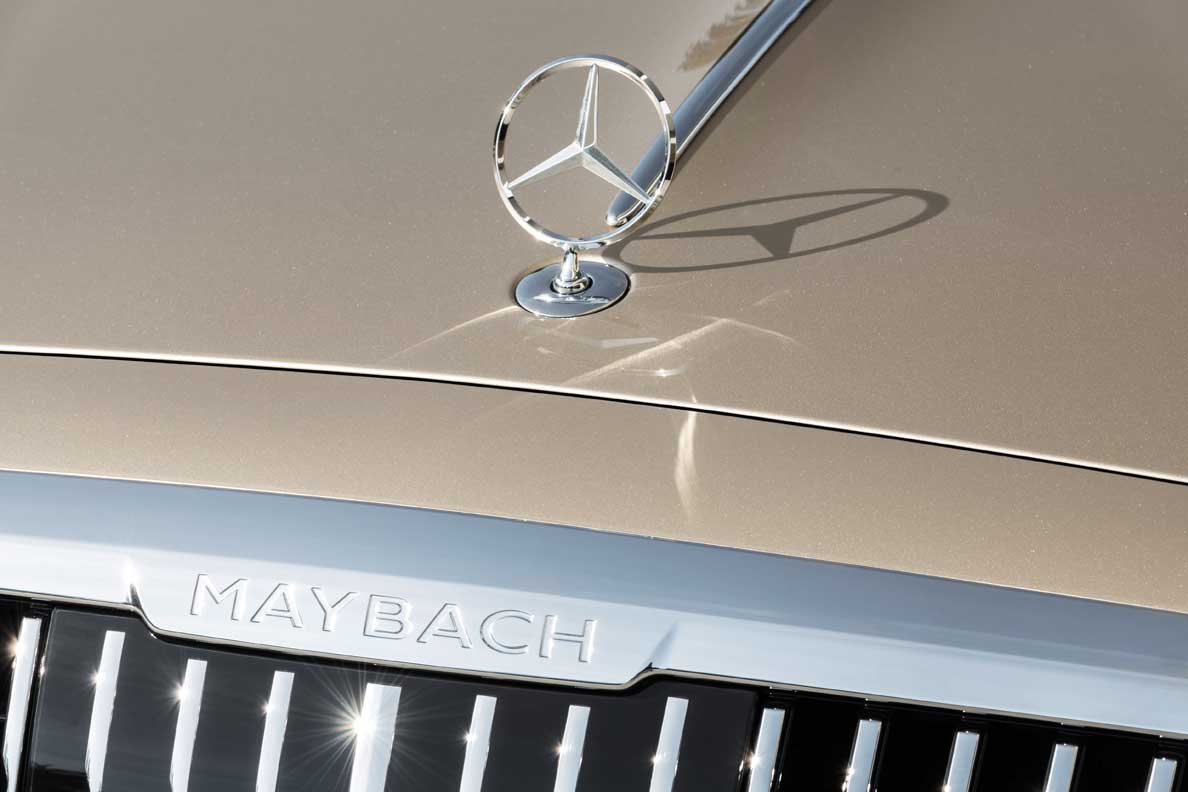 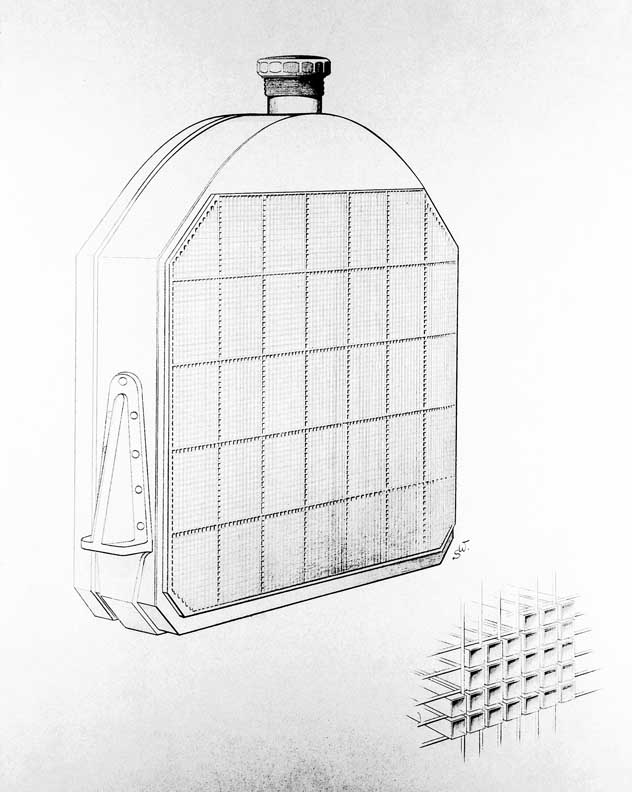 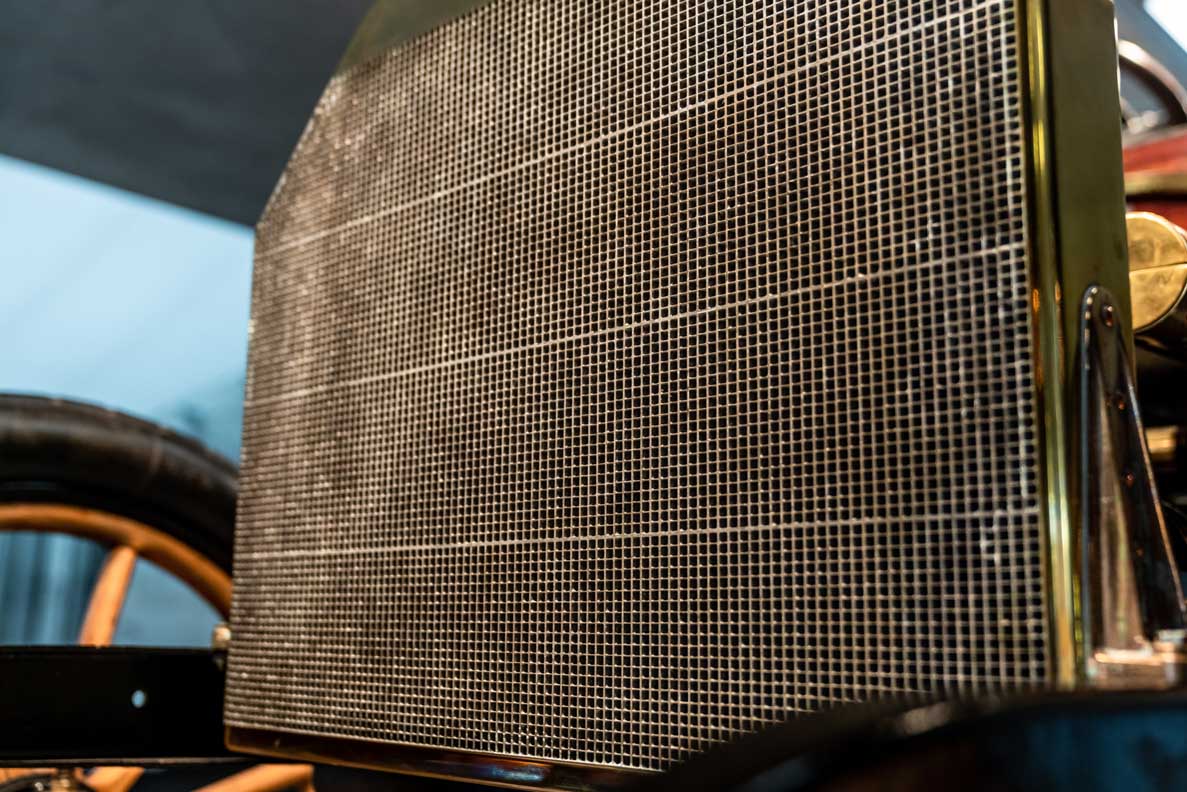 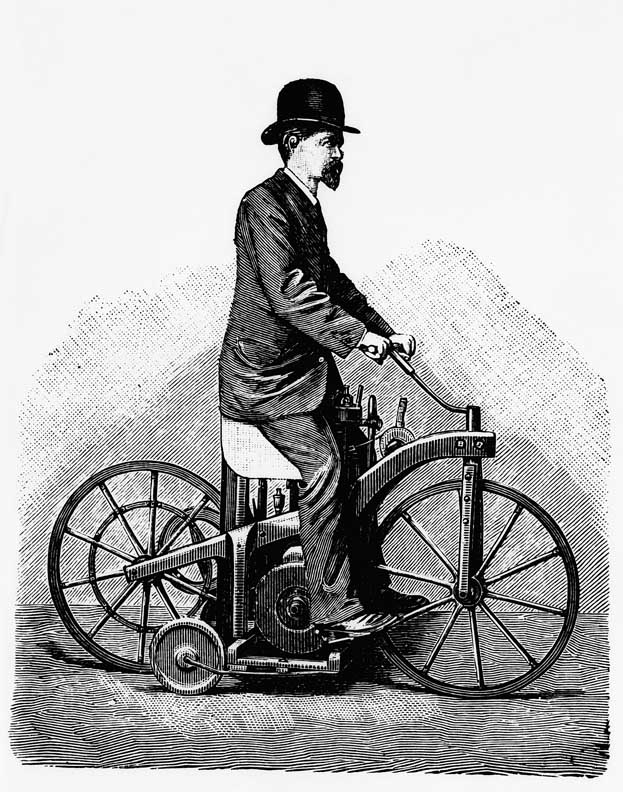 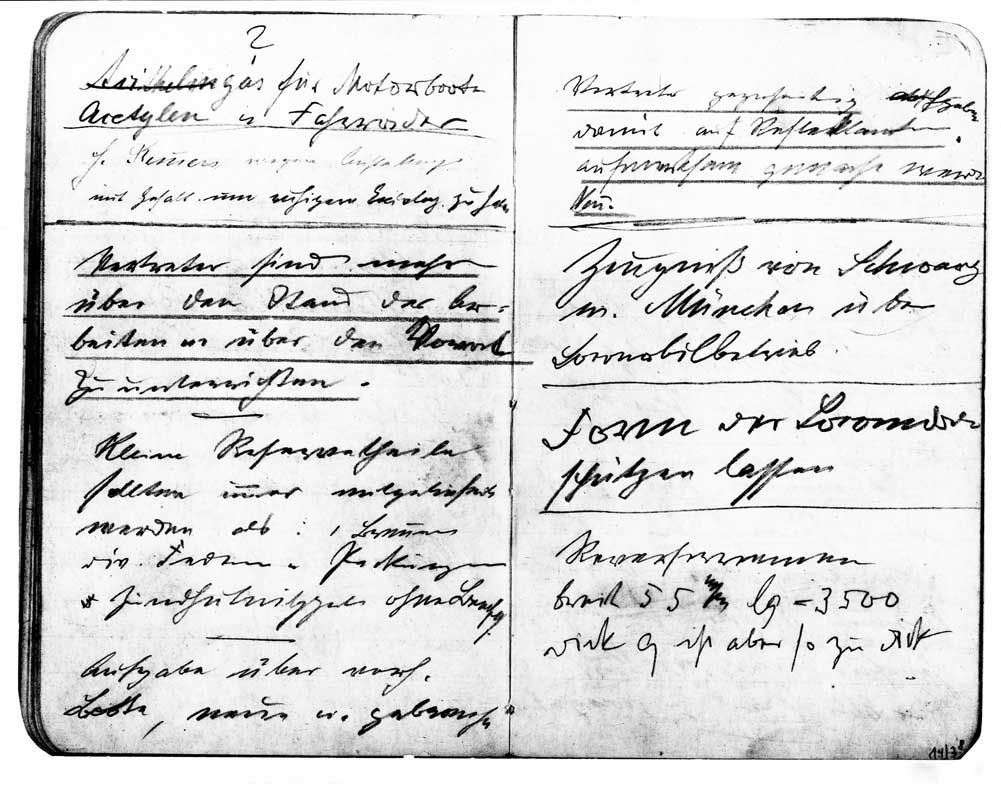 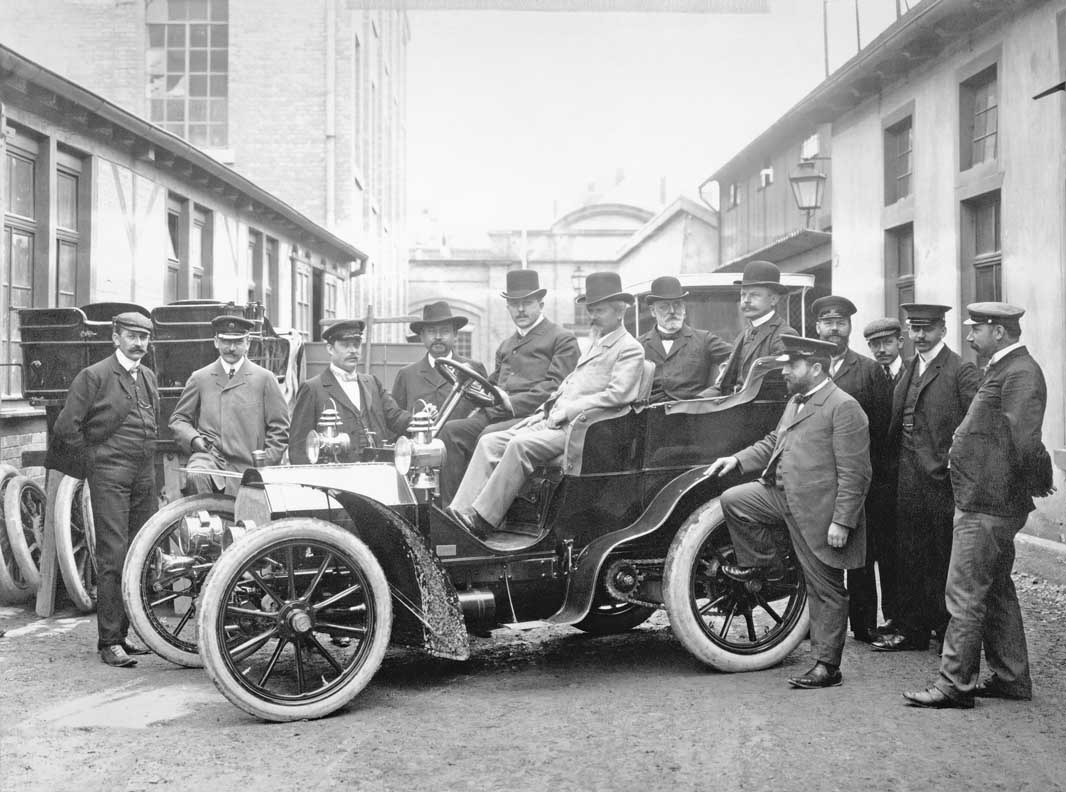 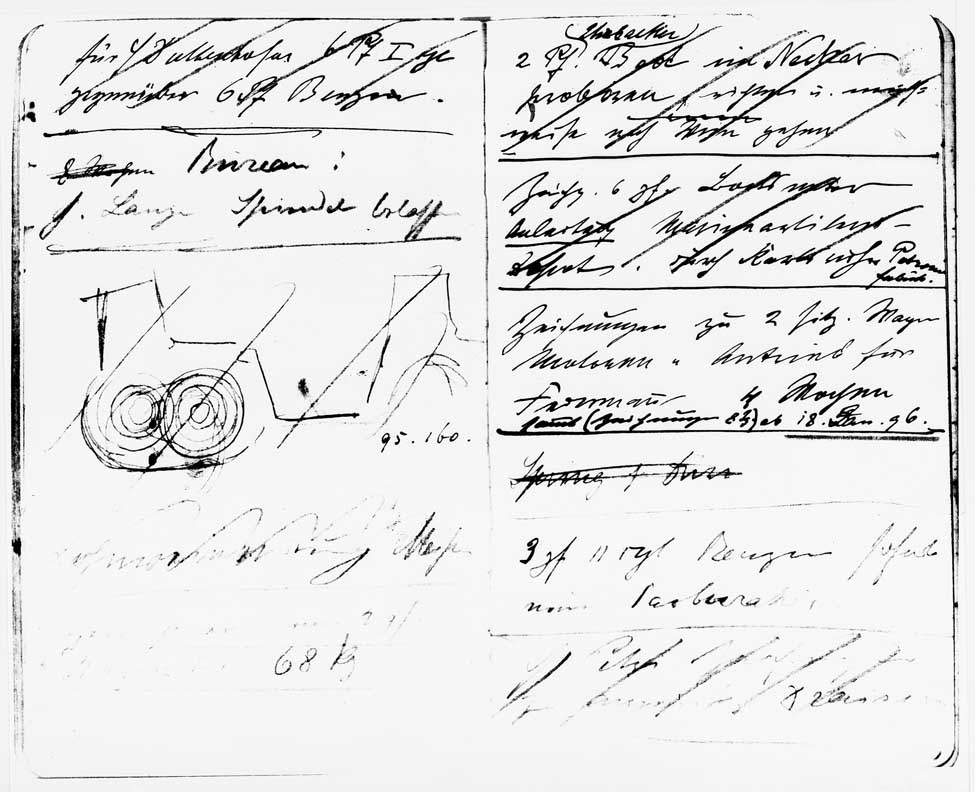 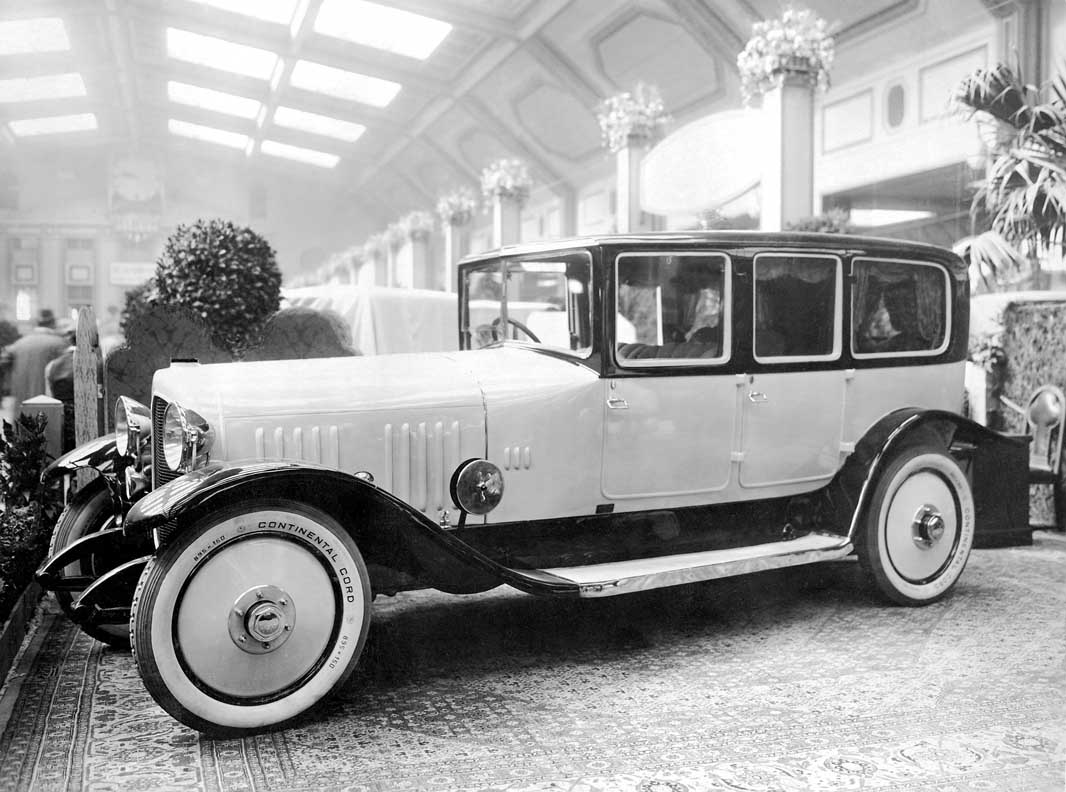 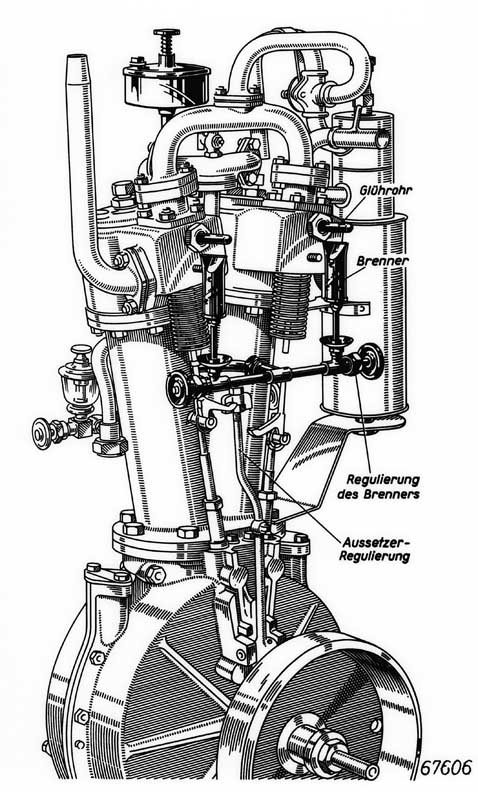