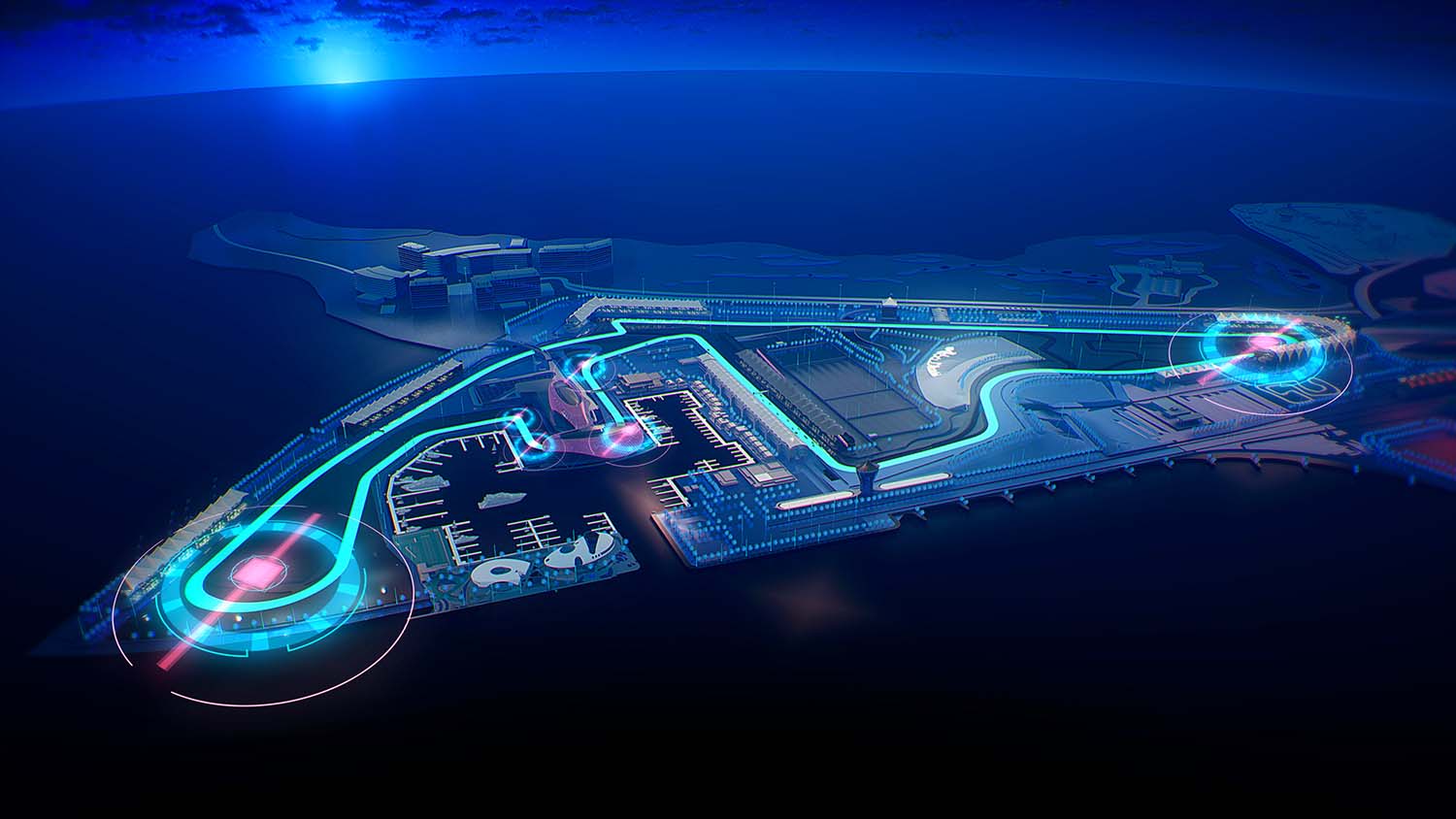 Abu Dhabi Motorsports Management today announces a track reconfiguration programme, scheduled to take place at Yas Marina Circuit over the summer months, which will enhance all motorsport events hosted at the venue for both drivers and spectators alike.

For the first time since Yas Marina Circuit opened, in 2009, a major restructuring of the track will take place in three areas – North Hairpin, South Marina and around the Hotel section – with significant enhancements due to be made.

Yas Marina Circuit has played host to the FORMULA 1 ETIHAD AIRWAYS ABU DHABI GRAND PRIX for the past 12 years, with the 13th instalment of the race scheduled to take place on Sunday December 12.

As one of the MENA region’s most iconic and popular sporting venues, thousands of local and international fans have passed through its gates to watch some of motorsport’s biggest names, including the likes of Lewis Hamilton, Fernando Alonso and Sebastian Vettel, compete against each other over the years.

The track changes  will feature modifications to three parts of the circuit, incorporating 12 corners in total, and one of the key enhancements will be increased opportunities for drivers to overtake, adding an exciting new element to the FORMULA 1 ETIHAD AIRWAYS ABU DHABI GRAND PRIX and all other motorsport events.

Saif Al Noaimi, Acting CEO, Abu Dhabi Motorsports Management, said: “As one of the MENA region’s leading sporting venues, Yas Marina Circuit will undergo significant work this summer, with a number of modifications made to the track in order to enhance the overall motorsport spectacle for both drivers and spectators.

“As a venue, we are continually identifying ways in which we can evolve, keep our product offerings fresh and retain the support of our loyal fanbase.

“This programme, which represents a hugely important chapter in the Yas Marina Circuit story, will involve work being carried out in three separate sections of the track, increasing the opportunity for drivers to overtake and amplifying the competitive nature of all motorsport events held at the venue.

“Work will take place over the summer, with completion expected well in advance of this year’s FORMULA 1 ETIHAD AIRWAYS ABU DHABI GRAND PRIX, and we look forward to showcasing our new-look track to motorsport fans both locally and internationally in the coming months.”

Ross Brawn, Managing Director, Motorsports at Formula 1® added: “As host of the Formula 1 season-finale since 2009, Yas Marina Circuit has established itself as one of the most popular venues for motorsport fans around the world to attend. We are fully supportive of the decision to make improvements to the track, with the aim of enhancing the overall motorsport experience across the board, including the Abu Dhabi Grand Prix, for both competitors and spectators. Given its position as the final race in the Formula 1 season, it is always a special date on the calendar, and with this year’s event set to be the first on the new-look track and the last race before we enter the new era of F1 in 2022, there is added incentive to look forward to the spectacle.”

Mohammed Ben Sulayem, EMSO President and FIA Vice President for Sport, said: “I welcome the imaginative reconfiguration of the Yas Marina Circuit, a racetrack that for so many years has been an example of the strong and collaborative relationship between the Abu Dhabi Motorsports Management and Emirates Motorsports Organization. The focus of the circuit is the continuing improvement of the standard of racing for F1®️, the pinnacle of motor sport. But the positive modification of the track will also allow other forms of national and international motor racing to excel and improve the level of spectacle for drivers and spectators, thus helping to attract new talent and new fans to motor sport, to Yas Marina Circuit and the whole region.”

Mark Hughes, Managing Director of Mrk1 Consulting, track design consultants: “We are working closely alongside Abu Dhabi Motorsports Management on the redesign of the track at Yas Marina Circuit, with a particular focus on three specific areas.

“Yas Marina Circuit is already one of the most modern and impressive Formula 1 tracks in the world, and these enhancements will ensure spectators in attendance are guaranteed to see a wealth of entertaining races across all motorsport disciplines moving forward.

“Everybody connected with Yas Marina Circuit, Formula 1 and the wider world of motorsport should be excited about the prospect of watching the world’s best drivers compete on the new-look track later this year.” Among the changes to be implemented, Turn 11 is set to  become a signature part of the track, while a widening of Turn 17 will improve overtaking opportunities.

Modifications to Turns 18 and 19 are designed to reduce tyre wear and improve the overall driving experience across all categories.

Changes to Turn 20, meanwhile, will create a full throttle corner, allowing cars to follow closer together with an entry speed of 253kph.

At the Hotel section, the new design will allow for closer racing which in turn should lead to additional overtaking opportunities, ensuring spectators at Yas Marina Circuit can look forward to plenty of high-speed, competitive action.

It’s not all about the professionals, though, with guests invited to visit Yas Marina Circuit for a last chance to drive the track in its current form, via Drive YAS and the last Car Track Days, up until Wednesday June 30. From July 1st onwards, DriveYAS on the North Handling circuit, with karting and ADNOC TrainYAS remaining in operation over the summer period while work is being carried out. Stay tuned to social channels @ymcofficial for regular updates.

As an additional layer to the story, an updated version of the track will be created for use on the Assetto Corsa platform, giving the YAS HEAT esports racing team an opportunity to compete against their rivals on the new-look circuit as part of the V 10 R-League.

Spectators wishing to attend the FORMULA 1 ETIHAD AIRWAYS ABU DHABI GRAND PRIX 2021, which takes place on December 9-12, can now look forward to a first-of-its-kind instalment of the race at Yas Marina Circuit, with drivers enjoying more license to overtake, and the modifications to the track providing additional opportunities for exciting high-speed battles.

Tickets for the event are now on sale and can be purchased via yasmarinacircuit.com 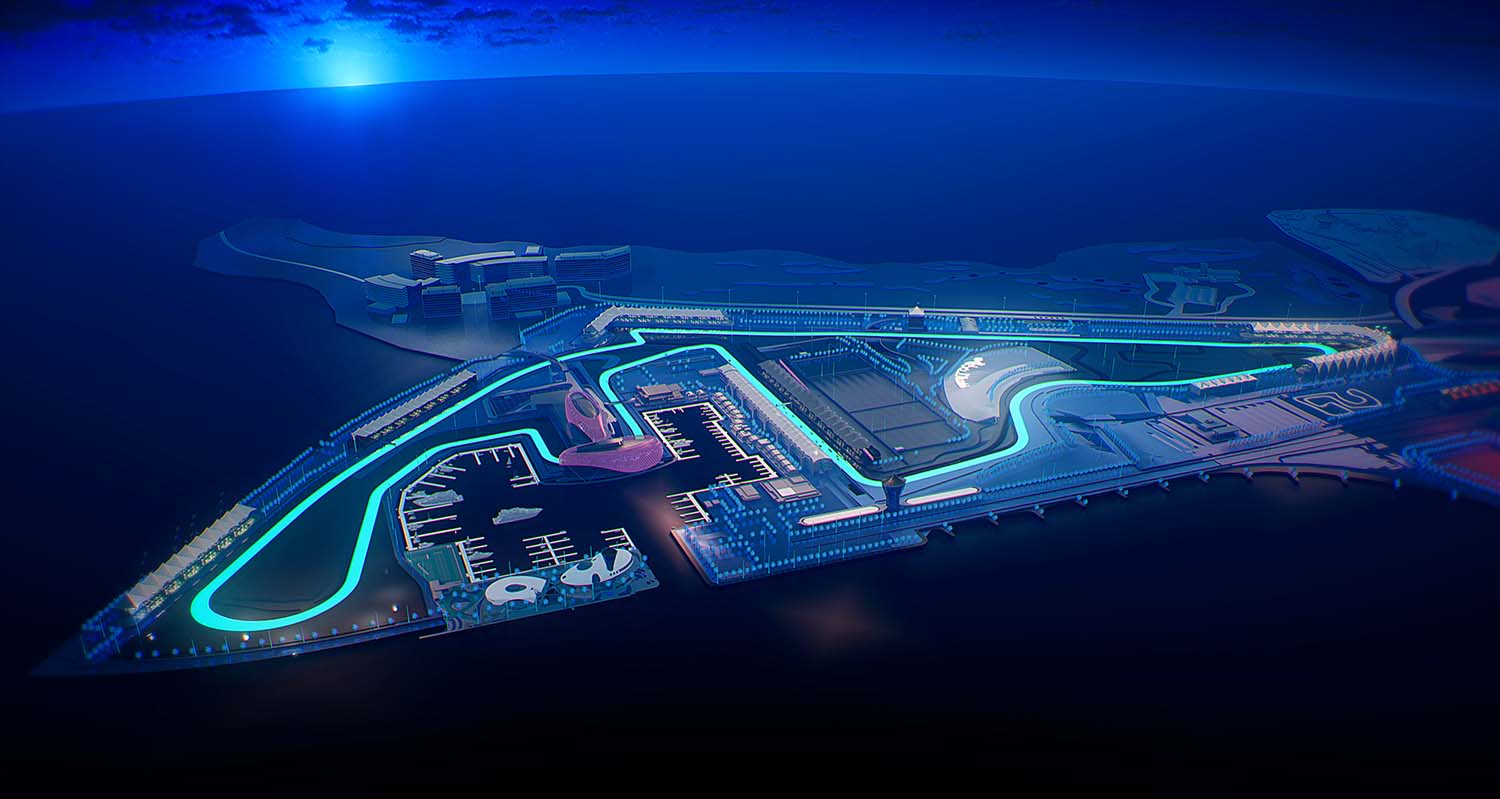