WRC- Tänak On Top In Portugal After Late Friday Drama 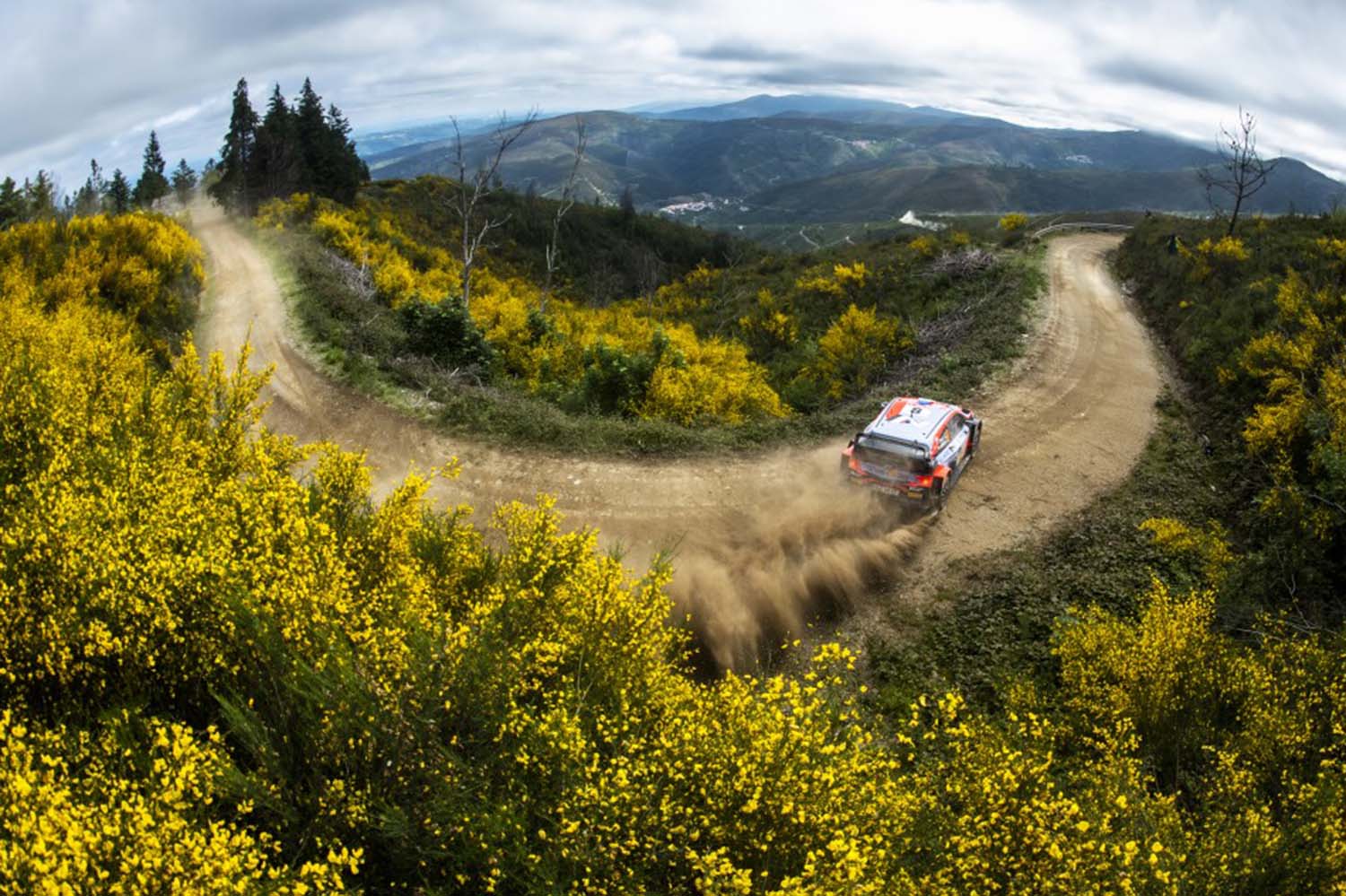 Hyundai driver Ott Tänak maintained his composure and erred on the side of caution when necessary to hold a lead of six seconds after eight special stages of the 54th Vodafone Rally of Portugal on Friday.

The three Hyundai i20 Coupés looked set to dominate the first leg. Dani Sordo led the rally from the end of stage two to the start of the seventh special, but tyre wear and a costly stall were expensive for the Spaniard and he slipped behind Tänak and Toyota’s Elfyn Evans before the final stage at Lousada.

Sordo erred on the side of caution on the final special as well and finished the leg nine seconds off the lead in third place.

The i20s had been the class of the field during the first loop, but Thierry Neuville was over ambitious with a pace-note in stage seven, slid wide, clouted a tree stump and lost over three and a half minutes coaxing the car to the stage finish. The crew worked in vain on the car on the road section, but had already plummeted from third to ninth when they were forced to retire from the day’s action.

Evans, Kalle Rovanperä and Takamoto Katsuta were locked in their own mini battle for fourth, fifth and sixth places for much of the day in a trio of Toyotas. They traded times until Evans made his move and Katsuta staked his climb on fourth place at the night halt. Rovanperä finished the day in sixth.

Starting first on the road was a distinct disadvantage for defending FIA World Champion Sébastien Ogier and he ceded time to his rivals throughout the day, despite winning the seventh stage. The Frenchman did manage to pass Adrien Fourmaux on the second loop of stages and moved up to sixth after Neuville’s issues and he displaced Rovanperä in SS7. But the fifth-placed Toyota Yaris driver still has his work cut out to make this trip to northern Portugal a fruitful one for his title aspirations.

Gus Greensmith showed impressive pace on three stages in particular in his M-Sport Ford Fiesta, but a time-consuming rear puncture ruined the Briton’s progress and he reached the night halt in seventh after passing Fourmaux when the Frenchman also collected a flat tyre.

A puncture ruined Mads Østberg’s ambitions in FIA WRC2 as well and the driver of the TRT World Rally Team-run Citroën C3 could only watch frustratingly as the flying Finns, Esapekka Lappi and Teemu Suninen, battled it out with Nikolay Gryazin for supremacy. The latter was the revelation on the opening day but his Movisport team-mate Lappi held on to take a 2.2-second lead into the night halt in his Volkswagen Polo GTi and held ninth overall. Suninen finished the day a further 7.6 seconds behind in his M-Sport Ford Fiesta Mk II.