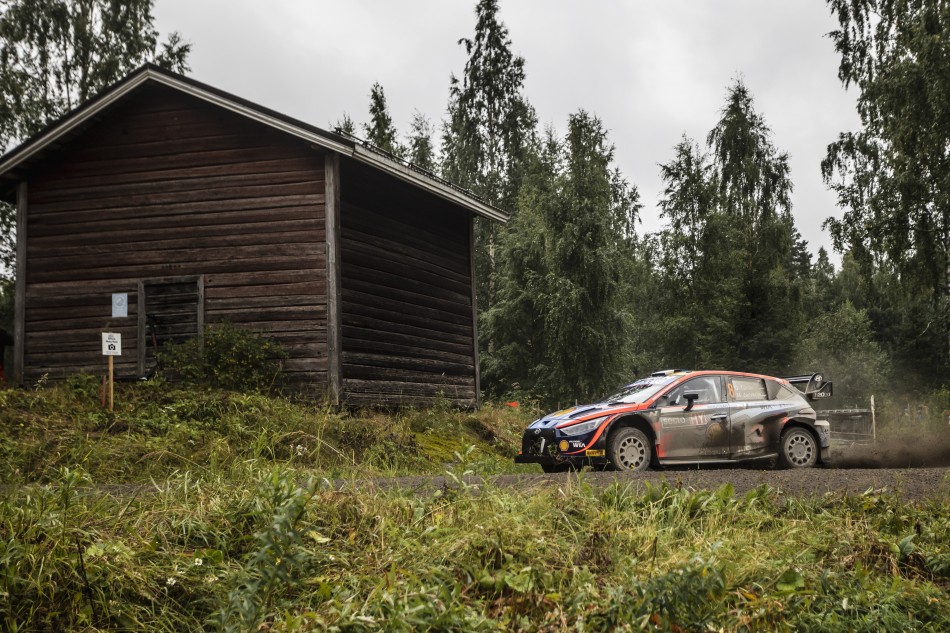 Patchy rain showers over the course of the loop resulted in changeable grip levels on the morning’s four superfast gravel speed tests, but i20 N pilot Tänak maintained his position to hold off a charging trio of Toyota GR Yaris cars.

The Estonian consistently outpaced closest challenger Esapekka Lappi and even won the brand-new Vekkula test. He returned to the mid-leg service 9.5sec clear at the top as Lappi’s focus switched to Kalle Rovanperä, who was only 3.4sec behind.

“We are doing all we can do,” admitted Tänak. “We are definitely trying.”

Championship leader Rovanperä was undoubtedly the star of the show. A master of inconsistent conditions, the 21-year-old trailed leader Tänak by 21.0sec overnight but sliced that deficit to 12.9sec by Saturday lunchtime with a brace of stage wins.

He leapfrogged team-mate Elfyn Evans in the second stage to seize third overall, finishing the loop 5.0sec in front of the Welshman despite a high-speed moment in the final test when his Toyota briefly skittered off the road.

“We are lucky to be here,” Rovanperä grinned. “We had one pace note a bit too fast and we were completely off the road!”

Although over a minute back from Evans, it was a positive morning for Thierry Neuville. The Belgian driver trialled new differentials on his Hyundai and climbed to fifth overall, ending 5.2sec clear of Takamoto Katsuta, who spun in Rapsula 1.

Both drivers gained a position when M-Sport Ford driver Craig Breen retired in SS12. The Irishman got off-line over a high-speed jump and clouted a rock which ripped a rear wheel from his Puma while in mid-air.

Jari Huttunen is down in 16th overall and nursed his Puma through the final two stages with an intermittent power steering fault.

The loop will be repeated once more this afternoon following a visit to the service park in Jyväskylä.