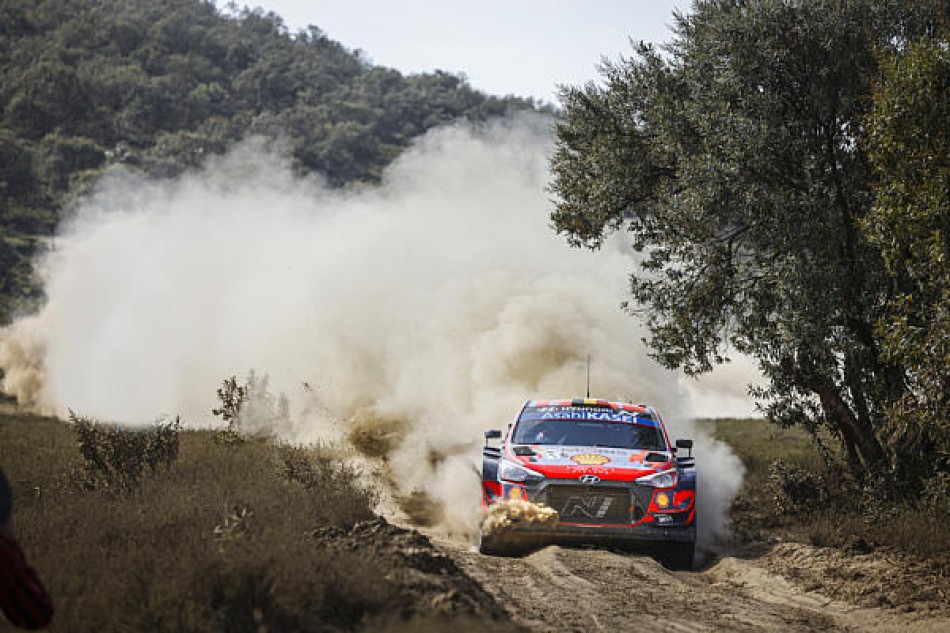 On a day when the African classic appeared to be showing its more benign side after Friday’s brutal opening leg, Neuville increased his advantage over Takamoto Katsuta to 57.4sec.

He has led this sixth round of the season for most of the way in a Hyundai i20. After winning the first of six fast and smooth speed tests around Lake Elmenteita today, he was happy to measure his pace and keep a watchful eye on those behind.

But a sudden downpour in the closing 31.04km Sleeping Warrior caused chaos. The dry and dusty roads quickly turned to mud and the hard compound tyres carried by all offered minimal grip in conditions akin to ice.

Neuville fared well in comparison to Katsuta, who skated off the road and conceded more than 20sec to his rival.

Katsuta is fighting for his first WRC podium in a Toyota Yaris and came under increasing pressure from Ott Tänak. The Japanese pilot watched his 37.0sec advantage at the start of the day whittled down by the persistent Estonian.

But it all went wrong for Tänak in Sleeping Warrior. Caught in the storm, his Hyundai i20’s windscreen misted up and he stopped to wipe it clear. He dropped more than a minute to Katsuta and instead of challenging for second, Tänak found himself relegated to fourth.

Championship leader Sébastien Ogier was in recovery mode after Friday’s suspension troubles. The Frenchman won three stages but his biggest break came in the final stage. He steered a cautious path in the rain to climb to third, just 18.1sec behind Katsuta.

Ford Fiesta duo Gus Greensmith and Adrien Fourmaux consolidated fifth and sixth. Fourmaux survived a spectacular two-wheeled moment in the penultimate test while Greensmith was another to slide off in the rain. They were split by 12.0sec.

Kalle Rovanperä was a lonely seventh in his Yaris. The Finn was more than eight minutes adrift of Fourmaux and nearly 15 minutes clear of FIA WRC3 leader Onkar Rai from Kenya. Fellow support category drivers Karan Patel and Carl Tundo completed the leaderboard.
Toyota’s Elfyn Evans and Hyundai’s Dani Sordo climbed the order after retiring on Friday. They are 12th and 13th, Sordo winning the last stage after a dry run before the rain arrived.

Sunday’s finale spans the north and south of Lake Naivasha. Two loops of the forested Loldia and Hell’s Gate tests sandwich the rocky Malewa. The second pass of Hell’s Gate forms the bonus points-paying Wolf Power Stage. The survivors return to Naivasha for the afternoon finish.