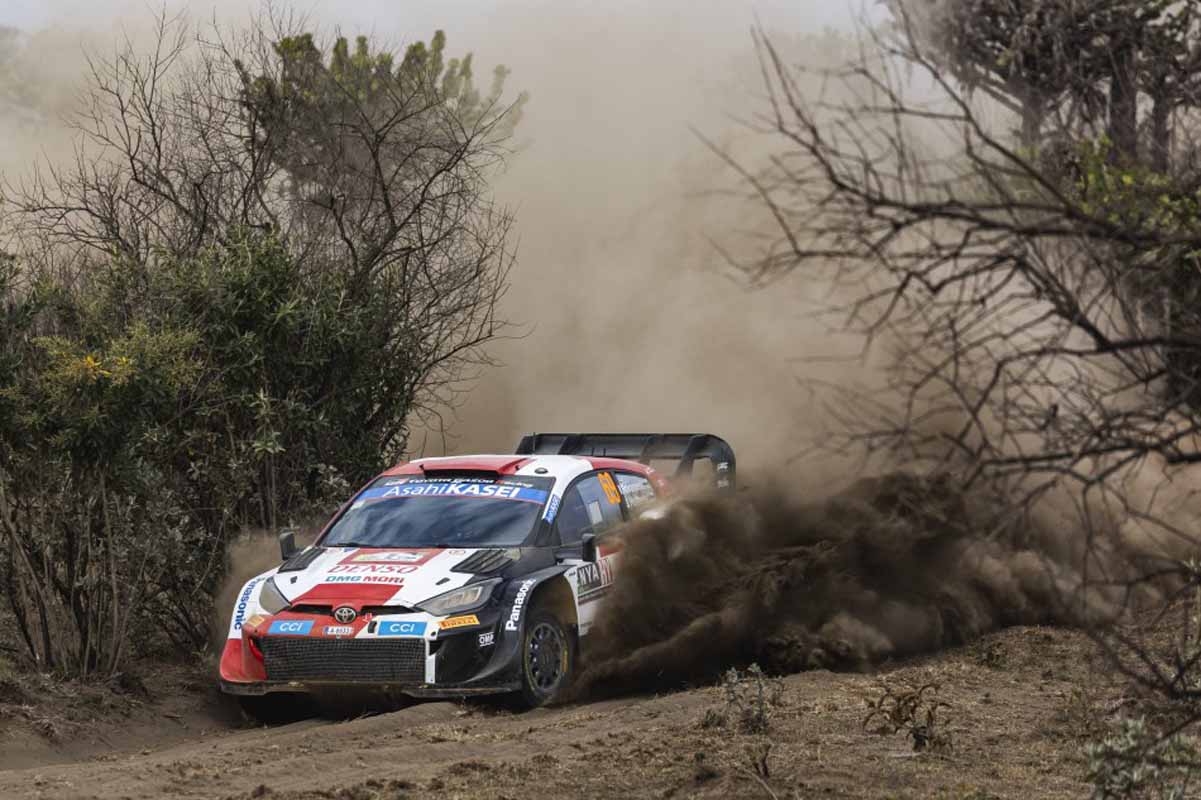 Amid stunning scenery and on smoother and faster roads around Lake Elmenteita, the FIA World Rally Championship leader adopted a mature approach to consolidate his position as GR Yaris team-mates Elfyn Evans and Takamoto Katsuta completed the leading trio.

Rovanperä was third-fastest on the opening Soysambu test and set a similar pace with his colleagues to place sixth at Elmeinteita. When several drivers hit trouble in the 31.04km Sleeping Warrior blast, the Finn emerged completely harm-free.

It was a less frantic morning all round after yesterday’s carnage which sidelined several frontrunners, but still far from easy.

The 21-year-old carries a 19.4sec buffer into the afternoon, when the 75km loop will be repeated after service.

“The feeling is quite good,” said Rovanperä. “It’s always a bit scary on these rough sections when you are trying to avoid all the rocks.

“Of course, we still need to carry quite a lot of pace because all the guys are going quite fast, so it’s not so easy.

“I think we need to go with the same pace this afternoon. Let’s see how the conditions are and how rough it is, but we will just try to survive without any issues,” he added.

Evans was Rovanperä’s closest challenger and moved into the runners-up spot on the first stage when Katsuta had a misunderstanding with his pace notes. Both drivers suffered rock-induced punctures on the final stage, but time loss was minimal and 20.5sec separated them at the halt.

In fourth overall was Thierry Neuville. The Belgian produced one of the drives of the morning and grabbed two stage wins with his Hyundai i20 N, moving up the order when team-mate Ott Tänak pulled over in SS10 with a suspected broken propshaft.

Neuville’s loop wasn’t without its dramas. He struggled with limited visibility after clipping a tree branch which cracked the car’s windscreen on the opener and also suffered a soft rear tyre at Sleeping Warrior.

“It wasn’t great, but it was possible to drive,” he admitted. “It was hard to see some of the corners, especially in the big braking points, but somehow we managed to have a trouble-free run and get a bit closer to our rivals.“ 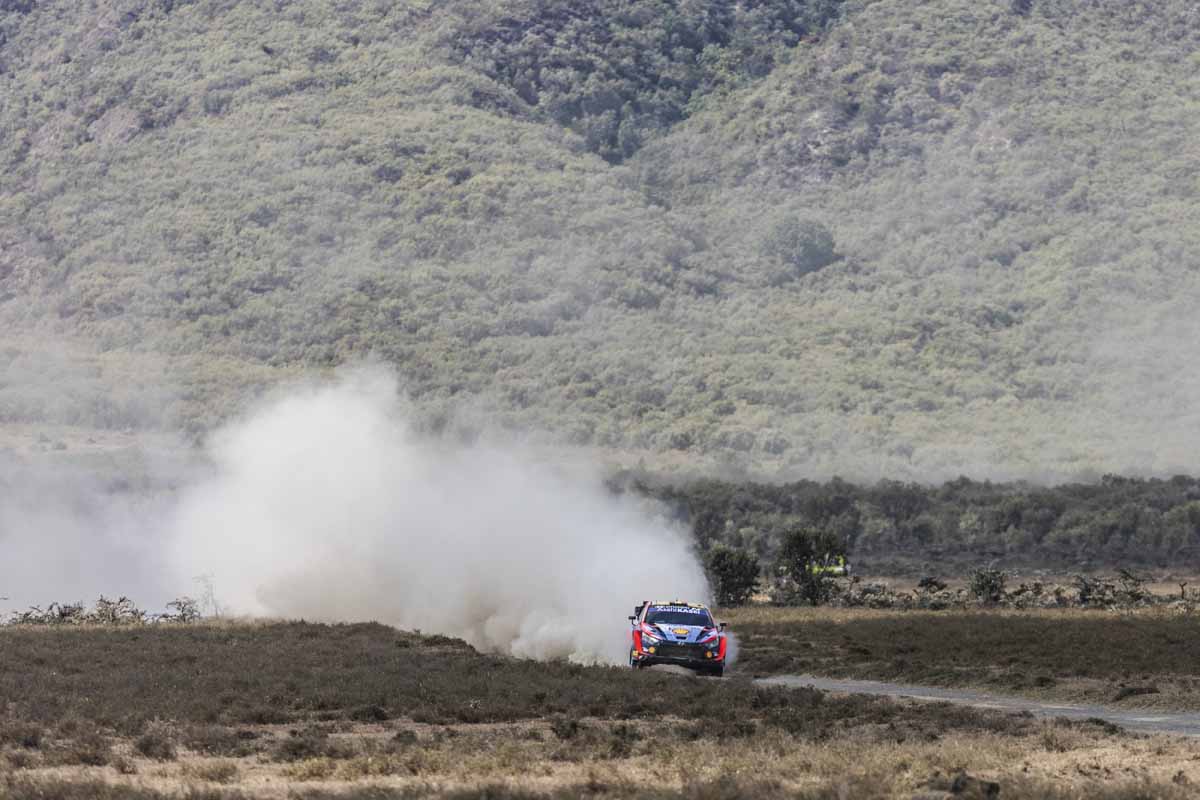 Sébastien Ogier was a lonely fifth and trailed Neuville by 1min 33sec in another Yaris car. The eight-time world champion has vowed to take a steady approach after his victory hopes evaporated following a wheel change on Friday afternoon.

Oliver Solberg was over six minutes down on Ogier and incurred 1min 10sec in time penalties after stopping to repair his Hyundai’s bent suspension on the road section after SS8.

Gus Greensmith called it a day with cooling management issues inflicted when he rolled his M-Sport Ford Puma on the first stage.

His demise left Craig Breen as the team’s leading driver in seventh overall, although Breen also dropped time stuck behind Puma twin Adrien Fourmaux – who had stopped to change a wheel in SS9. Fourmaux later joined Greensmith on the retirements list with rear suspension damage. 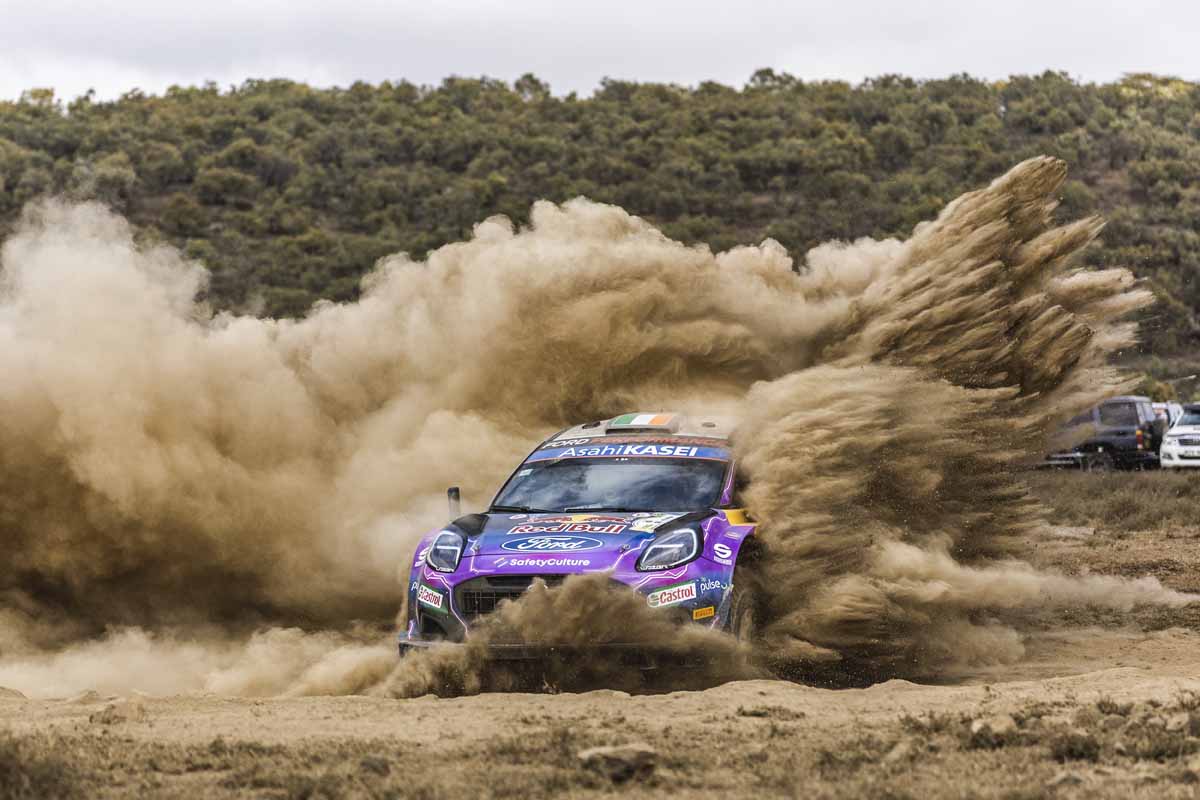 Maxine Wahome, the only female driver in the event, leads the FIA WRC3 class ahead of McRae Kimathi, who is almost twenty minutes behind, and Hamza Anwar. All three crews compete in Ford Fiesta Rally3.