WRC- Ogier In Control Ahead Of Evans At Monza Title Showdown 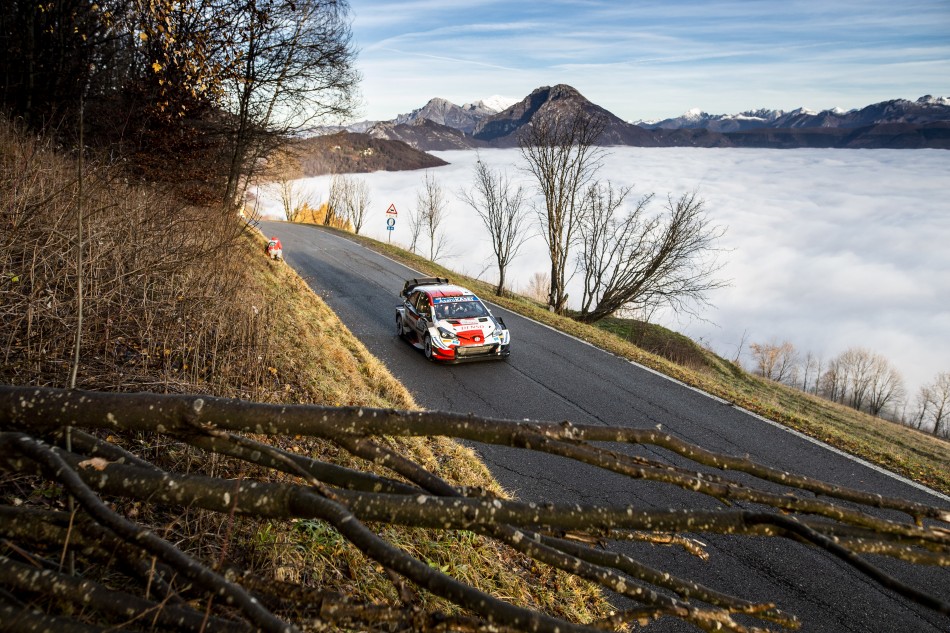 The Frenchman is chasing his eighth crown in nine seasons and emerged from the Bergamasque mountains with a 6.5sec advantage over his Toyota Yaris World Rally Car team-mate.

The pair shared the spoils through the foggy and slippery Gerosa and Costa Valle Imagna tests before Ogier, who has a 17-point lead ahead of this final round, won both repeat runs.

It wasn’t all plain-sailing for Ogier whose car was pitched onto two wheels in the final stage after clipping a kerb on the inside of a tight hairpin.

Evans reeled off three second fastest times to add to his stage win, but the Welshman needs more if he is to halt Ogier.

The title protagonists had distanced the rest of the field as the rally returned to Monza for service. A frustrated Thierry Neuville headed the best of the rest, 27.2sec adrift of Ogier in his Hyundai i20.

The Belgian was one of only two top-level drivers to carry two spare wheels and believed the extra weight affected his car’s handling on the slippery sections.

The second pass through Costa Valle Imagna was halted after a handful of cars due to a medical emergency. Drivers who were slowed or did not attempt the test are expected to be awarded notional times, so placings and times below the top three remain provisional after three stages.

Dani Sordo was 2.5sec behind Neuville in another i20 and complaining of understeer but he had 10.8sec in hand over Oliver Solberg. The young Swede had a narrow escape in the second pass of Gerosa, but was settling in well with new co-driver Elliott Edmondson.

Gus Greensmith was sixth in M-Sport Ford’s Fiesta, climbing a place when team-mate Adrien Fourmaux rolled into retirement after drifting wide in a left corner and hitting a wall.

Takamoto Katsuta and i20 debutant Teemu Suninen were hot on Greensmith’s heels in seventh and eighth. A cautious Kalle Rovanperä was ninth, the Toyota Gazoo Racing man with a wary eye on his team’s manufacturers’ title bid in case of problems for Ogier and Evans ahead.