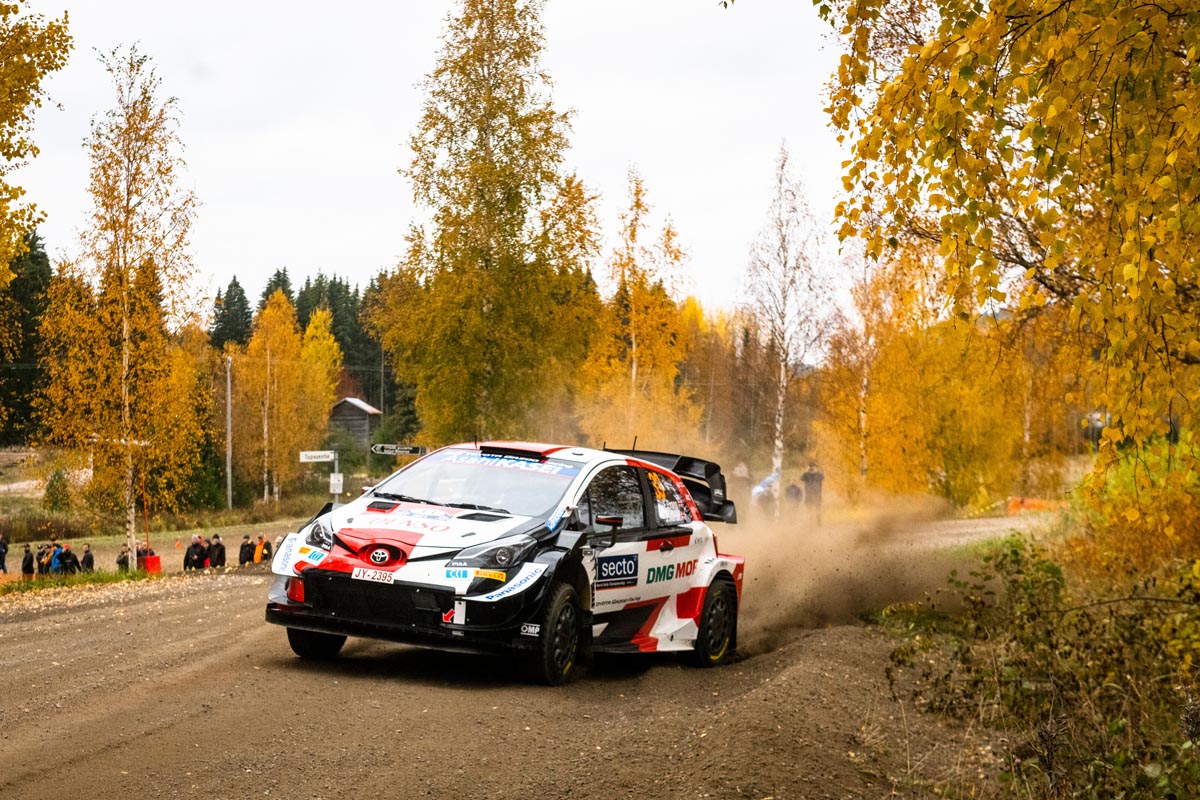 Elfyn Evans swept aside his rivals with a masterful morning attack on Saturday to take control of Secto Rally Finland.

He was fastest on all four speed tests in the autumnal Finnish forests to soar from third to first in his Toyota Yaris, leaving Hyundai i20 duo Craig Breen and Ott Tänak trailing in his wake.

Tänak retaliated this afternoon to claim three stage successes of his own before Evans added another fastest time. They shared the spoils in the final test and Evans drove into the overnight halt with a 9.1sec lead in this 10th round of the FIA World Rally Championship.

Victory here is essential for Evans to preserve his hopes of a maiden world title. Although he confessed to a few small errors, he was delighted with his performance on a demanding day which contained more than half the rally’s competitive distance.

Tänak had no answer to the Welshman this morning but set-up changes to his i20 at the mid-leg service transformed his feeling in the car and sparked his afternoon recovery.

Breen started the day in the lead but the Irishman was unable to match the pace of his rivals. After yielding top spot to Evans in this morning’s second stage, he dropped behind Tänak in the afternoon’s opener and ended the day 19.5sec off the lead.

Esapekka Lappi retained fourth in his private Yaris. The Finn was 6.7sec off the lead after yesterday’s opening skirmishes but ended the penultimate leg 25.3sec adrift of Breen.

Kalle Rovanperä was also in the victory battle on Friday night. He relegated Lappi from fourth in Saturday’s opening test, but that mattered little three stages later when the Finn drifted wide before smashing into an earth pile and retiring with frontal damage to his Yaris.

Championship leader Sébastien Ogier was fifth, a further 38.9sec back. The Frenchman remained at odds with his Yaris all morning before set-up changes raised his confidence levels and sparked improved times this afternoon.

His hopes were helped by Thierry Neuville’s demise. The Belgian extended his advantage over Ogier before retiring in the final forest stage when the light pod on his i20 broke free from its mountings in a compression, sending his engine’s water temperature soaring.

Takamoto Katsuta retired from eighth in this morning’s Päijälä when he landed awkwardly after a jump and an impact launched his Toyota Yaris into the undergrowth. With the right rear suspension broken, the Japanese driver went no further.

The provisional results can be viewed here. 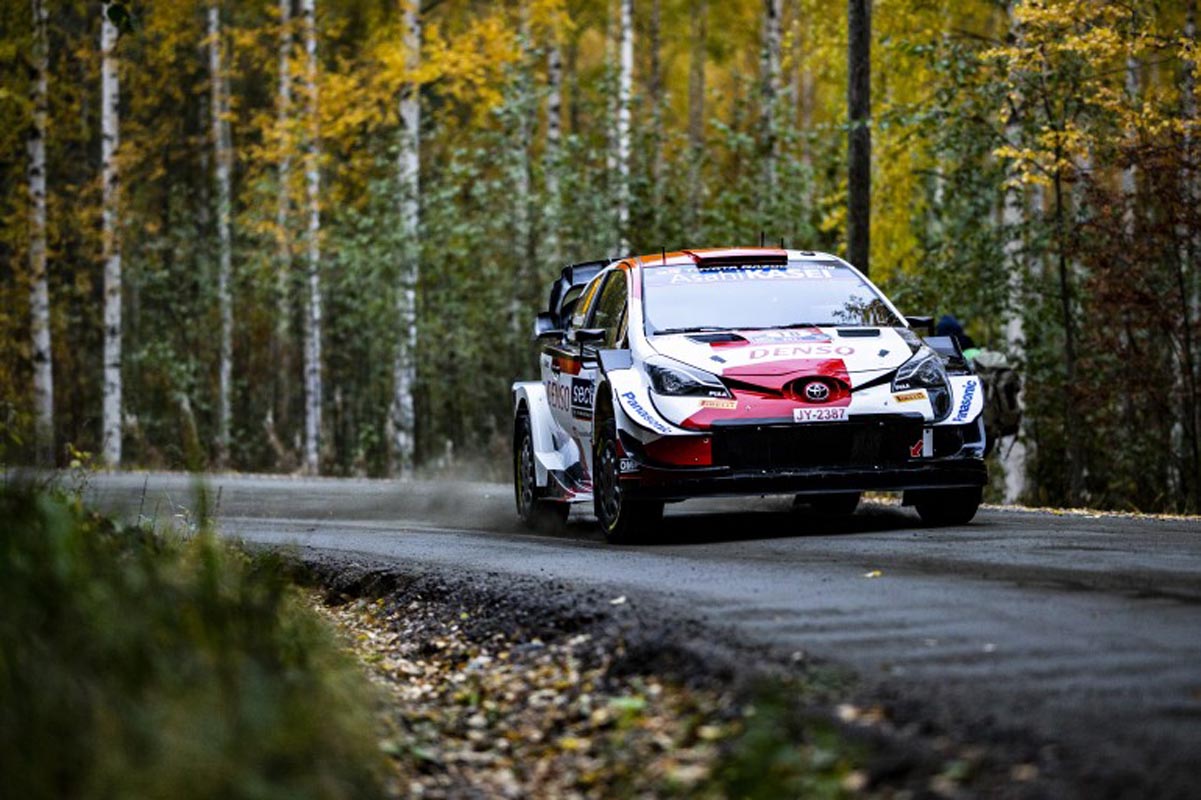 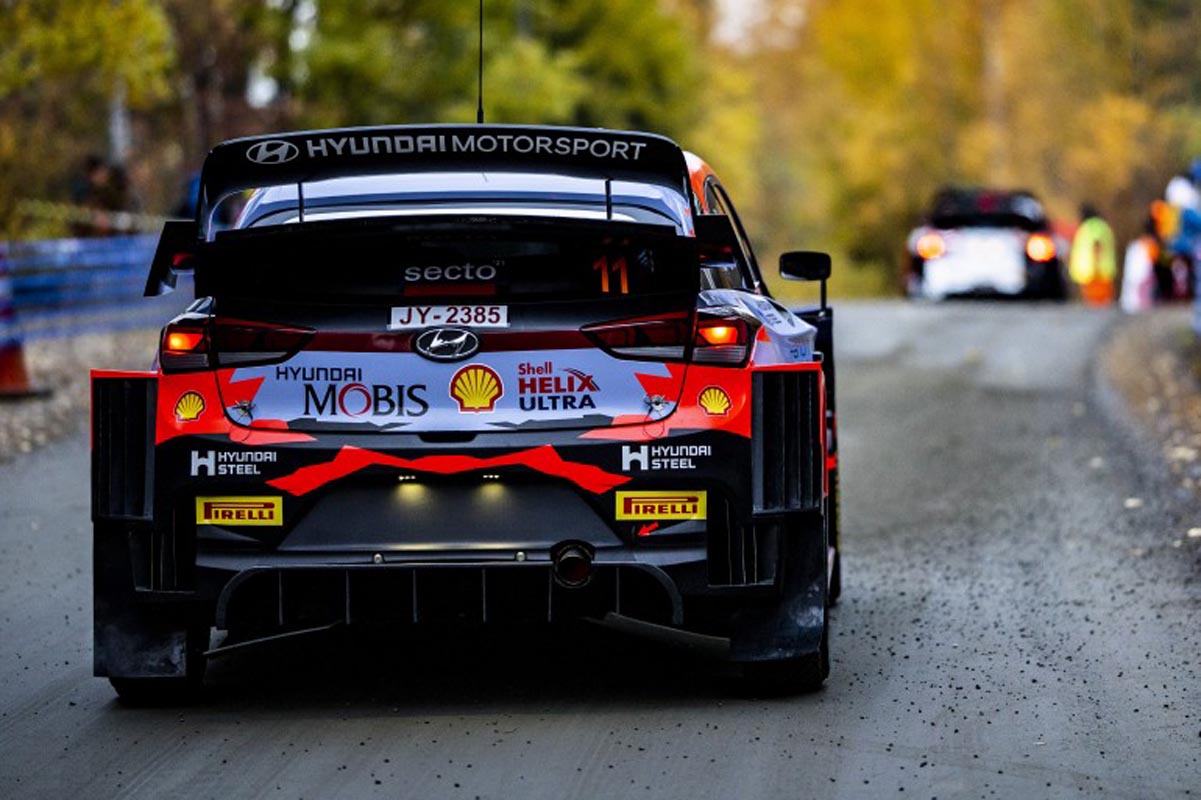 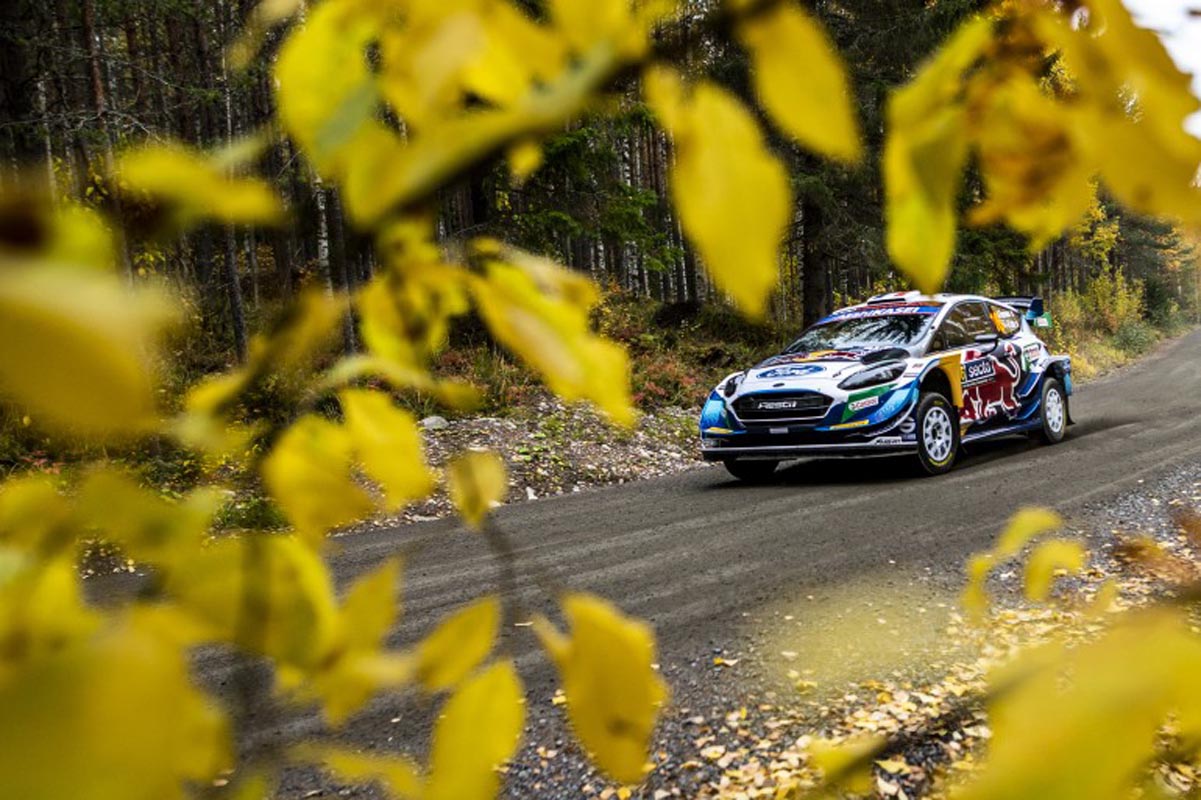 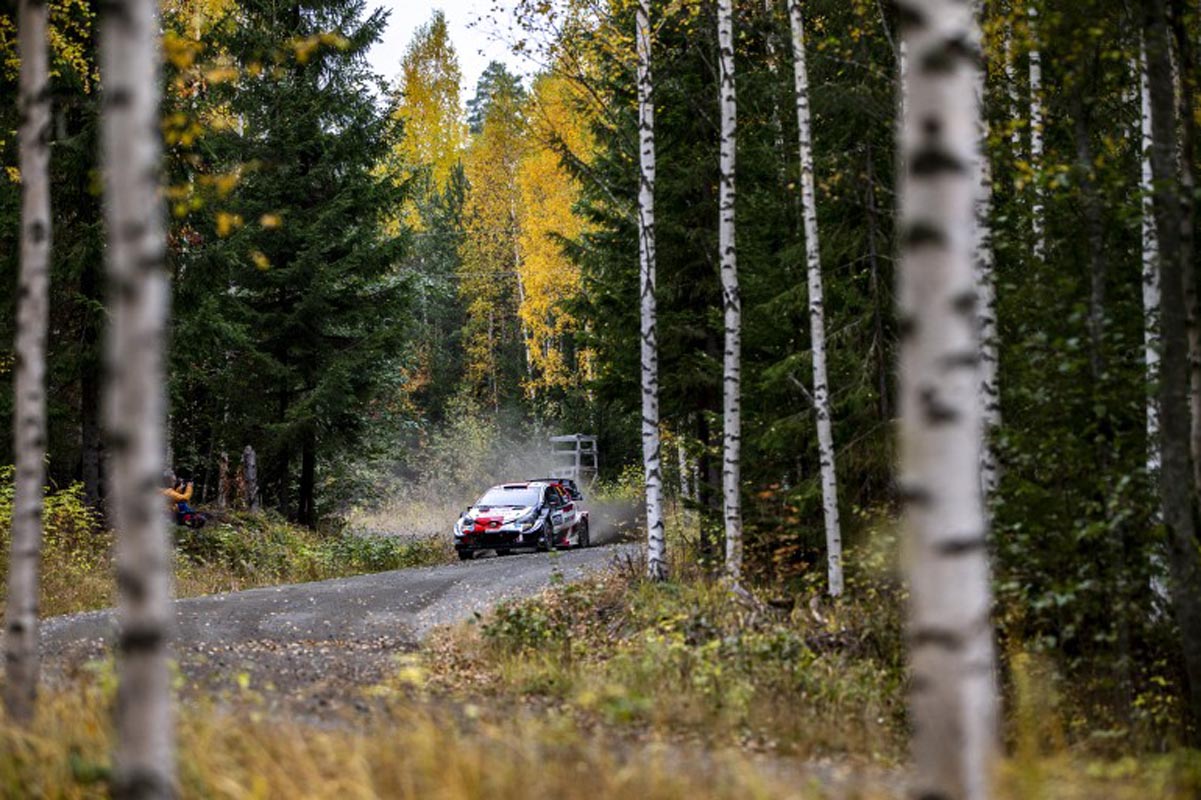 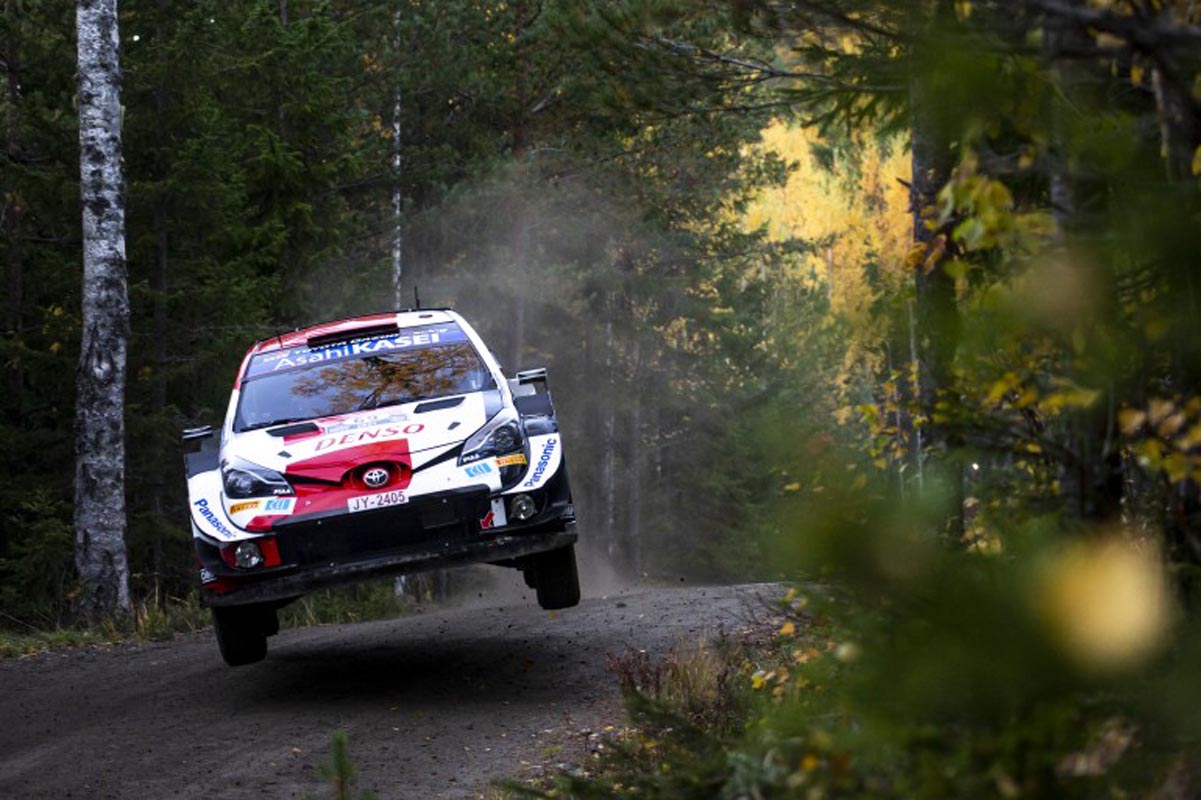 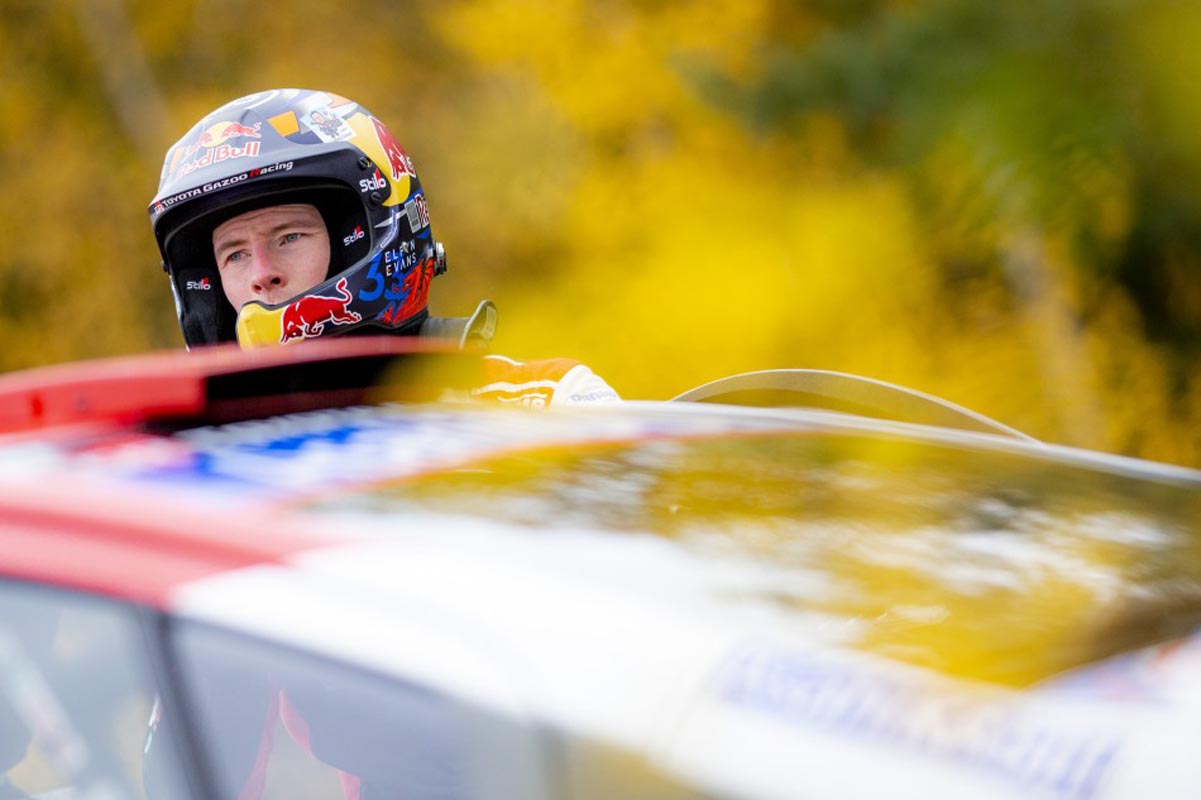 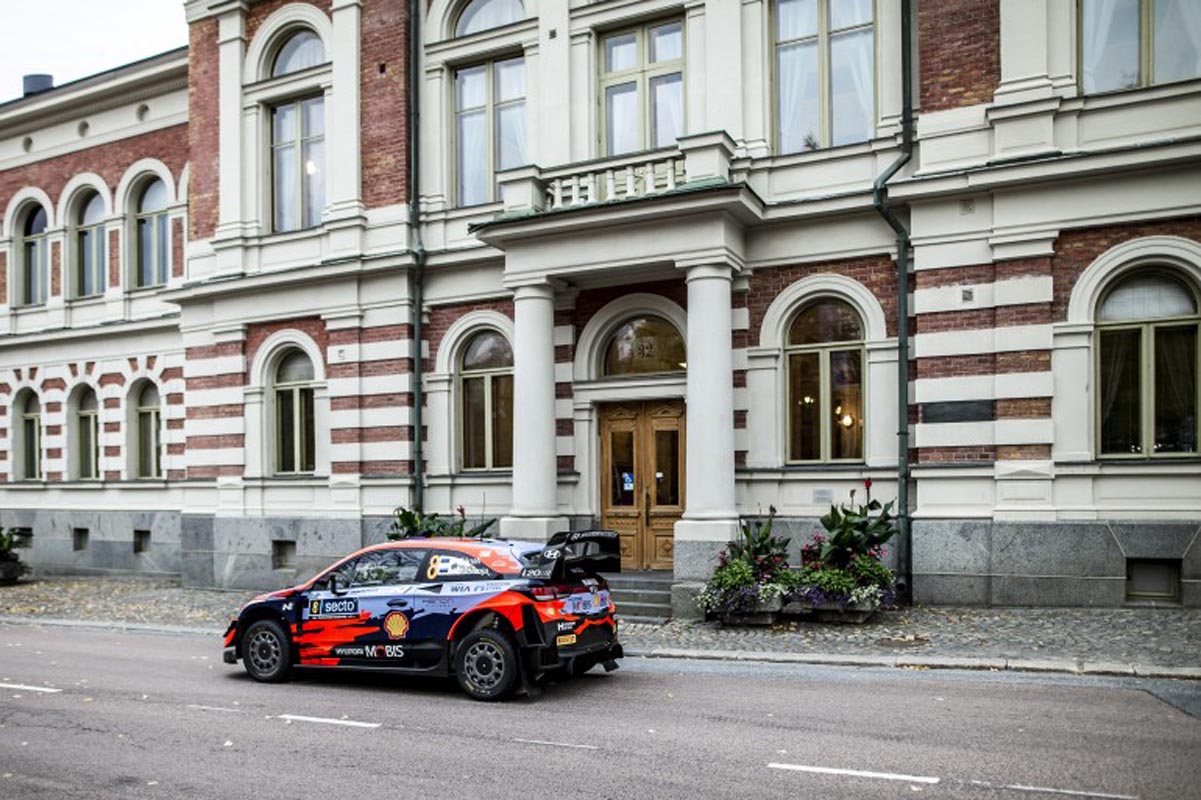 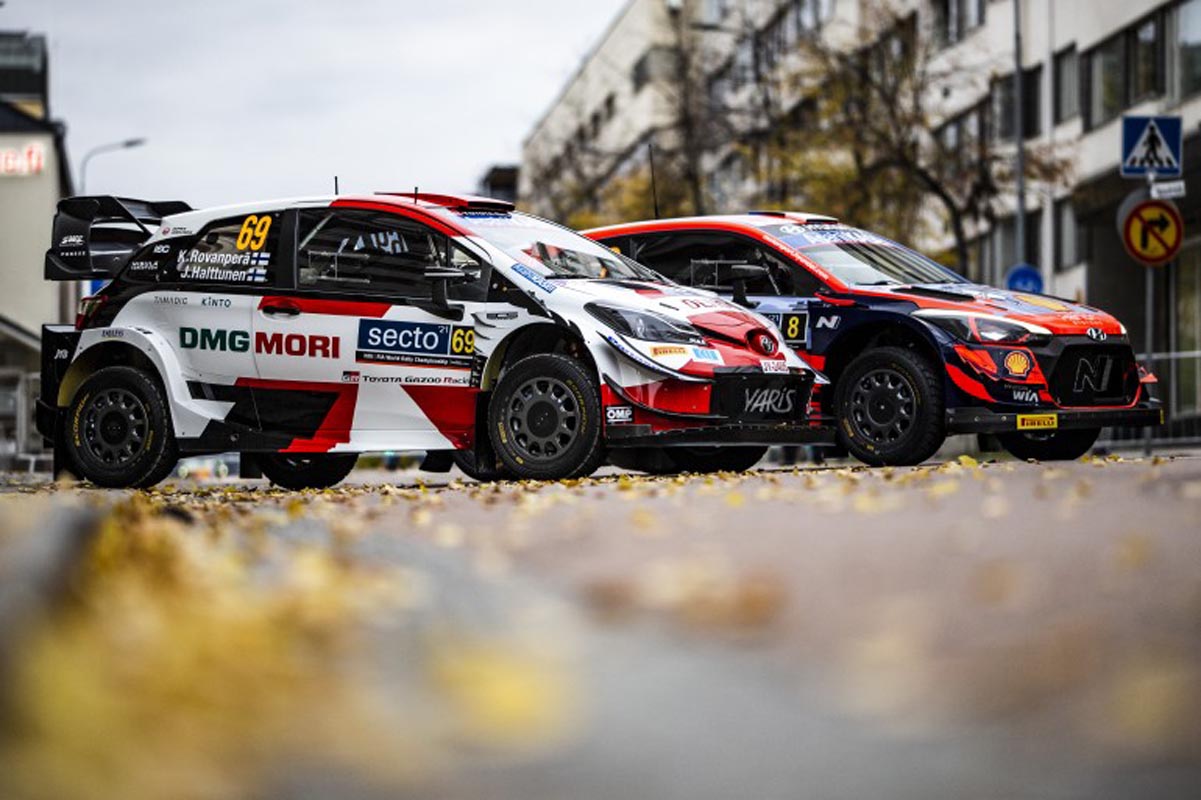 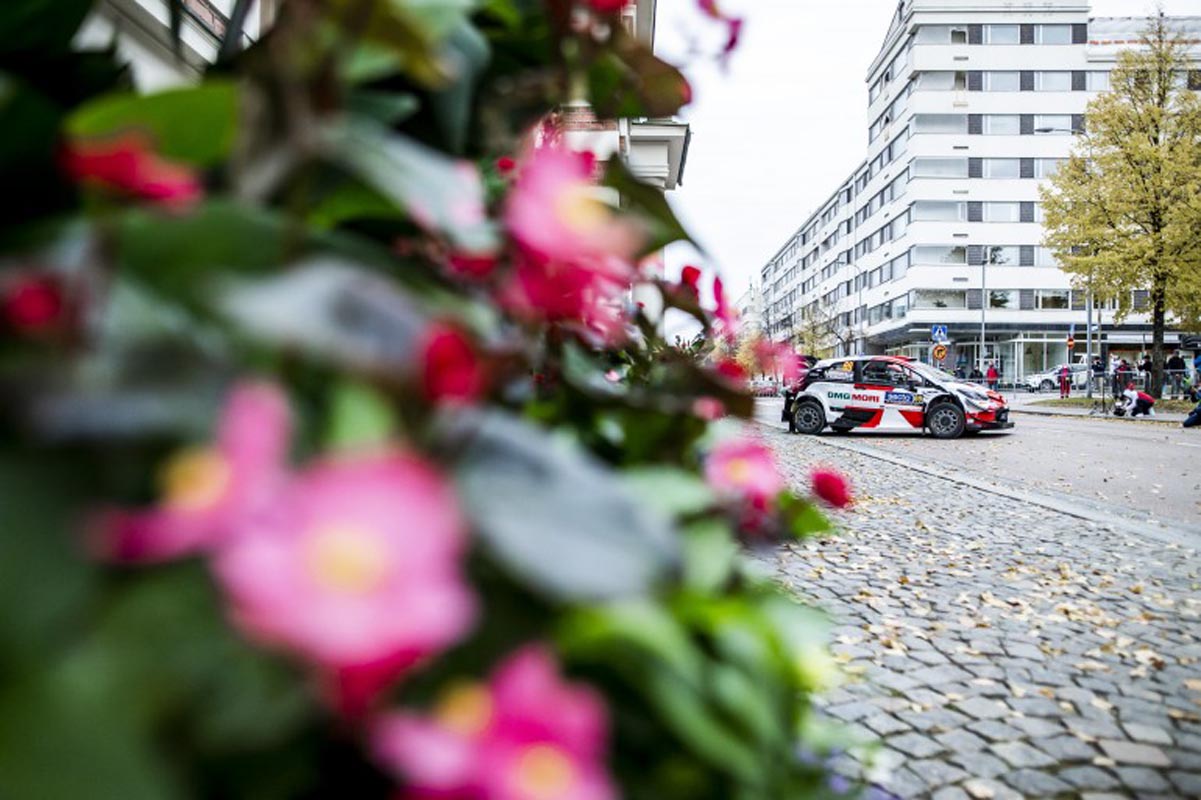 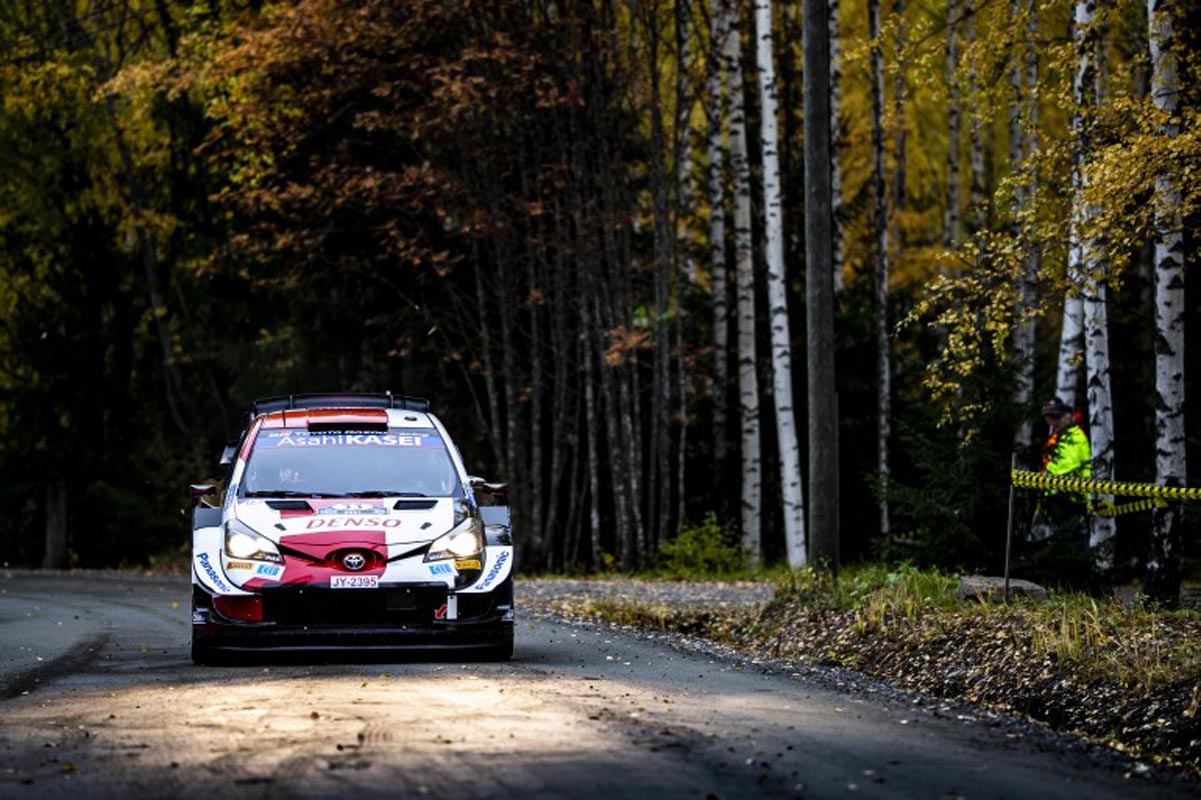