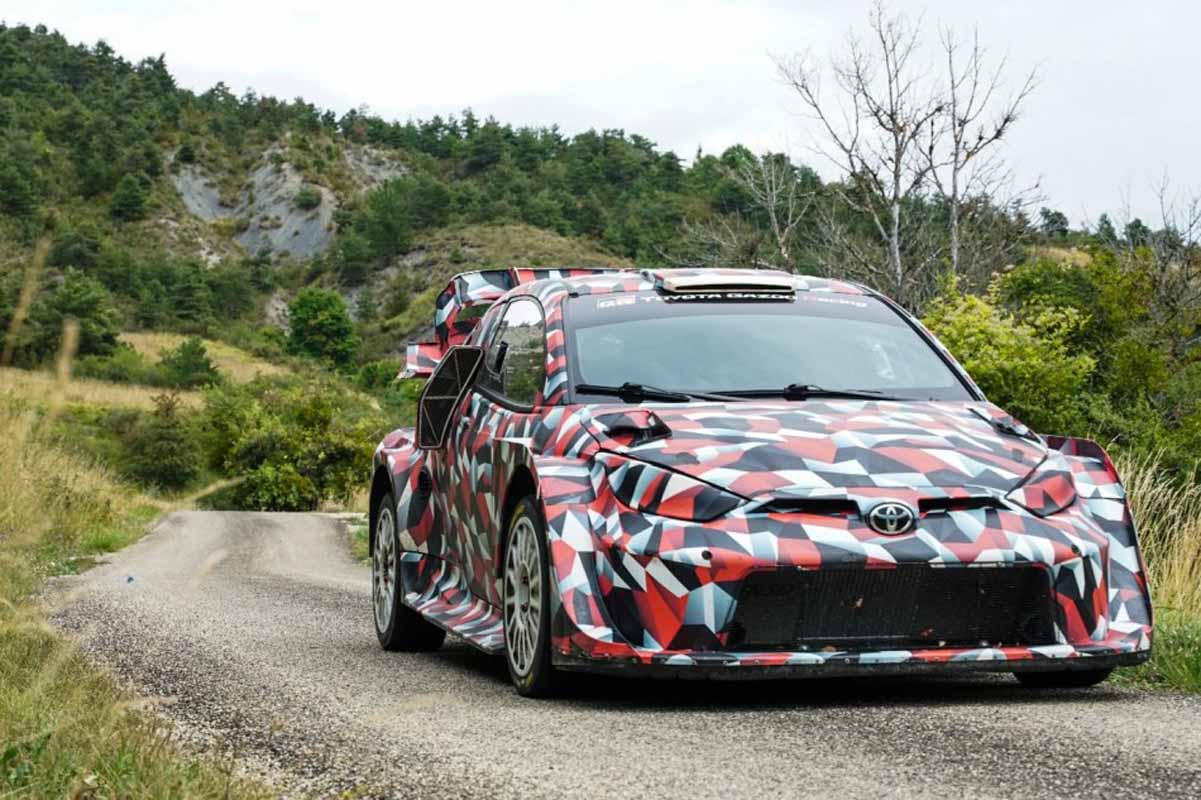 Heralding the advent of a new and sustainable era, the Rally1 regulations are the product of extensive work by the FIA departments in partnership with the competing manufacturers Hyundai, M-Sport (Ford) and Toyota.

Together they aligned to deliver a category that maintains spectacular performance, further enhances safety, while focusing firmly on the environment. In addition to the plug-in hybrid unit, which is mated to the existing 1.6-litre turbocharged internal combustion engine, Rally1 cars run on 100 per cent fossil-free fuel.

The hybrid kit includes a 100kW electric motor fitted to a 3.9kWh battery and can lift combined performance levels to more than 500hp. Significantly, however, Rally1 cars are designed to run on electric mode only, which they will be required to do in Hybrid Electric Vehicle (HEV) zones located close to event service parks.

Rallye Monte-Carlo is the first of 13 WRC rounds in three continents between January and November. First held in 1911, the event is regarded as one of the most challenging on the calendar due to the likelihood of fluctuating grip levels and changeable weather. They put a huge onus on the choice of Pirelli tyres as drivers and their teams attempt to select the most suitable tyres for the conditions.

The start of the WRC’s half-century celebrations on the 90th edition of Rallye Monte-Carlo is marked by the major advances governing body the FIA has made in rallying both in terms of sustainable technology and safety. The plug-in hybrid-powered Rally1 cars have raised performance levels while reducing harmful emissions. Aligned with significant safety innovations – the result of months of intensive research and development – the FIA is overseeing a period of wide-reaching change that is pivotal to strengthening the sport, its appeal and importance into the future

A capacity entry of seventy-five cars, including 11 Rally1 cars, are entered for Rallye Monte-Carlo. Reigning FIA WRC champion Sébastien Ogier heads the list in a Toyota GR Yaris Rally1 as he bids for his record-extending ninth victory in the principality and his first with new co-driver Benjamin Veillas.

Sébastien Loeb, the eight-time Monte-Carlo winner and nine-time world champion, returns to the WRC in an M-Sport Ford Puma Rally1 co-driven by Isabelle Galmiche. Both Ogier and Loeb are planning selected appearances in 2022, with Rallye Monte-Carlo a rare opportunity to see them both in action. Like the illustrious Frenchmen, Hyundai i20 N Rally1 driver Thierry Neuville is also a former Monte-Carlo winner, while Ott Tänak completes the list of FIA WRC champions past and present in action. 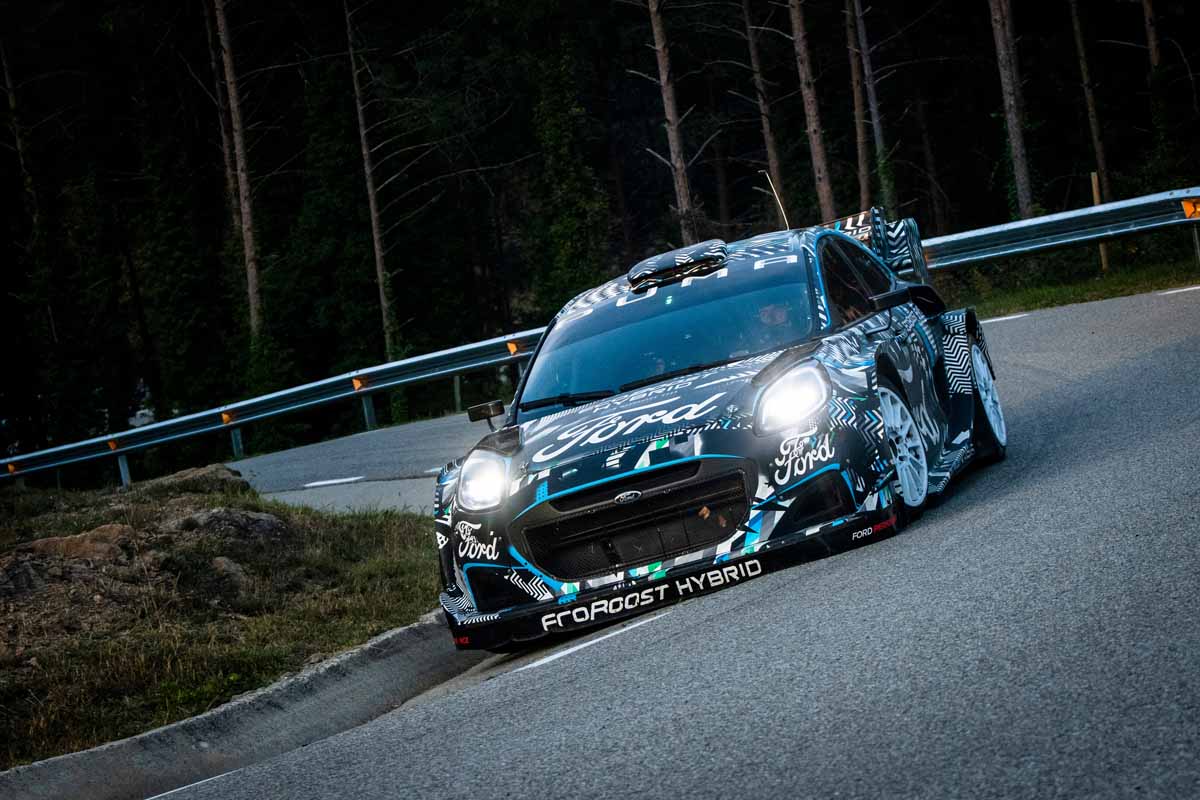 FIA WRC2 for Rally2 cars has been restructured for 2022 and features separate classifications for Teams, Drivers, Co-Drivers, plus Junior’s. The Masters Cup includes awards for the best Driver and Co-Driver.

Andreas Mikkelsen begins the defence of his FIA WRC2 Drivers’ title with new recruit Torstein Eriksen, who won the WRC2 Co-Drivers’ title in 2021 alongside Mads Østberg. Yohan Rossel steps up as the WRC3 champion from last season, while Eric Camilli and Nikolai Gryazin have both won WRC2 events in the past.

Sami Pajari, the 2021 FIA Junior WRC champion, will go up against Enrico Brazzoli and Jan Černý in FIA WRC3, which is exclusively for Rally3 cars from this season, in line with the FIA Rally Sporting Pyramid.

Based entirely in Monaco for the first time since 2006 following stints based in Valence and Gap, the 90th Rallye Monte-Carlo features three days of reconnaissance from January 17-19, when crews will sample a route of 296.03 kilometres that’s 95 per cent new compared to 2021.

Shakedown follows from 09:31 hrs local time on January 20 and provides the first opportunity for the respective performances of the Rally1 cars to be checked against the clock. A renovated Casino Square then hosts the traditional ceremonial start from 18:45 hrs on January 20 before the action begins for real with two night stages – Lucéram / Lantosque and La Bollène-Vésubie / Moulinet – in the Alpes-Maritimes. La Bollène-Vésubie / Moulinet is the rally’s longest stage at 23.25 kilometres.

Crews head back to the Alpes-Maritimes on Friday January 21 for two loops of three stages, either side of a tyre fitting zone in Puget-Théniers, totalling 97.86 timed kilometres. The Alpes-de-Haute-Provence hosts Saturday’s 92.46 kilometres of competitive action. Following the single-pass Le Fugeret / Thorame-Haute stage, there are two passes of Saint Jeannet / Malijai and Saint-Geniez / Thoard, separated by a tyre fitting zone in Digne-les-Bains.

It’s off to the north-west of Alpes-Maritimes on Sunday for the final 67.26 kilometres of competitive running and two repeated stages, the new La Penne / Collongues, plus Briançonnet / Entrevaux, which counts as the Power Stage when it’s repeated from 12:18 hrs CET. The Casino Square hosts the prize-giving ceremony from 16:00 hrs.

By introducing hybrid technology in the WRC, the FIA has implemented a number of safety measures, such as requiring the hybrid components to be contained in a reinforced safety structure.

Rally1 cars are identifiable by an ‘HY’ graphic on the side door panels. Safety lights on the windscreen and both side pillars will be green when the car is safe to touch. A flashing red light with an audible warning means a car is unsafe to touch. An awareness campaign on social media has also been launched and highlights the precautions spectators and safety crews must take in the event of an accident due to the high-voltage electrical current they can generate.

All Rally1 cars must carry two pairs of Class-0 gloves capable of withstanding 1000 volts that can be easily accessible for the driver and co-driver when vacating their car. This will enable both crew members to provide valuable assistance in the event of a high voltage issue affecting either their car or the car of a competitor. Crews and volunteer officials have also received essential training. 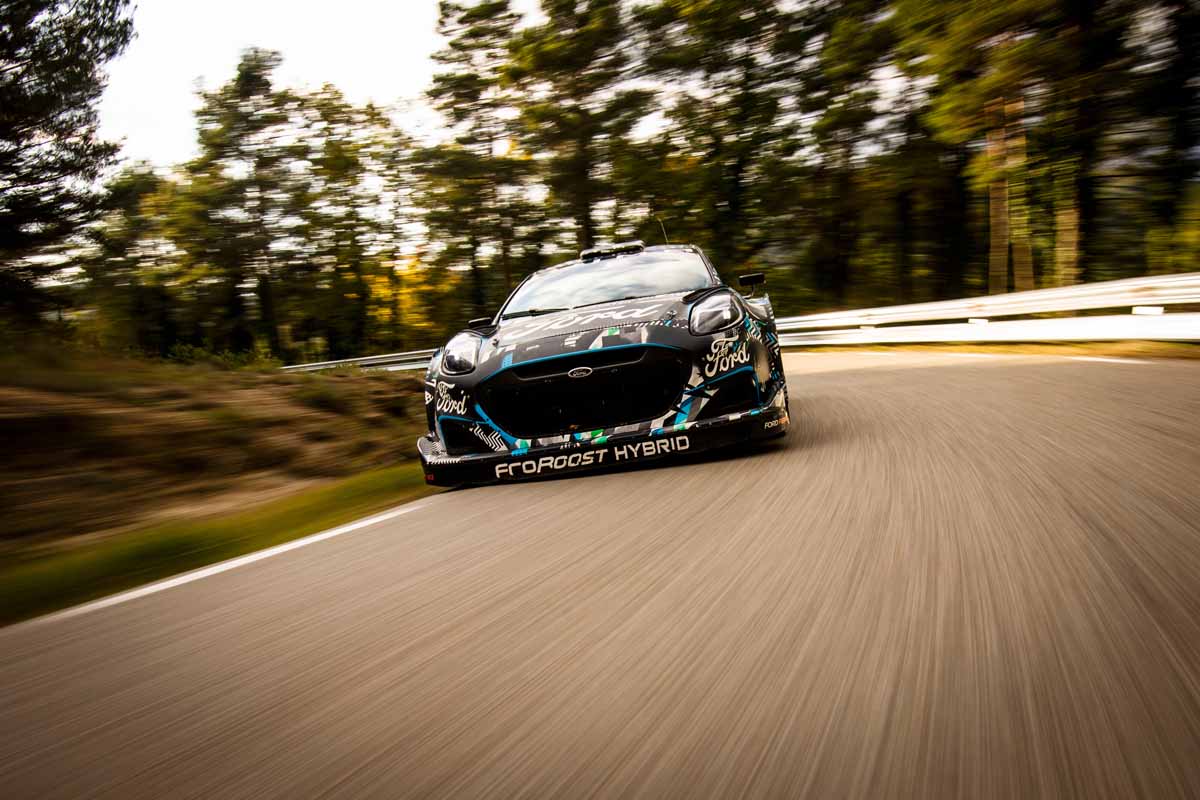 All attendees are required to comply with the COVID protocol as defined by the event organisers and Automobile Club de Monaco. Media accreditation must be collected personally by accredited Pass Holders at the Accreditation Desk, located at Salle des Expositions – 4, Quai Antoine 1er, Monaco. 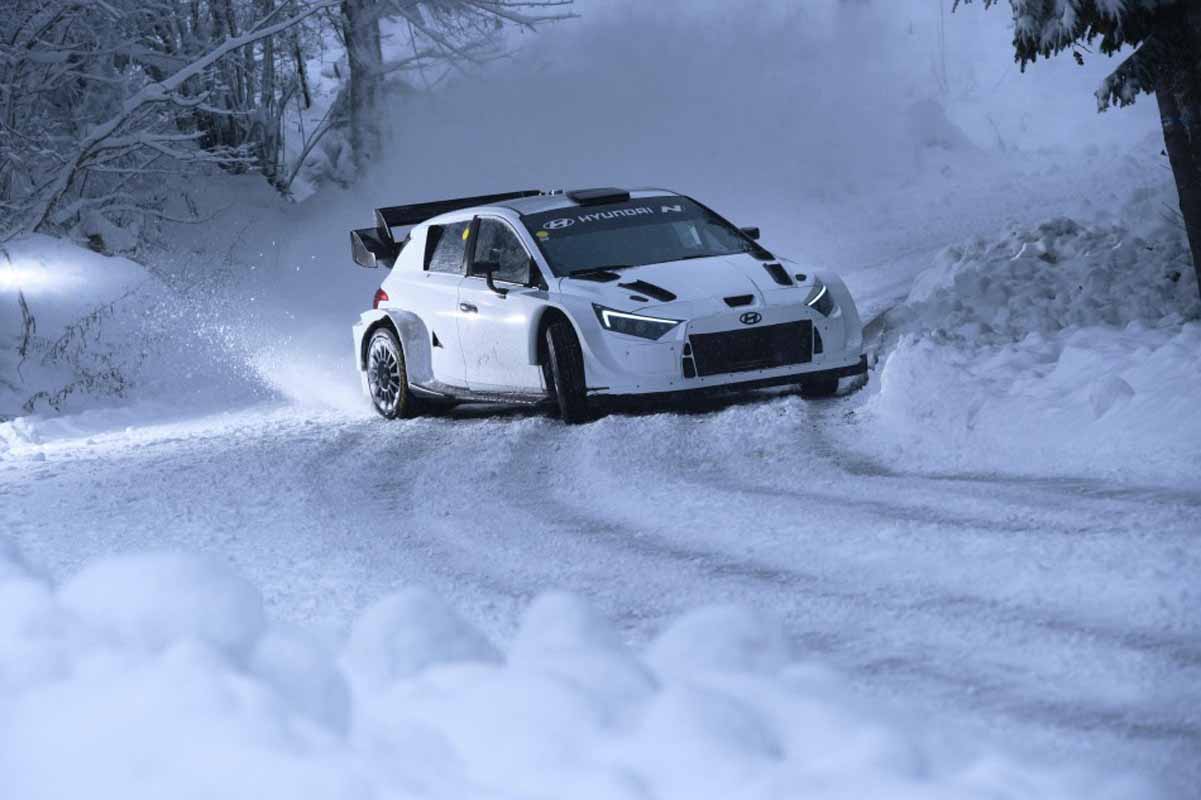 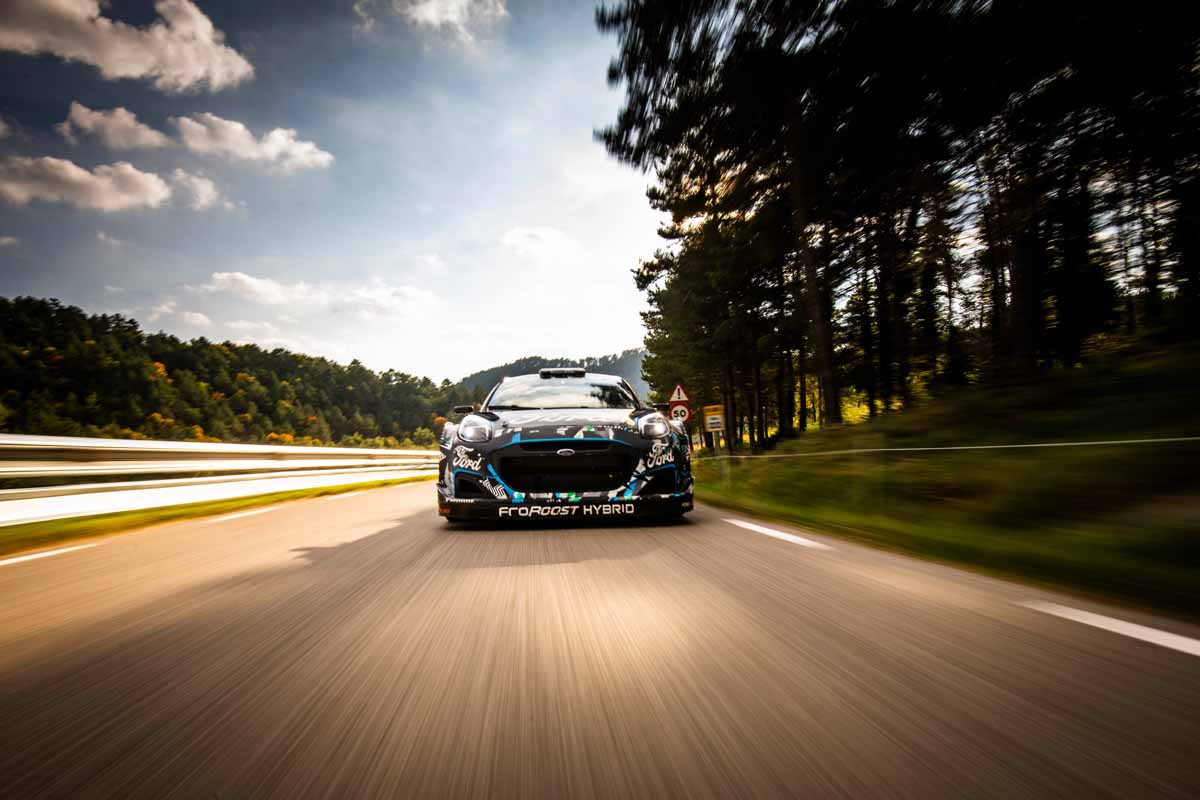 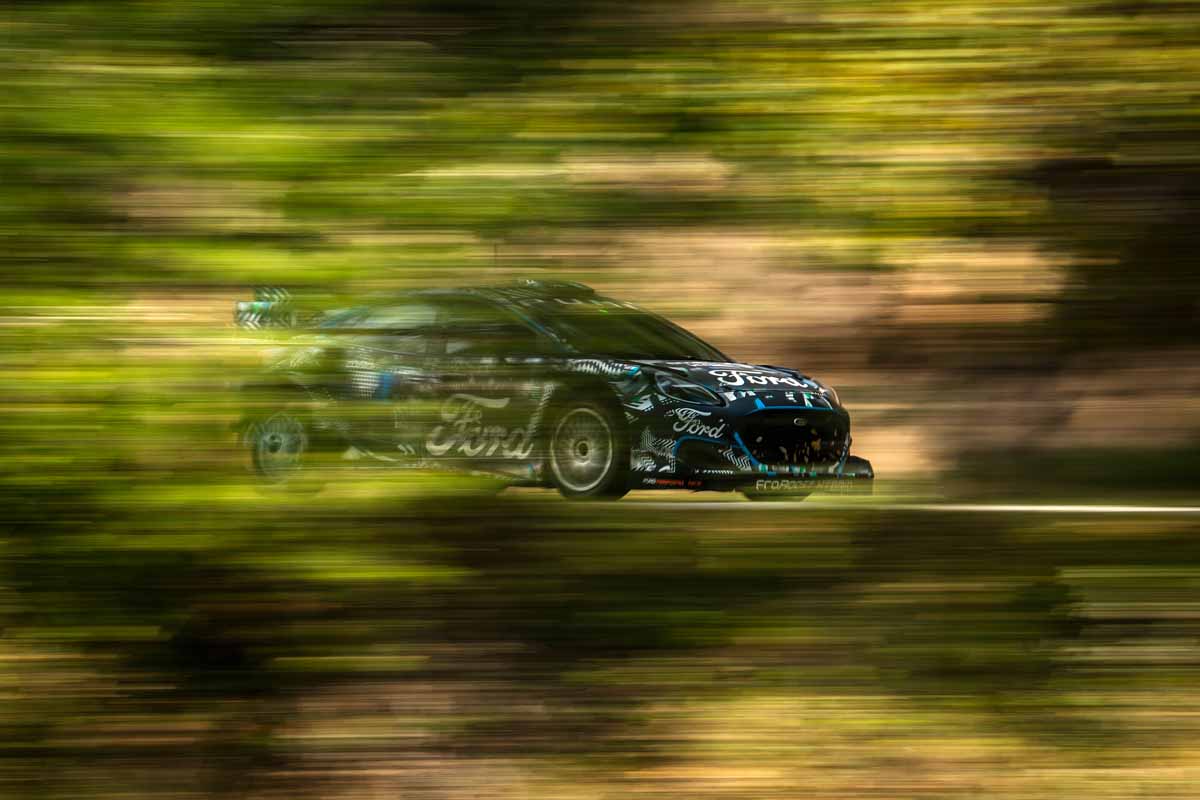