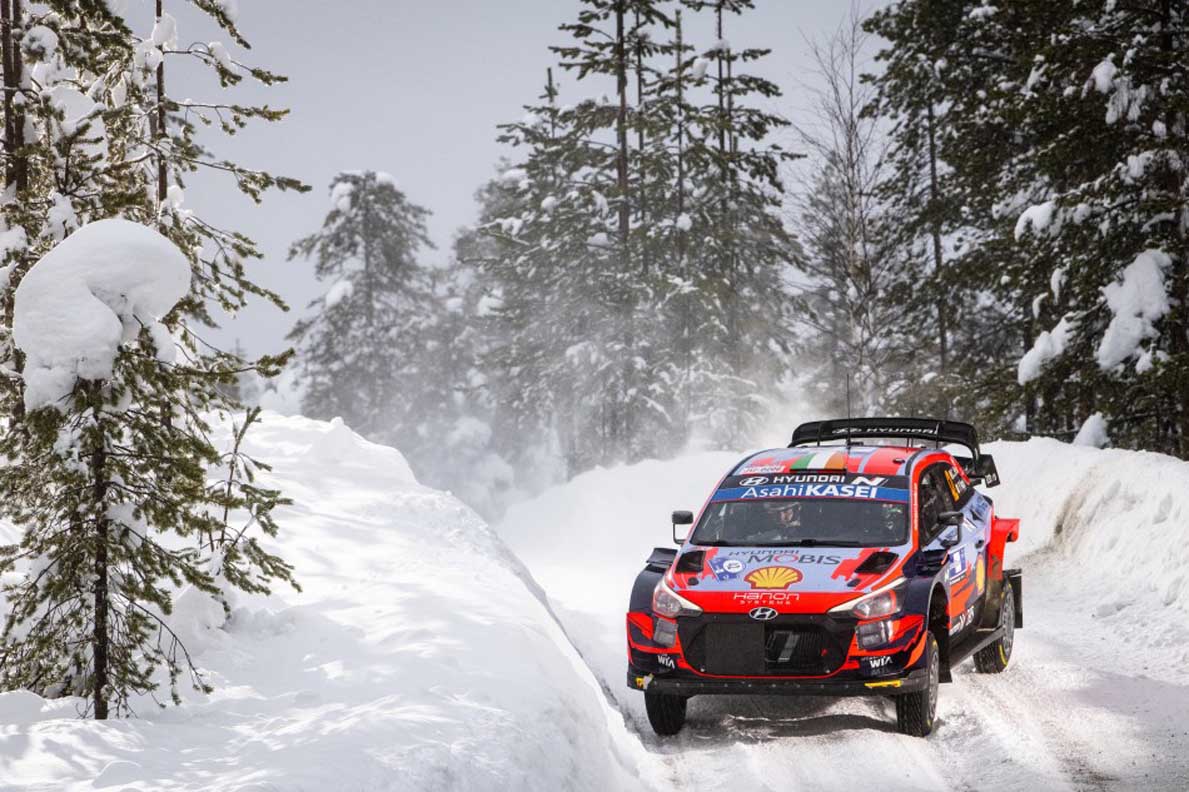 In perfect winter conditions, the Estonian won the opening 24.43km Mustalampi and the closing 27.68km Siikakämä in his Hyundai i20. He arrived at mid-leg service in Rovaniemi with a 23.6sec advantage in this second round of the FIA World Rally Championship.

Only a brush with a snowbank in the 19.91km Kaihuavaara prevented a hat trick, allowing Elfyn Evans to stop a Tänak clean sweep by claiming fastest time in his Toyota Yaris.

Craig Breen, lying second overnight, fended off Kalle Rovanperä in Mustalampi but the Irishman could not repel the young Finn any longer. Rovanperä moved ahead in the next test and the Yaris man held a 5.3sec advantage over Breen’s i20.

Rovanperä swiped a snowbank on a quick right corner in Siikakämä but, despite overnight changes, the 20-year-old remained frustrated with the balance of his Yaris.

Breen survived a few encounters with snowbanks in the opener and felt his pace notes were slightly below par on the next two tests.

Team-mate Thierry Neuville was 5.8sec back in fourth. The Belgian struggled to hear co-driver Martijn Wydaeghe’s pace notes above his i20’s engine noise.

Evans was fifth, the Welshman feeling he was too slow in places and too quick in others. He headed a fascinating three-car scrap between Oliver Solberg, Takamoto Katsuta and championship leader Sébastien Ogier.

Teenager Solberg was up from eighth to sixth in his i20, holding a 1.1sec margin over the Japanese driver after a stunning third fastest time in Mustalampi on only his fourth WRC stage in a World Rally Car. Katsuta had 1.8sec in hand over team-mate Ogier.

Teemu Suninen was distanced by the battling trio, the Finn slipping from sixth to ninth in his Ford Fiesta, with team-mate Gus Greensmith rounding off the top 10.

Lorenzo Bertelli was an early casualty, the Italian diving deep into a Mustalampi snowbank from which he was unable to emerge.

In FIA WRC2, Movisport’s Esapekka Lappi in his Volkswagen Polo GTI holds a 33.1s lead over Toksport’s Andreas Mikkelsen in a Škoda Fabia Evo. Lappi taem-mate’s Nicolay Gryazin is in third in another Polo. 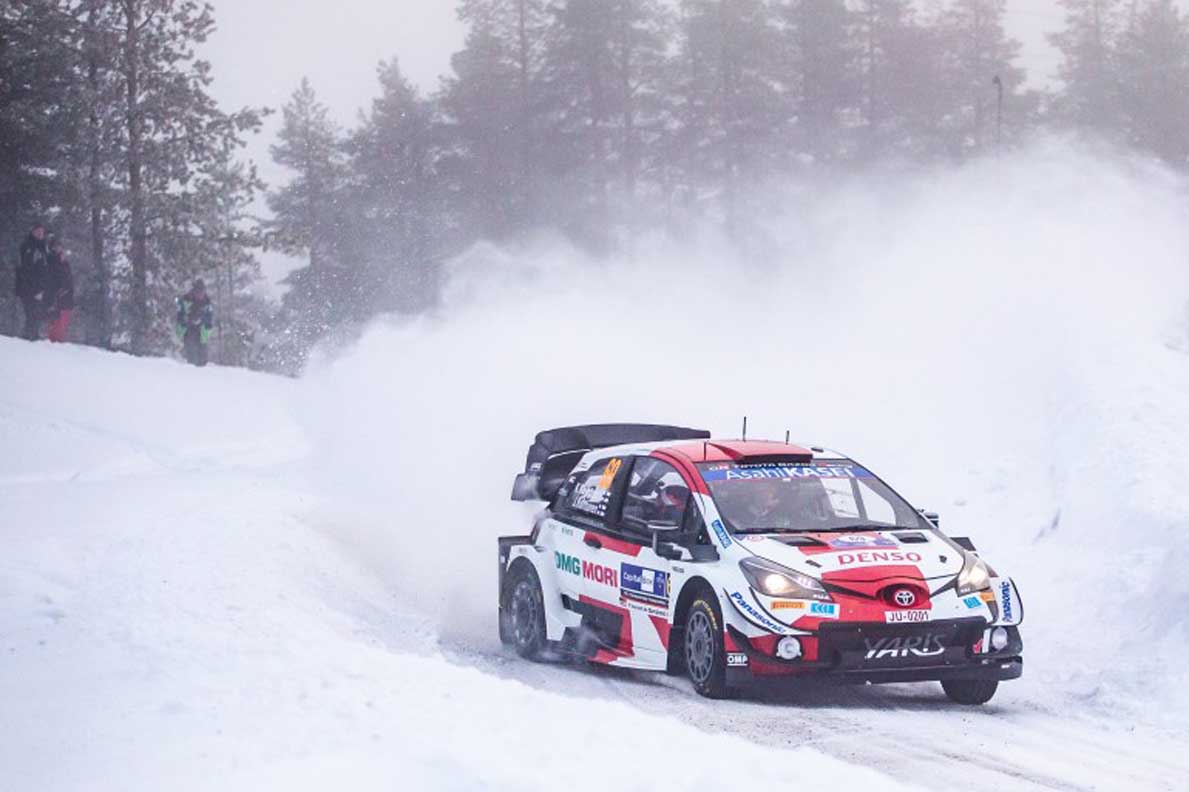 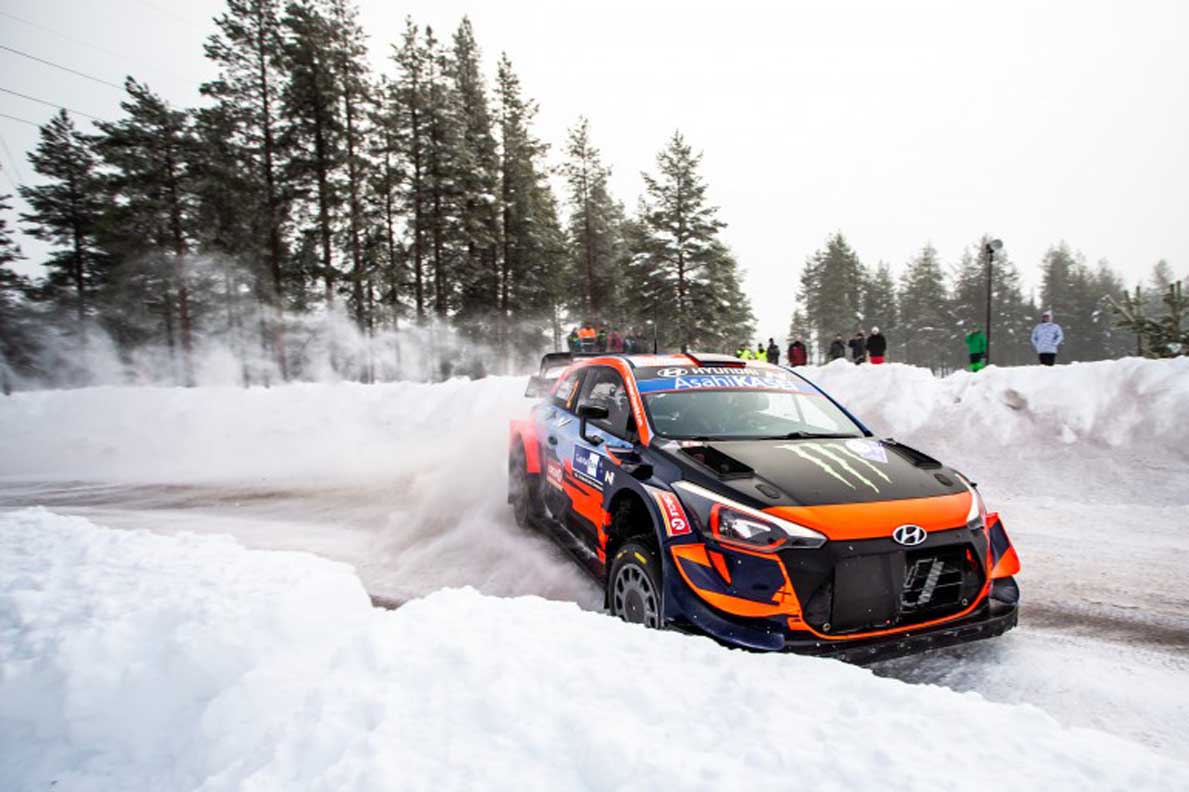 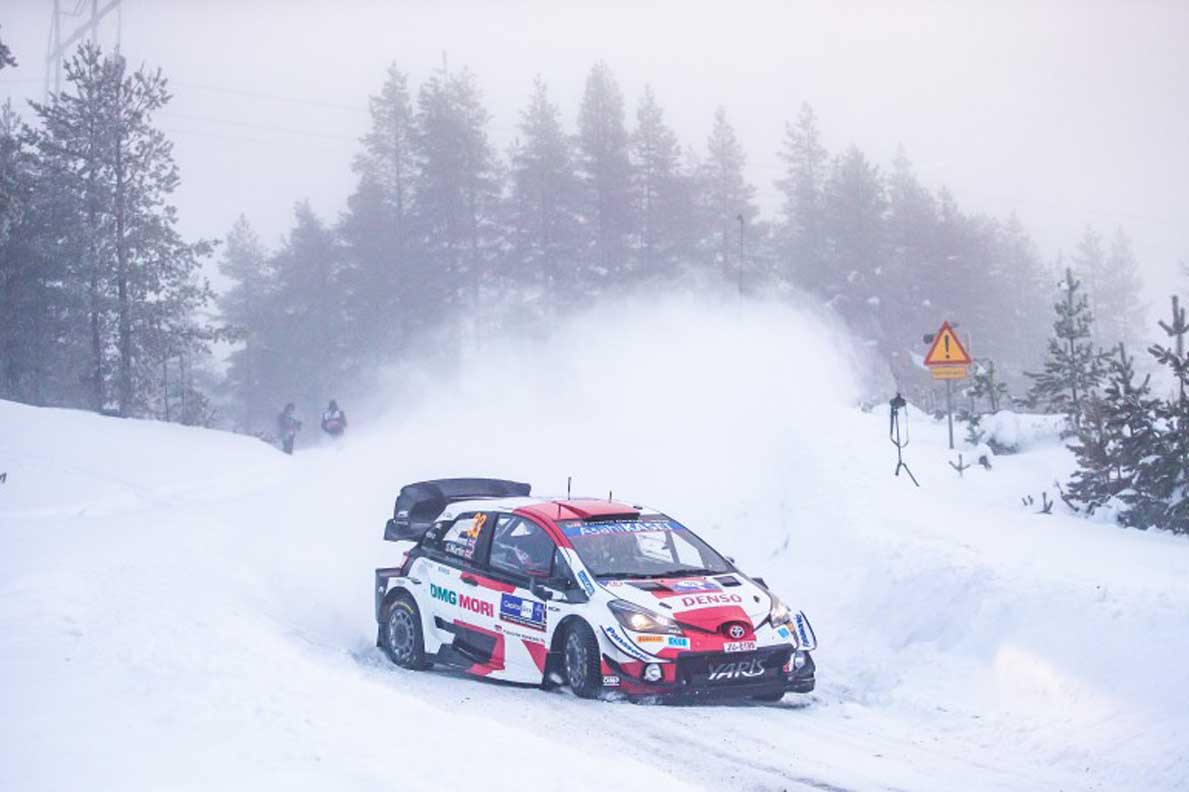 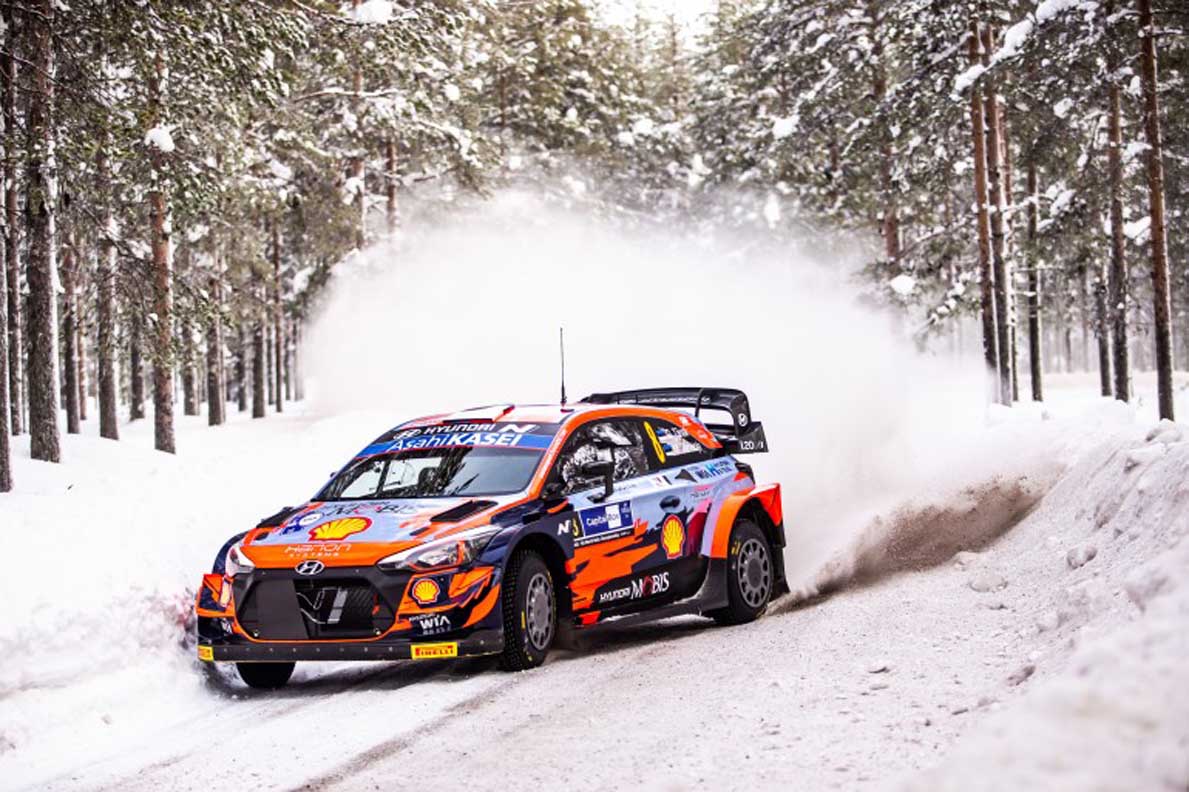 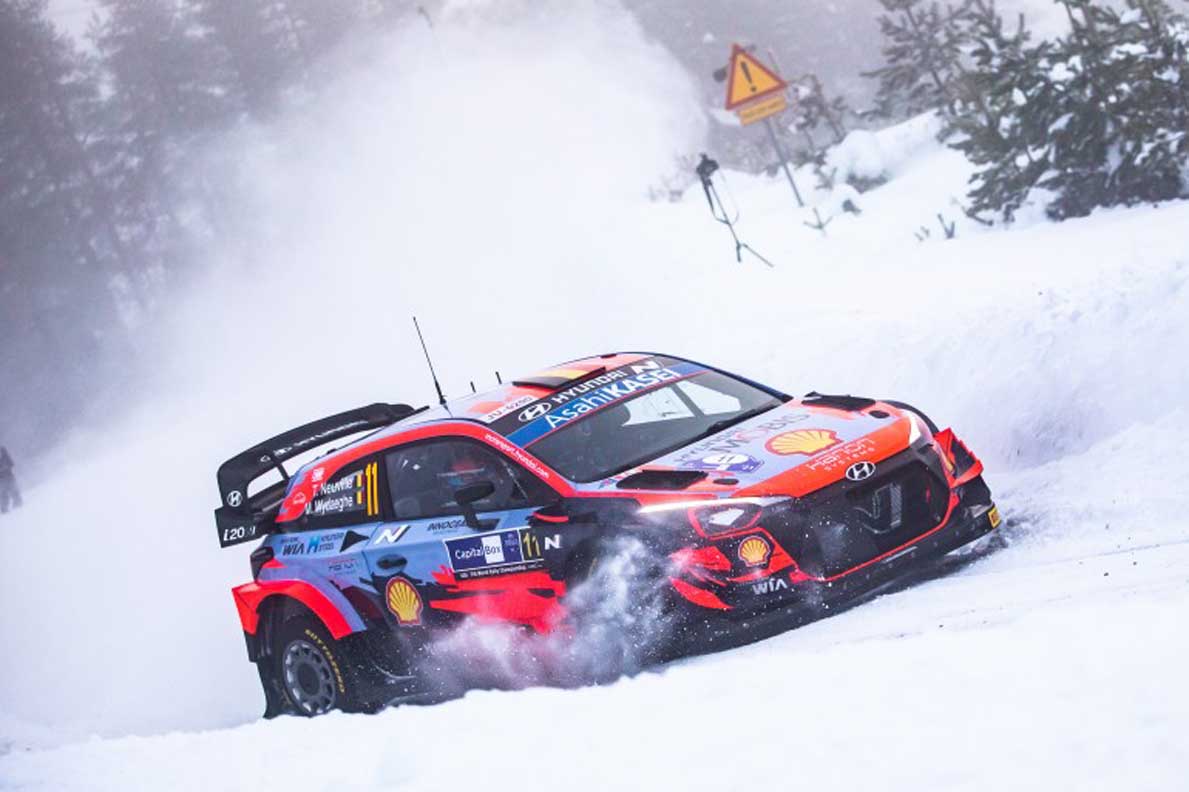