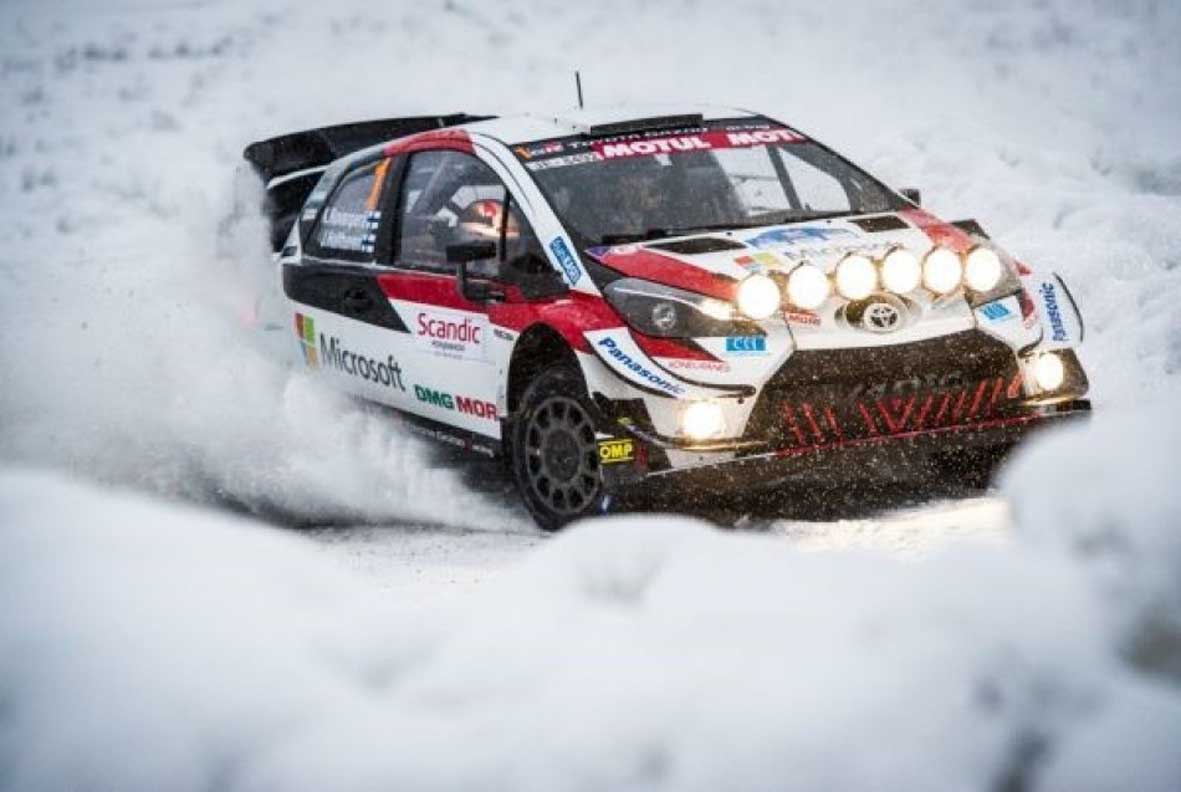 The event is new on the WRC schedule for 2021, replacing the cancelled Rally Sweden as the season’s only pure winter contest. It will be based in Rovaniemi – capital of Finland’s northernmost Lapland province – and will have stages taking place inside the Arctic Circle, where temperatures can dip below -30°C. The roads should have a good coating of ice and snow, but special studded tyres will provide remarkable grip and help make this one of the season’s fastest rallies.

The Toyota team tops both the drivers’ and manufacturers’ championships after a one-two finish on the opening round Rallye Monte-Carlo with Sébastien Ogier and Elfyn Evans – plus fourth for Kalle Rovanperä , who could contend for his maiden WRC triumph on home ground. The most experienced of the championship regulars in the Arctic is in fact the fourth Yaris WRC driver Takamoto Katsuta, who competed there three times as part of his tutoring programme in Finland.

Hyundai will aim to fight back with Thierry Neuville, third in Monte-Carlo, and Ott Tänak, who will be keen to score maximum points after retiring from round one. Craig Breen takes over from Dani Sordo in the team’s third car. In total, there will be five Hyundai i20 Coupe WRC entries, with Pierre-Louis Loubet to be joined in the 2C Competition team by 19-year-old Oliver Solberg – the son of 2003 World Champion Petter Solberg making his debut at the sport’s top level.

Four examples of the Ford Fiesta WRC will also be present: Alongside M-Sport team regulars
Teemu Suninen and Gus Greensmith, Italy’s Lorenzo Bertelli will make his first appearance since 2019, and Janne Tuohino, a two-time rally winner in the Arctic, will drive a Fiesta entered by the Janpro team.

There are 22 entries in FIA WRC3, with national champion Teemu Asunmaa leading a huge Finnish contingent. FIA World RX champions Johan Kristoffersson and Mattias Ekström will fly the flag for Sweden, the latter making his first WRC start for 15 years.

Arctic Rally Finland will be made up of 10 stages in total, and 251.08 competitive kilometres. The action starts with a Shakedown on Friday morning followed later in the day by the first two competitive stages of the rally. These will both be run over the 31.05 kilometres of Sarriojärvi – the longest stage of the weekend – and the second pass will take place in darkness. Saturday takes the form of a repeated loop of three stages, also finishing after dusk. The rally concludes on Sunday with two passes of Aittajärvi, with the latter pass serving as the Power Stage.