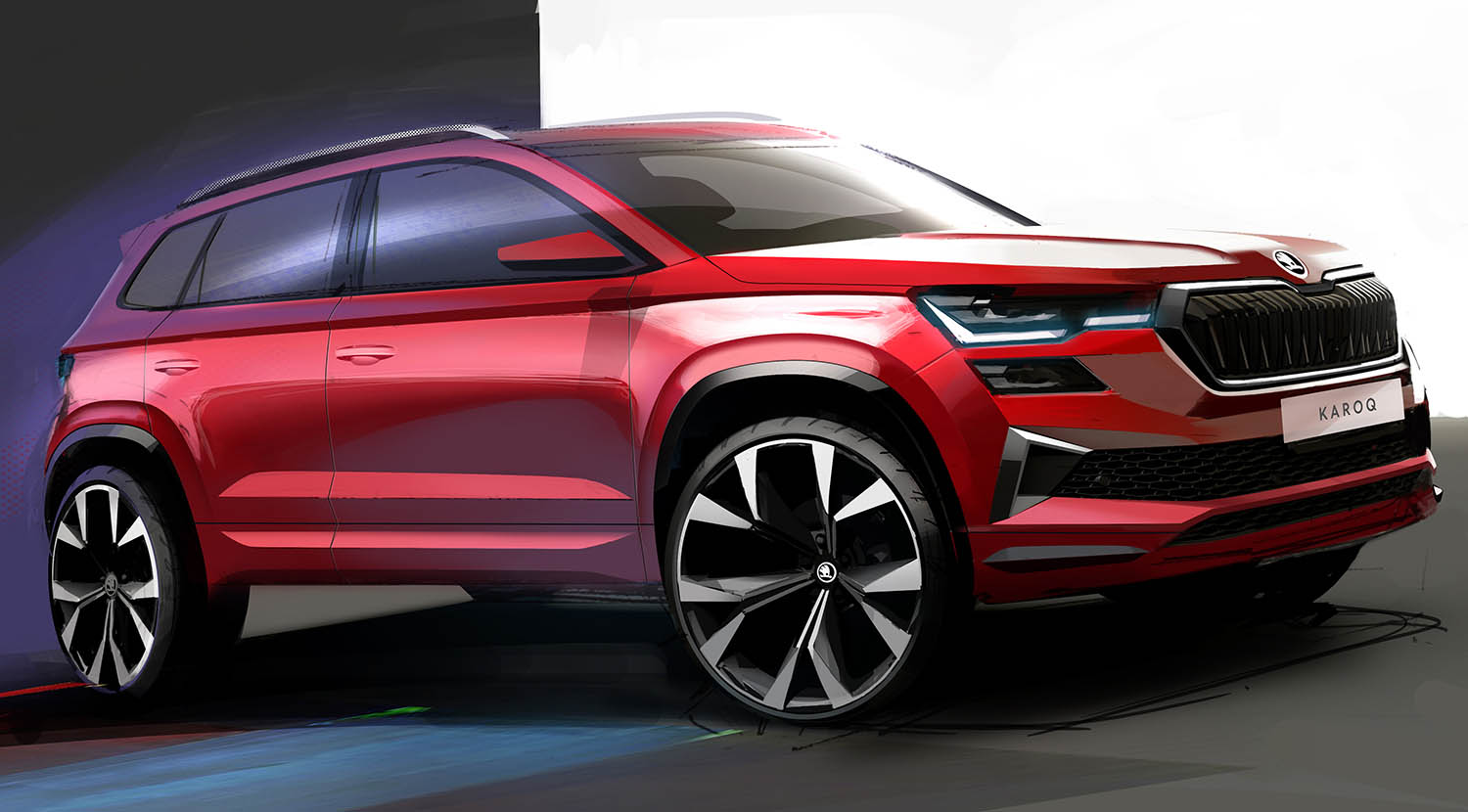 One of the two design sketches shows the freshened ŠKODA KAROQ’s new, even more distinctive front. The ŠKODA grille has increased in width and now features impressive double slats as well as a new hexagonal design, with a wide air intake underneath. The headlights are overall more slender than in the predecessor version and extend all the way to the grille. Their dynamic appearance is underscored by redesigned daytime running lights that are now composed of two separate elements each. Underneath is a second lighting unit for the fog lights or, in the top variant, a separate LED module. This headlight configuration enables a characteristic four-eyed driving lights look after dark.

The second sketch previews the KAROQ’s redesigned rear. In addition to a longer rear spoiler and a visually updated rear apron with a black diffuser, the tail lights now sport a new, sharply drawn design as well. Like the headlights, they have been slimmed down and emphasise the vehicle’s width. In signature ŠKODA style, crystalline structures add a special visual effect to the tail lights, which will retain their characteristic C-shaped graphic.

The 2017 model presentation introducing the ŠKODA KAROQ as the KODIAQ’s little brother saw ŠKODA take another step in the implementation of its SUV campaign. The freshened KAROQ will have its premiere in a digital media presentation on 30 November. 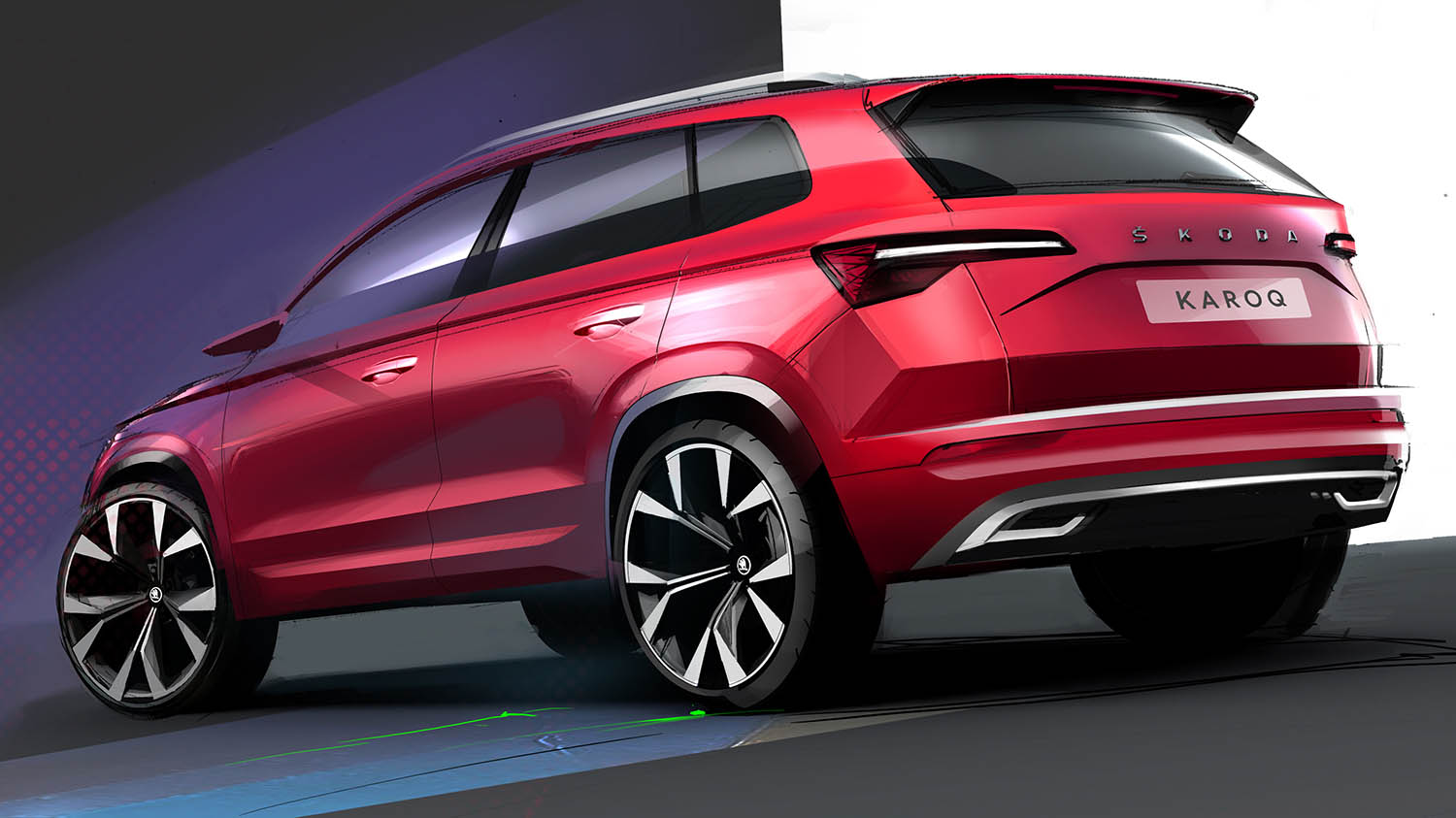