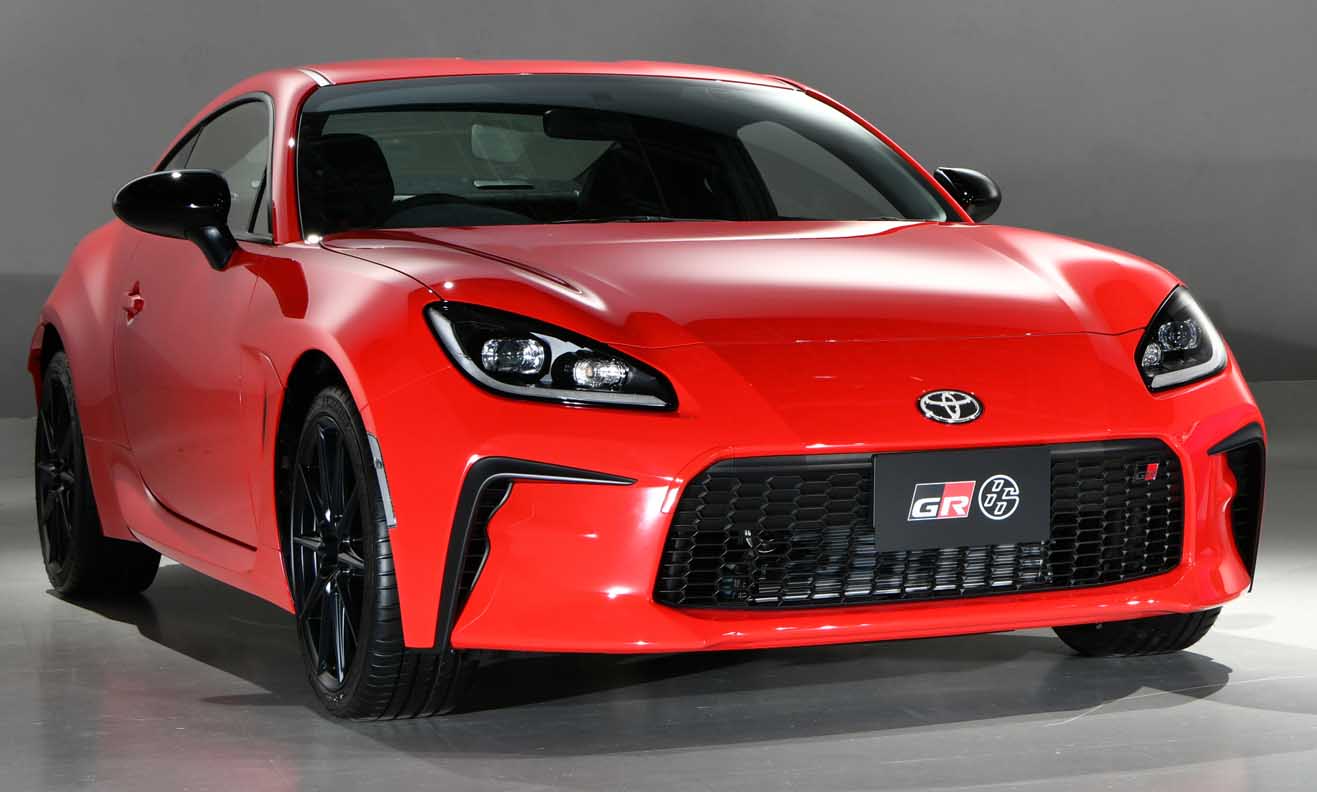 TOYOTA GAZOO Racing (TGR) gave the new GR 86 its world debut in an online event held together with Subaru Corporation (Subaru). Following the GR Supra and GR Yaris, the new GR 86 is the third global model in TGR’s GR series of sports cars. The new GR 86 is scheduled to launch in Japan in autumn 2021.

Toyota developed the original 86 with the goal of delivering the dreams and the joy of driving inherent in sports cars to its customers. Conceived as a front-engine, rear-wheel-drive vehicle with intuitive handling and instinctive responsiveness, the 86 launched in 2012.

Since then, the vehicles have been utilized as base models for a variety of participatory motorsports, including rallies, one-make races, gymkhana, and dirt trials, while others have been uniquely customized. A total of more than 200,000 86s have been sold worldwide, playing the role of reliable partners for their owners.

TGR’s new GR 86 and Subaru’s new BRZ were jointly developed. Yet, although the two vehicles share the same vehicle base, the two companies focused on imbuing their respective models with a distinct driving feel. While engaging in friendly rivalry with the BRZ development team, TGR sought to develop a vehicle that would provide happiness to 86 fans, and realize an evolution of the 86’s unique driving sensations.

As a result, the new GR 86 is specially designed for sports performance, and provides direct and satisfying driving performance of the highest order.

In September 2019, Toyota and Subaru entered into a new business and capital alliance, as part of which the two companies committed to jointly engage in making ever-better cars.

The new GR 86/BRZ is not only a concrete example of this commitment, but also represents a new challenge for both companies, as they seek to subvert conventional ideas of cooperation in the automotive industry. Going forward, Toyota and Subaru intend to further ally their respective strengths, deepen their relationship, and so pursue the possibilities of making ever-better cars.

With fender tops that extend horizontally to the beltline, the Toyota GR 86 boasts a stance distinctive of front-engine, rear-wheel-drive vehicles. Its low, horizontal underbody and narrow cabin rear combine to create a broad, low-center-of-gravity appearance.

The front of the vehicle features the GR-specific Functional MATRIX Grille, which fuses performance and emotionality.

The operating system-which includes the various switches and the horizontally-accented instrument panel-is optimally located to create a space that enables the driver can concentrate on driving.

The display features a 7-inch TFT screen. Its opening animation sequence is inspired by the piston movements of the GR 86’s horizontally opposed engine, and fosters a sense of excitement even before the drive begins.

Sporting a lightweight, compact engine with a low center-of-gravity in line with previous iterations, the Toyota GR 86 increases its displacement size from 2.0 to 2.4L.

The engine delivers superior driving performance as a consequence, achieving 0-100km/h acceleration in just 6.3 seconds-down from the 7.4 seconds of the outgoing model. Engine responsiveness has also been enhanced, providing smooth, stress-free sensations from low to high rpms. 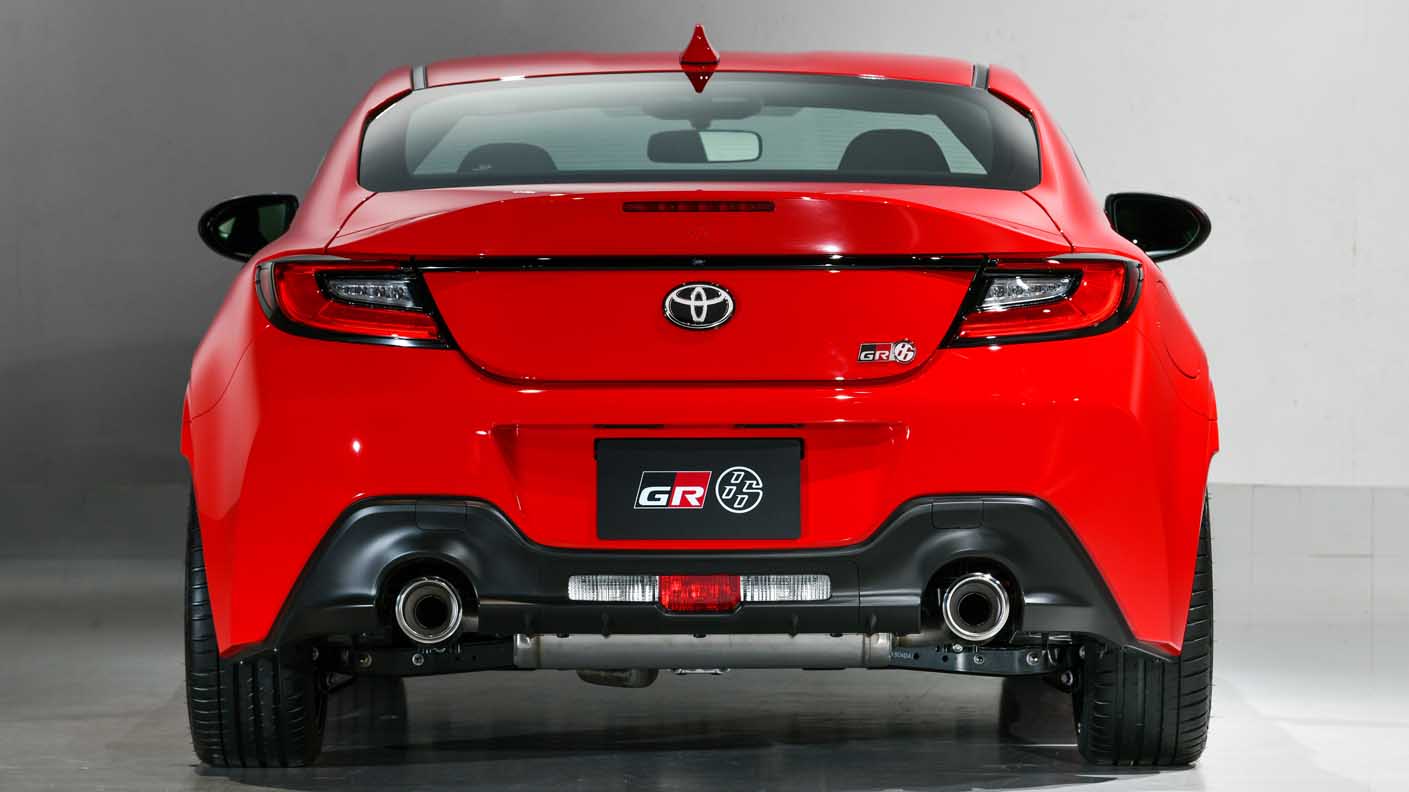 The dimensions of the new Toyota GR 86 are almost identical to the previous model. Limiting both the overall height and hip-point of the vehicle helps lower the center-of-gravity and enhance turning performance, and so delivering the agility required of an 86.

The use of aluminum for the roof panels results in a lower center-of-gravity, while aluminum fenders and updated front seats and mufflers contribute to reduced weight.

Body rigidity has been improved, with the goal of offering pleasurable handling in all speed ranges-from urban driving to the upper limits of performance. Torsional rigidity has been enhanced by approximately 50% over the previous model for greater steering stability.

Aerodynamic components are rooted in motorsports

The Toyota GR 86 features aerodynamic components seen on 86 models that participate in motorsports. These include air outlets, side sill spoilers, and other parts that improve steering responsiveness and stability.

A sports car that provides a secure and safe car life

The AT version of the Toyota GR 86 uses Subaru’s EyeSight Driver Assist Technology. This system of comprehensive safety technologies provides safety support during everyday driving; pre-collision safety technologies that help avoid or reduce collision impacts; and emergency rescue support and secondary collision avoidance support in the event of an accident. 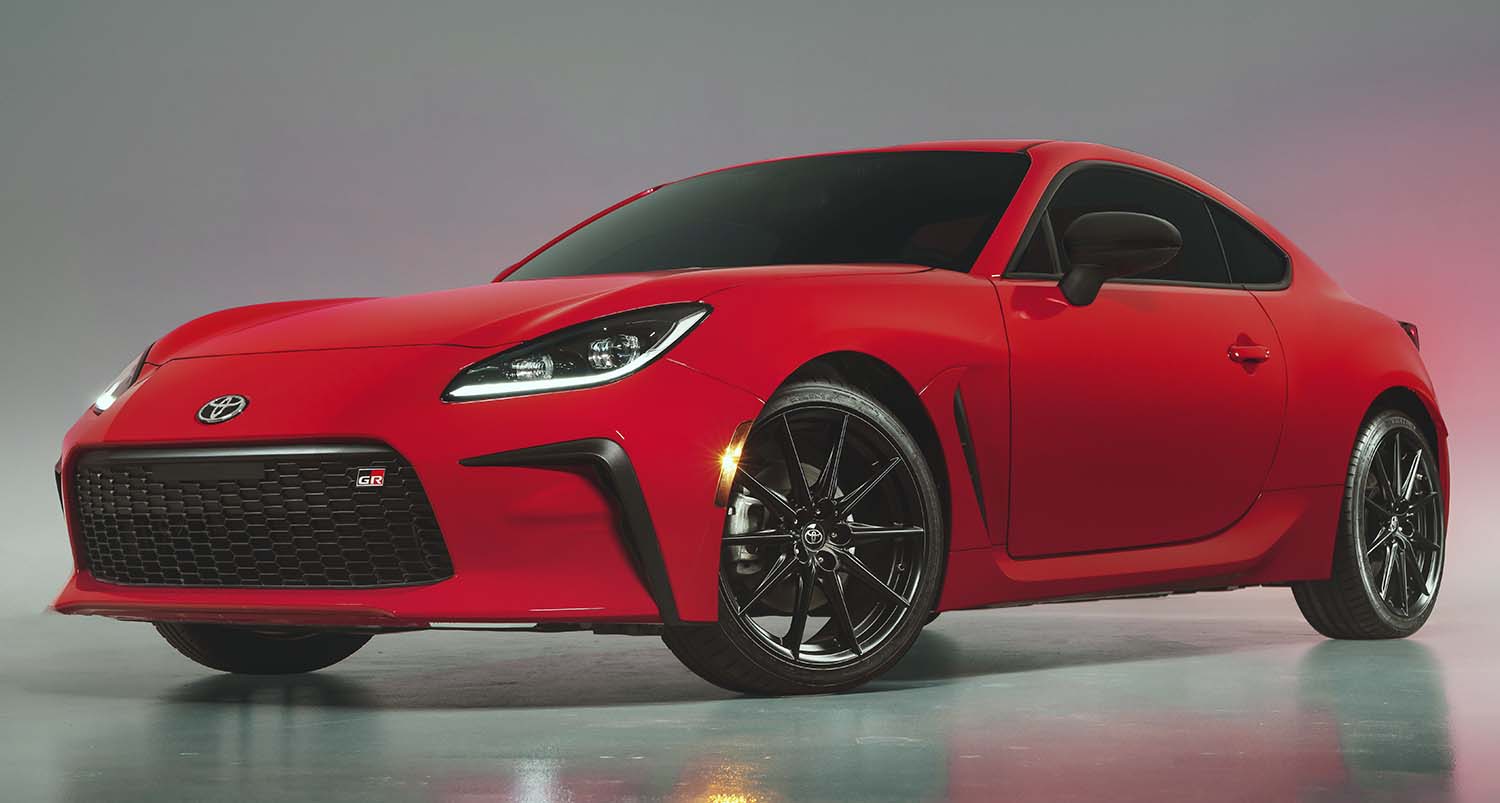 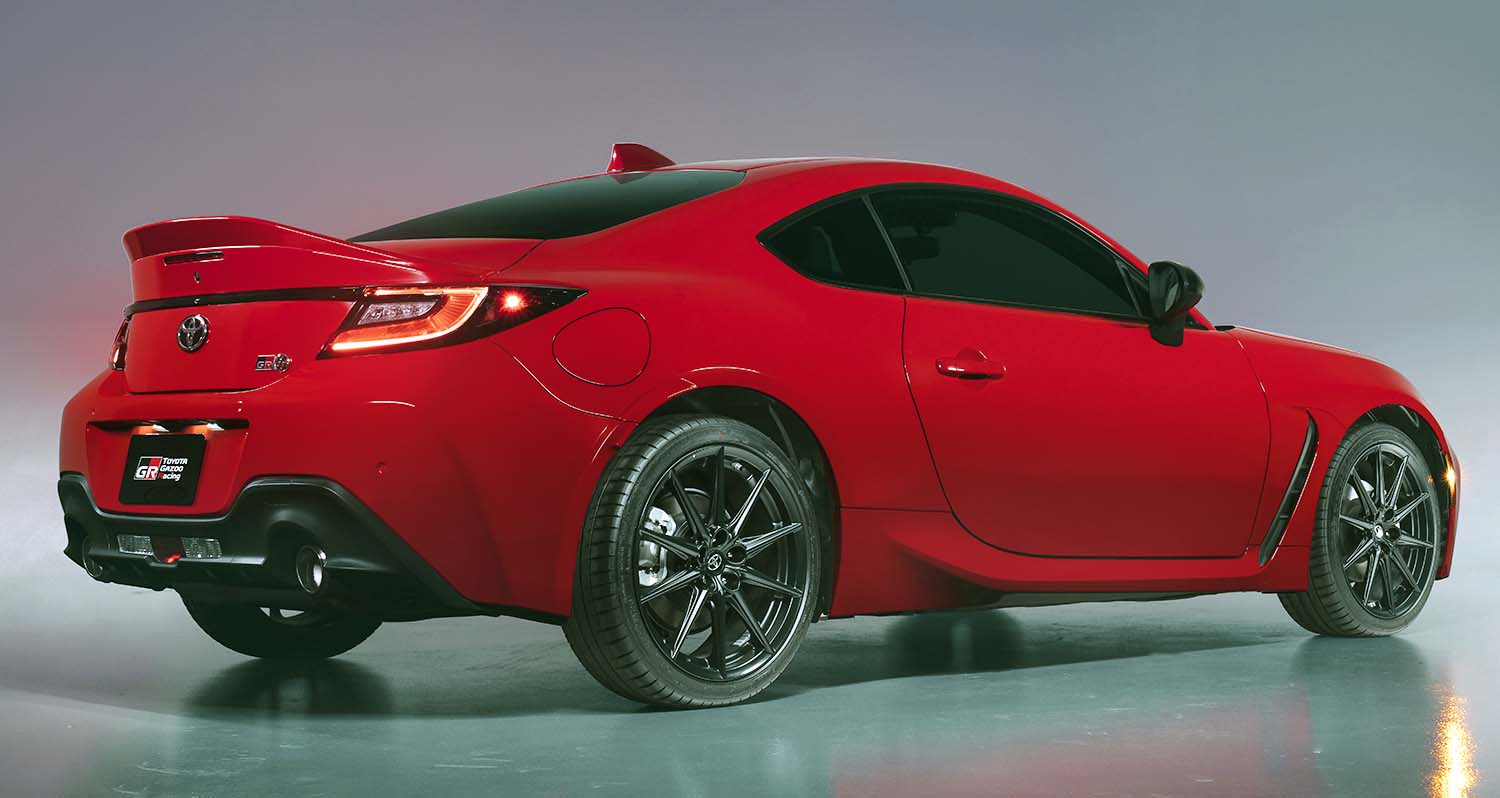 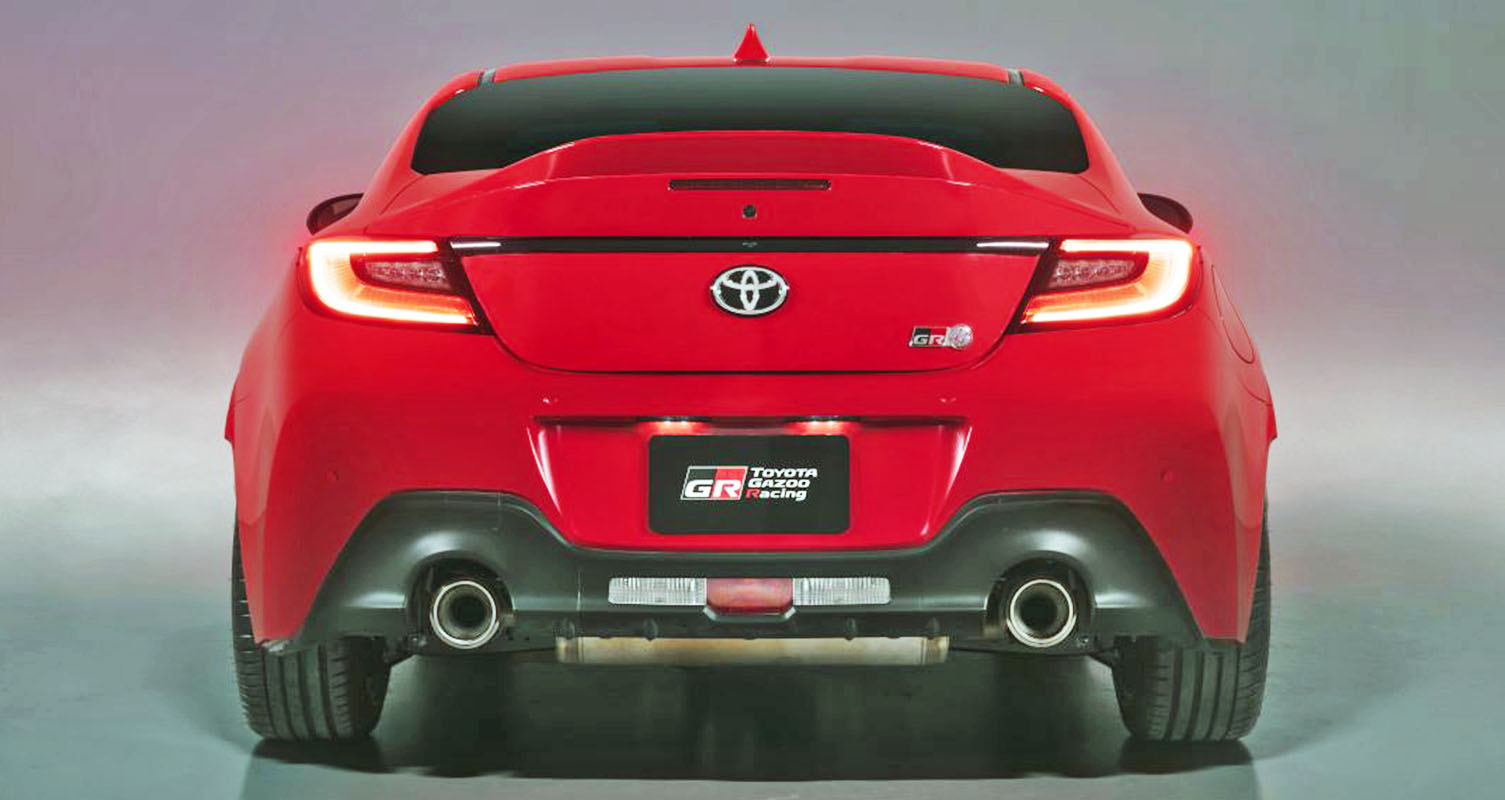 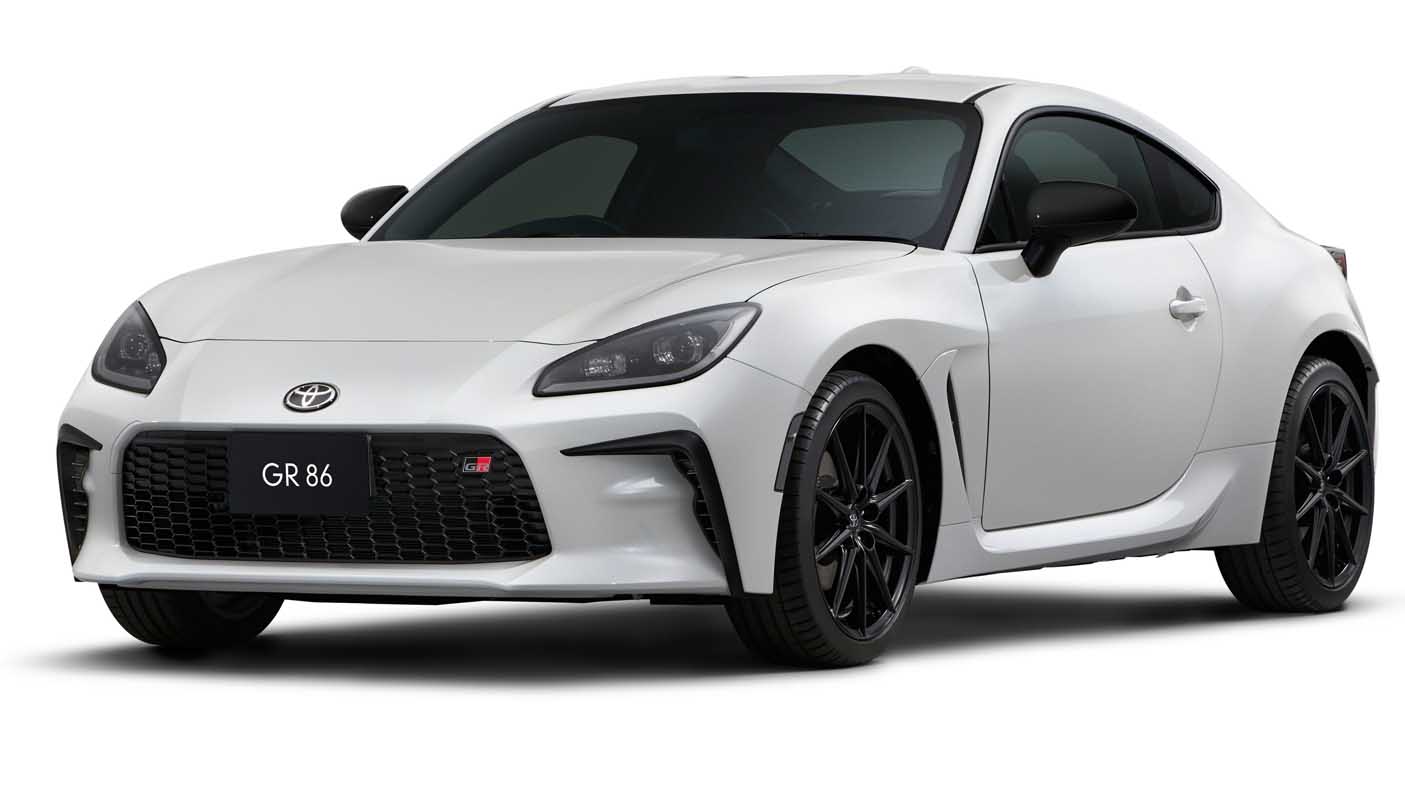 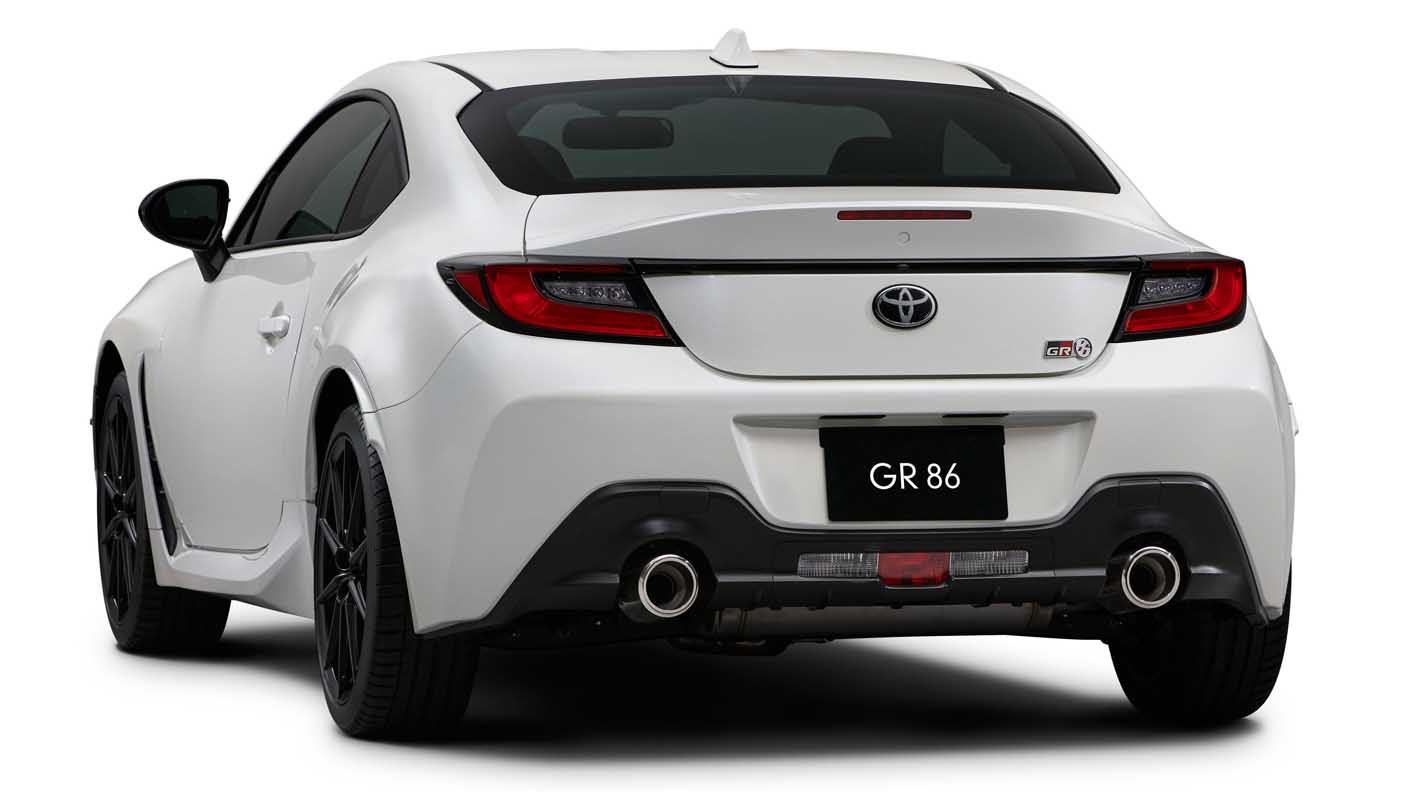 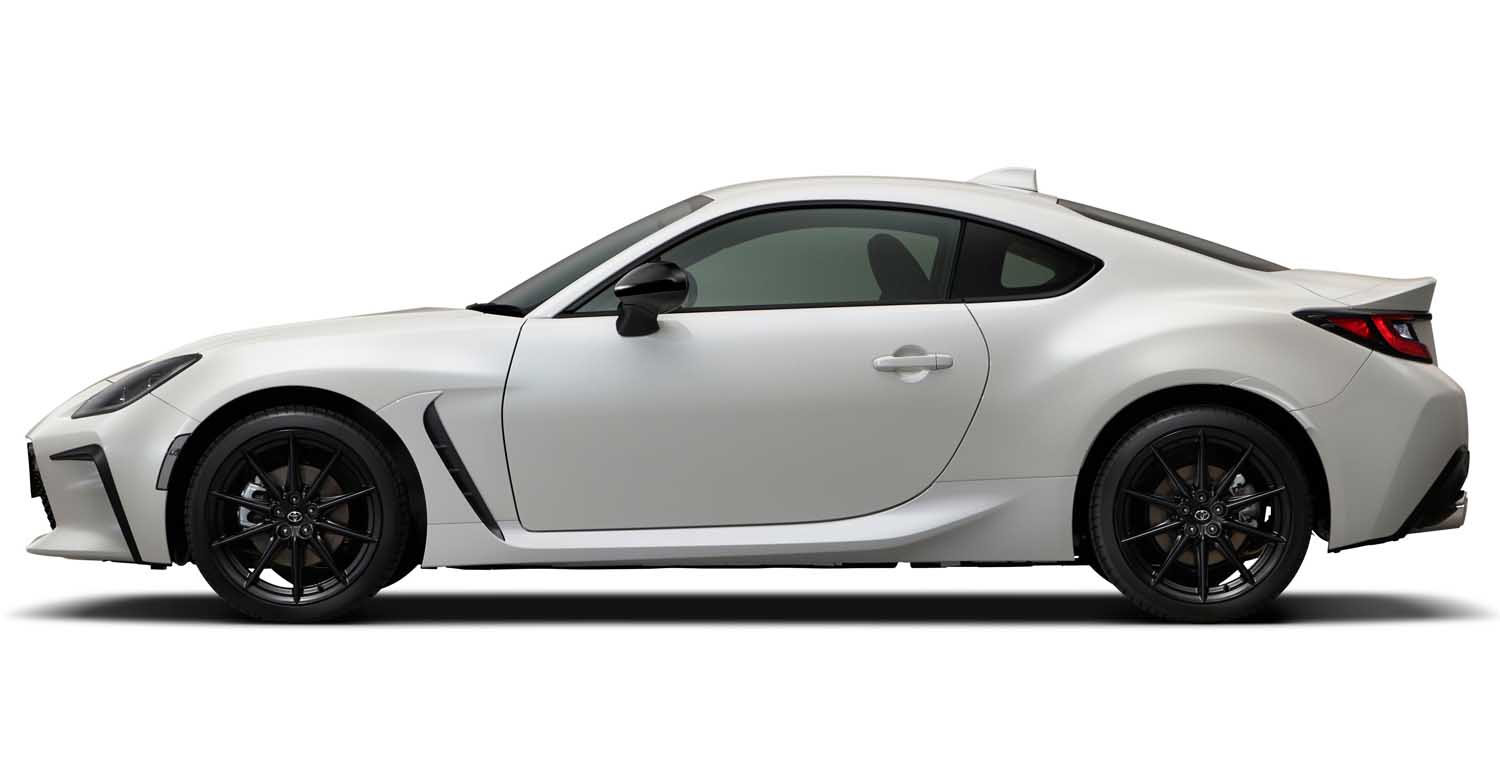 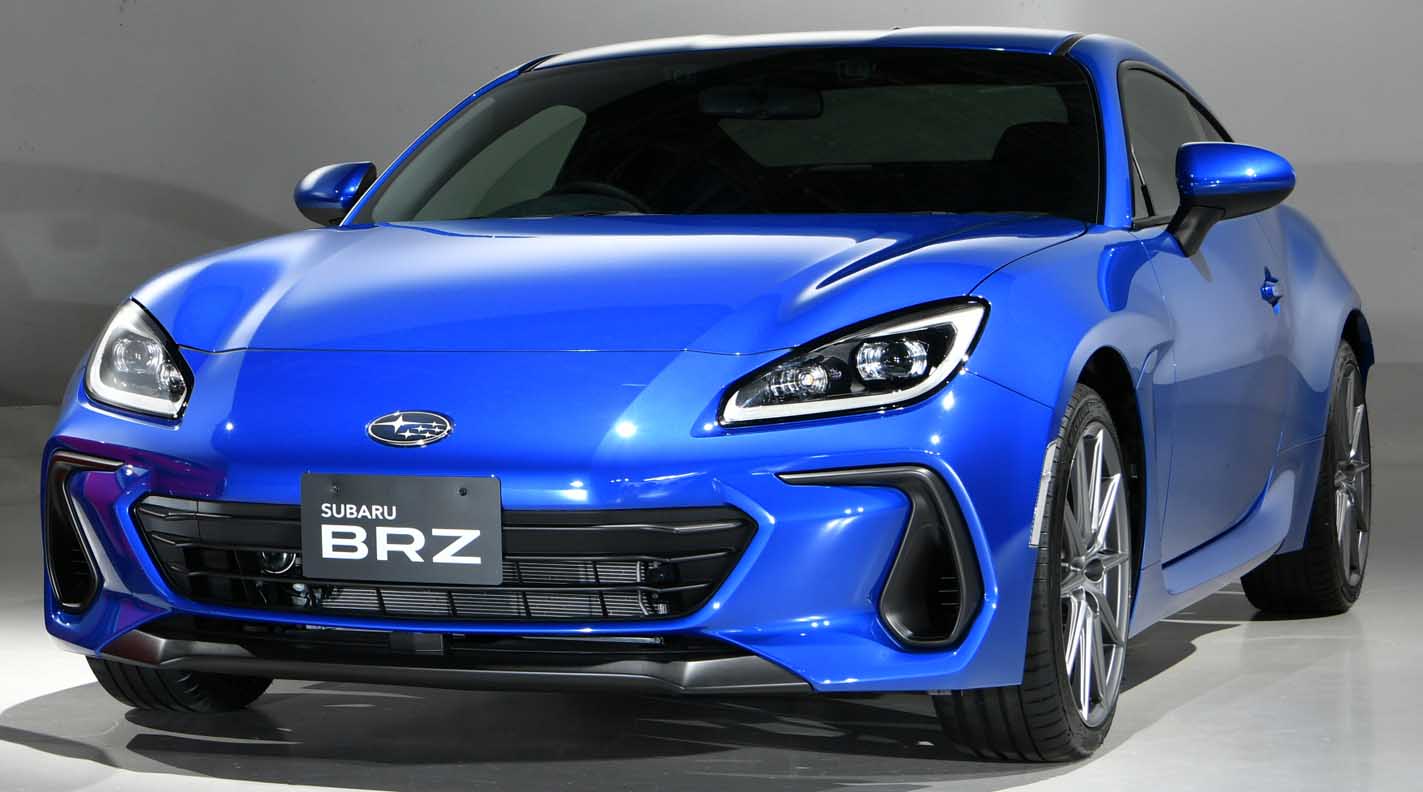 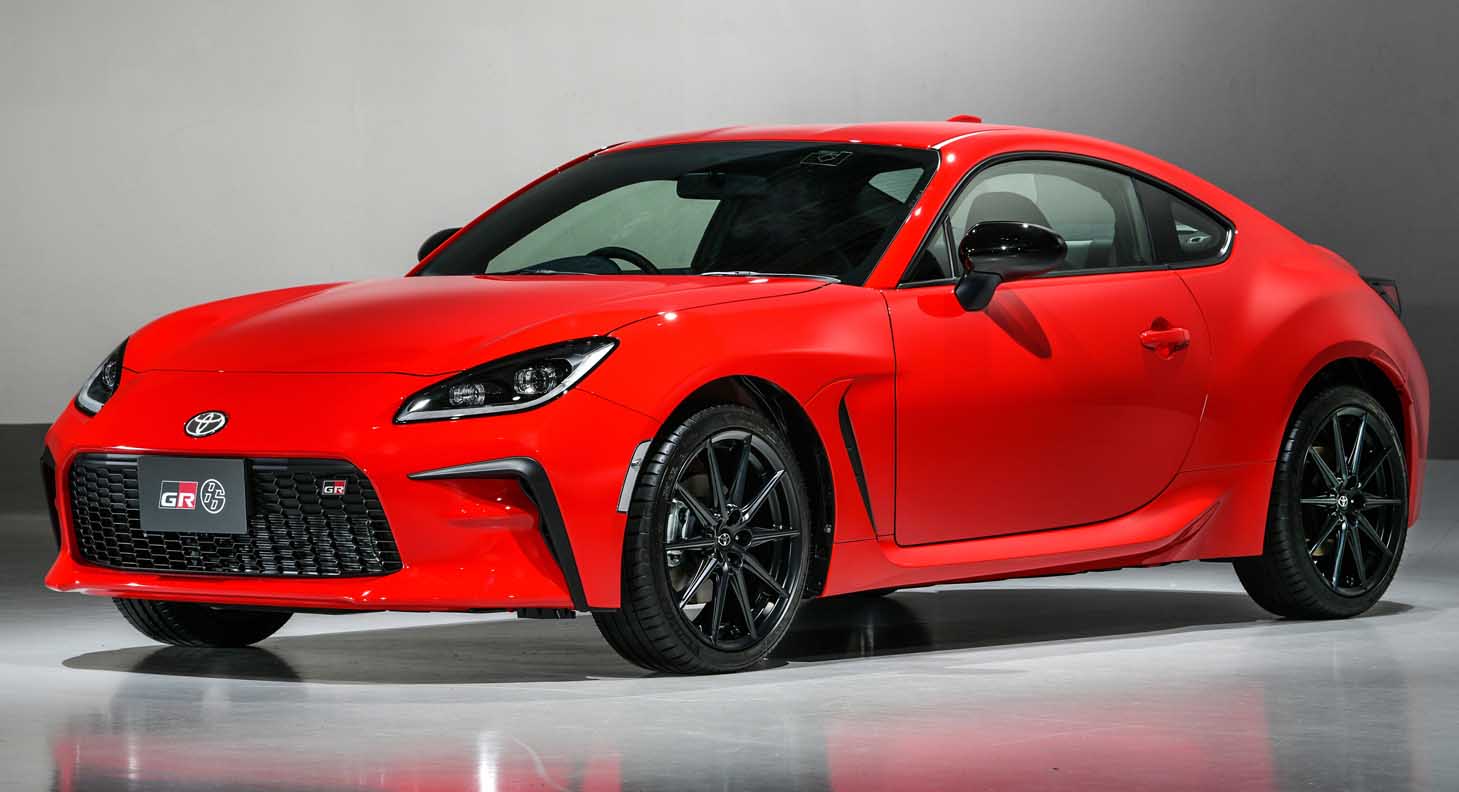 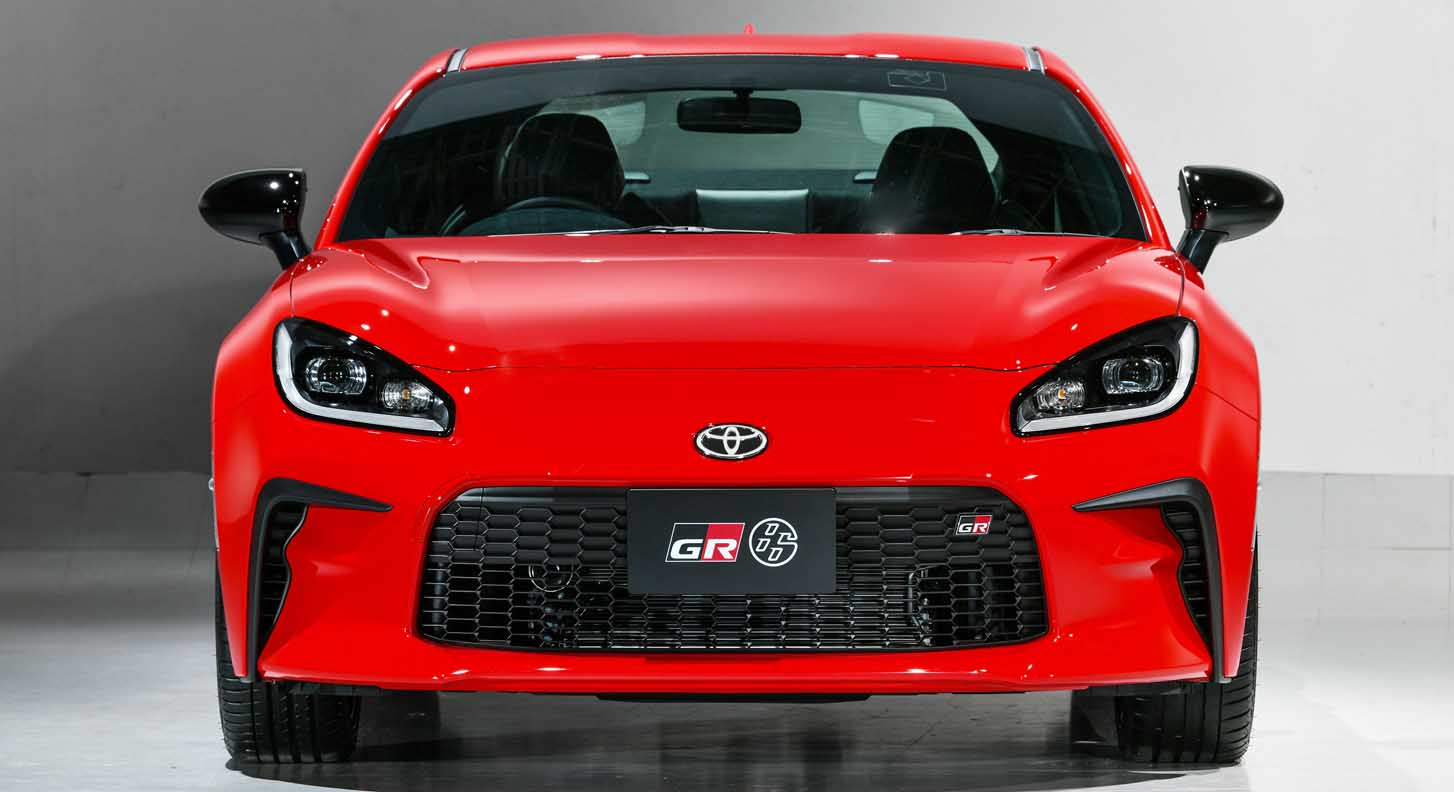 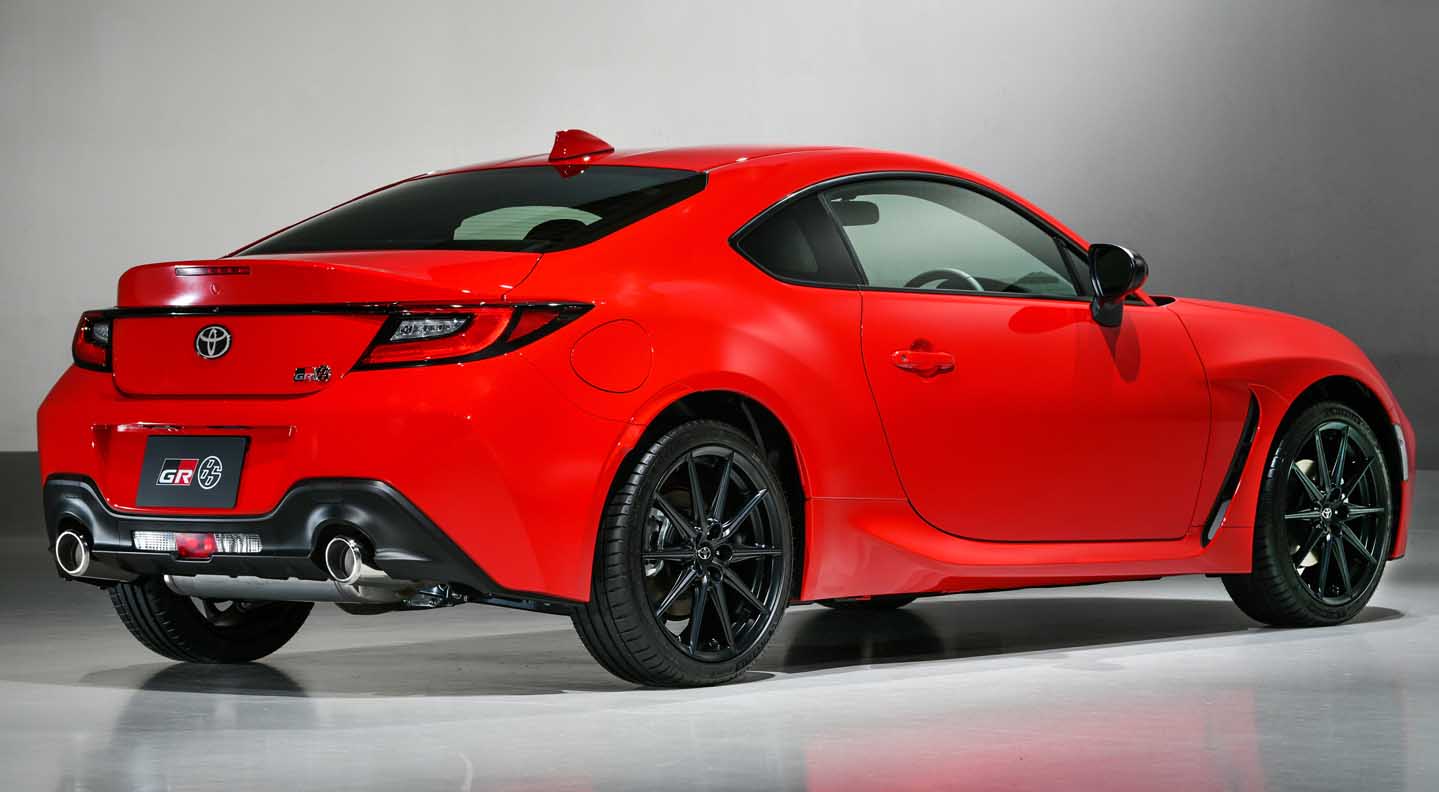 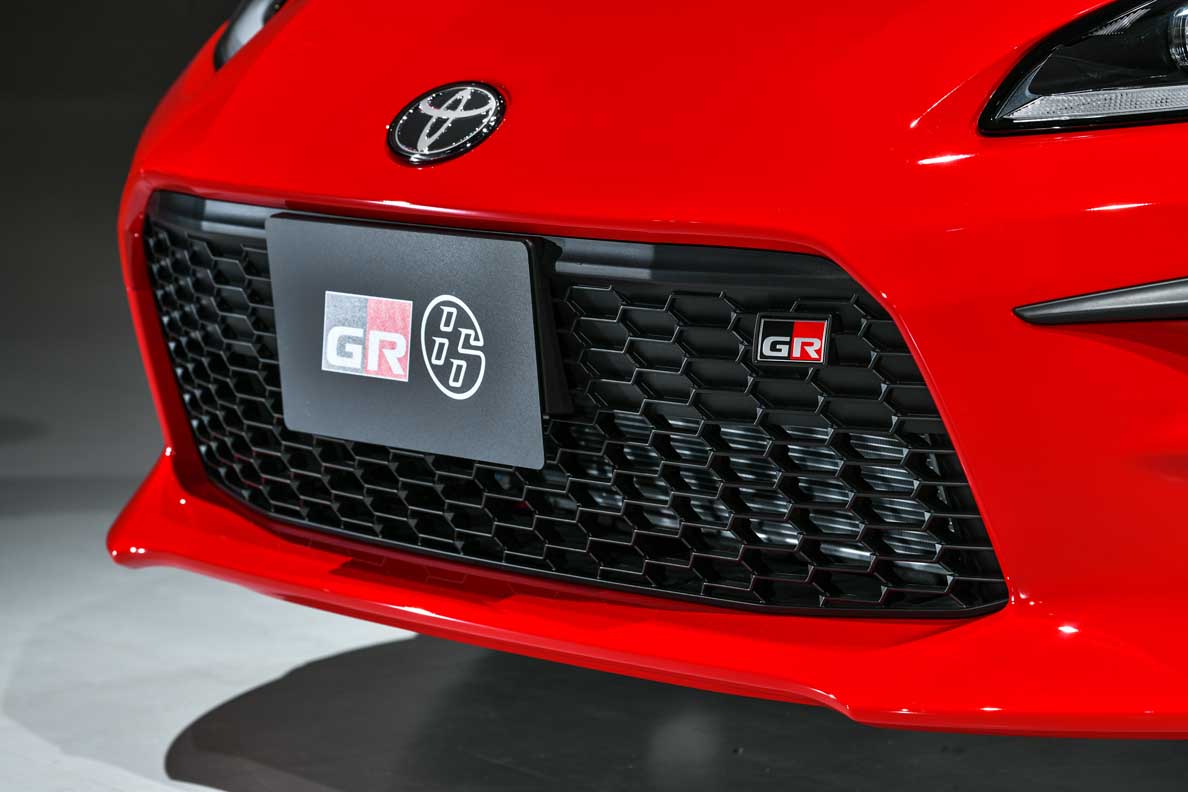 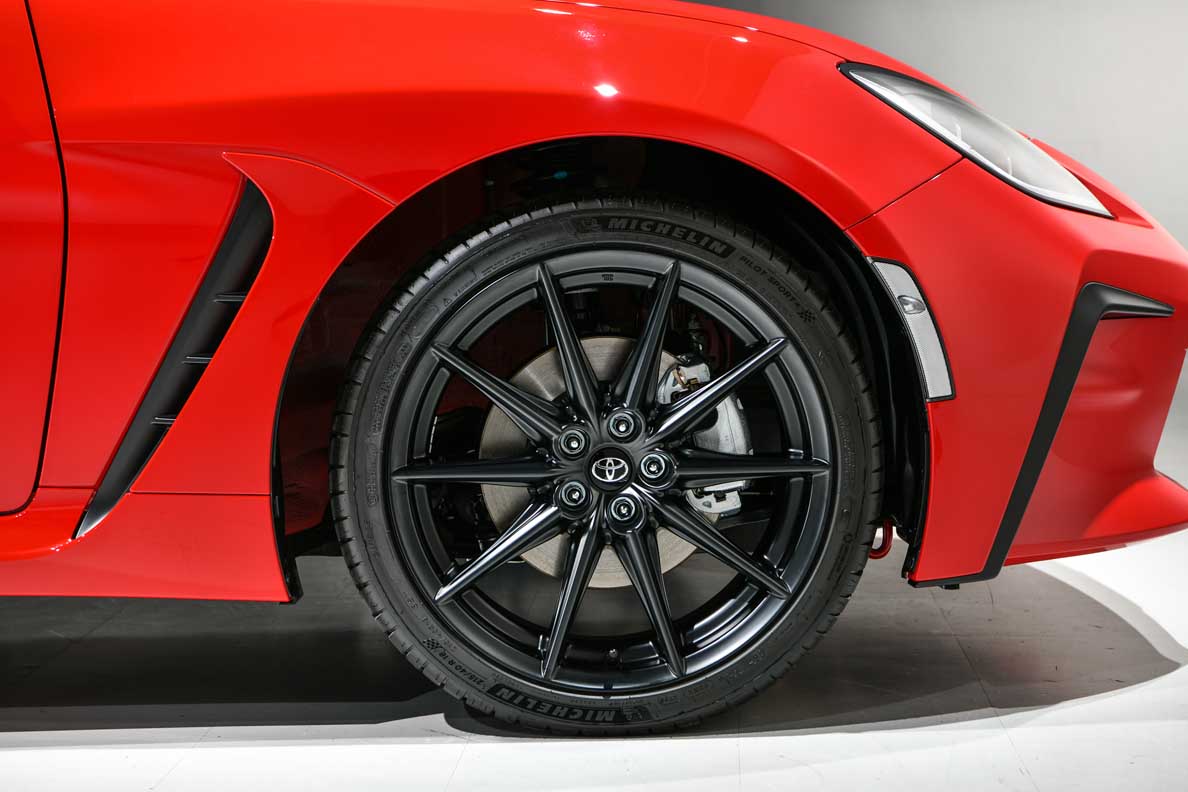 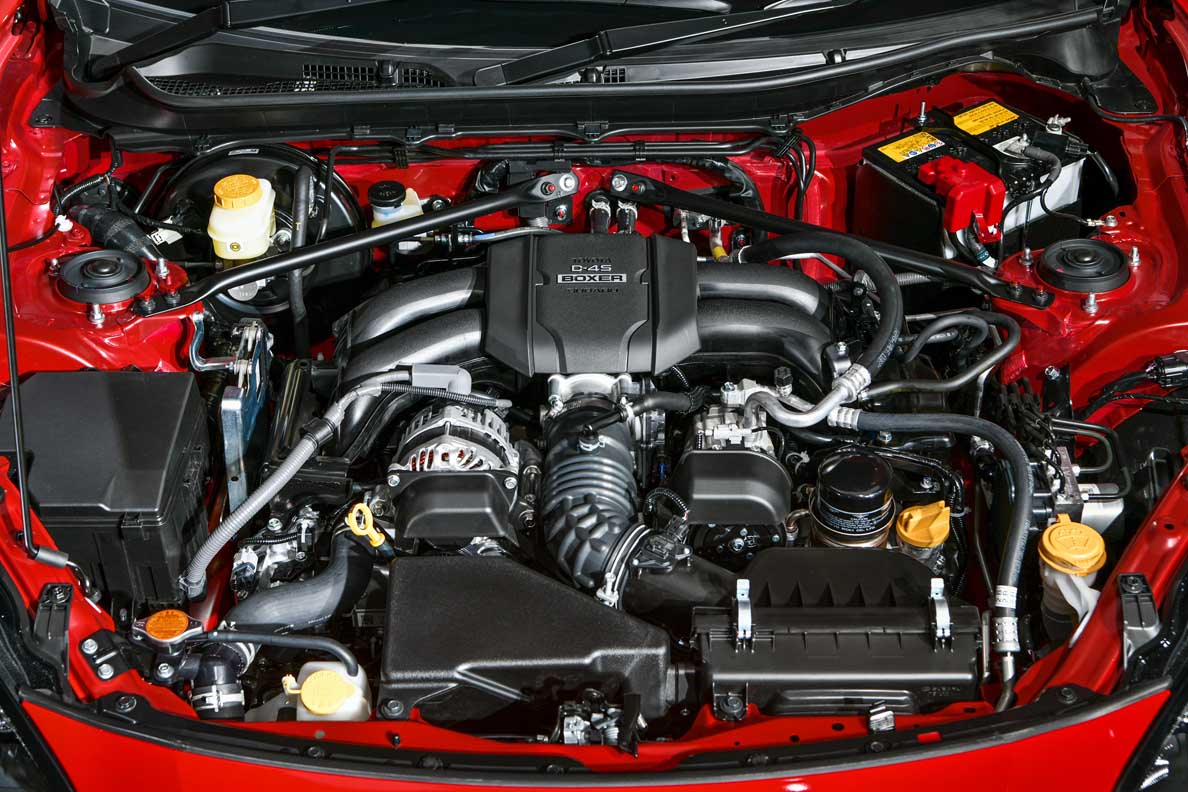 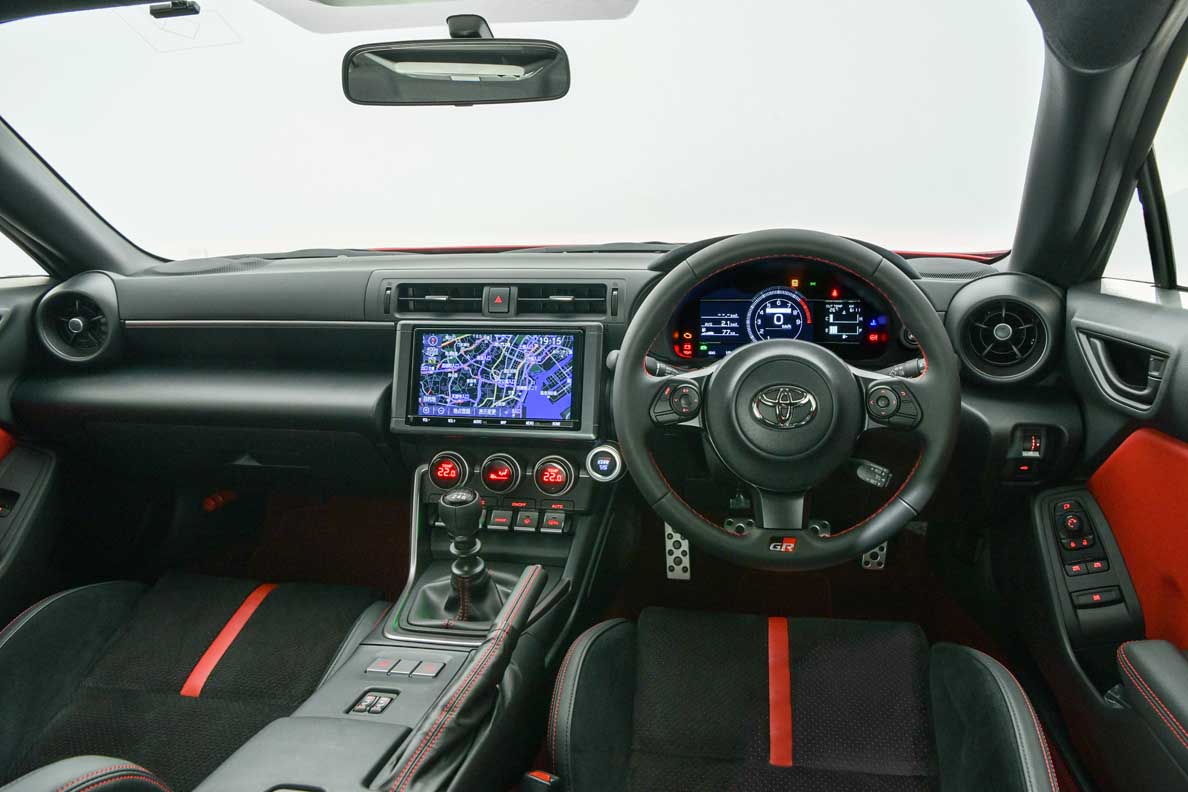 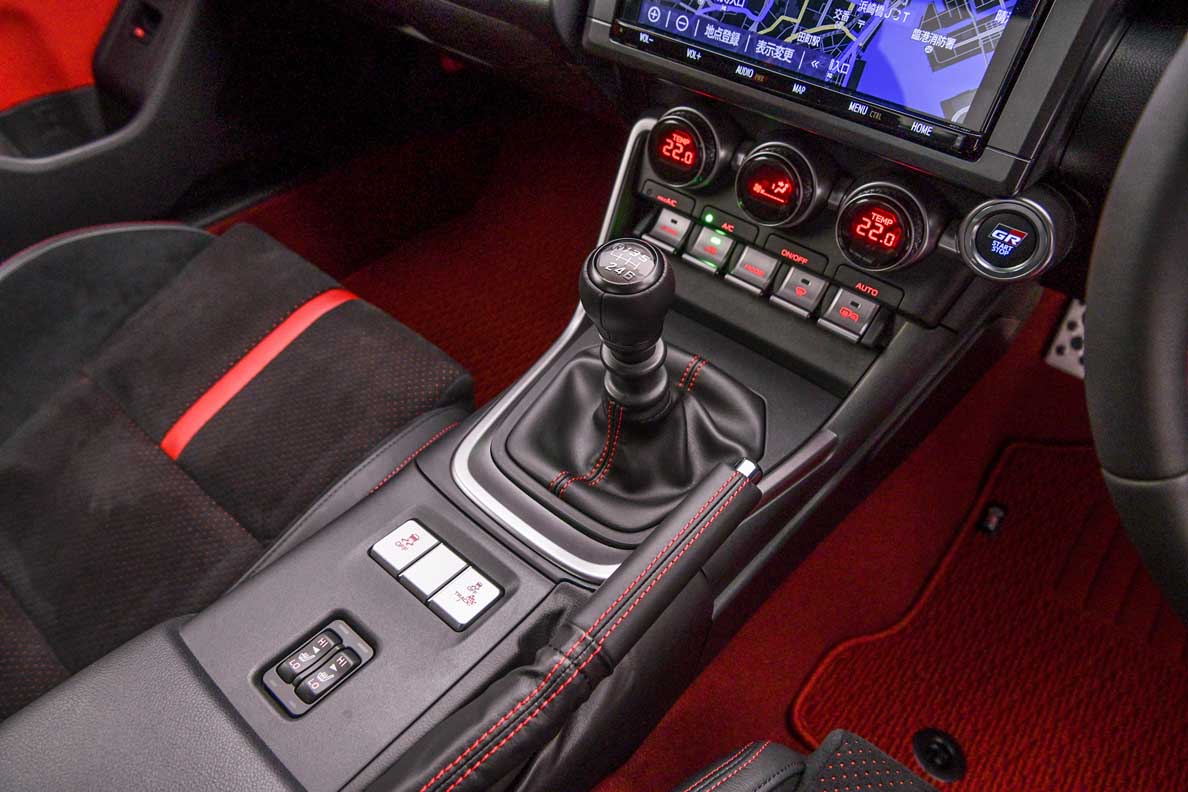 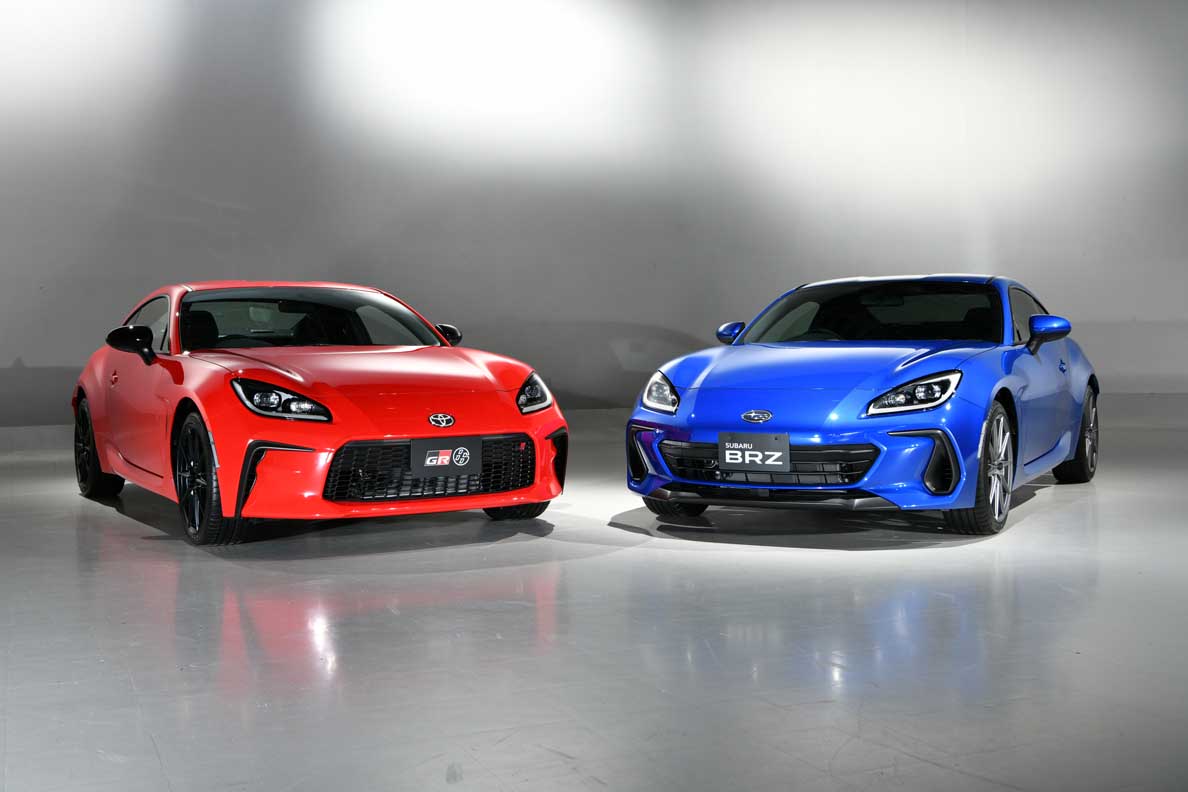