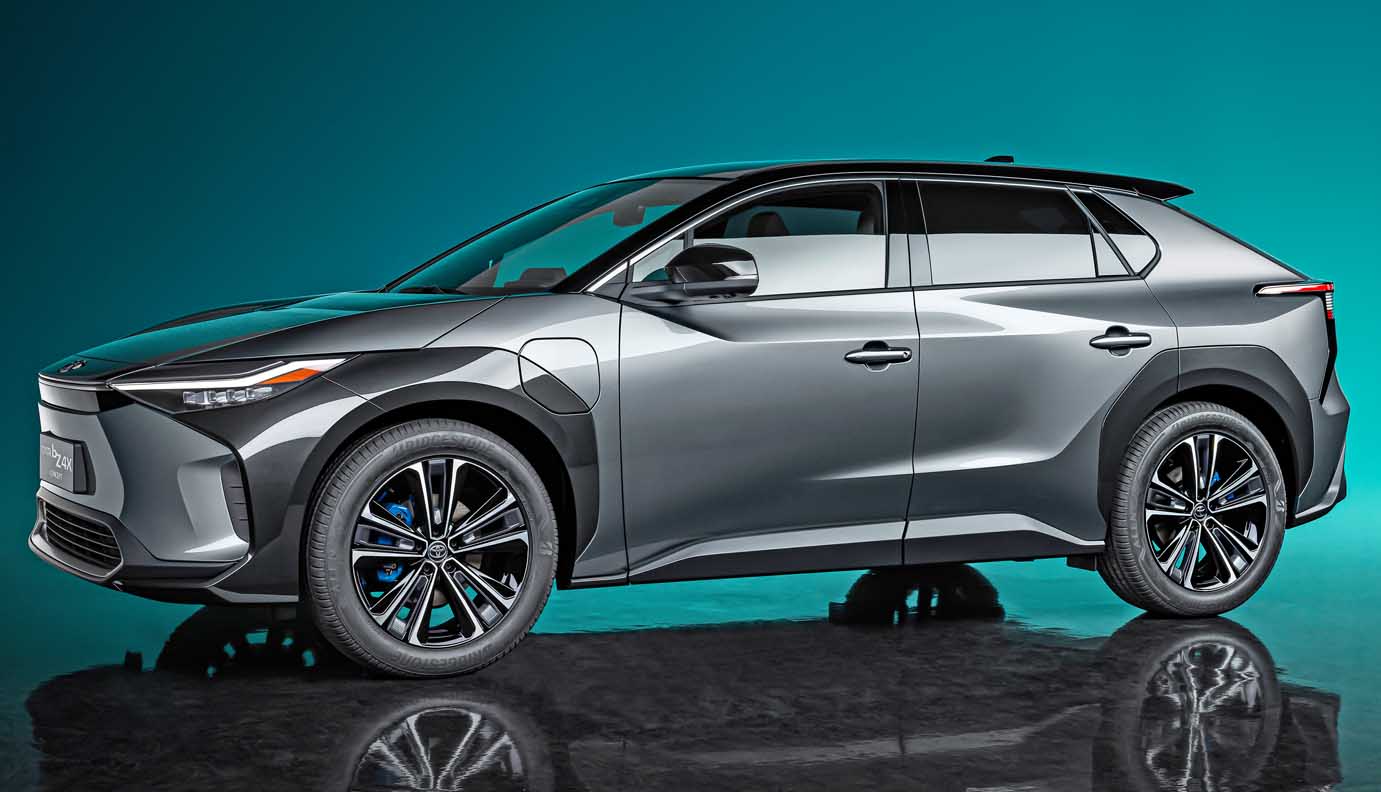 Toyota presented a concept version of the forthcoming Toyota bZ4X at the 2021 Shanghai Motor Show – previewing the first in a series of zero emission battery electric vehicles (BEVs).

The Toyota bZ4X Concept, a medium-size SUV with all-wheel drive, is integral to Toyota’s transition from a pure car company to a business dedicated to delivering better mobility for all.

The ‘bZ’ is an acronym for ‘beyond Zero’, reinforcing Toyota’s commitment to not only achieving zero carbon emissions and carbon neutrality, but also going beyond to realise new benefits for the environment, for individuals and for society as a whole.

The new Toyota bZ4X Concept has been developed by Toyota Motor Corporation (TOYOTA) in partnership with Subaru Corporation (SUBARU), drawing on the specific skills and experience of each company. Sales of the production version are expected to commence around the middle of 2022.

The Toyota bZ4X Concept is a vehicle that is more than just a means of transport; serving also as a comfortable and connected space where people can enjoy spending time together when making a journey.

Chief Engineer Koji Toyoshima said: “Our target customer is someone who places importance on time spent together with family and friends. When they want to enjoy such times, Toyota bZ4X Concept can serve as a hub for them.”

Toyota bZ4X Concept’s exterior design anticipates people’s high expectations of an electric vehicle driving experience without having to make compromises. Its overall form marries dynamism and utility: the SUV has a characteristic high driving position, but still appears planted on the road. The bodywork presents sensuous surfaces, combined with precise and high-tech styling.

The front of the car – an instant point of recognition for any vehicle – dispenses with the familiar grille and instead features an arrangement of sensors, lights and aero elements in a distinctive “hammerhead” form, generating a new attitude and road presence.

The Toyota bZ4X Concept is built on the new e-TNGA modular platform, developed specifically for electric vehicles. A long wheelbase and short overhangs help create a notably spacious and open cabin. In fact, rear leg room is equivalent to that of a large D-segment model.

The front cabin is designed around a “drive module” which gives the driver a sense of direct connection to the road and to important information. The low-set instrument panel opens up panoramic visibility and emphasises the sense of space. Controls are grouped around the centre console, designed for easy recognition and operation. The digital driver’s instrument display is positioned above the steering wheel, so only minimal eye movement is required to register information. 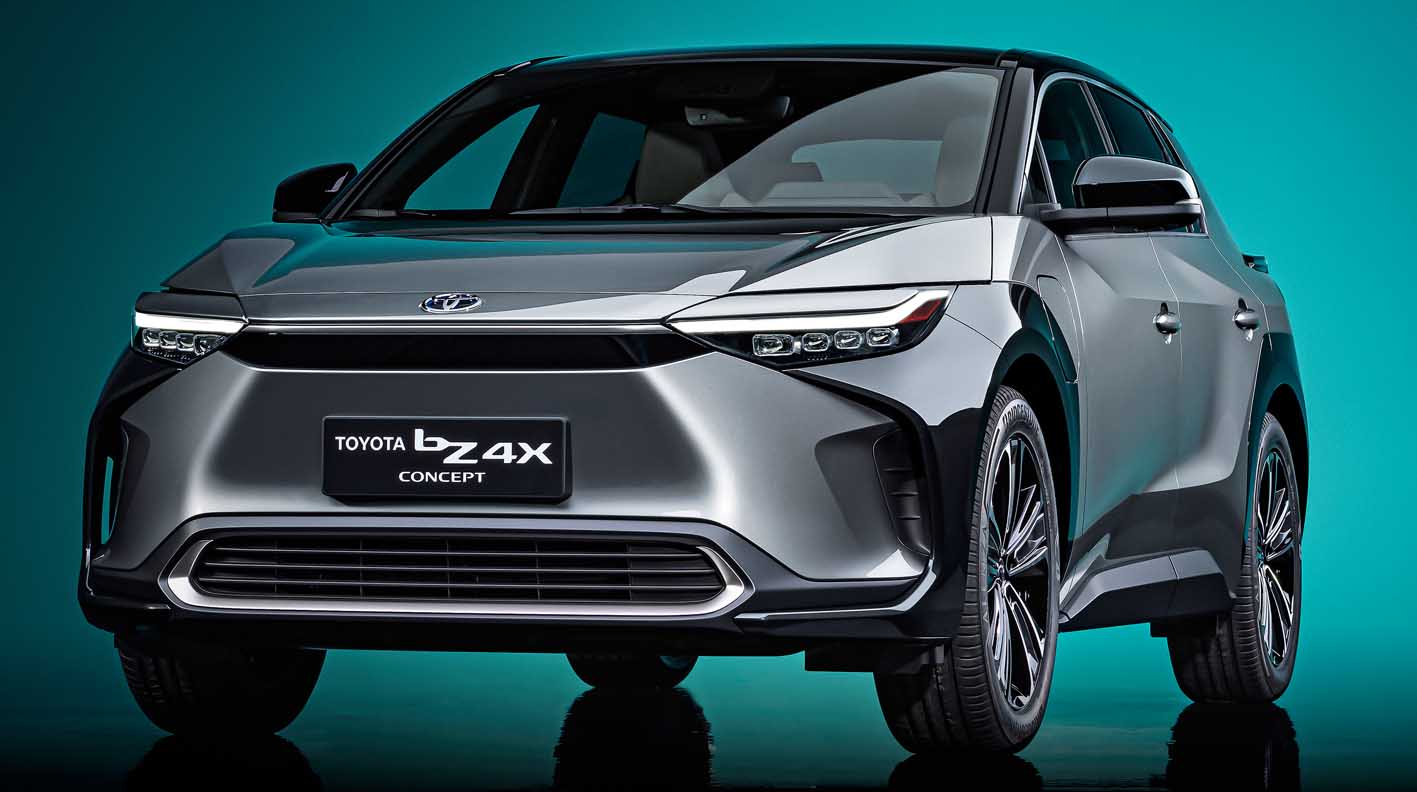 Battery management as a key to optimise driving range

The development programme has reaped the benefits of more than 20 years of Toyota’s leadership in vehicle electrification and the company’s brand-defining quality, durability and reliability. This has ensured the electric powertrain – motor, control unit and battery management system – deliver class-leading efficiency and a very competitive driving range.

The car’s environmental profile is further strengthened by an on-board solar charging system, which enhances the distance that can be covered. Thanks to Toyota’s extensive experience in developing battery technology for its hybrid electric and plug-in hybrid electric models, the larger, more powerful battery required for Toyota bZ4X Concept has been engineered for reliable, lasting performance, maintaining the car’s driving range, even in cold climates.

The all-wheel drive system, delivered by electric motors on the front and rear axles, has been developed together with Subaru. The rich heritages and deep expertise of both Toyota and Subaru have been combined to deliver a high all-wheel drive capability that sets Toyota bZ4X Concept apart in its segment. The system gives Toyota bZ4X Concept genuine off-road capability that also delivers extra security and peace of mind for drivers in all on-road conditions.

Toyota bZ4X Concept will be available with a world-first combination of a steering yoke and a steer-by-wire system. This technology gives the driver greater control, removing interference from rough road surfaces and braking, thereby giving a more precise response in line with the vehicle’s speed and steering angle. Steer-by-wire also dispenses with the traditional, circular steering wheel, replacing it with a uniquely shaped steering yoke which eliminates the need for the driver to move their hands around the wheel as they make a turn, adding to the car’s fun-to-drive quality.

This new series of battery electric vehicles will allow people to change from their current vehicle with no inconvenience, while realising all the benefits a fully electric car can offer. This is achieved through human-focused development and by providing mobility that’s tailored to people’s real lives and experiences. Chief Engineer Toyoshima explains: “This is not just about contributing to the environment by being a zero-emission vehicle but giving value ‘beyond Zero’ emissions by making driving easier and more fun”.

Toyota defines four aspects of ‘beyond Zero’, with the first and most important of them being “You and the Environment”, considering not just the energy the car uses to move, but also how it can make use of regenerative or renewable energy, such as solar power.

The second aspect is “You and Your Car”, by which a battery electric vehicle, designed on a dedicated platform, makes use of the latest technological features and provides excellent connectivity to provide safety, peace of mind and an enjoyable driving experience.

Thirdly, “You and Others” guides the creation of battery electric vehicles that have the spaciousness and quiet environment that will inspire people to interact and share experiences together.

Lastly, “You and Society” considers the wider impact on society – making the world a better place to live for everyone. 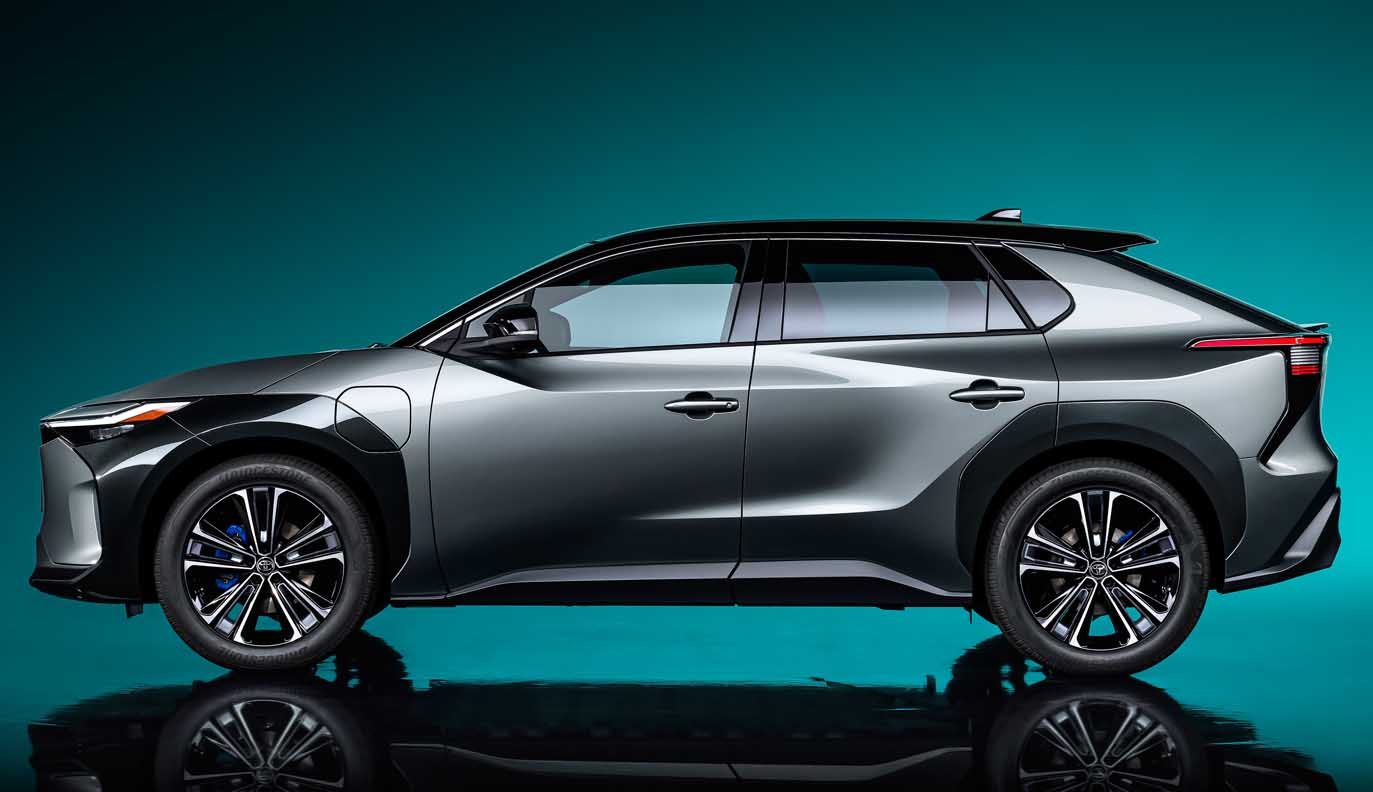 The new Toyota bZ4X Concept is the latest milestone in Toyota’s journey to achieve zero emissions that began more than 20 years ago with the launch of the original Prius, the world’s first mass-production hybrid electric car. Since that time Toyota has consistently pushed the boundaries of vehicle electrification, achieving ever greater efficiency from its hybrid technology and realising new opportunities with the development of plug-in hybrid electric and hydrogen fuel cell electric vehicles. To date, Toyota has sold more than 17 million electrified vehicles, saving around 140 million tons of CO2. Between 2010 to 2019, electrified technology has helped Toyota reduce its overall vehicle CO2 emissions globally by approximately 22%.

Toyota ‘bZ’ also signals that Toyota is looking beyond zero emissions when it comes to future mobility. With a key focus on ‘Delivering Ever Better Mobility For All’, beyond Zero also encompasses Toyota’s desire to create products and services that enhance the pleasure of driving, elevate the connected experience and keep all road users safe & protected. And ultimately to create better societies around the world.

To accomplish this, Toyota has pursued a wide choice of electrified technologies, to suit the demands of different markets and types of vehicle use – HEVs, PHEVs, FCEVs and BEVs. In addition, developing hydrogen as a plentiful source of clean energy adds a further dimension, with fuel cell technology applicable to many different forms of transport – not just FCEVs, but also heavy trucks, trains and shipping – and for use in stationary and mobile electricity generators. 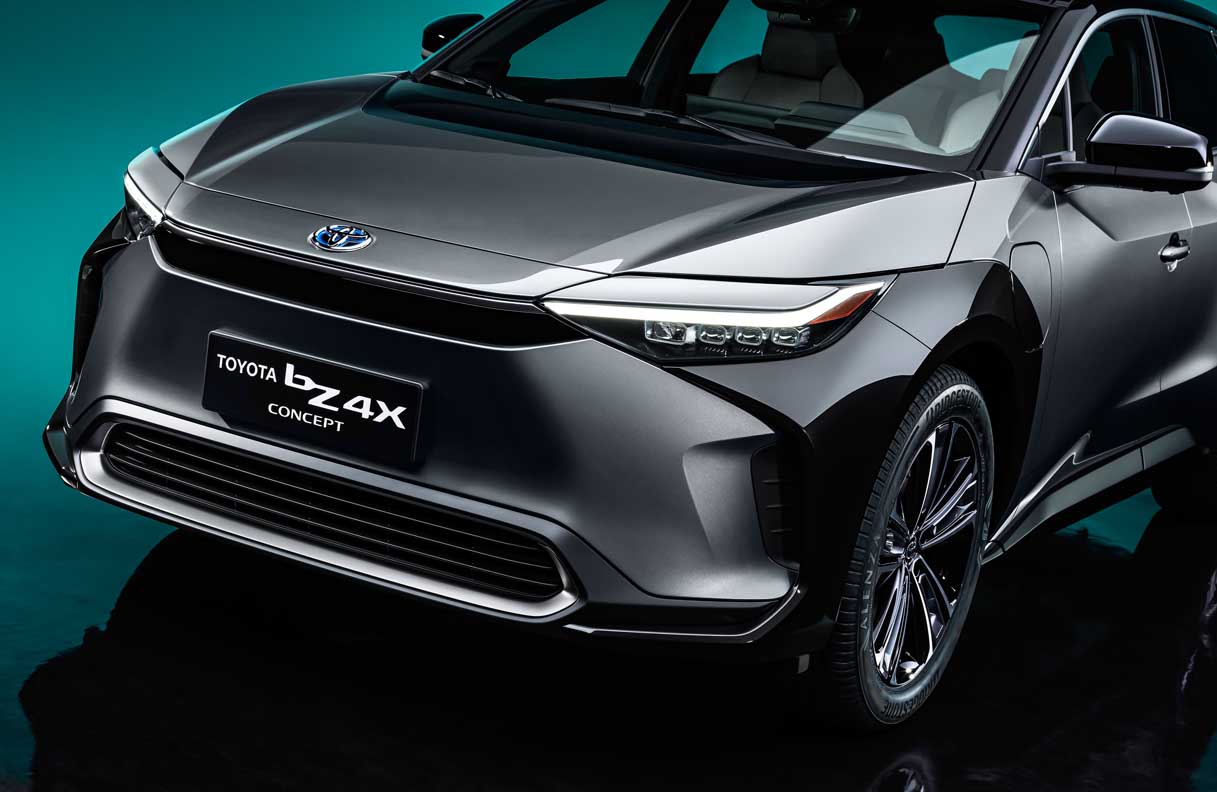 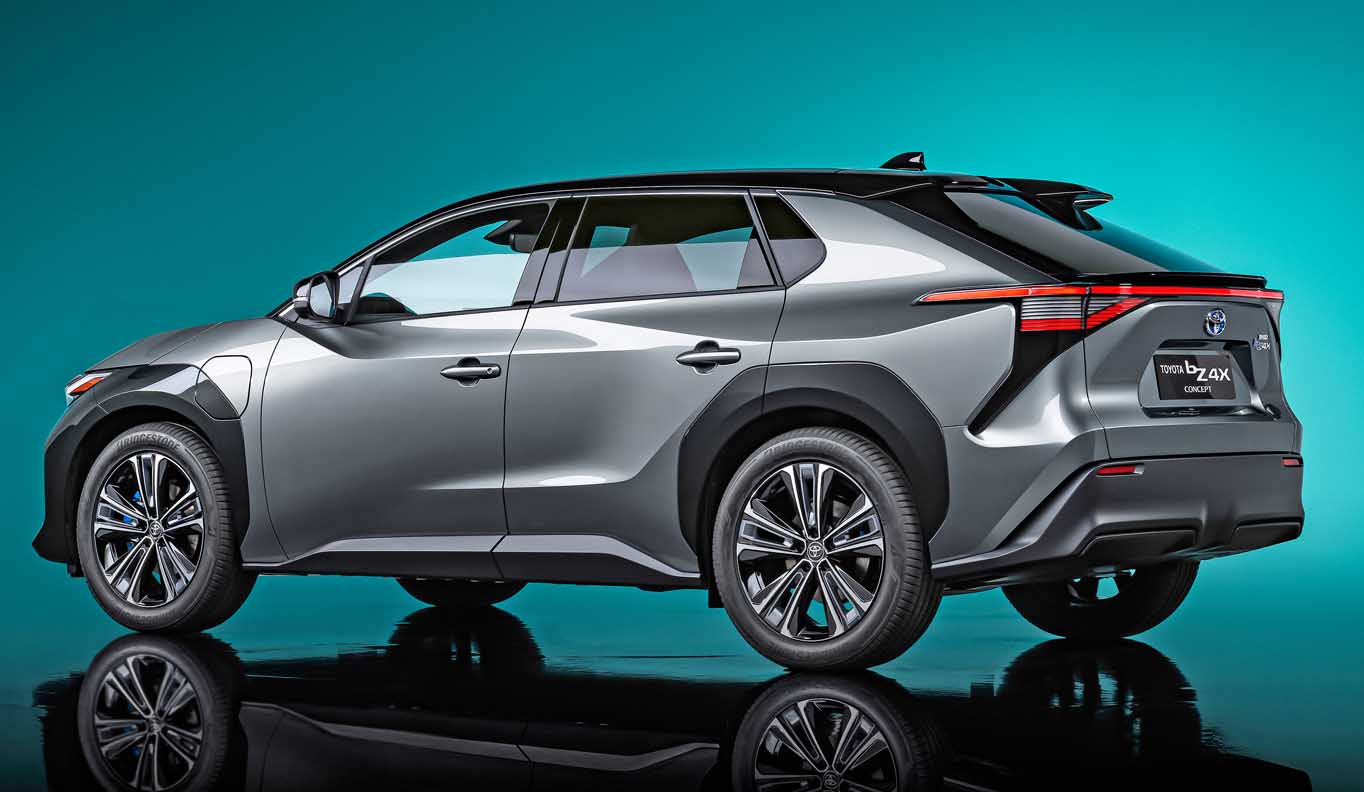 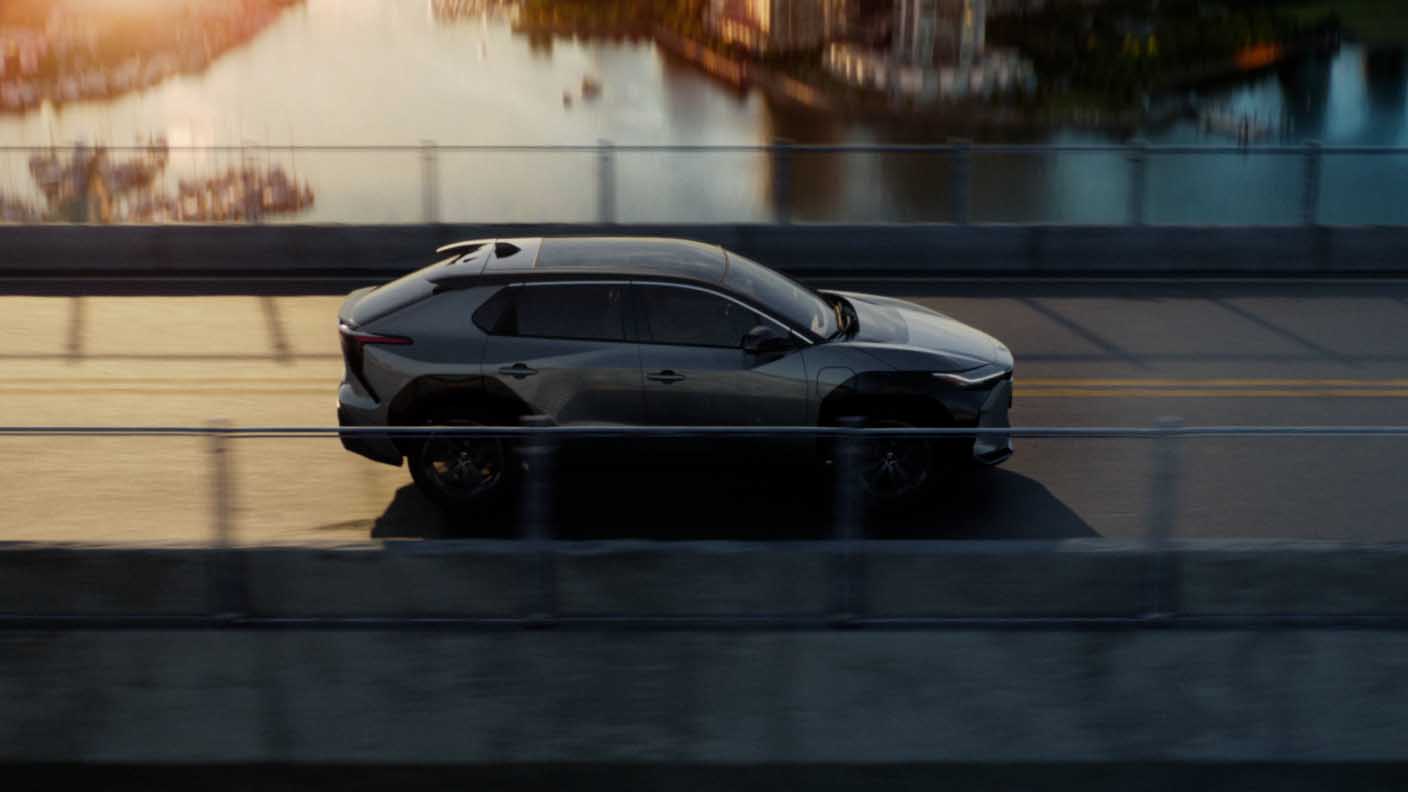 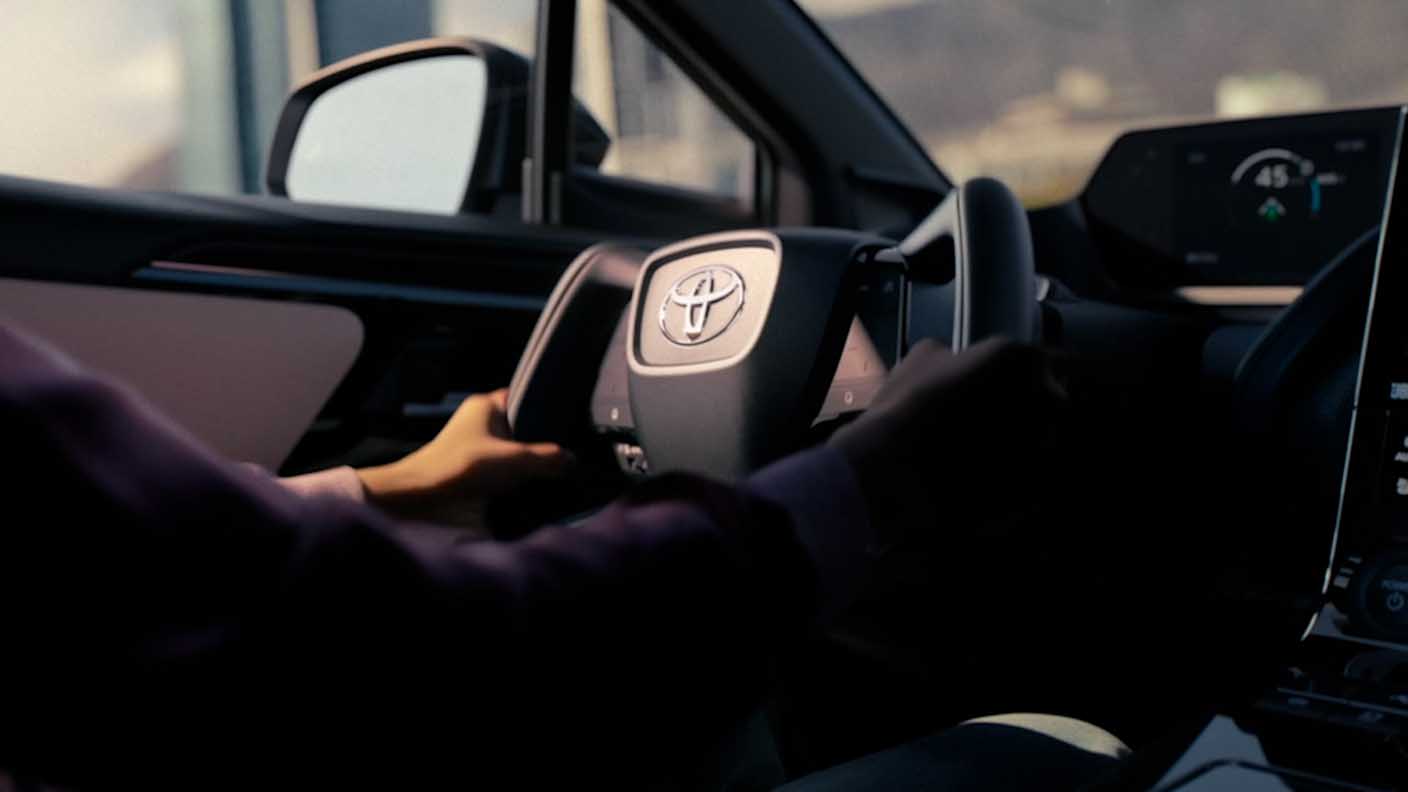 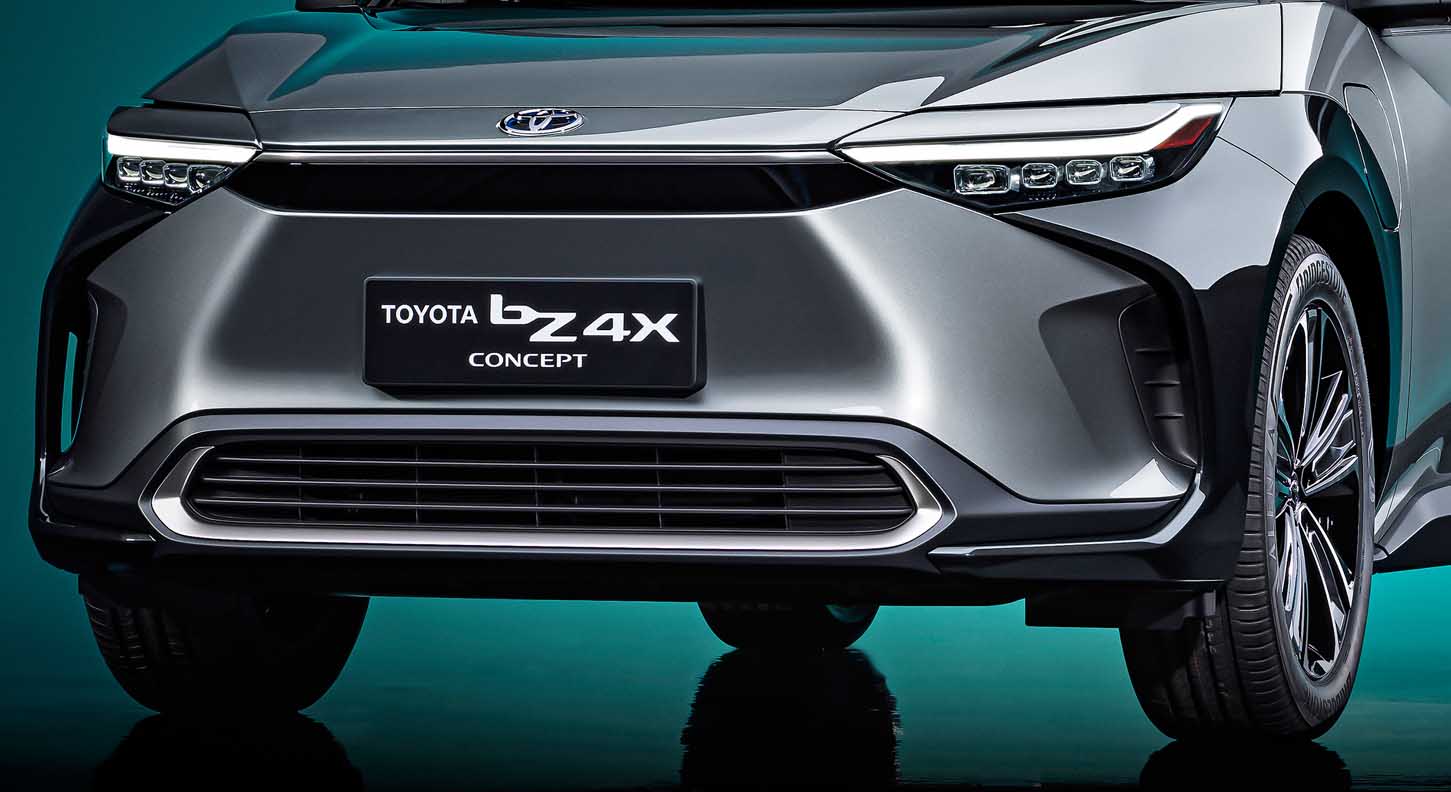 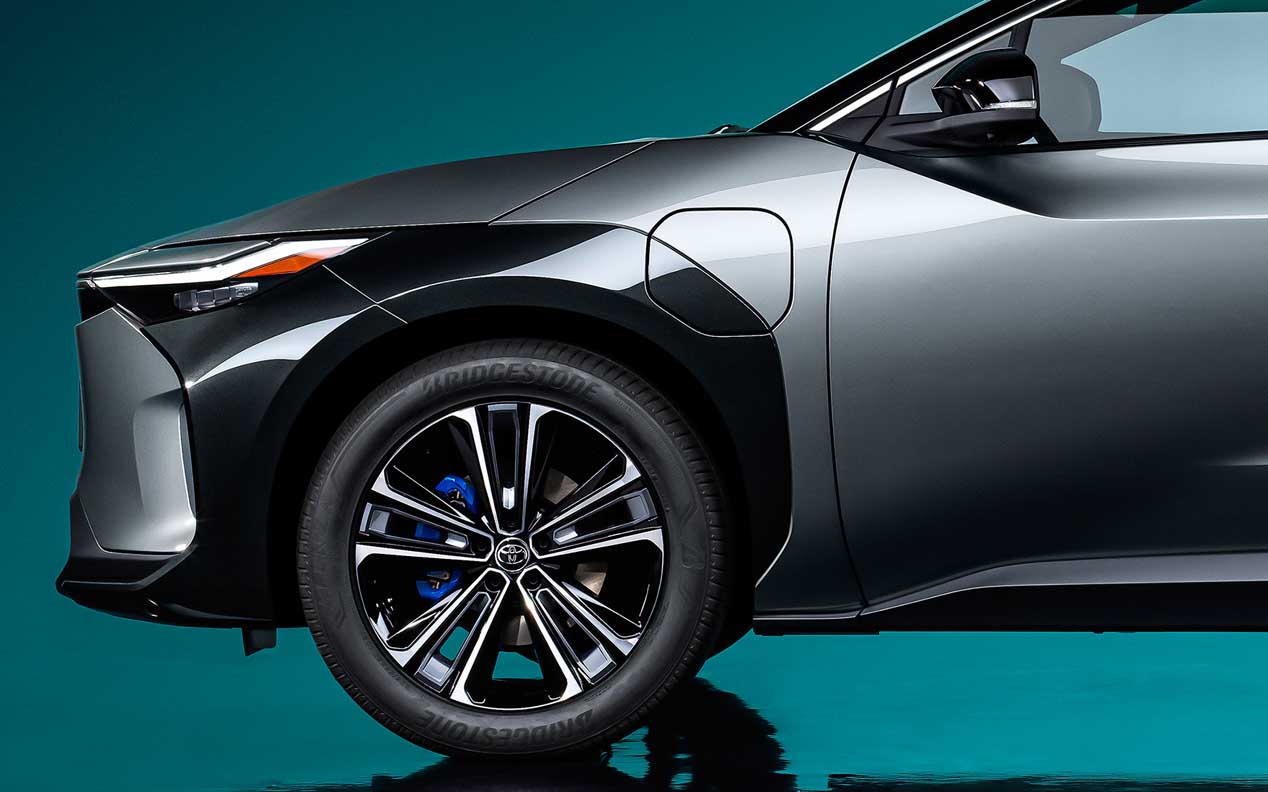 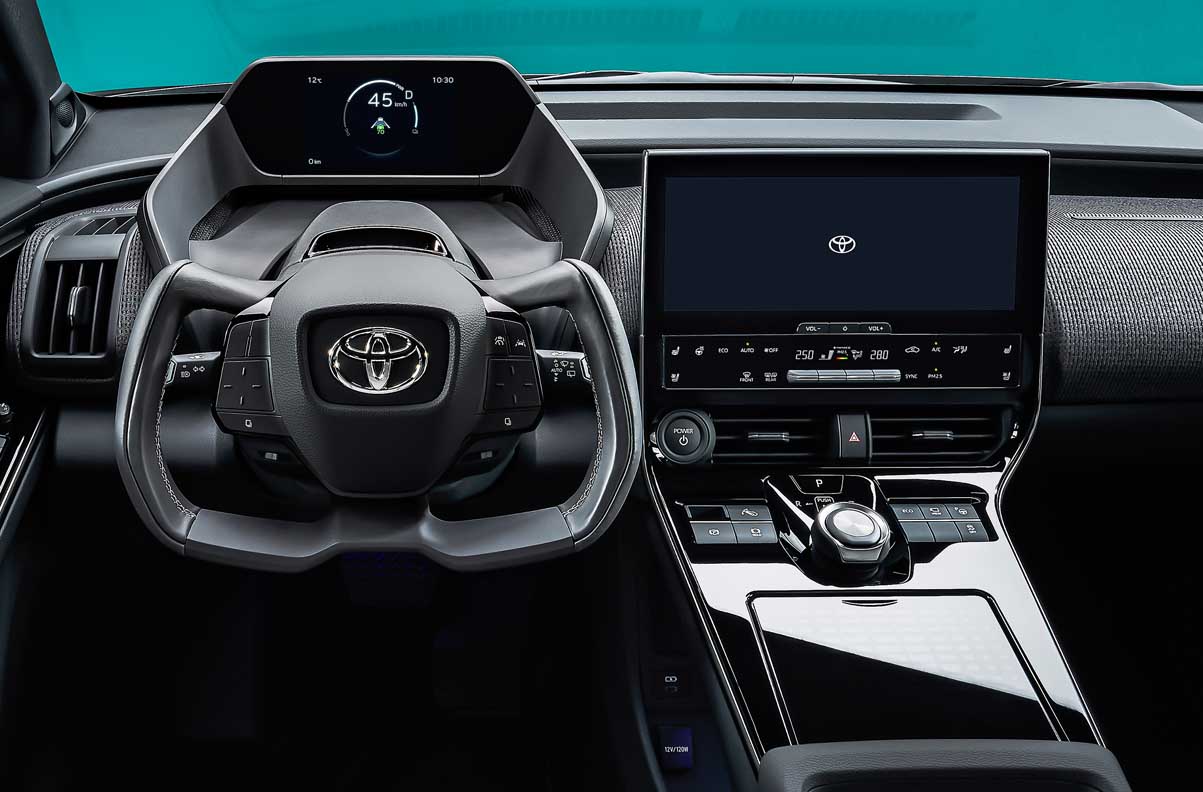 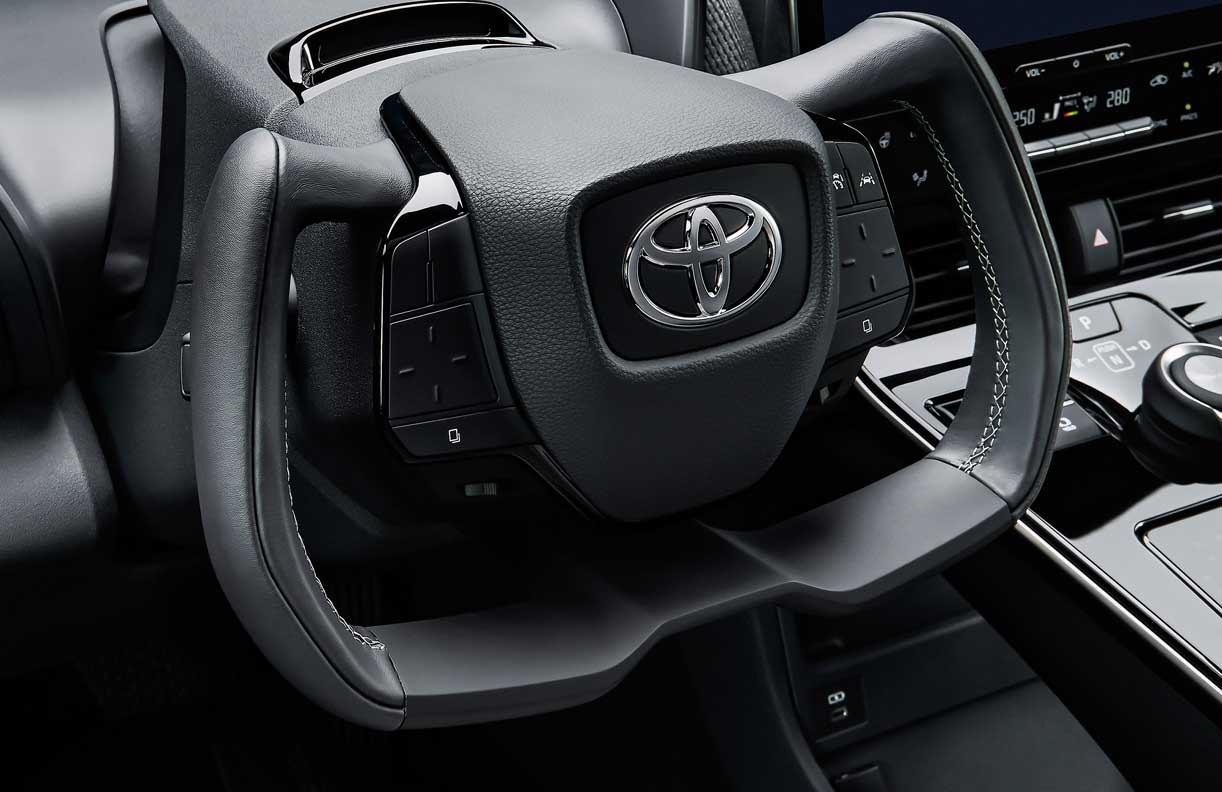 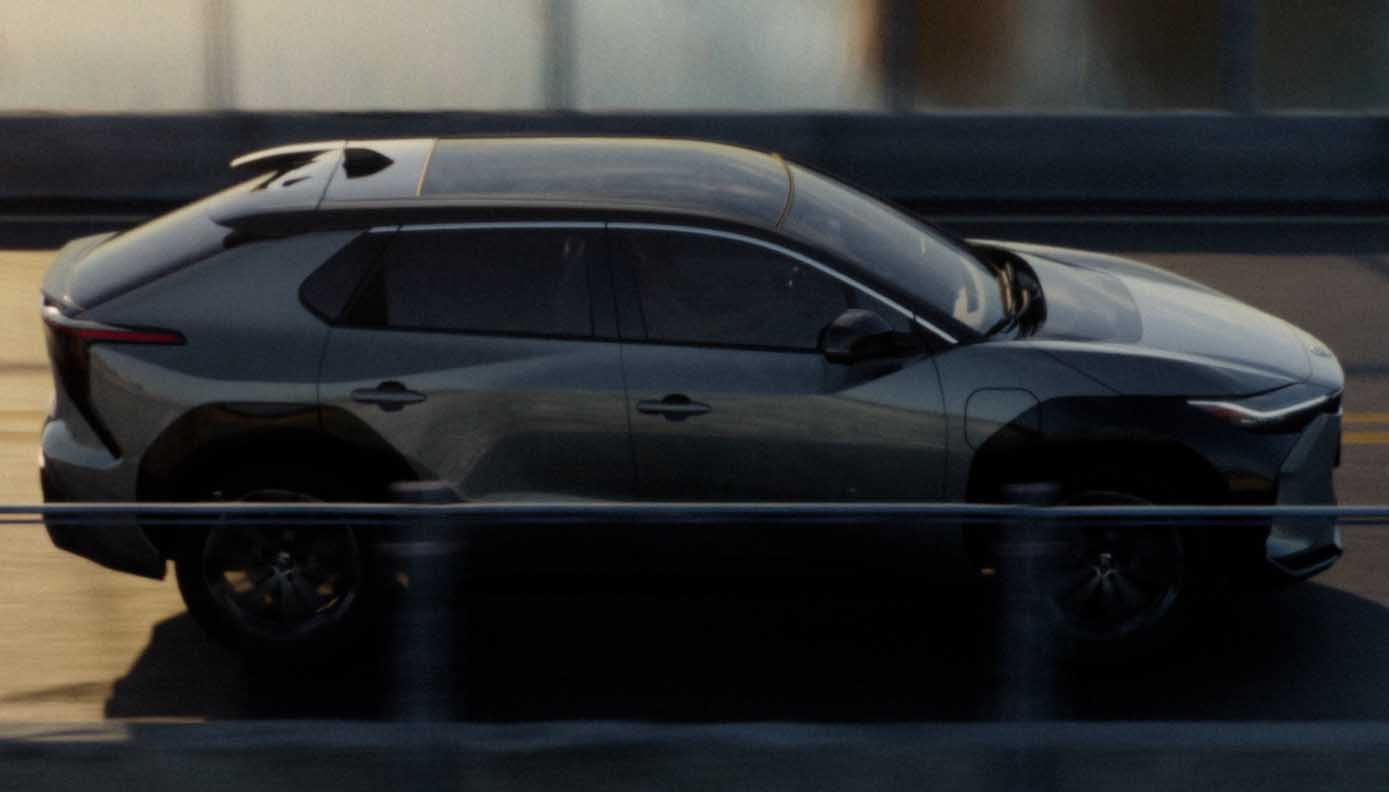 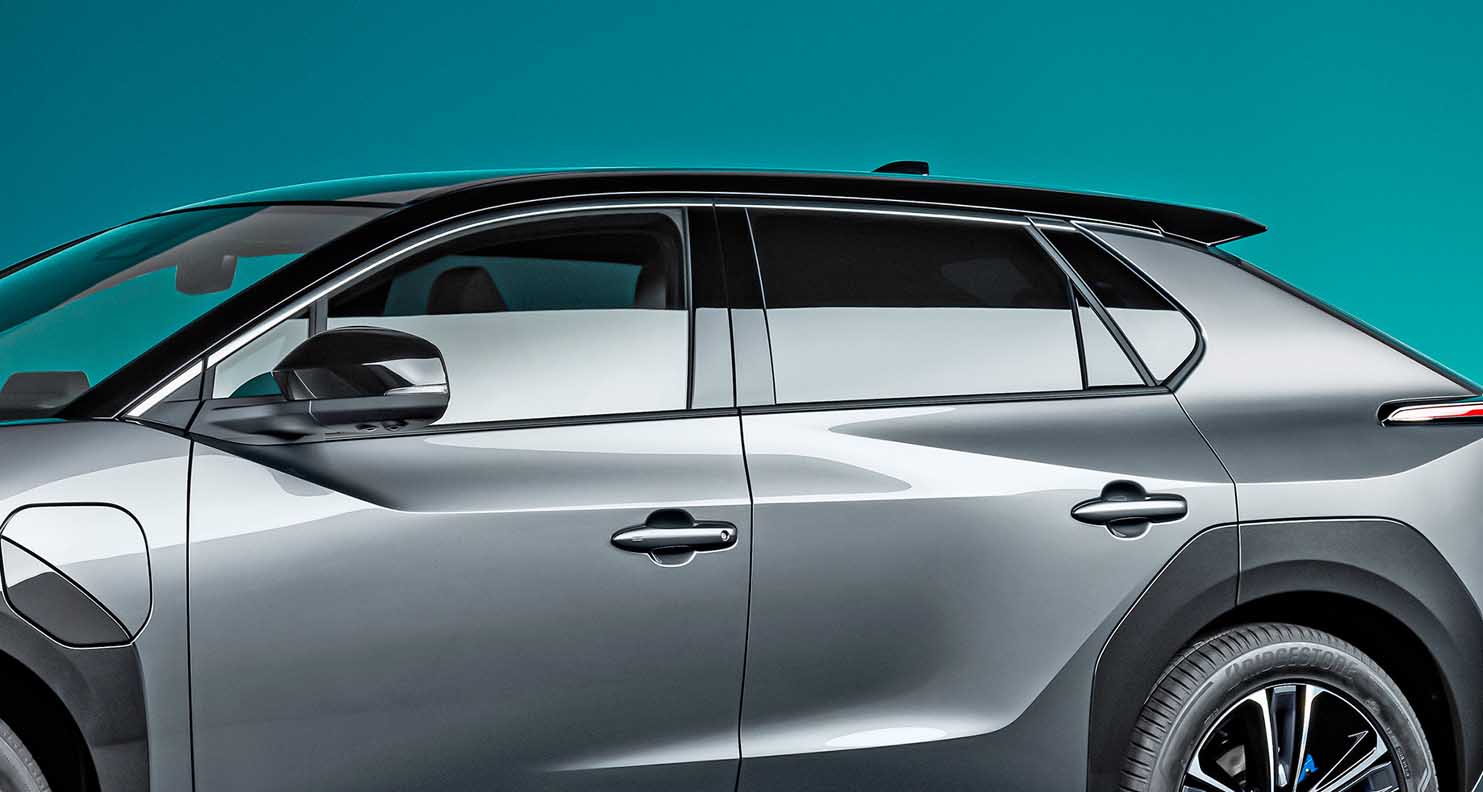 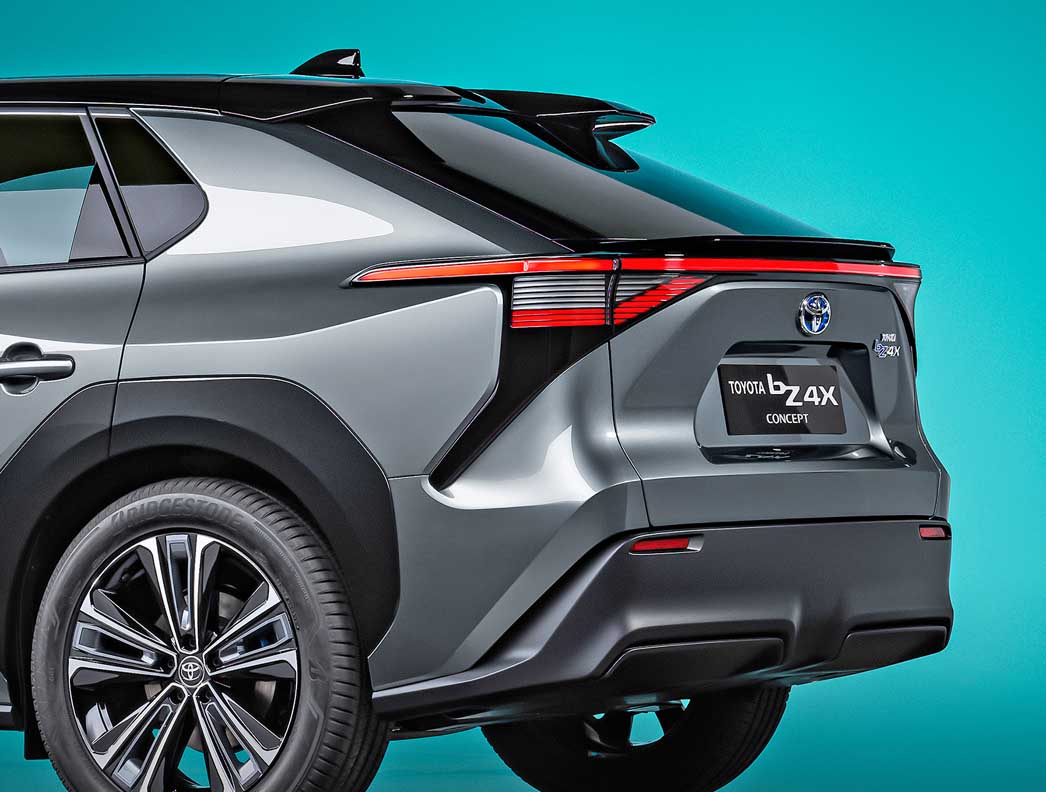 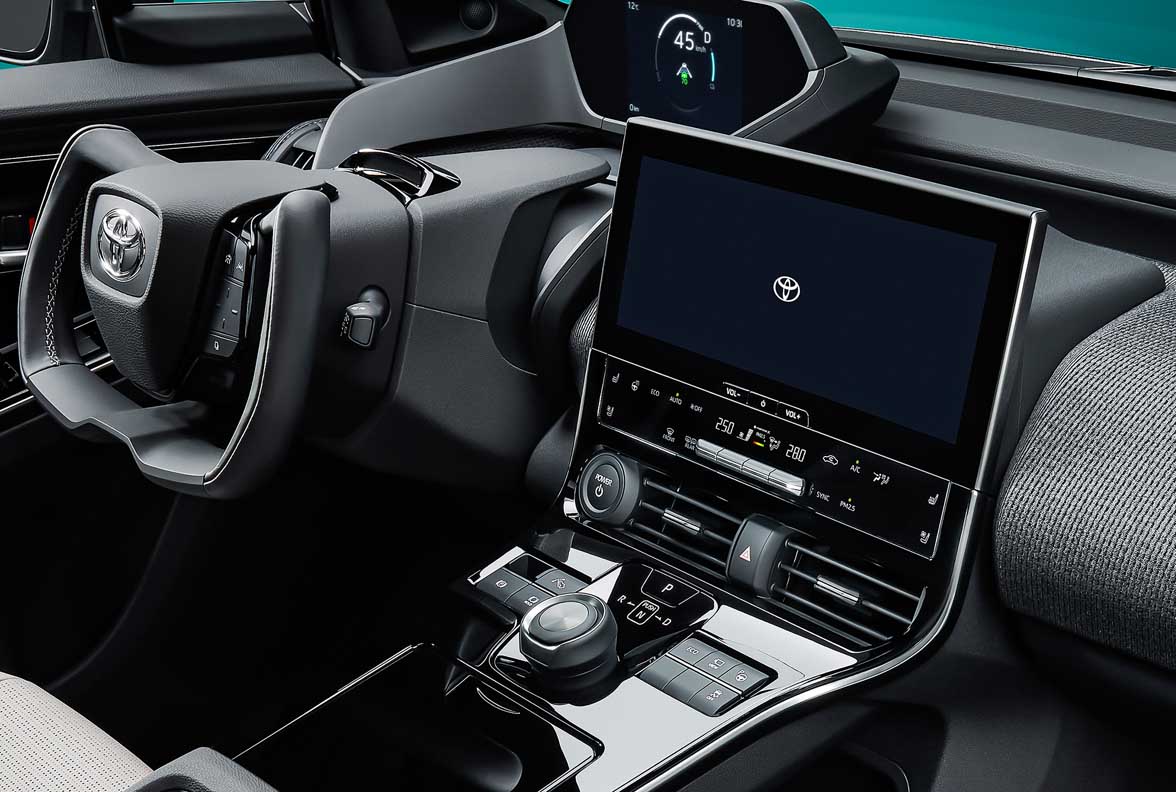 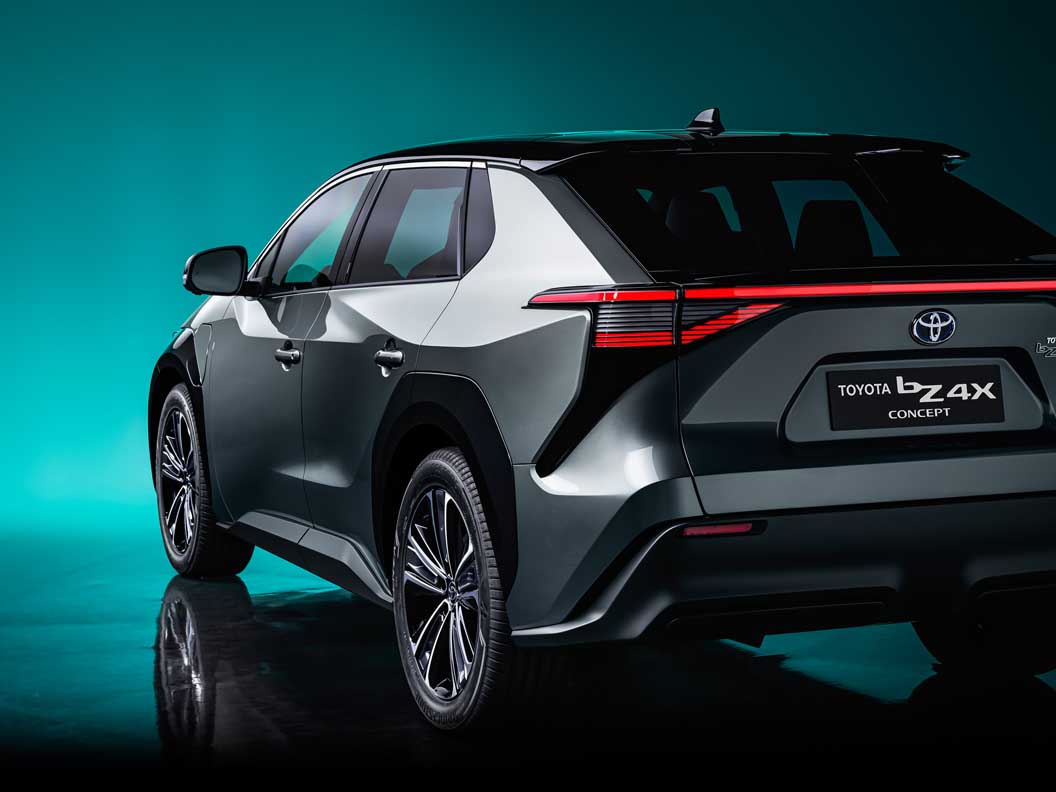 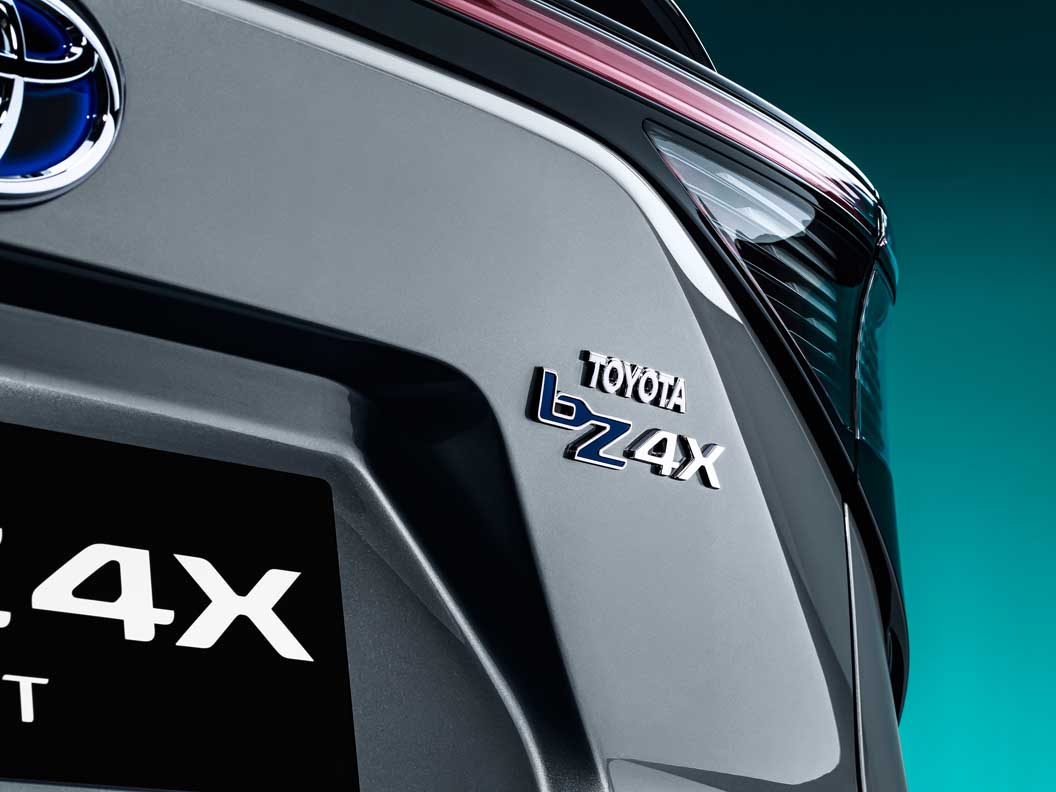 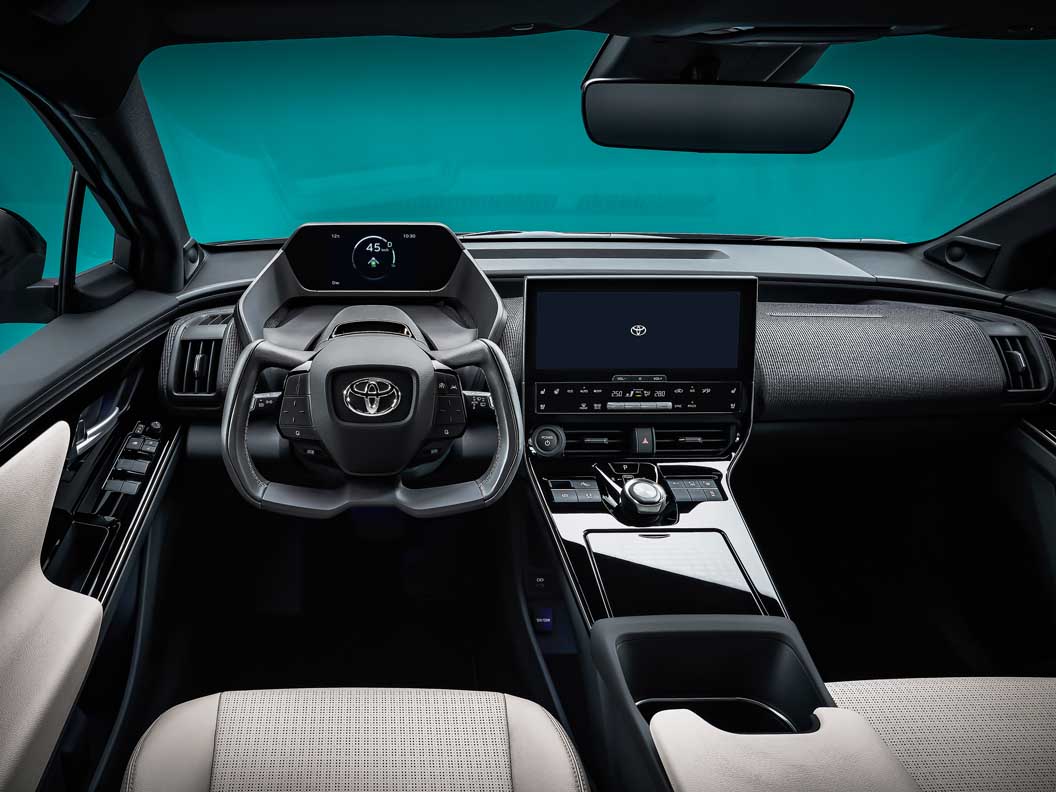 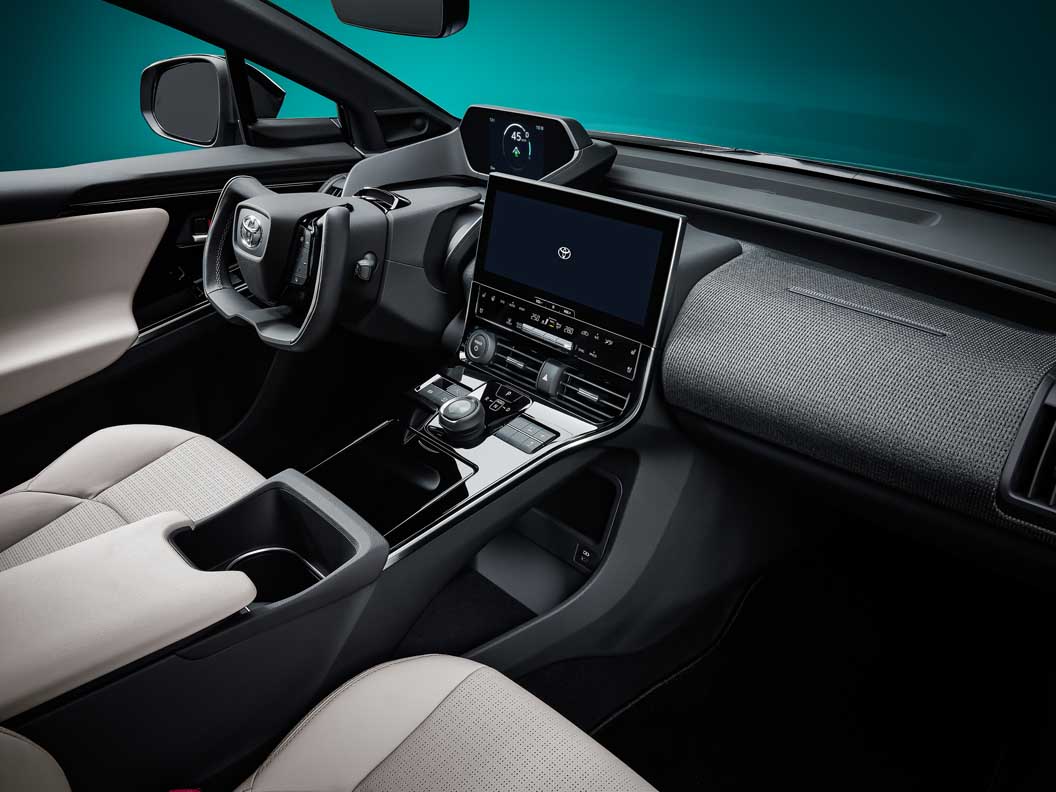 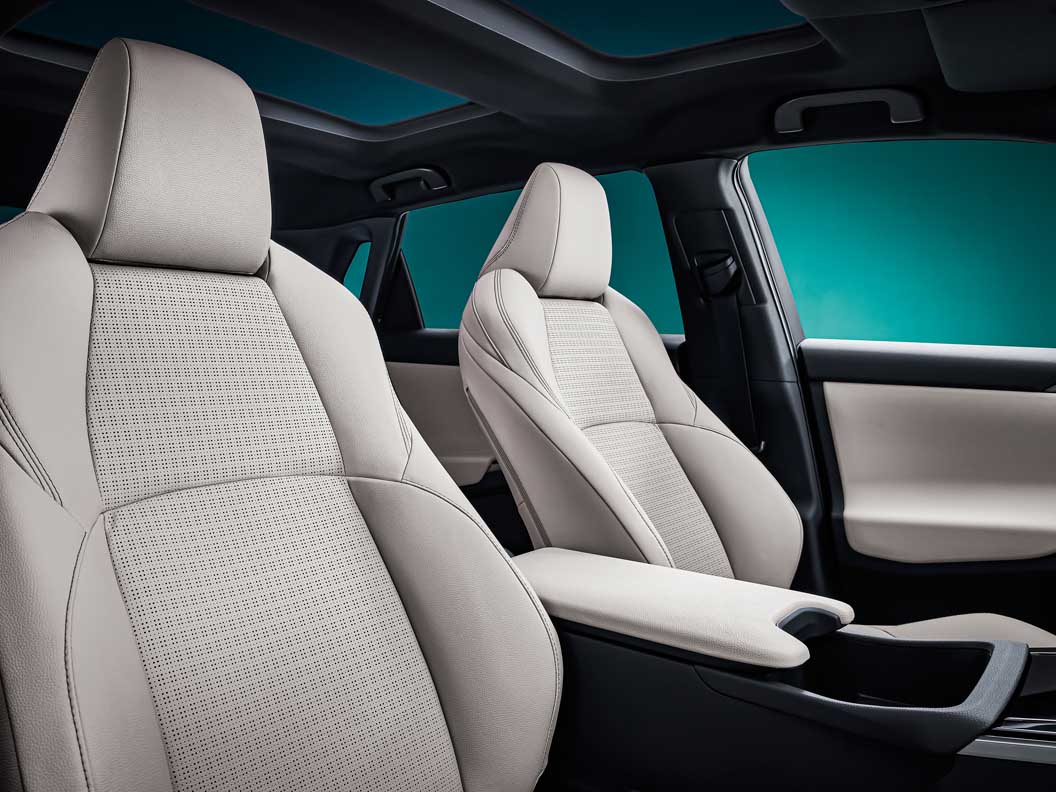 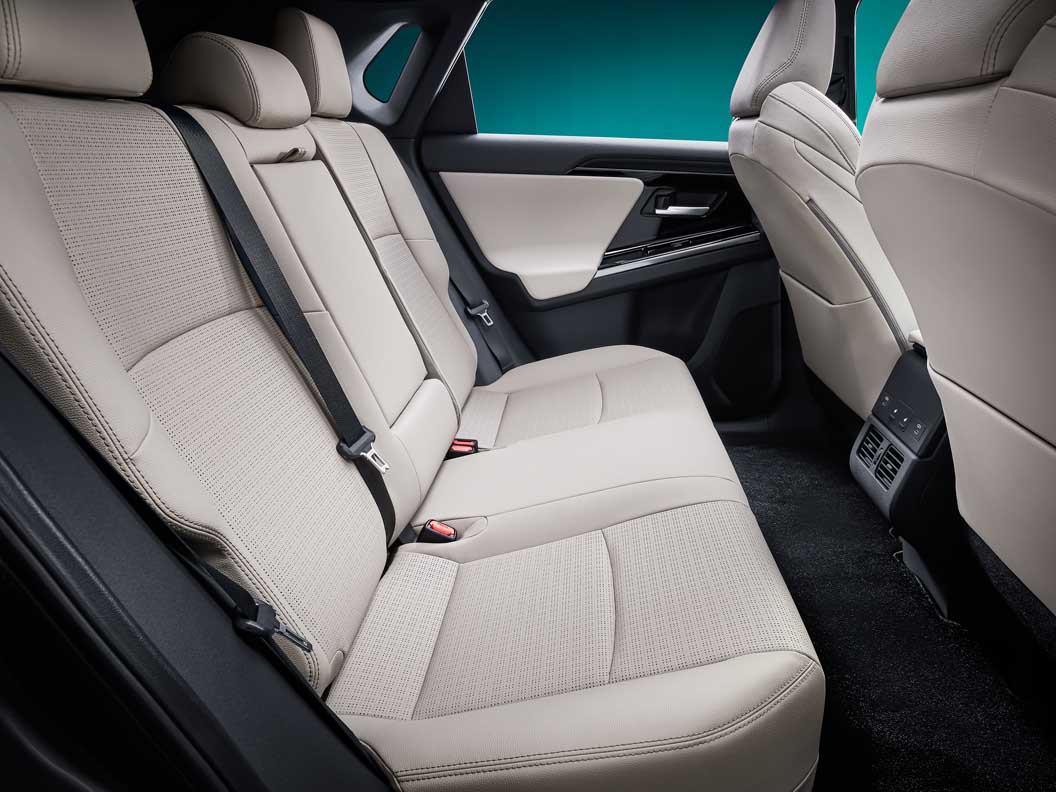 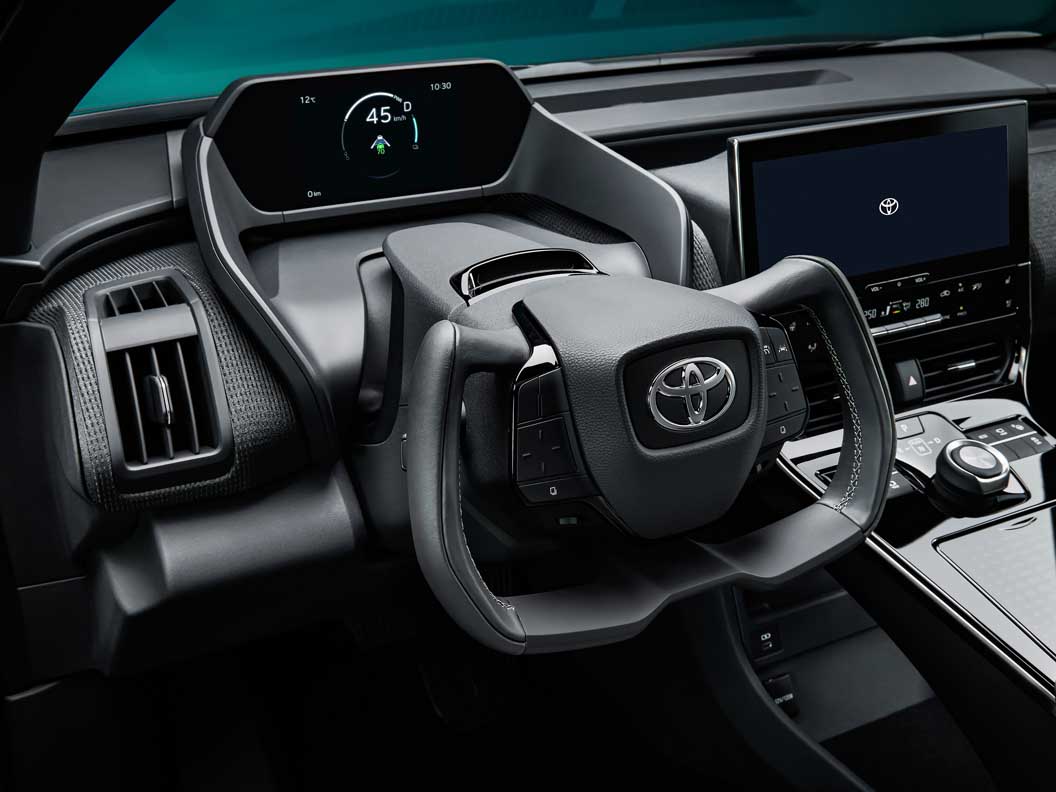 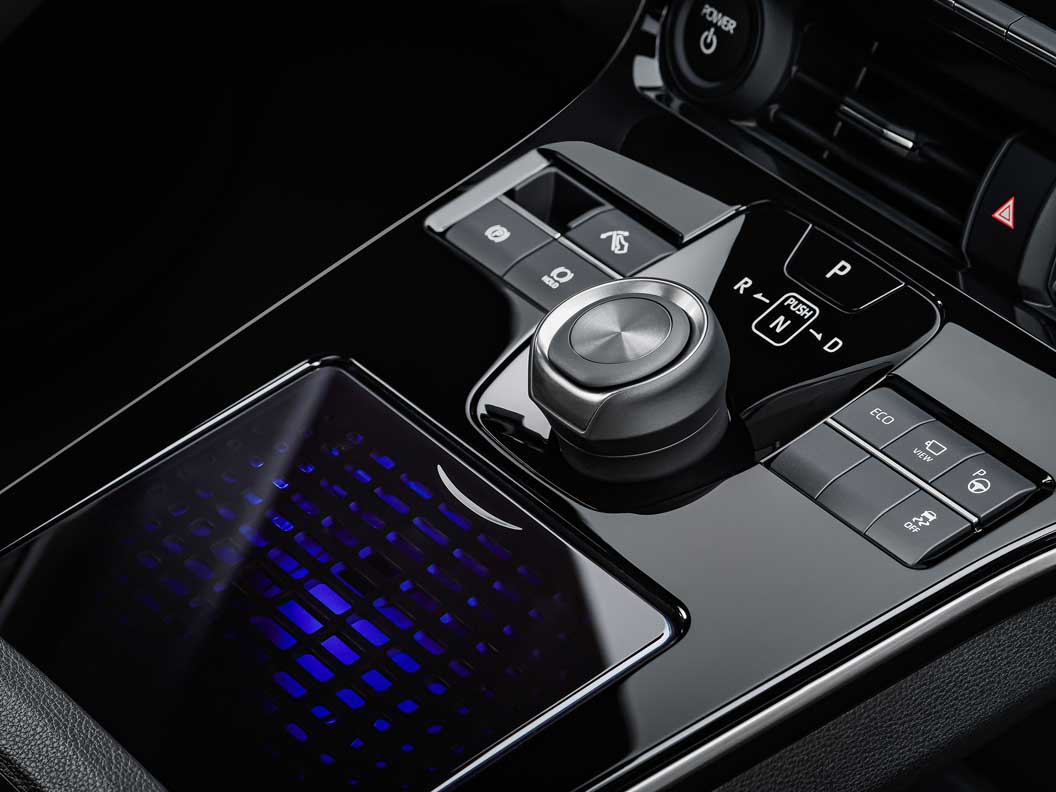 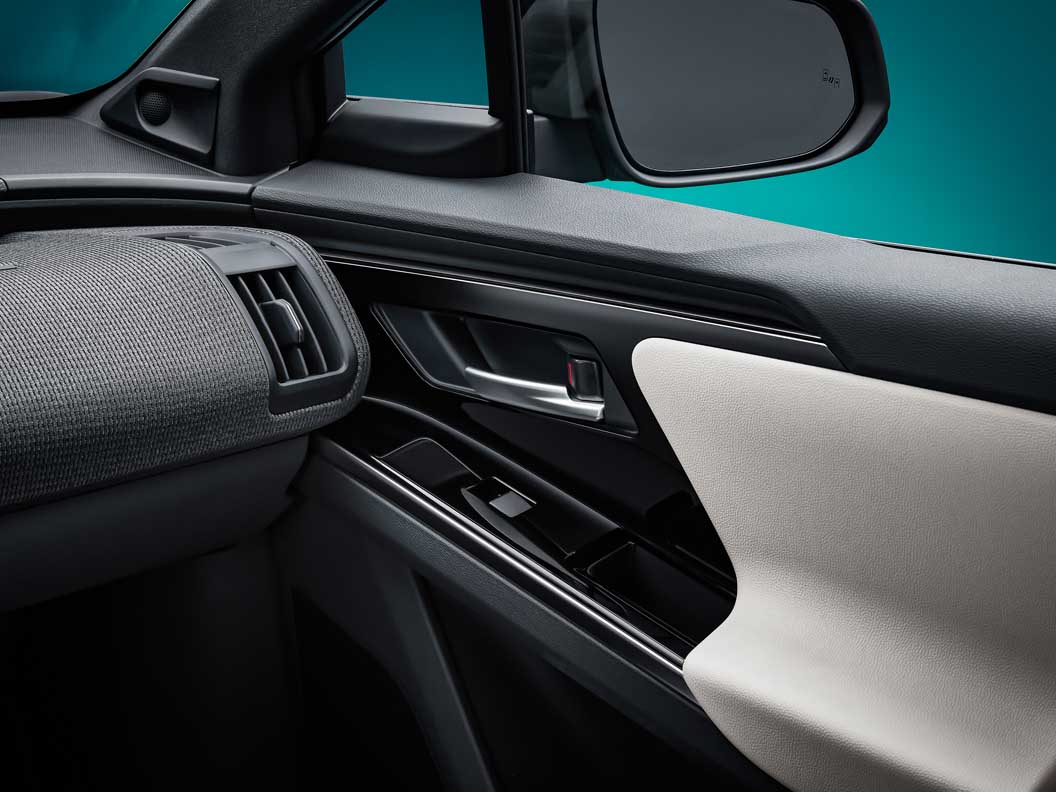