The Snetterton Survivor – Series 1 4.2 Jaguar E-Type To Be Restored To Former Glory 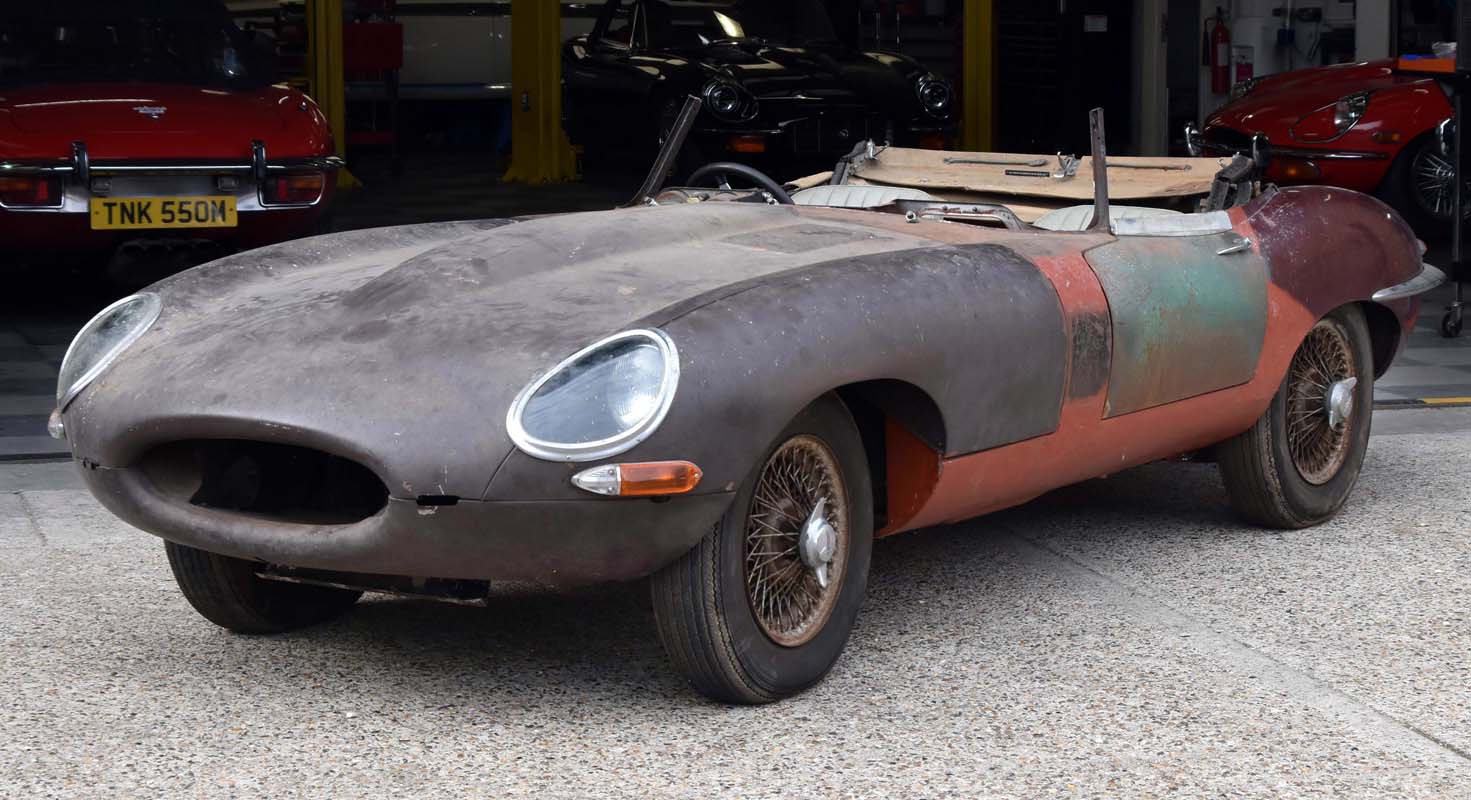 E-Type UK, leading restorer of the definitive classic sports car, is to complete an extensive restoration of a stunning Series 1 4.2 E-type Roadster with a unique history.

An icon of its time and to this day, this Series 1 4.2 has now been passed on to the trusted and expert hands of E-Type UK having seen very little on-road use, yet with an exceptional story to tell.

Under the watchful eyes and careful hands of E-Type UK’s experts, with their extensive experience, the Series 1 4.2 will receive a comprehensive and sympathetic refurbishment to revive the car’s beauty and mechanical excellence.

A short yet eventful existence

Rolling off the Jaguar production line over 57 years ago in December 1964, just three months later the car’s short but intense life was cut short during an incident at Snetterton Race Circuit, Norfolk.

The Series 1 4.2 remained in its broken state throughout Casson’s ownership, with a mere 2,805 miles on the odometer, before the car was sold the following year in 1966.

The new owner retained the low-mileage example for no fewer than 40 years, not allowing the car to turn a wheel once throughout this period. Cosmetic repairs were applied, however, with a much-need new door, floor pan, rear wing, sill, and bonnet fitted. 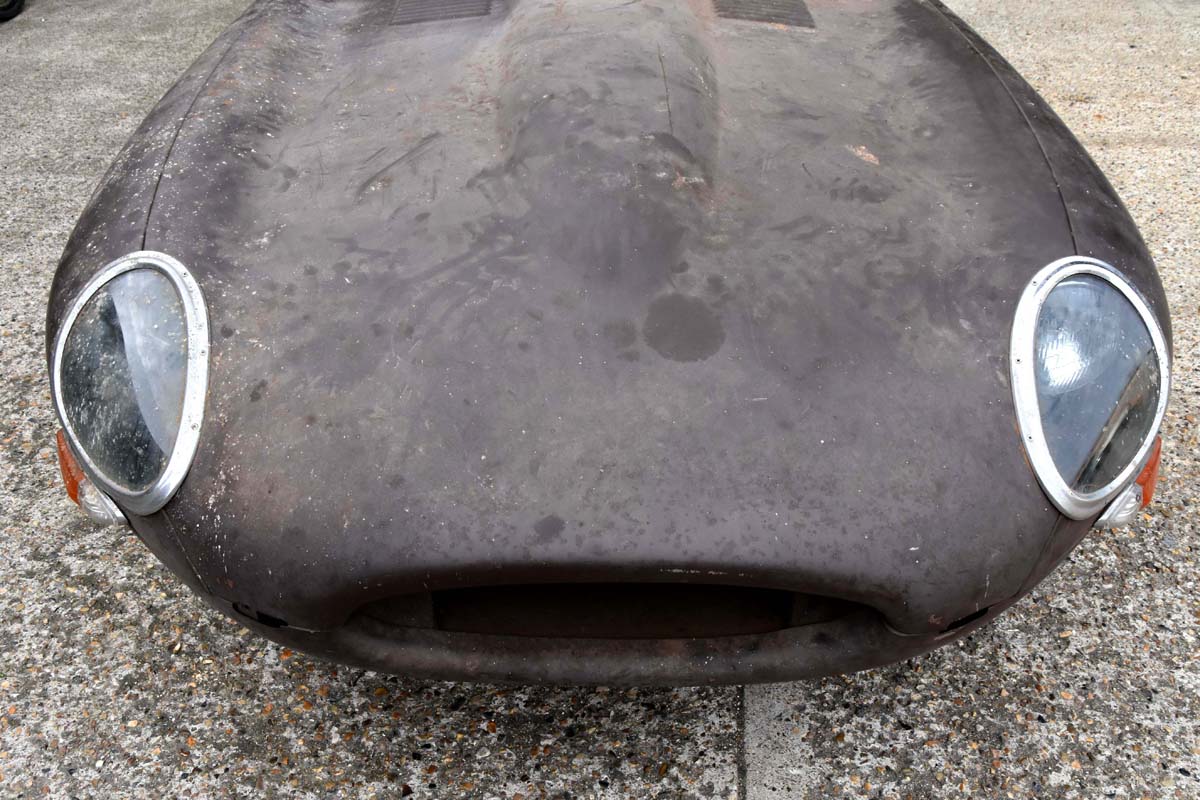 In 1964, Jaguar introduced a new 4.2-litre engine to the original 1961 Series 1 chassis, taking an already revolutionary platform and enhancing torque and throttle response to create a more exhilarating driving experience.

The 4.2-litre block was redesigned from the ground up to increase capacity by 400cc, lengthened to house the larger bores and attached to a new crankshaft, generating an overall torque increase of 10%. Additional engine upgrades from the factory included a newly designed alternator and electric cooling fan.

The Series 1 4.2 produced between 1964-67 today remains one of the most desirable and valuable E-type models of all.

Gifting a new lease of life

Now in the hands of industry-leading E-type experts, the Series 1 4.2 can be revived to a condition worthy of one of the world’s most renowned sports cars. Down to the final washer, nut, and bolt each part of the car will be stripped down, catalogued, and inspected for authenticity and integrity, with preservation remaining the priority throughout the process.

This delicate and thorough first step in the restoration process has been documented in a time-lapse video, here.

Upon initial inspection prior to the strip-down process, E-Type UK’s engineers began to find countless signs of originality, lending to the car’s decades-old story of its short and tragic life.

Now prepped for the blasting process to remove any remnants of rust that may compromise the structural rigidity of the car, the true condition of this injured icon will soon be revealed.

Individual body panels will be hand-painted to a flawless standard, ensuring a perfect exterior finish.

Further in the delicate refurbishment process, whilst retaining as many original parts as possible, the Series 1 4.2 will receive a mechanical overhaul to ensure reliable and modern on-road performance.

The legendary 4.2-litre engine will be fully dismantled and rebuilt to its standard specification, preserving the beating heart of the E-type’s driving experience. The original 4-speed synchromesh gearbox will also receive a total rebuilt, once again conserving the authentic period experience.

To enrich both reliability and usability, an upgraded electronic ignition will be fitted to the car, alongside a high-torque starter motor and uprated alternator. Continuing the theme of improved usability, a fully enhanced cooling system with an aluminium radiator and cooling fans will ensure consistent running temperatures regardless of conditions.

Innate to all E-types is the car’s nimble and dynamic on-road handling. This Series 1 4.2’s original independent rear suspension system will be restored and rebuilt to maintain that classic sensation when behind the wheel.

A duo of modern practical upgrades will also be subtly incorporated into the overall package, including superior H4 headlights for total visibility when driving at night. Bluetooth-enabled radio will be thoughtfully installed to allow the driver and passenger to connect smartphone devices to the system if desired.

Fortunately, the car’s original seats and dashboard top remain in a condition whereby they can be compassionately restored, using expert leather repair techniques, bringing the cabin back to its former luxurious standard. 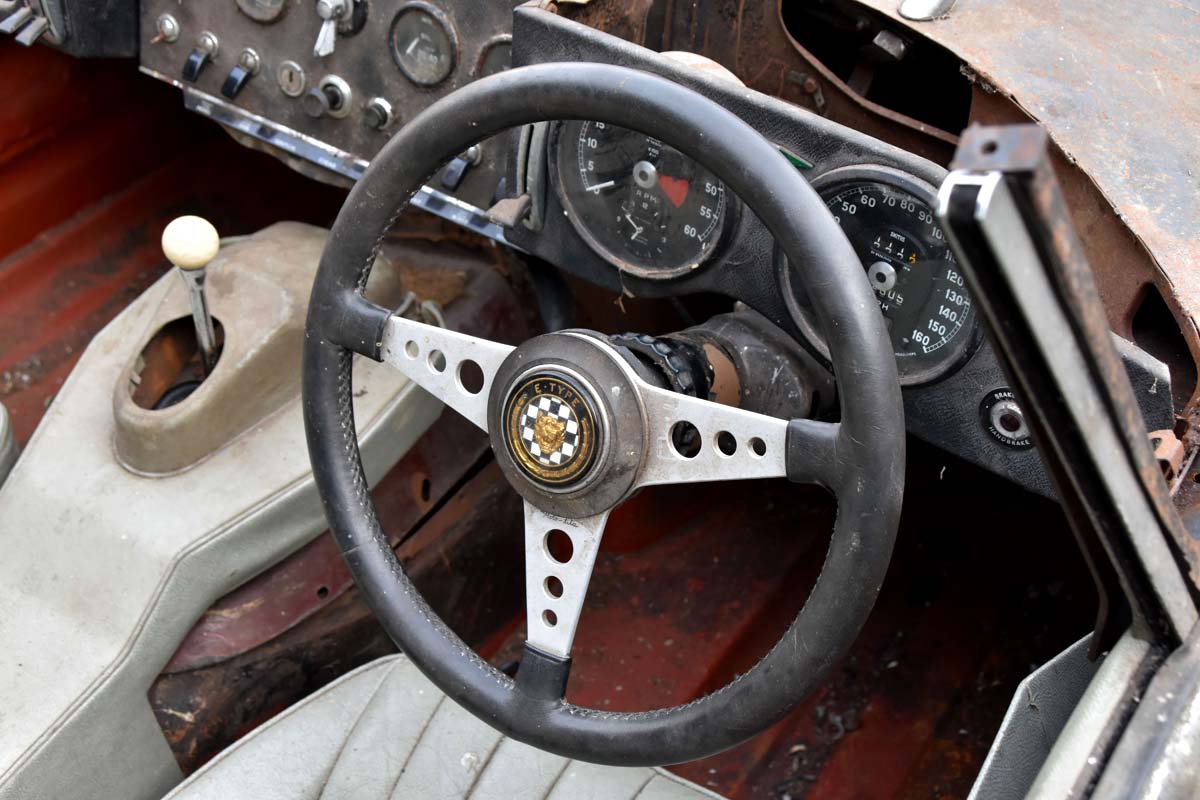 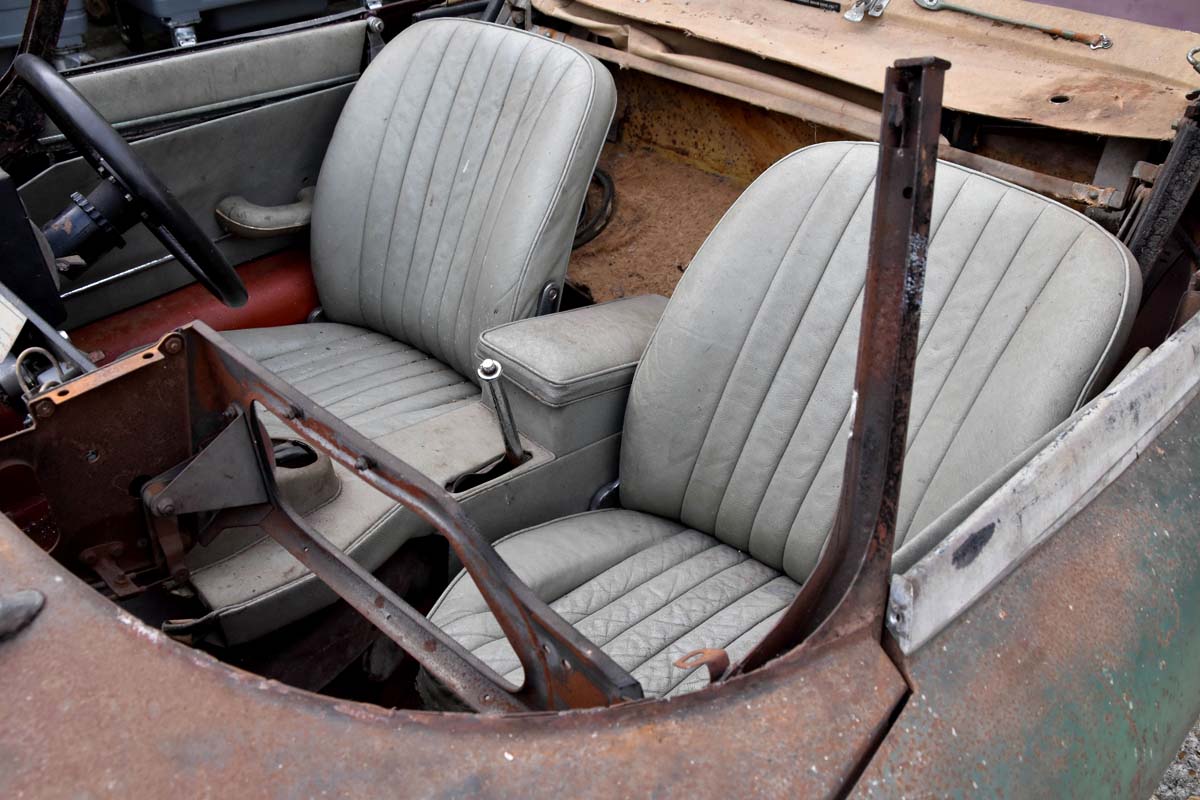 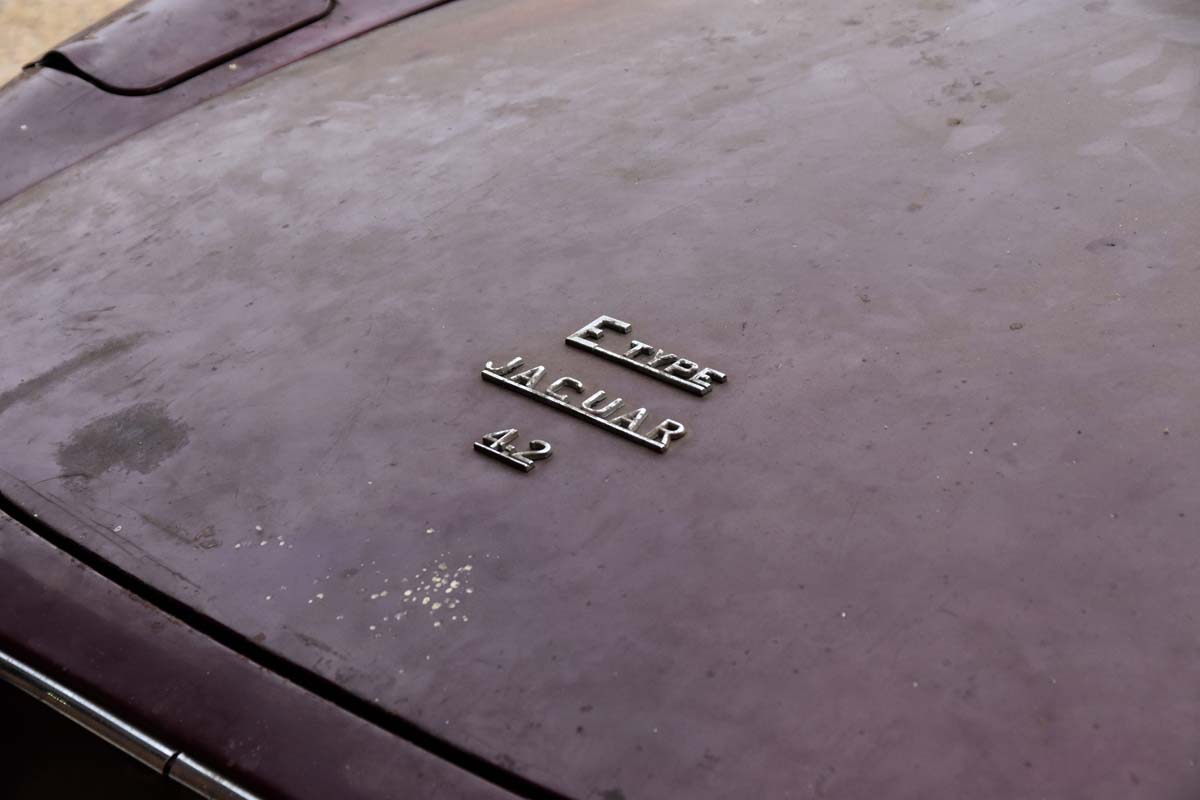 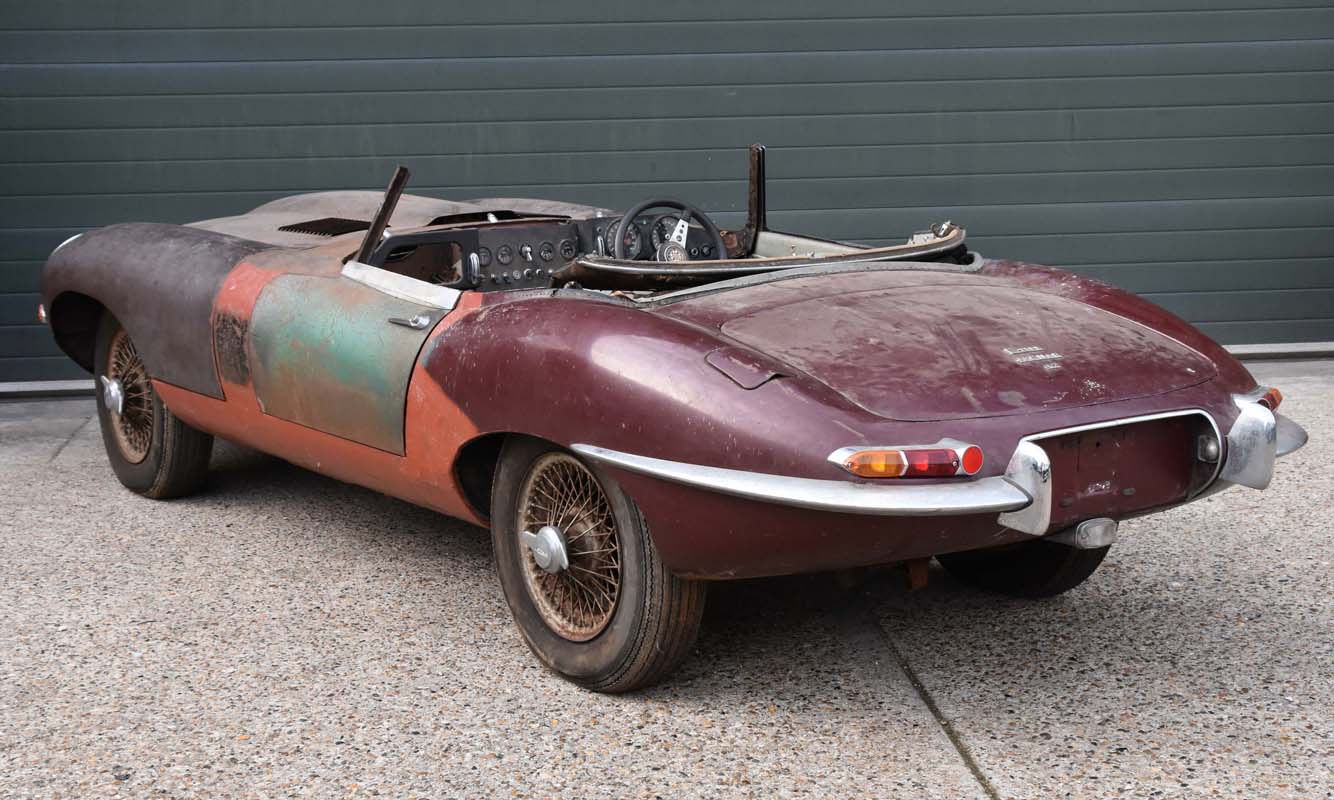 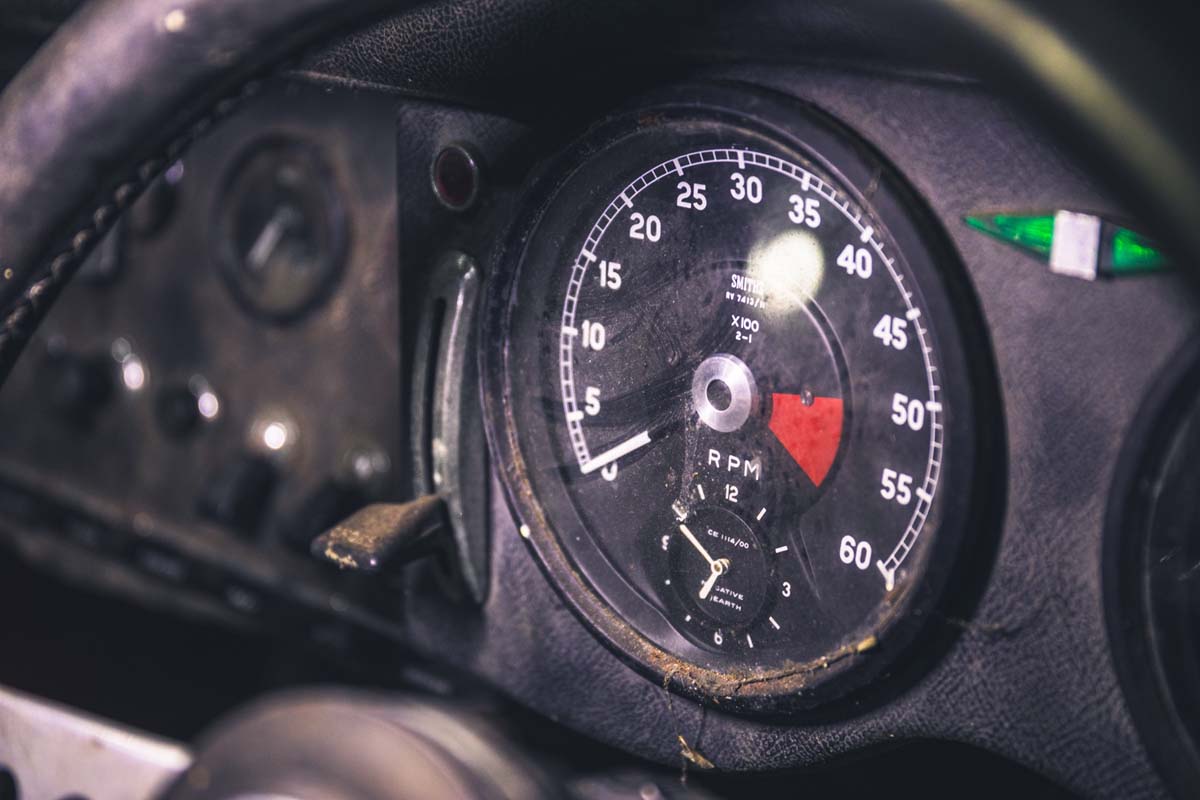 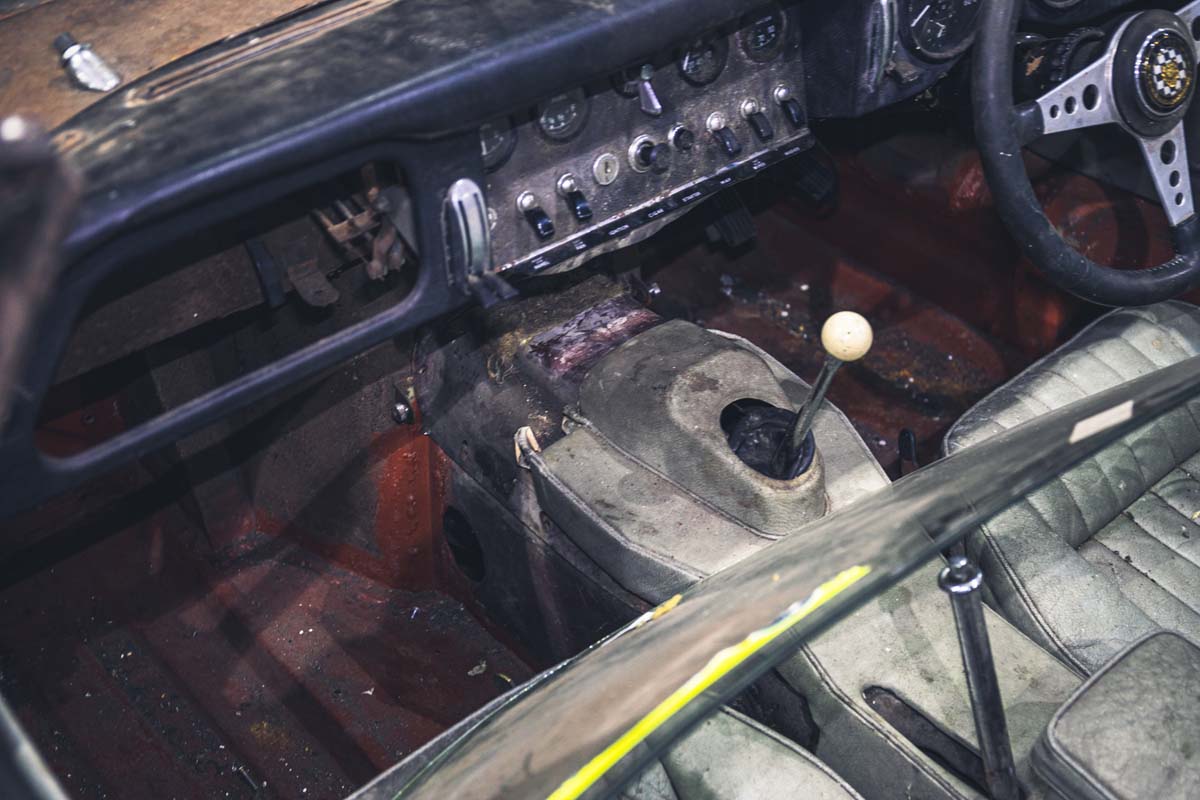 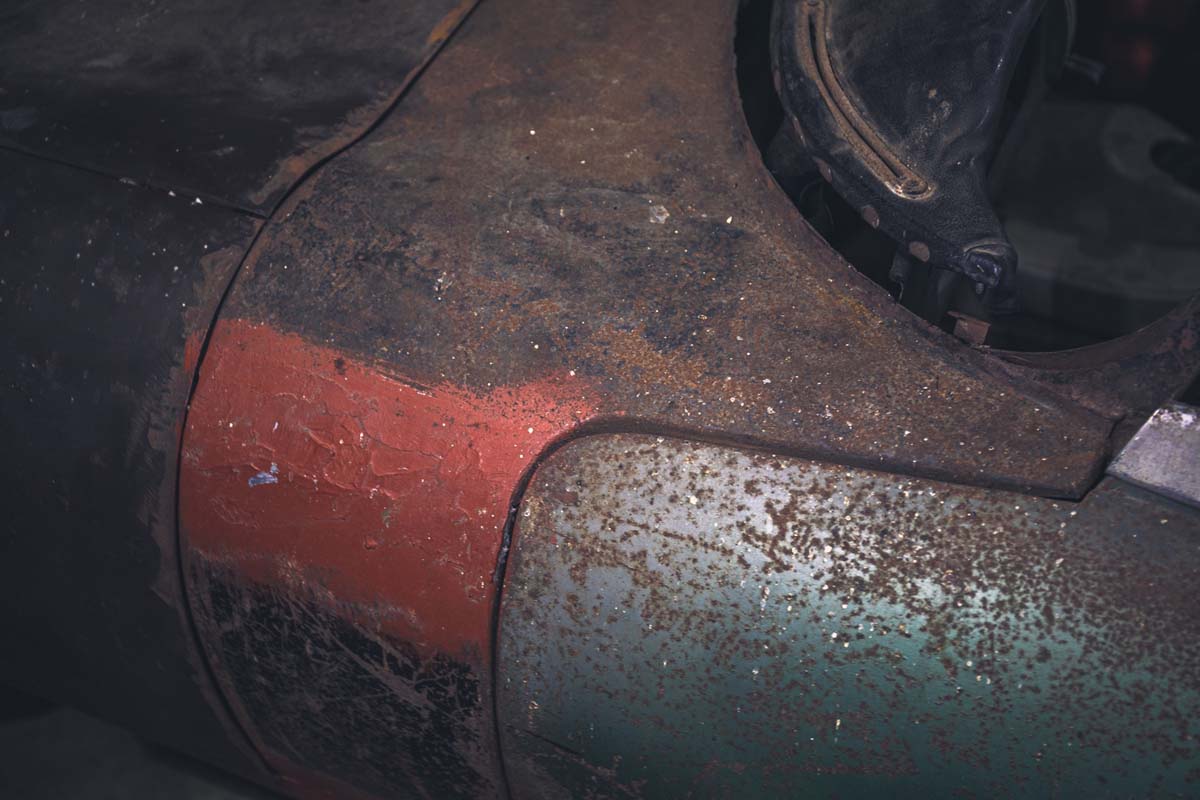 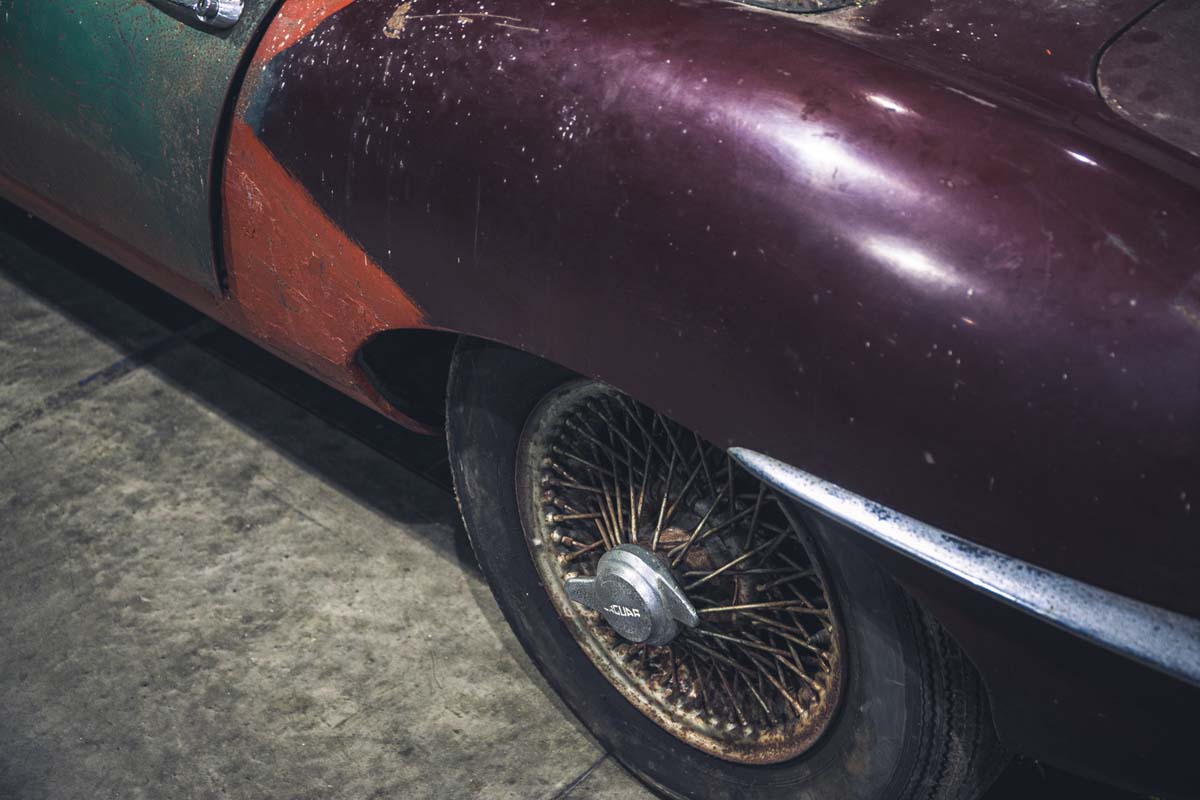 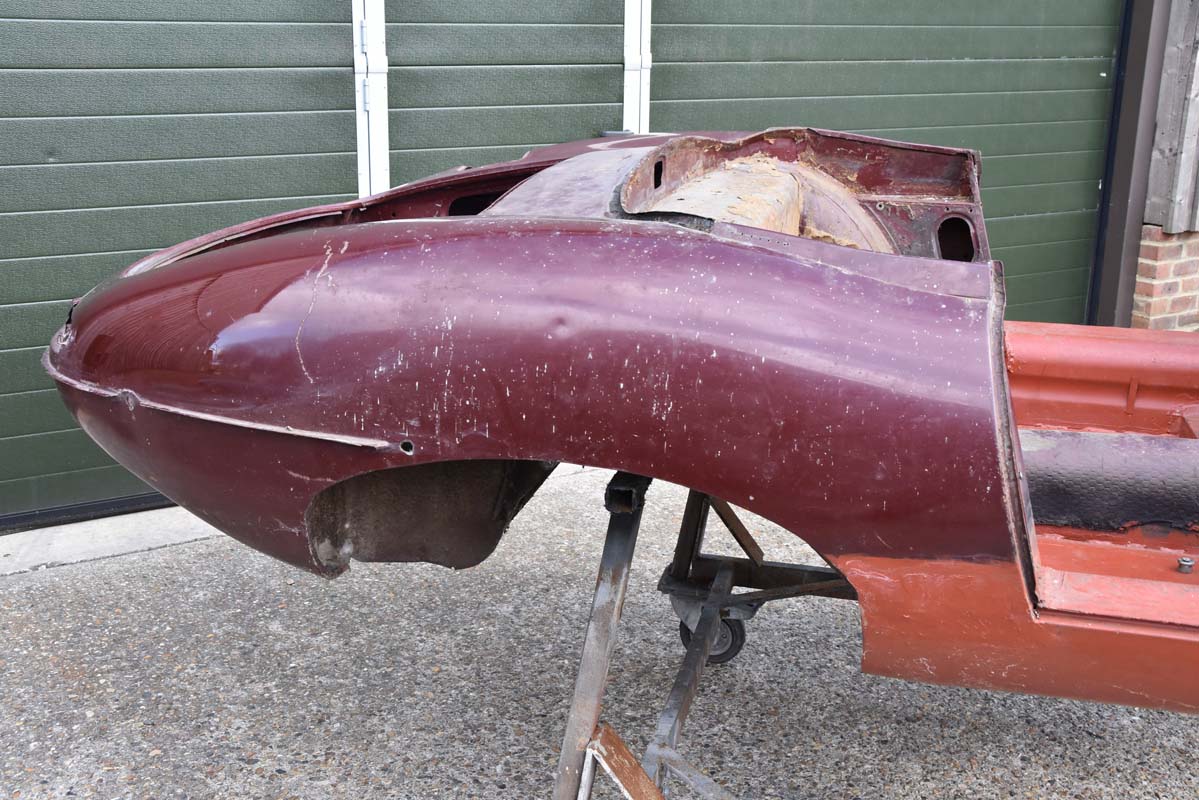 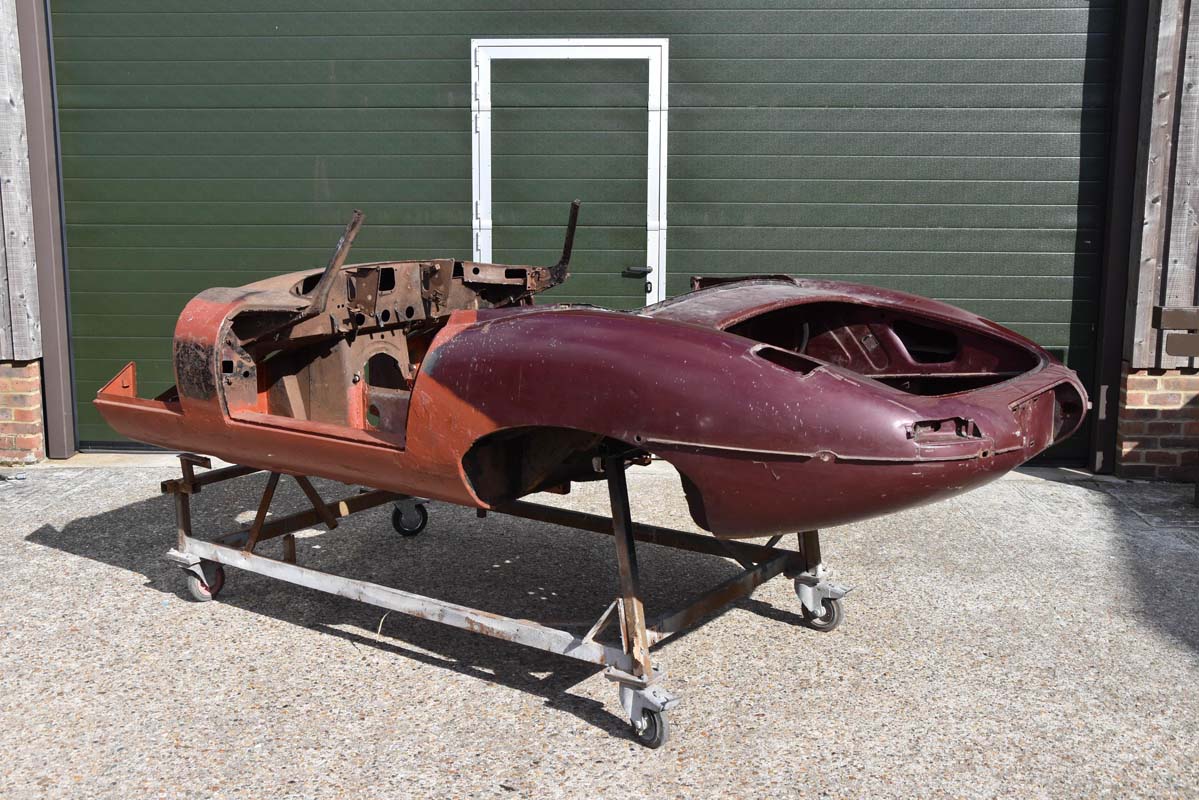 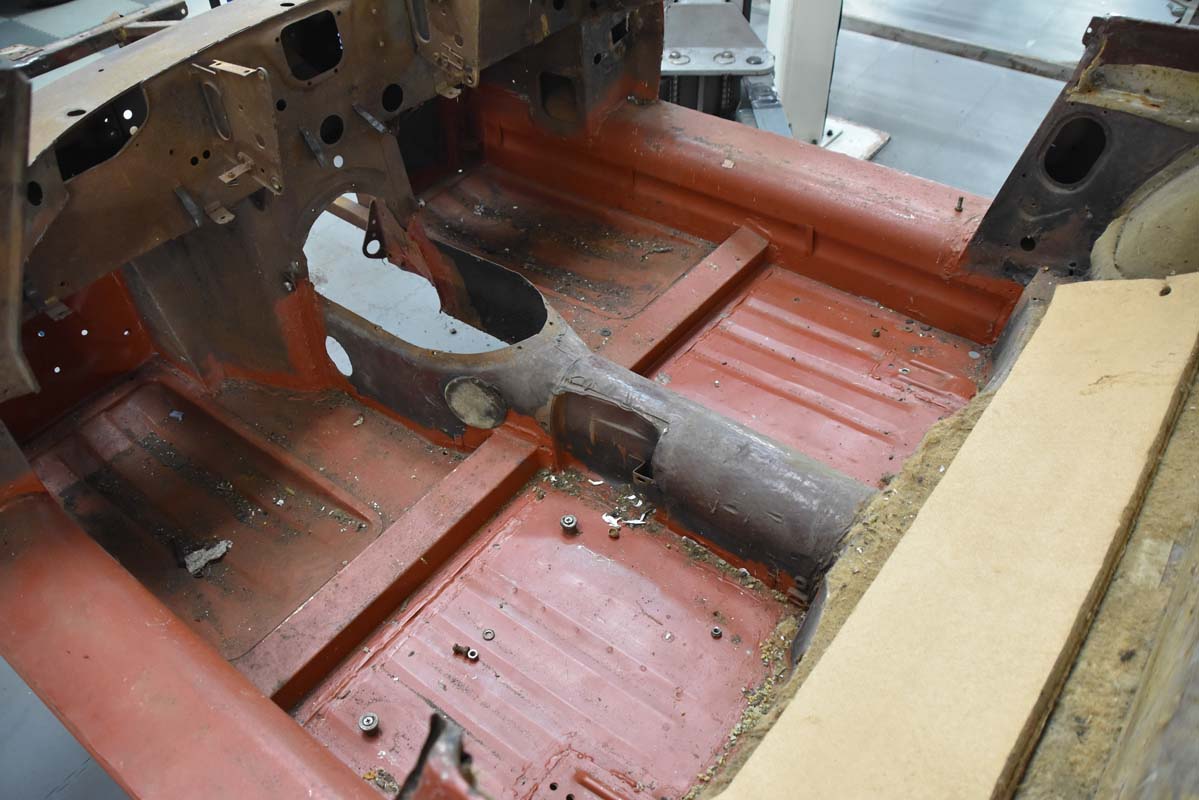 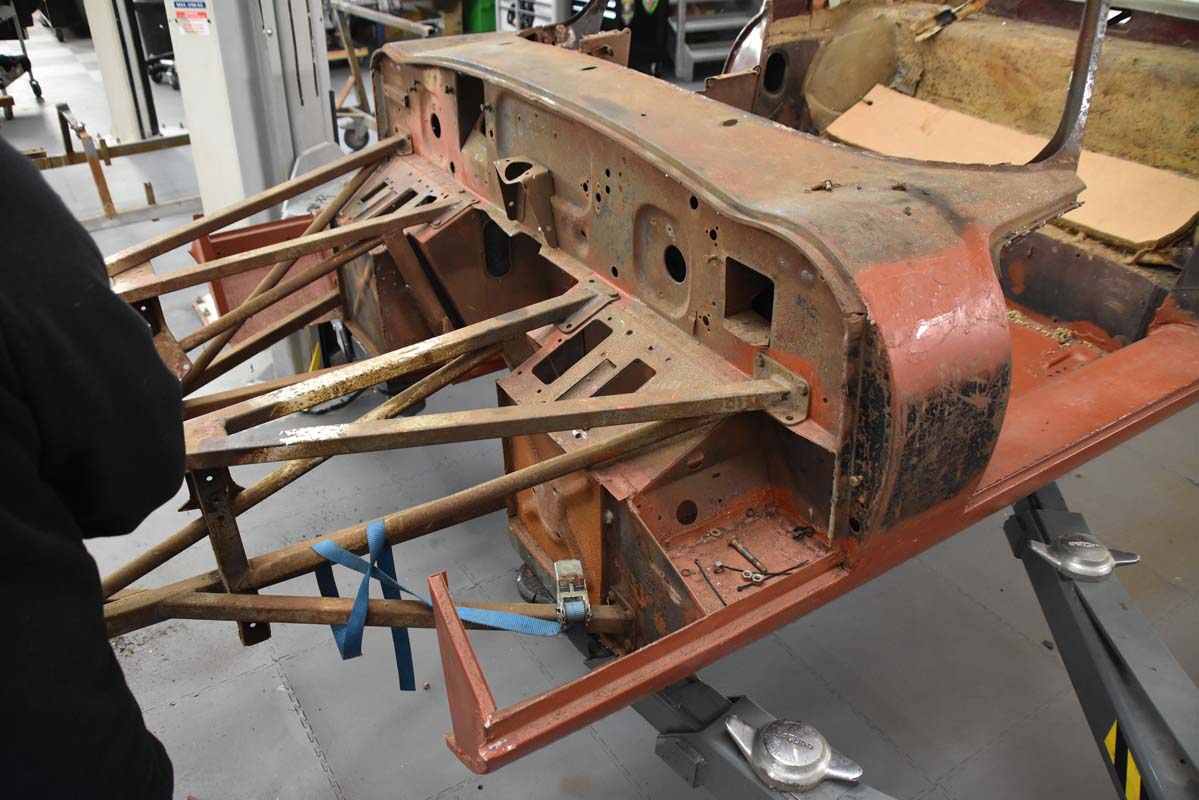 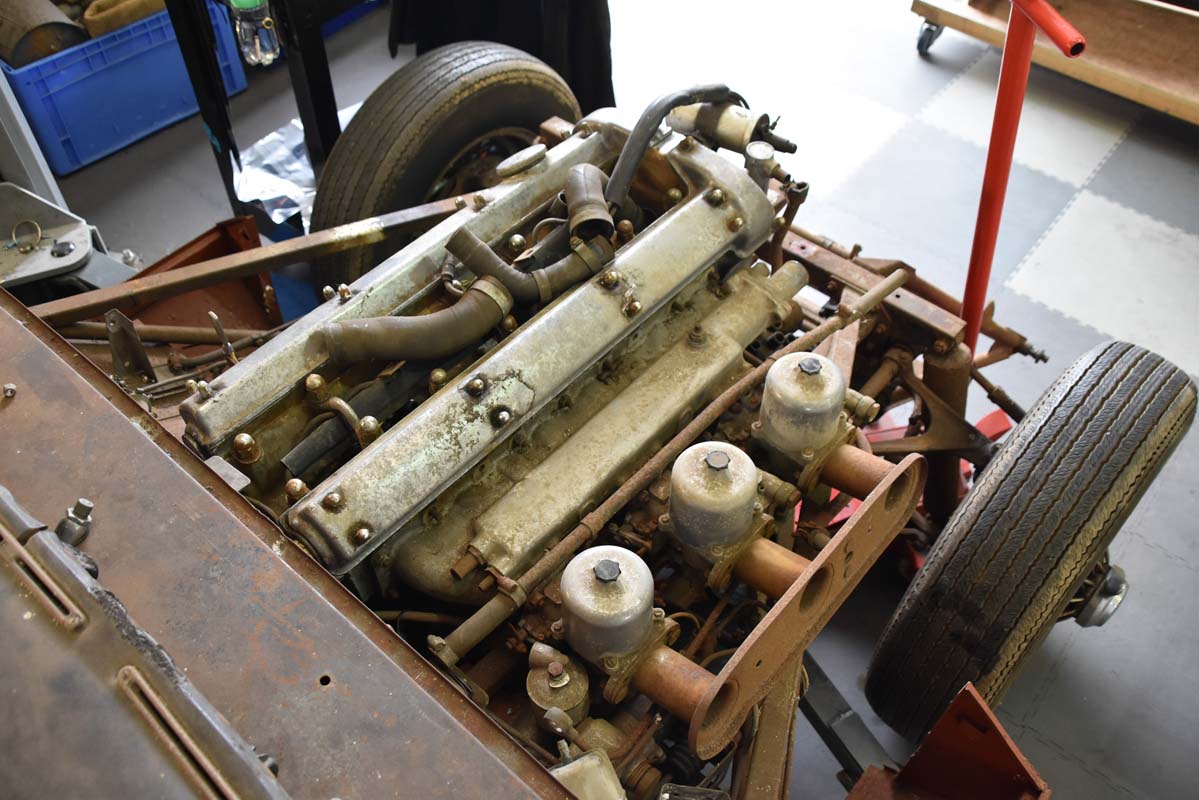 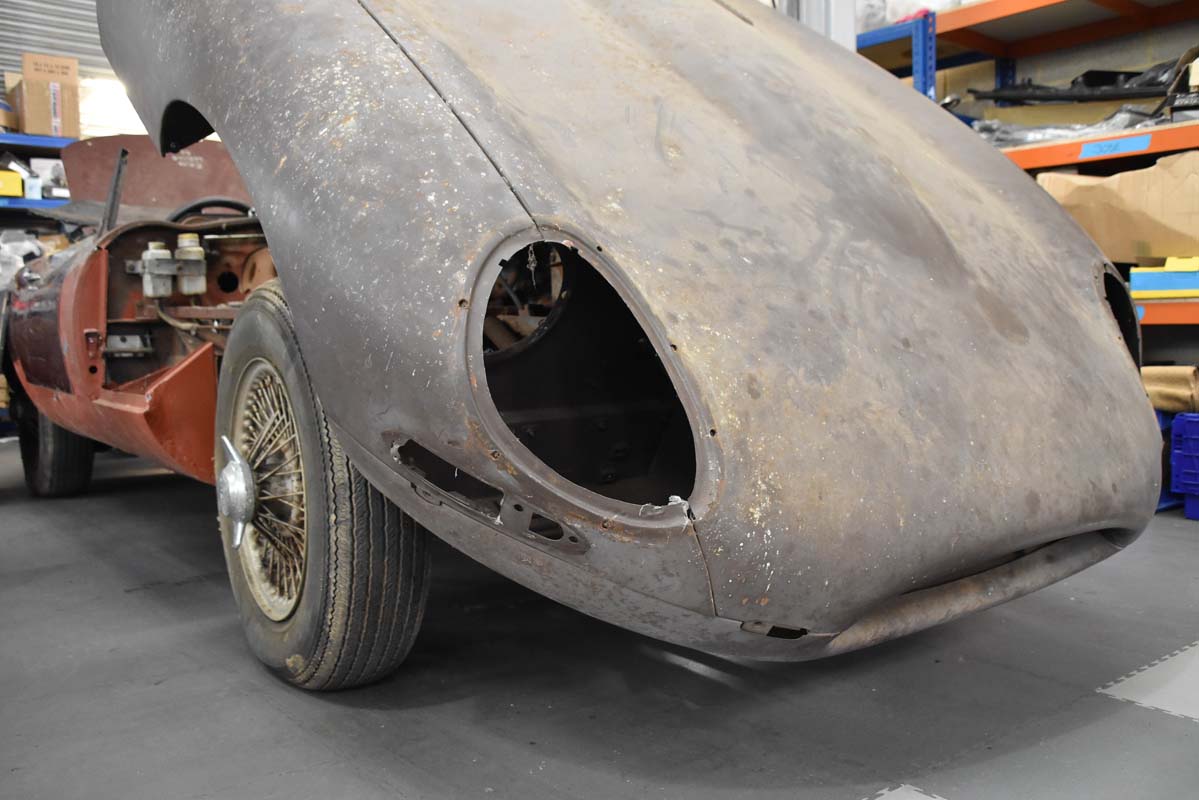