The New Škoda Fabia: Cleverer Than Ever 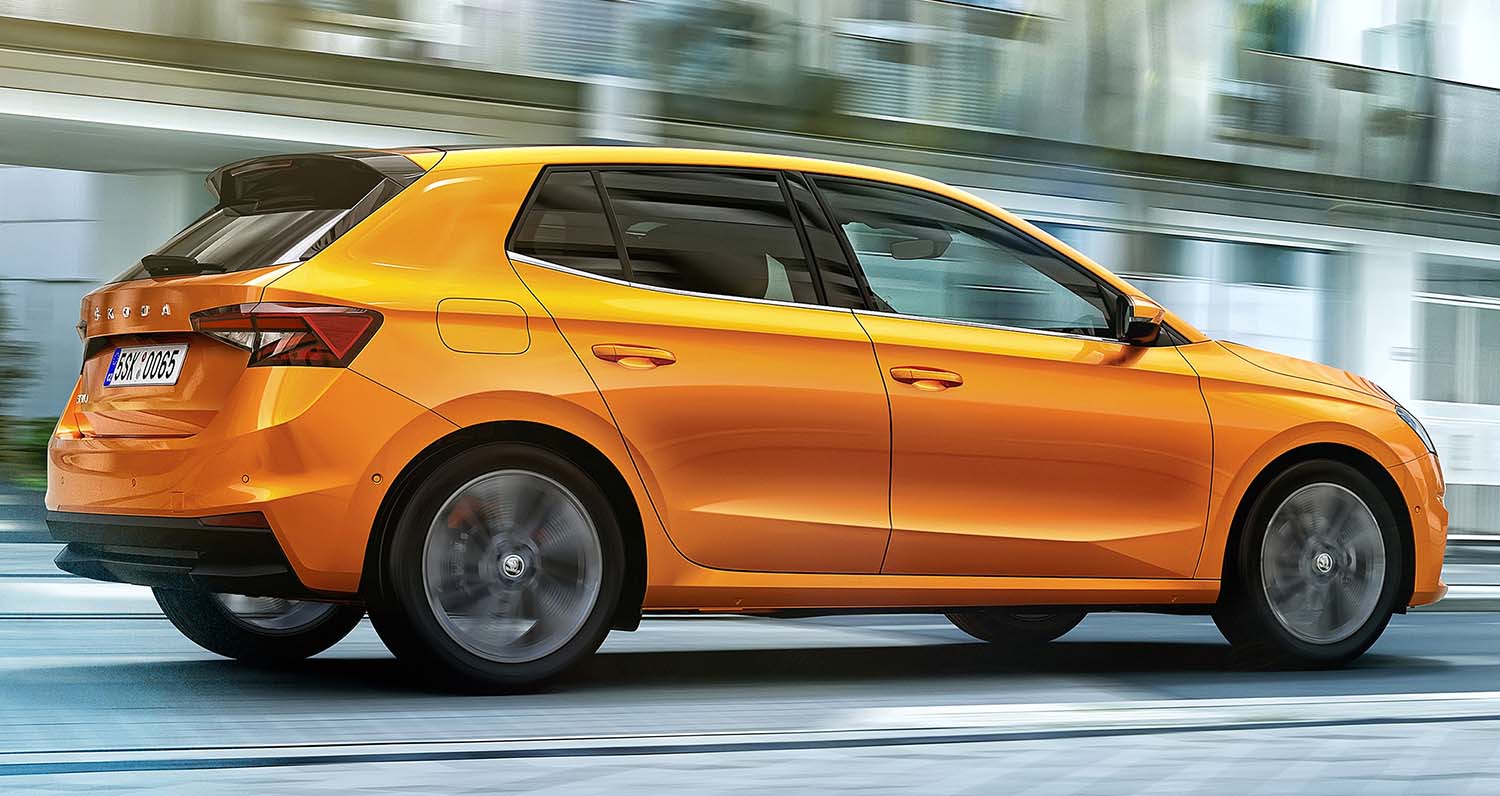 The new ŠKODA FABIA is cleverer than ever: depending on the trim level, the fourth generation of the successful model offers up to 43 of the brand’s signature Simply Clever details, which have earned the Czech car manufacturer a reputation for making customers’ everyday lives on the road easier. Five of these features are completely new to the ŠKODA range, while eight others now feature in the FABIA for the first time. New additions such as the removable cup holder between the front seats complement ŠKODA classics like the ice scraper with tyre tread depth gauge located inside the fuel filler flap, the car park ticket holder on the A-pillar and the umbrella inside the driver’s door.

Depending on the trim level, the fourth-generation FABIA now offers up to 43 of these clever features – more than ever. They include numerous ŠKODA classics such as the ice scraper with tyre tread depth gauge located inside the fuel filler flap, the car park ticket holder on the A-pillar and the umbrella inside the driver’s door.

ŠKODA offers five Simply Clever ideas for the new FABIA for the first time
ŠKODA is offering five of its ingenious Simply Clever details for the new FABIA for the first time. For example, an innovative, flexible storage compartment is available as an option for the boot. Attached to a side panel, it has a space-saving foldaway design and can be pulled out when needed to hold items in place inside the boot. A removable cup holder between the front seats provides more flexibility in the interior. A new attachment clip for a credit card or a car park ticket and an elastic pen holder in the centre console’s storage compartment help keep the interior tidy. Passengers in the rear can safely store small items in a box on the centre tunnel, which is also available as an option. The box fits neatly between the centre console and the rear seat where it locks into place. The list of Simply Clever ideas also includes a sun visor, which is available as an accessory for the optional panoramic roof. When not in use, it can be folded to a third of its size in a few easy steps and stowed under the boot cover.

Eight details from other ŠKODA models now feature in the FABIA
A total of eight Simply Clever details from higher ŠKODA model series have found their way into the new FABIA and are available for the first time in the popular small car. These include a multifunctional bag that can be hooked under the boot cover. This provides the perfect storage space for coats or jackets and can hold luggage weighing up to 3.5 kilograms. The easy-to-reach pockets for smartphones on the backrests of the front seats will already be familiar from the OCTAVIA and ENYAQ iV, while card and coin compartments in the glove compartment help keep it organised. The backrest of the front passenger seat can be folded down to allow particularly long objects to be transported. In the Style trim line, a USB-C port on the interior mirror is available for the first time as an option for the FABIA. This can be used, for example, to supply power to a dashcam to avoid the cable obstructing the driver’s view. The reading lights in the rear can be conveniently operated from the front – ideal for children travelling in the rear seats who are too small to switch on the lights themselves. Smartphones can be charged inductively thanks to the Phone Box. Also available as an option is a load sill protector that can be folded out when the boot lid is open. It prevents paintwork scratches, while its reflectors provide additional safety while loading the vehicle. 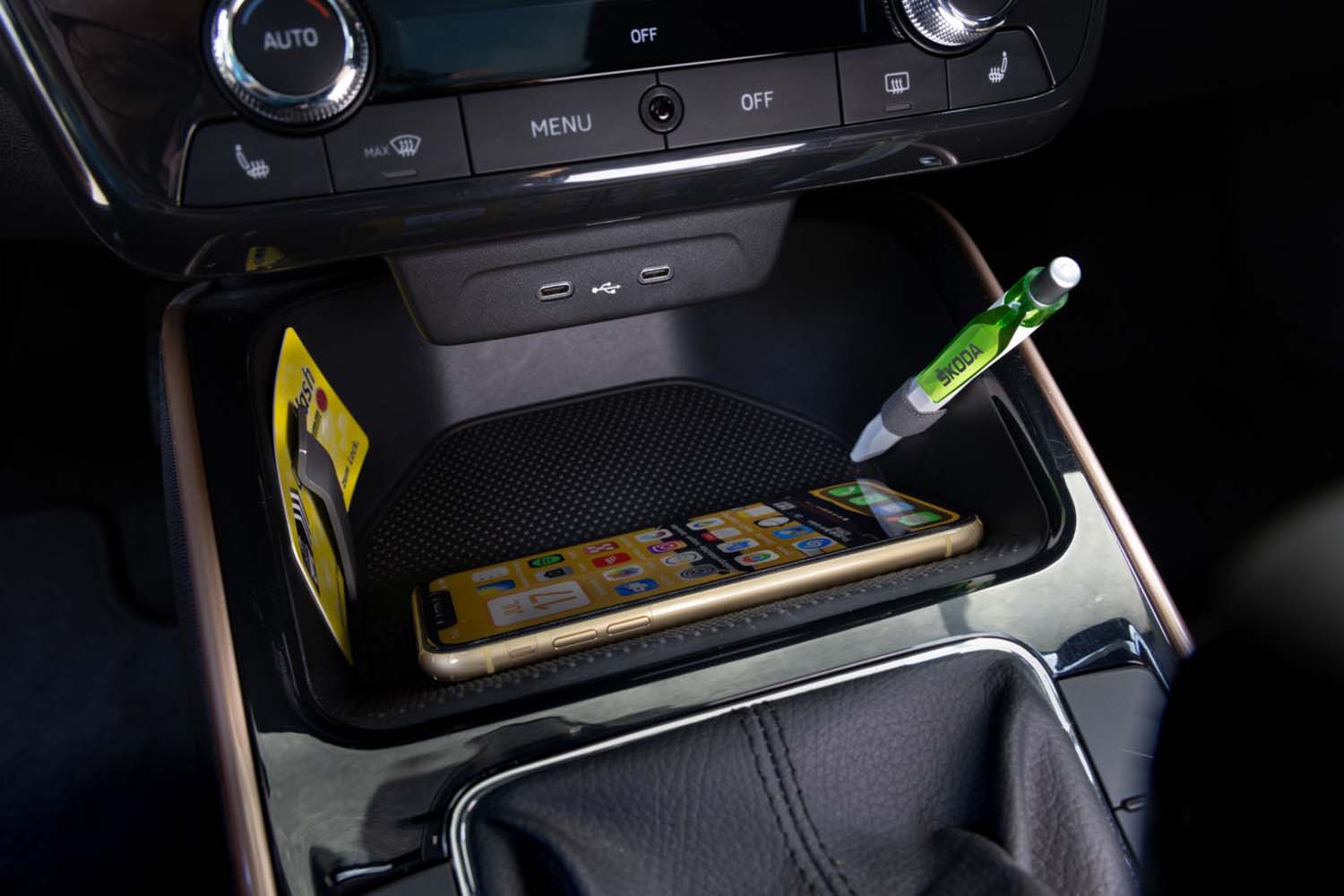 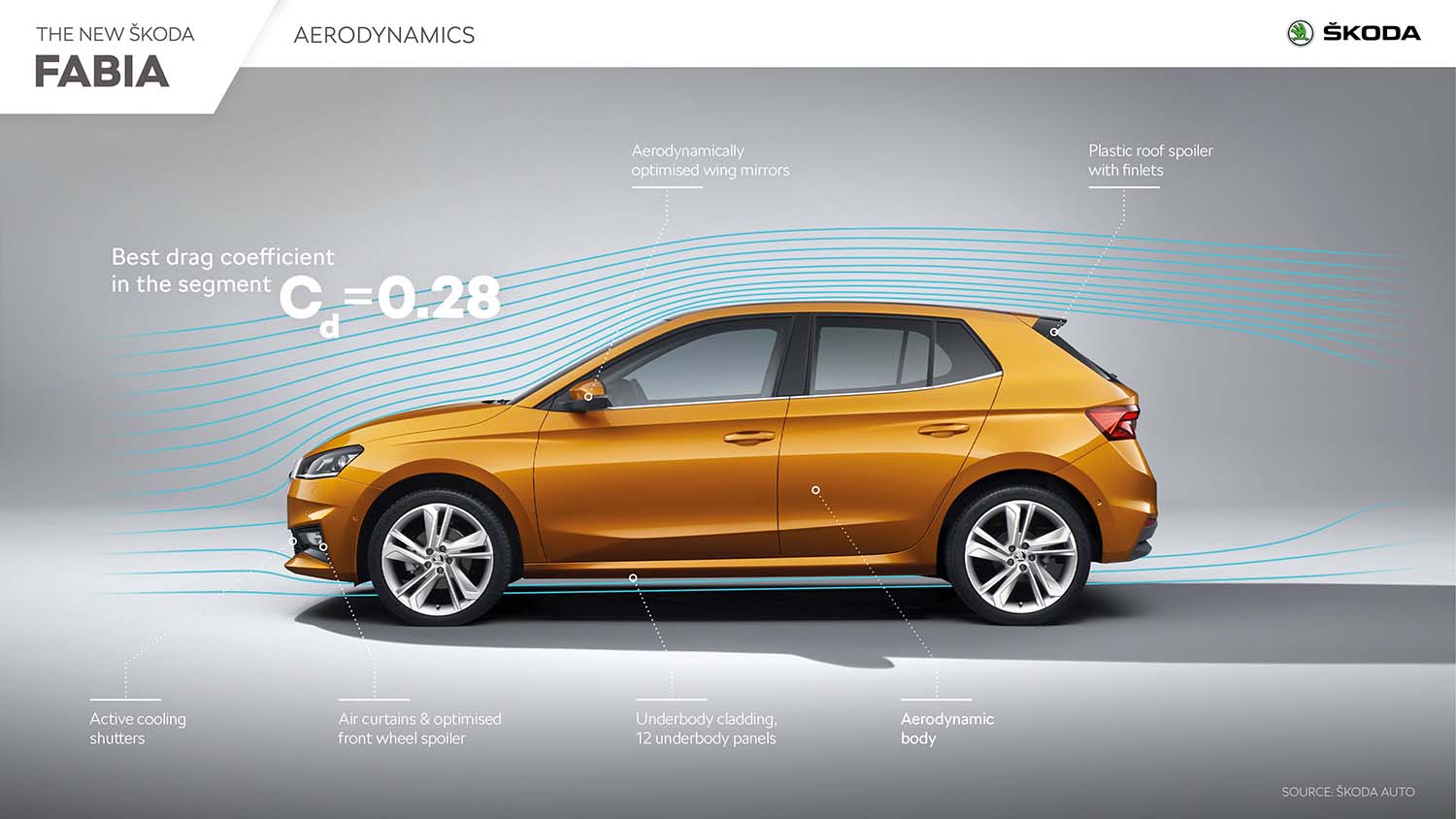 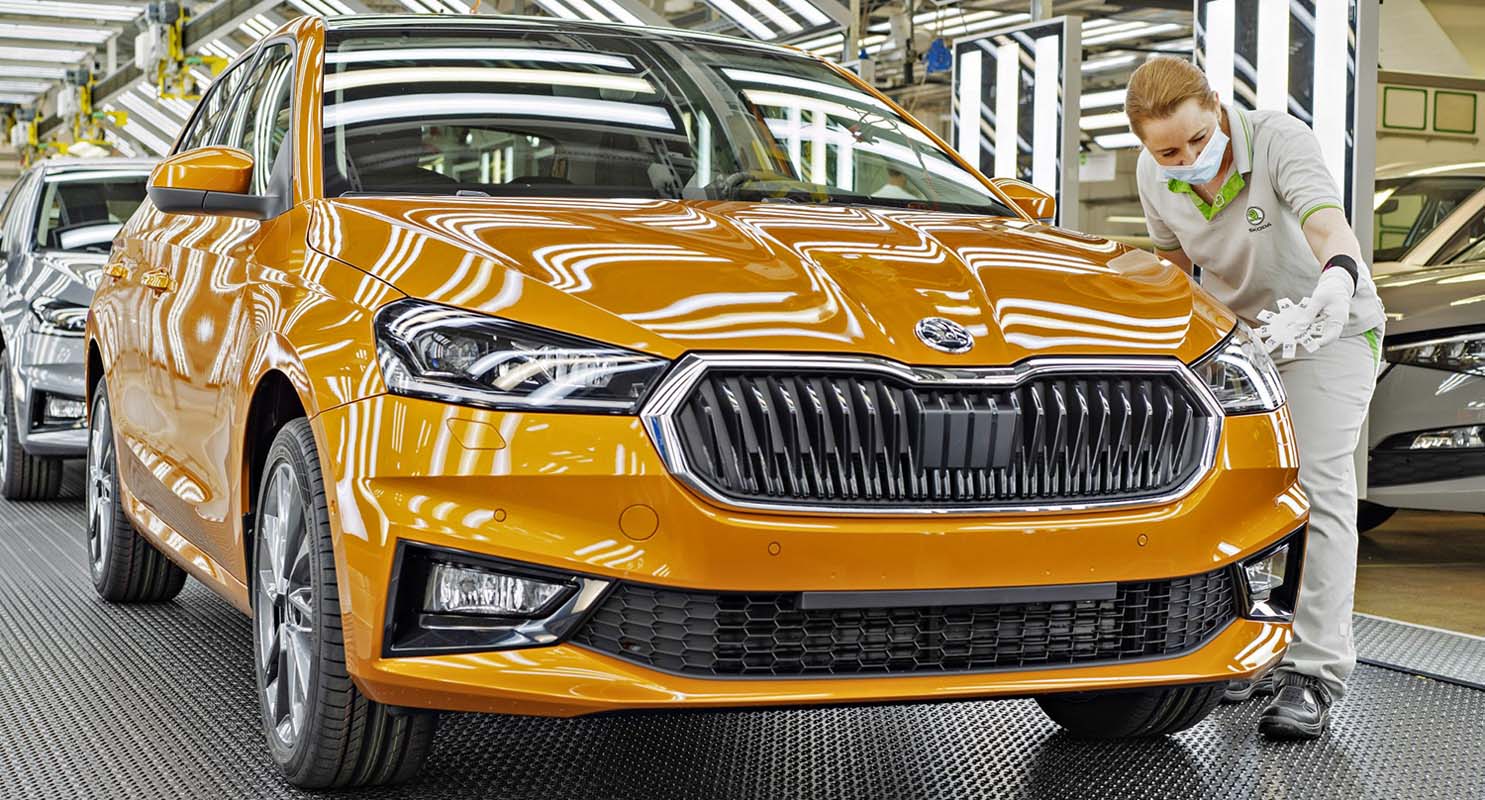 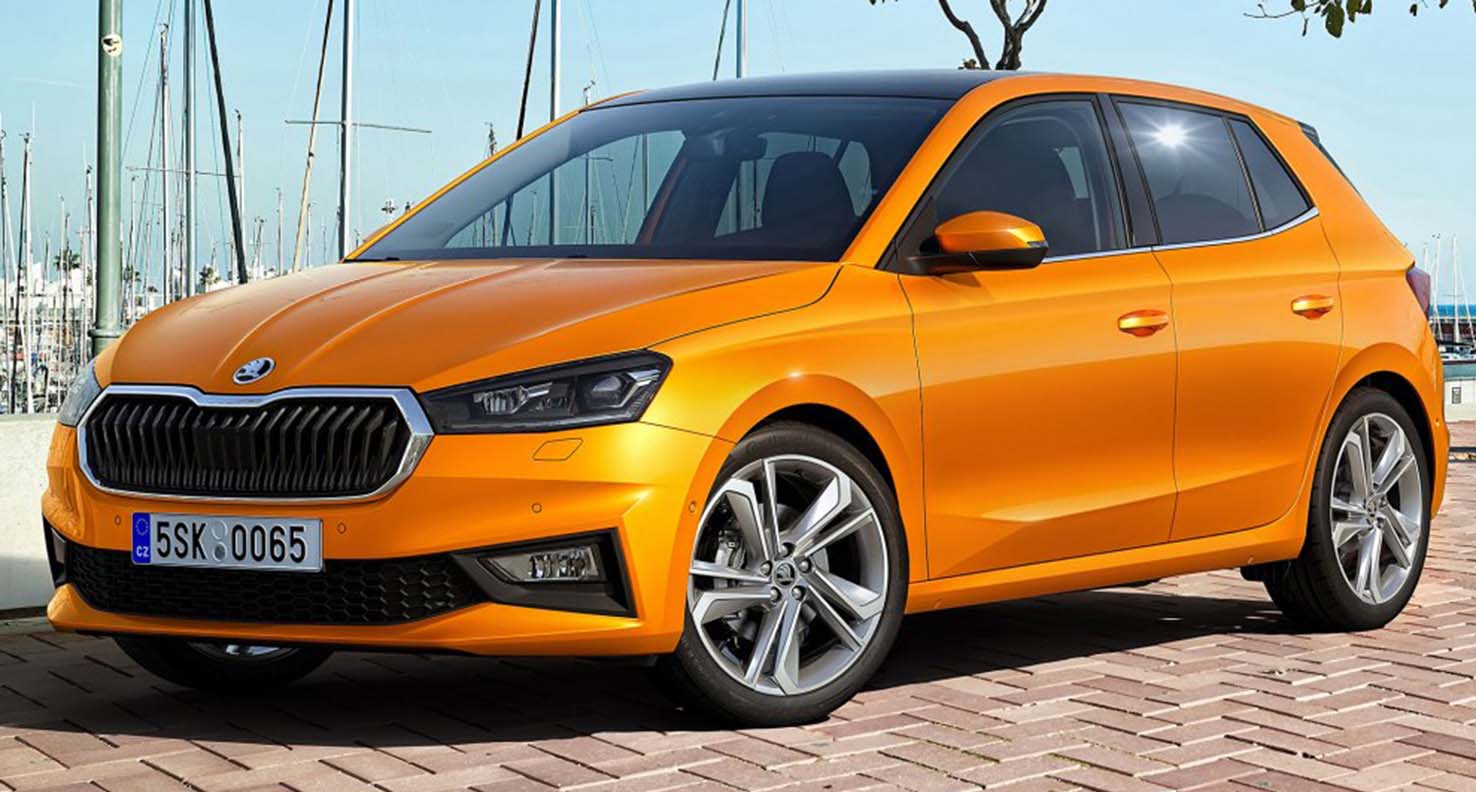 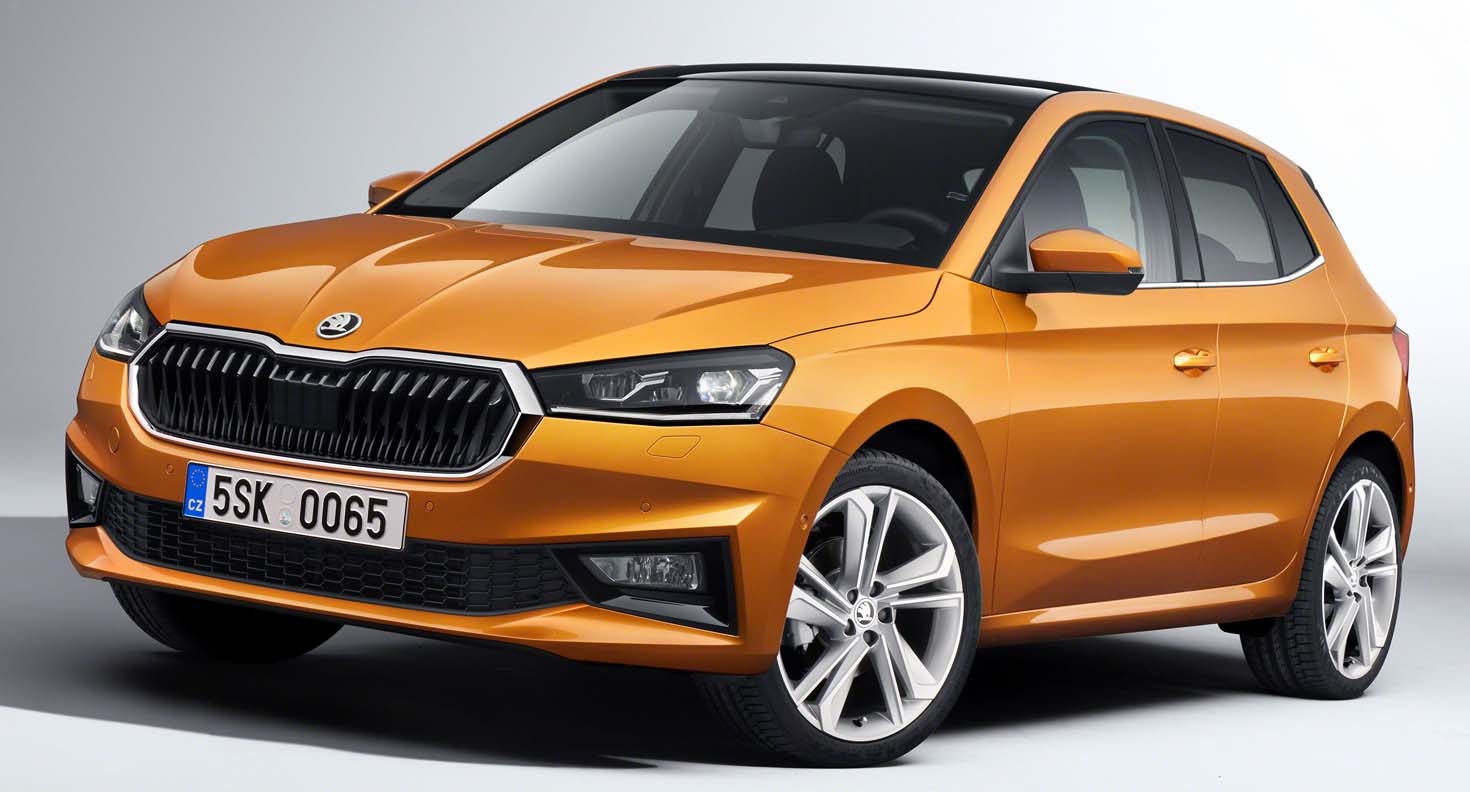 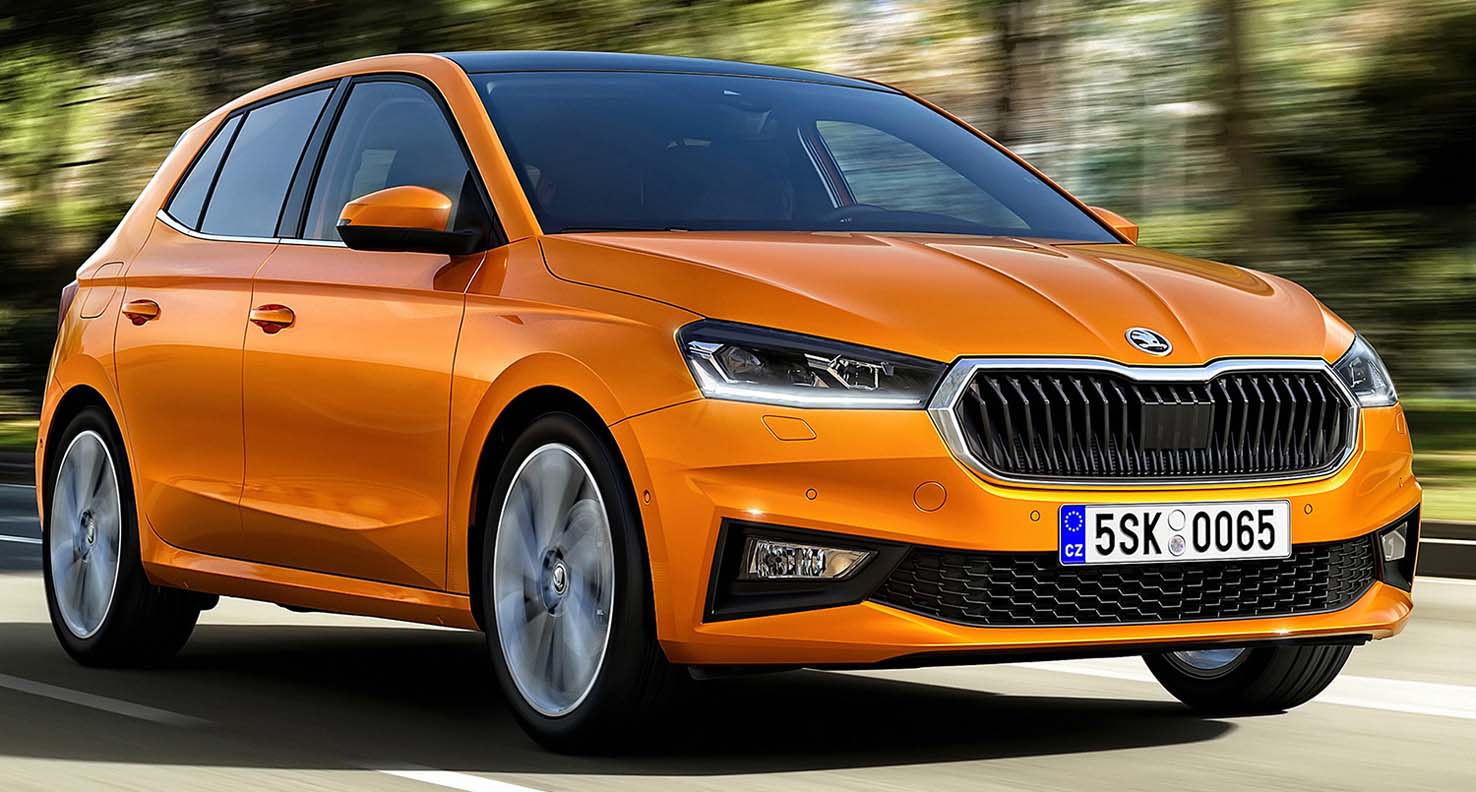 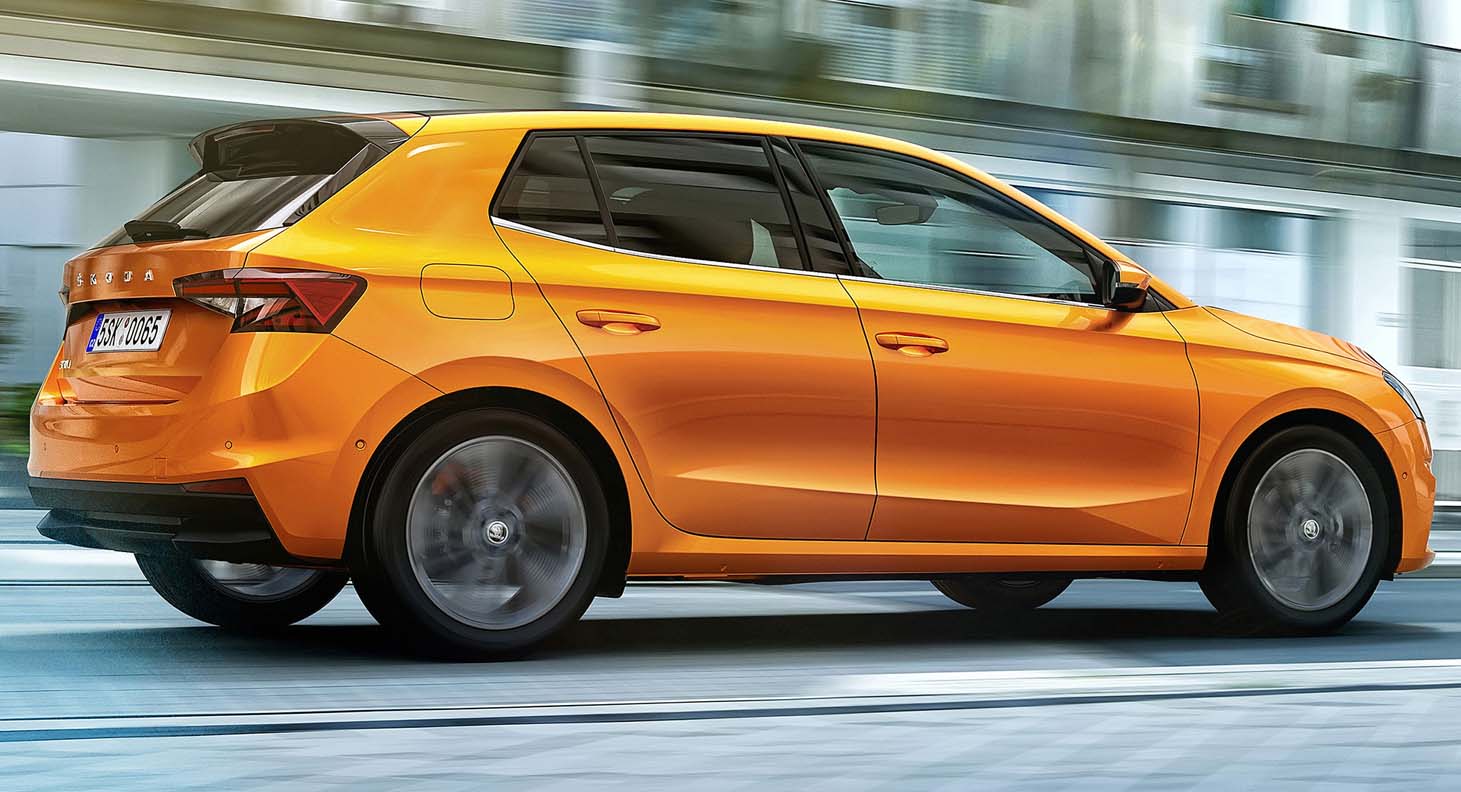 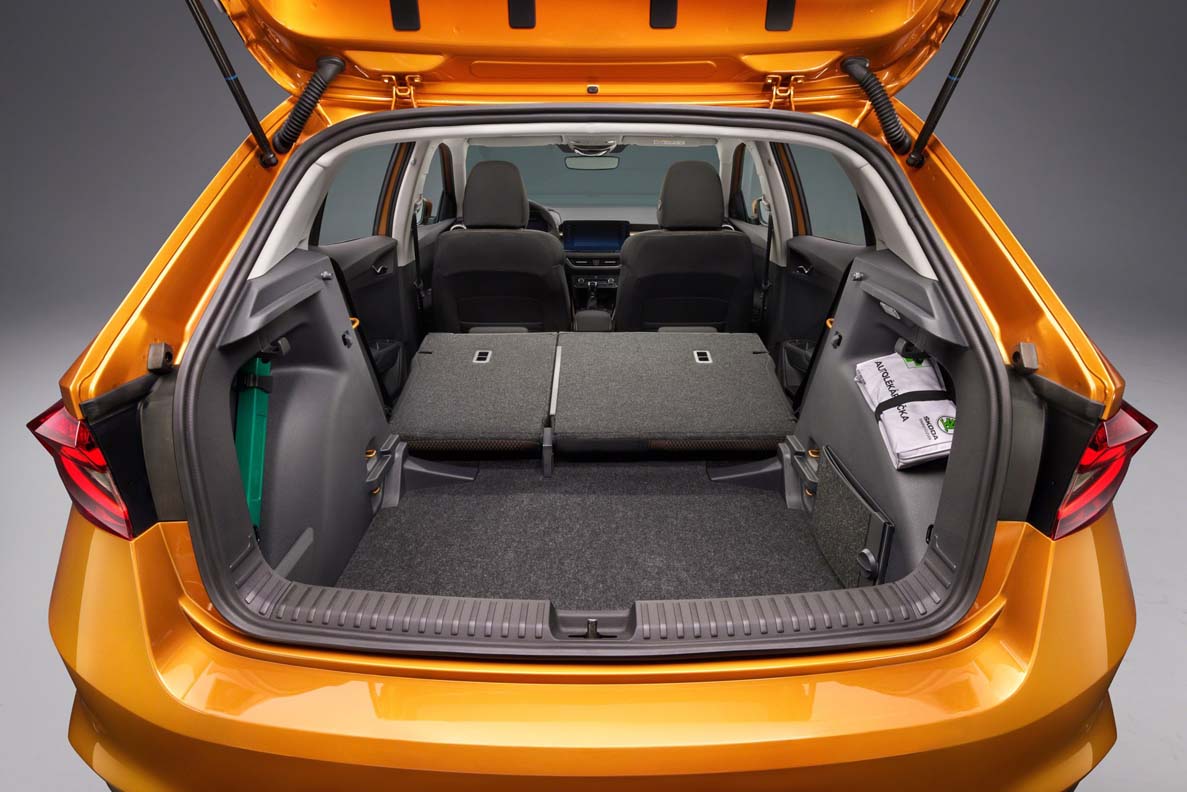 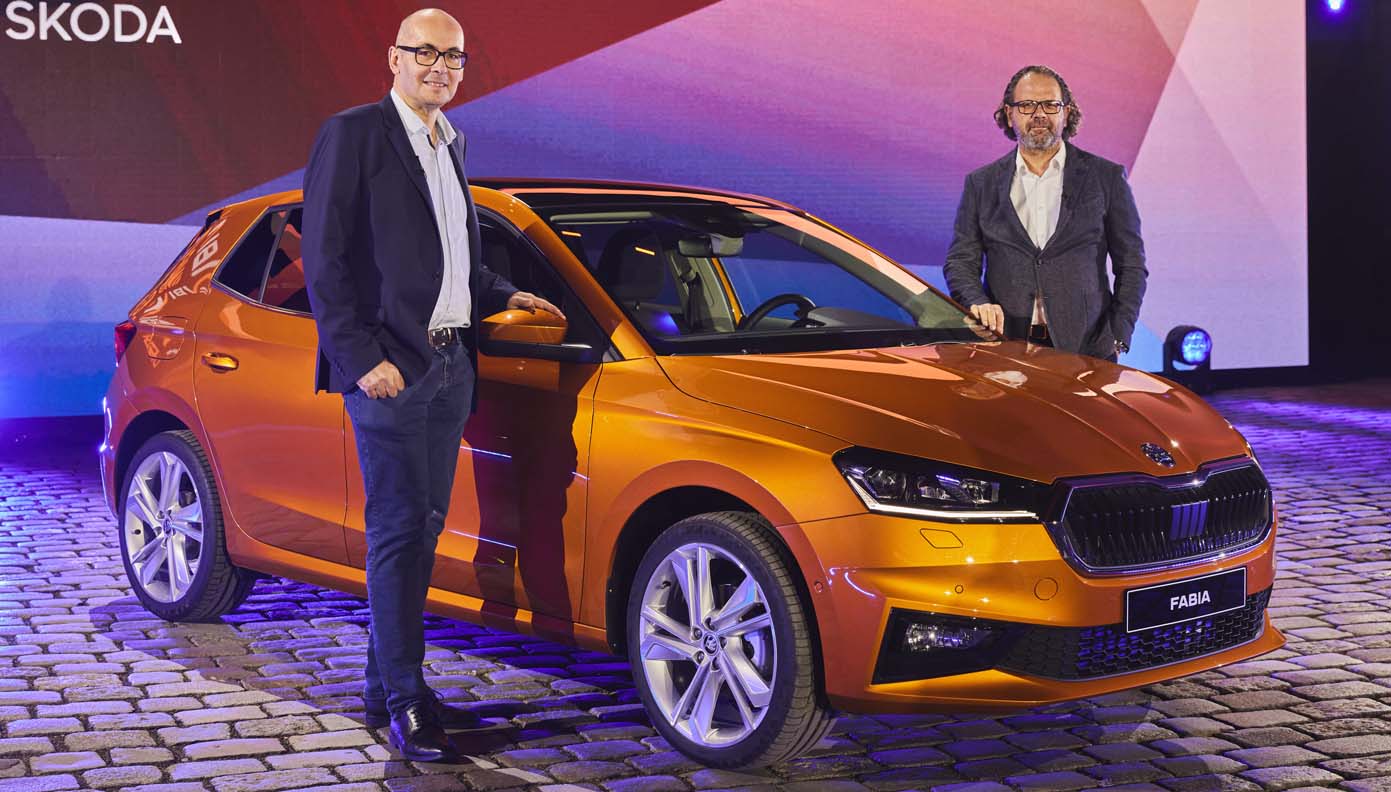 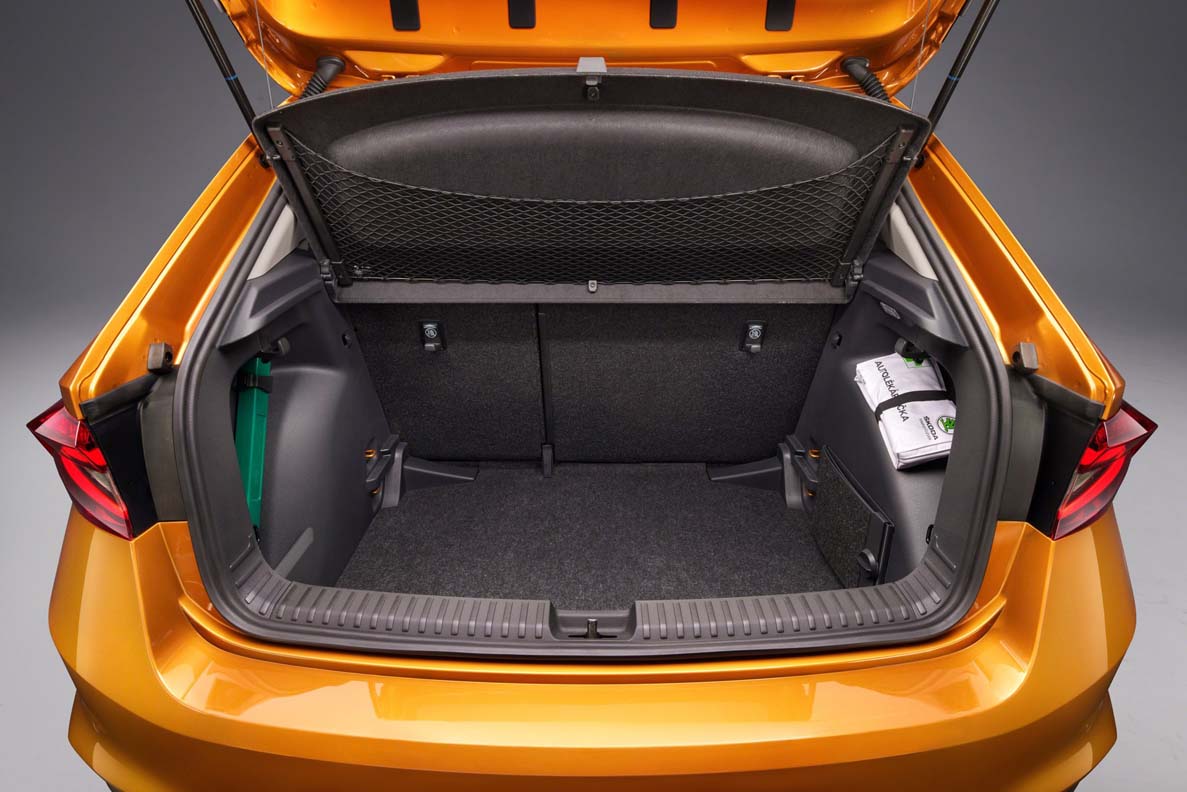 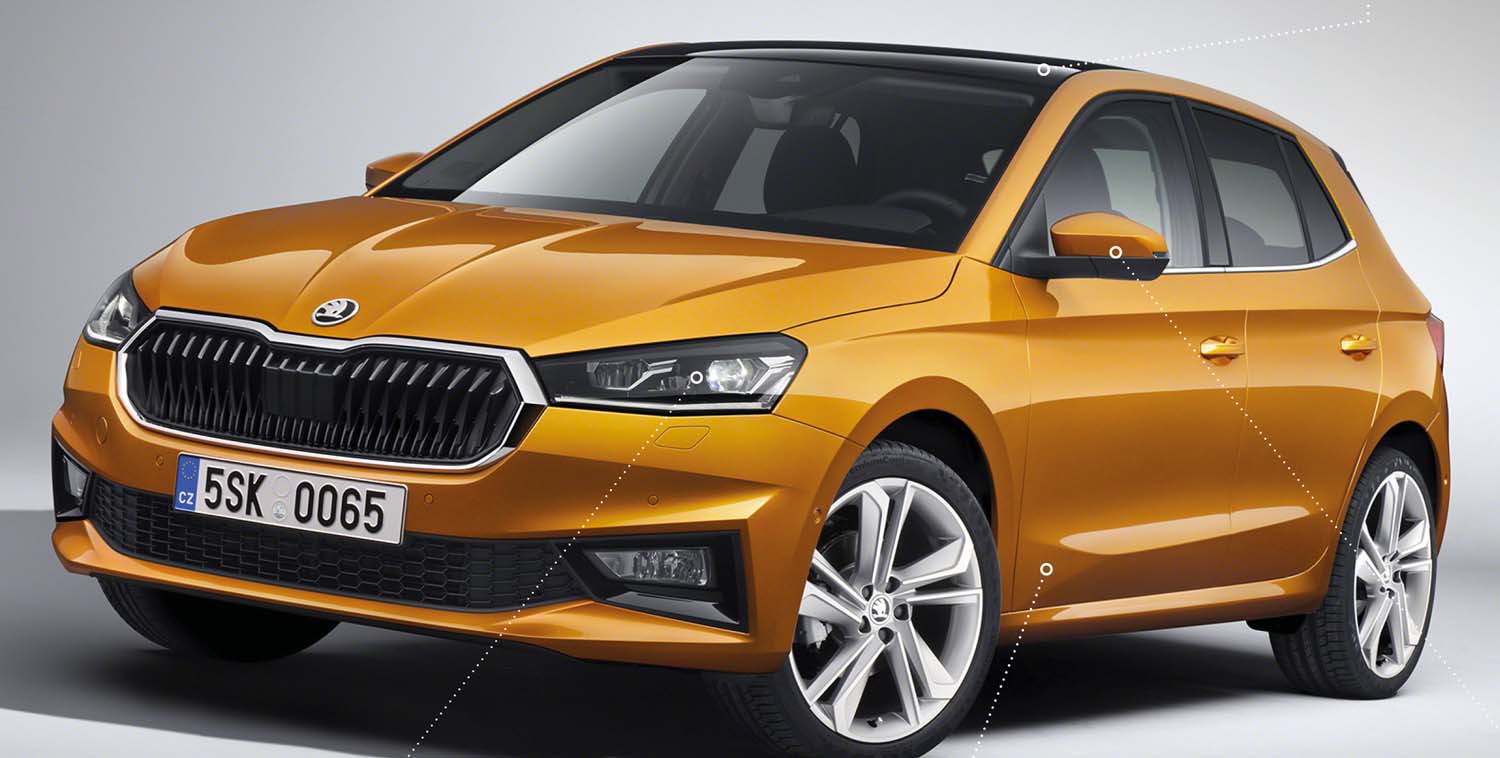 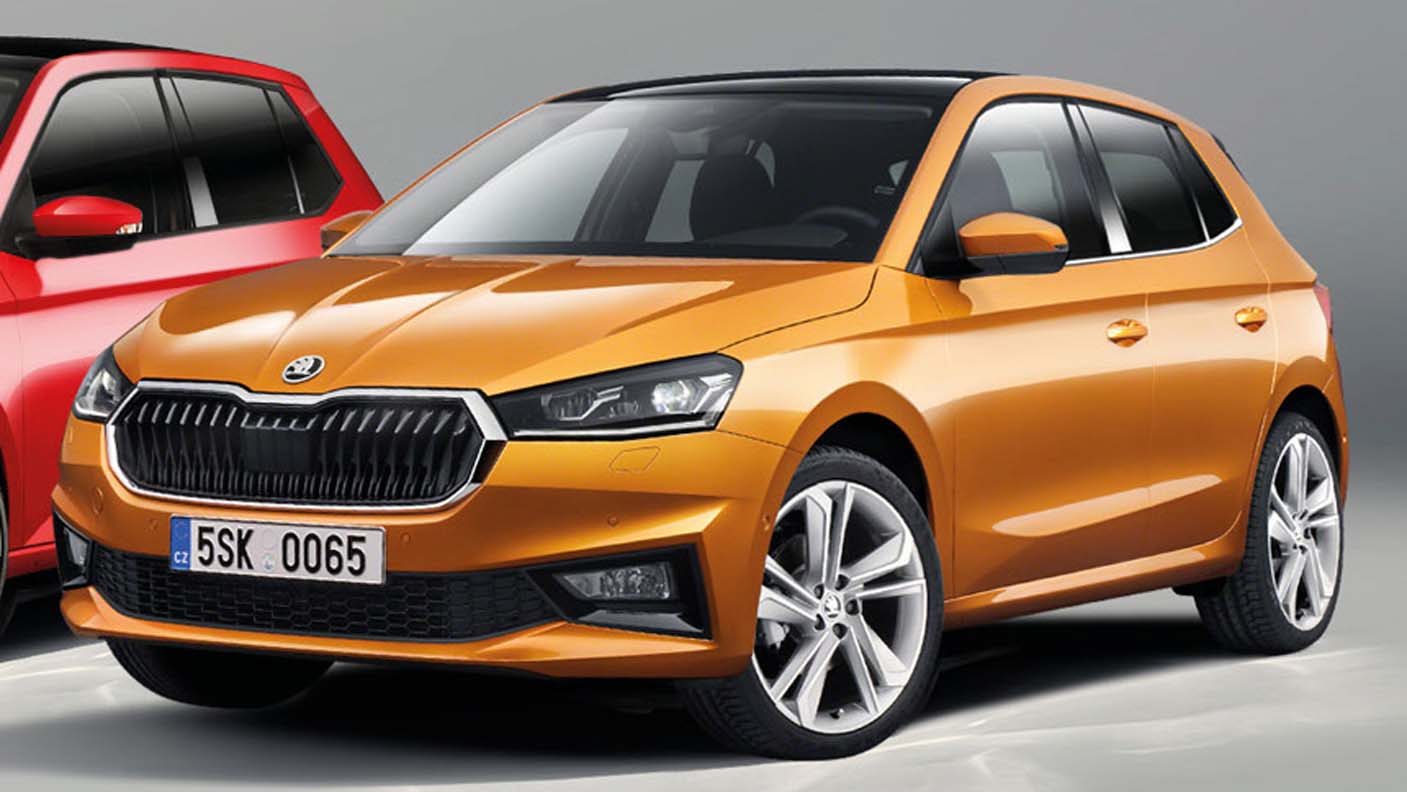 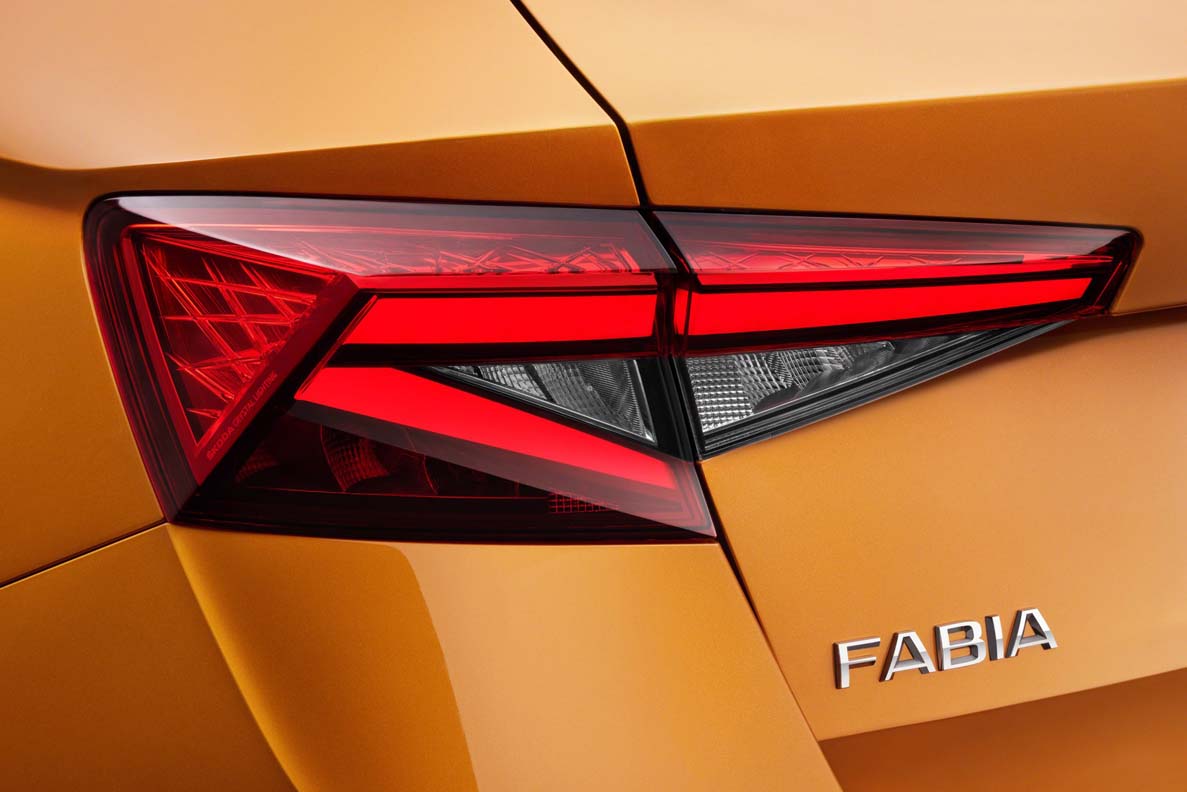 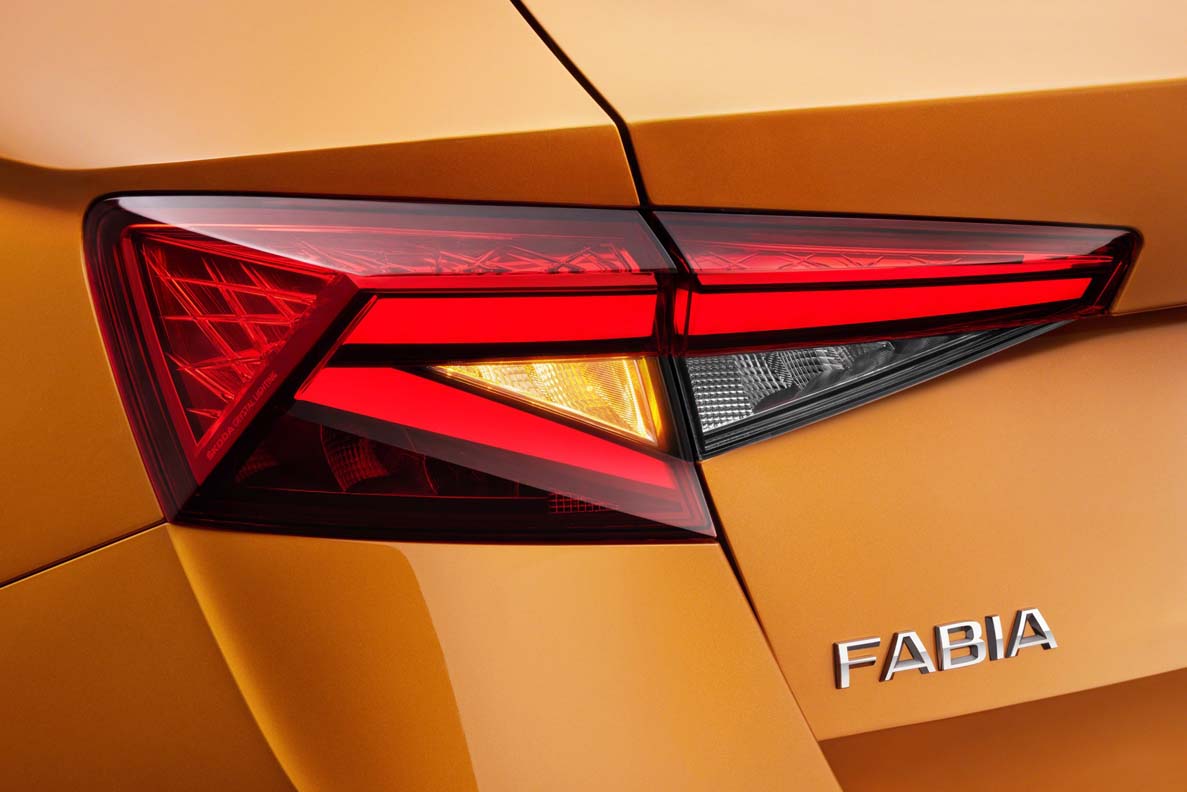 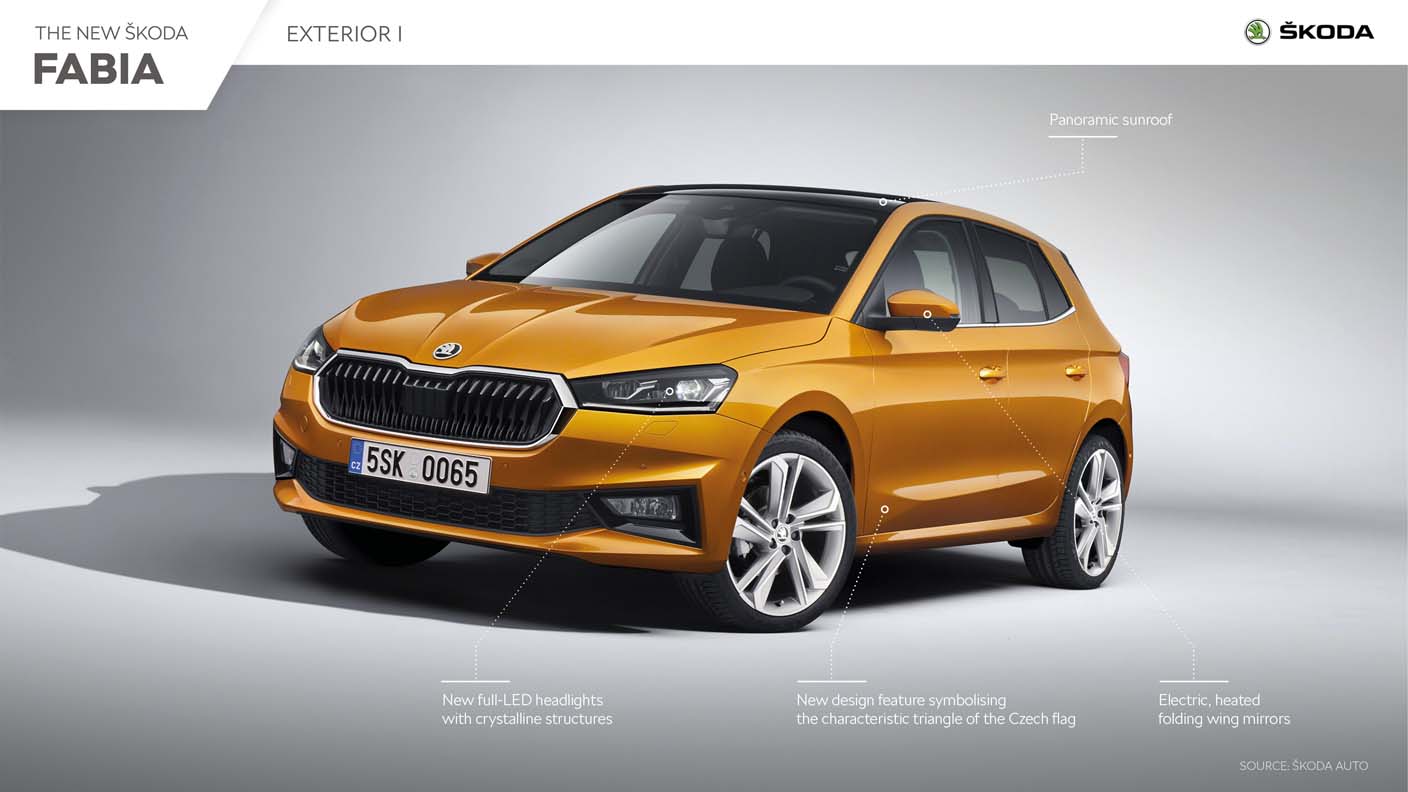 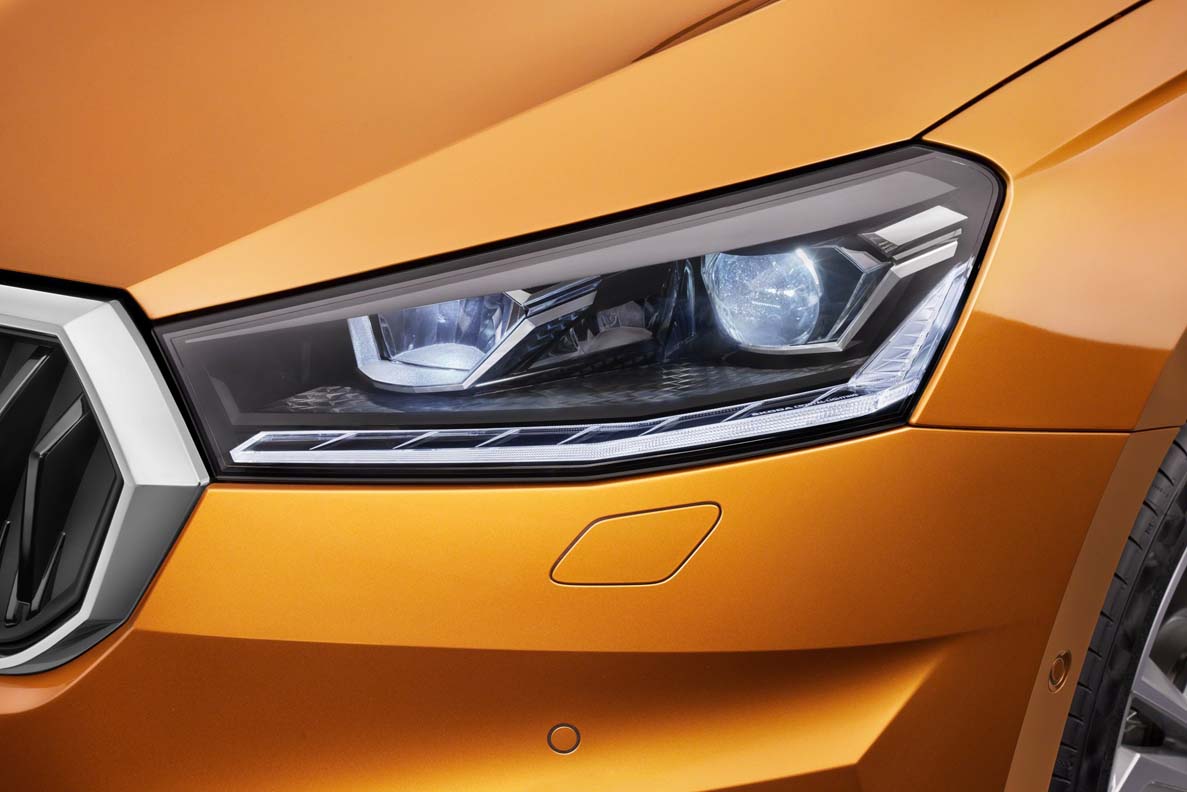 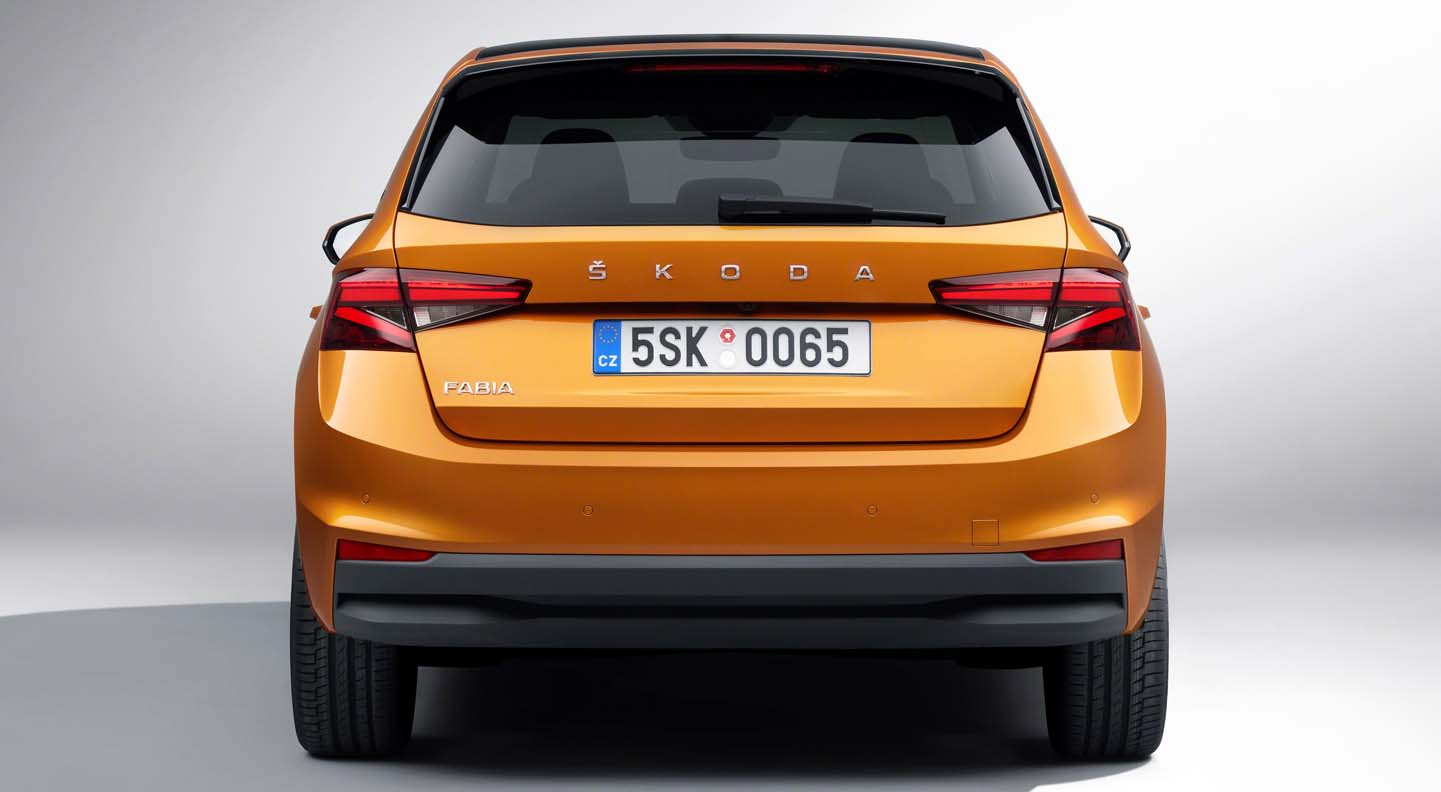 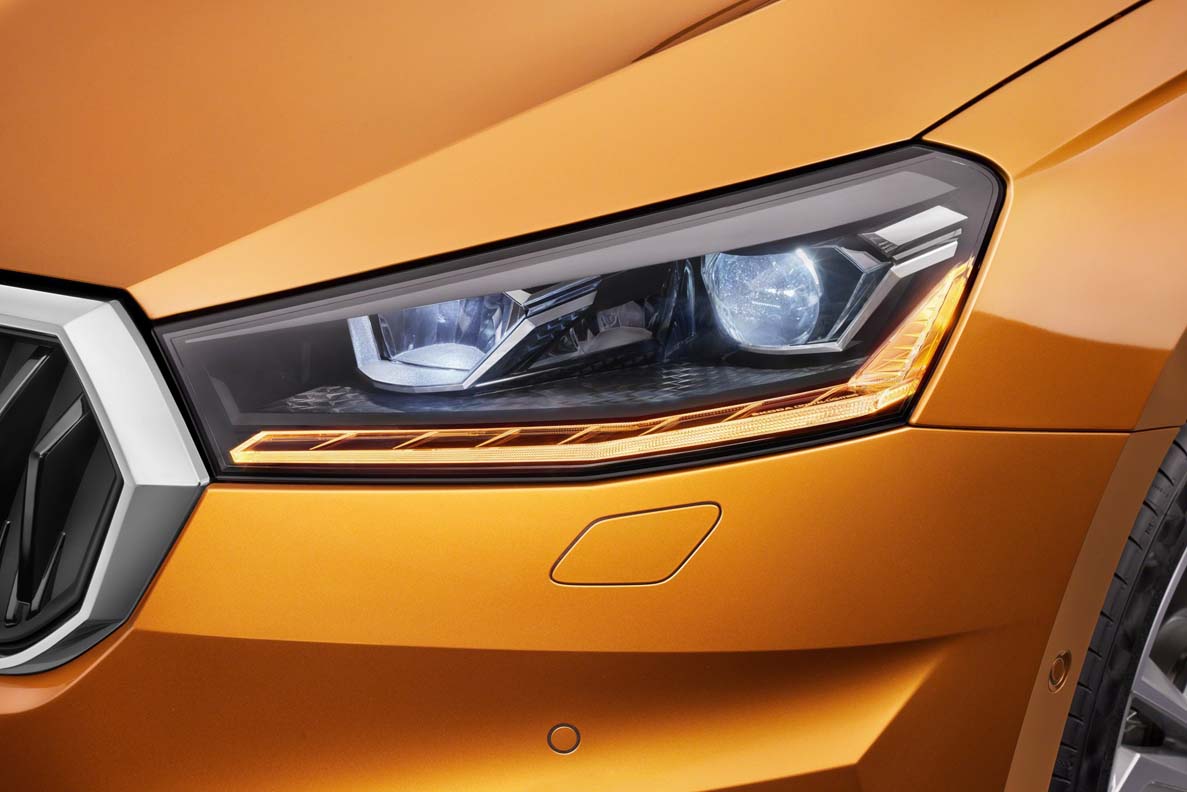 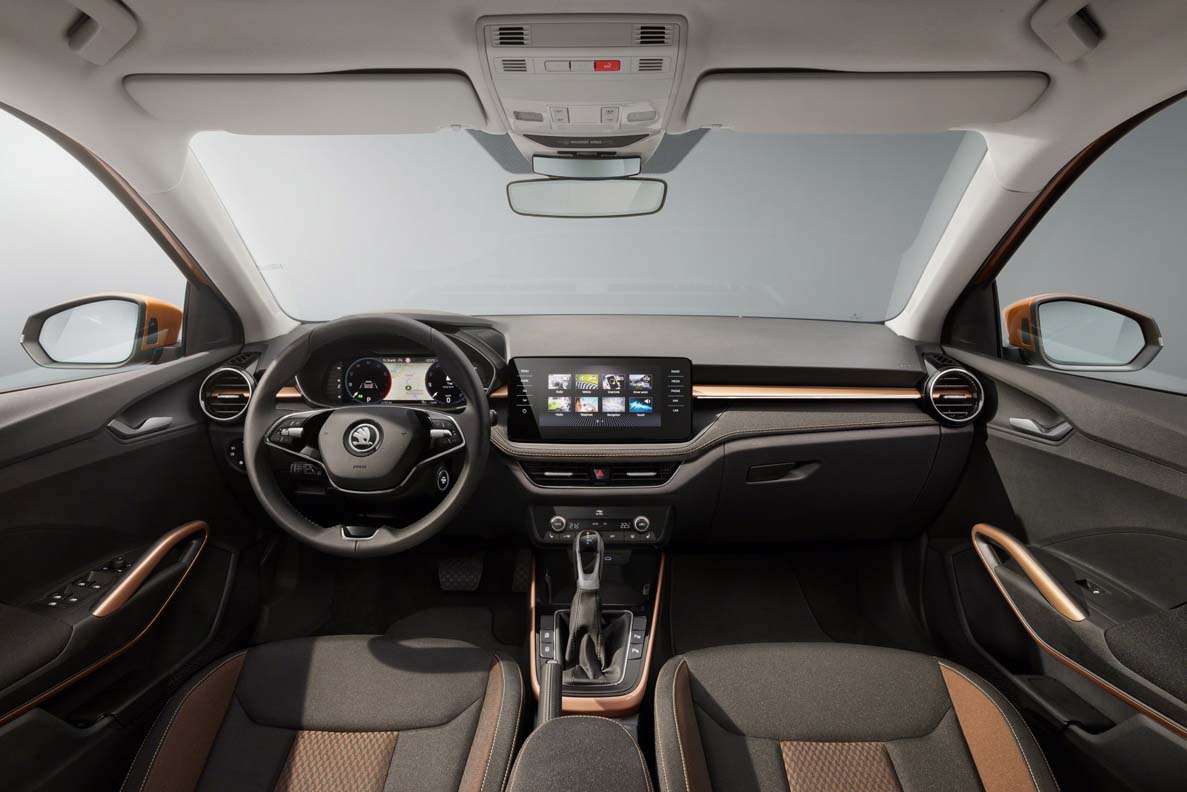