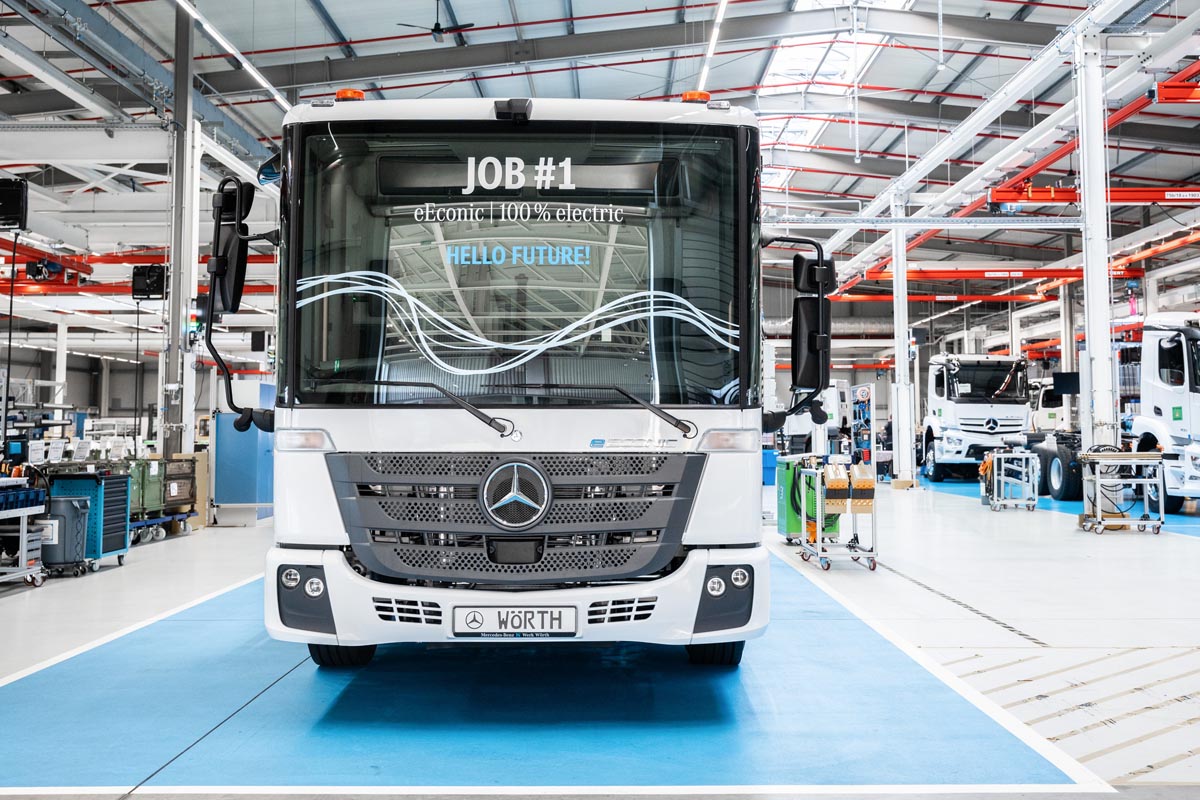 Daimler Truck is accelerating the electrification of its vehicle fleet: The Mercedes-Benz eEconic for municipal use is going into series production at the Wörth site in the southern Rhineland-Palatinate. Within a short period of time, the second model of the battery-electric Mercedes-Benz trucks will roll off the production line in Wörth, following the series launch of the eActros for urban distribution transport in October 2021. The eEconic was developed together with customers and, following intensive test series, has been undergoing practical trials with customers since May 2022. The first vehicle from series production will be handed over to Urbaser A/S, a company operating in the waste disposal sector in Denmark. Other customers have already opted for the series-production eEconic. The vehicles are to be delivered successively over the course of the year.

Dr. Ralf Forcher, Head of Mercedes-Benz Special Trucks: “From the sketch to the finished vehicle, from the prototype to the production truck – now the time has come: with the eEconic, we are putting the first electrically powered and series-produced Mercedes-Benz Special Truck on the road. The exchange with our customers has shown: cities and municipalities want CO2-neutral vehicles for their fleets. Especially with regard to large cities, there is a need for quiet, clean and safe logistics and waste disposal solutions. And we offer just the right truck for this.”

Dr. Andreas Bachhofer, Head of Production and Plant Manager at the Wörth plant: “In the fall of 2021, we were giving the go-ahead for series production of our electric trucks here at the Wörth plant with the eActros, and now we’re following up with the eEconic. This is made possible by our flexible production and our highly motivated team at the site, which has integrated the eEconic into line production in a very short time and is working hand in hand to meet the high quality demands of our customers. The start of production of the second electric truck here in Wörth shows once again that we are already in the middle of the transformation to new drive systems at the site.”

Series production of electric trucks at the Future Truck Center

The eEconic will be manufactured in the existing Mercedes-Benz Special Trucks assembly line, in parallel and flexibly alongside the trucks that will be powered by internal combustion engines. After the vehicle has been largely assembled, the eEconic’s electrification continues in the Future Truck Center, where – just like the eActros – it is equipped with the electric drive components. In several production steps, the high-voltage batteries and the charging unit are installed, among other things. Once all high-voltage components have been assembled, the entire system can be put into operation and the truck is ready to drive.

In the course of the transformation towards CO2-neutral transport, the Wörth site has set itself the goal, among other things, of continuously developing its workforce for the production of trucks with new drive systems. This also includes ensuring that employees who work on high-voltage vehicles such as the eEconic undergo specific training and development. Since 2018, employees at the Wörth site have been qualified for the production of electric trucks. To date, around 2,700 employees have been trained to handle high-voltage vehicles and components at the site’s own training center. They have thus acquired the necessary knowledge and are optimally prepared for the new requirements in production.

The key technical specifications of the eEconic are largely identical to those of the eActros. The eEconic as a waste collection is designed to cover the vast majority of typical waste collection routes operated by an Econic in a single shift without intermediary charging. The electric drivetrain enables a level cab floor to be implemented – this facilitates moving through the cab and is particularly advantageous when the driver wishes to leave the vehicle through the folding door on the co-driver’s side, well out of the way of the traffic. A significant upgrade over the conventional Econic comes in the form of the modern and intuitive multimedia cockpit. A further equipment highlight is the panoramic glazing, and the coated and heated Thermocontrol windscreen also prevents weather-dependent misting of the screen, thus improving the view of the road around the vehicle. The screen also prevents cab interior from heating up in sunlight. Major safety benefit in urban traffic: As standard, the eEconic features Sideguard Assist S1R and the 5th generation Active Brake Assist emergency braking assistant.

The start of production of the eEconic is another milestone on Daimler Truck’s path to CO2-neutral transport: in order to contribute to the decarbonization of the commercial vehicle industry, the company is pursuing the goal of putting CO2-neutral transport on the roads by 2050. The Group therefore aims to sell only CO2-neutral vehicles in its main sales regions in North America, Europe and Japan from 2039 forward. The so-called „dual strategy“ focuses on two complementary technologies for the power supply of our drive-trains: batteries and hydrogen fuel cells.

About the Mercedes-Benz Wörth plant

The largest truck assembly plant of Mercedes-Benz Trucks was founded in Wörth am Rhein in 1963 and produces the Mercedes-Benz Arocs and Atego trucks – as well as the Actros, the world’s most successful heavy-duty truck, for more than 20 years. In 2021, the series production of the battery-electric Mercedes-Benz eActros was launched. The Mercedes-Benz special trucks Econic, Unimog and Zetros are also built here. Up to 470 trucks customized according to customer requirements can leave Wörth plant every day. Customers in over 150 countries value the “quality made in Wörth”. The location on the Rhine is the center of competence for the global Mercedes-Benz Trucks production network. The Mercedes-Benz plant in Wörth also has more than 50 years of experience in CKD (Completely Knocked Down) production, and delivers vehicle kits to numerous overseas markets for local final assembly – more than 750,000 kits in total until today. With about 10,000 employees, the Mercedes-Benz Wörth plant is the second-largest employer in the state of Rhineland-Palatinate. 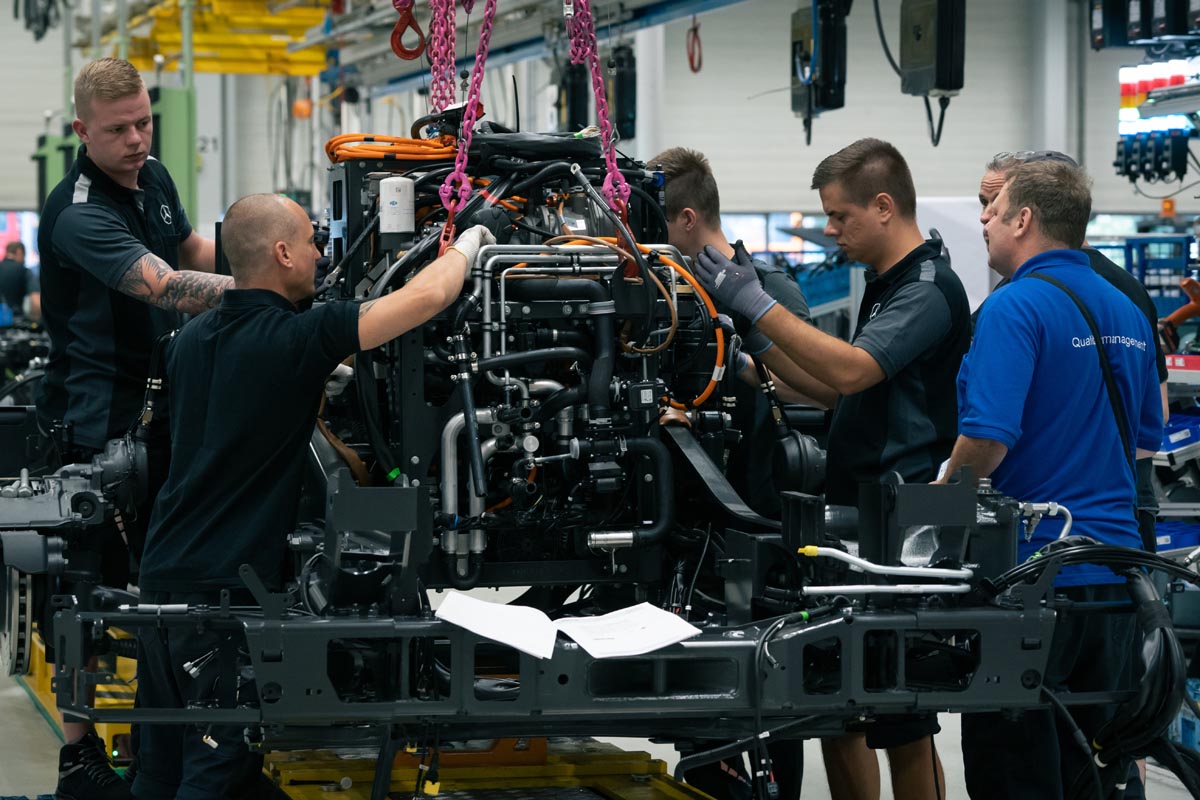 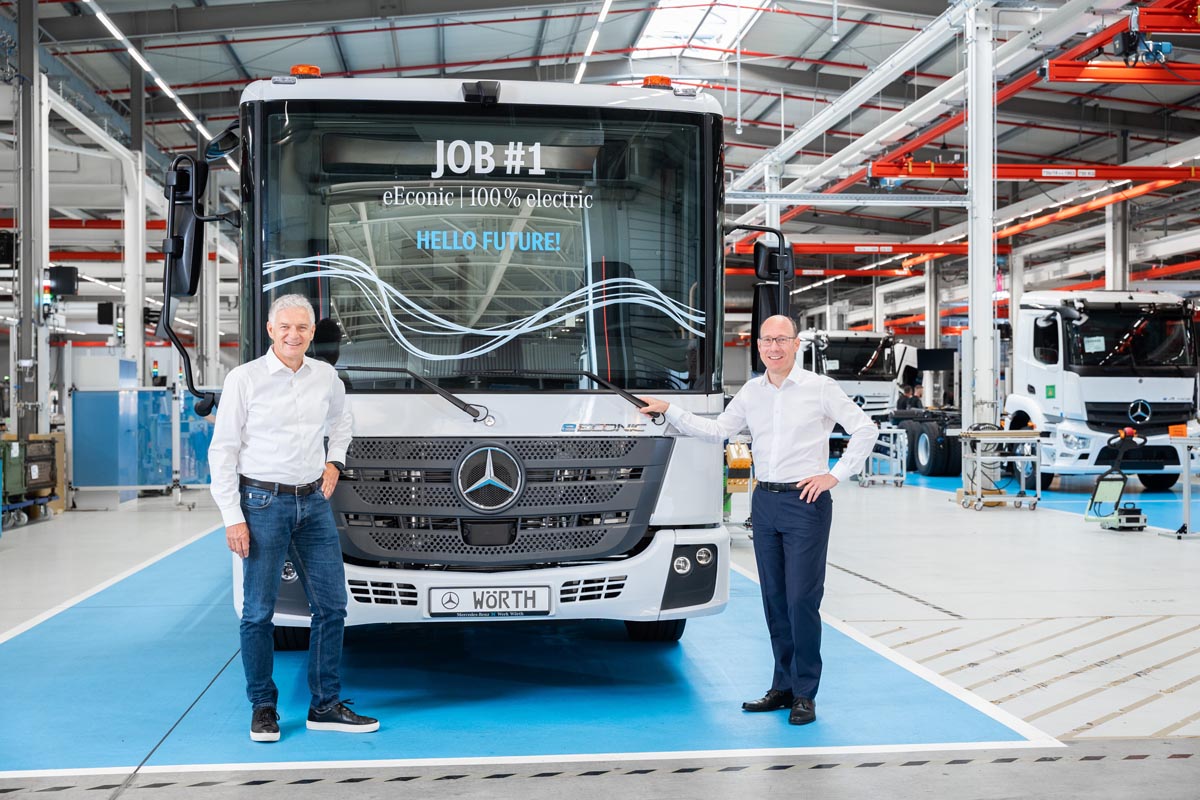 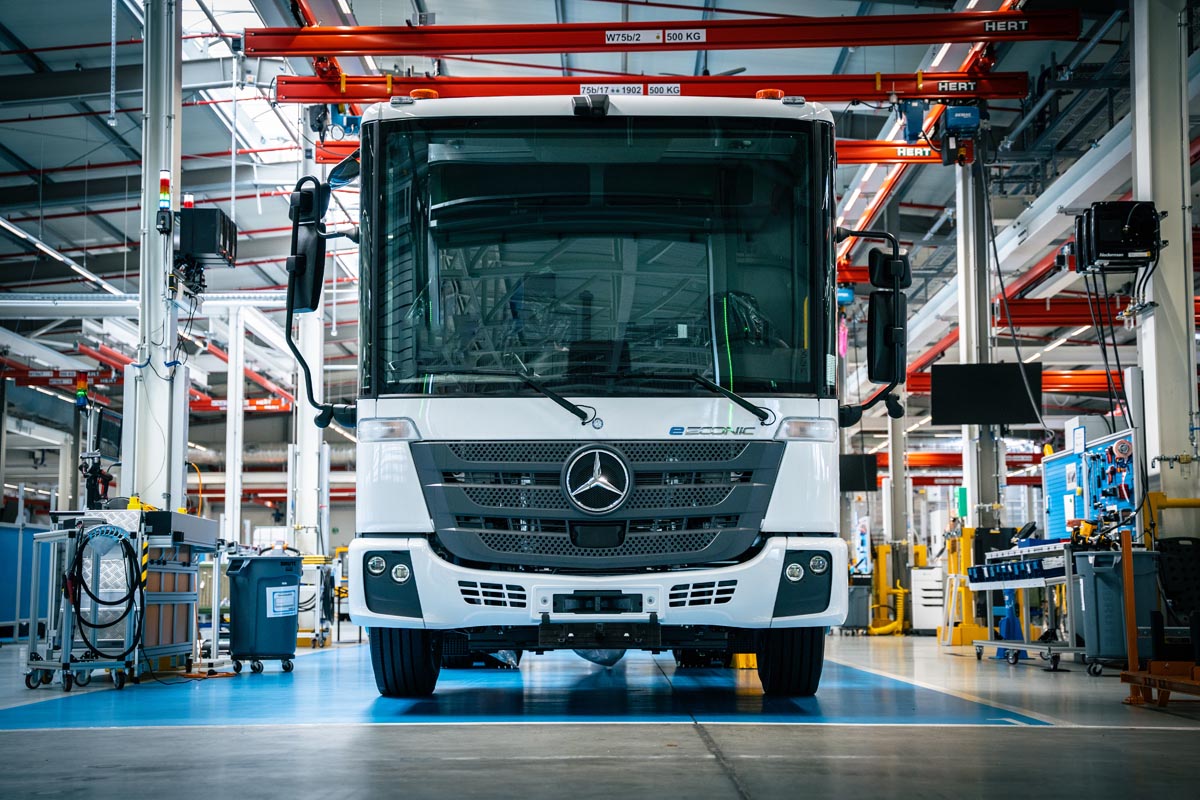 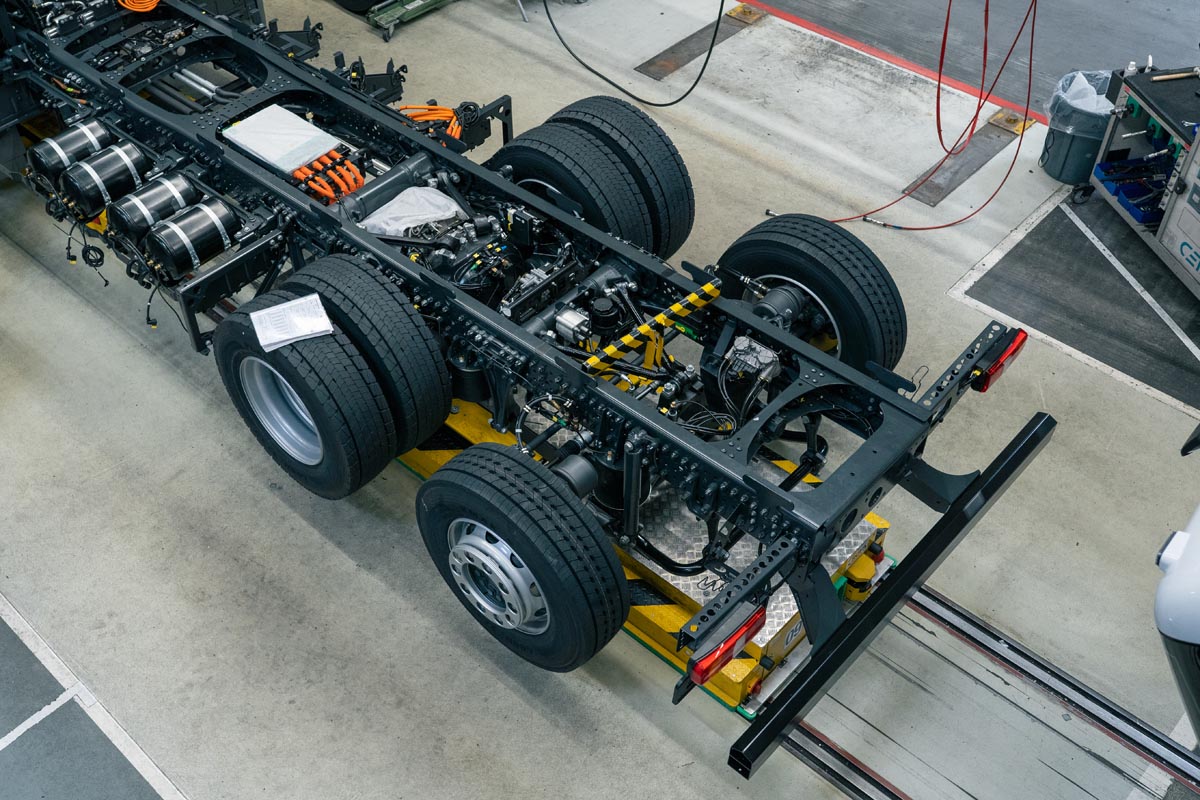 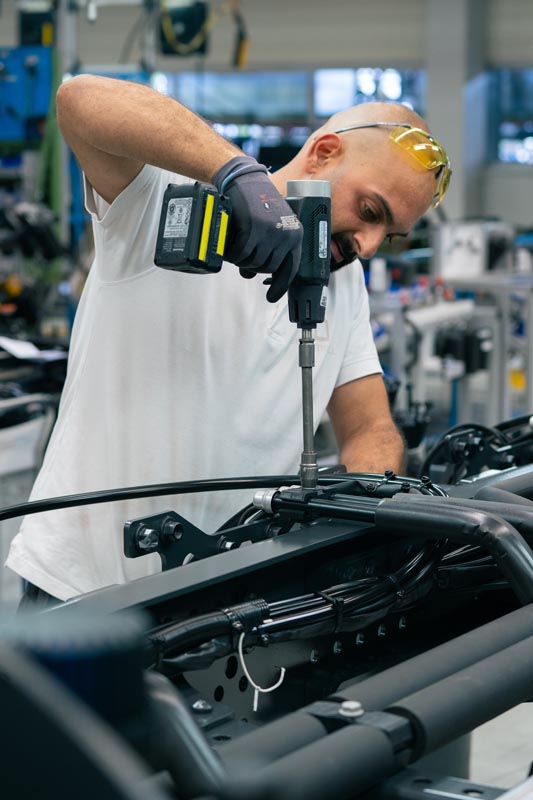 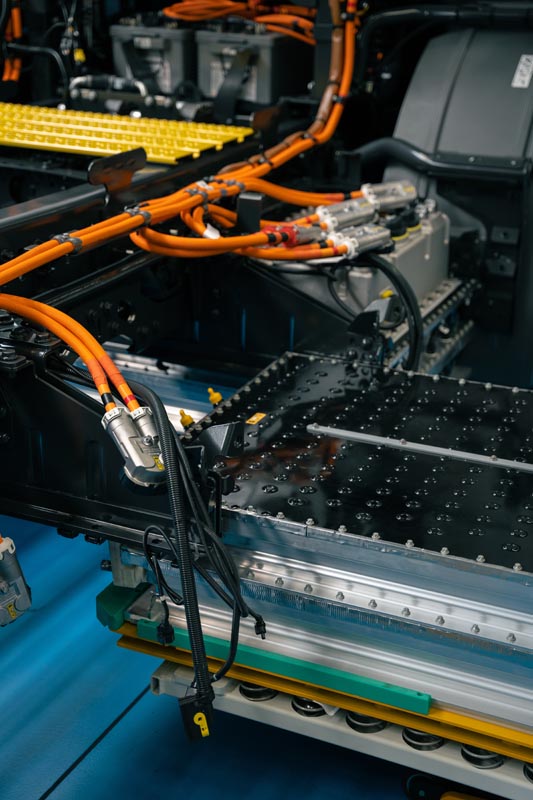 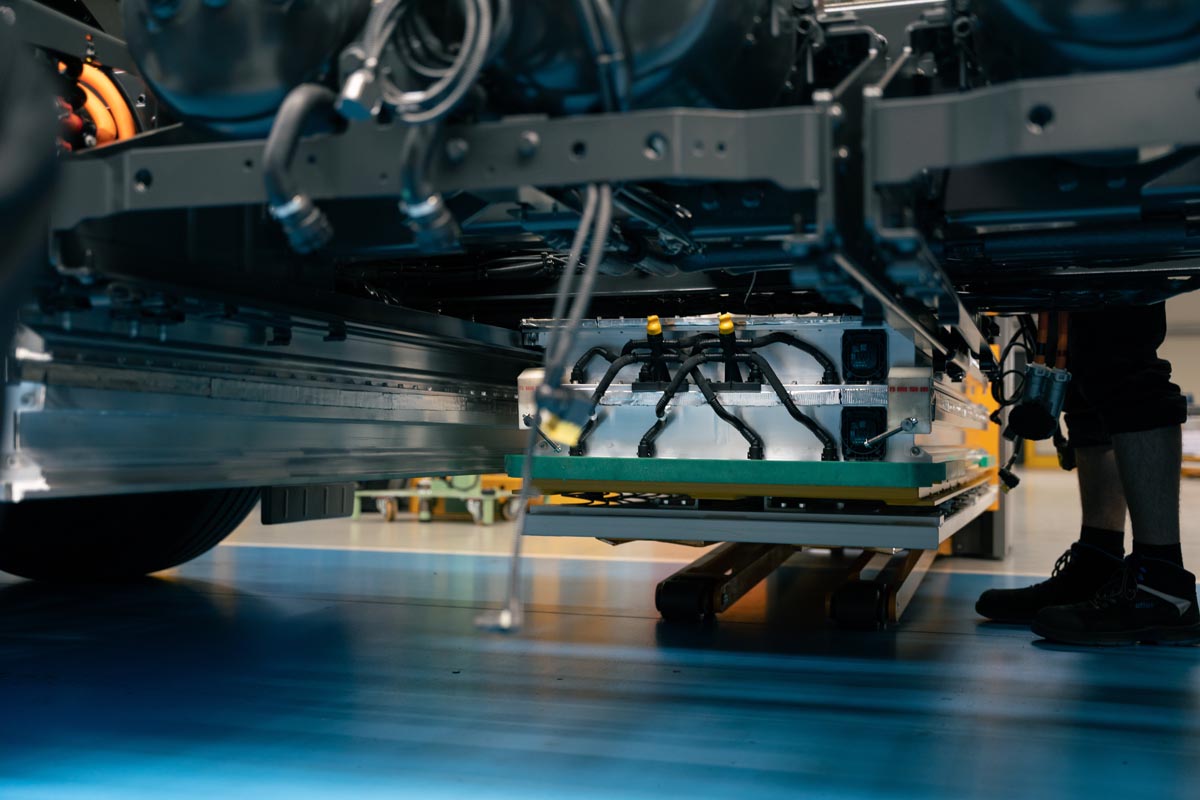 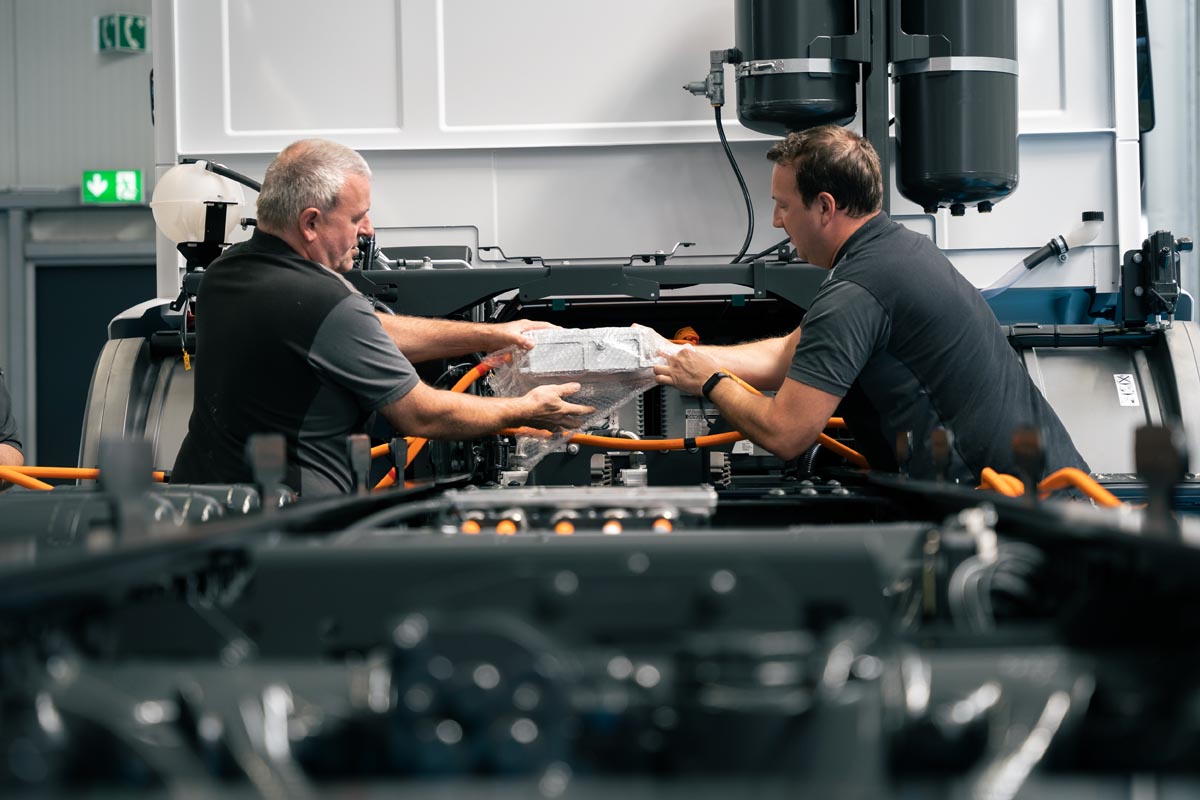 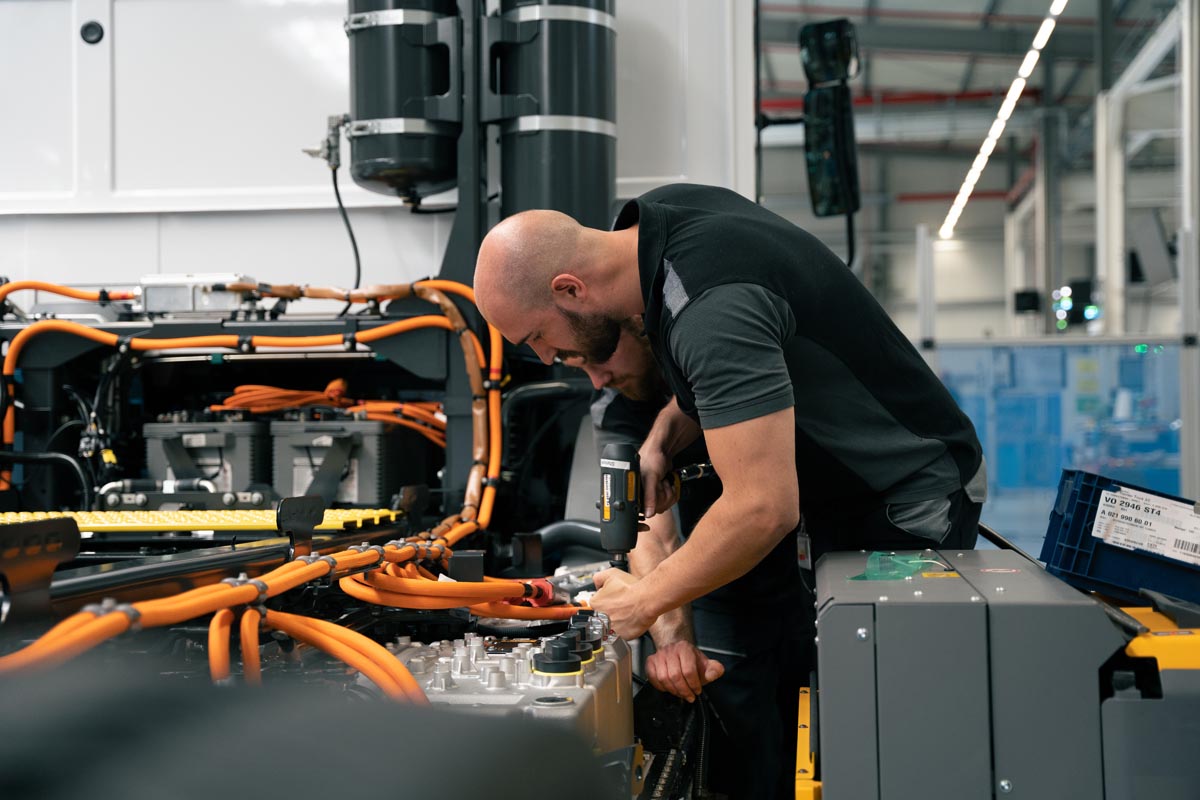 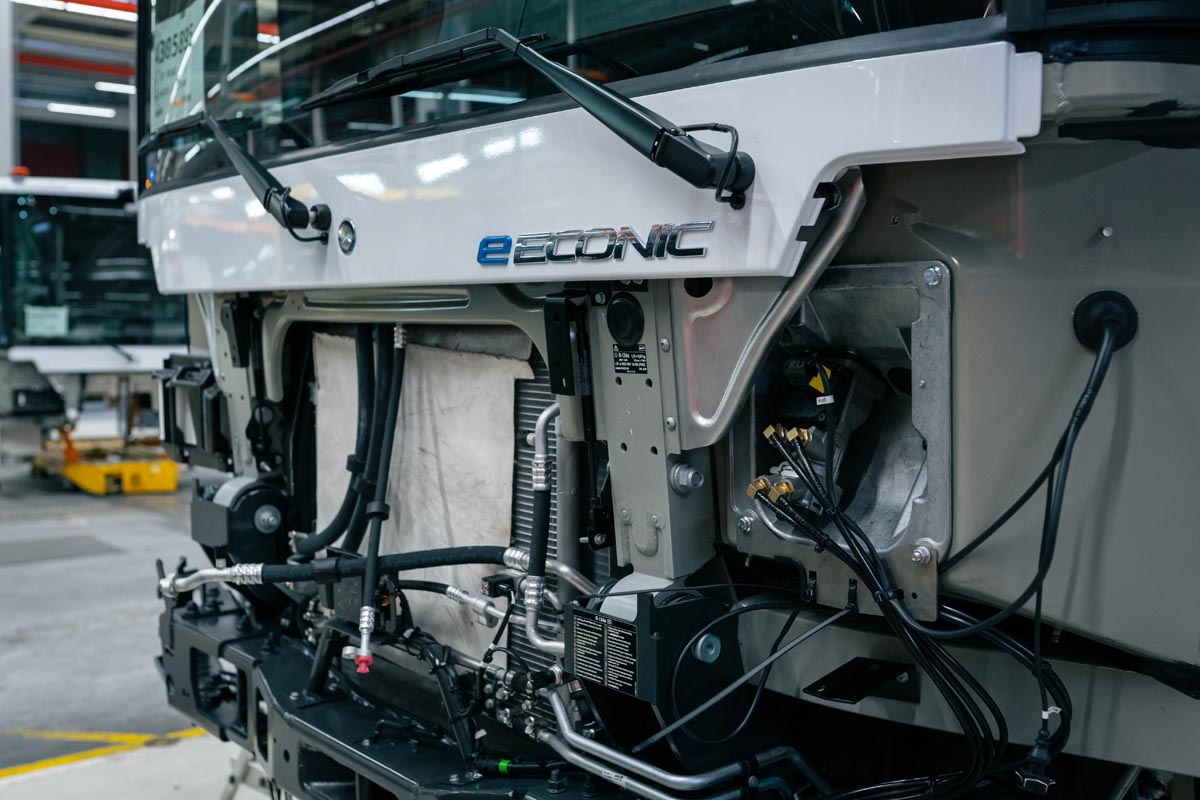 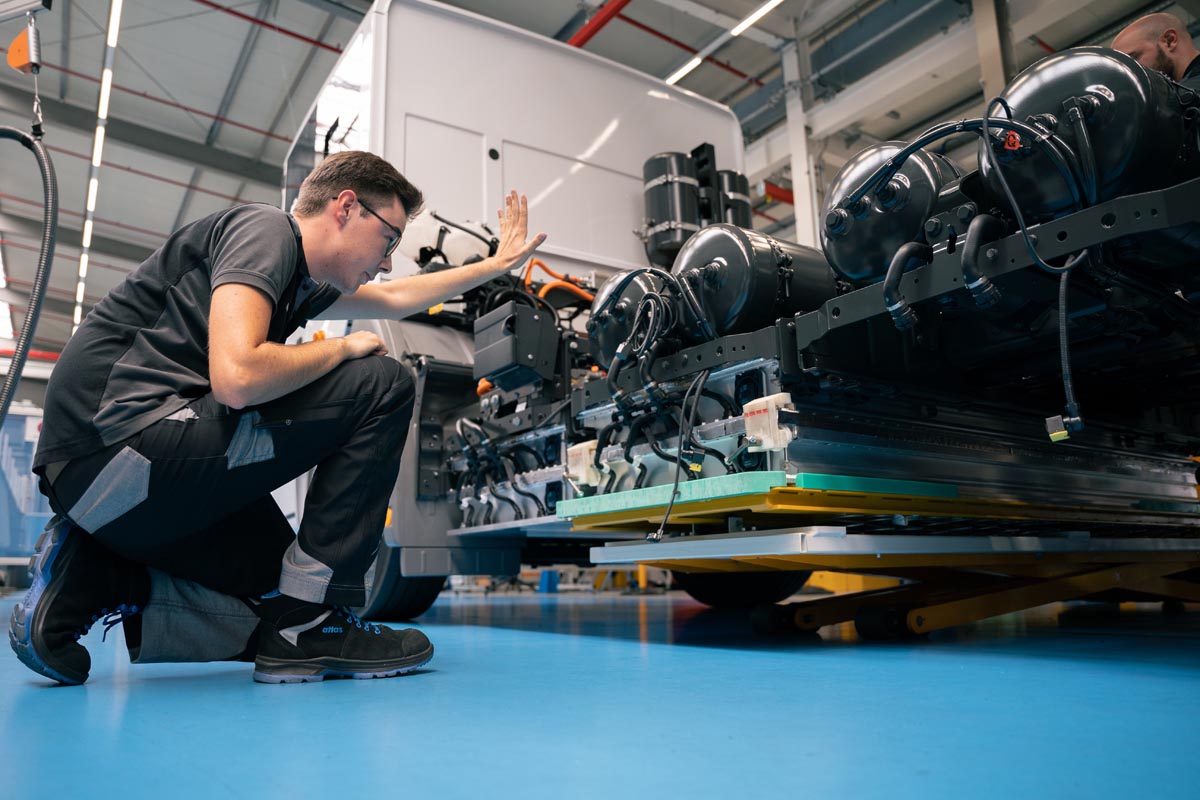 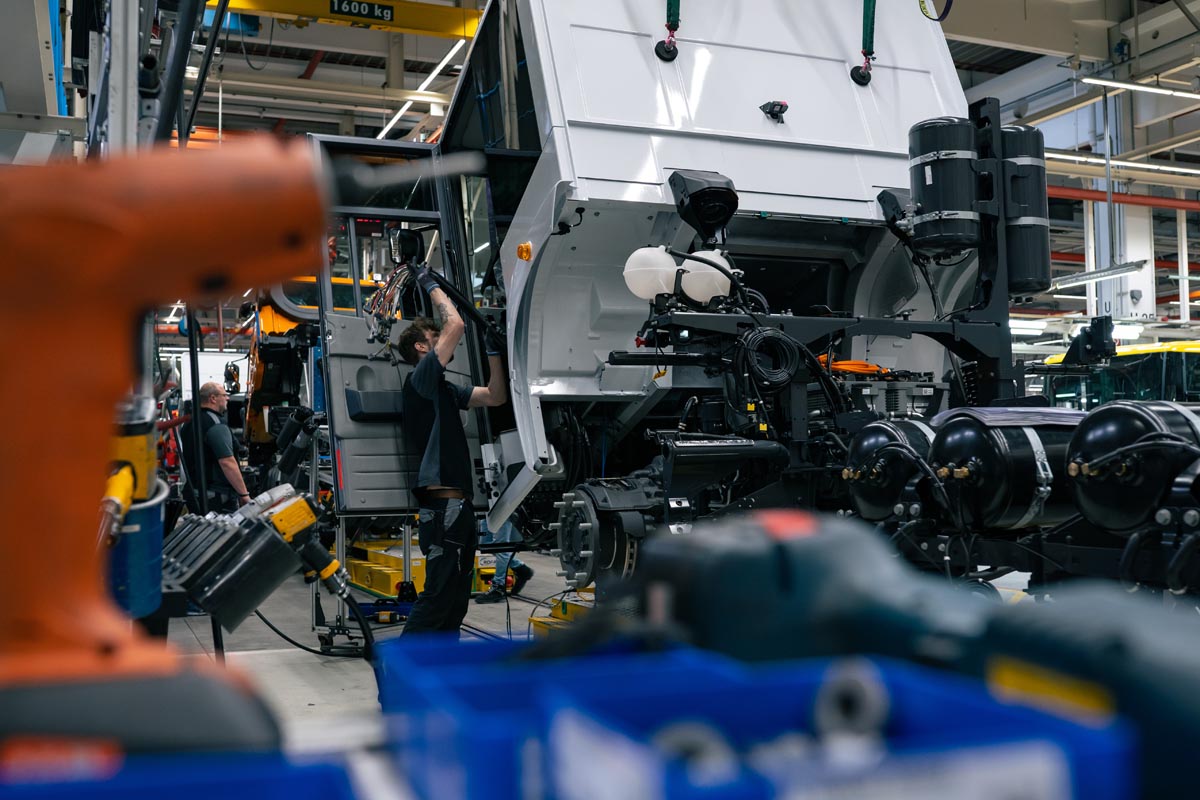