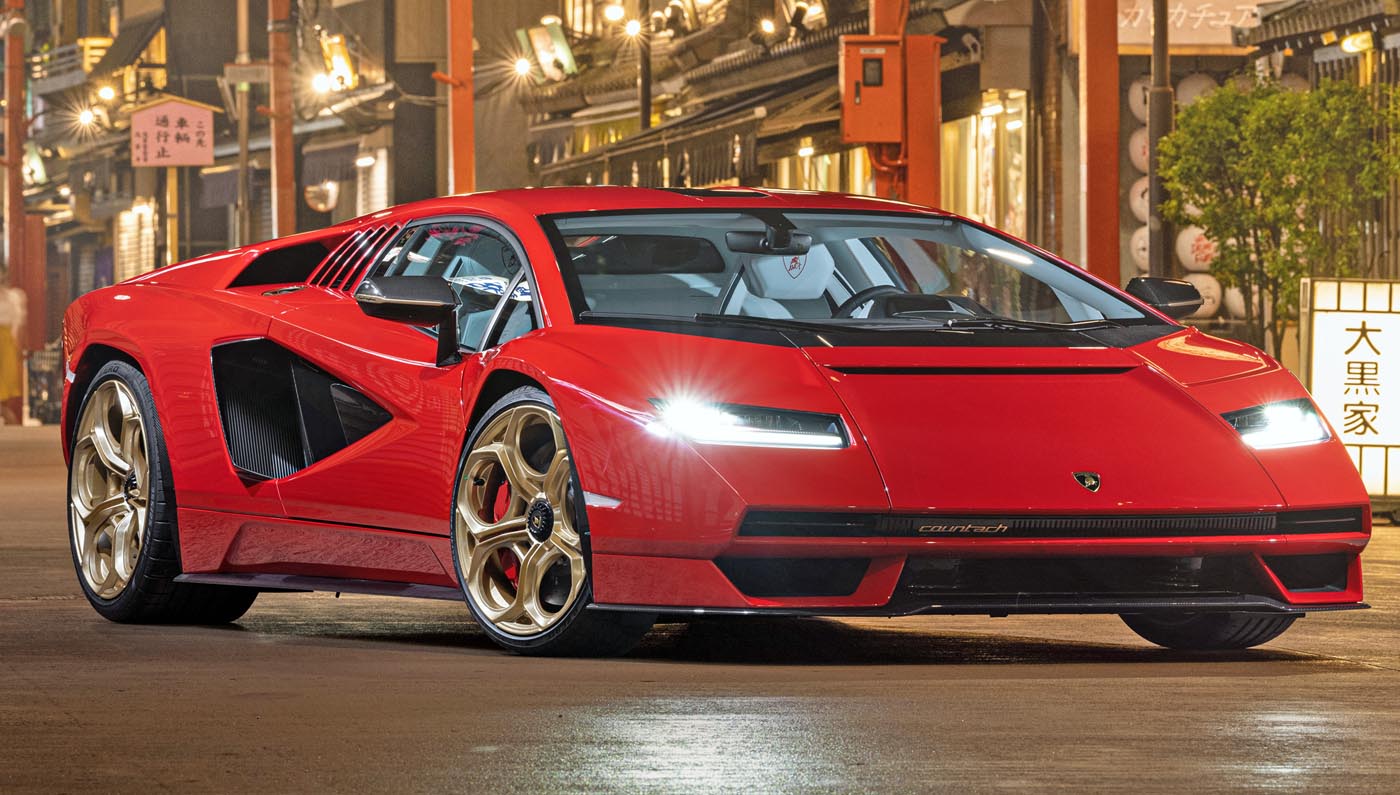 Warehouse Terrada in Tokyo was the setting for the unveiling of the Countach LPI 800-4 in Japan on the occasion of the first deliveries to customers. To mark the link with this model’s past history, a 1989 Countach 25th Anniversary was on display alongside the LPI 800-4. The event was exclusive to 90 members of the local press, who had the opportunity to interview Francesco Scardaoni, Region Director for Asia Pacific, Davide Sfrecola, Head of Lamborghini Japan, and Mitjia Borkert, Head of Design at Automobili Lamborghini. The Countach LPI 800-4 was then brought to the streets of Tokyo and photographed in front of some of the capital city’s most famous districts and buildings.

The Countach LPI 800-4 is a futuristic limited-edition car produced in 112 units that pays tribute to the original Countach, a non-conformist icon of revolutionary design and technology that celebrated its 50th anniversary last year. The LPI 800-4 is a tribute to Lamborghini’s glorious heritage, but not in retrospect. Rather, it represents the idea of what could have been the evolution of the iconic Countach of the Seventies and Eighties into an exclusive and contemporary super sports car model.

Francesco Scardaoni, Regional Director for Automobili Lamborghini in Asia Pacific said: “We are excited to present the Countach LPI 800-4 along with the 1989 Countach 25th Anniversary to our media friends in Japan. The Countach has been one of the most popular Lamborghini models ever since it was first introduced to the world five decades ago. As we begin the first deliveries of the Countach LPI 800-4 to our discerning owners in Japan, we can expect that the Countach will continue to turn many heads when it is on the Japanese roads as it has been for the past fifty years.”

The Countach LPI 800-4 retains the inimitable experience and sound of the V12 rear mid-engine (LP – longitudinale posteriore), incorporating the hybrid technology (I) developed for the Sián. The LPI 800-4’s all-wheel-drive V12 delivers 780 hp, combined with the 34 hp of the electric motor, for a total of 814 hp (rounded down to 800 in the name) and it delivers outstanding performance, with acceleration from 0 to 100 km/h in just 2.8 seconds, 0 to 200 km/h in 8.6 seconds, and a top speed of 355 km/h.

The Countach: beloved in Japan and starring in Manga

It is not just a question of sales figures but of emotional and cultural impact. Japan has always been a friendly territory for the Countach, with a host of enthusiasts ready to celebrate it and make it the protagonist of some famous Manga series.

Manga comics were first produced as early as the 18th century, but it was from the beginning of the 20th century that they began to be widely disseminated, and from the mid-1950s became one of Japan’s most important publishing products. Characterized by being in black and white and having a rather simple finish, they are still read today by people of all age groups.

The presence of the Countach in Manga comics dates back to the ’70s, when it captivated the Japanese public with its futuristic shapes, angular forms, scissor doors, power and performance. This affection led to the publication and success of the Manga named “Countach” published in 28 volumes starting in 2004 by the Shueisha publishing house and drawn by Haruto Umezawa. The story’s main character, Sorayama Shun, dreamt since childhood of becoming a racing driver and owning a Countach LP 400 in the future. Twenty-five years later, thanks to his efforts to see his wish come true and with a bit of luck, he manages to get his own Countach, which ends up being the protagonist of various adventures and racing challenges. It is a coveted series, now sought after by enthusiasts all over the world and quite rare to find complete. 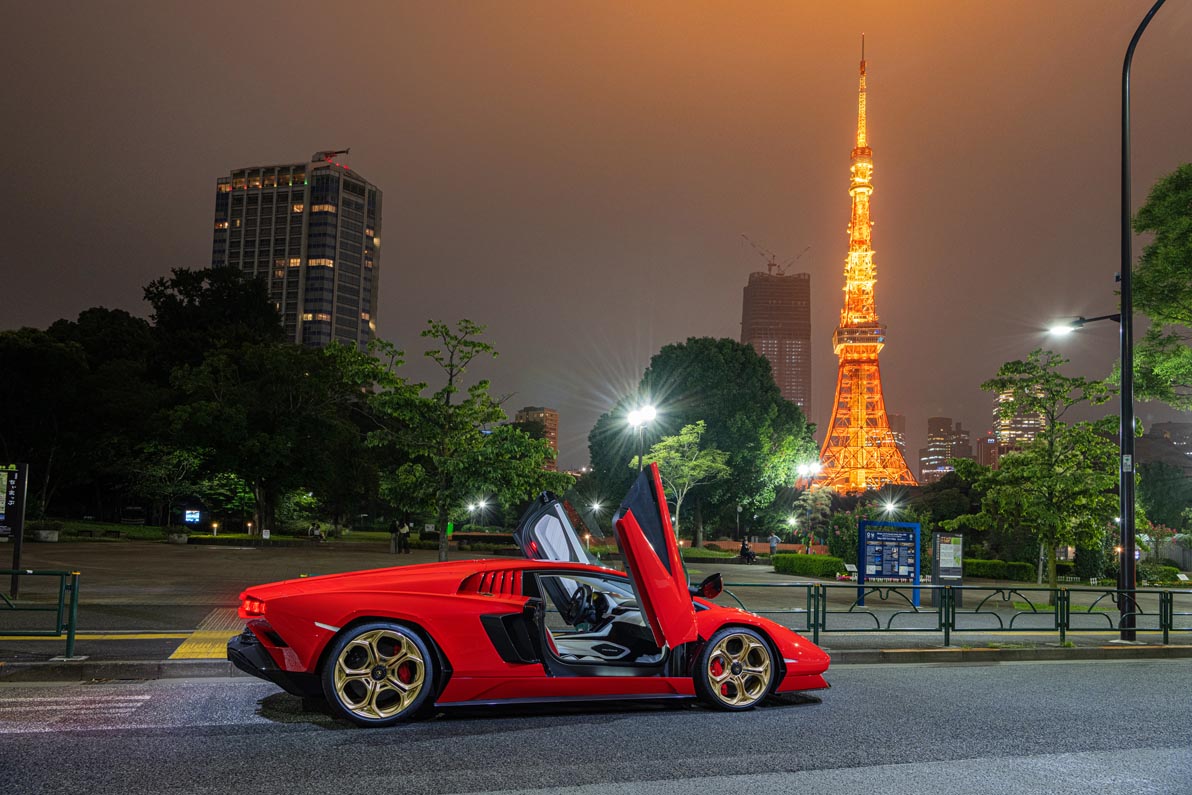 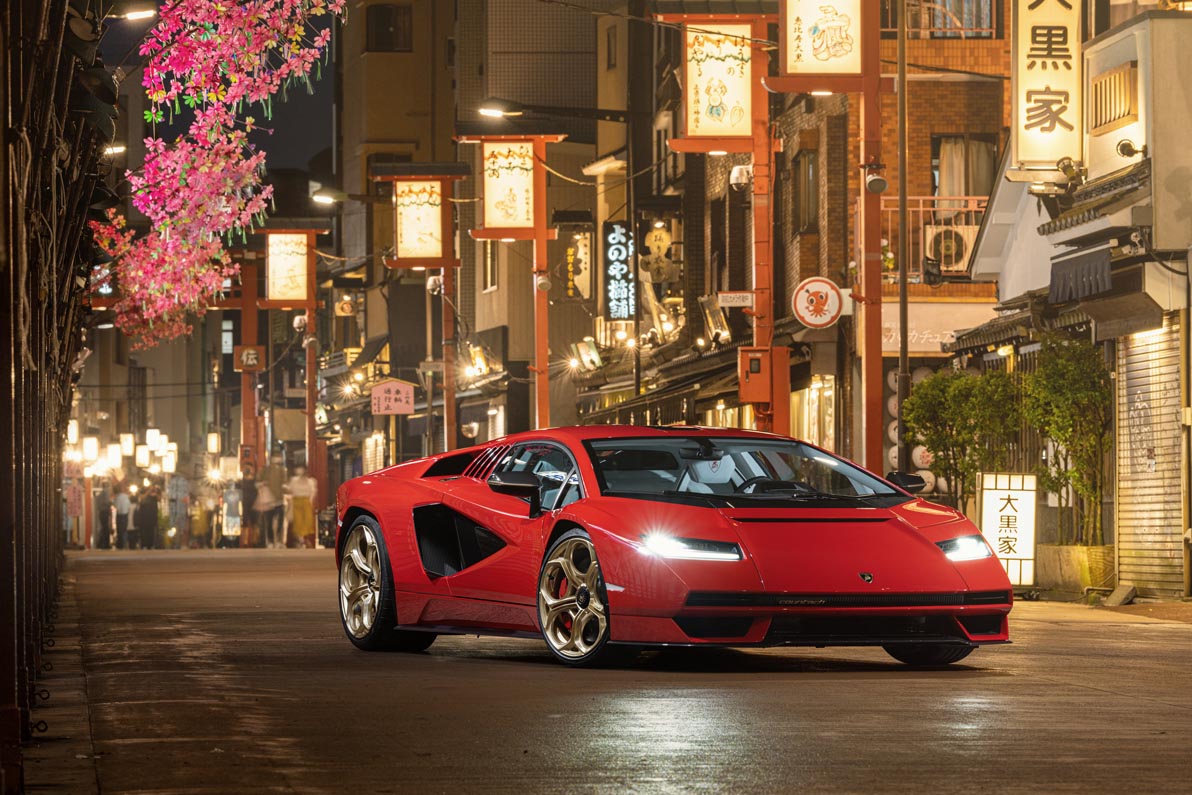 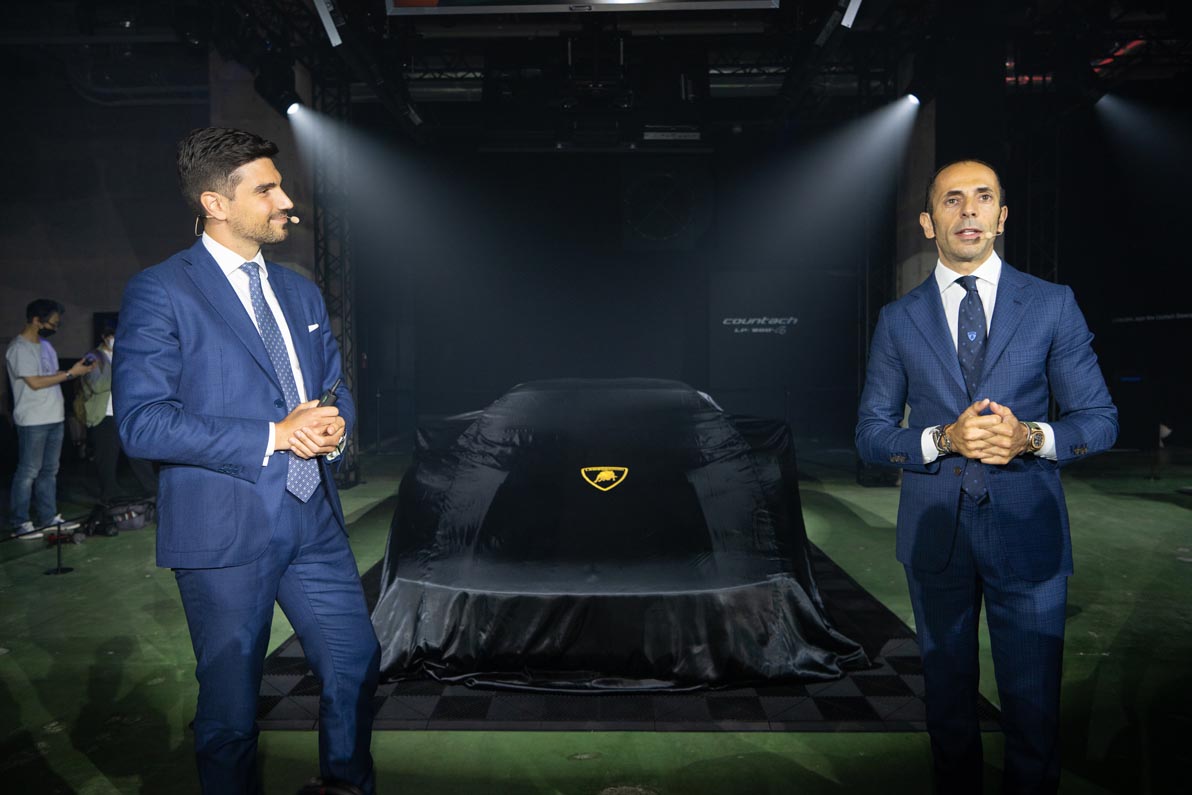 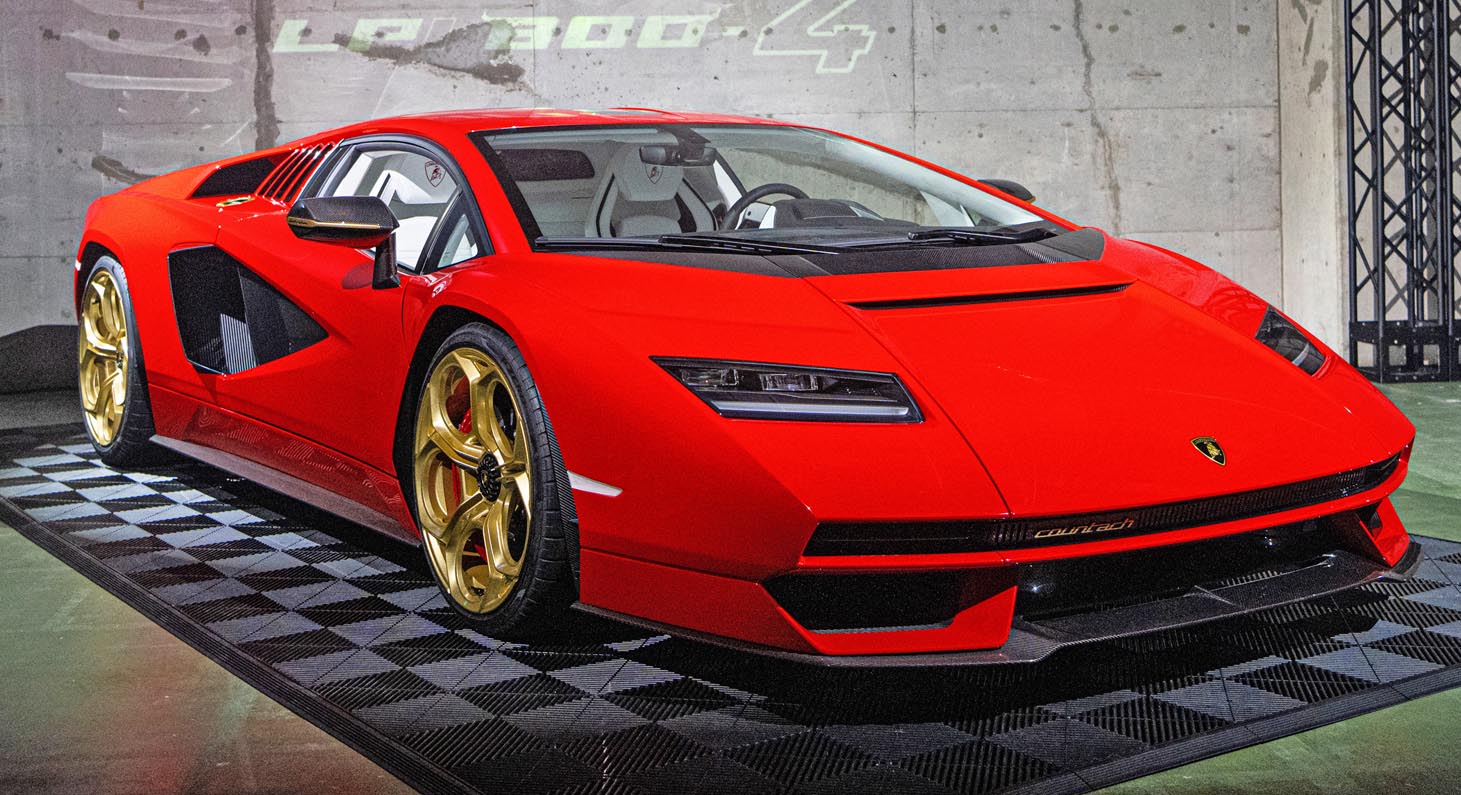 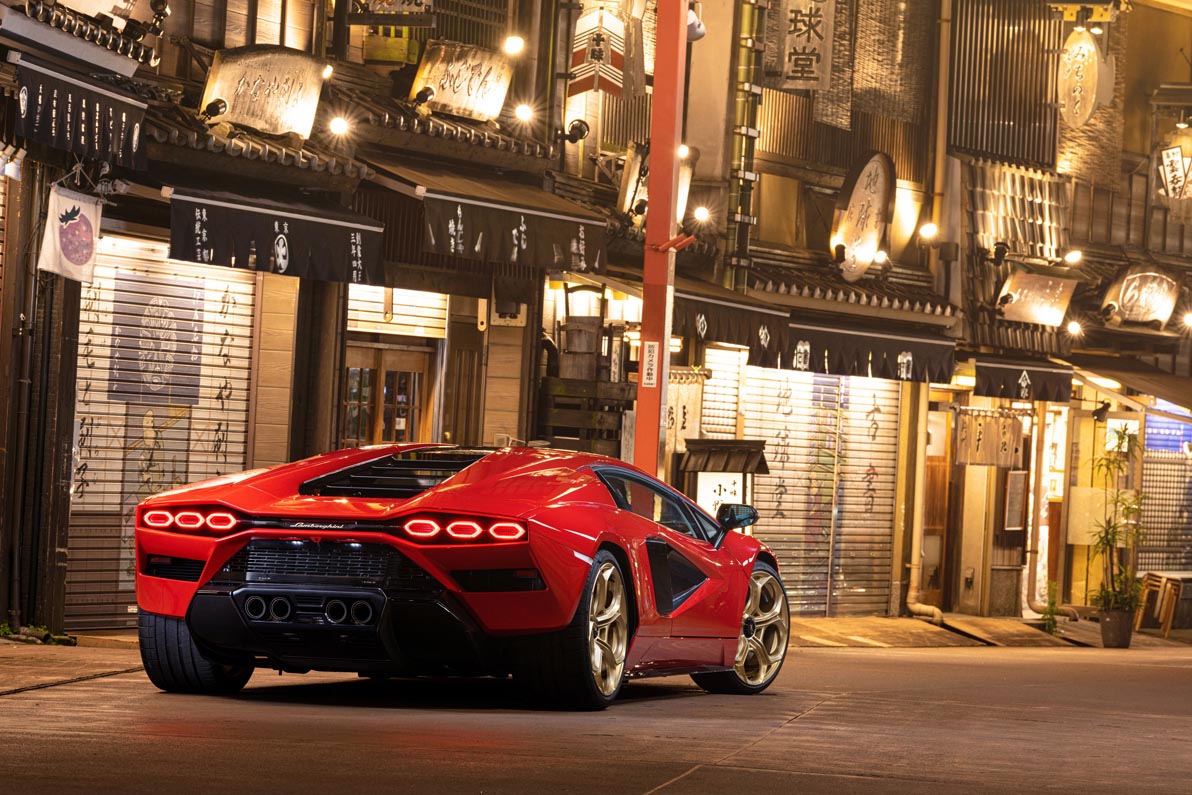 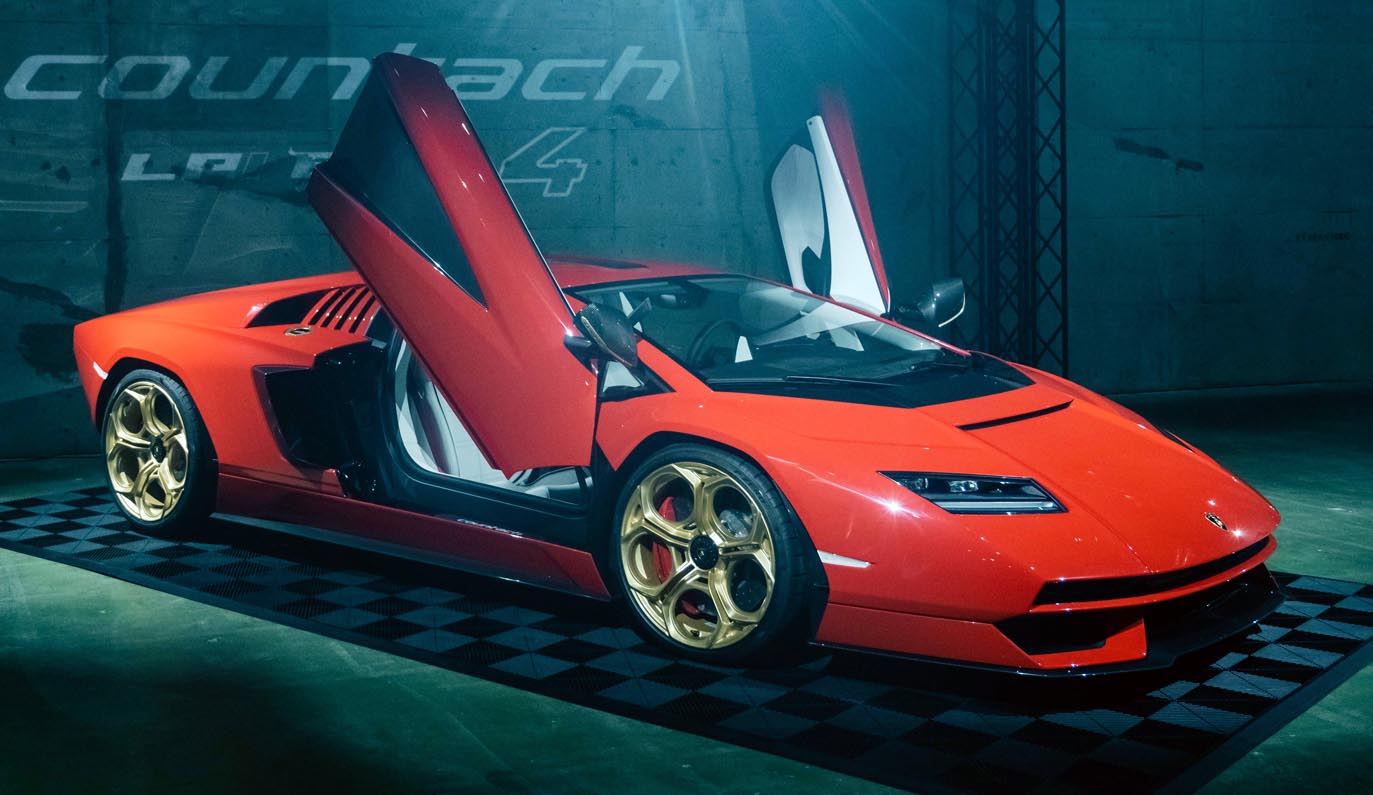 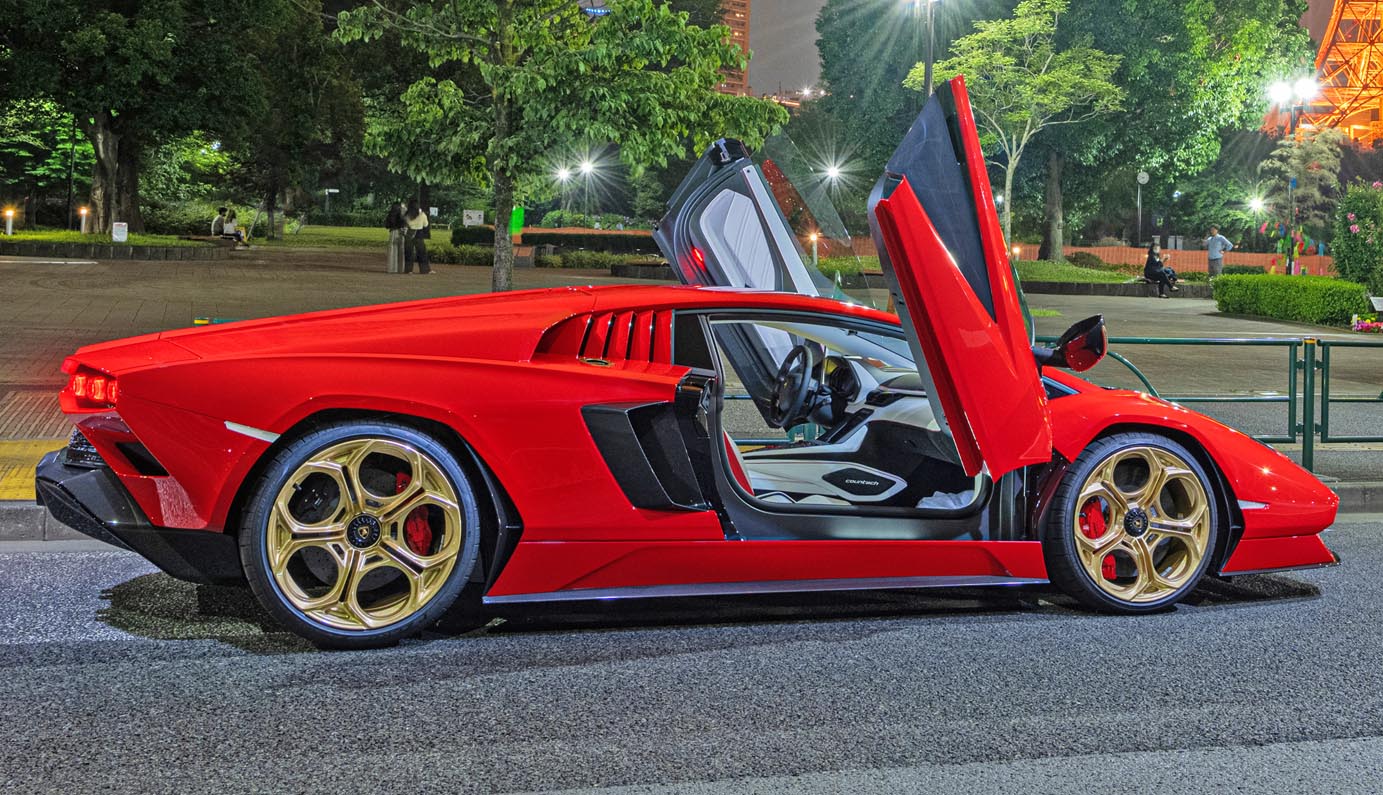 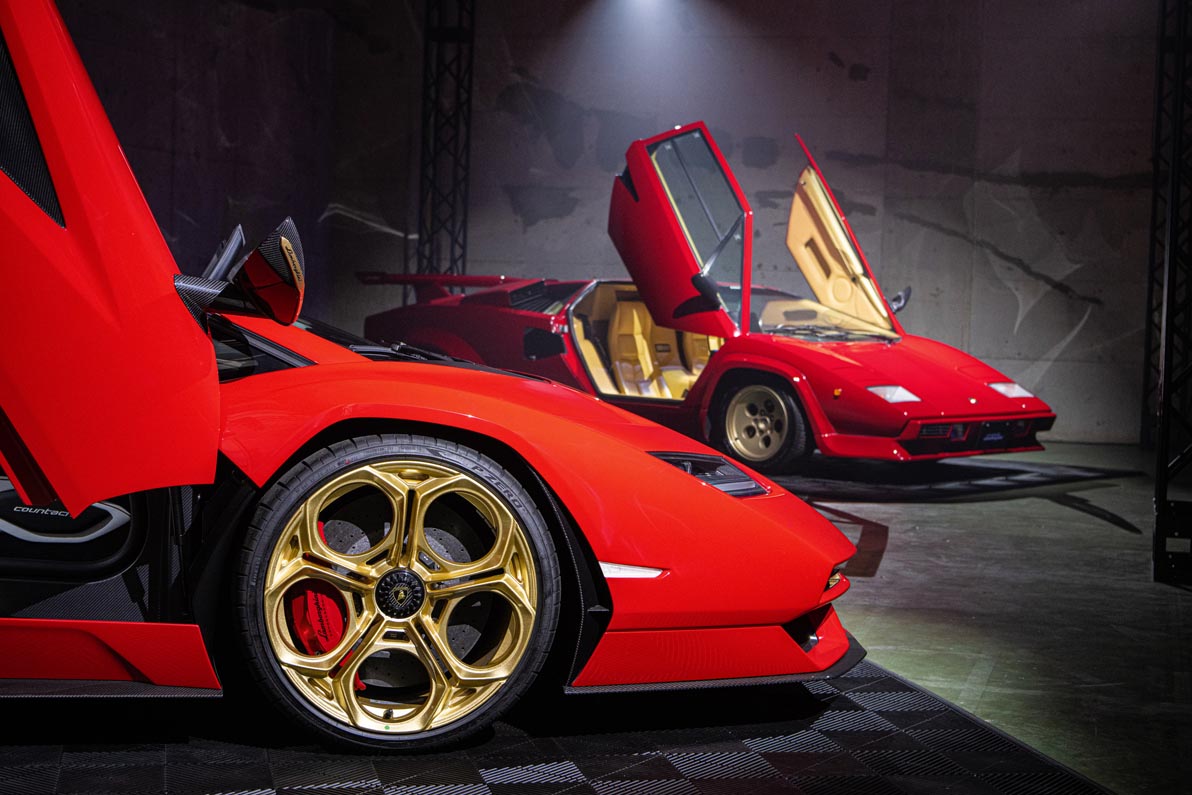 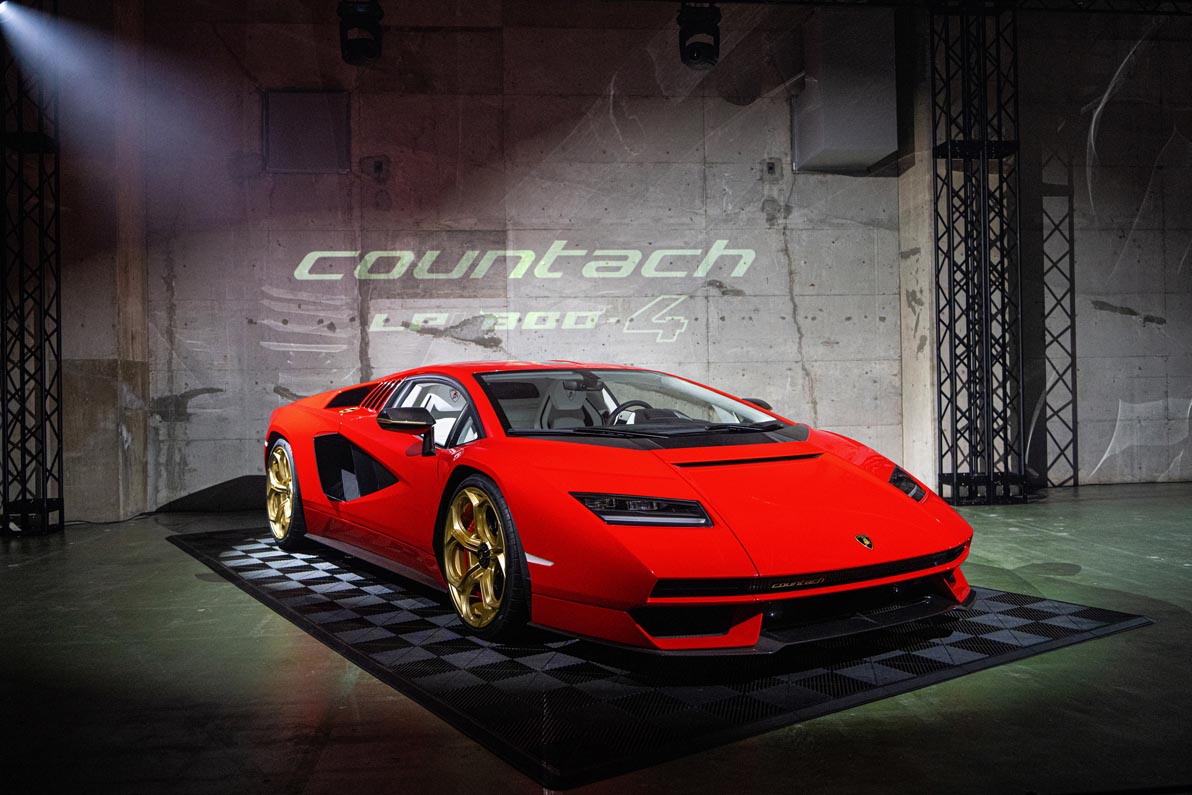 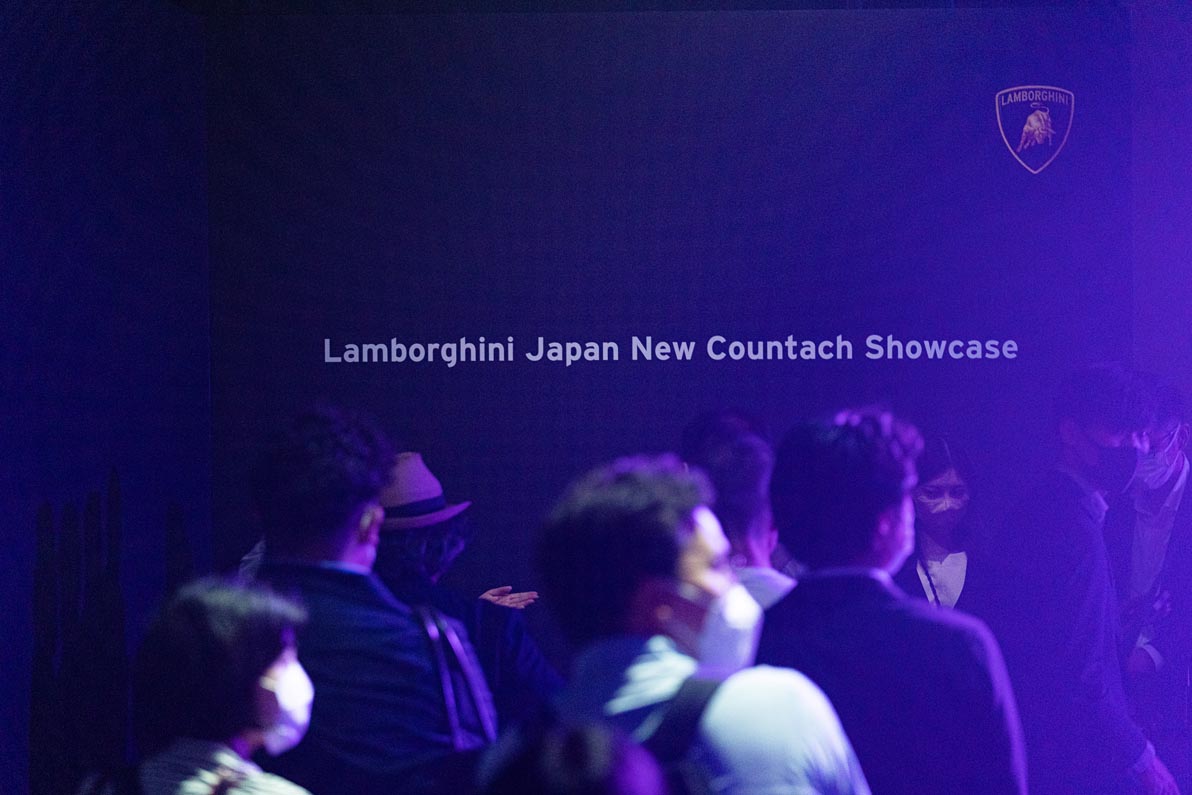 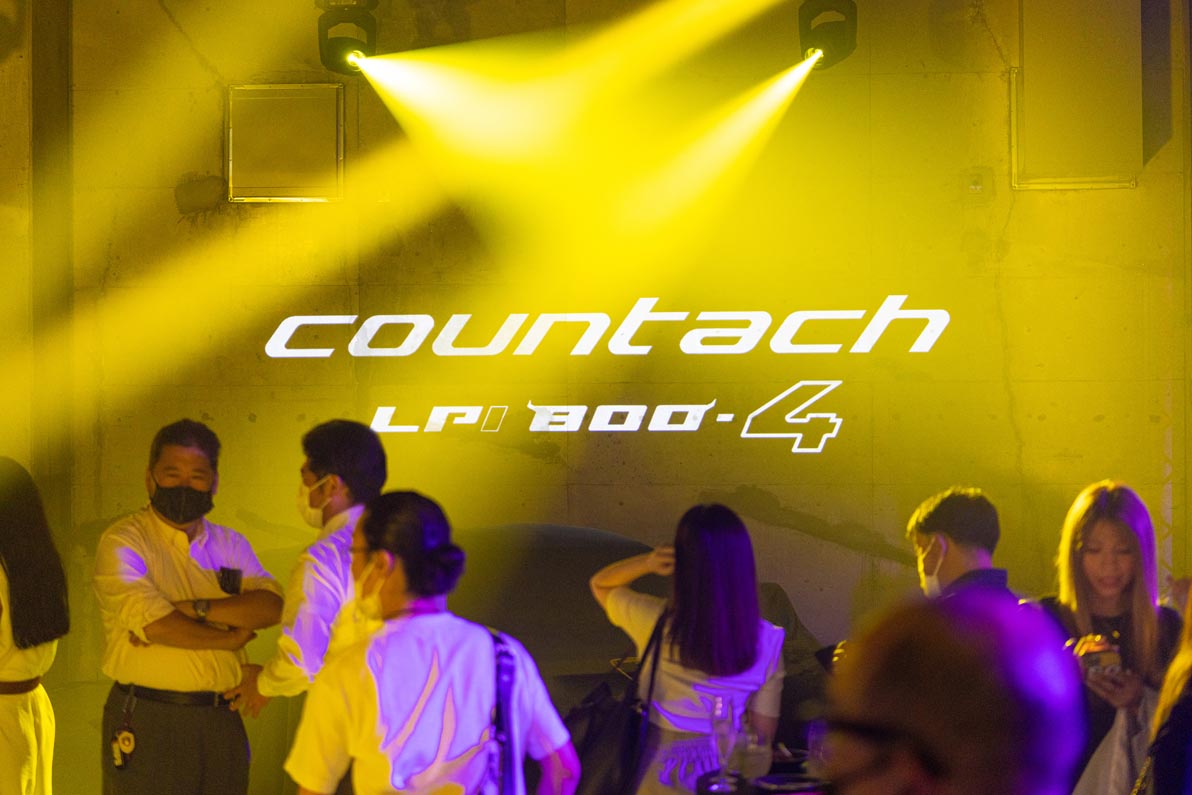 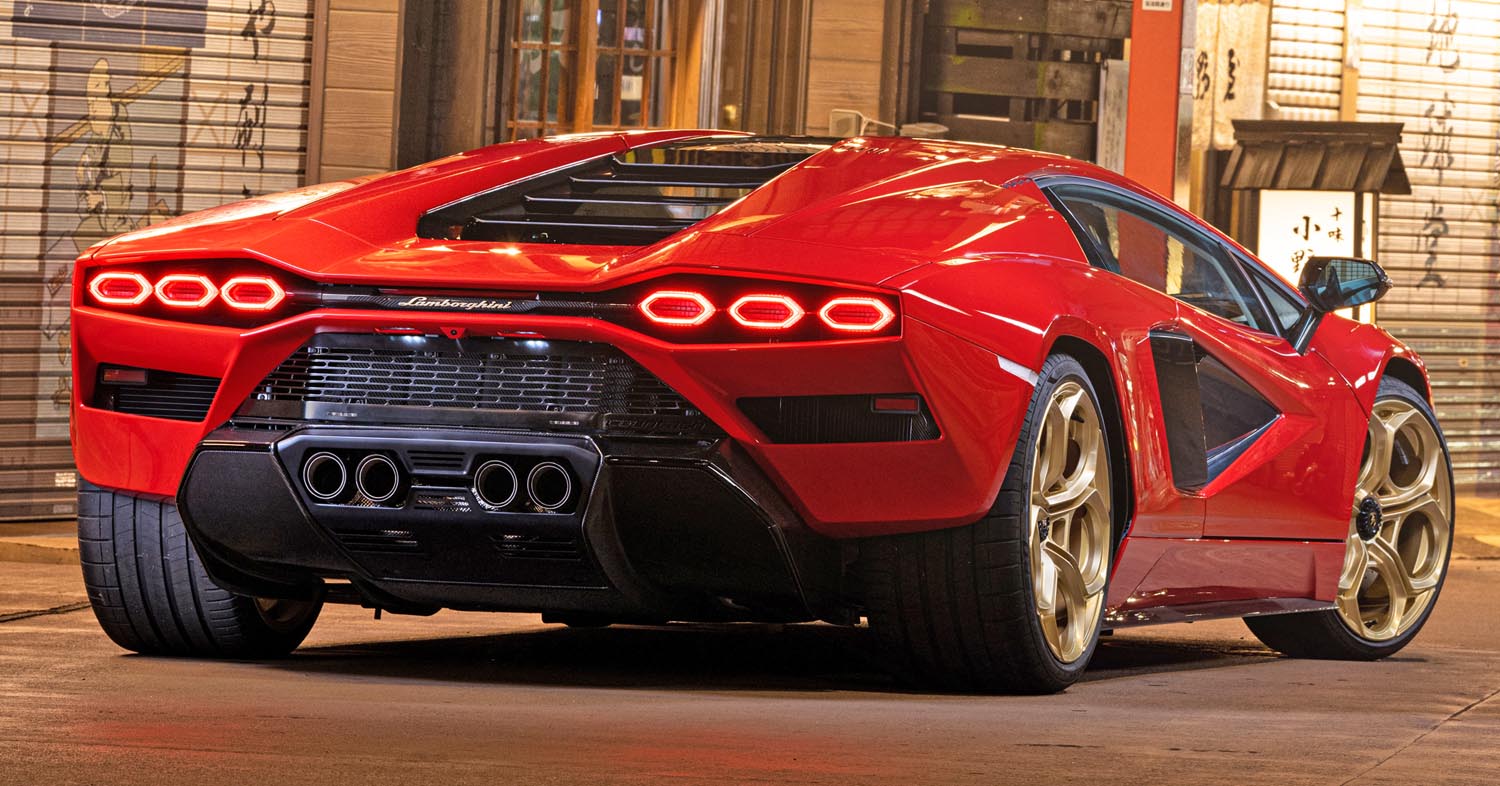 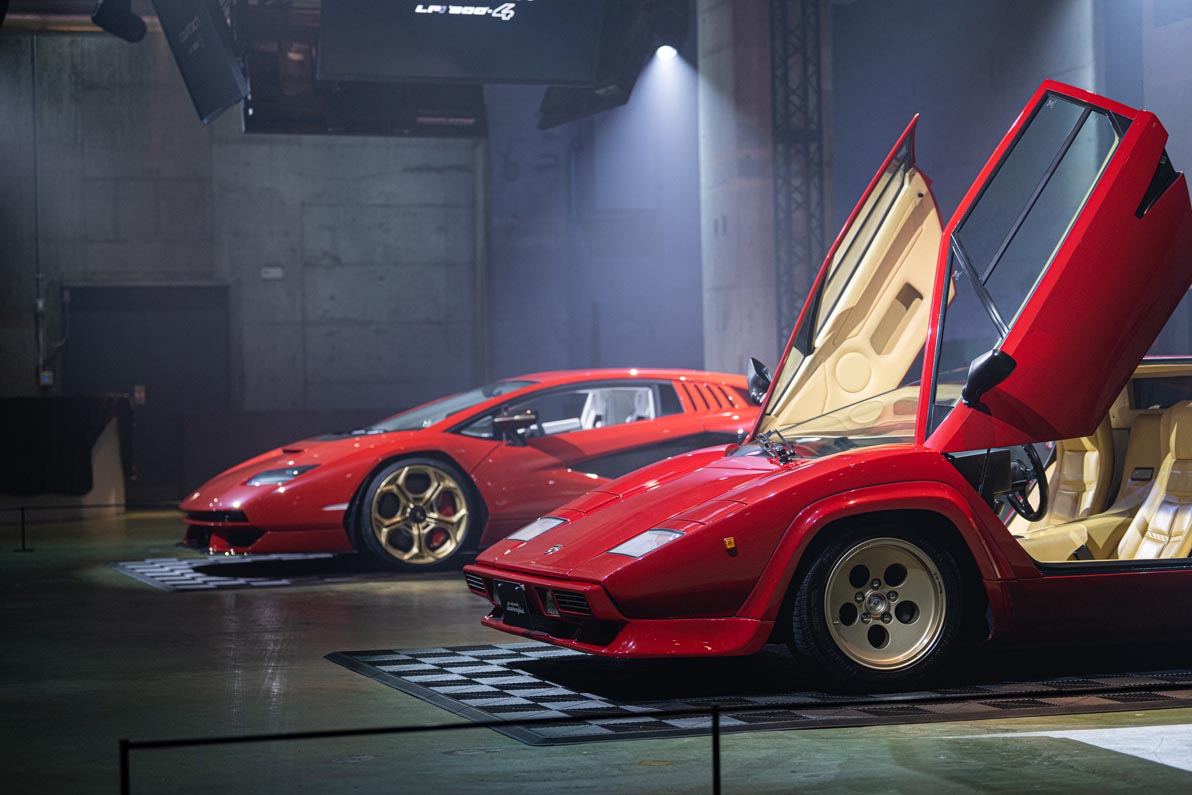 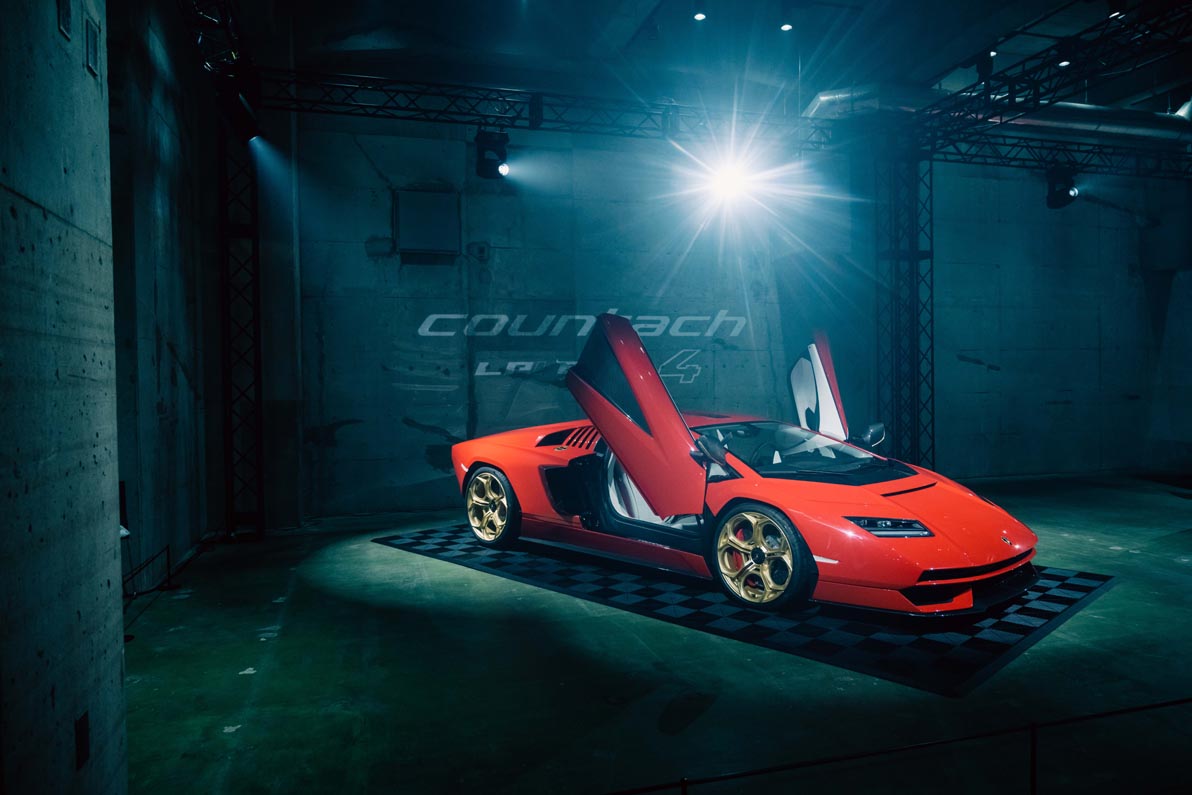